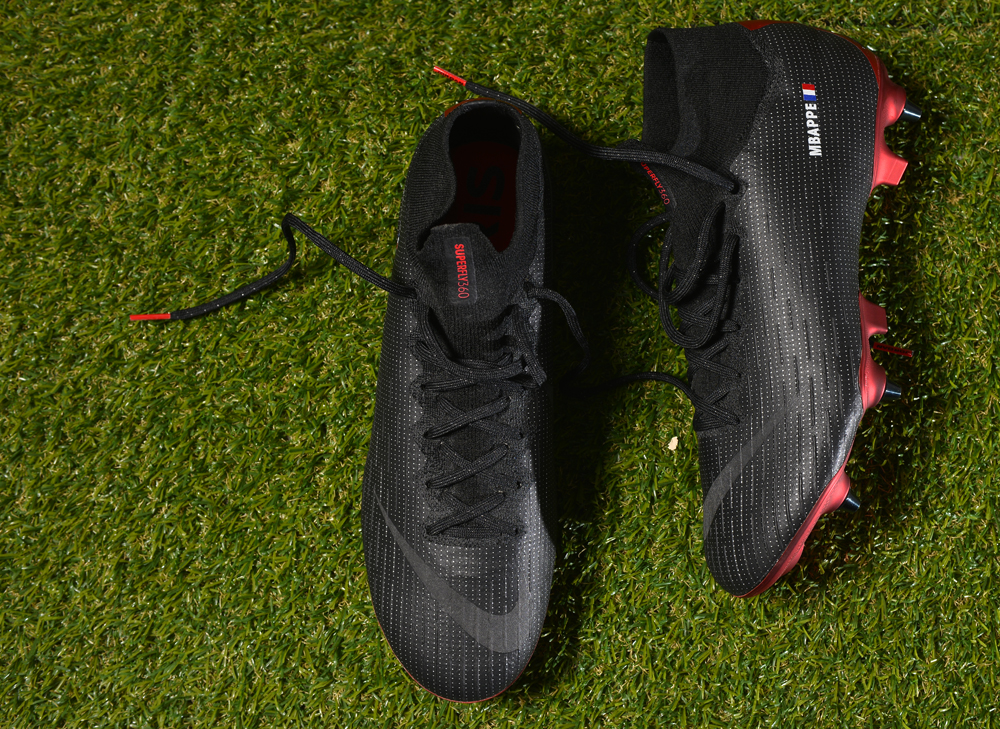 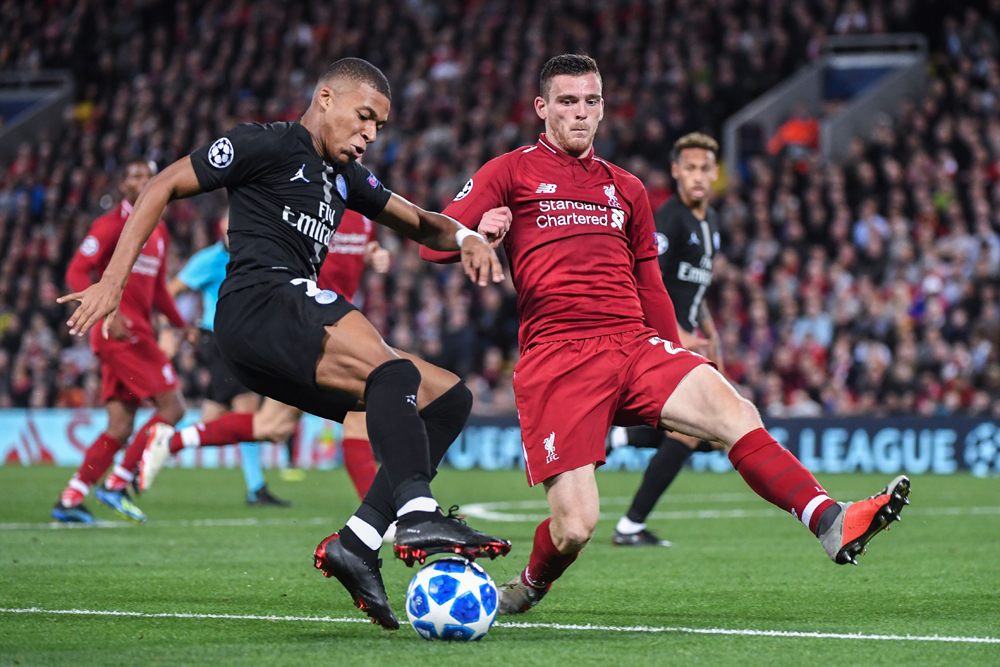 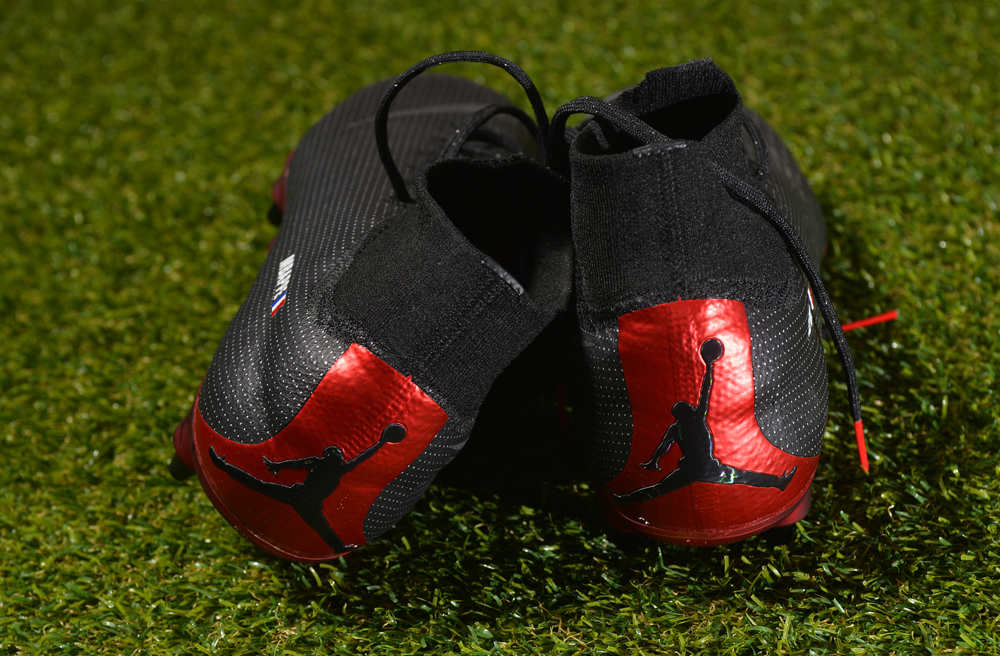 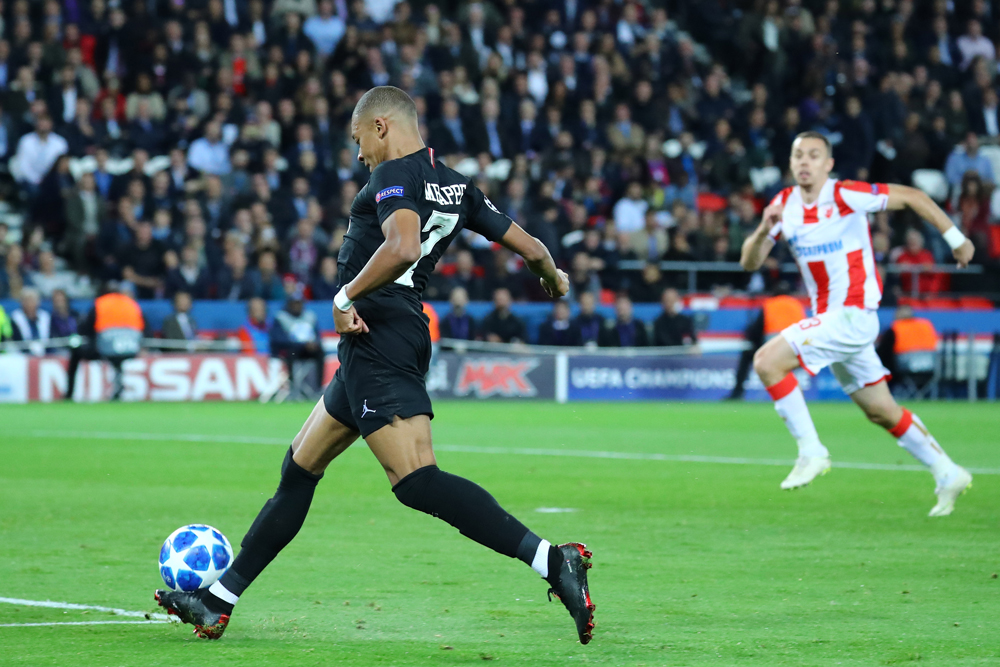 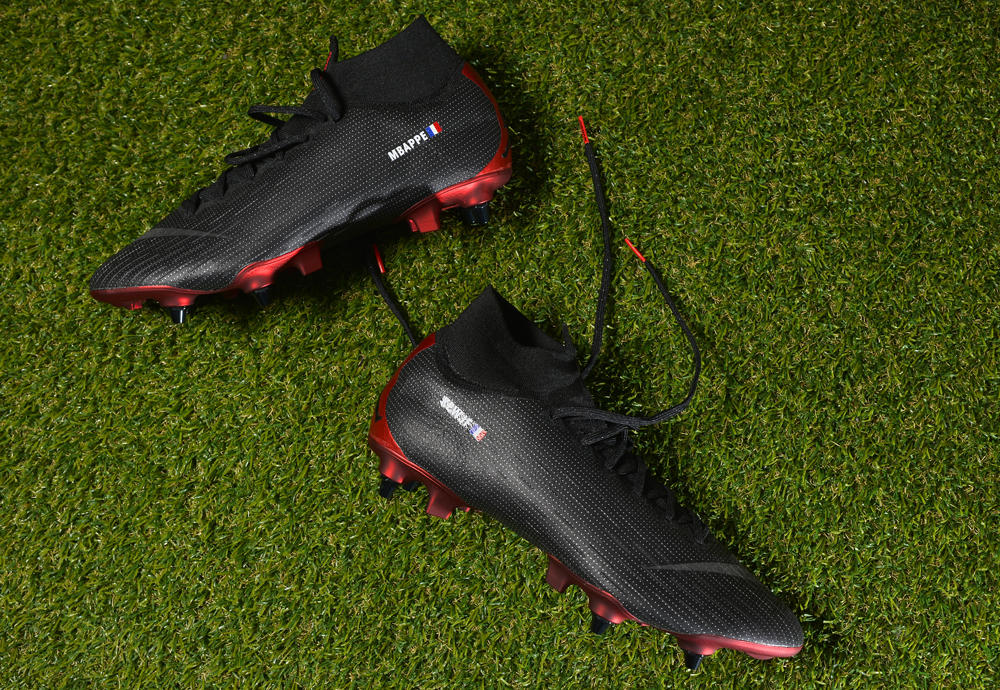 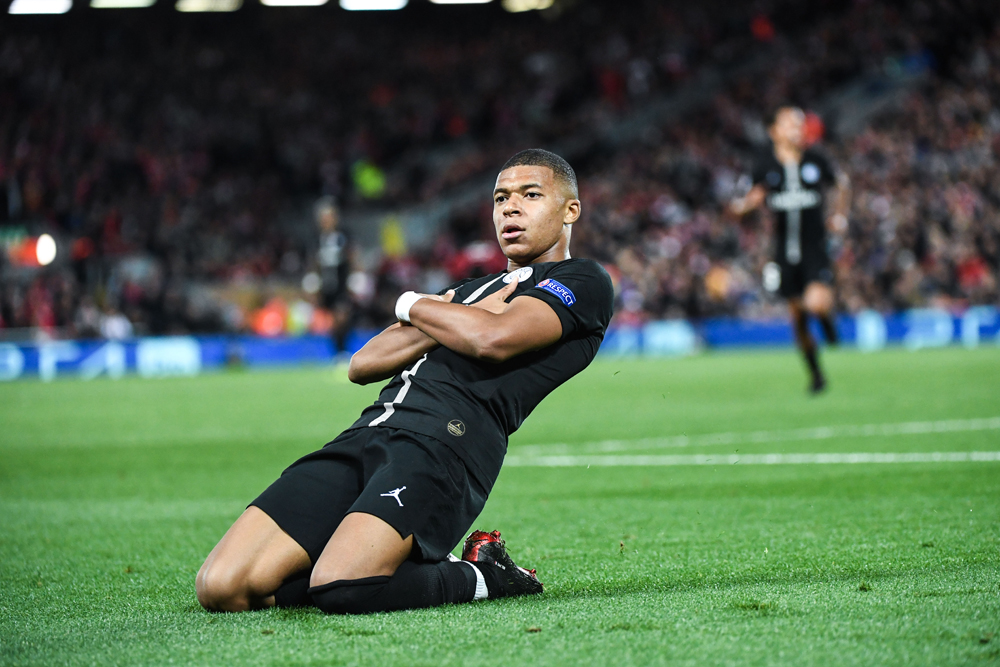 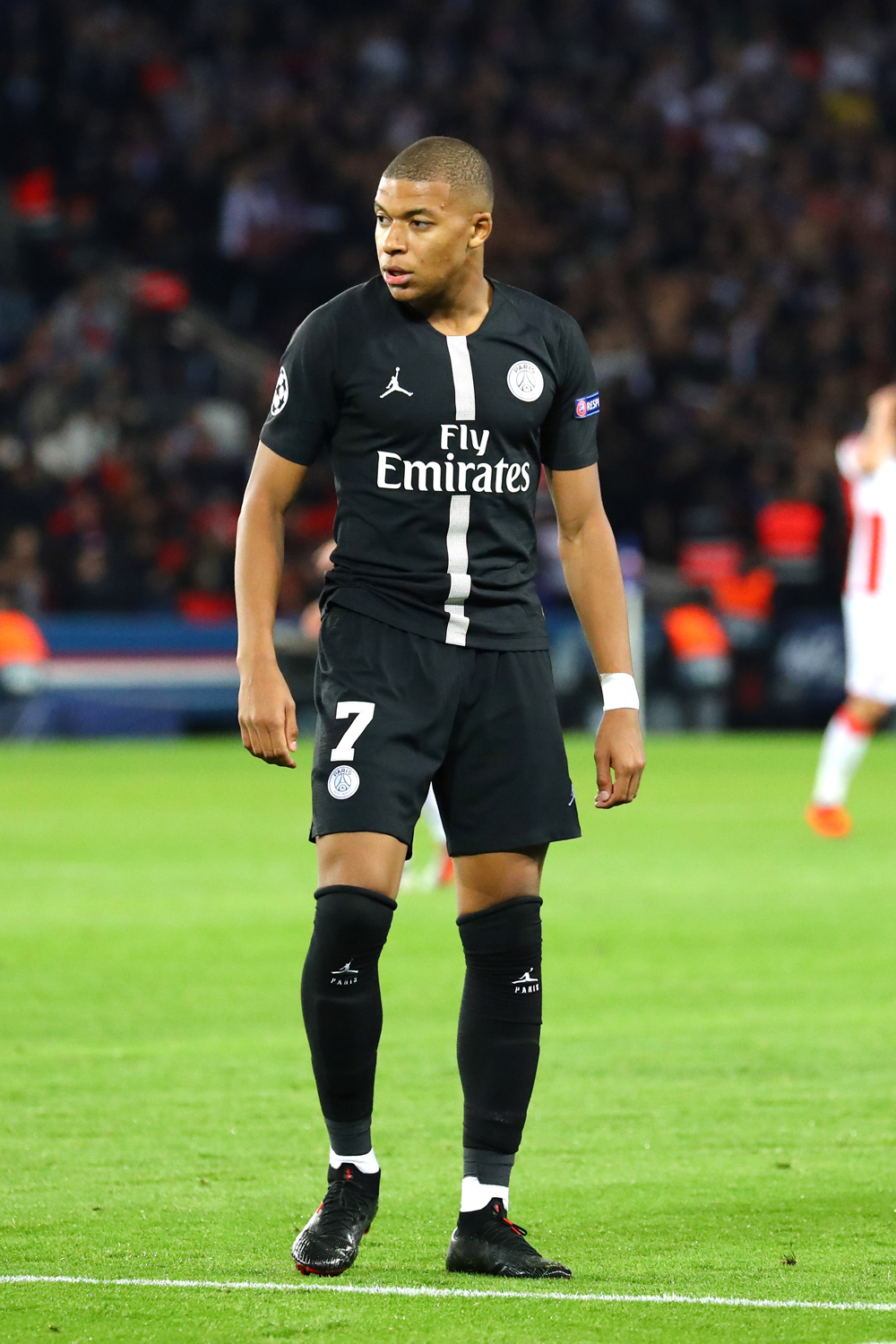 These boots were worn by Kylian Mbappe in very few games of the season 2018/2019. They are part of “The Jordan Paris Saint-Germain” collection released by Nike to celebrate the partnership with the French club. The boots are set to be launched at the same time as the Nike x Jordan PSG collection and they were released in a very low number. The soleplate used by Mbappe is also custom made compared to regular shop’s ones. In July 2018, Mbappé was given the number 7 jersey for the upcoming season with PSG, taking up the squad number vacated by Lucas Moura. Sporting the hashtag #K7LIAN, Mbappé stated, “I keep trying to progress on the pitch and I think that, for me, it was the right time to change number. It is something of an affirmation. The No. 7 shirt is a legendary one and many greats have worn it. I hope that I will be able to do this number justice on the pitch. In his first appearance of the season, Mbappé scored twice in the last 10 minutes as PSG won 3–1 against Guingamp in Ligue 1. In the following league game, the front three of Mbappé, Cavani and Neymar all scored in a 3–1 win over Angers at home, with Mbappé – starting his first game of the season – scoring from a volley and setting up Neymar to score the third.[50] On 1 September, he scored and assisted in a 4–2 away win over Nîmes, but was sent off for the first time in his career with a straight red card in injury time, after shoving Téji Savanier in retaliation for a late challenge from behind, for which Savanier was also sent off. Regarding his sending-off, Mbappé told reporters after the match, “If I had the chance to do it over again, I would do the same thing. I will apologise to the supporters and everybody, but I cannot tolerate this sort of thing.” On 8 October, Mbappé scored four goals in just 13 minutes in a 5–0 home victory over Lyon and became the youngest player (19 years and 9 months) to score four goals in one game in Ligue 1 over the last 45 seasons. On 3 December, Mbappé was the inaugural winner of the Kopa Trophy, which is awarded by France Football to the best player in the world under the age of 21. On 19 January 2019, Mbappé was one of two players (the other being Cavani) to score a hat-trick in a 9–0 win over Guingamp, breaking a record PSG set the previous season. On 12 February, he scored a goal in a 2–0 win over Manchester United at Old Trafford in the Champions League round of 16. On 2 March, he scored twice in a 2–1 away win over Caen to reach his 50th goal with the club. On 21 April, he scored a hat-trick in a 3–1 win against Monaco, to be his first goals against his former club. PSG finished the season as Ligue 1 champions, with Mbappé winning the Player of the Year award, while also finishing the season as the top goalscorer with 33 goals. 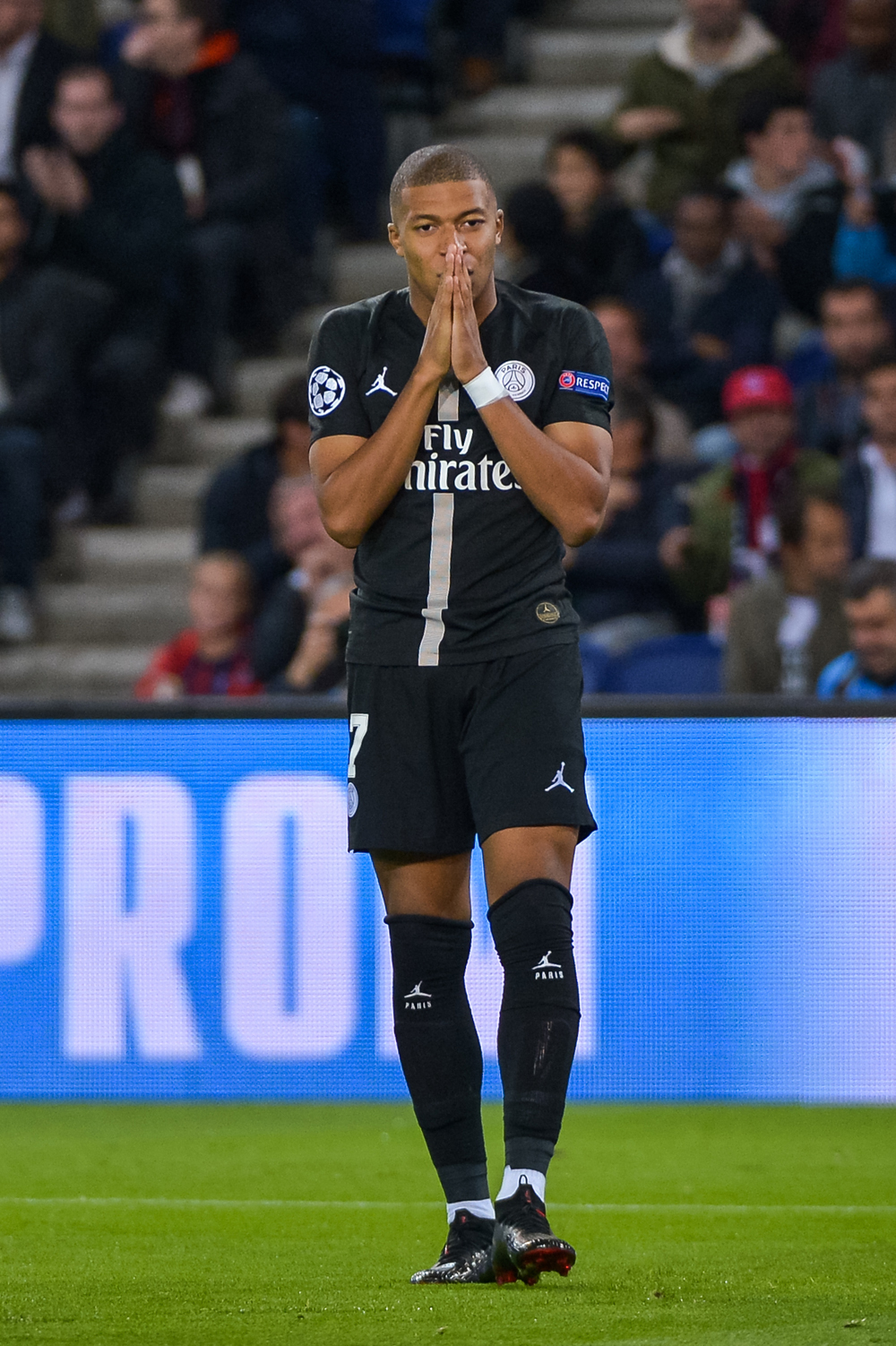 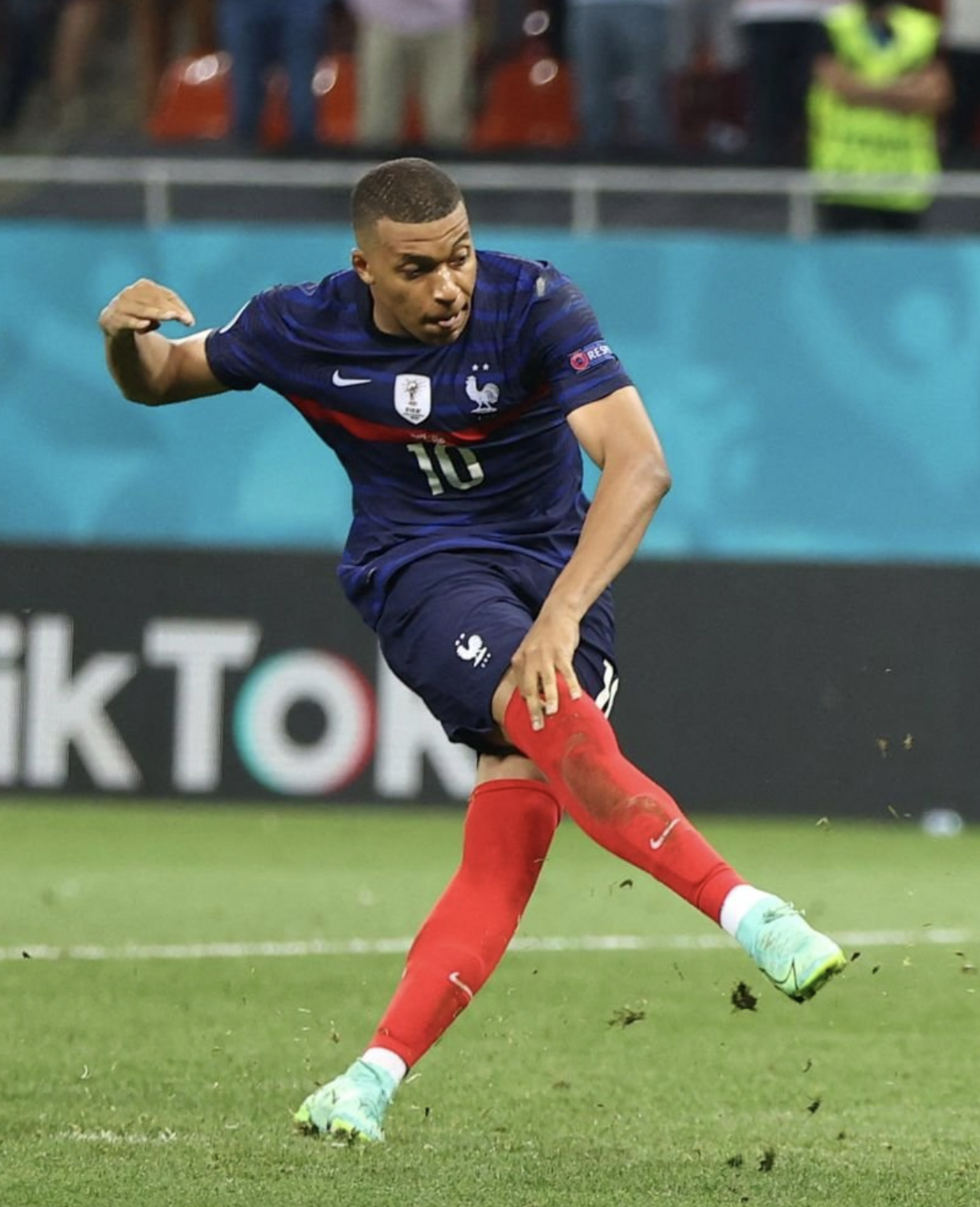 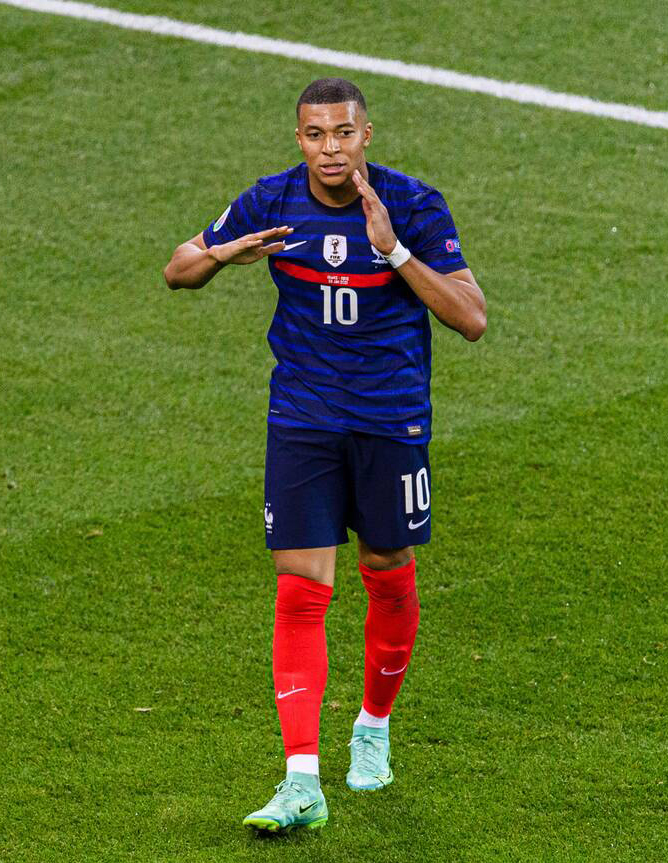 These boots were worn by Kylian Mbappè during the Uefa “Euro 2020” competition in particular they are very recognizable from the footages of the round of 16 game against Switzerland which took place in Bucharest, “Arena Națională” on June 28th 2021. So these boots were worn in the same game of the shirt above. They are very recognizable from some stains clearly visible on game’s footages. UEFA Euro 2020 was postponed for a year because of the COVID-19 pandemic. On 18 May 2021, Mbappé was called up for the France squad for UEFA Euro 2020, his second major international tournament. On 15 June, Mbappè scored one goal and later assisted one, both of which were later deemed to be offside, in a group stage match against Germany. On 28 June, he provided the assist for Karim Benzema’s first goal in France’s match against Switzerland in the round of 16. After a 3–3 draw, the game went to a penalty shoot-out; Mbappé failed to score the decisive fifth penalty, and France were eliminated from the tournament. Mbappé failed to score in any of the four games France played in the competition. 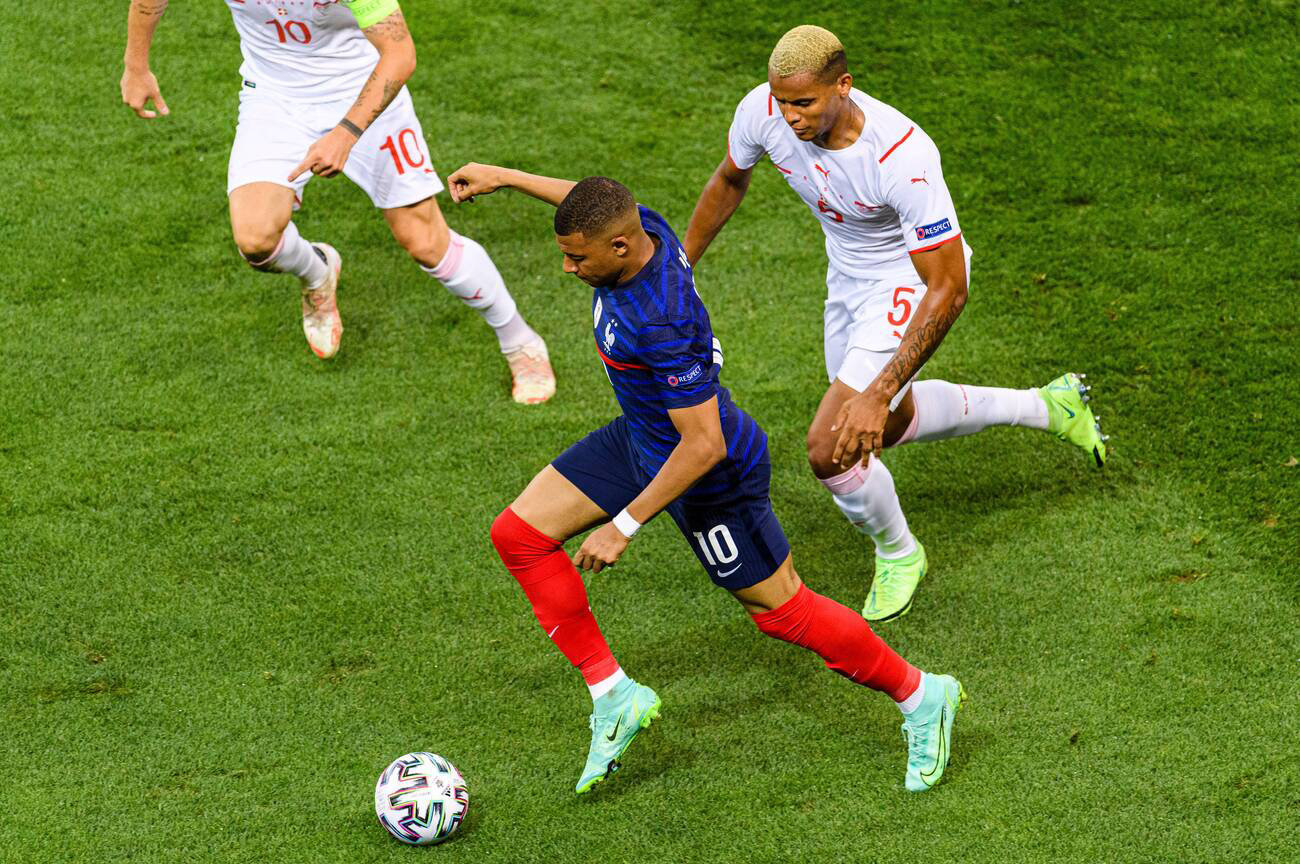 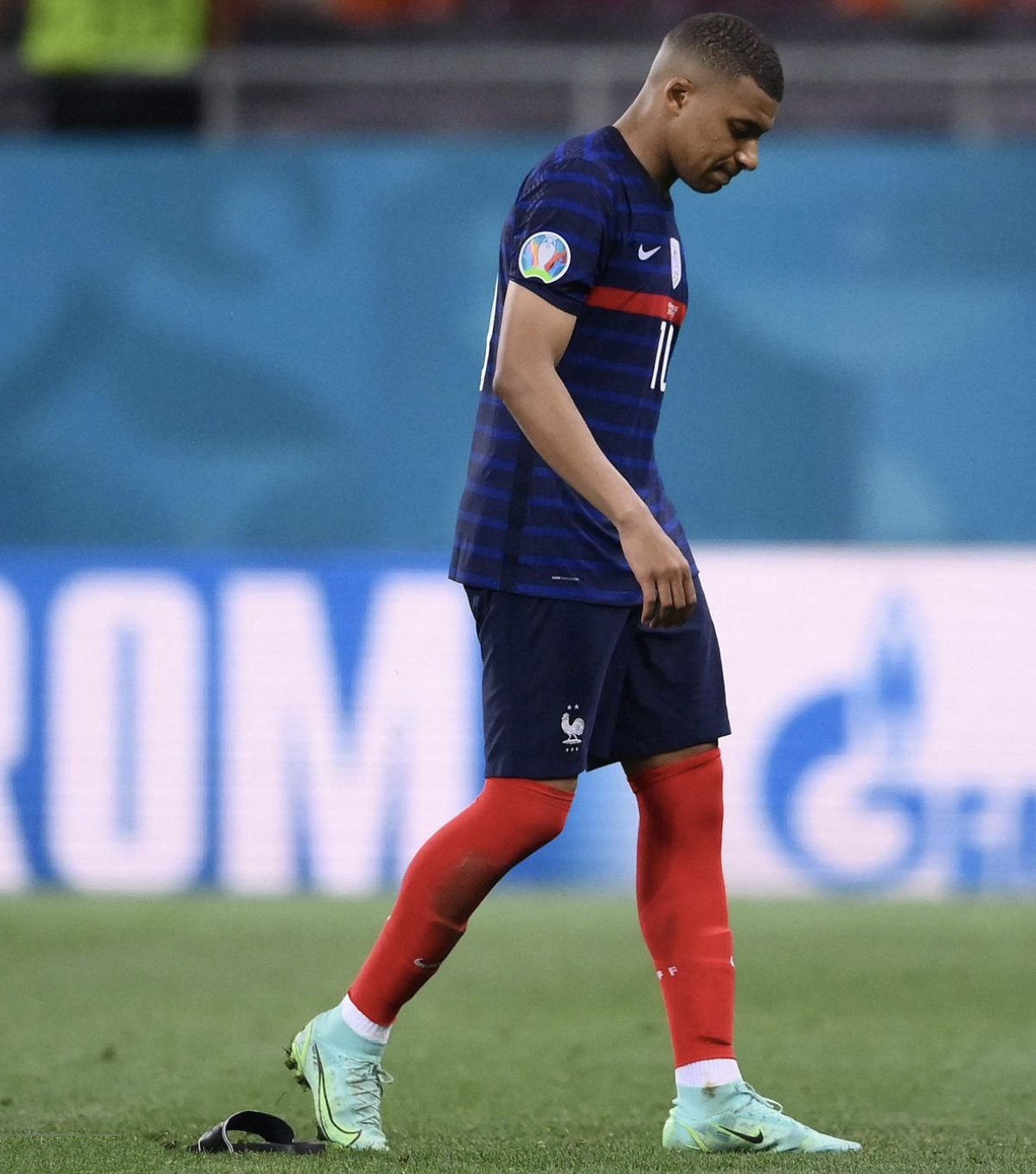 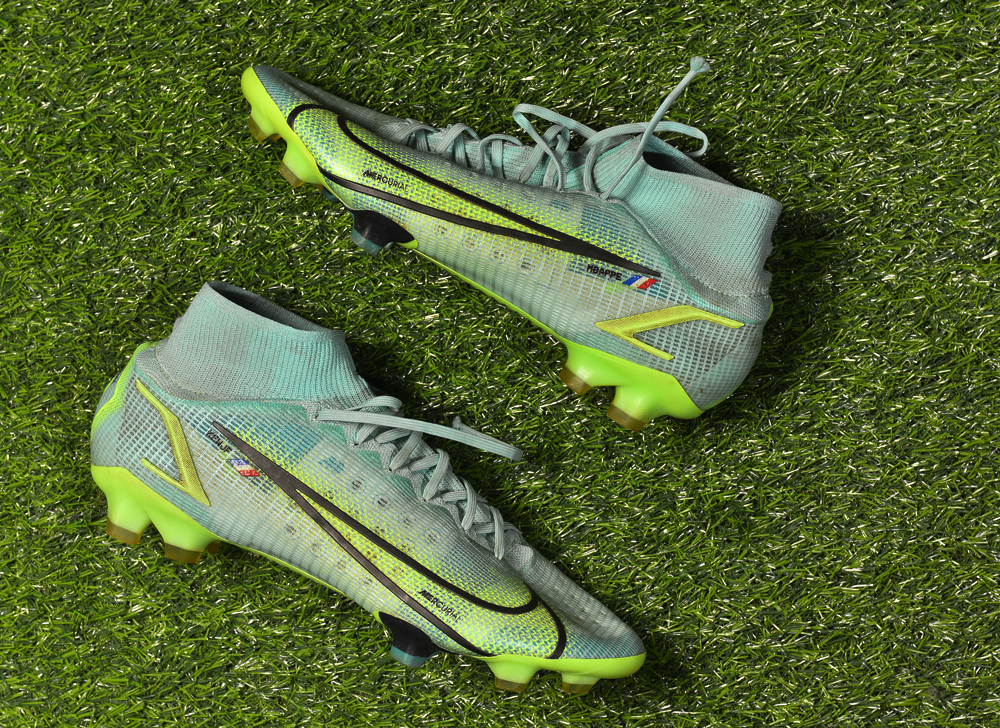 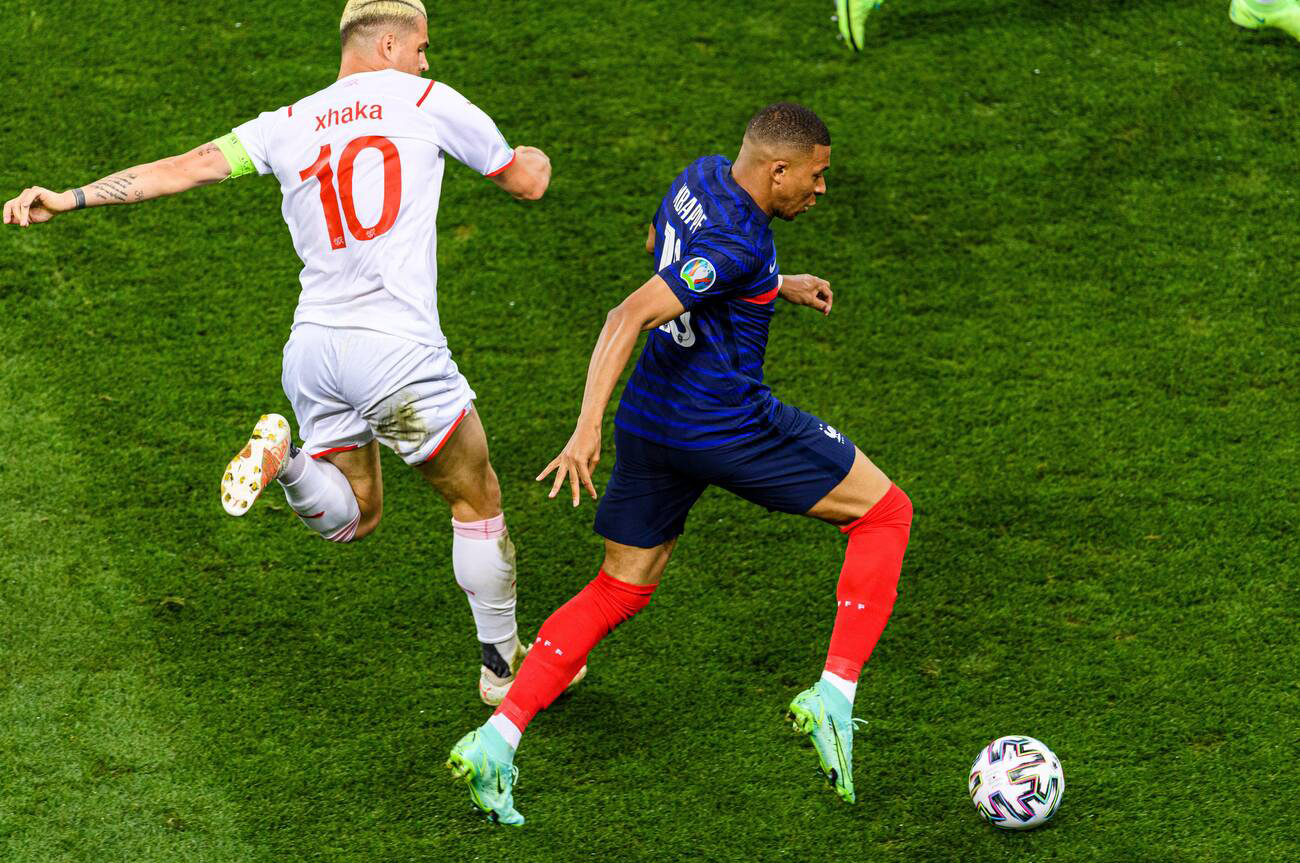 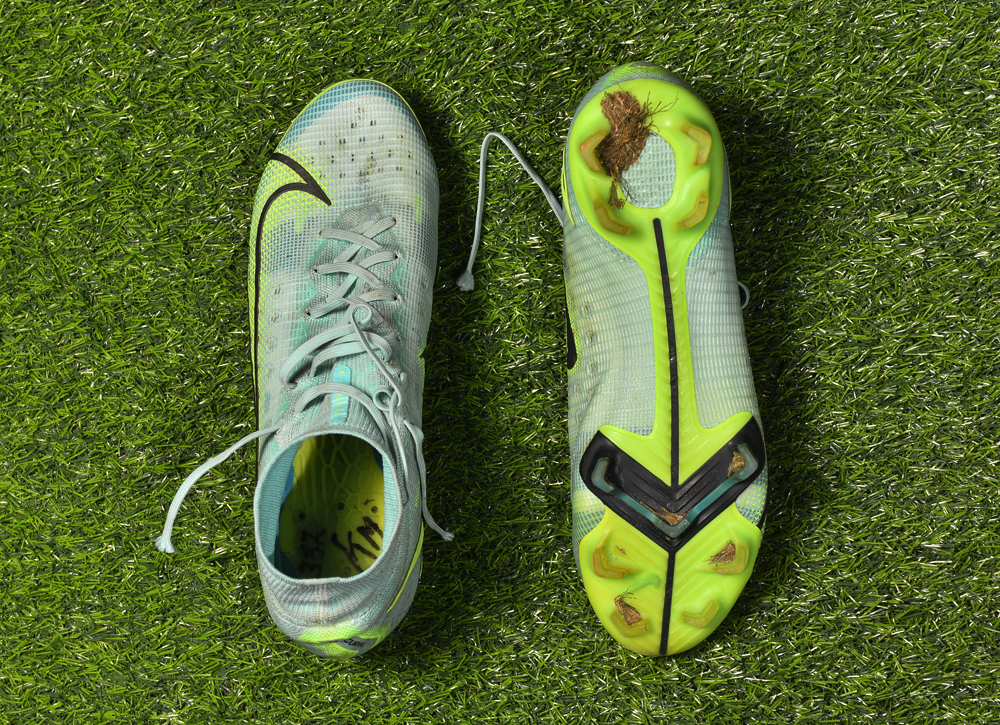 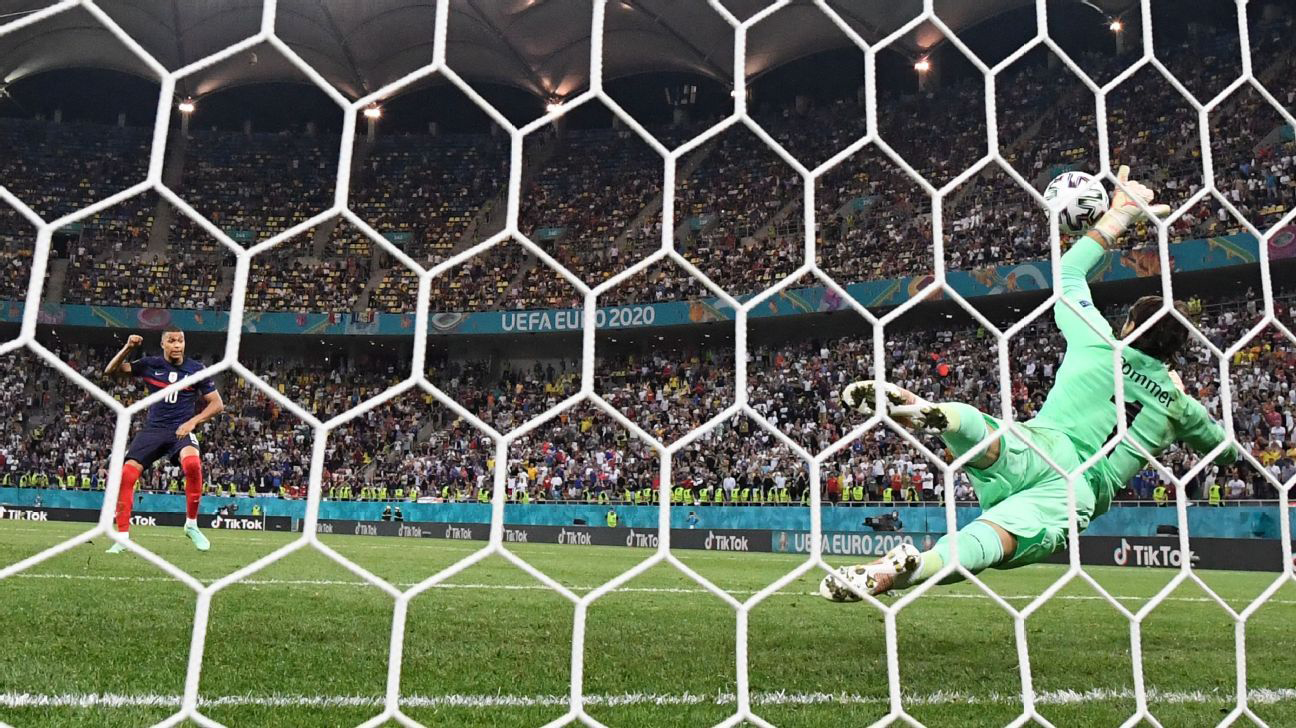 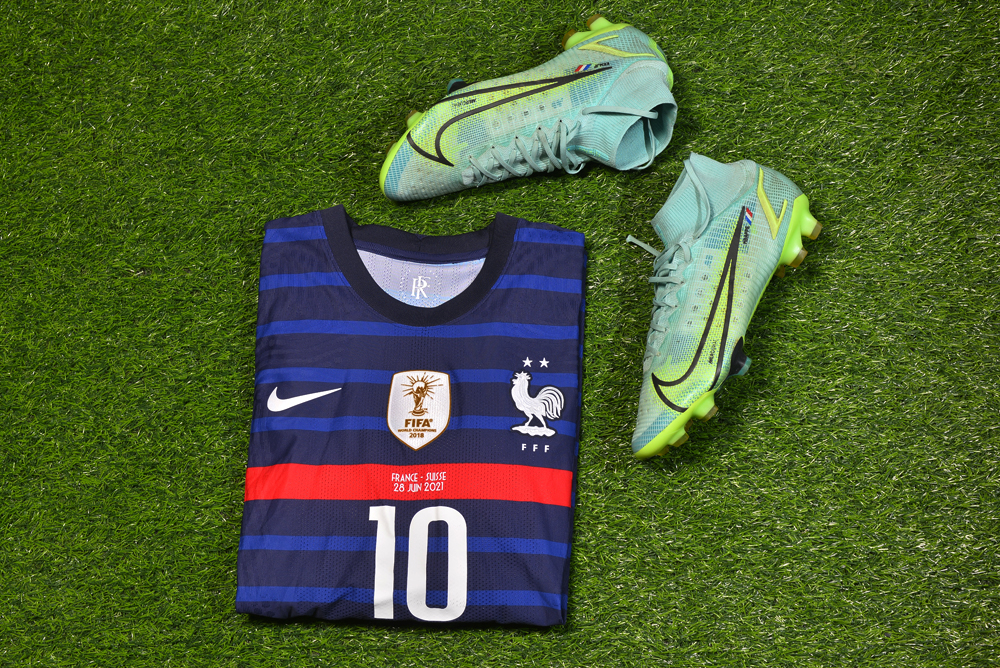 Grosso Grosso2023-01-24T16:40:29+00:00
Page load link
This site uses cookie technology, including third parties' ones. If you want to know more click here. If you access any element of this site outside this banner, you consent to the use of cookies. Ok
Go to Top