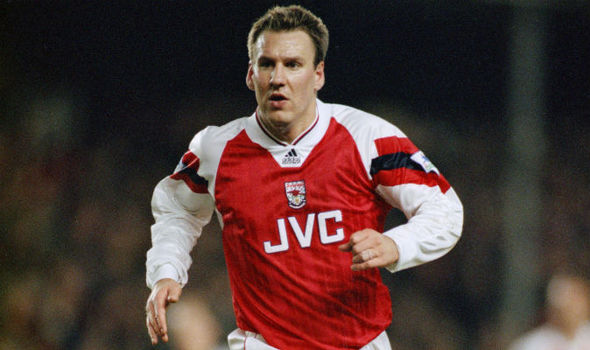 Paul Charles Merson is an English former professional footballer, turned football television pundit. Originally a forward, Merson found success as an attacking midfielder and playmaker later in his career. After making his debut for Arsenal in the 1986–87 season, Merson went on to play eleven seasons with the North London club. While with the Gunners, Merson was a key player in the club’s success under Scottish manager George Graham, winning the Football League Championship twice, the FA Cup, the Football League Cup, and the European Cup Winners’ Cup. In 1997, he joined Middlesbrough, helping the club gain promotion to the Premier League and finish as runner-up in the 1997–98 Football League Cup. After joining Aston Villa in 1998, Merson went on to become club captain and played for the team in 2000 FA Cup Final, the last ever to be held at the original Wembley Stadium. In 2002, he signed for second-tier Portsmouth and captained the club to the First Division Championship title and promotion to the Premier League. A year later, he returned to the West Midlands with Walsall, where he went on to serve as player-manager until he was sacked in February 2006. He had short spells with non-league clubs Tamworth, Whitton Athletic and Welshpool Town, making his final appearance in 2012 at the age of 43. Merson was capped 21 times for the England national football team and represented the nation at 1992 UEFA European Championship and the 1998 FIFA World Cup. 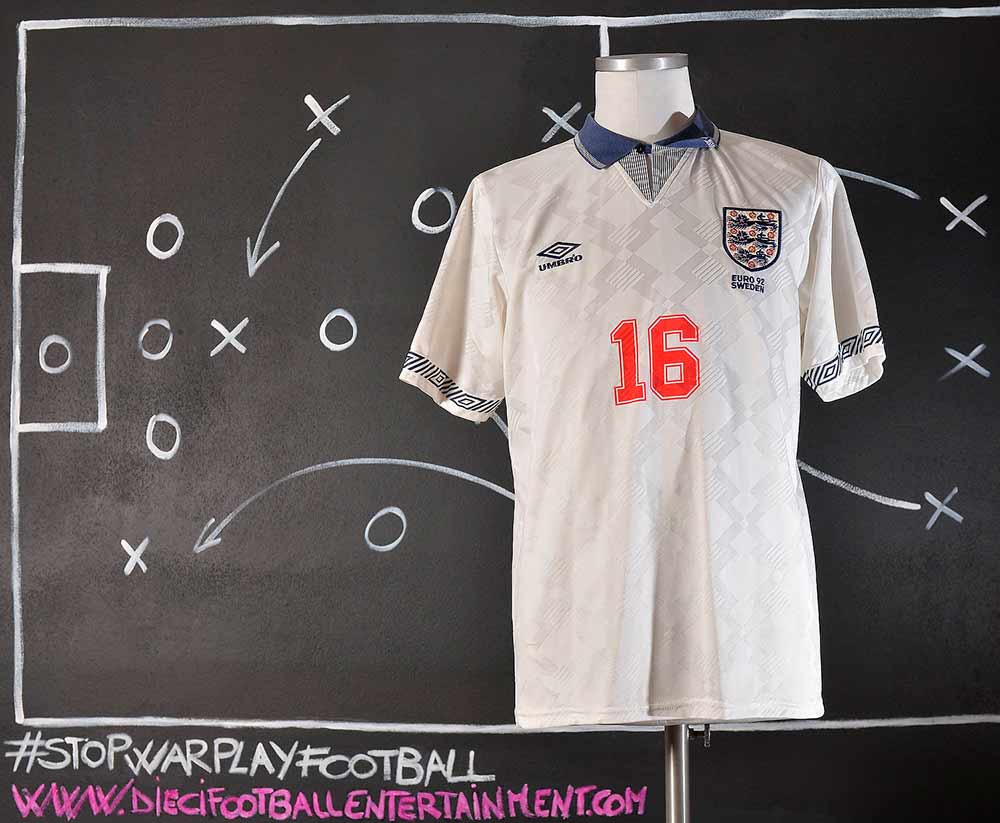 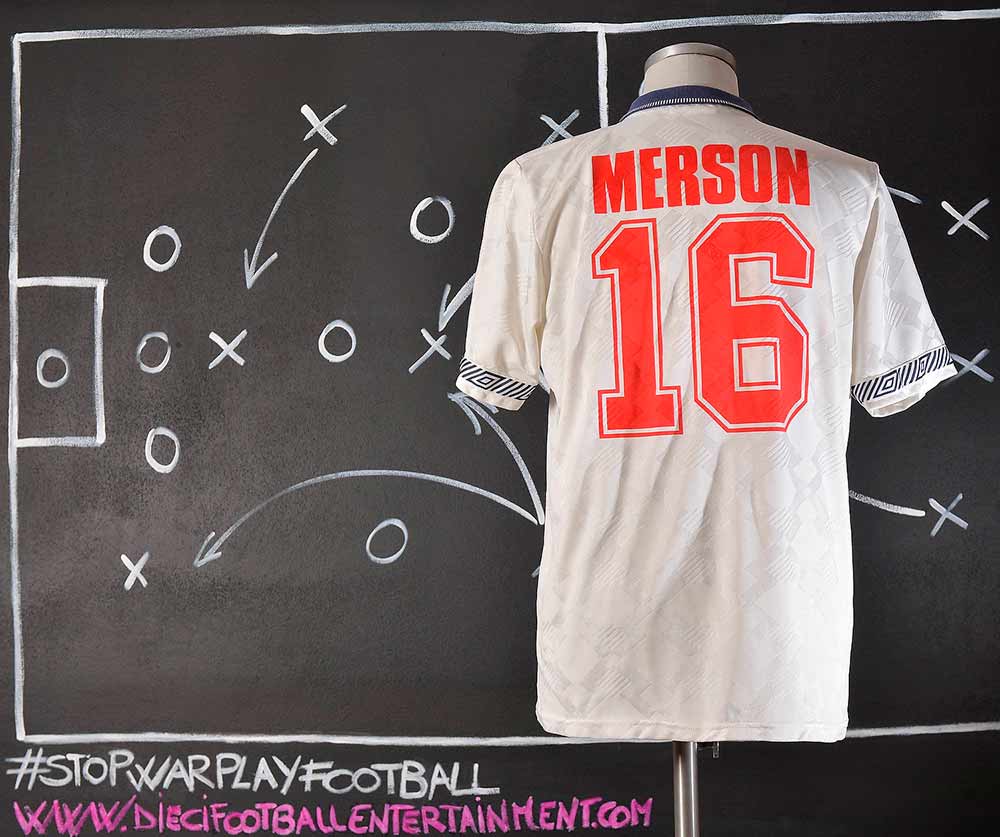 Merson first played for the England national team in 1991, being called up by Graham Taylor. He made his debut for the full England side, in a friendly against Germany on 11 September 1991. He participated in the 1992 European Championships in Sweden. He played in the opening 0–0 draw with Denmark. England went out after another 0–0 draw against the French and a 2–1 loss to hosts Sweden. Merson also played a part in the failed campaign to qualify for the 1994 FIFA World Cup. He played in the opening game, a 1–1 home draw with Norway. He next played against the Netherlands as a substitute for Paul Gascoigne who was injured. England were leading 2–1, but crucially conceded a late penalty for a 2–2 draw. Merson also played in the 1993 US Cup against Brazil and Germany, nearly scoring in a 2–1 defeat to the later, Bodo Illgner saving from a 20-yard shot. He returned for the critical and controversial 2–0 defeat against the Dutch in Rotterdam. Merson nearly equalised the opening Dutch goal, and hit the post with a free-kick. England failed to qualify for the World Cup. Taylor’s successor, Terry Venables, told Merson that he would not get into the team owing to his life style of heavy drinking. In his book, How Not to be a Professional Footballer, Merson refers to an incident in Chicago while on duty with England during the US Cup. After drinking he wandered off into the city on his own. Merson ended up in a dangerous area and was involved in trying to break up a fight while very drunk himself. When the combatants turned on Merson, he fled back to the hotel. The next morning the FBI came to the hotel and briefed the players on the dangers in the city. They expressed surprise that Merson was not injured in the incident. Merson held the distinction of being the only player in England’s 1998 FIFA World Cup squad not to play for a top flight club. In that tournament, he played in England’s famous second round match against Argentina, scoring in the penalty shootout, although England eventually lost. 1998 marked the end of Merson’s international career after 21 full caps in seven years, in which he scored three times. 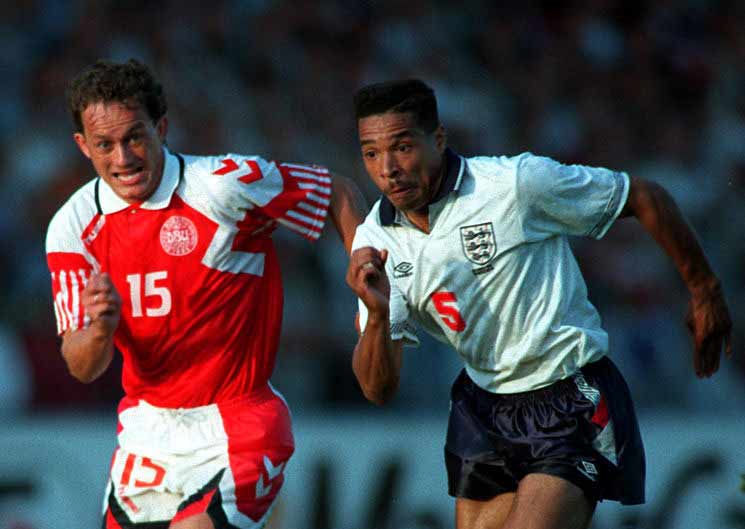 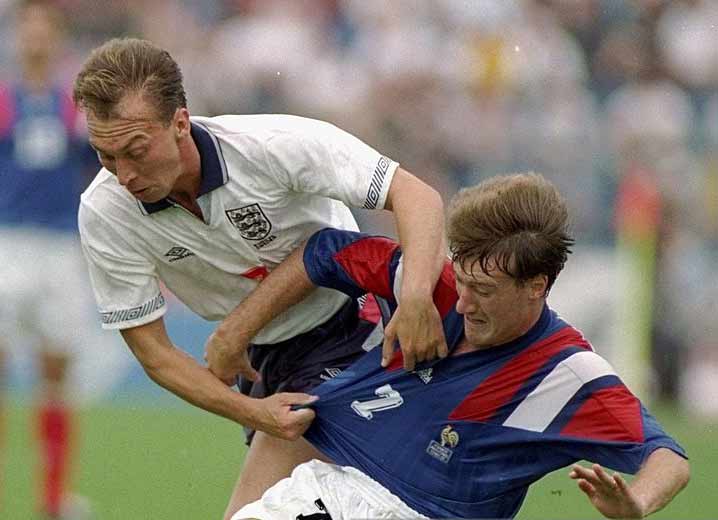 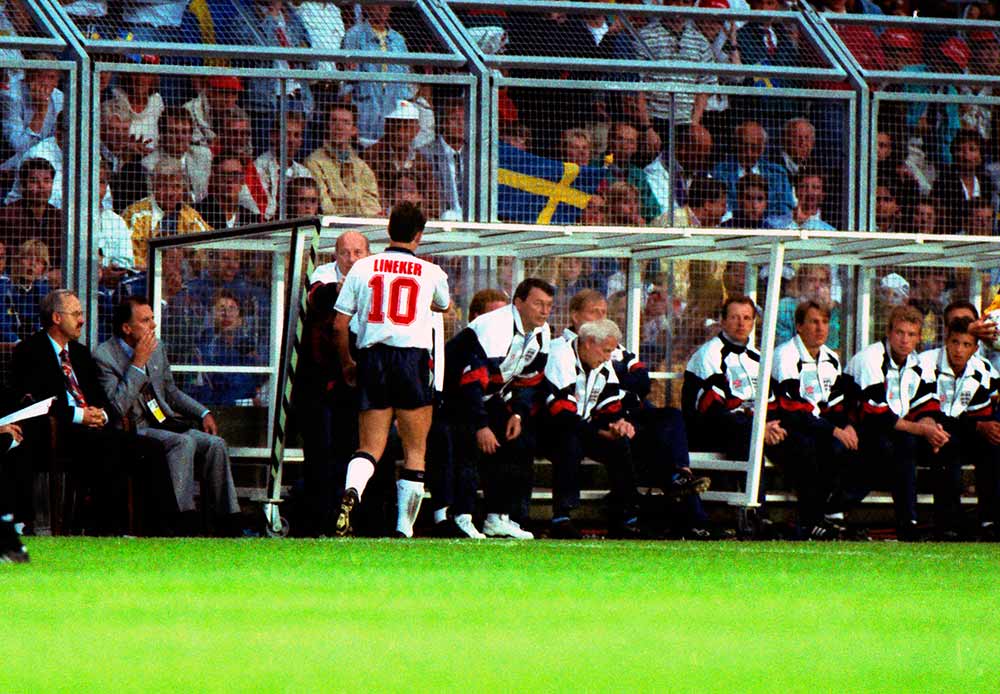 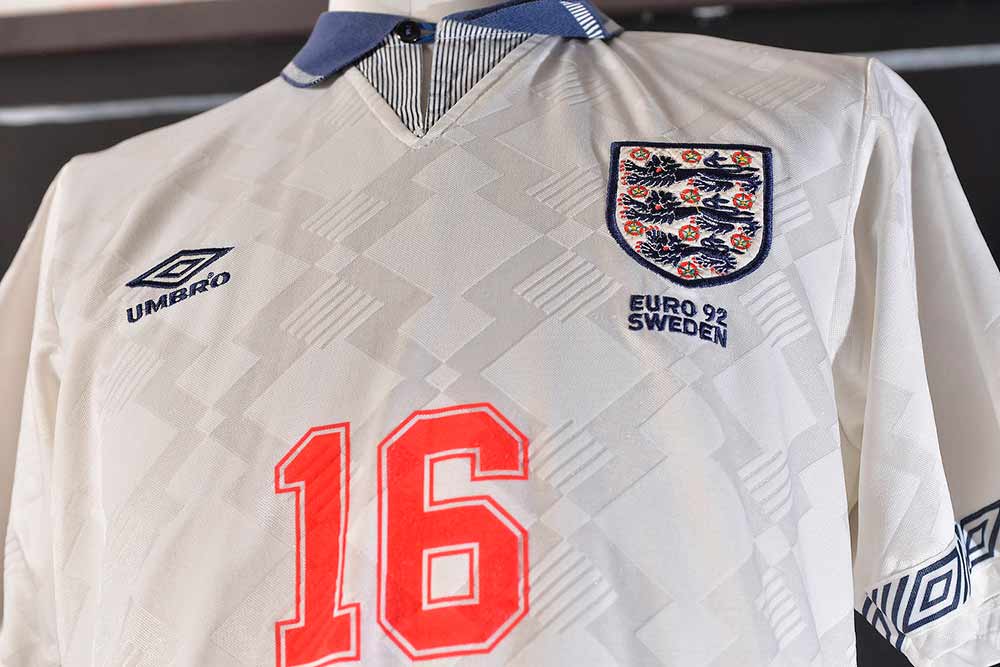 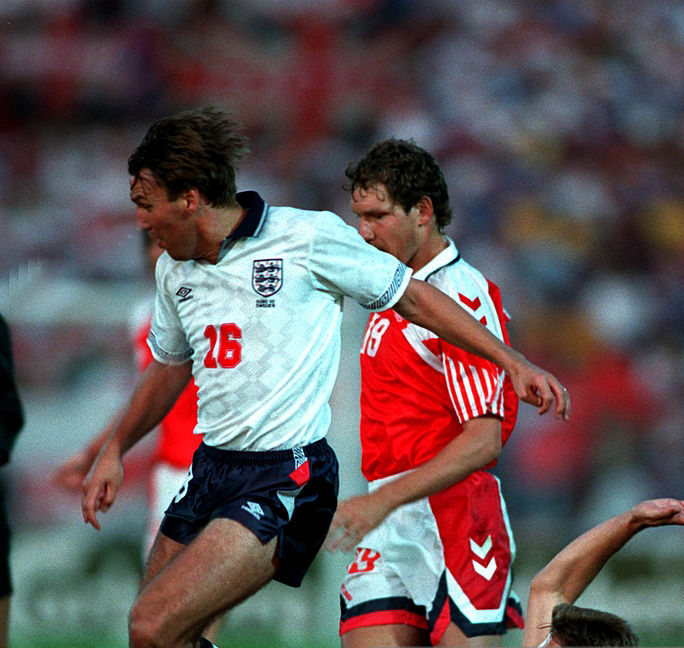 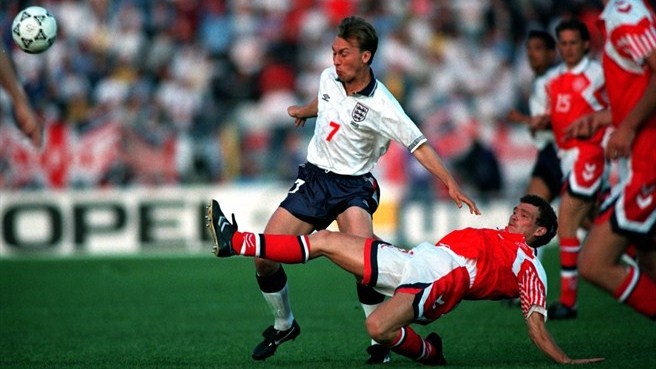 Paul Merson was known for his love of alcohol and once celebrated a goal pretending to down drinks. Merson has been married twice (to Lorraine and Louise), and has six children, including one set of girl twins. His son, Sam (from his first marriage) is also a footballer and plays as a striker. His first marriage crumbled under his recovery from drug addiction and alcoholism. In October 2011, Merson was involved in a car crash with a lorry on the M40 near Warwick, UK, and arrested for drink-driving. 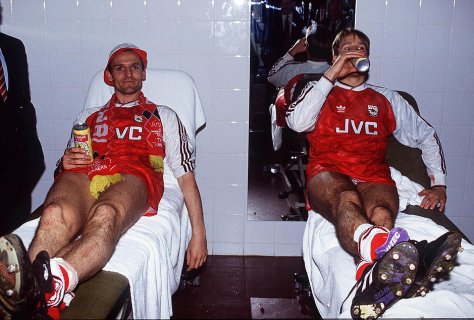 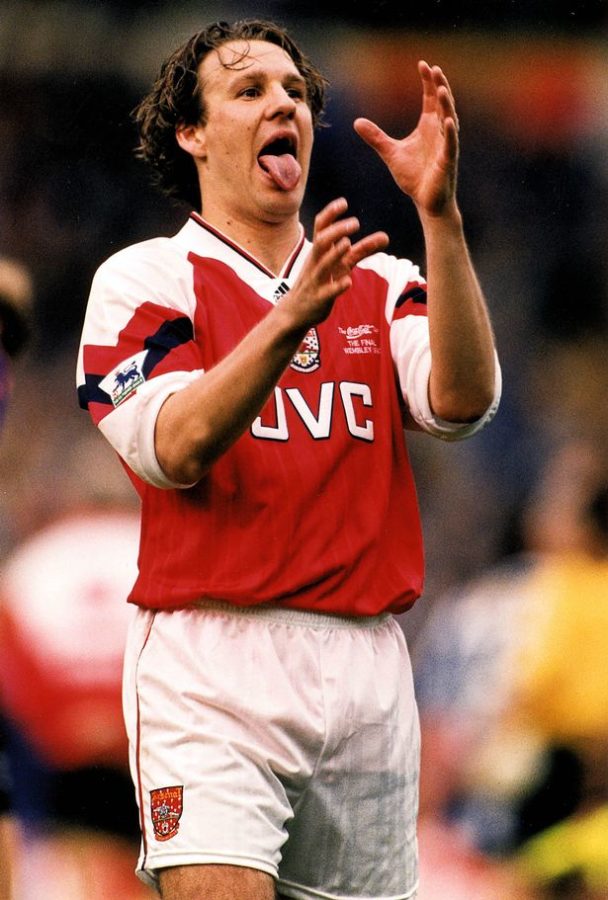 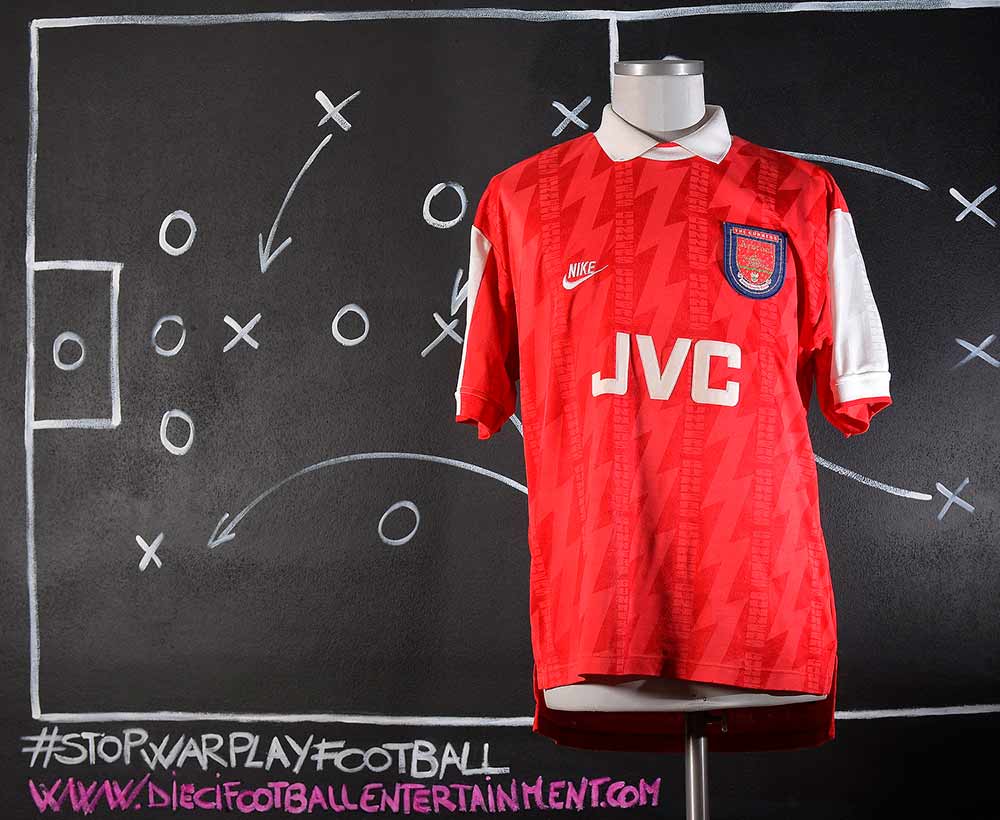 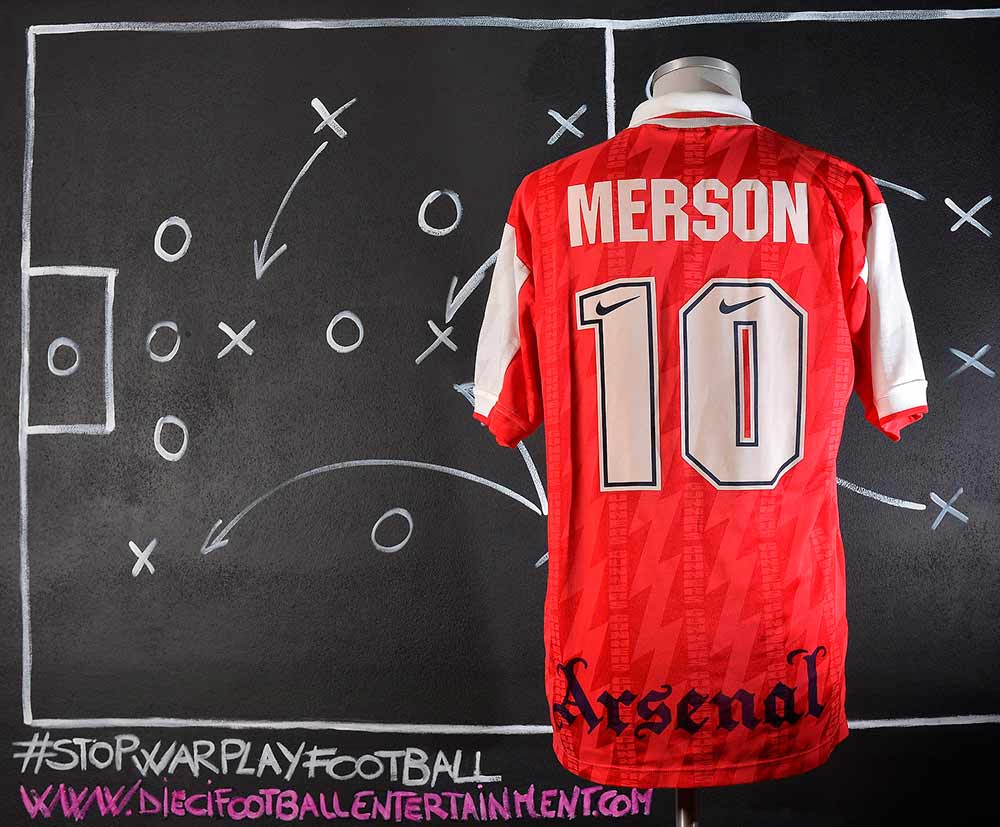 Born in Harlesden, North West London, Merson started his career at Arsenal, joining the club as an apprentice in 1984. After a loan spell at Brentford, then under manager Frank McLintock, he made his debut for the Gunners on 22 November 1986 against Manchester City, and gradually established himself in George Graham’s successful Arsenal side of the late 1980s. By the 1988–89 season he was a regular on the right wing, at the end of which Arsenal secured the First Division title with a stoppage time Michael Thomas goal in the final game of the season against Liverpool at Anfield. Merson scored ten times that season, made his debut for the England U21 side, and was voted PFA Young Player of the Year. In 1991, Merson achieved another league championship with Arsenal and had the highest goalscoring season of his career with 13 goals. He also won a double of the FA Cup and League Cup in 1993, scoring in the 1993 Football League Cup Final against Sheffield Wednesday. A year later, he helped Arsenal win its first European trophy in 24 years as the Gunners defeated Parma in Copenhagen to win the 1993–94 European Cup Winners’ Cup. Merson’s career was put on the line in November 1994 when he admitted to having addictions to alcohol, cocaine and gambling. The Football Association arranged for Merson to undergo a three-month rehabilitation programme and he returned to the side in February 1995, just before the dismissal of George Graham as manager. Under caretaker manager Stewart Houston, Merson helped Arsenal reach the Cup Winners’ Cup final for the second season in a row, where Arsenal lost to Real Zaragoza at the Parc des Princes in Paris. In 1995–96, Merson remained a regular first team player under Arsenal’s new manager Bruce Rioch and continued to play regularly during the 1996–97 season following the appointment of Arsène Wenger. In a somewhat surprising move, at the end of the 1996–97 Premiership campaign, in which Arsenal finished third, Merson was sold to relegated Middlesbrough in a £4.5million deal – making him the most expensive player ever signed by a non-Premiership club. Wenger had offered Merson a new two-year contract, but Merson elected to join Boro for a longer contract. Merson played 423 times for Arsenal and scored 99 goals in all competitions. In 2008, Merson was ranked the 26th greatest Arsenal player of all-time in a fan poll published by the club’s official website. 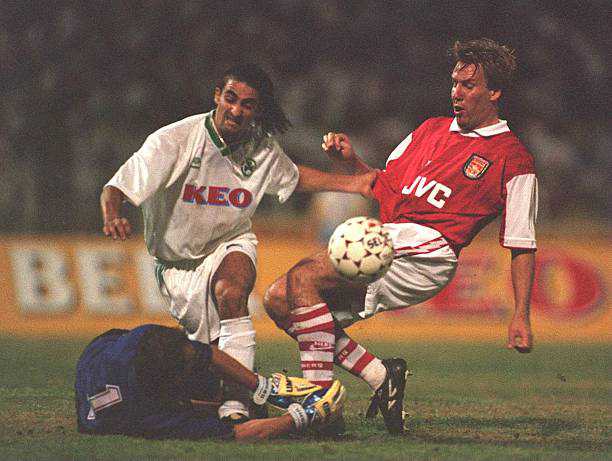 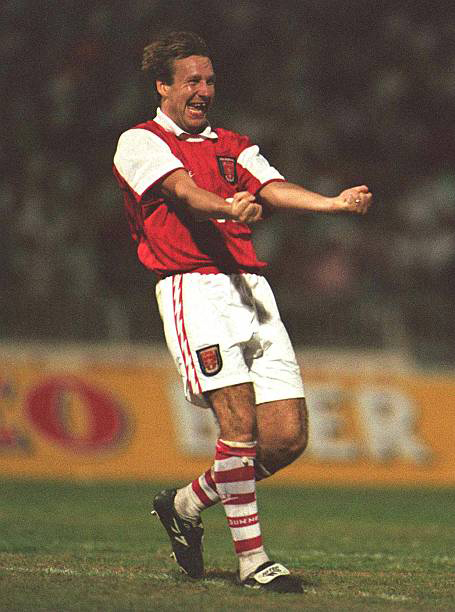 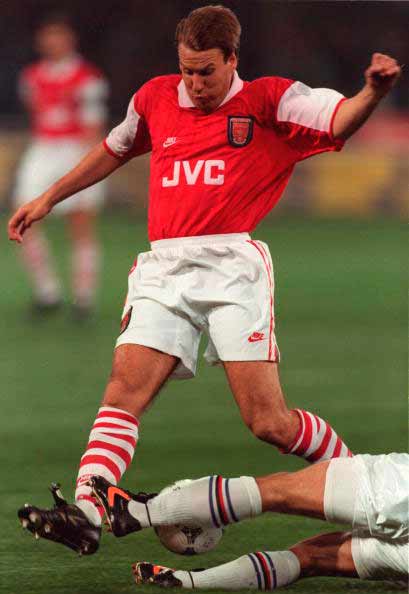 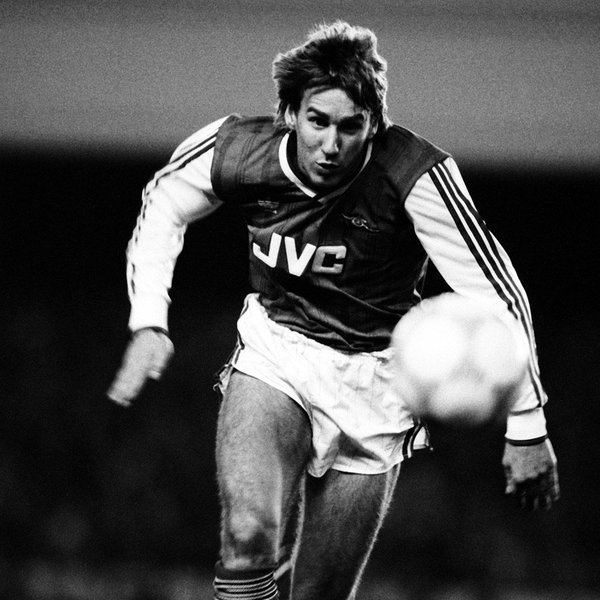 Grosso Grosso2019-02-23T22:19:35+00:00
Page load link
This site uses cookie technology, including third parties' ones. If you want to know more click here. If you access any element of this site outside this banner, you consent to the use of cookies. Ok
Go to Top