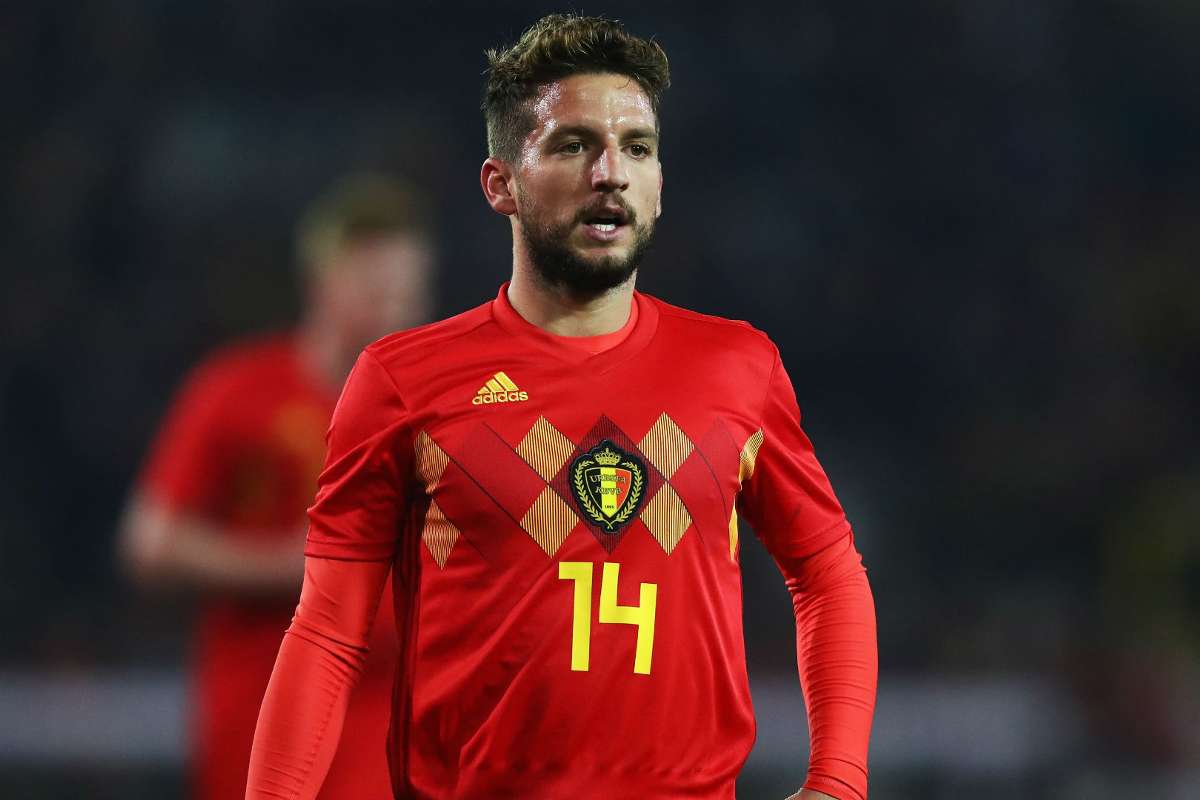 Dries Mertens, nicknamed Ciro, is a Belgian professional footballer who plays as a striker or winger for Italian club Napoli and the Belgium national team. Mertens is Napoli’s all time top goalscorer. As a youth, Mertens played for Stade Leuven, Anderlecht and Gent, and made his debut on loan to Eendracht Aalst in the Belgian Third Division. In 2006, he moved to Dutch Eerste Divisie club AGOVV Apeldoorn, where he spent three years before a €600,000 move to Utrecht of the Eredivisie. Two years later he and teammate Kevin Strootman were transferred to PSV Eindhoven for a combined fee of €13 million, and won the KNVB Cup and Johan Cruyff Shield in 2012. In 2013, Mertens signed for Napoli for a €9.6 million fee and has since made over 300 appearances for the club. He won the Coppa Italia and Supercoppa Italiana in 2014, and was named in the Serie A Team of the Year during the 2016–17 season. In 2020, he scored his 122nd goal for the club, surpassing Marek Hamšík as Napoli’s all-time top goalscorer. Mertens made his Belgium debut in 2011 and has since made 90 appearances for the national team. He was also part of the nation’s squads at the 2014 FIFA World Cup, UEFA Euro 2016 and the 2018 FIFA World Cup, helping them to a third-place finish at the latter tournament. In 2016, he was named Belgian Footballer of the Year. 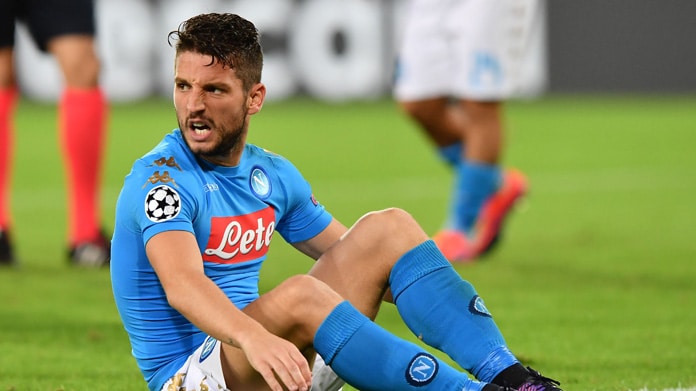 Mertens’ agent Søren Lerby confirmed on 16 June 2013 that the player had agreed to sign with Napoli. He became Rafael Benítez’s first signing as new Napoli manager after a reported fee of €9.5 million was agreed with PSV. He made his Serie A debut on 25 August 2013, coming on as a second-half substitute for Marek Hamšík in a 3–0 win over Bologna. His first goal for Napoli came on 30 October when he netted the winner in a 2–1 away victory over Fiorentina. In Napoli’s first game following the Serie A winter break on 6 January 2014, Mertens scored his first brace for the club in a 2–0 win over Sampdoria. He then scored Napoli’s second goal in their 2–0 win over Juventus on 30 March, helping inflict only the second league defeat over the eventual champions. In the final of the Coppa Italia on 3 May 2014, Mertens replaced Marek Hamšík in the 64th minute and went on to score in stoppage time, securing a 3–1 win over Fiorentina. Mertens claimed another winners’ medal on 22 December 2014 after Napoli’s penalty shoot-out victory over Juventus in the Supercoppa. Despite being predominantly used as a substitute, he continued his fine form for Napoli over the course of the next season and a half, netting 10 goals and contributing 11 assists across all competitions in 2014–15, and 11 more goals in 2015–16. His tally in the latter campaign included a brace in Napoli’s joint-largest ever winning margin in the Europa League, a 5–0 win over Belgian side Club Brugge. Mertens also scored a second-half hat-trick in a convincing 6–0 victory over Bologna on 19 April 2016. Following the sale of Gonzalo Higuaín – the previous season’s Capocannoniere – to rivals Juventus, and a serious injury to his replacement Arkadiusz Milik, Mertens assumed a more senior role in the centre of Napoli’s attack for the 2016–17 Serie A season. On 11 December 2016, he netted a hat-trick in a 5–0 Serie A victory over Cagliari before taking it a step further in the next match by scoring four goals in a 5–3 win over Torino. Mertens’ four goals, which included the fourth fastest hat-trick in Serie A history, was the first haul scored by a Napoli player since Beppe Savoldi in 1977. It also saw him become the first player to score successive league hat-tricks since Juventus’ Pietro Anastasi in 1974, and the first to score seven goals across two matches since Antonio Angelillo in 1958. His form for club and country was rewarded when, on 30 December, he was named Belgian Footballer of the Year for 2016, beating Chelsea’s Eden Hazard and Radja Nainggolan of Roma to the award. On 4 February 2017, Mertens and Hamšík both scored hat-tricks in a 7–1 win over Bologna, a result which saw Napoli score seven away goals in a match for the first time in the club’s history. On the final day of the season he scored his 50th league goal for Napoli, and 28th for the campaign, ultimately ending one goal behind Golden Boot winner Edin Džeko. He maintained his goal scoring form the following season during which he scored 22 goals for the campaign. 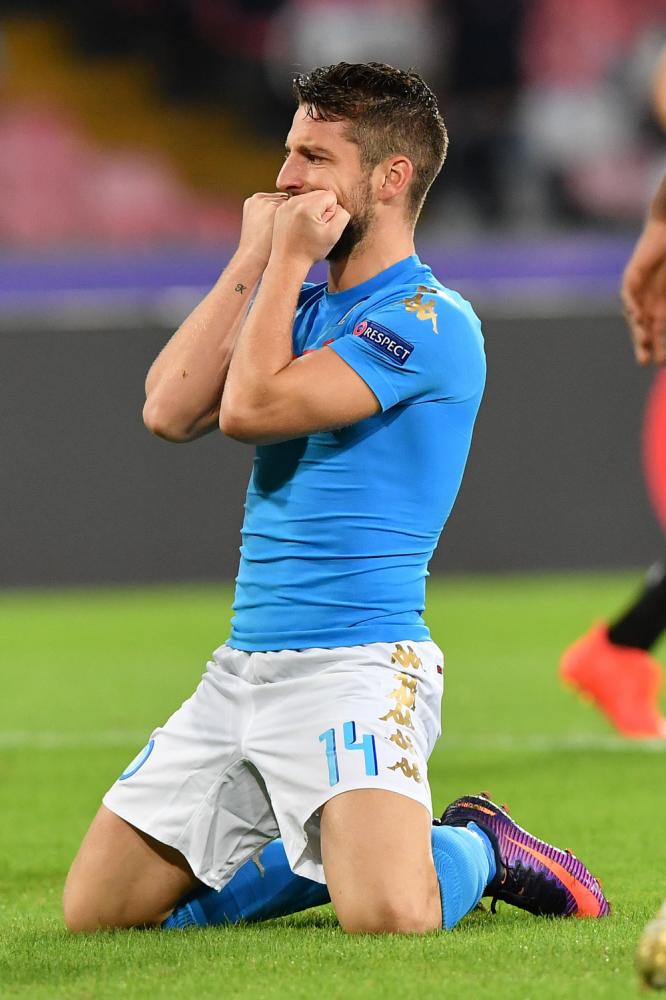 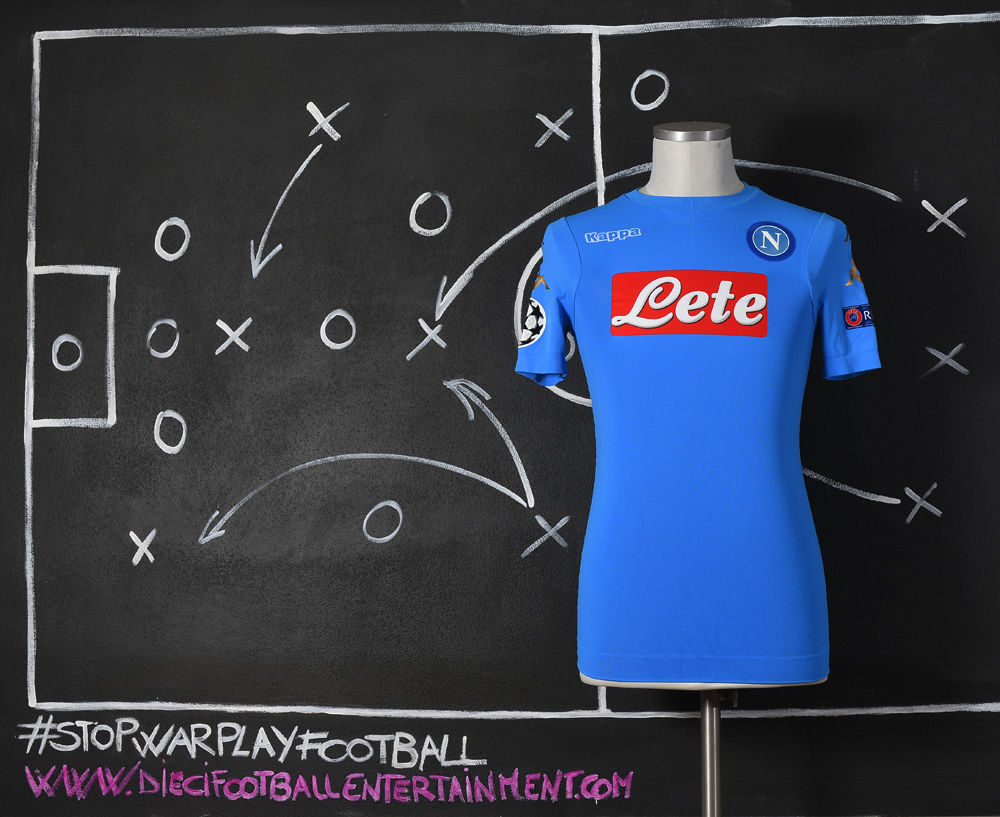 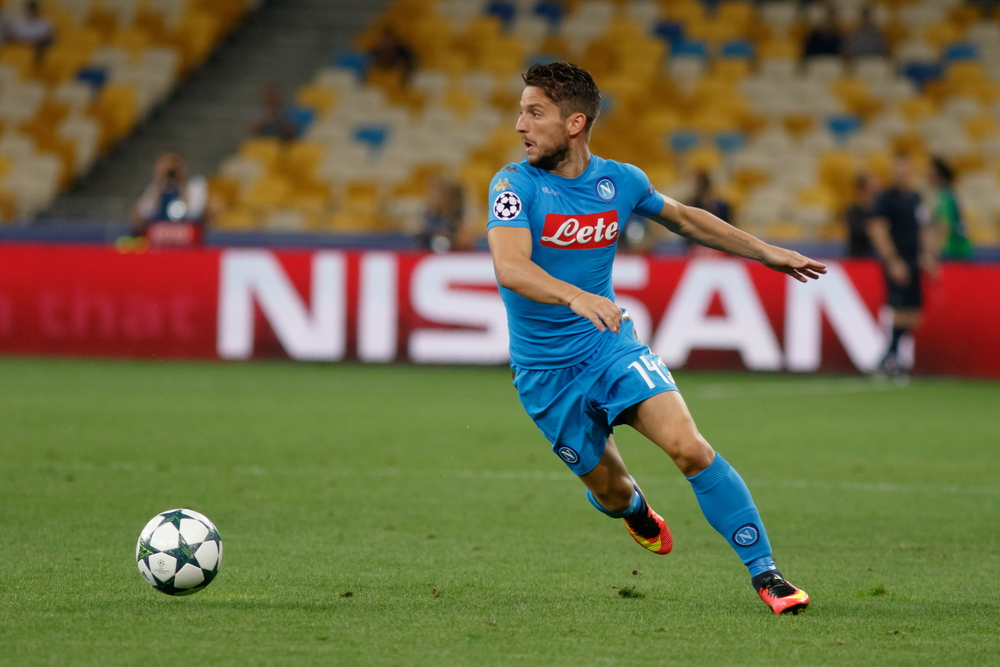 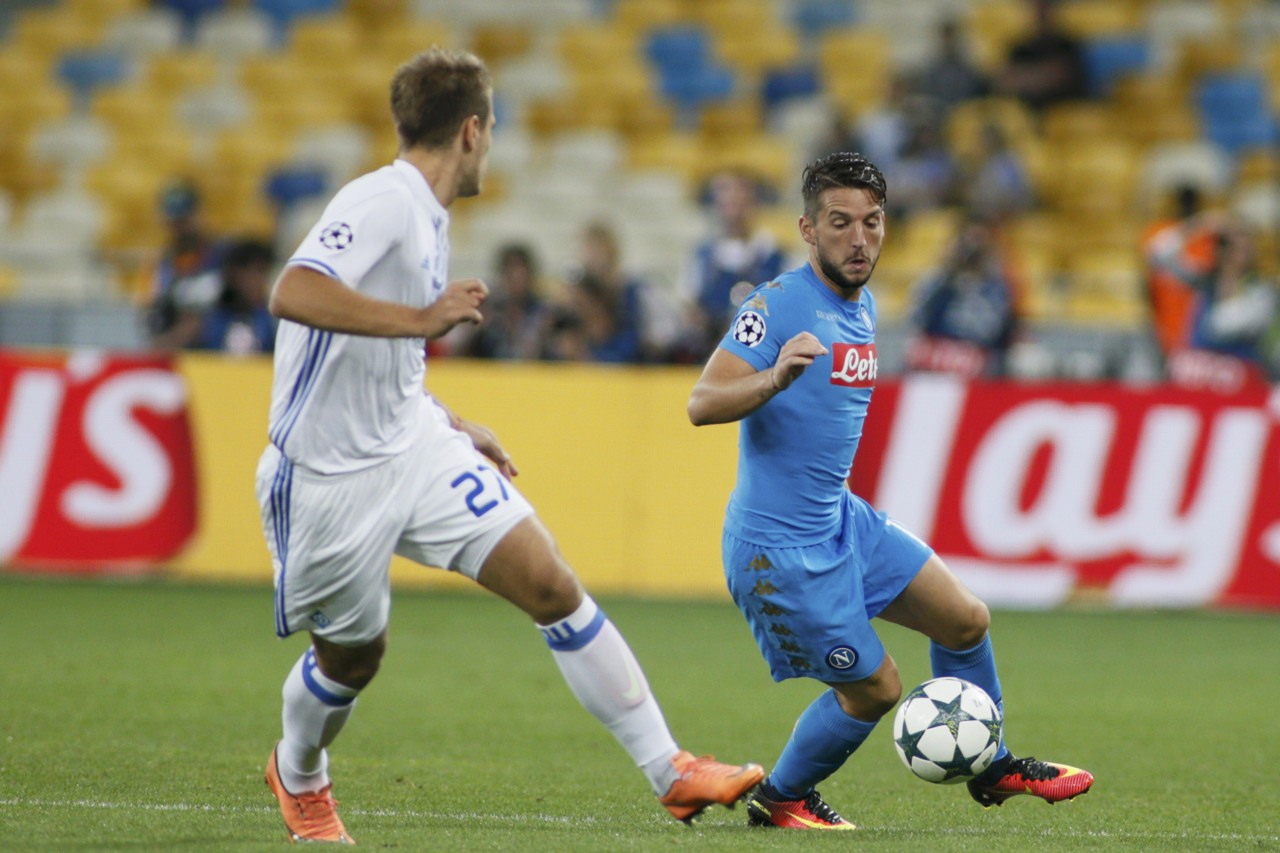 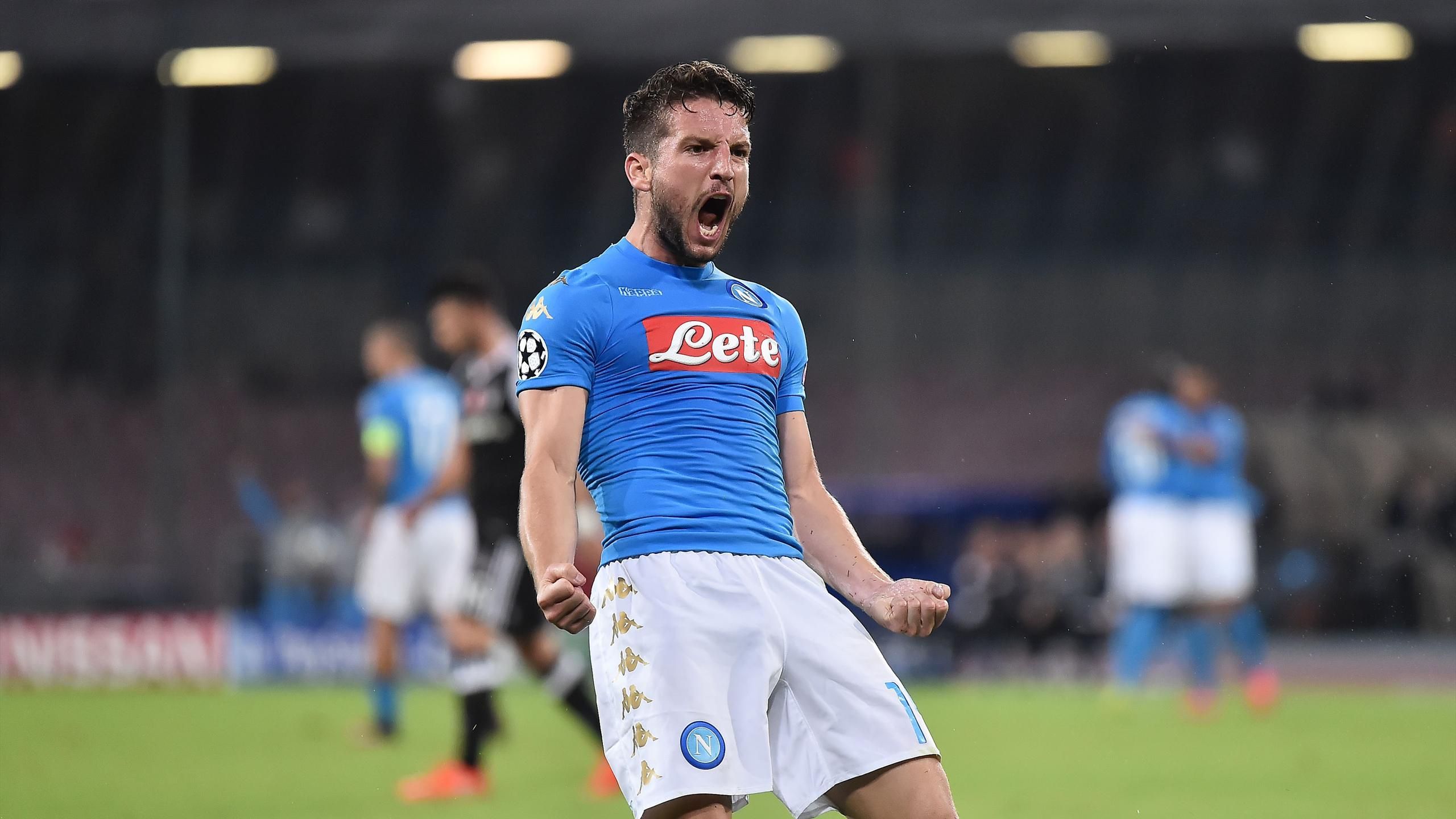 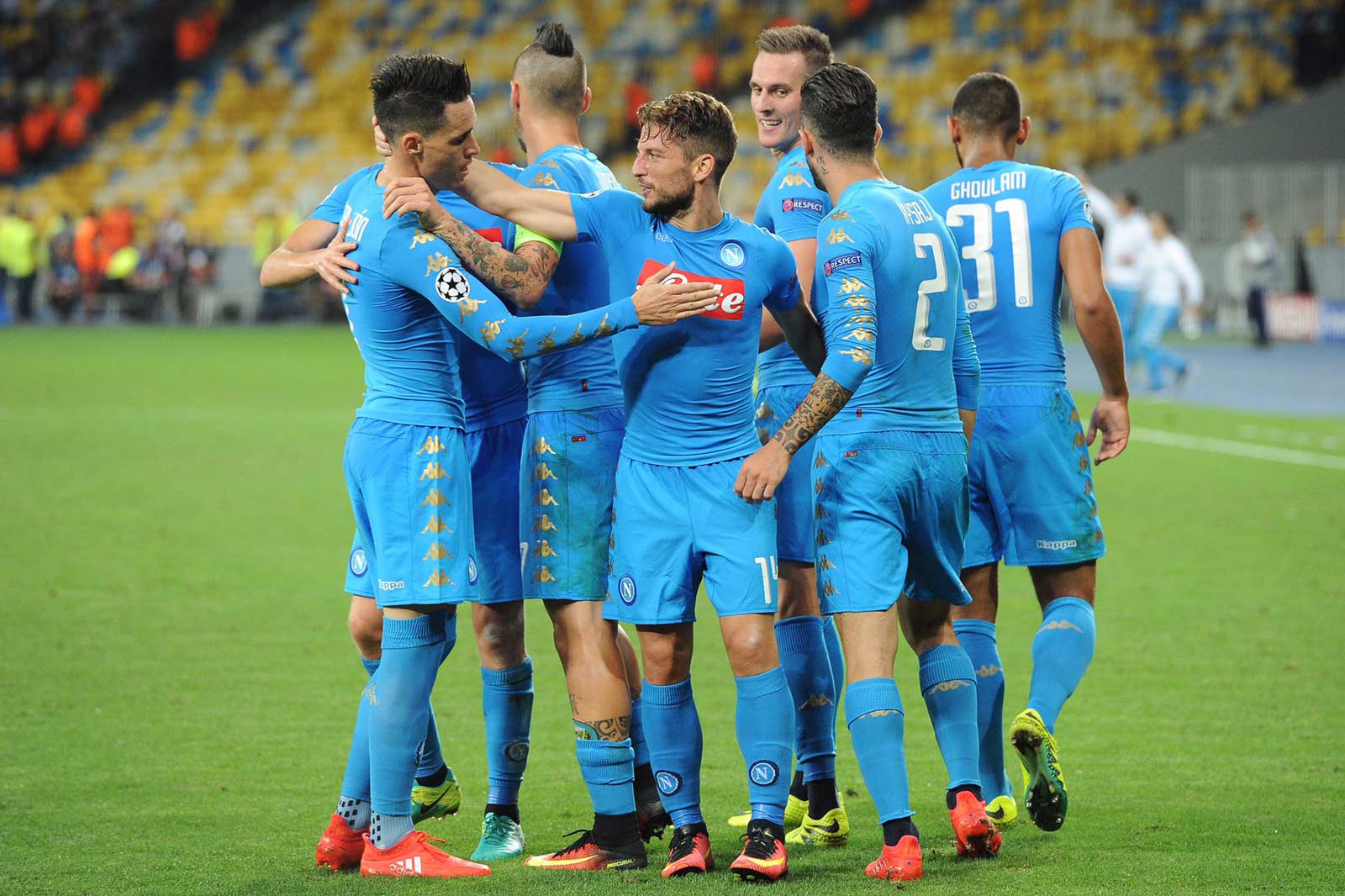 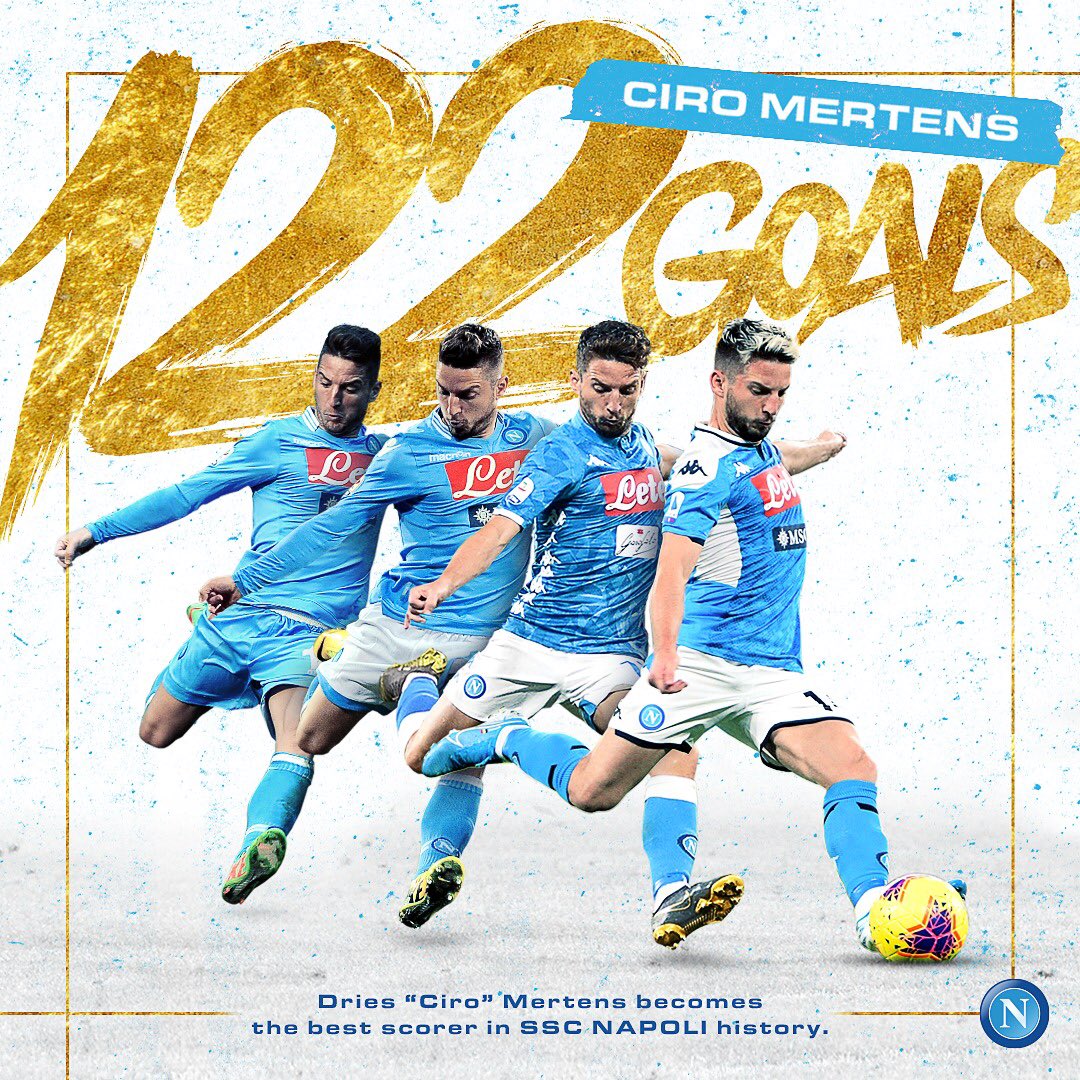 On 28 November 2018, Mertens scored his 100th goal for Napoli when he netted twice in a 3–1 UEFA Champions League win over Red Star Belgrade. He then made his 200th Serie A appearance for the club on 14 April 2019 in a 3–1 win over Chievo, marking the occasion with an assist for Kalidou Koulibaly’s opening goal. On 28 April, Mertens scored in a 2–0 away win over Frosinone, which allowed him to equal Diego Maradona’s tally of 81 goals in Serie A for Napoli. The following season, in October 2019, he surpassed Maradona’s tally of 115 goals for the club across all competitions when he netted twice in a 3–2 Champions League win over Red Bull Salzburg, becoming the club’s second-highest scorer of all time, behind Hamšík. On 25 February 2020, Mertens scored the opening goal in an eventual 1–1 home draw against Barcelona in the first leg of the round of 16 of the UEFA Champions League; with this goal, he tied Hamšík as Napoli’s all-time highest goalscorer, with 121 goals. He was later substituted early in the second half due to injury. On 13 June, he scored the equalizing goal in a 1–1 home draw against Inter Milan in the second leg of 2019–20 Coppa Italia semi-final, which saw him overtake Hamšík to become Napoli’s outright all-time leading goalscorer with 122 goals; the result also allowed Napoli to advanced to the Coppa Italia Final. On 17 June, he signed a two–year contract extension with the club. Later that day, he started in the Coppa Italia final against Juventus, and was later substituted for Milik in the second hald; Napoli won 4–2 on penalties following a 0–0 draw after regulation time. 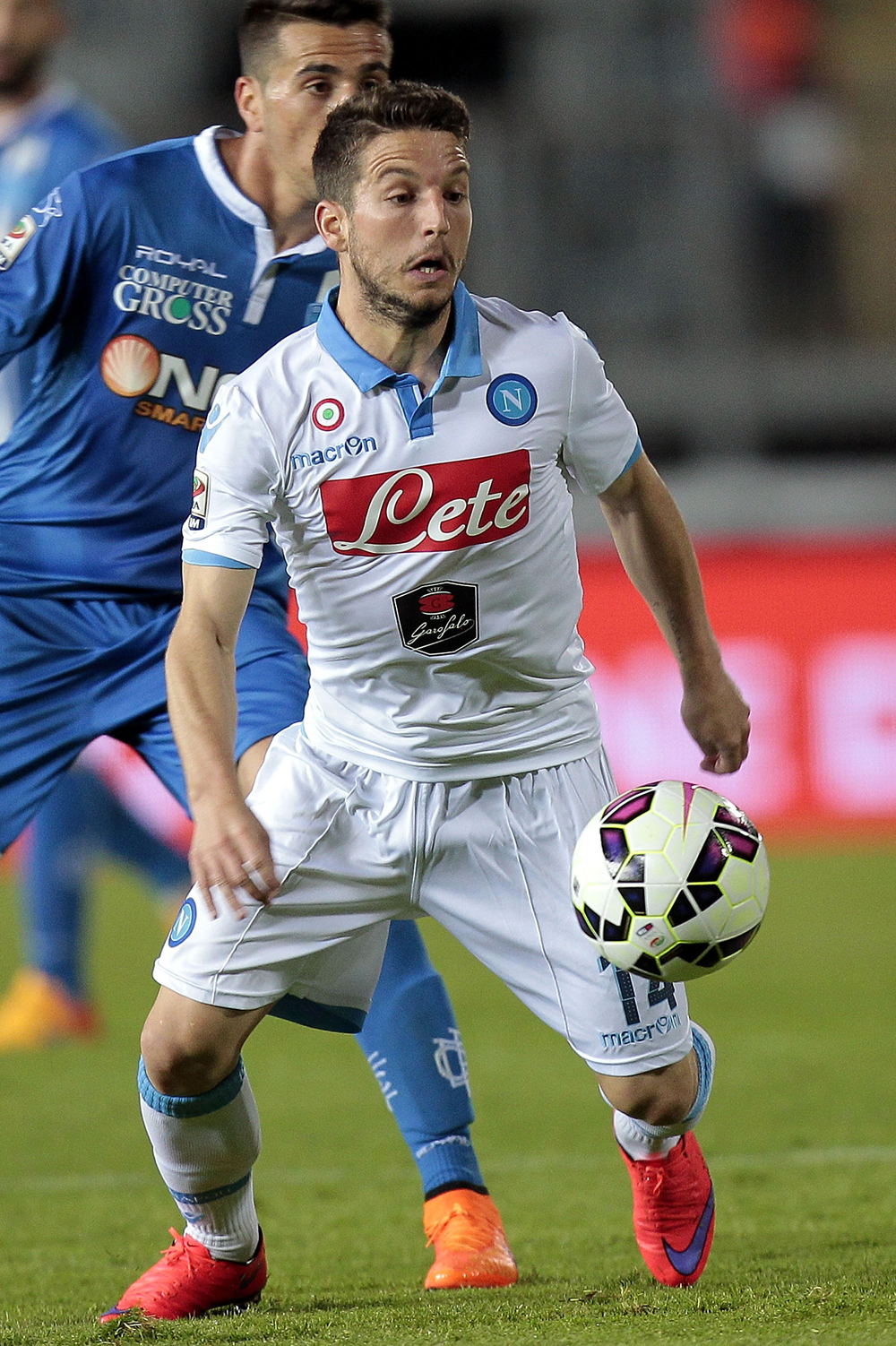 A versatile and hard-working forward, Mertens is a fast, creative, diminutive, and agile player, with a low centre of gravity, who possesses good technique and dribbling skills, which enables him to get past opponents when in possession of the ball. Possessing good vision, passing, shooting ability, movement off the ball, and an eye for goal, he is known for his ability both to score and create goals, and is capable of getting onto the end of passes or creating space for himself or his teammates by making attacking runs into the box. His favoured role is as a winger on the left flank, a position which allows him to cut into the centre and strike on goal from outside the area with his stronger right foot, although he is also capable of playing on the right, and has even been used as an attacking midfielder by manager Dick Advocaat. He is also an accurate free kick taker. During the 2016–17 season, following the departure of Gonzalo Higuaín to rivals Juventus and an injury to the club’s main striker Arkadiusz Milik, Napoli coach Maurizio Sarri frequently deployed Dries Mertens either as a main striker, or in a false nine role, seemingly positioned as a lone centre-forward, rather than as a left winger, where he had previously faced competition from Lorenzo Insigne for a starting position; Sarri’s tactical change was met with great results, and Mertens’s goalscoring output increased dramatically as a result of this switch. 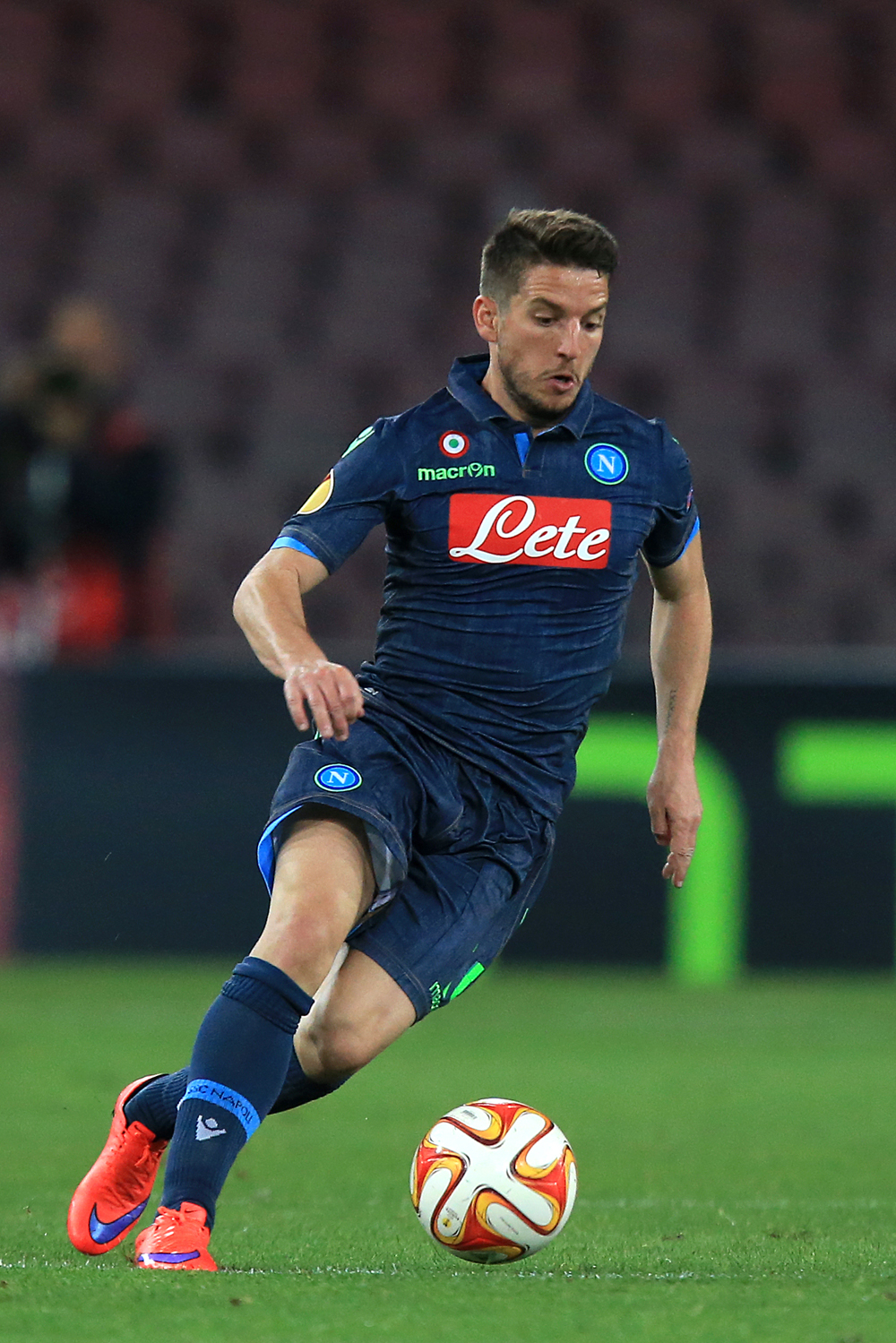 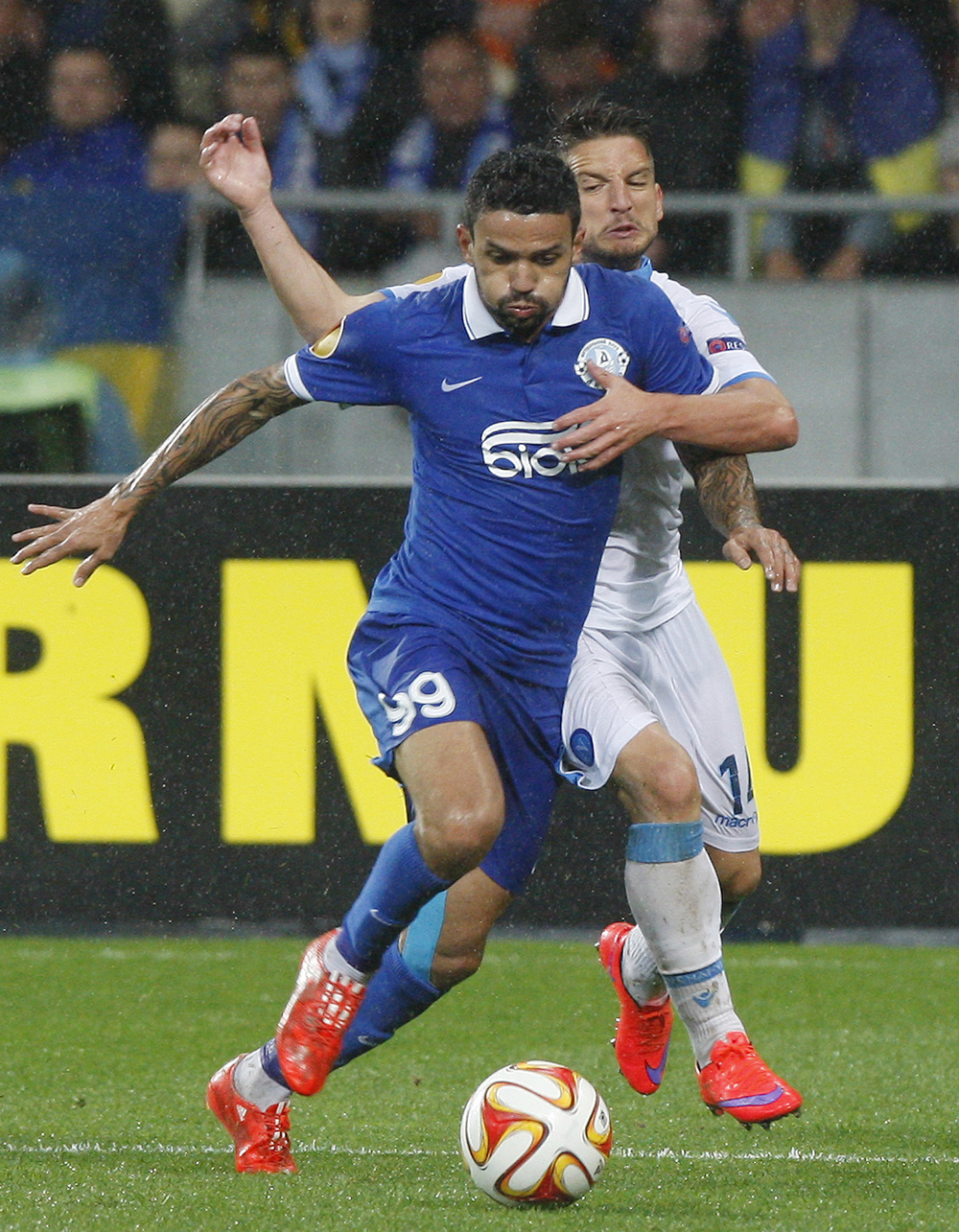 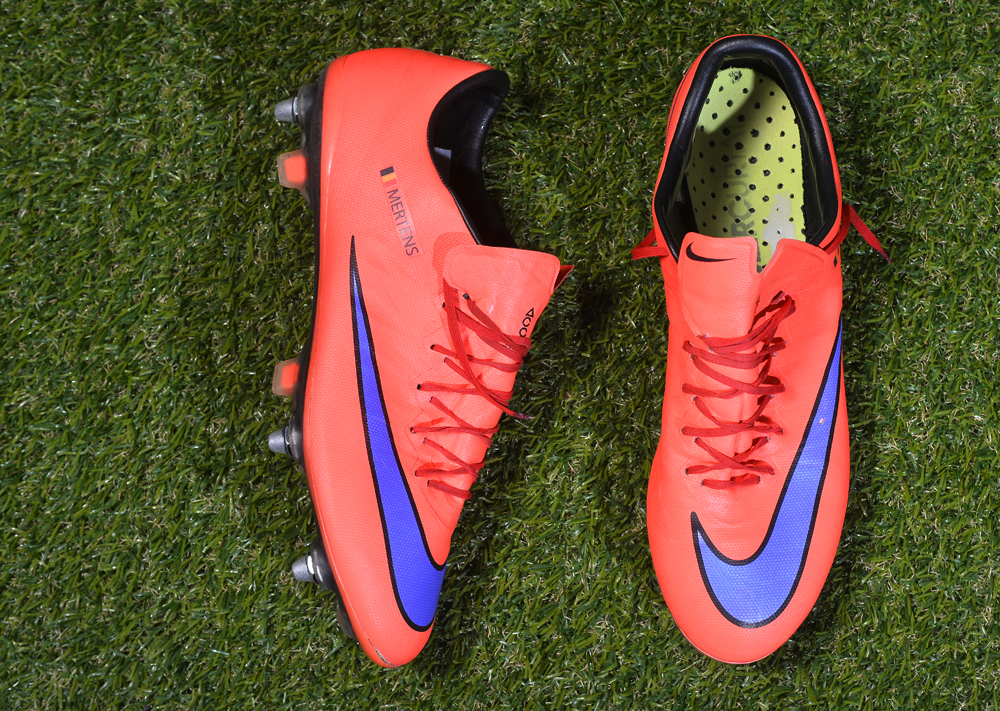 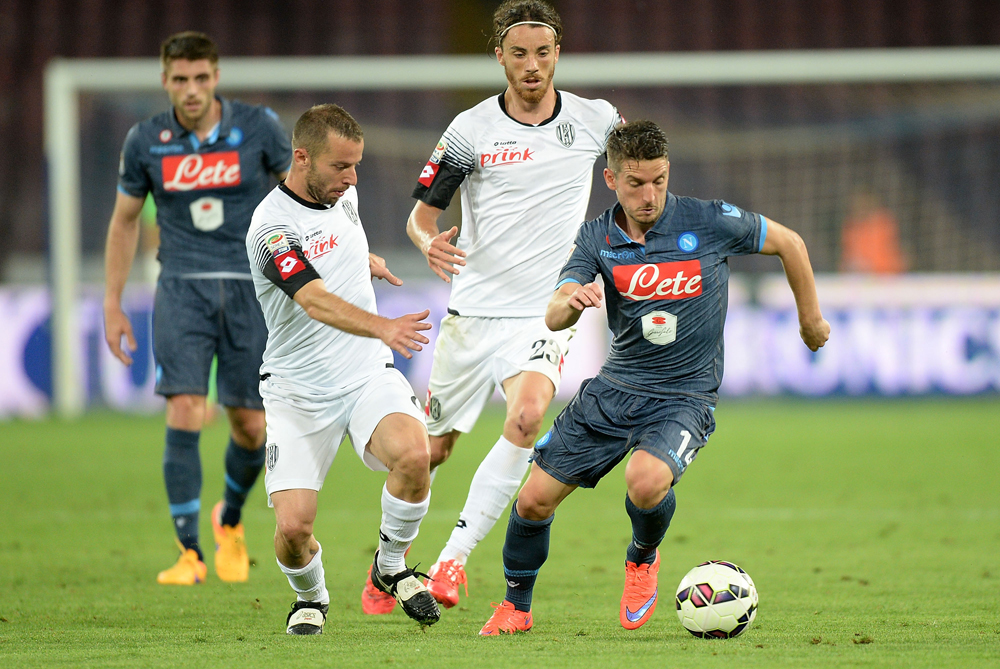 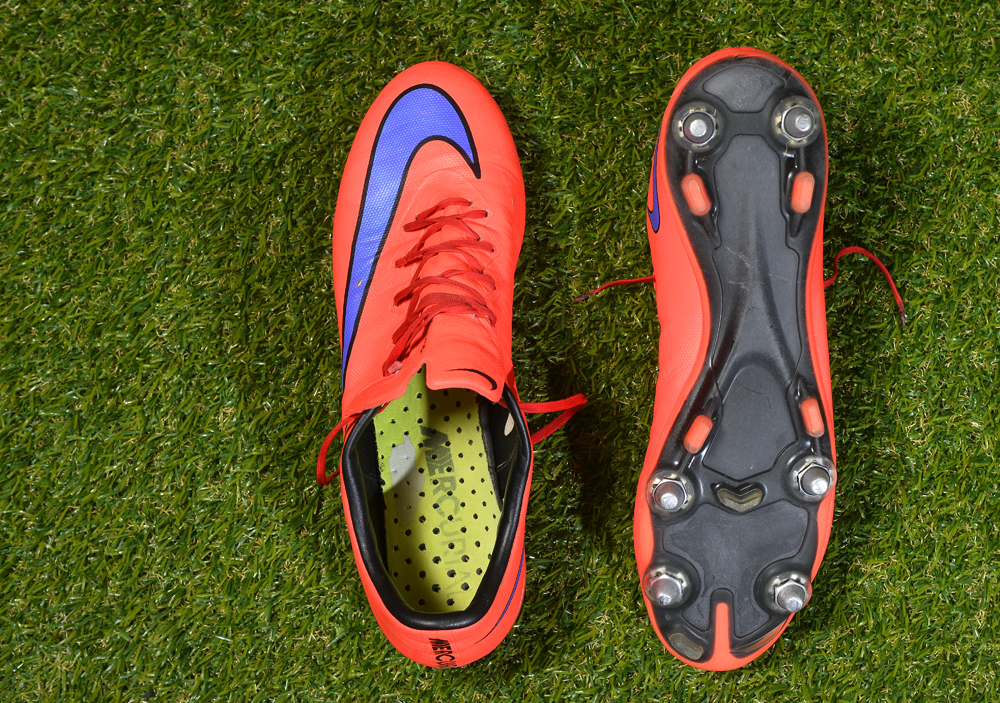 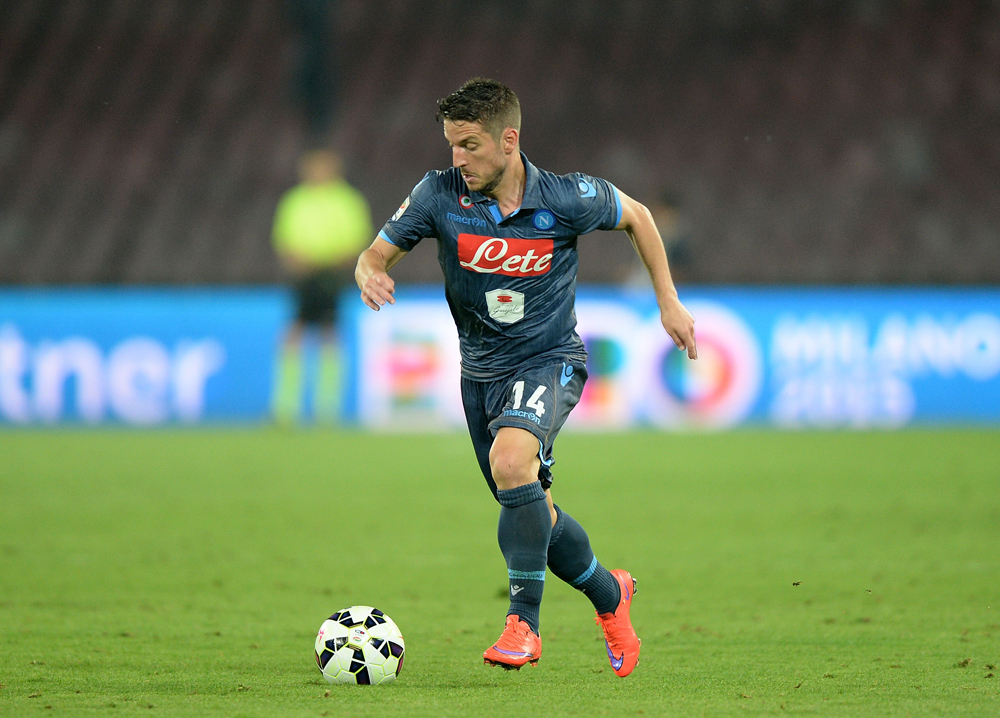 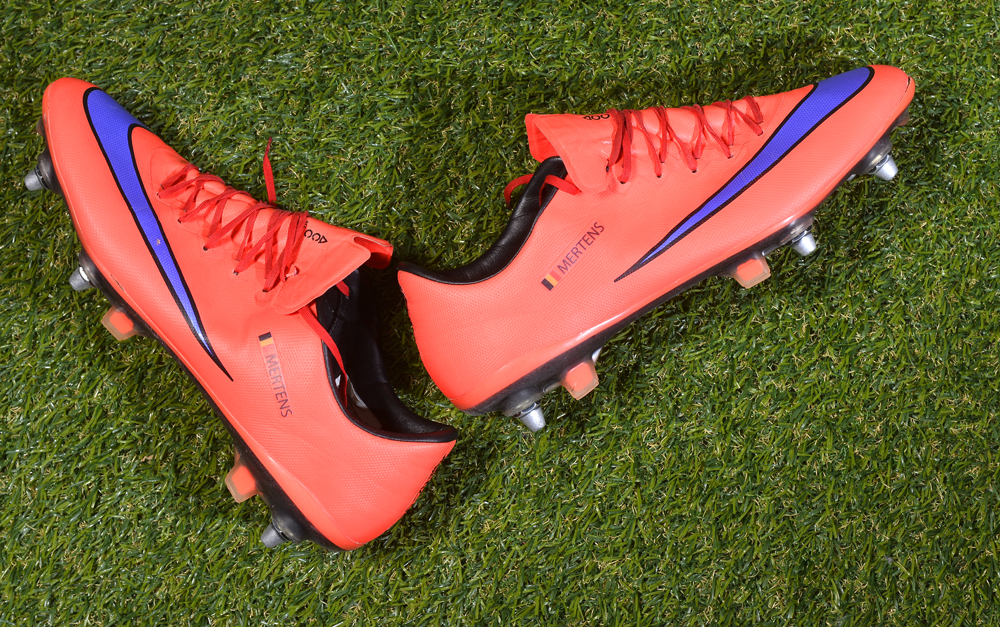 Grosso Grosso2022-06-12T14:33:39+00:00
Page load link
This site uses cookie technology, including third parties' ones. If you want to know more click here. If you access any element of this site outside this banner, you consent to the use of cookies. Ok
Go to Top