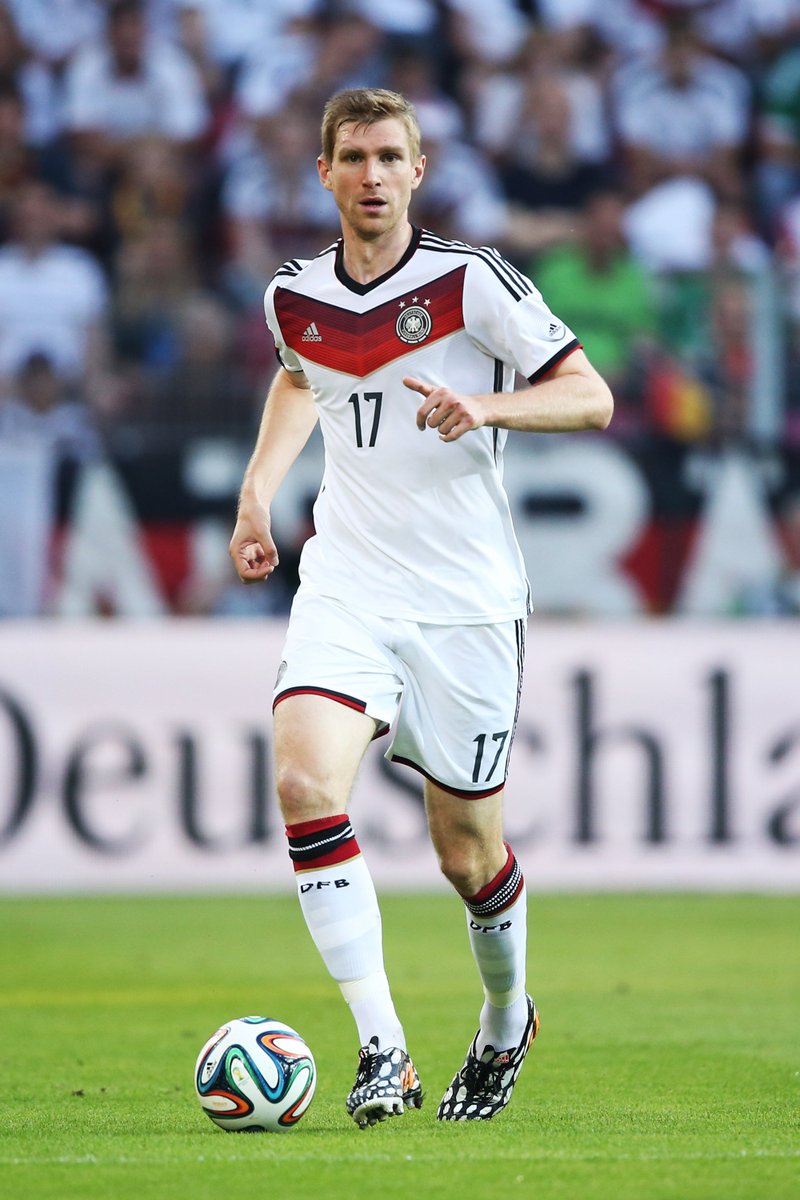 Per Mertesacker is a German former player. Mertesacker began his senior career after being promoted from the youth ranks at Bundesliga club Hannover 96, making his senior league debut as a central defender in November 2003. He was soon dubbed “the Defence Pole” (“die Abwehrlatte”) by German tabloids, and gained a reputation for his exceptional disciplinary record, going 31 league games without being booked. After various standout performances at Hannover, as well as starring for the Germany national team at the 2006 FIFA World Cup at age 21, he transferred after 74 league matches for 96 to fellow Bundesliga outfit Werder Bremen, for a fee of €5 million later that summer. His tenure at the club was characterized for his ability to read play and stifle the build-up play to opposition attacks, establishing himself as a defender with a quiet-but-effective game, and a core-component of the Bremen team that won the 2009 DFB-Pokal, and finished as runner-up in the 2009 UEFA Cup. After being singled out for praise for his performances at the 2010 FIFA World Cup, and with his contract at Bremen dwindling, he transferred to Premier League club Arsenal a year later, for a fee of £8 million. At Arsenal, Mertesacker quickly established himself as the first-choice central defender for the club, becoming a mainstay despite sharing several defensive partners over his first two seasons. He eventually built up a solid relationship with fellow defender Laurent Koscielny, and the duo would star as Arsenal ended their nine-year trophy drought by winning the 2014 FA Cup. He would later captain and score for the side in their retention of the trophy a year later, before becoming the club’s outright captain in 2016. He would again star in his third victory of the trophy in 2017. However, injuries derailed the latter stages of his career at Arsenal, and was used sparingly during his final two seasons, being forced to retire in 2018. At national level, Mertesacker played for Germany at the under-20 and under-21 levels, prior to debuting for the senior side in 2004 against Iran. Upon his debut, Mertesacker established himself as Germany’s first choice centre-back for ten years, participating in UEFA European Championship in 2008 and 2012, as well as the 2006, 2010 and 2014 FIFA World Cups, winning the latter. He would retire from international competition following this win. Mertesacker has developed other ventures, including the “Per Mertesacker Stiftung”, a charitable foundation that helps support amateur sportsmen, and the poor. He would transition into coaching following his retirement, taking charge of the Arsenal Academy. 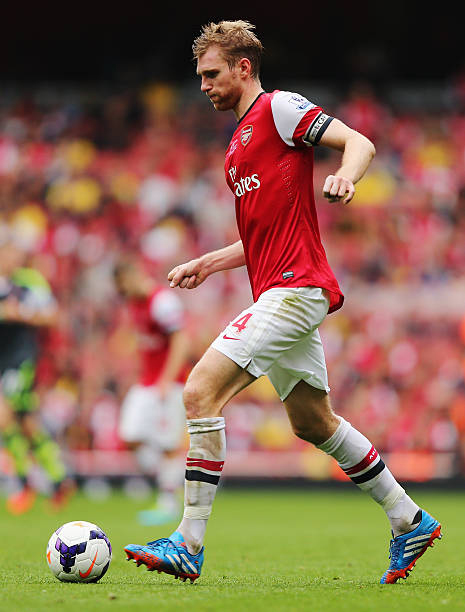 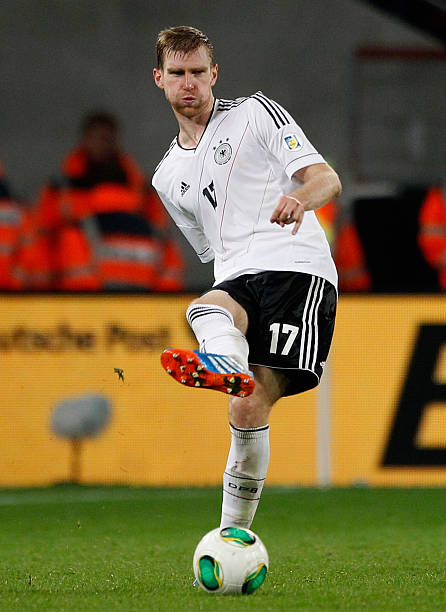 At 1.98 m, Mertesacker is commanding in the air but he is also sound in defending on the ground. He often uses his strength to shrug opponents off the ball and his standing tackling ability to win balls. Despite being criticised by pundits for his lack of pace, he compensates with his excellent positional play and astute reading of the game. As a result he is able to make clean interceptions and clearances, hence his reputation as a defender who rarely concedes reckless fouls or gets booked. Mertesacker possesses solid technique, is a good defensive organizer, and a neat distributor of the ball. He averaged 46.3 passes per game in 2010–11 season, the third highest in the Werder Bremen squad, and the second-highest pass success rate, at 82%. In the 2012–13 season with Arsenal, he averaged 50.1 passes per game with a 91.5% success rate, fourth-highest in the league. Often, Mertesacker is paired with a more mobile and quicker defender who can track-back in a counterattack situation, such as Mats Hummels and Arne Friedrich for Germany or Laurent Koscielny at Arsenal 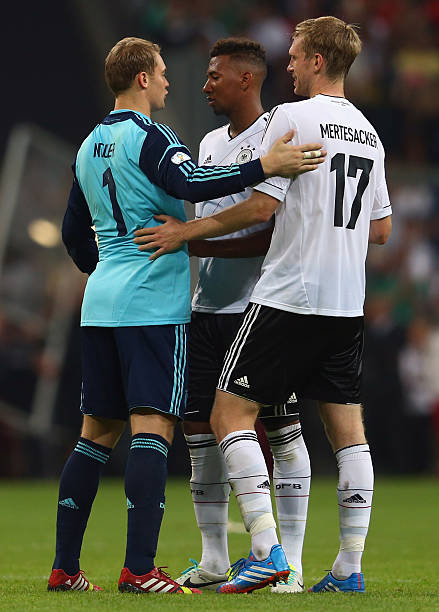 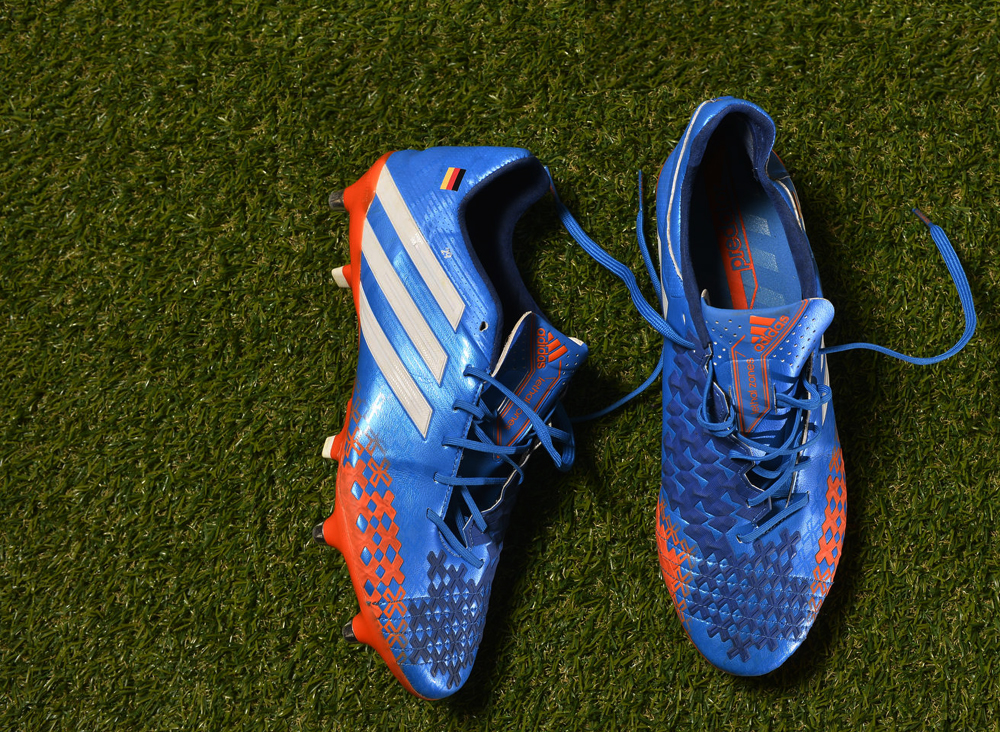 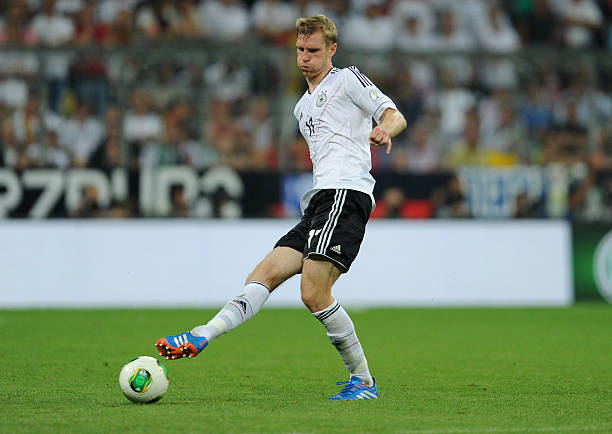 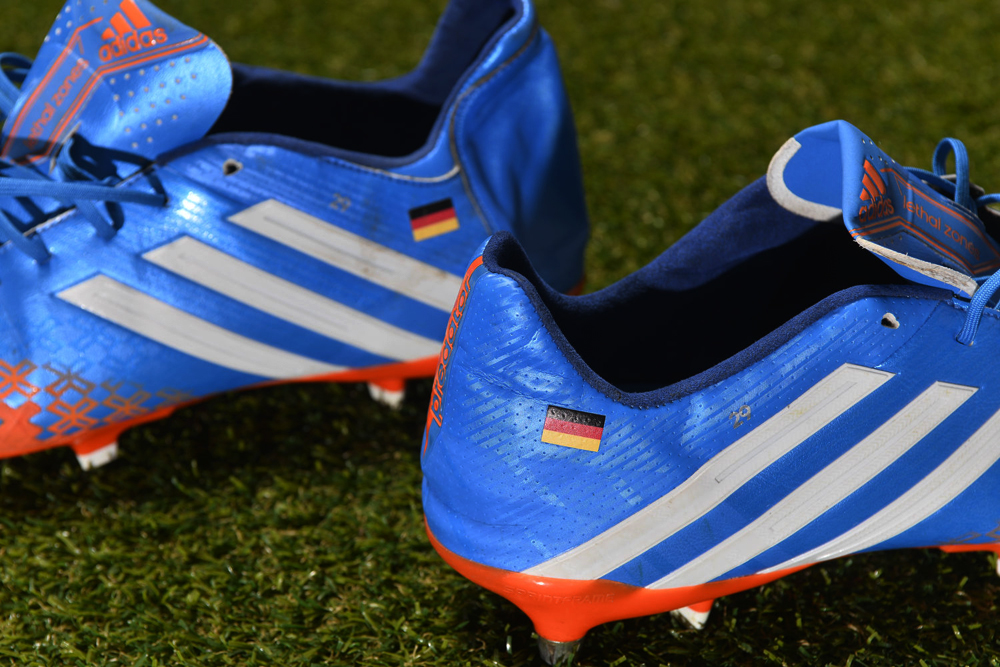 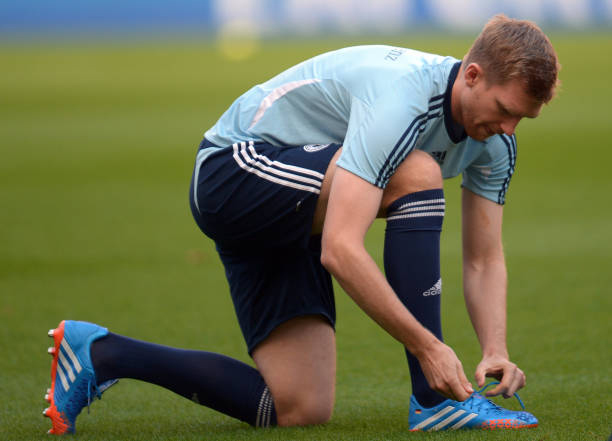 Per Mertesacker after the Fifa World Cup “GERMANY 2006” tournament, had to undergo surgery to fix his heel. Since then he had to use special custom made boots. His left boot had an alteration on the heel making it quite higher compared to the right boot with extra leather’s addition to make the boot more smooth and comfortable. Below you can see his boots heels. 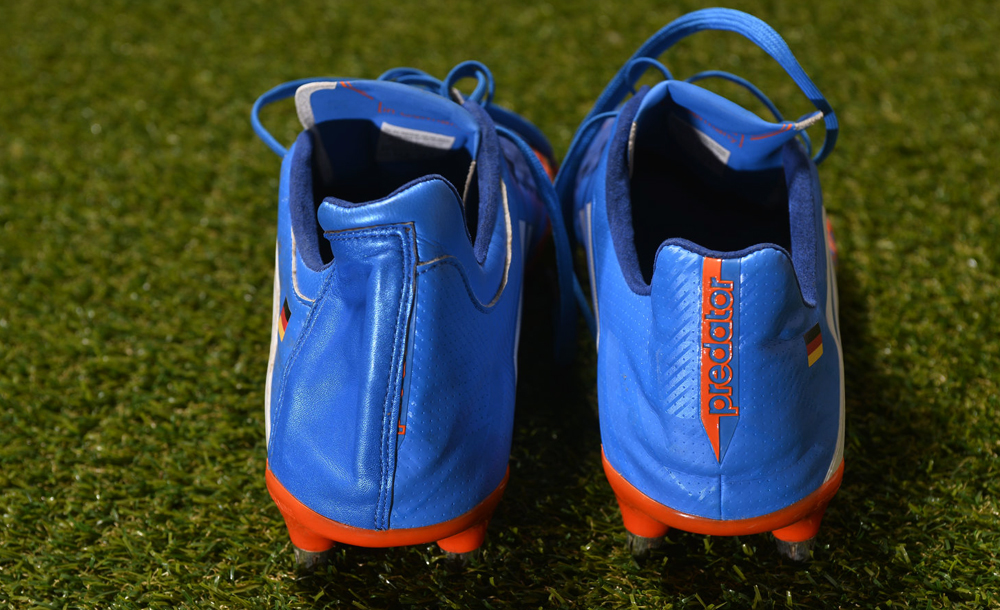 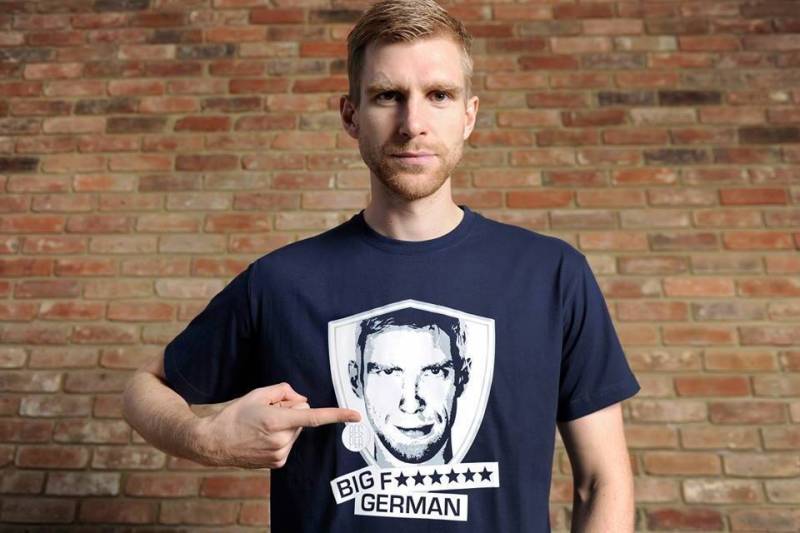 In November 2006, Mertesacker established the “Per Mertesacker Foundation”, initially to support the family of his former Hannover and Germany late teammate Robert Enke, who had just lost his young daughter several months prior. After Enke’s suicide it began focusing on providing support for those suffering from depression and has since expanded to include disadvantaged and marginalized children, particularly those from immigrant backgrounds, in his native Hanover. Since 2007, the foundation has organised yearly charity football matches which have featured Mertesacker’s national and club teammates Philipp Lahm, Lukas Podolski and Tomáš Rosický, as well as comedian Oliver Pocher, Fury in the Slaughterhouse member Rainer Schumann and German ice hockey legend Uwe Krupp. T-shirts and sweatshirts bearing the words “Big Fucking German” – the Arsenal fans’ chant for him and a play on the Roald Dahl novel The BFG – are among items sold to raise money for the foundation.

Grosso Grosso2019-12-22T19:52:46+00:00
Page load link
This site uses cookie technology, including third parties' ones. If you want to know more click here. If you access any element of this site outside this banner, you consent to the use of cookies. Ok
Go to Top