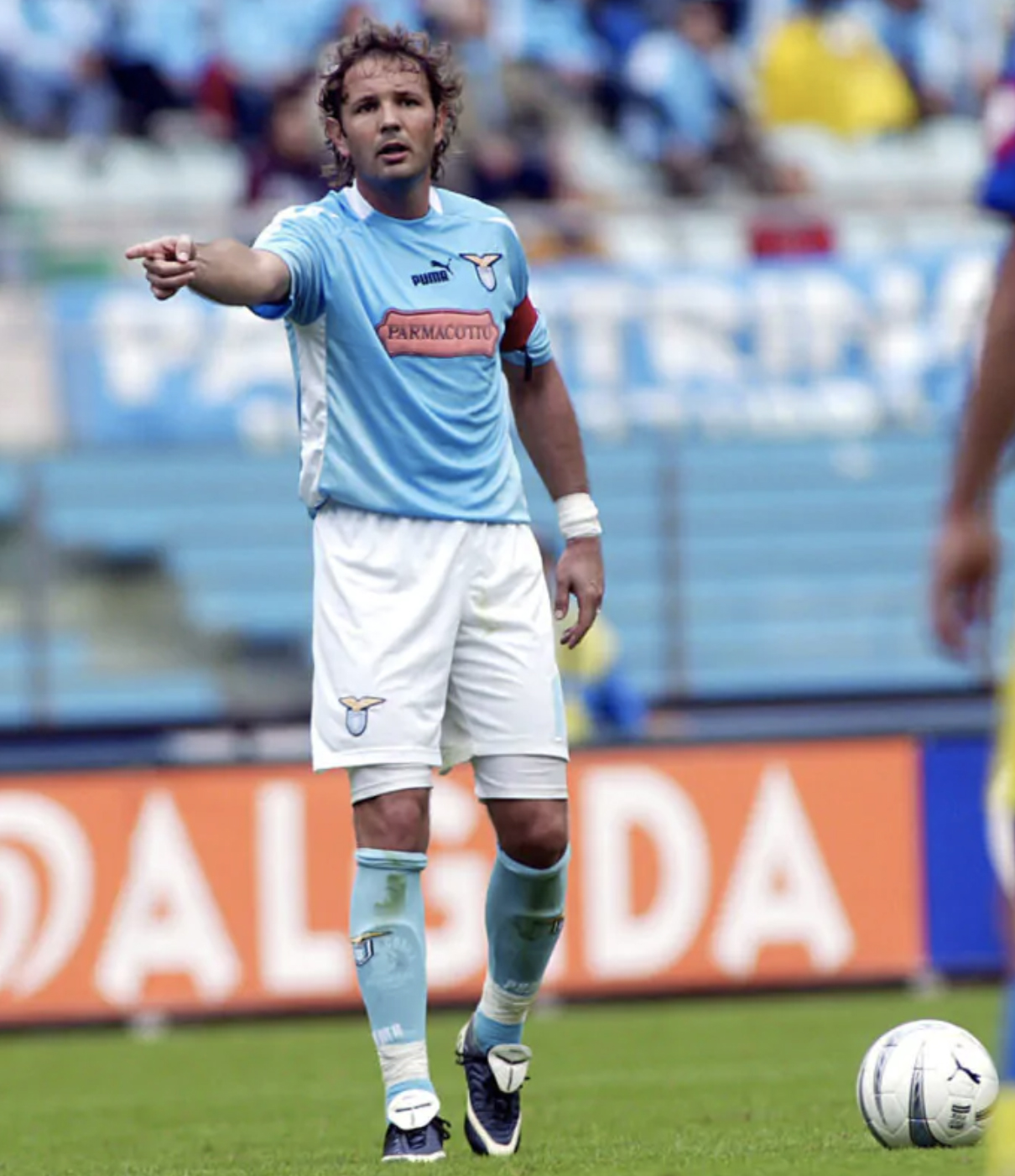 Siniša Mihajlović was a Serbian professional football manager and former footballer. During his career as a footballer, he played as a defender or midfielder. He has 63 caps and scored 10 goals for Yugoslavia from 1991 to 2003, of which his first four caps in 1991 represented SFR Yugoslavia, and played in the 1998 FIFA World Cup and UEFA Euro 2000 tournaments. Considered by many to be among the best free kick takers of all time, he holds the all-time record in Serie A for most goals from free-kicks with 28 goals. He was the coach of the Serbia national football team from May 2012 to November 2013, and holds an Italian passport. Born in Vukovar into a working-class family of a Serb father from Bosnia and Croat mother, Mihajlović was raised in Borovo Naselje with a younger brother, Dražen. Their father Bogdan was a truck driver, while their mother Viktorija worked in a shoe factory. Mihajlović identifies as Serb, but has said that he views Croatia as his country as well. Throughout his late teens, Mihajlović was part of the Yugoslav golden generation that ended up winning the 1987 FIFA World Youth Championship in Chile, however, he was not selected in the team that head coach Mirko Jozić took to the tournament. During the Croatian War of Independence, his home was destroyed by Croatian forces, among whom was his childhood best friend, an ethnic Croat, forcing his parents to flee. His maternal uncle called his mother and said that she should stay in Borovo, while her husband, Siniša’s father, was to be killed. When the Serbian Volunteer Guard took over Borovo they captured the uncle, and found Siniša’s number in his address book; Siniša was called and asked if they were relatives – he had him saved. In a 2016 interview Mihajlović said he had forgiven his childhood friend in a meeting in Zagreb prior to the crucial Euro 2000 qualification match between FR Yugoslavia and Croatia. On 13 July 2019, Mihajlović publicly announced in a press conference he was diagnosed with an acute form of leukemia, with sporting director Walter Sabatini confirming Mihajlović would stay in charge of the club nonetheless. Mihajlović died on 16 December 2022 in a Rome clinic following complications of leukaemia. He was 53. 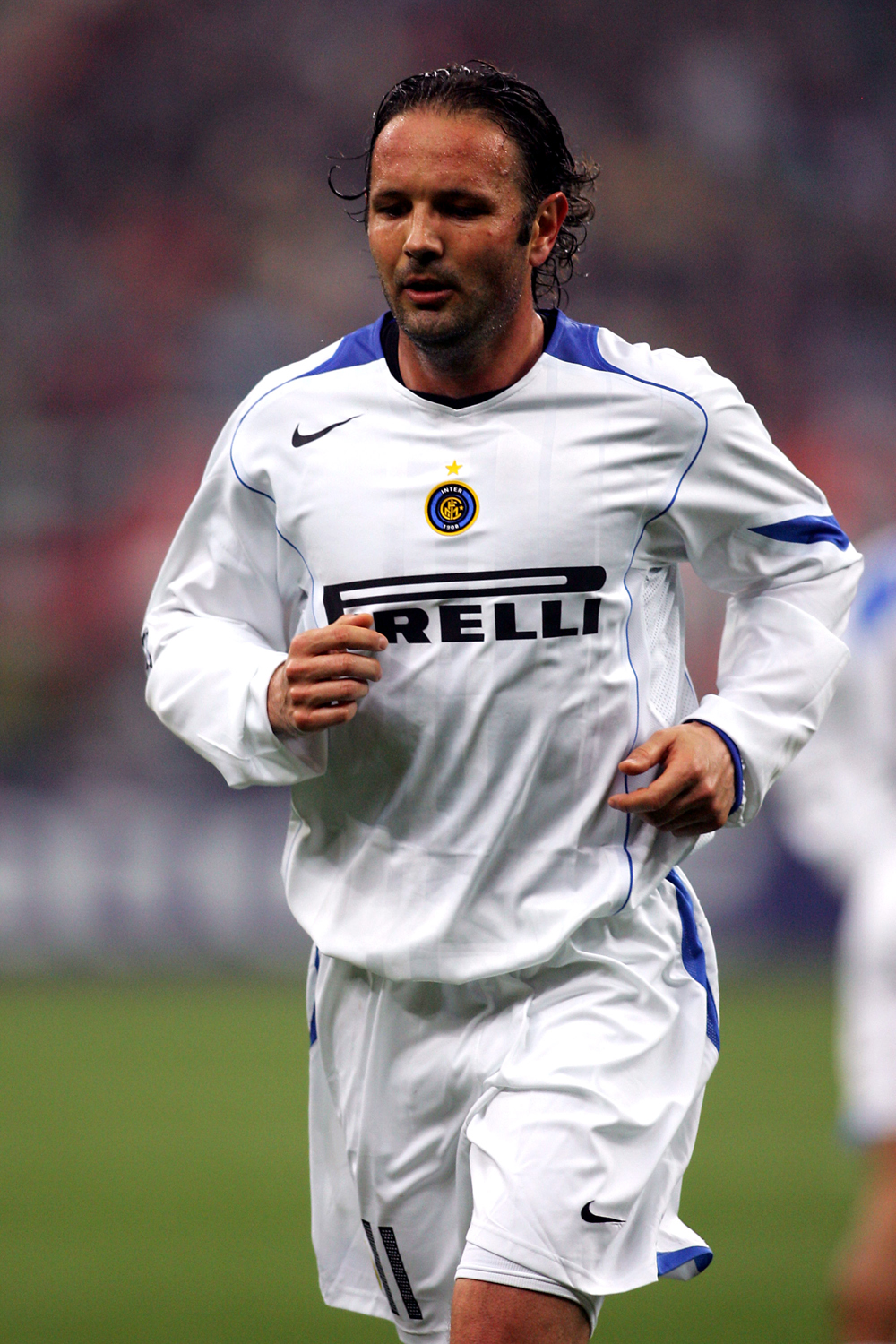 This shirt was worn by Sinisa Mihajlovic during the Tim Cup semi final game between Cagliari and Internazionale which took place in Cagliari, “Stadio Sant’Elia”, on May 12th 2005. Internazionale draw 1-1 and at the end of the game Mihajlovic gave his shirt to an Internazionale’s doctor whom we got it from. In the summer 2004, 35-year-old Mihajlović was released from Lazio and joined his friend and former teammate Roberto Mancini at Internazionale on a free transfer, signing a one-year deal. On 16 June 2005 Mihajlović signed a one-year extension. On 9 April 2006, in a league away game versus Ascoli, Mihajlović scored his 27th career free-kick goal in the Serie A championship. Mihajlović ended his playing career after the 2005–06 season, aged 37, having one Serie A championship, two Coppa Italia trophies and a Supercoppa Italia title as an Inter player. 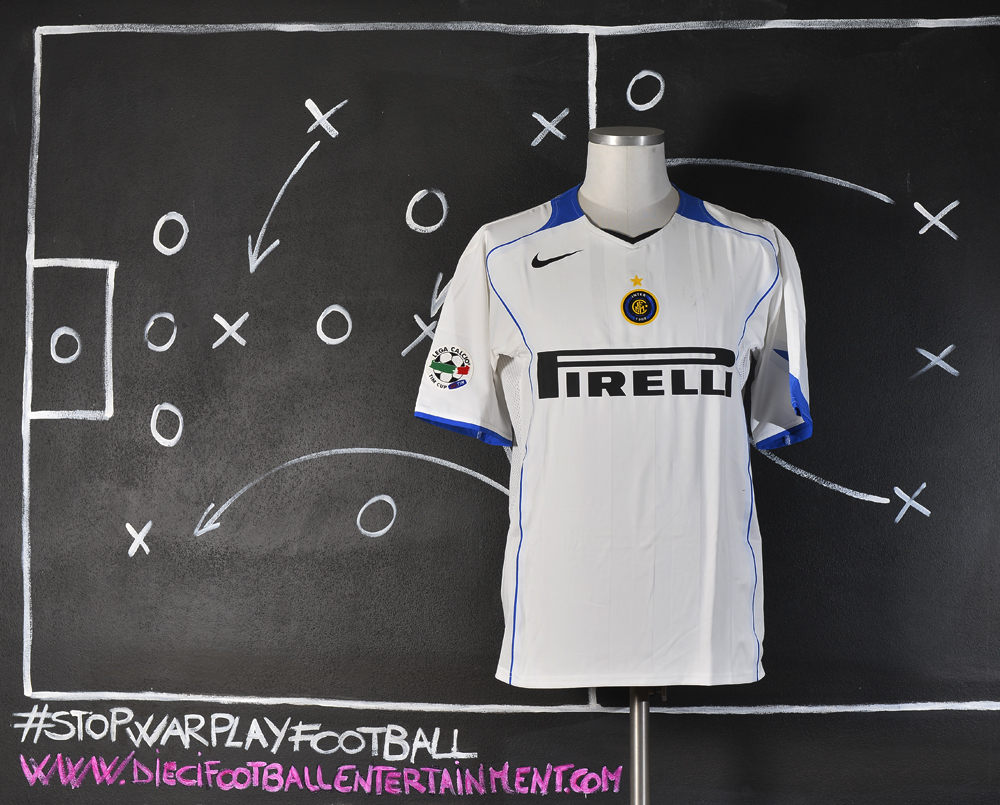 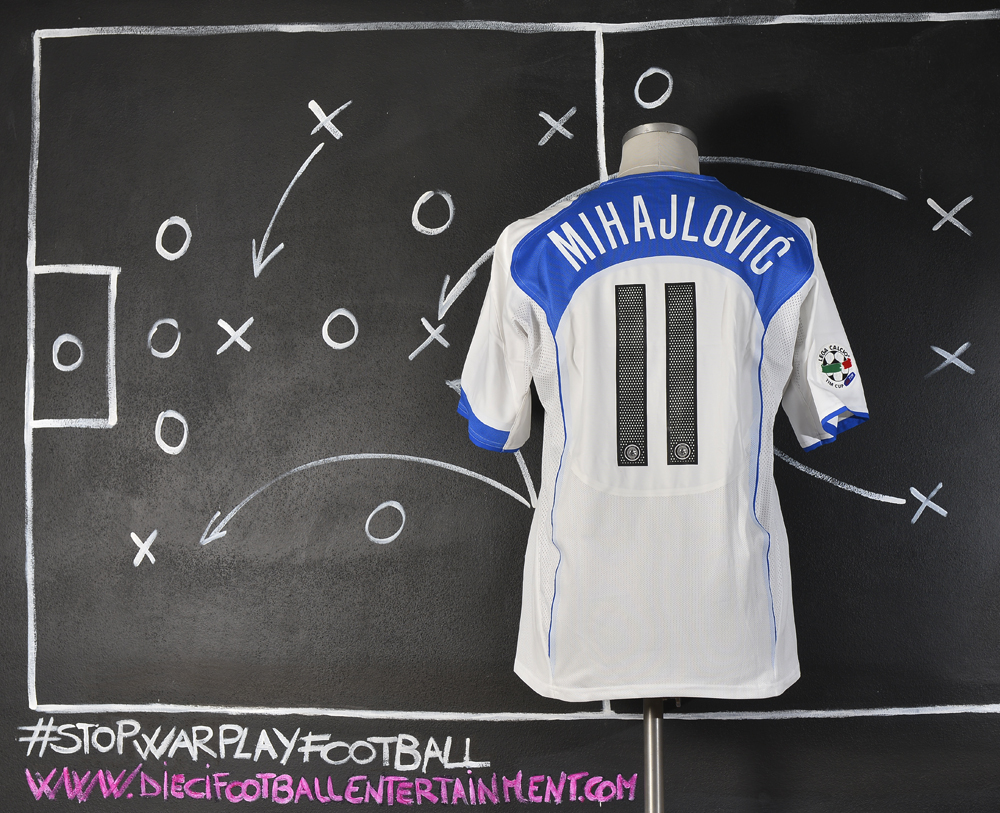 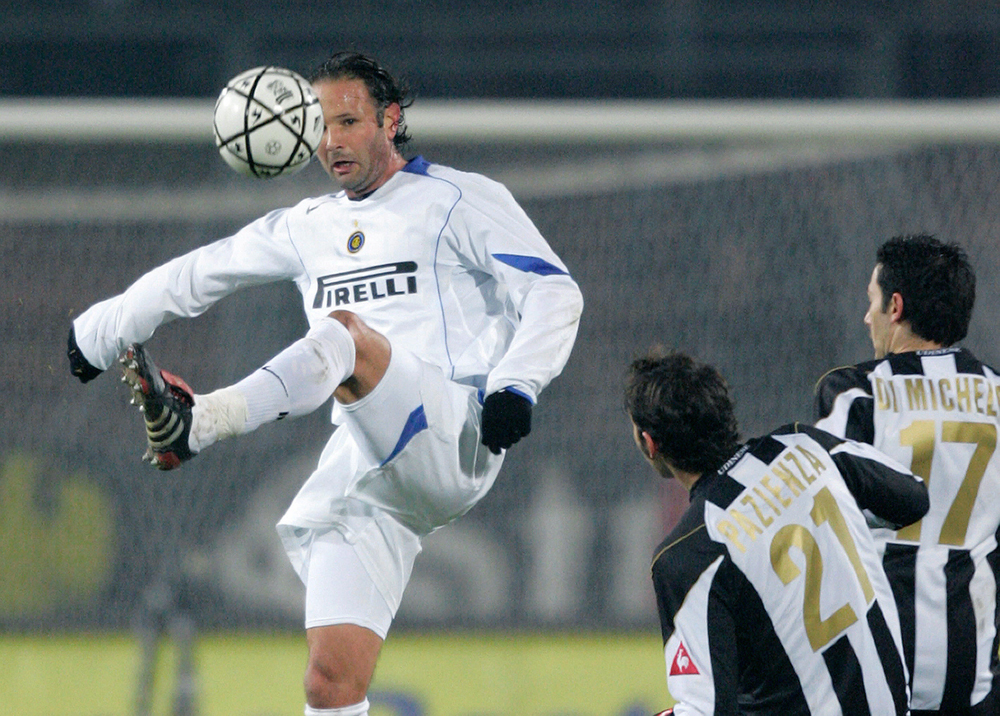 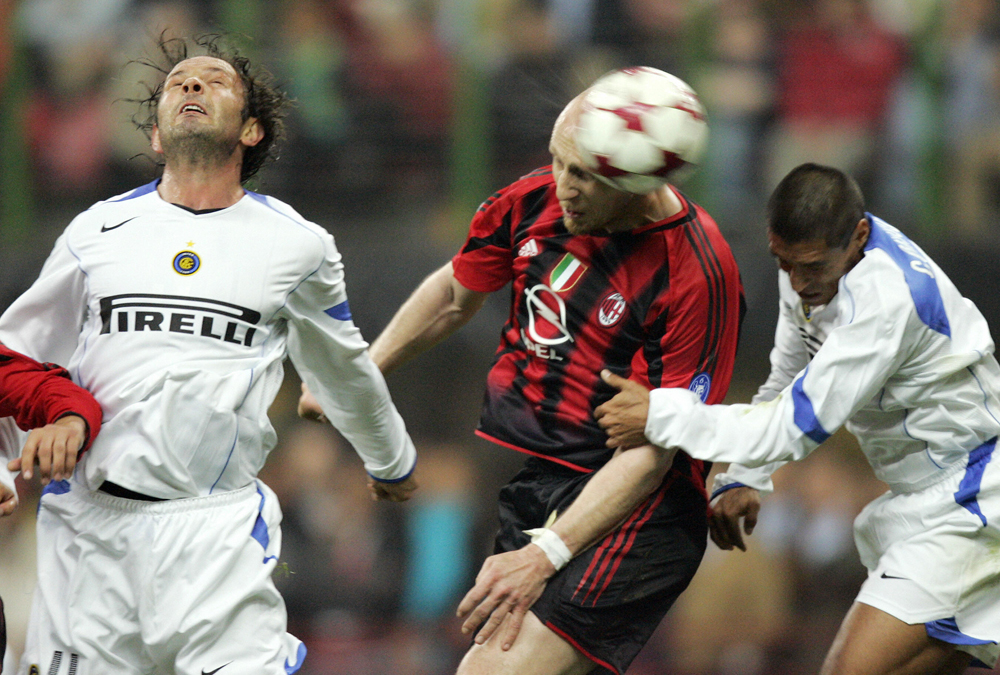 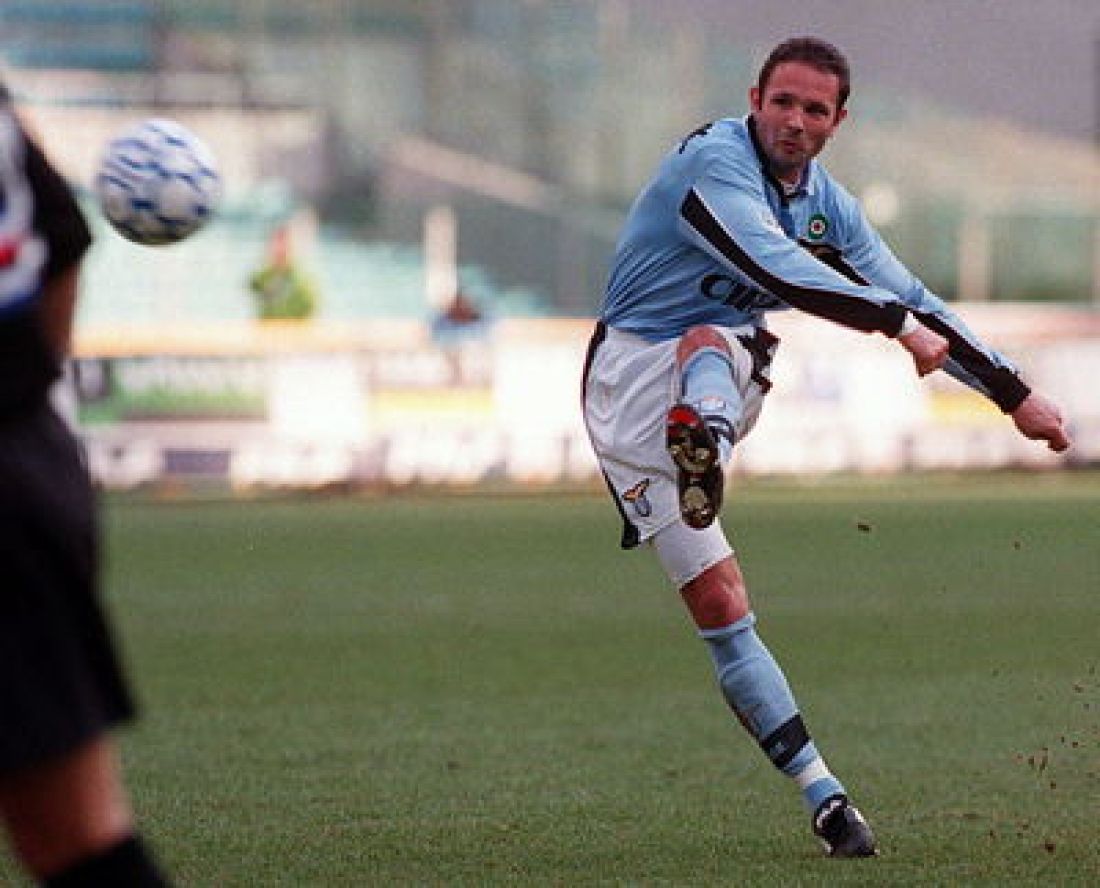 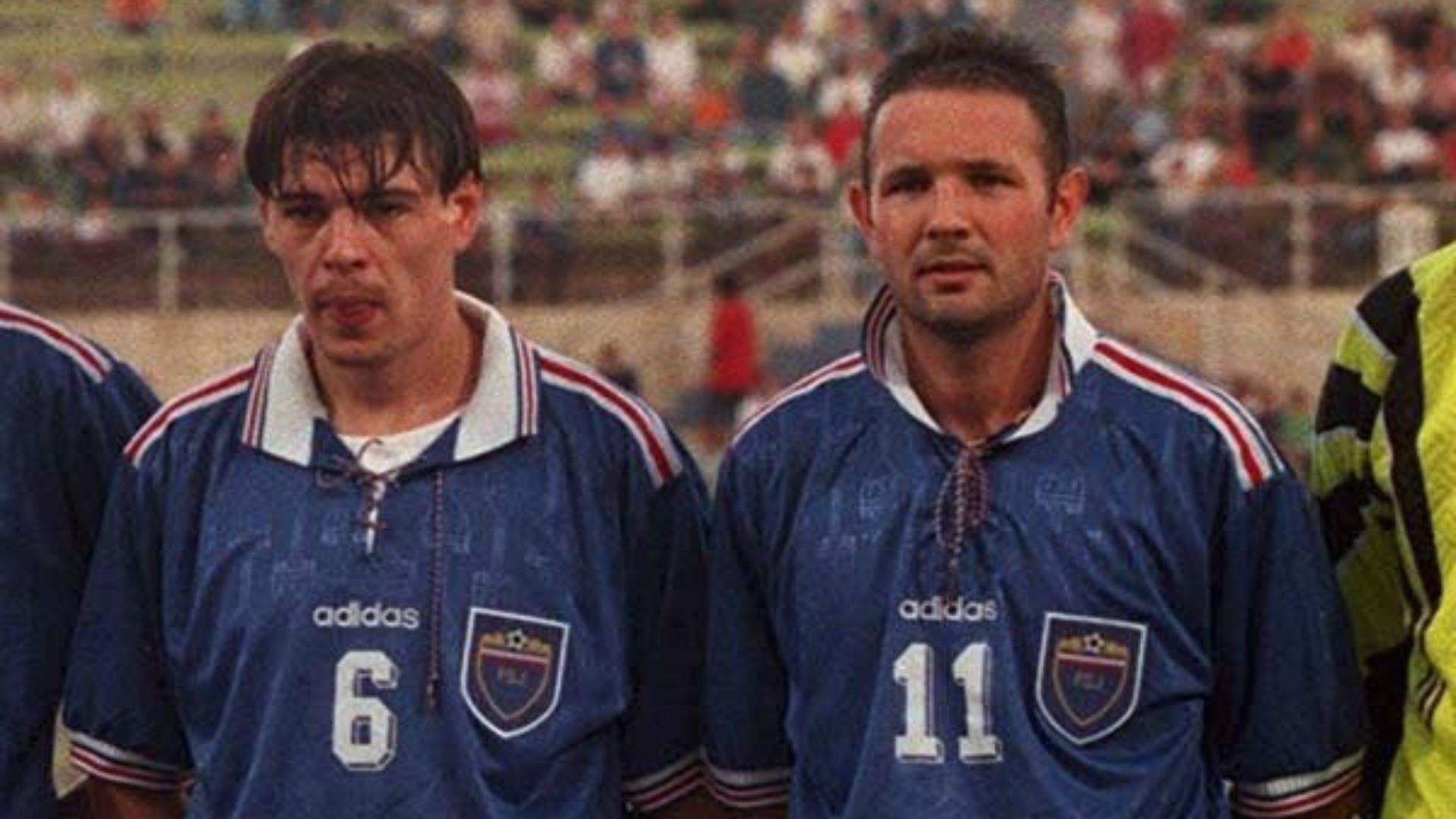 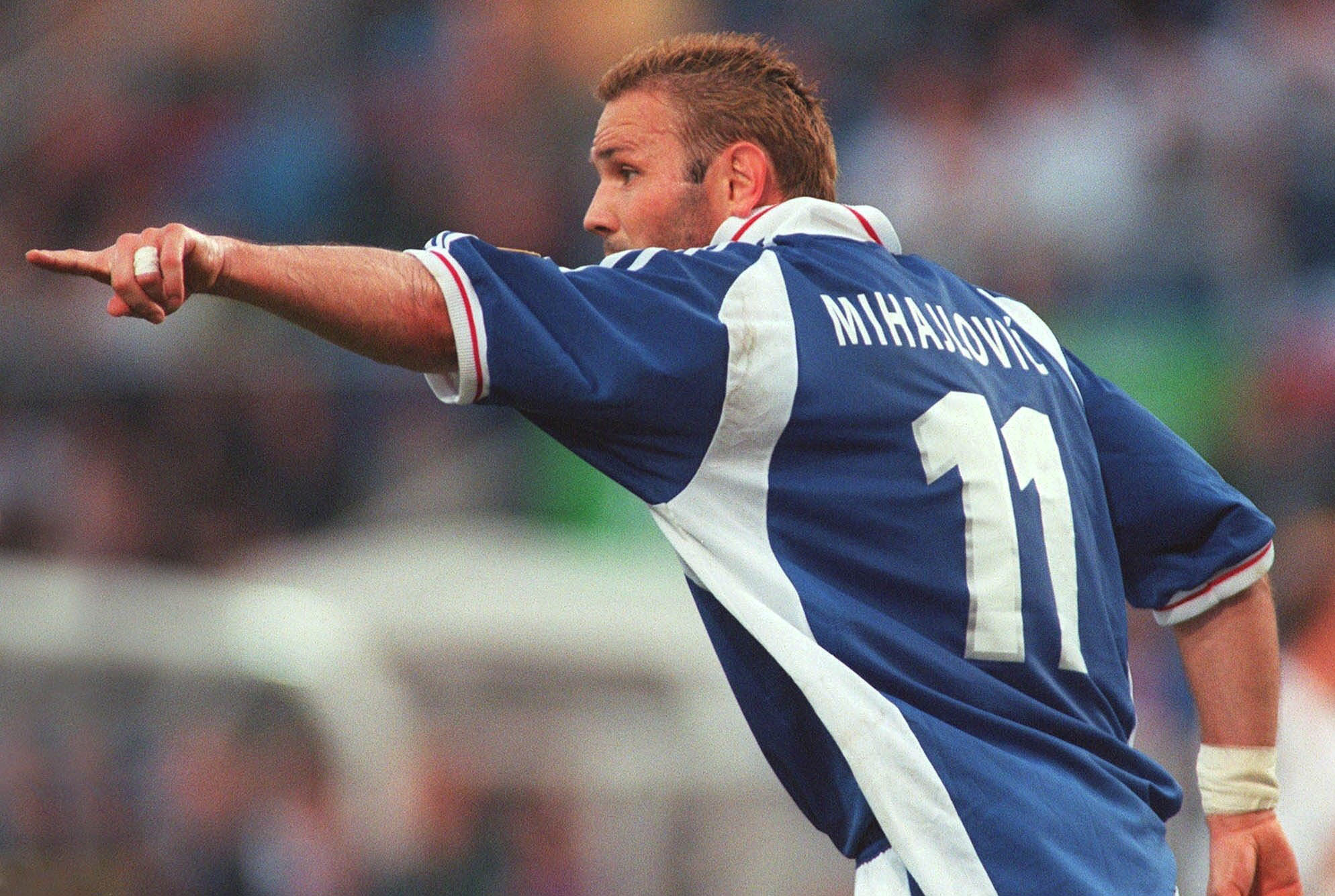 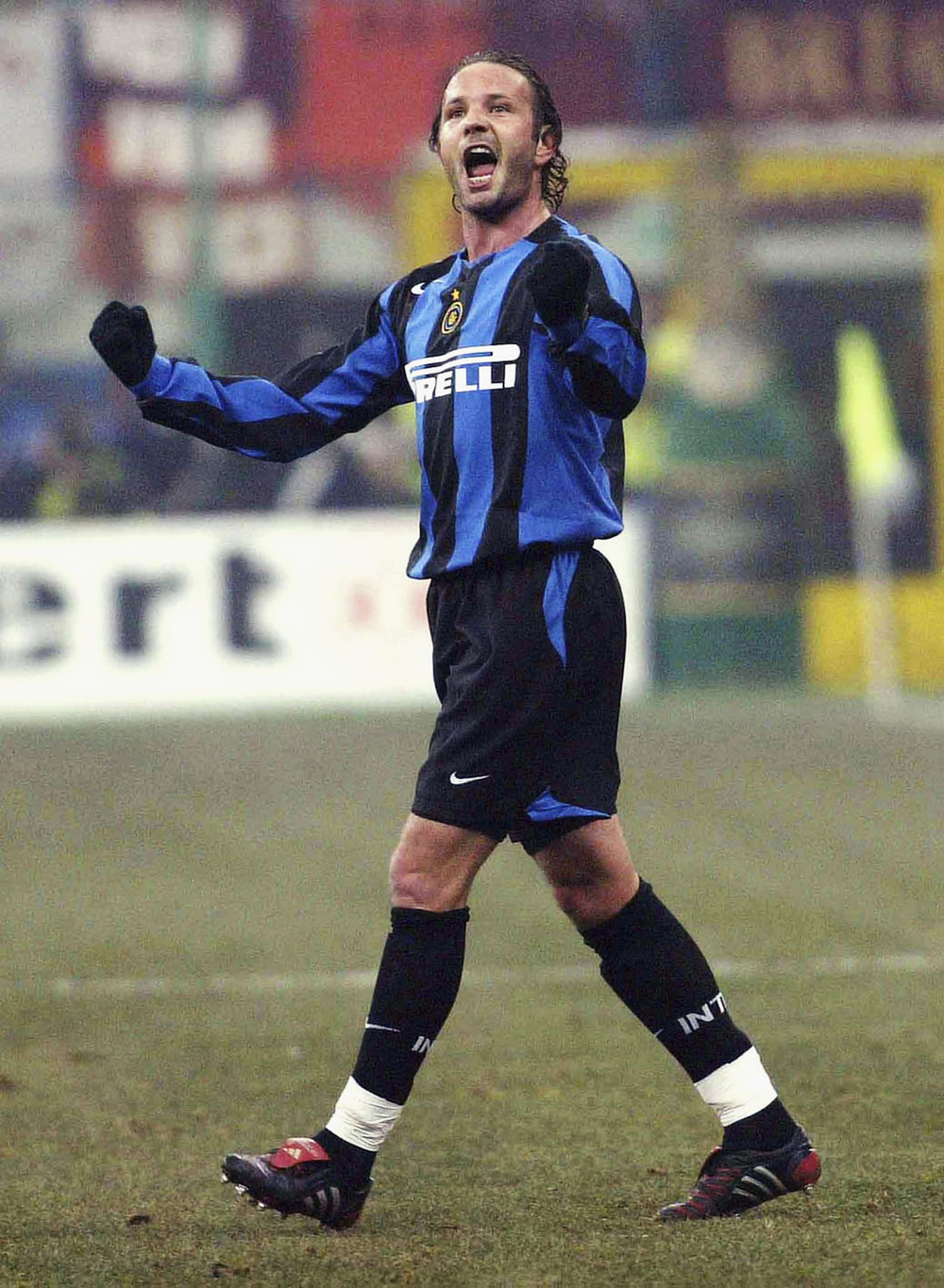 Early into playing career, Mihajlović marked himself out with an extraordinary long-distance striking, crossing, and passing ability. His precise curling yet hard-driven left-footed shot allowed him to score spectacular free-kick goals on regular basis. A set-piece and penalty kick specialist, Mihajlović has said that he shot free-kicks from as far as 35 yards, adding in a 2000 interview with BBC Sport: “I like to shoot with a swerve into both sides of the net. I often try scoring directly from the corners.”. He was capable of both scoring and creating chances from dead ball opportunities, and holds the record for the most goals in Serie A from free-kicks, alongside Andrea Pirlo, with 28 goals. Along with Giuseppe Signori, he is one of only two players who have scored a hat-trick from free kicks in Serie A, a feat which he accomplished during his time with Lazio, in a 5–2 win over Sampdoria during the 1998–99 season. During his club career in Yugoslavia with FK Vojvodina and Red Star Belgrade as well as during his early spell at Roma, he played on the left side of midfield as winger, or as an attacking midfielder on occasion. Upon moving to Italy, Roma coach Carlo Mazzone deployed him as a defensive midfielder, although his performances in this position were somewhat inconsistent due to his limited tactical sense; midway through his first season in Italy, he was moved to the position of left back by new head coach Vujadin Boškov. In 1994, after transferring to Sampdoria under head coach Sven-Göran Eriksson, Mihajlović was moved to the centre of the team’s defensive line, and remained in this position for the rest of his career. He later excelled in this newfound centre back role, due to his consistent defensive displays, physique, and tenacity, as well as his good technique and long passing ability, drawing praise from Carlo Mazzone, in particular, who described him as one of the best players in the world in his position. 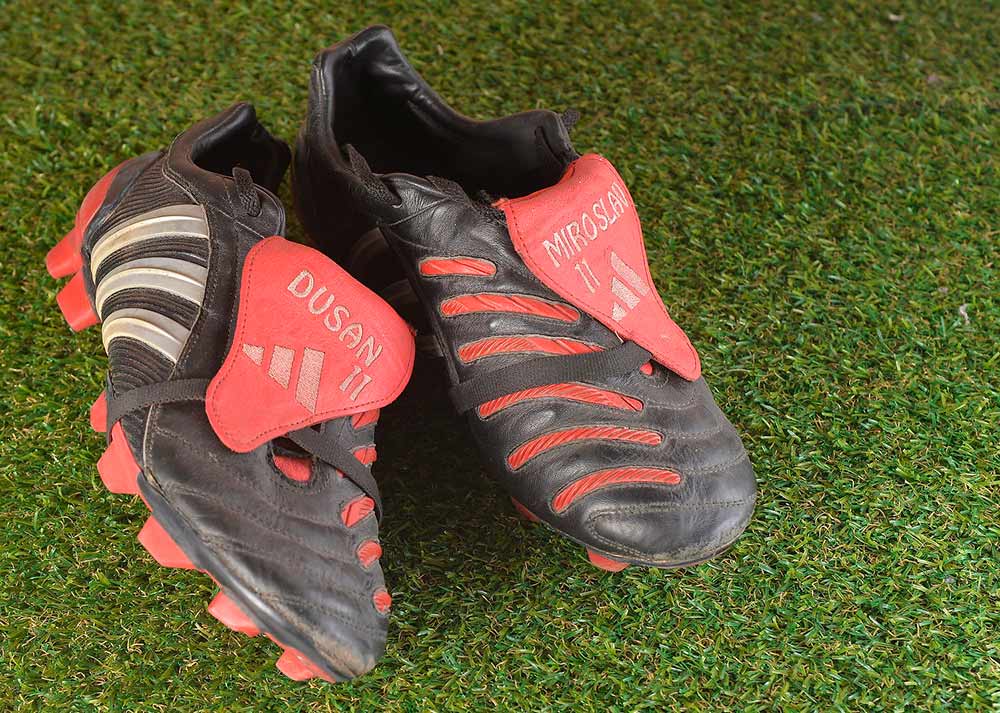 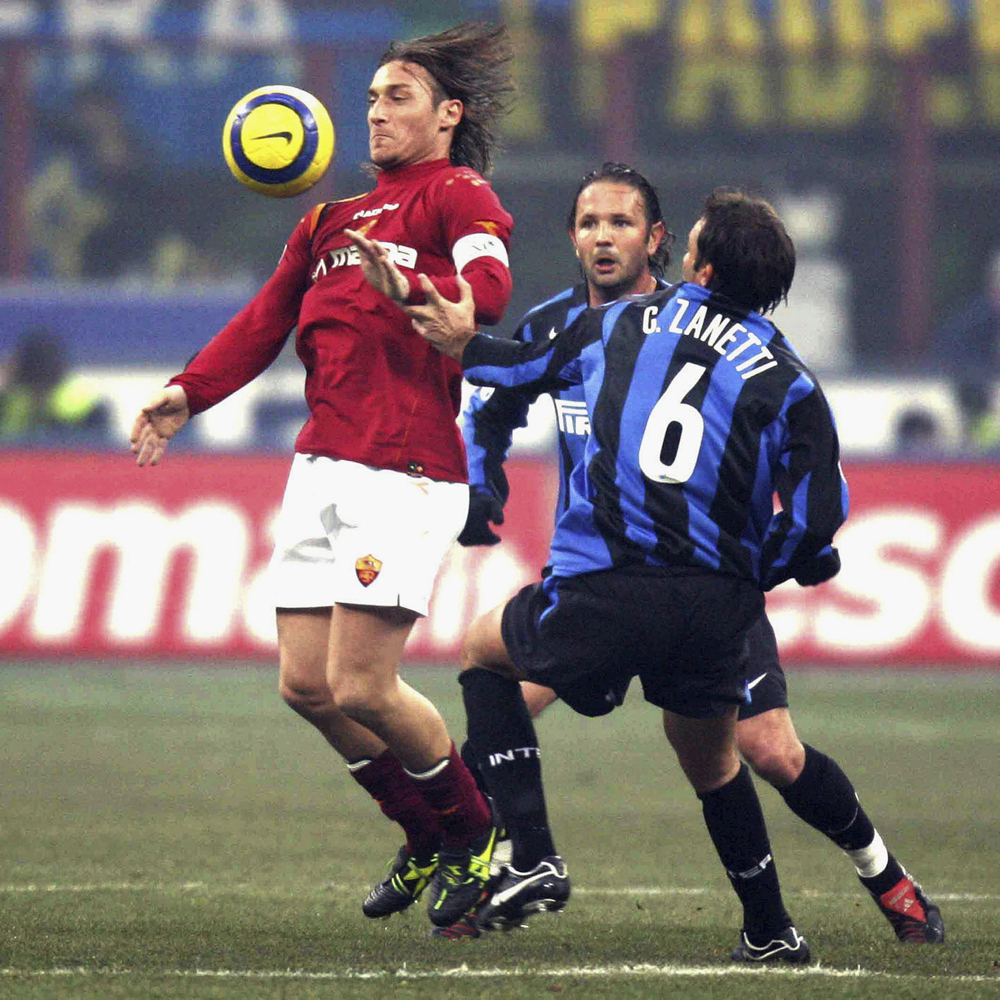 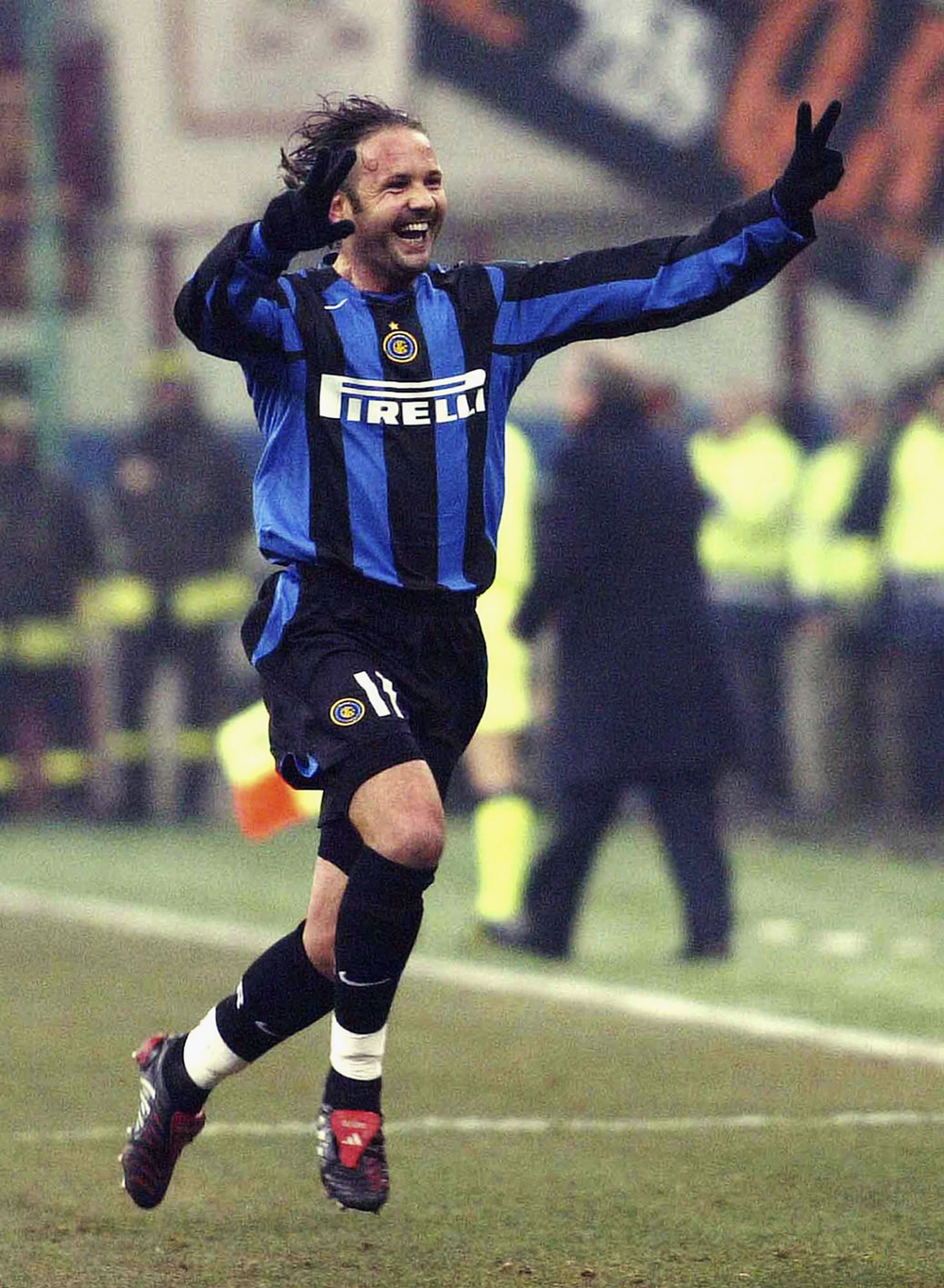 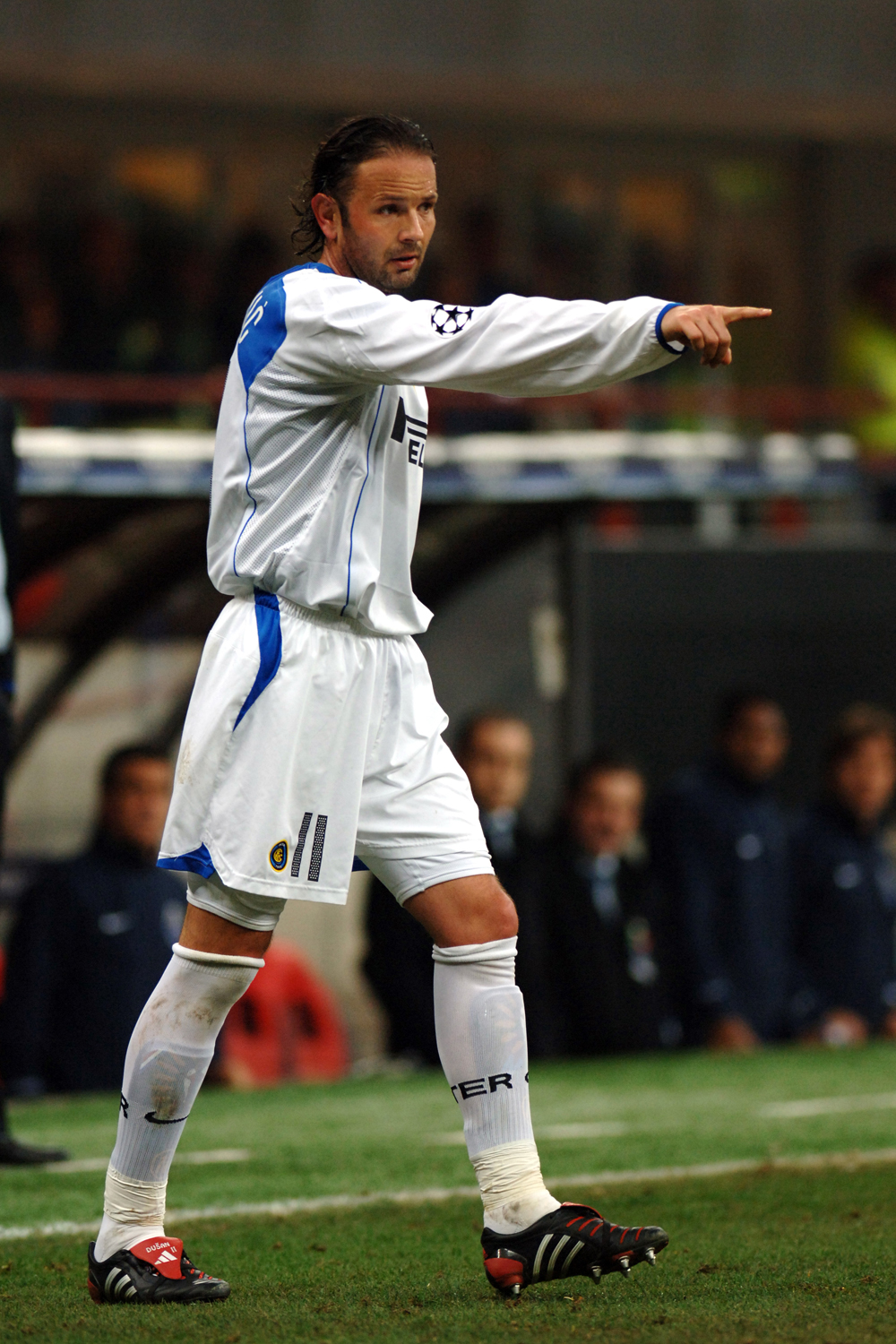 Grosso Grosso2022-12-16T17:54:39+00:00
Page load link
This site uses cookie technology, including third parties' ones. If you want to know more click here. If you access any element of this site outside this banner, you consent to the use of cookies. Ok
Go to Top