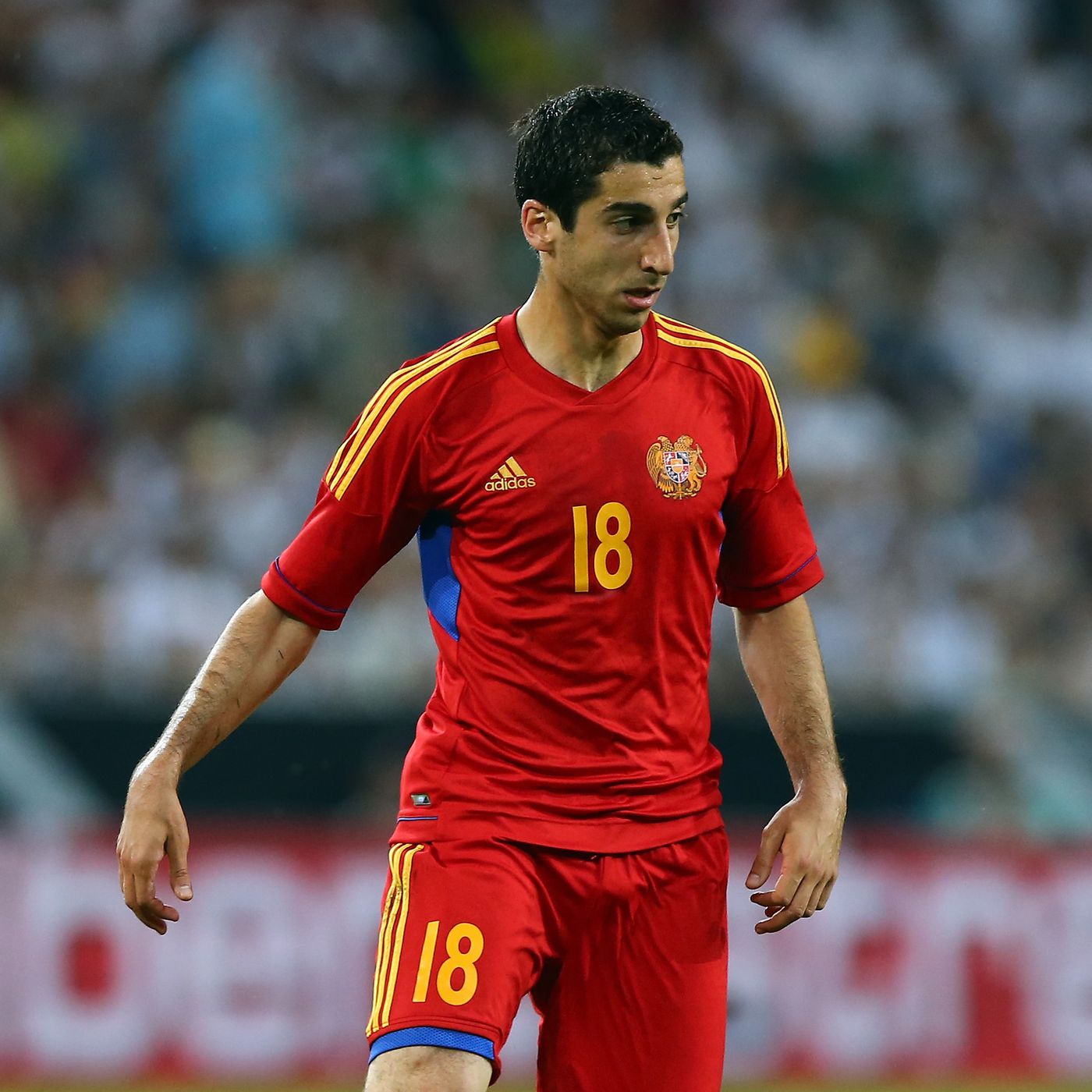 Henrikh Mkhitaryan is an Armenian professional footballer who plays and captains the Armenian national team. Mkhitaryan plays as an attacking midfielder, but can also play out wide. He won four Armenian Premier League titles with Pyunik, and joined Metalurh Donetsk in 2009; he moved to city rivals Shakhtar Donetsk in 2010 for €6.1 million. At Shakhtar, Mkhitaryan set the league goalscoring record in the 2012–13 season, and was named the league’s Footballer of the Year. After also winning three domestic doubles, he signed for Bundesliga club Borussia Dortmund for a club-record fee of €27.5 million,[3] making him the most expensive Armenian player of all time. There, he won a DFL-Supercup in 2014, and in the following campaign, registered the most assists in the Bundesliga, with 15, the second most in Europe. He then joined Manchester United for £30 million (€34.3 million), becoming the first Armenian to play in the Premier League. He won the FA Community Shield, and scored the winner to win the UEFA Europa League title. Mkhitaryan’s subsequent lukewarm form led him to sign for rivals Arsenal in 2018, and then to Serie A club Roma on an initial loan. He signed permanently in 2020. Mkhitaryan has been a member of the senior side in his native country since 2007. He is Armenia’s all-time top goalscorer, scoring 30 goals in 88 matches, as well as registering their first hat-trick. He has been named Armenian Footballer of the Year ten times, being awarded the distinction every year since 2009 (with the exception of 2010 and 2018). Mkhitaryan was also voted the CIS Footballer of the Year in 2012 and 2013, making him the first Armenian footballer to be named the best player from post-Soviet countries. 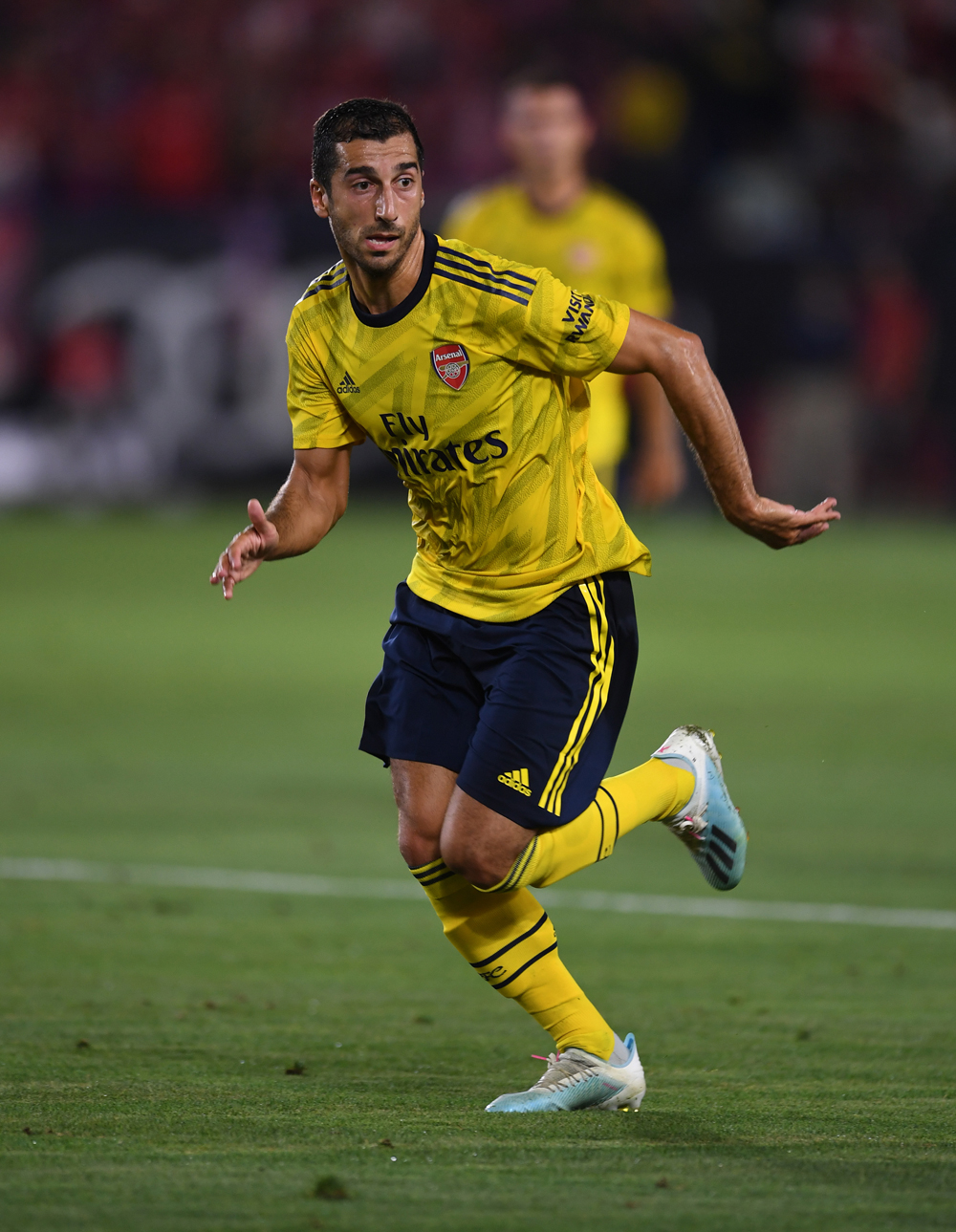 Mkhitaryan is an attacking midfielder, who is also capable of playing as a second striker or as a winger. He excels playing in a central role, just behind the strikers, where he often looks to link up with his teammates in and around the penalty area. He is known for his ability to draw away opposing defenders and, in turn, create space for his teammates to exploit, leading to goal scoring opportunities, courtesy of his offensive movement, technique, and vision. Mkhitaryan has also been praised for his precise passing, dribbling ability, creativity, ball control and work rate, as well as his eye for the final pass; his skill and trickery on the ball enables him to beat defenders in one on one situations. Furthermore, he possesses an accurate shot. During the 2012–13 season, former Scottish footballer Pat Nevin said of Mkhitaryan, “Eleven goals in eight league matches already is fantastic, but when you add that he is a midfielder, it is phenomenal. You may not have heard of him yet, even if all the scouts at the top European clubs have, but you soon will. He has pace, skill, a rocket of a shot and the ability to arrive in the box like Frank Lampard. This all singles him out as a player who must be watched or more importantly marked.” On 22 January 2018, Arsenal announced the signing of Mkhitaryan from Manchester United, as part of a swap deal with Alexis Sánchez moving in the other direction. On 3 February 2018, he made his first start for Arsenal in a 5–1 home win over Everton, claiming three assists. Mkhitaryan returned from injury to face Manchester United at Old Trafford, scoring Arsenal’s only goal in an eventual 2–1 loss, refusing to celebrate the goal out of respect for his former team. Mkhitaryan scored a goal and an assist in Arsenal’s second games of the 2018–19 season against London rivals Chelsea, losing the match 3–2. He scored a brace against Southampton in another 3–2 defeat, before suffering a metatarsal fracture in the following game, a 2–0 North London derby League Cup defeat. Mkhitaryan return to the squad to get two goals and three assists across his second and third game back, helping Arsenal in their 2–0 win over Southampton and 5–1 win over Bournemouth. Mkhitaryan was at the centre of a controversy ahead of the 2019 UEFA Europa League Final in Baku, Azerbaijan between Arsenal and Chelsea; Armenia and Azerbaijan do not have international relations and people of Armenian descent are forbidden entry to Azerbaijan without prior formal authorisation. He was promised guarantees of security, but did not travel over safety fears. Mkhitaryan and Arsenal ultimately decided that he would not travel with the squad to the final match, as he previously opted twice not to travel to Azerbaijan, the first was in 2015 to play for Borussia Dortmund against Gabala, and the second was in 2018 for Arsenal against Qarabağ. Mkhitaryan debuted for the Armenia national team in an away friendly match against Panama on 14 January 2007. He scored six goals for Armenia in UEFA Euro 2012 qualifying Group B, thus becoming top goalscorer in that group. Although Armenia did not advance past the qualifying stage for UEFA Euro 2012, Mkhitaryan’s performances landed him in the UEFA Euro 2012 Qualifying Dream Team with six goals. On 10 September 2013, in the absence of regular skipper goalkeeper Roman Berezovsky, Mkhitaryan captained his country for the first time, as they lost 0–1 at home to Denmark in World Cup qualification. He became the top scorer in the history of the Armenian national team, after scoring his 12th goal for the national team in a 1–3 defeat to Italy in another qualifier on 15 October. This surpassed the 11 scored for the nation by Artur Petrosyan. On 27 May 2014, he scored twice in a 4–3 friendly win against the United Arab Emirates at the Stade de la Fontenette in Carouge, Switzerland. Two years and a day later, he scored Armenia’s first international hat-trick in a 7–1 friendly win over Guatemala in Los Angeles. 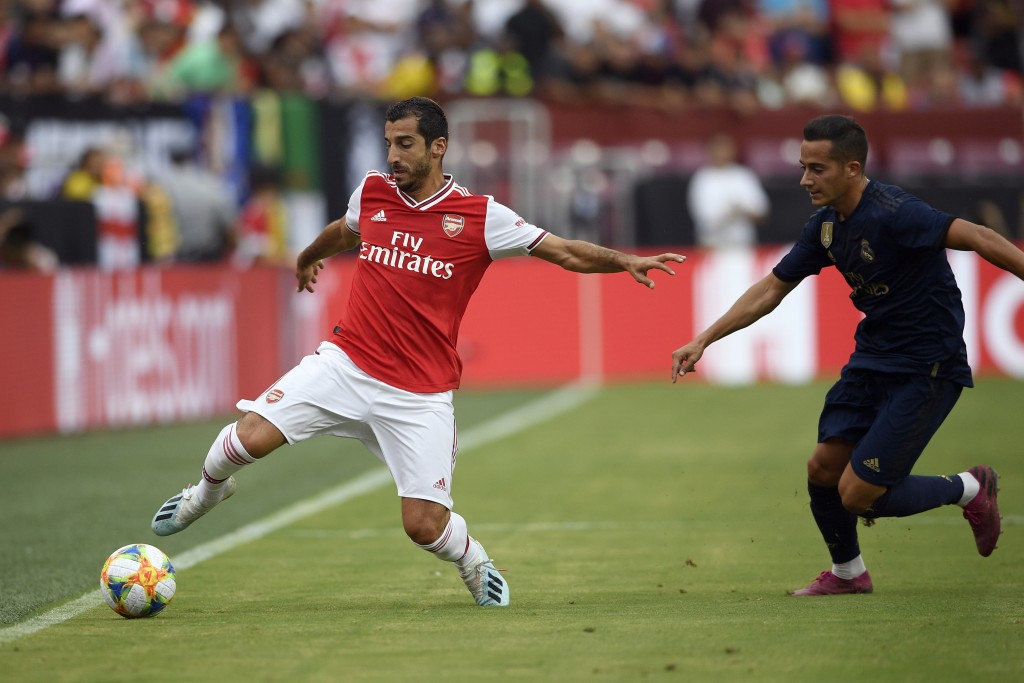 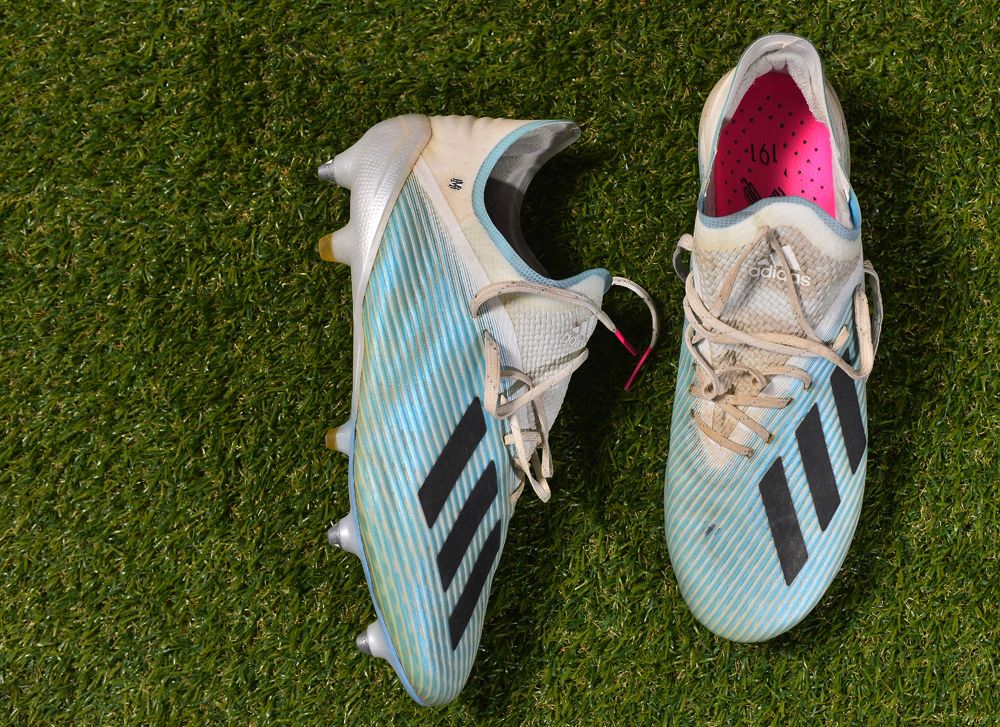 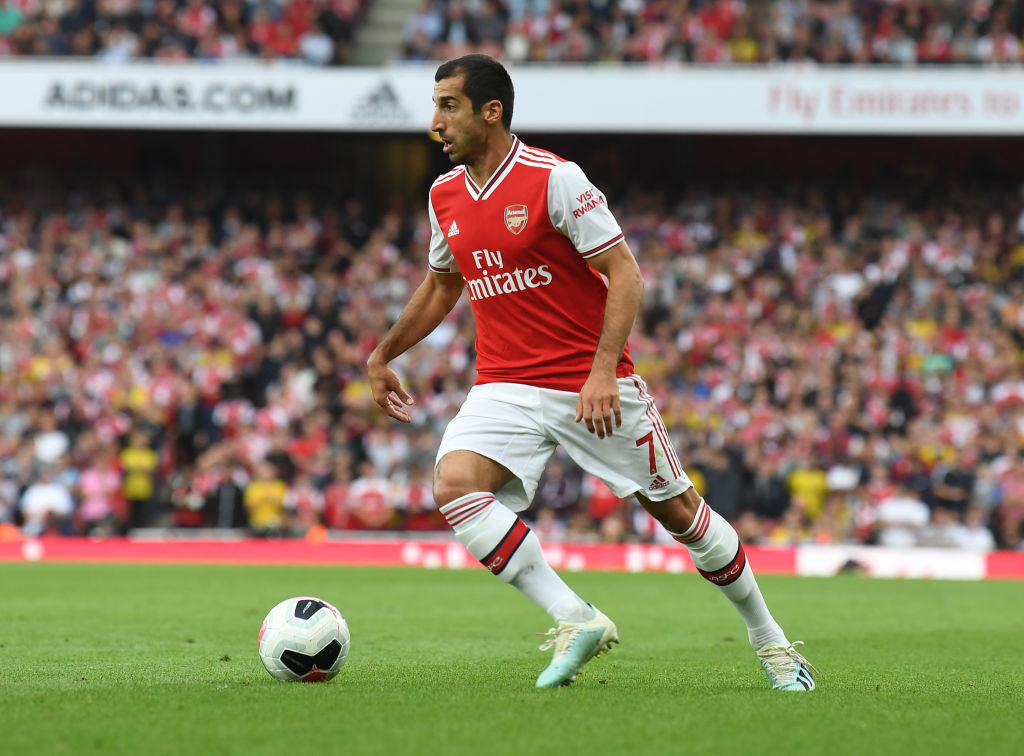 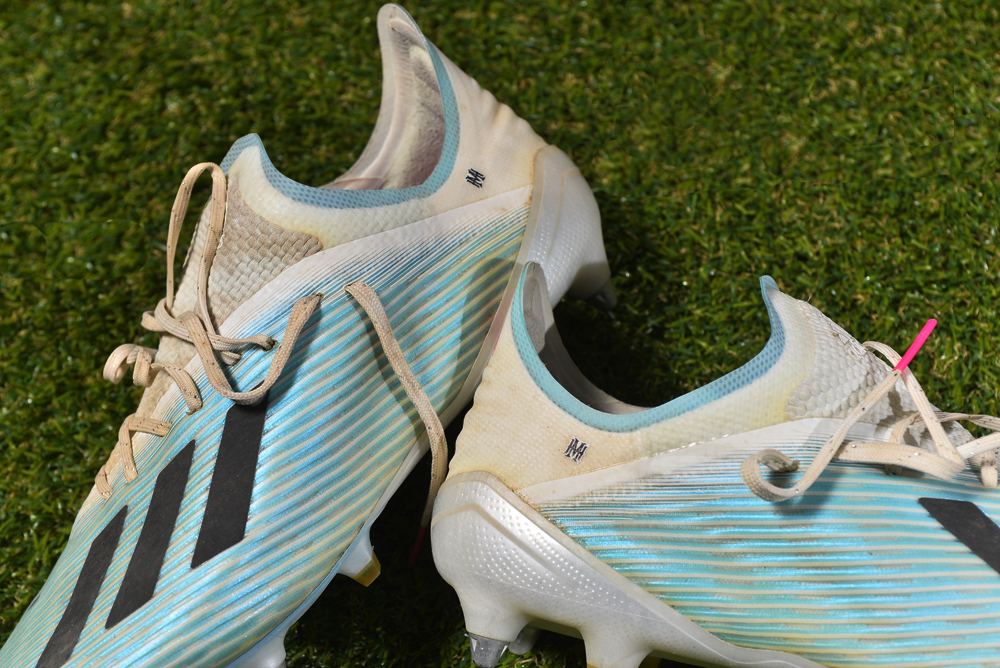 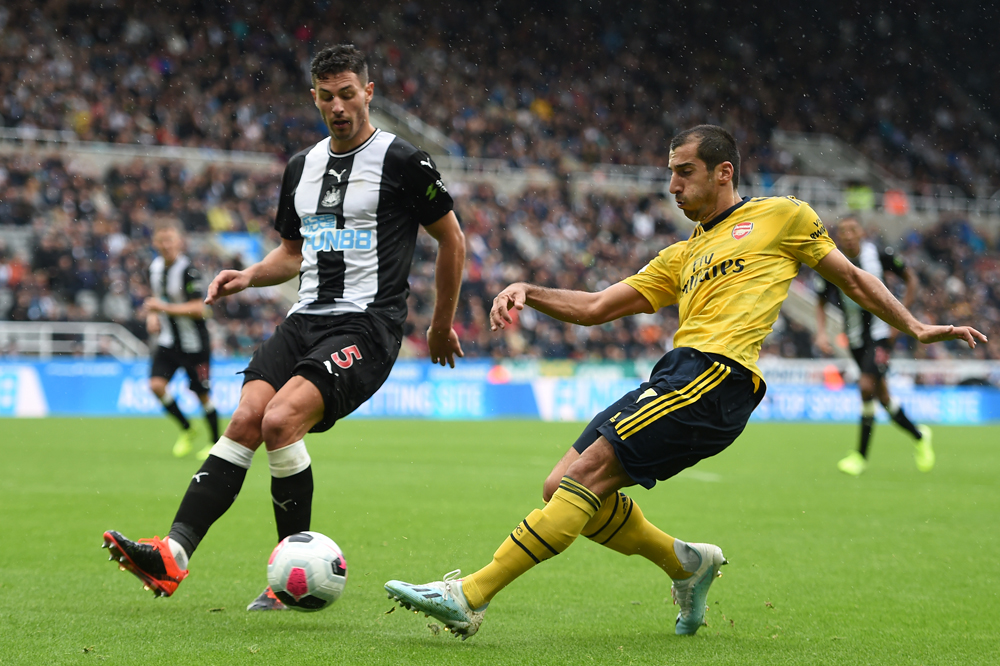 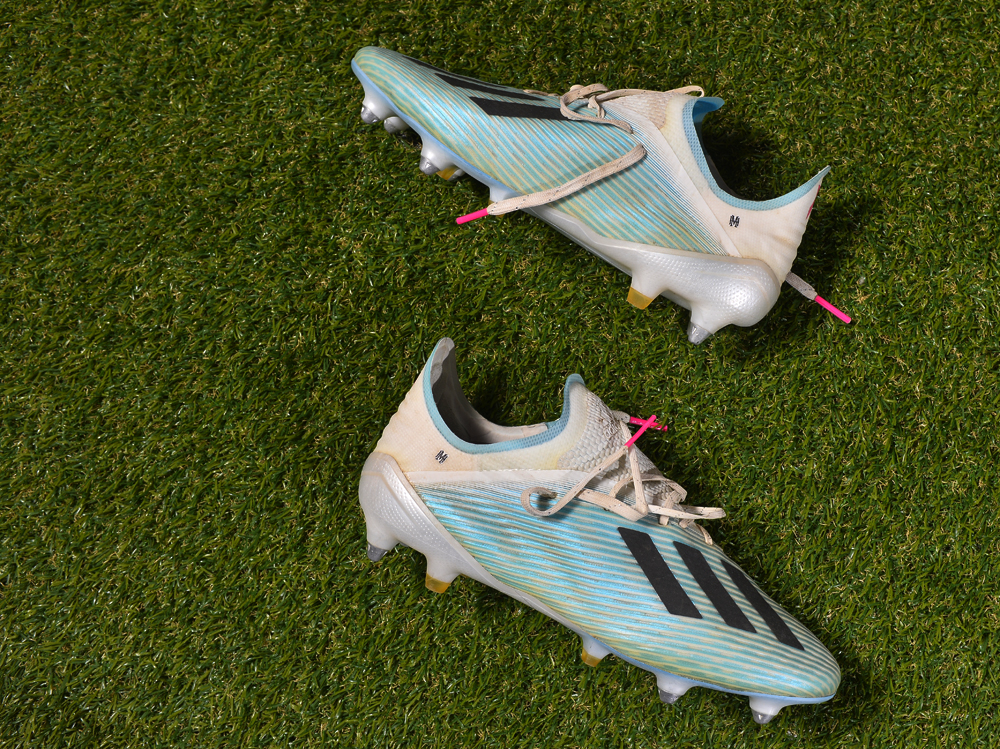 Mkhitaryan is a polyglot, who speaks eight languages: Armenian, French, Portuguese, Russian, Ukrainian, English, Italian and German. He attributes his knowledge of Russian to his maternal grandmother, who was of Russian ethnicity. He learned the first three languages in his childhood, while the latter four he picked up playing in Ukraine, Germany, and England. Shakhtar’s Donbass Arena has a tradition of playing music each time home players score goals, with a track corresponding to the nationality of a scorer. “Sabre Dance” by Armenian composer Aram Khachaturian was played whenever Mkhitaryan scored. This song became very popular in Donetsk due to Mkhitaryan scoring frequently. In June 2019, Mkhitaryan married Betty Vardanyan at the monastery of San Lazzaro degli Armeni, near Venice, Italy. She is the granddaughter of Hrant Vardanyan, the founder of Grand Holding, Armenia’s main cigarettes and candy producer. On 4 March 2020, their son, Hamlet Mkhitaryan was born. Mkhitaryan has been nicknamed Heno (Հենո), short for Henrikh, by his fans in Armenia; he appreciates its informality. Soon after joining Borussia Dortmund, he was often nicknamed Micki by international fans. Mkhitaryan did not approve of this and personally asked his fans to respect his Armenian family name, stating, “I have come to a foreign country and respect its laws and traditions, but I do want them to respect my love for homeland and my roots. I will not adapt and change anything. I’m going to score goals, then they will definitely remember my name.” He stated in an interview that it was Borussia manager Jürgen Klopp who gave him that nickname because his surname is too long to pronounce, and he later responded that it is OK to use that nickname. His verified Instagram account is named micki_taryan. 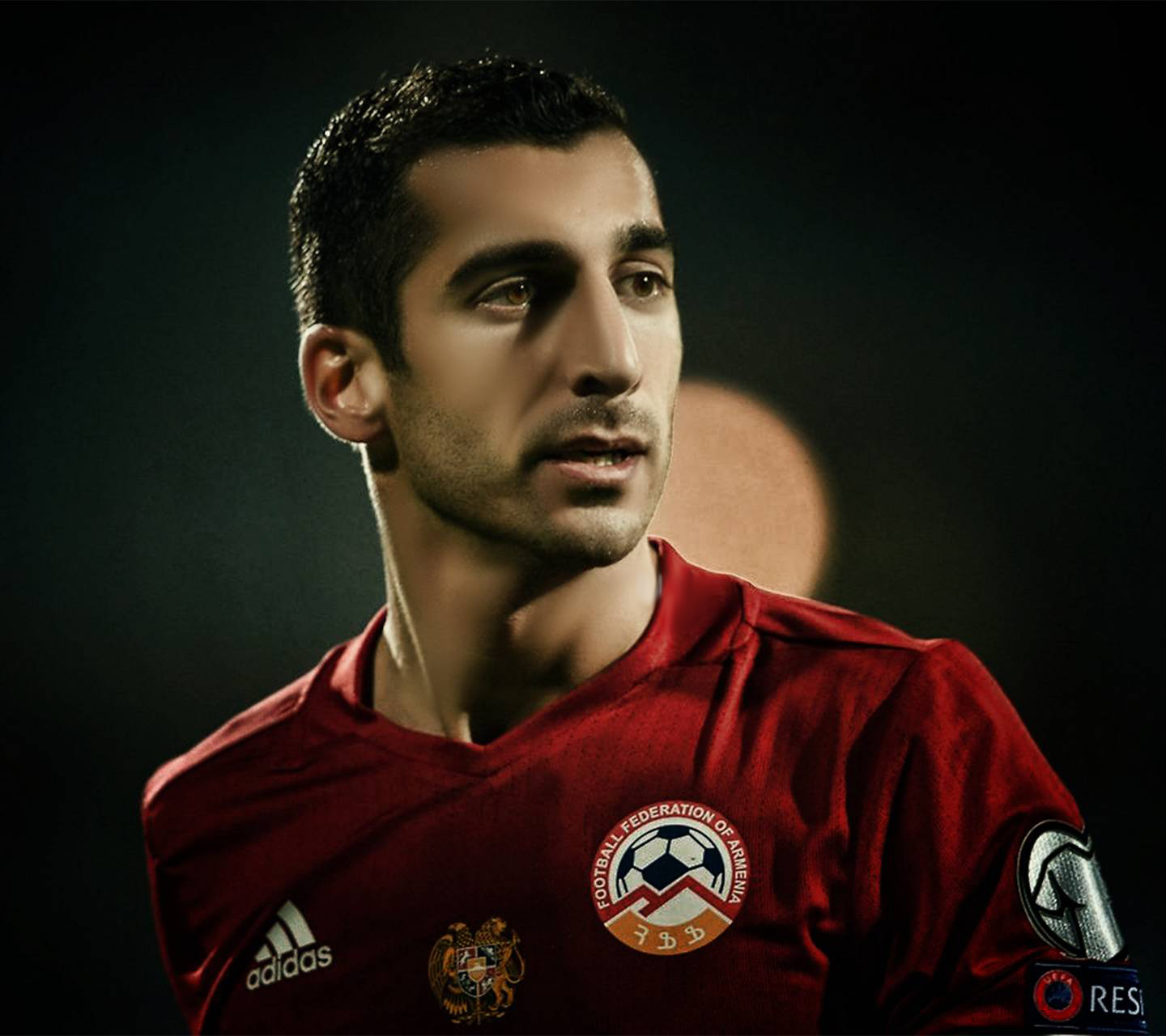 Grosso Grosso2021-05-29T07:55:35+00:00
Page load link
This site uses cookie technology, including third parties' ones. If you want to know more click here. If you access any element of this site outside this banner, you consent to the use of cookies. Ok
Go to Top