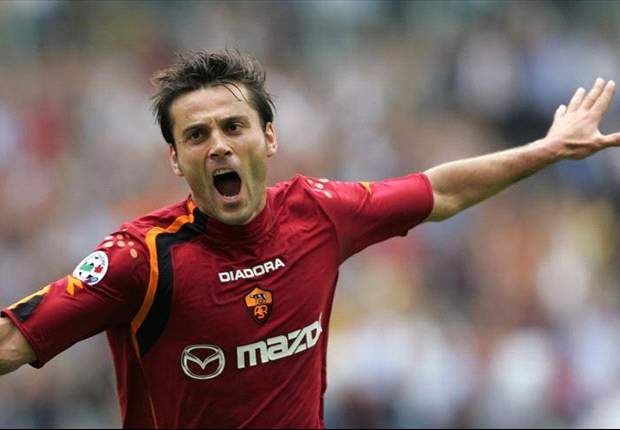 Vincenzo Montella is an Italian former footballer. Montella’s nickname during his playing career was “L’Aeroplanino” (“The Little Airplane”), in reference to his small stature and trademark goal celebration, in which he spread his arms like wings. A prolific goalscorer, throughout his playing career Montella played as a forward for Italian clubs Empoli, Genoa, Sampdoria and Roma, and also had a spell on loan in England with Fulham. He is mostly remembered for his performances with Roma (1999–2007), where he won the Serie A title and the Supercoppa Italiana during the 2000–01 season, also later reaching the 2003 Coppa Italia final with the club. In 2013, Montella was inducted into the A.S. Roma Hall of Fame. At international level, he made 20 appearances for Italy between 1999 and 2005, scoring three goals; he was notably a member of the Italian team that reached the final of UEFA Euro 2000, and he also represented his country at the 2002 FIFA World Cup. Montella began his managerial career as Roma’s caretaker manager in 2011, later coaching Catania the following season. In 2012, he moved to Fiorentina, where he spent three seasons, leading the club to three consecutive fourth-place league finishes, the 2014 Coppa Italia final and the UEFA Europa League semi-finals in 2015. After a season-long spell with Sampdoria, he was appointed Milan’s manager in 2016, and later that year, he won his first title as a coach with the club, the Supercoppa Italiana. 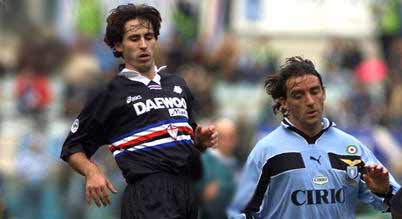 Vincenzo Montella moved up to Serie A from Genoa team to city rivals Sampdoria in 1996, where he remained three years, until 1999, when he moved to Roma in a 50 billion lire (about €25.823 million) transfer. 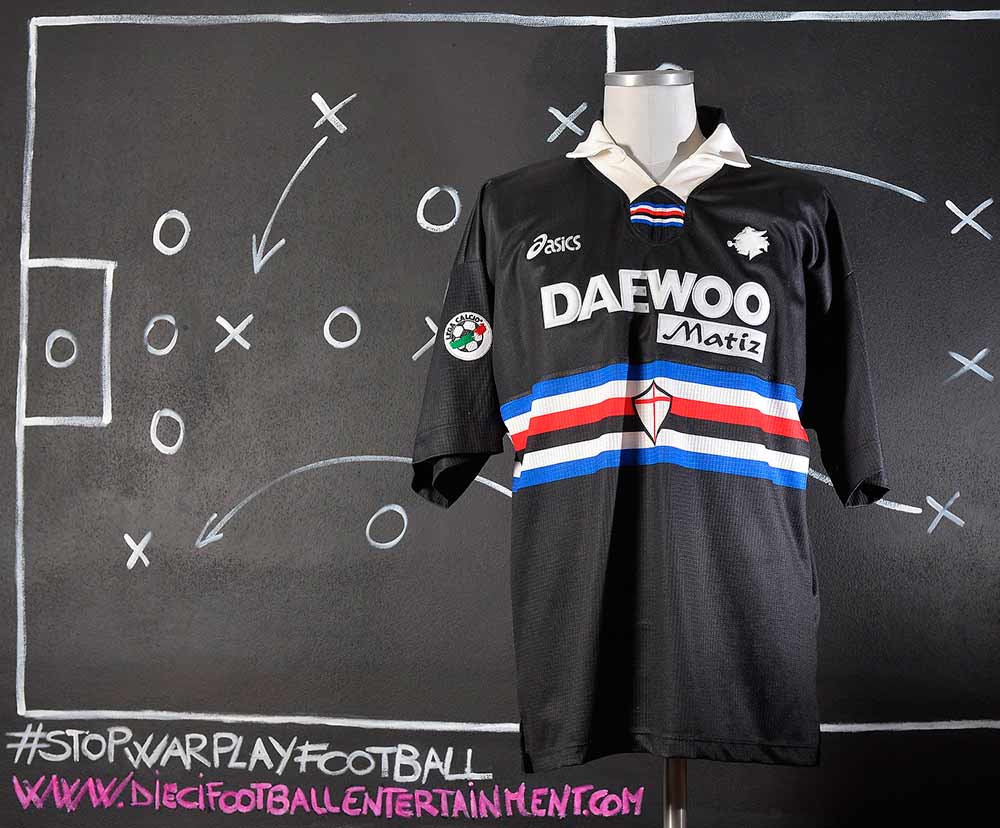 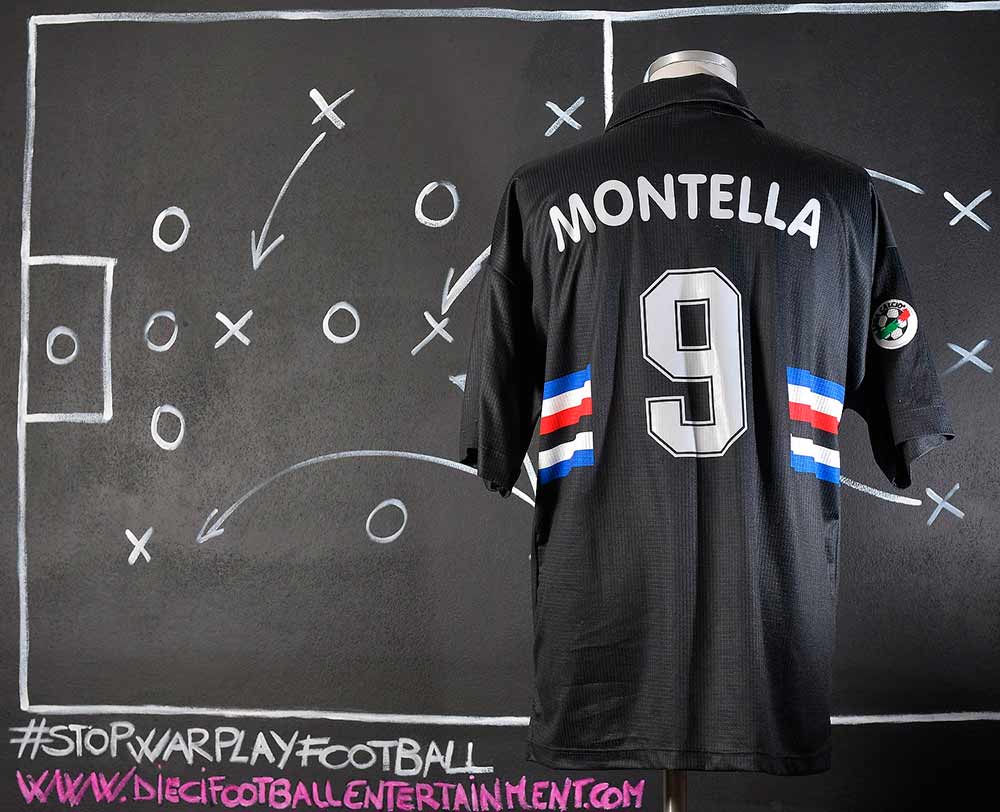 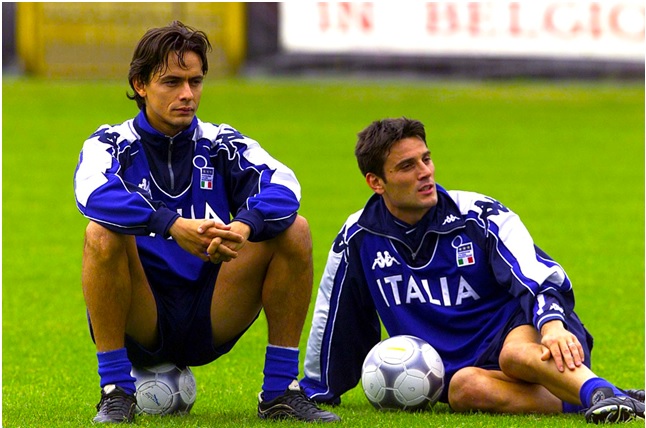 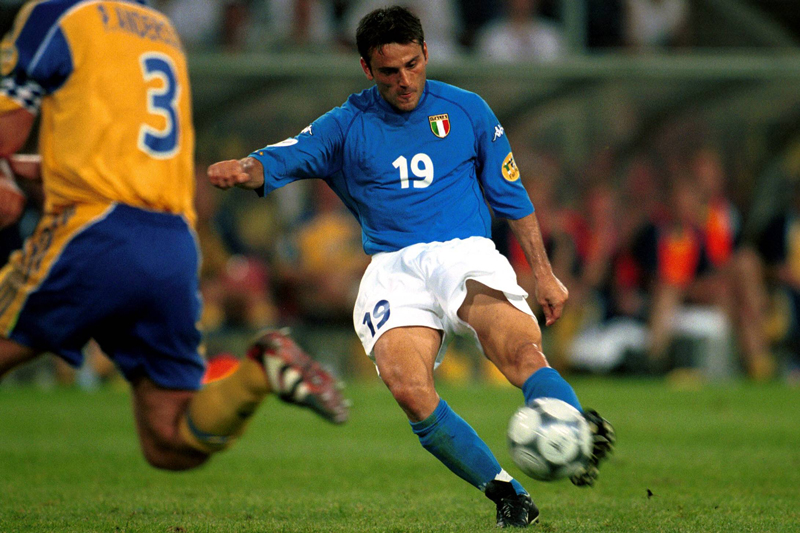 Montella received his first international cap for Italy under Dino Zoff in a UEFA Euro 2000 qualifying match against Wales on 5 June 1999, which Italy won 4–0, and he was part of the final 22-man Italian squad that took part at Euro 2000, where they reached the final. Although Montella did not score during the competition, he recorded an assist in Italy’s final group match against Sweden, setting up Alessandro Del Piero’s match-winning goal, which allowed Italy to top their group. He would also make one more appearance during the tournament, in the final defeat against France in extra-time. He scored his first goal for Italy in an international friendly match against South Africa in Perugia on 25 April 2001, a 1–0 home win for Italy. In March 2002, he scored a notable double against England in an international friendly match in Leeds, giving Italy a 2–1 away victory after they had been trailing 1–0. After appearing for Italy under Giovanni Trapattoni during their 2002 FIFA World Cup qualifying campaign, Montella was chosen as a member of the Italy team that would be competing at the 2002 World Cup, where the Italians were eliminated controversially in the round of 16 to co-hosts South Korea. In his only World Cup appearance, during Italy’s final group stage match against Mexico in the 2002 World Cup, he had a goal wrongly disallowed. He later set up Del Piero’s equaliser, which helped Italy to progress to the second round. He was set to come in the round of 16 match, but South Korea scored the golden goal moments before he was set to come on. He also appeared for Italy in three Euro 2004 qualifying matches, and he made his final appearance for Italy in an international friendly match against Russia on the 9 February 2005, which Italy won 2–0. In total, Montella won 20 caps and scored 3 goals for Italy. 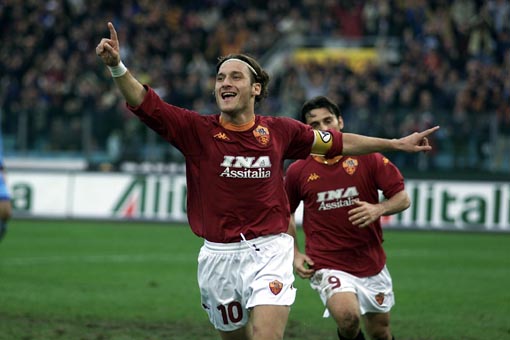 This shirt has been worn by Montella during the Serie A game between Roma and Reggina which took place in Roma, “Stadio Olimpico”, on November 12th 2000. Roma defeated Reggina 2-1 and Montella scored one of the two goals and at the end of the game he swapped his shirt with a Reggina’s player whom we got it from. Montella joined A.S.Roma in 1999 in a 50 billion lire (about €25.823 million) transfer. It was Roma coach Zdeněk Zeman that wanted him to spearhead the Roma attack, but that year Roma also signed a new coach, Fabio Capello, who disliked short forwards. Despite this, during the 1999–2000 season, Montella scored 18 goals, being the topscorer of the giallorossi, playing alongside Marco Delvecchio, in front of advanced playmaker Francesco Totti. The following year, Roma signed the Argentinian forward Gabriel Batistuta from Fiorentina, the tall striker wanted by Capello. There was a slight controversy between the two forwards concerning the number 9 shirt, the prior number of both players – Batistuta ultimately chose number 18, although Batistuta was often the coach’s first choice, with Montella was usually deployed as a substitute. Despite his lack of starts, he was one of the main protagonists of Roma’s third Scudetto in 2000–01 and scored many important goals for the club, including the equalising goal in a 2–2 away draw in Serie A against eventual runners-up Juventus on 6 May 2001, and Roma’s second goal in the 3–1 title-deciding victory over Parma on 17 June, at the Stadio Olimpico in Rome. The controversies between Capello and Montella continued in the following years as Montella was unhappy at his lack of first team opportunities, and in March 2002 Montella made his sadness clear, stating, “I would have better expectations with another coach.”[16] Despite his struggle to gain a starting spot, he became a club idol to the supporters, as he had a knack for performing well in the Rome derby against Lazio, scoring a brace in his first derby in 1999 and four goals in a 5–1 win on 10 March 2002; this four-goal haul is still the record of goals scored in a derby match by a single player. With Roma, Montella played a total of 215 matches over 8 years, scoring 94 goals to become the fifth-best topscorer in Roma history. He played his last game for Roma on 23 December 2006 before leaving on loan to England. 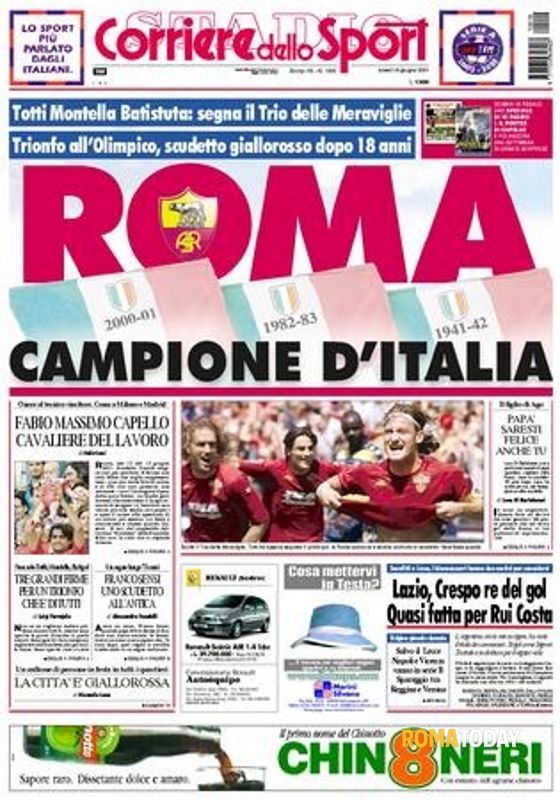 In 2001, Associazione Sportiva Roma took its third league title (after 1942 and 1983), winning Serie A only a year after rivals Lazio. Important signings were the Argentines Walter Samuel, a defender, and Gabriel Batistuta, a top striker. Fabio Capello’s line-up also included Cafu, Vincent Candela, Emerson, Vincenzo Montella and captain Francesco Totti. Capello won Serie A once again when on the last matchday Roma defeated Parma 3–1 at home with Totti, Montella and Batistuta scoring. To celebrate the Roma’s triumph, the top model and actress Ms Ferilli, a big Roma’s fan, stripped down to a flesh coloured bikini on stage in front of a million people as Roma fans celebrated winning Serie A with a party and concert in the city’s Circo Massimo. She promised she would have done it in case of Scudetto and she kept her word. 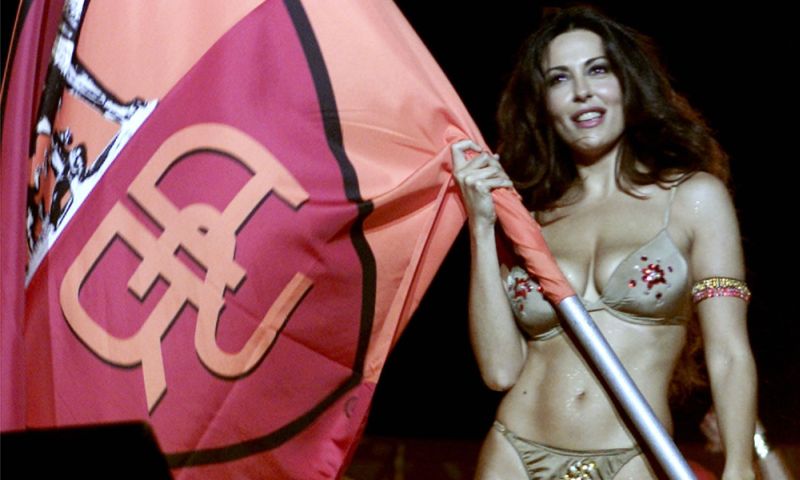 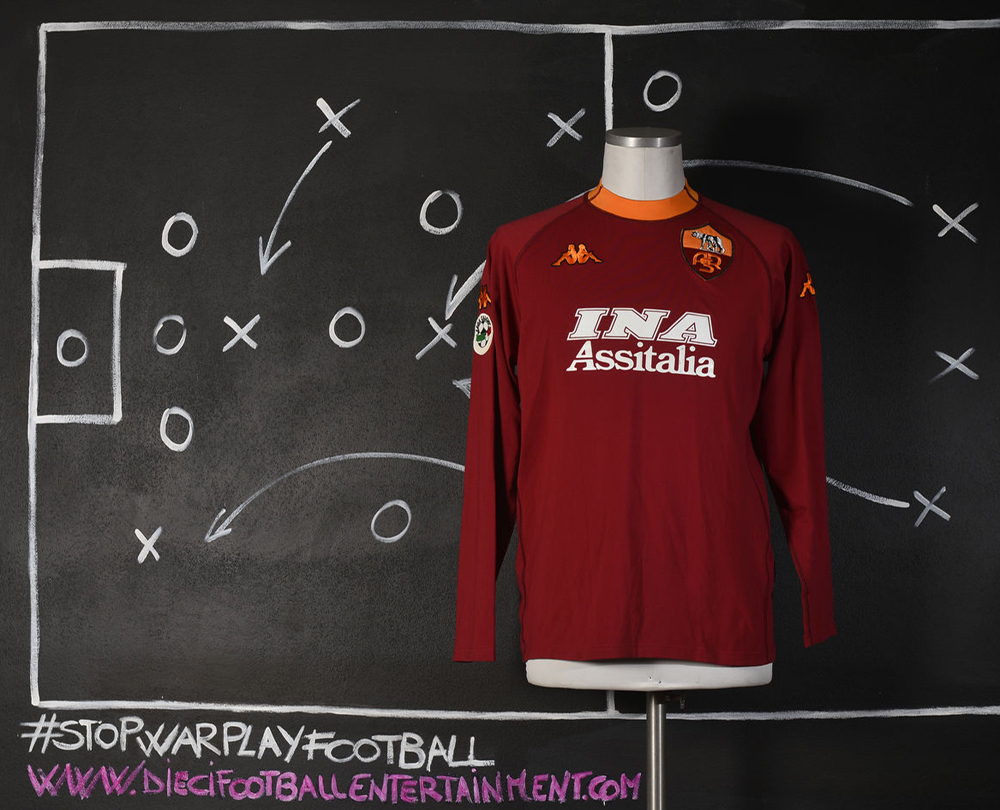 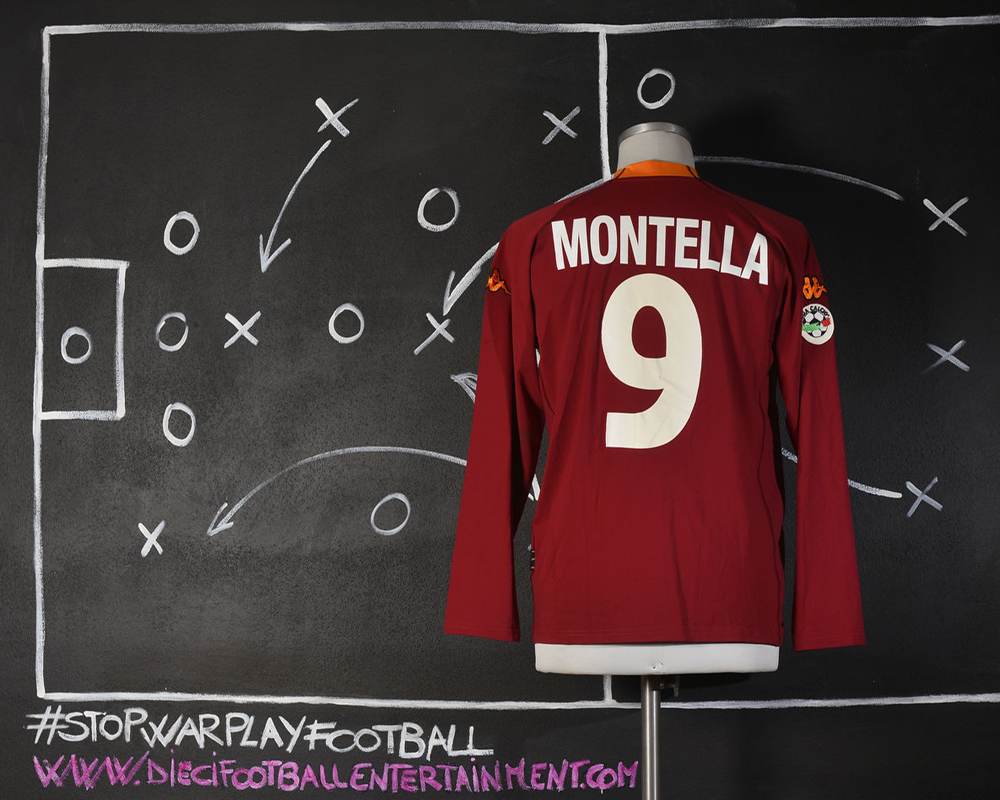 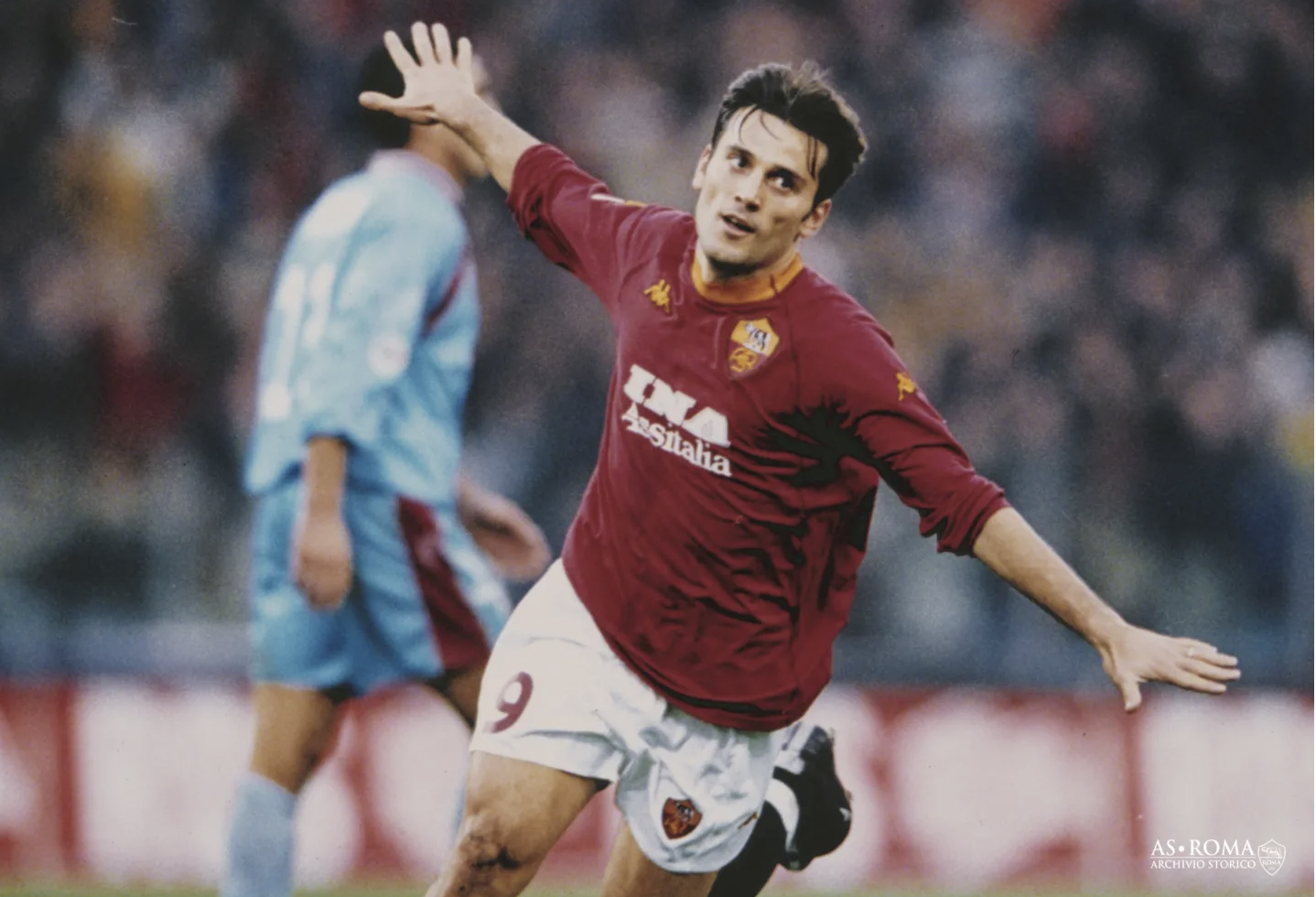 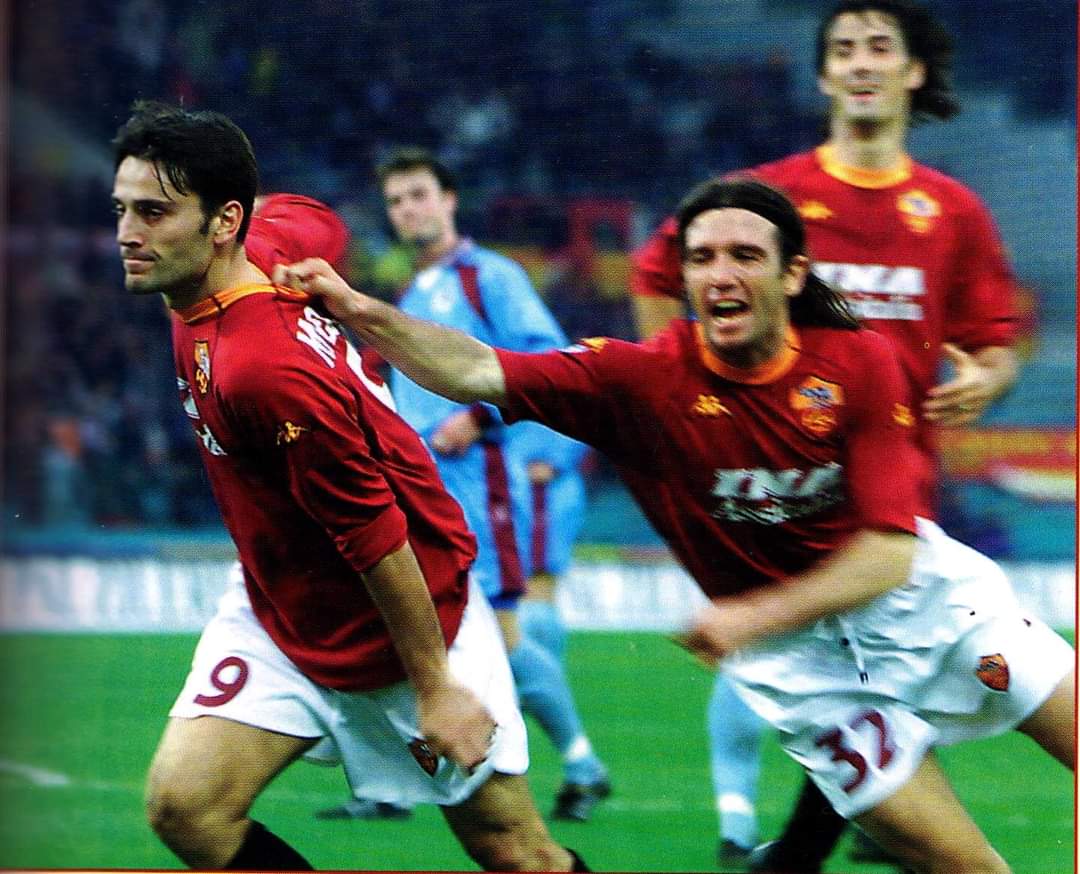 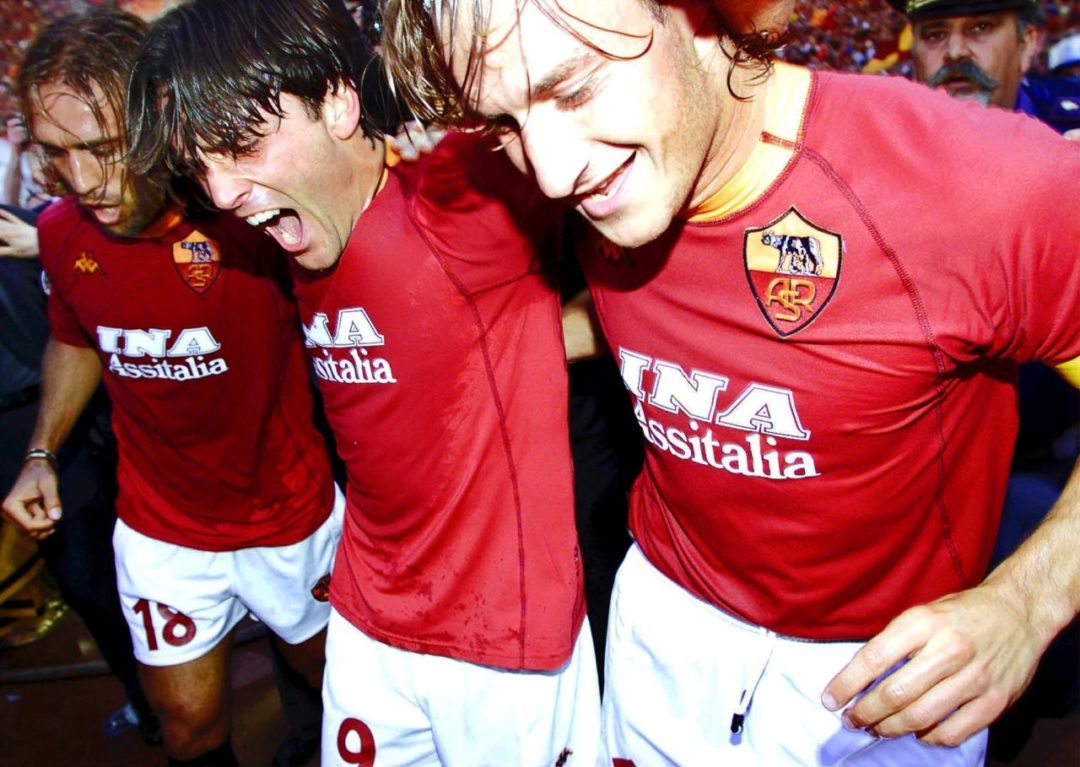 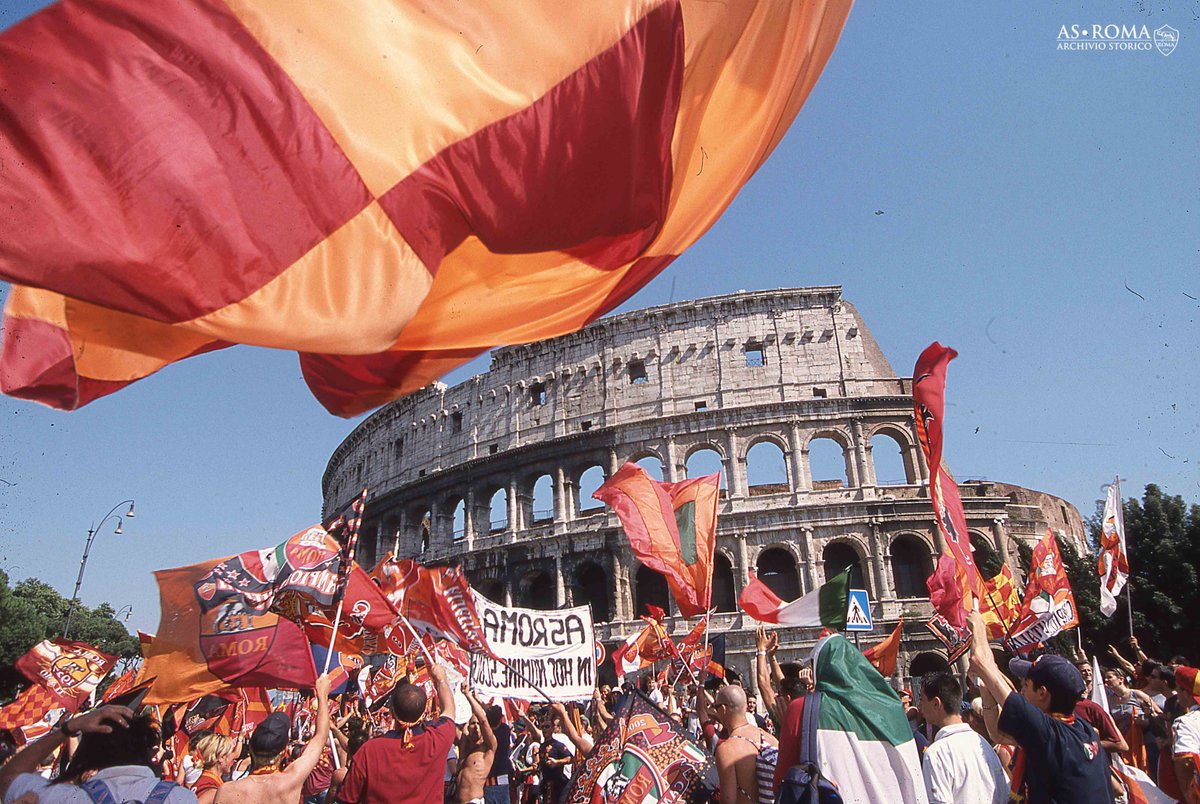 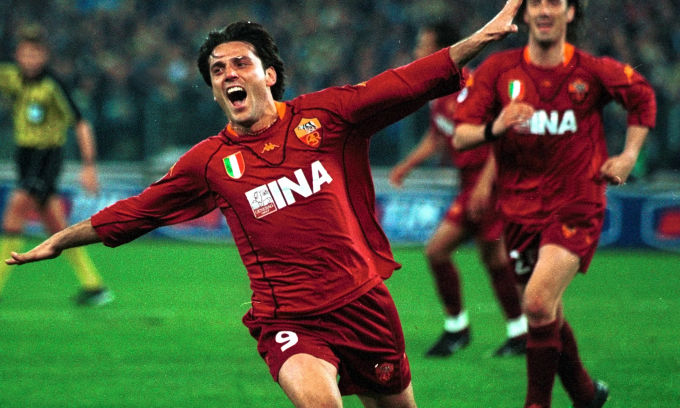 Nicknamed “L’Aeroplanino” (“The Little Airplane”), due to his small stature and trademark goal celebration, in which he spread his arms like wings, Montella was known as a quick, hard-working, intelligent, and opportunistic left-footed striker, who was gifted with pace, good technique and a keen eye for goal; he has also been described as a “fine all round player, with excellent passing and dribbling skills.” Although he was primarily played as a centre-forward, a position in which he earned a reputation as a prolific “goal-poacher”, his wide range of skills made him a versatile forward, who also capable of playing in a more creative role as a second striker. However, despite his ability and goalscoring record as a footballer, at times he was criticised by his Roma manager Fabio Capello for being a “selfish” player.

Grosso Grosso2022-08-25T14:00:08+00:00
Page load link
This site uses cookie technology, including third parties' ones. If you want to know more click here. If you access any element of this site outside this banner, you consent to the use of cookies. Ok
Go to Top