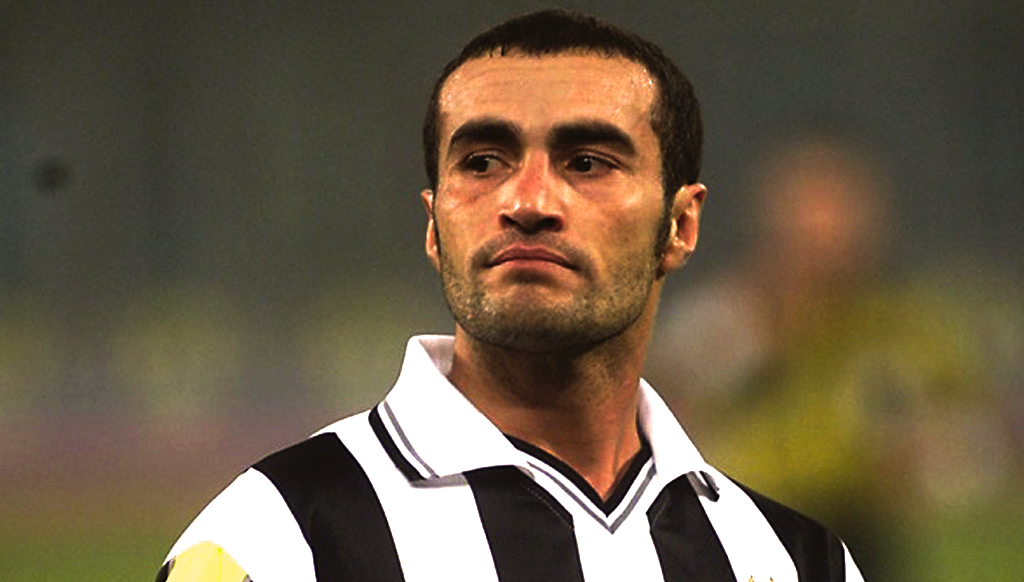 Rónald Paolo Montero Iglesias is a former player from Uruguay, who played as a central defender or left back. Montero began his career in Uruguay with Peñarol in 1990, before moving to Italian side Atalanta in 1992. He joined Juventus in 1996, where he remained until 2005, winning four Serie A titles, among other trophies; he subsequently moved to Argentine club San Lorenzo. In 2006, he transferred back to Peñarol, where he retired in 2007. At international level, he represented the Uruguay national football team at the 1997 FIFA Confederations Cup, at the 2002 FIFA World Cup, and at the 2004 Copa América. Montero has been described as “skilful on the ball and calm under pressure”, and a “wonderfully talented and intelligent footballer”. His international reputation is one of a man who was “fearsome, immovable and essential, in a back line that conquered Italy and Europe”. A versatile defender, he was capable of playing in the centre or on the left, and was known for his strength, consistency, leadership and organisational skills. Montero also stood out during his career due to his aerial ability, timing, technical ability, and distribution. A combative, tenacious, complete, and talented defender, he was also frequently criticised for his aggression and hard tackling throughout his career, as well as his knack for picking up unnecessary bookings. He holds the record for the most red cards received by a player in Serie A history, being sent off 16 times, and was sent off a total of 21 times throughout his career. In 2007, The Times placed him at number 39 in their list of the 50 hardest footballers in history. 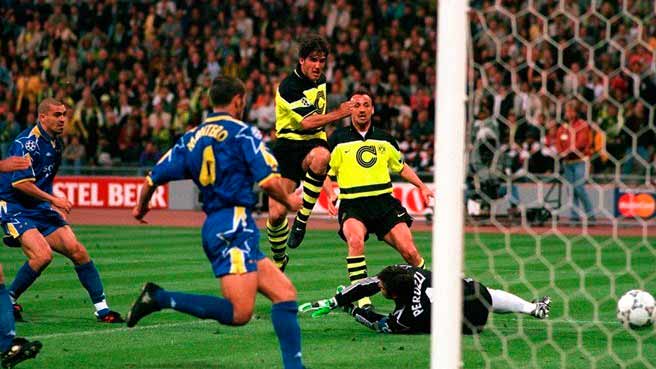 The 1997 UEFA Champions League Final was a football match played at the Olympiastadion in Munich on 28 May 1997 to determine the winner of the 1996–97 UEFA Champions League. The match was contested by Borussia Dortmund of Germany and Juventus of Italy. Borussia Dortmund won 3–1 with goals from Karl-Heinz Riedle and Lars Ricken; Juventus’ goal was scored by Alessandro Del Piero. 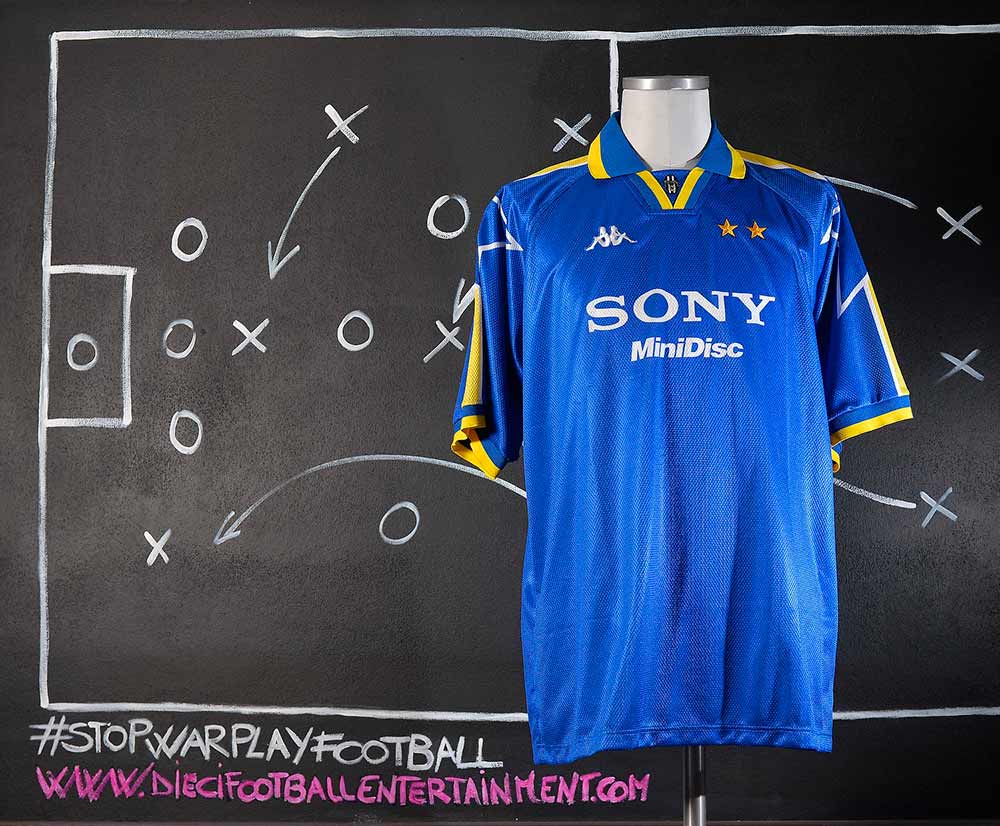 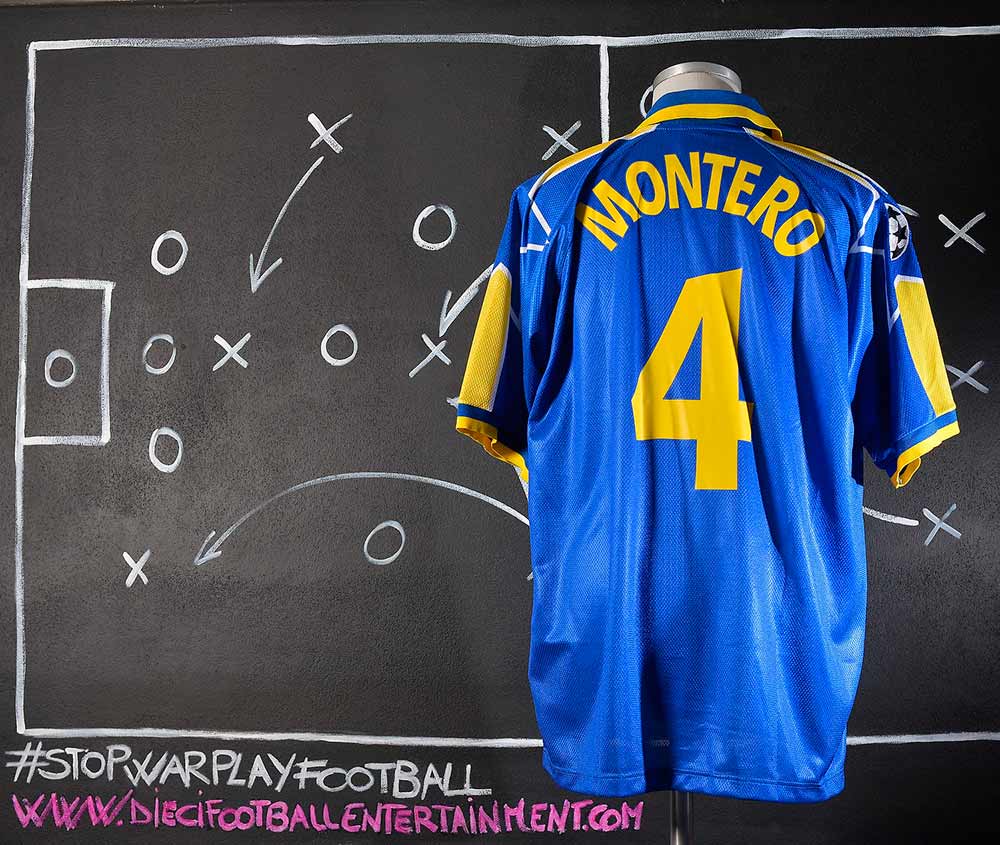 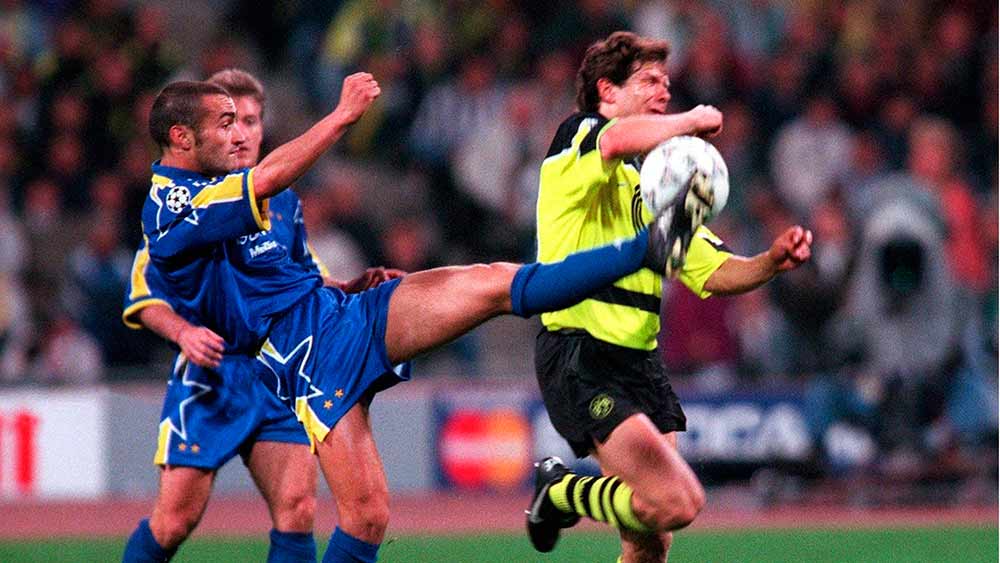 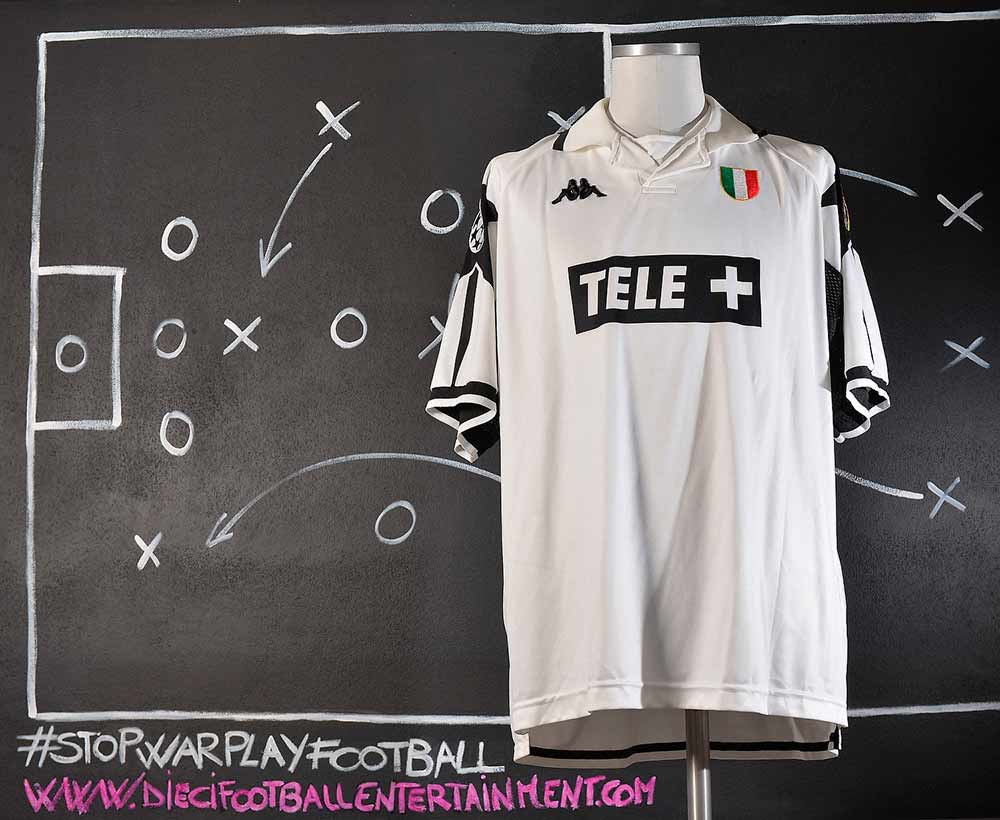 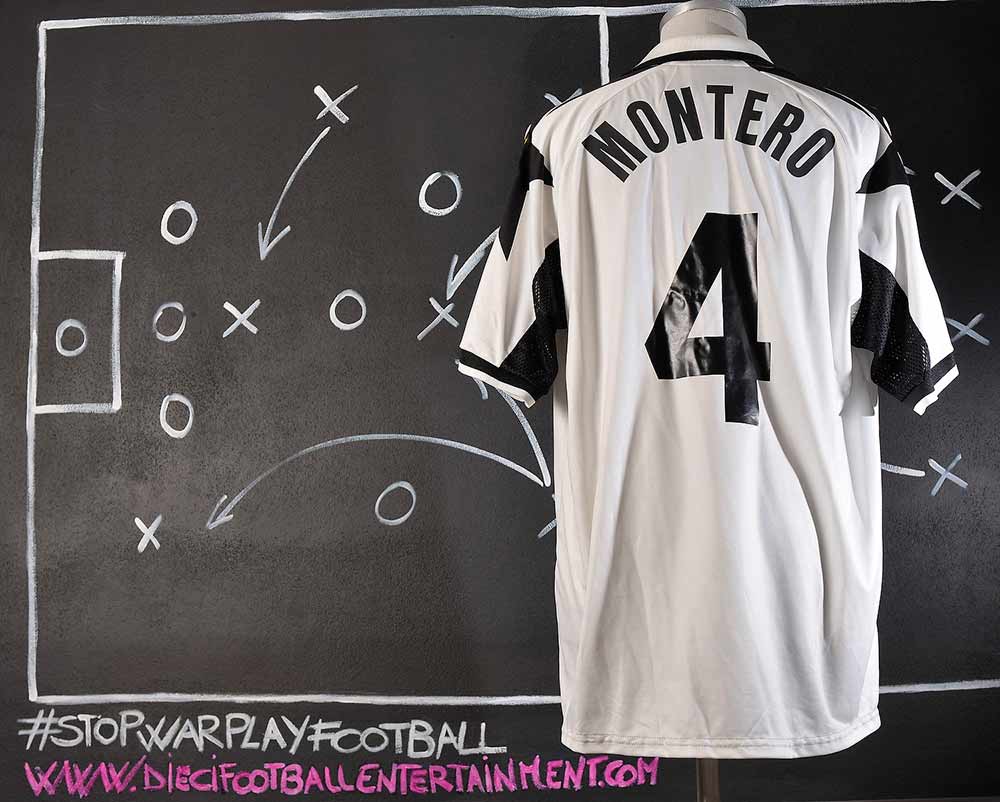 Following the big switch to Turin in 1996, Montero made over 30 appearances in his first season with Juventus in all competitions. It was here, even after an impressive first season, that he achieved great success, winning four scudetti with the club, along with other honours;[4] Montero also won three Italian Supercups, and reached three Champions League finals and two Coppa Italia finals with the club during this period. Montero was believed to have been the best friend of Zinedine Zidane during the pair’s time together at Juventus, which ended when Zidane was sold to Real Madrid in 2001.[3] Juventus were extremely dominant both domestically and internationally during this period, and had what was considered to be the best defense in the world at the time, and teams strongly regretted ever going down a goal to the club, as they knew how hard it would be to score one back for themselves. Montero played at both center back and left back during this period, forming impressive defensive partnerships with the likes of Ciro Ferrara, Mark Iuliano, Gianluca Pessotto, Lilian Thuram, Alessandro Birindelli, Igor Tudor, Gianluca Zambrotta, Nicola Legrottaglie, and Fabio Cannavaro during his 10-year tenure with the club. After the 2004–05 Serie A triumph, Montero and teammate Ferrara called it quits on their Juventus careers. The Uruguayan opted to return to South America, while Ferrara retired. Montero made over 200 appearances for i bianconeri, scoring one league goal. In the 2003 UEFA Champions League Final, Montero was one of the three Juventus players to have their penalty saved by A.C. Milan keeper Dida in the shootout defeat. 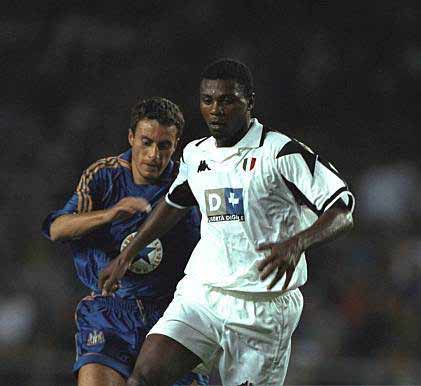 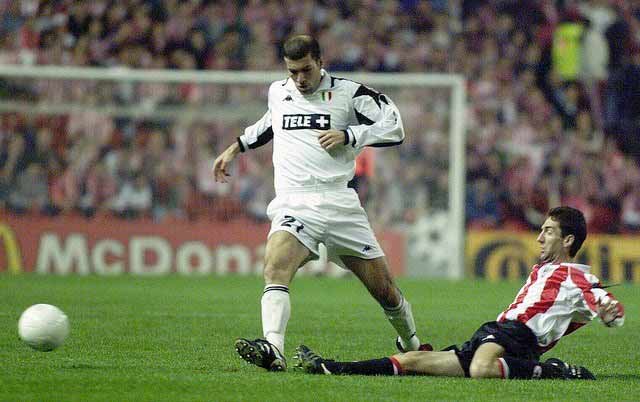 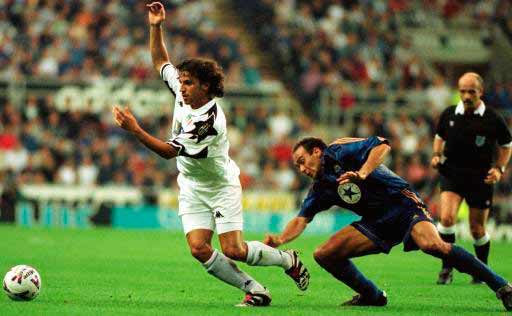 Grosso Grosso2021-02-24T08:30:50+00:00
Page load link
This site uses cookie technology, including third parties' ones. If you want to know more click here. If you access any element of this site outside this banner, you consent to the use of cookies. Ok
Go to Top