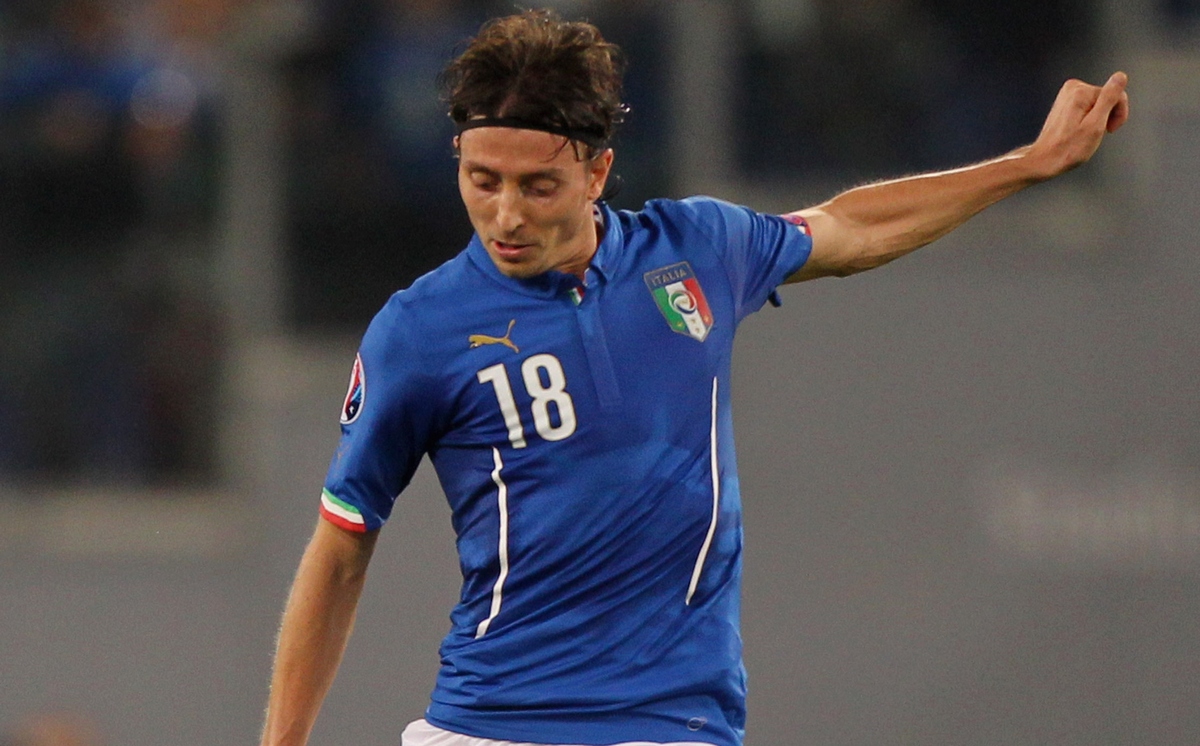 Riccardo Montolivo is an Italian former professional footballer who played as a midfielder. He also appeared for the Italy national team. A versatile and creative player, Montolivo began his career with Atalanta in 2003 before joining Fiorentina in 2005. He went on to make more than 250 appearances for the club in seven years. In 2012, he signed for Milan on a free transfer and, following the departure of Massimo Ambrosini, served as the team’s captain from 2013 until 2017, winning the 2016 Supercoppa Italiana. He left the club in the summer of 2019, before retiring later that year. Montolivo made his debut for the Italian national team in 2007 against South Africa, Since then, he represented the country in two FIFA Confederations Cups (2009 and 2013, winning a bronze medal in the latter edition of the tournament), as well as in the 2010 FIFA World Cup and UEFA Euro 2012, the latter where he played as a starter in the final. He also participated in the 2008 Summer Olympics. In total, he obtained 66 senior caps for Italy between 2007 and 2017, scoring 2 goals. 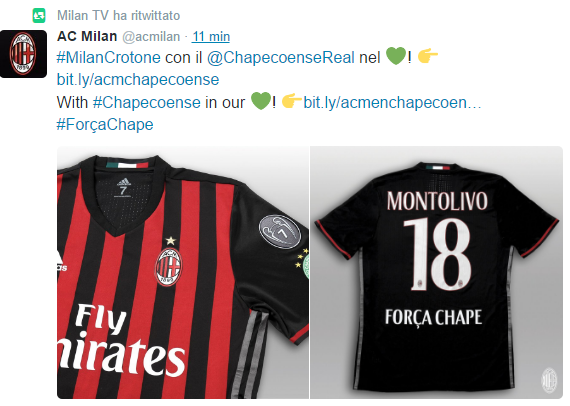 This shirt was prepared for Riccardo Montolivo for the Serie A game between A.C.Milan and Crotone which took place in Milan, “Giuseppe Meazza” Stadium, on December 4th 2016. Milan defeated Crotone 2-1. Montolivo didn’t play the game and he wasn’t even a substitute for the match but the shirt was prepared for him as you can see above from official team Twitter’s account. The game against Crotone was the first game that Milan played after the Brazilian team Chapecoense’s tragedy when its flight on its way to Medellin (Colombia) crashed on the floor on November 26th 2016. The aircraft was transporting the team and their entourage from Santa Cruz de la Sierra, Bolivia, to Medellín, where the team was scheduled to play at the 2016 Copa Sudamericana Finals. One of the four crew members, three of the players, and two other passengers survived with injuries. The official report from Colombia’s civil aviation agency, Aerocivil, found the causes of the crash to be fuel exhaustion, due to an inappropriate flight plan by the airline, pilot error regarding poor decision making as the situation worsened, including a failure to declare an emergency after fuel levels became critically low, thus failing to inform air traffic control at Medellin that a priority landing was required. So during the game against Crotone, A.C.Milan wore a special shirt with “FORĆA CHAPE” printed under the player’s numbers and an extra Chapecoense’s badge on sleeve. All the shirts used by A.C.Milan’s players went then to the Chapecoense’s team. 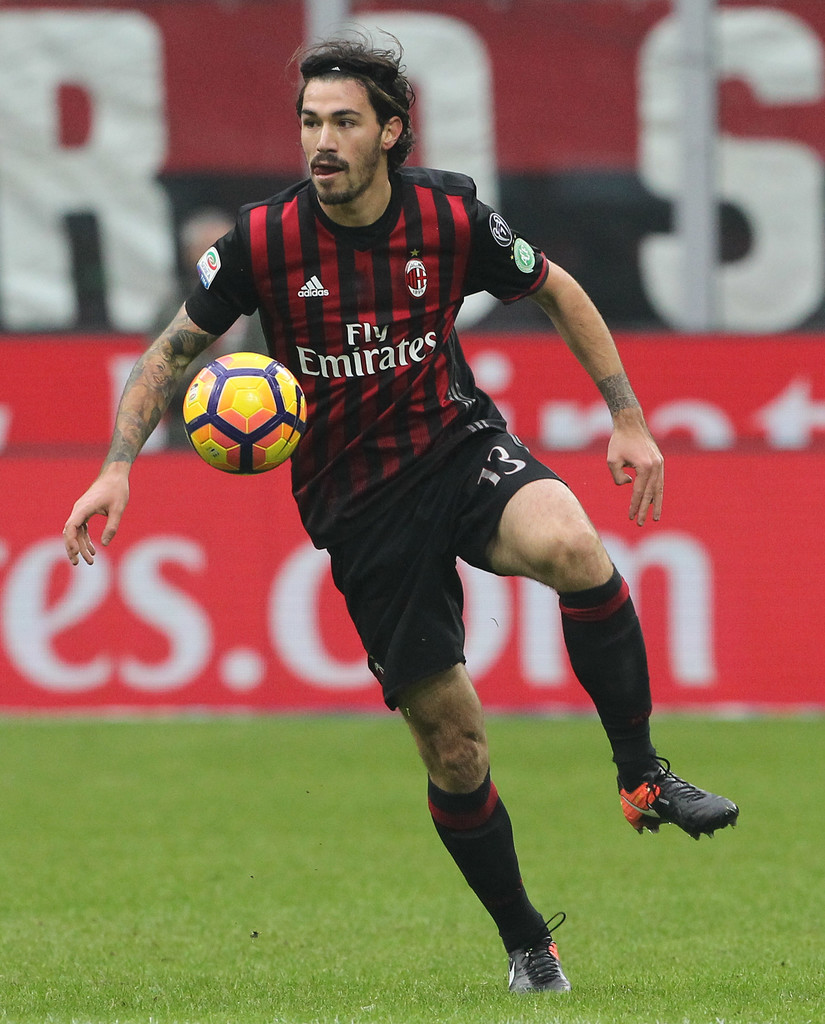 In May 2012, Milan head coach Massimiliano Allegri announced Montolivo would join the club on a free transfer when his contract with Fiorentina expired on 30 June. Montolivo then signed a four-year contract with the club. “Next season, Montolivo will arrive and he is a very talented player with great technique,” said Allegri to Milan Channel. He chose to wear the number 18 jersey which he had worn before and which was last worn by Alberto Aquilani in Milan. In the Milan derby though he was highly praised for his performance, the referee disallowed a stunning 30-yard volley by Montolivo due to a challenge committed by Urby Emanuelson. On 30 October, Montolivo scored his first goal for Milan, coming in the 69th minute after Milan were down 2–0 to Palermo. Milan eventually drew the match 2–2, salvaging a point. On 25 November, in a 1–0 win against Juventus, Montolivo played his first match as Milan’s captain as Daniele Bonera and Massimo Ambrosini were suspended while Christian Abbiati was out injured. He ended the first season at the club by becoming one of the two (the other being Stephan El Shaarawy) most-used players of the season. On 11 June 2013, Milan vice-president Adriano Galliani stated Montolivo would be the next captain for Milan after previously announcing that current club captain Massimo Ambrosini would not be extending his contract with the Rossoneri. After earning the captaincy, Montolivo opened his account by scoring against Catania. He then scored in a 4–3 defeat to Sassulo. On 13 April 2014, he scored an astonishing long-range strike in the 23rd minute against Catania, which extended Milan’s winning streak to four matches. After breaking his leg in a pre-2014 World Cup friendly match against the Republic of Ireland on 31 May, Montolivo was ruled out for six months. On 30 November, he made his return in a 2–0 home win over Udinese, coming on as a substitute in the 88th minute. Following the Chinese takeover of the club, in the summer of 2017, Montolivo was stripped of his captaincy against his wishes in favor of Leonardo Bonucci, who had just been signed at the time. Complying with the club management board’s decision, Montolivo still made 26 appearances in all competitions during the 2017–18 season, including the one in the Coppa Italia final on 9 May 2018, which subsequently became his last as a professional. Ahead of the 2018–19 season, head coach Gennaro Gattuso excluded Montolivo from the senior squad for “technical reasons”. However, following a long-term injury to Lucas Biglia, Montolivo returned to the squad in November. Nonetheless, despite making 22 appearances on the team’s substitutions bench, he was never fielded in what would become his final season as a player. He left the club upon the expiration of his contract on 30 June 2019. On 13 November 2019, Montolivo announced his retirement from football. 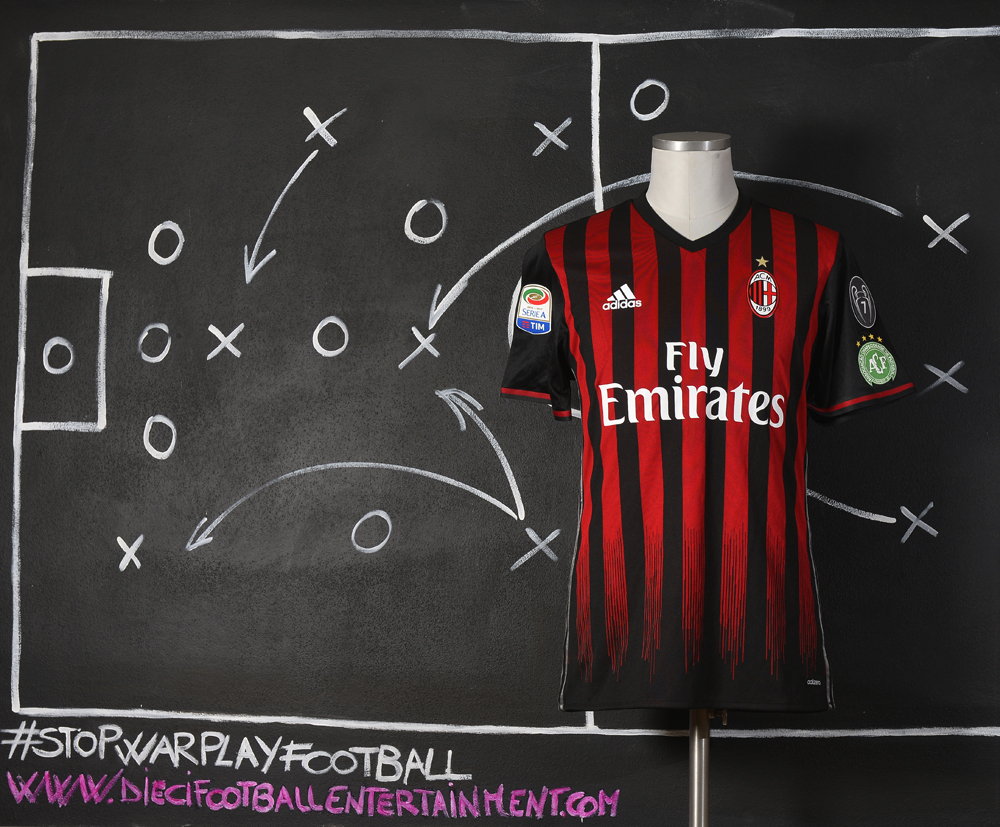 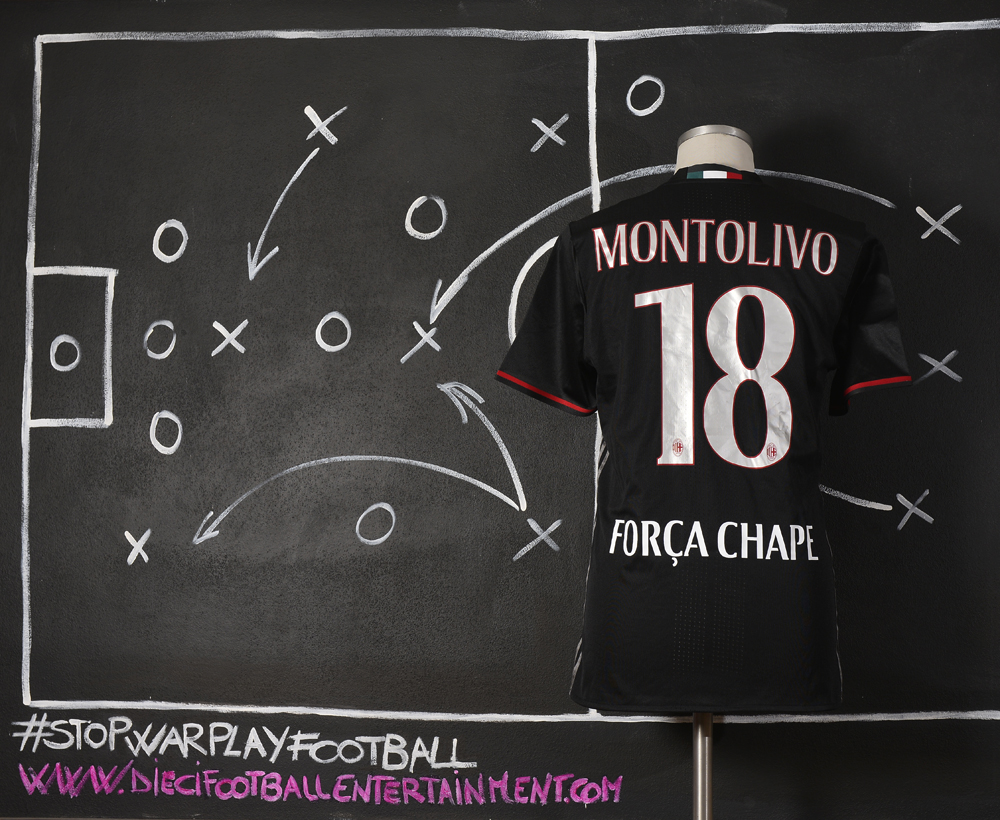 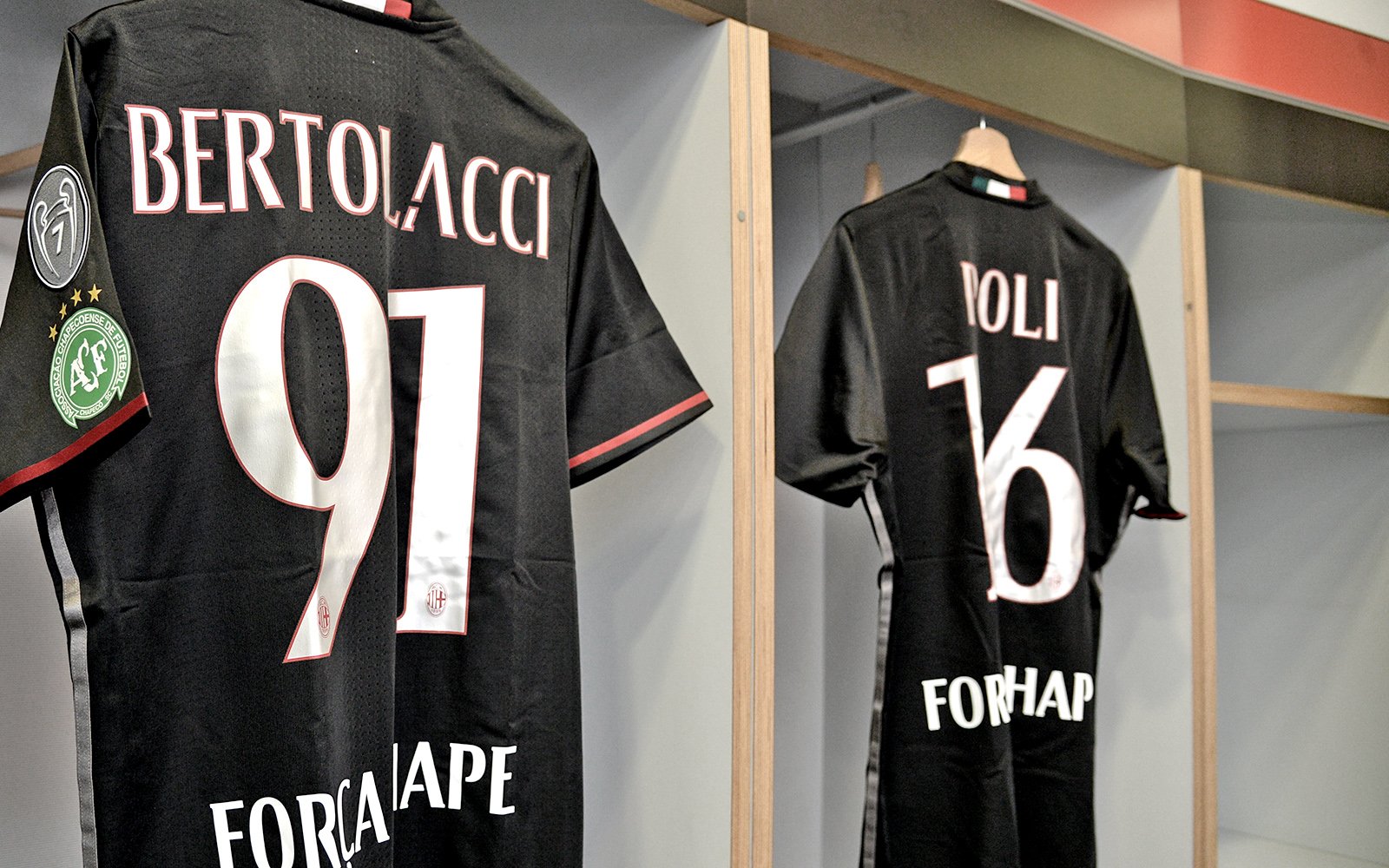 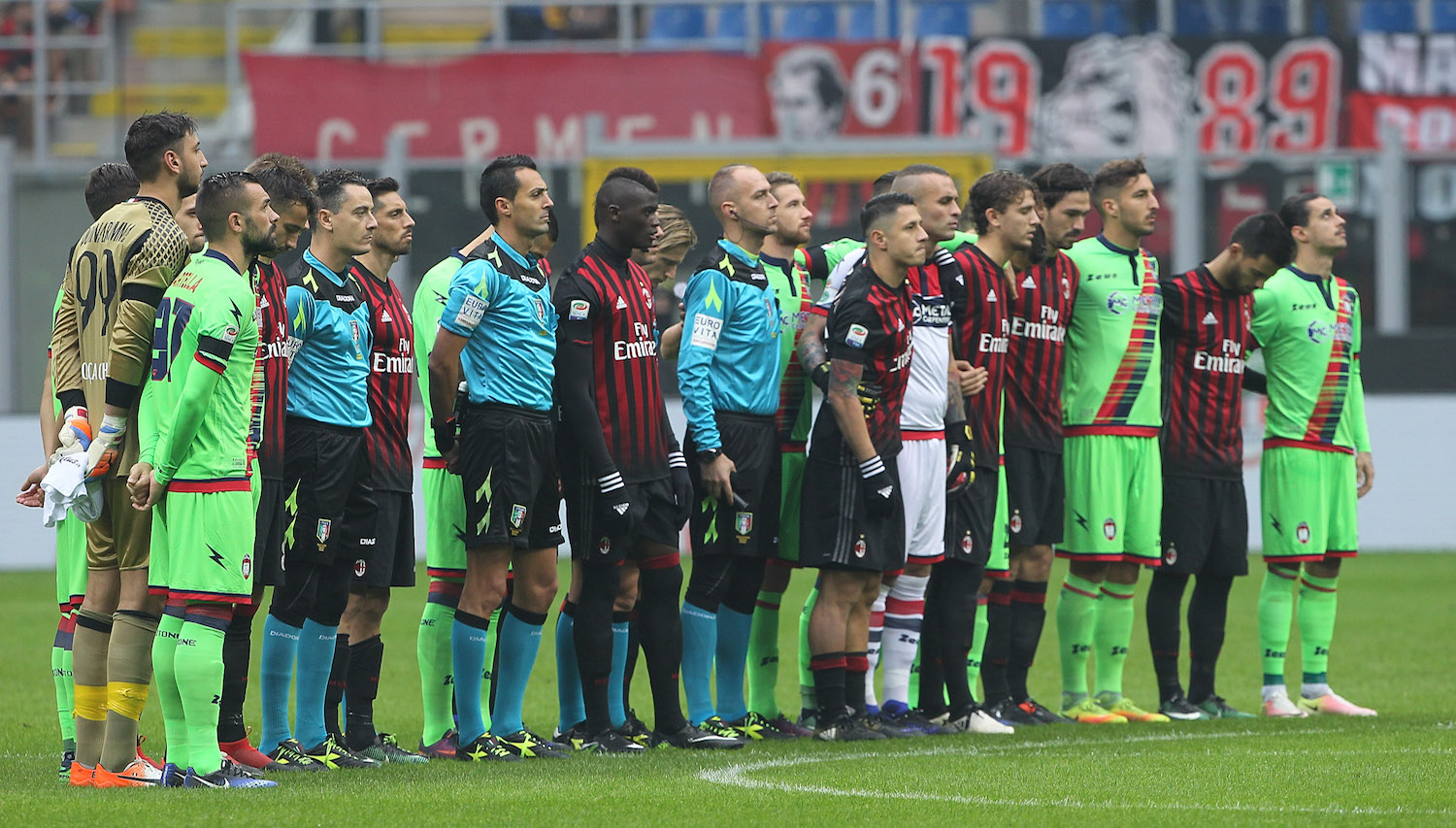 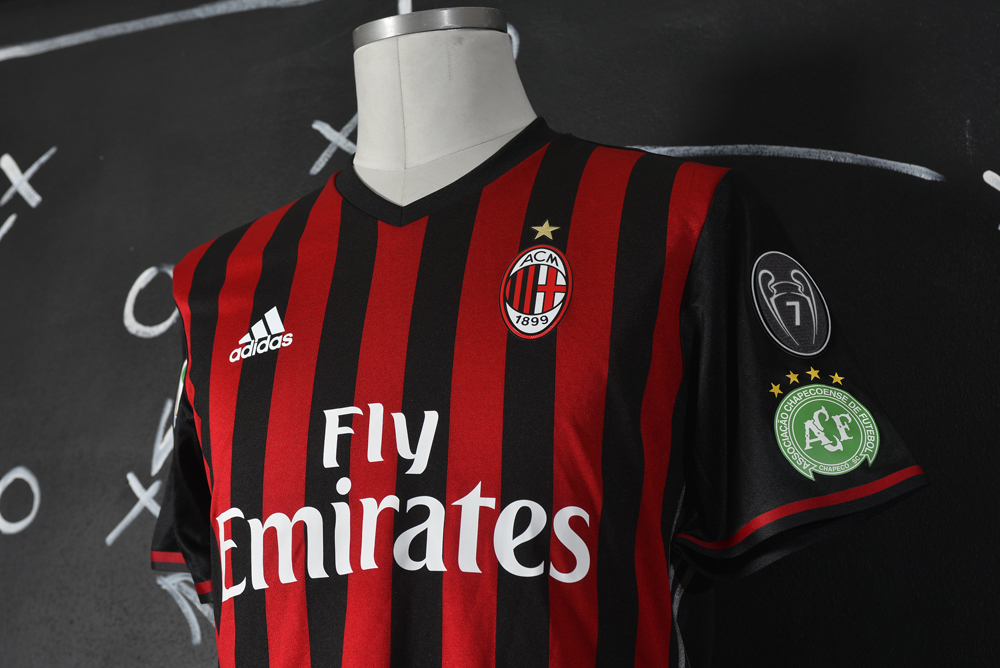 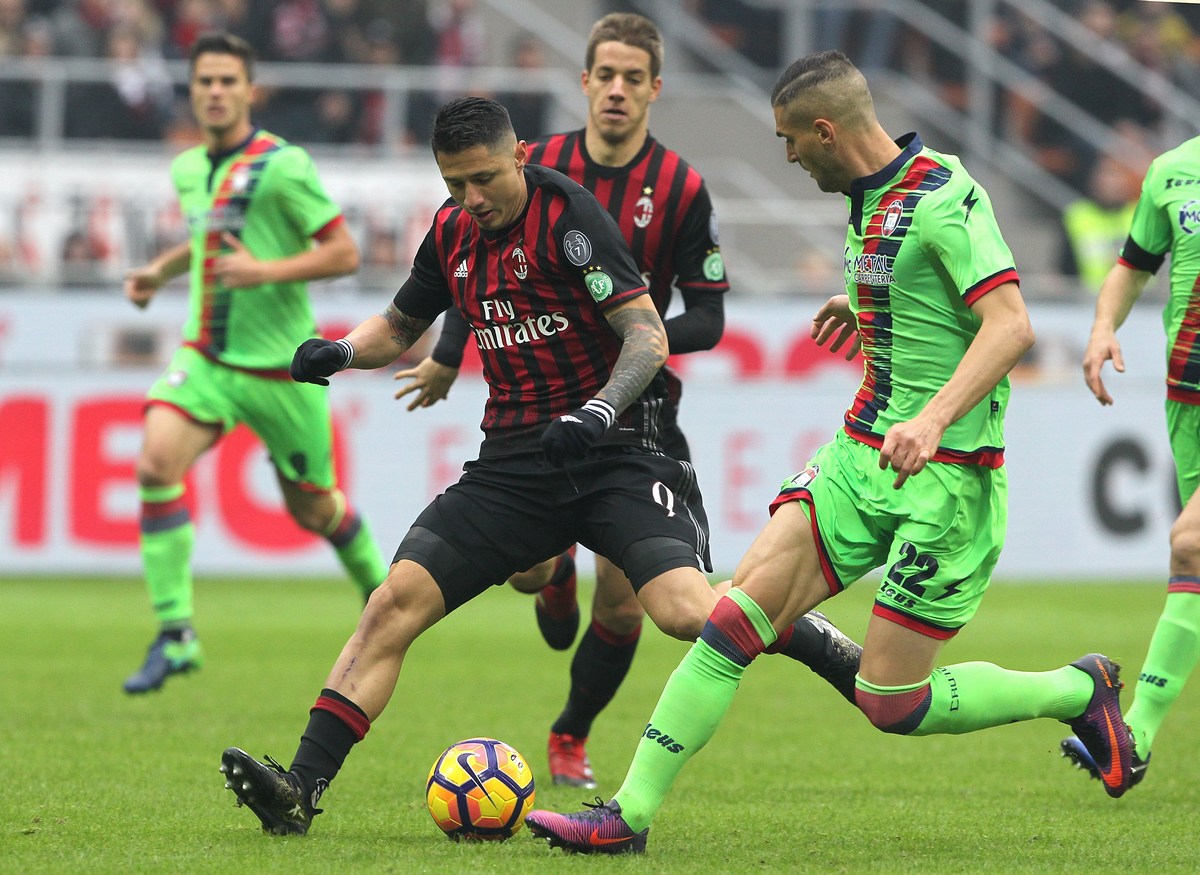 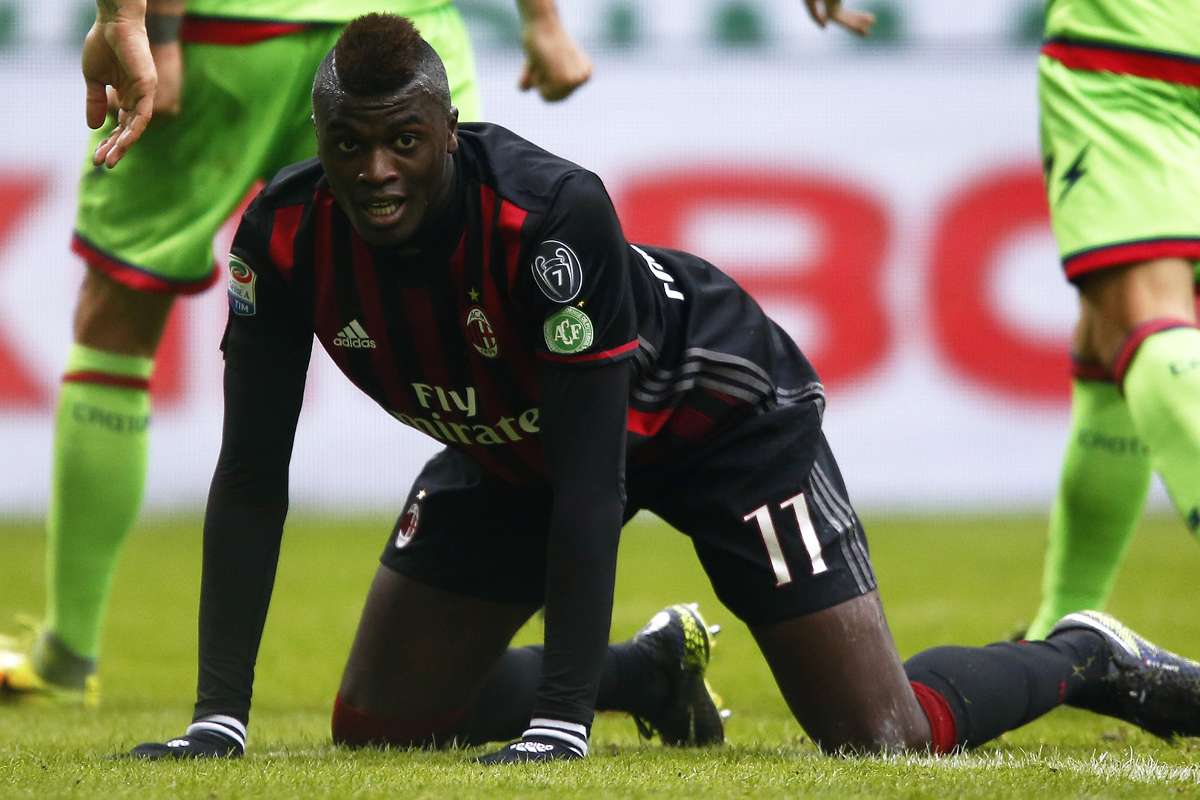 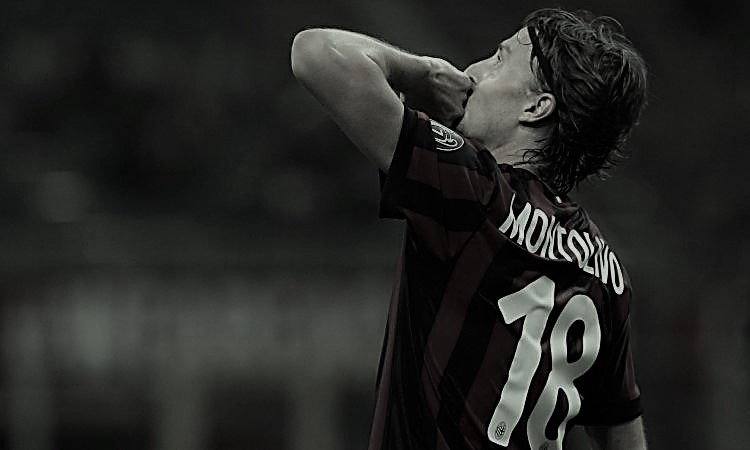 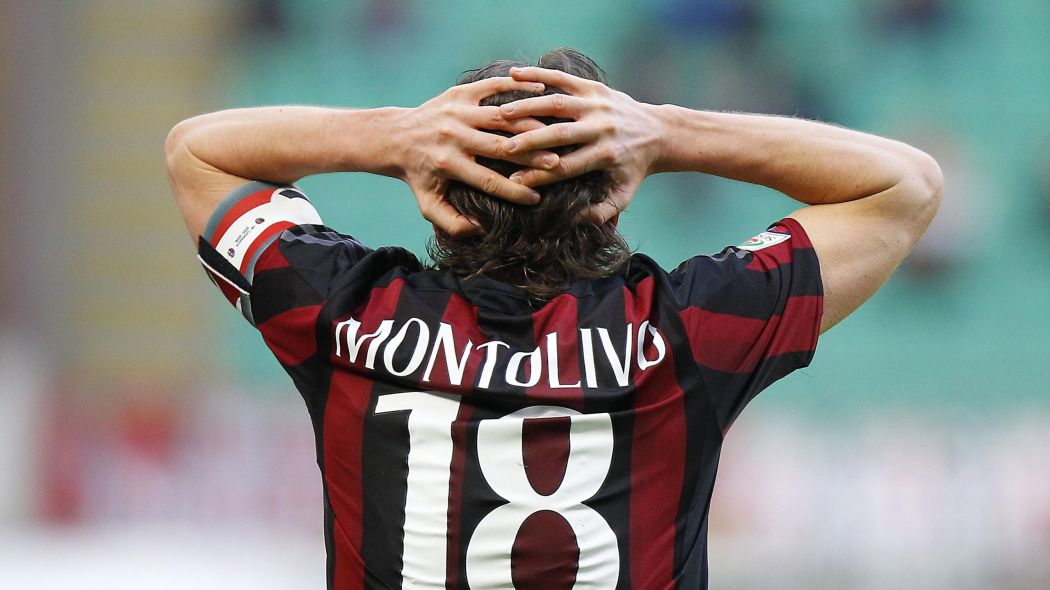 Montolivo has been described as a versatile player capable of playing anywhere in the midfield, especially on center positions. Originally a sweeper, he was moved higher up the pitch in his early teenage years. His main and favoured role is in the centre as a deep-lying playmaker, which best utilises his technical ability, creativity, vision, and range of passing, although he is also capable of playing as an attacking midfielder, even though this is not his preferred position. He also possesses an accurate and powerful shot from outside the penalty area. With the Italy national team, under Cesare Prandelli, Montolivo also played in a new role as false attacking midfielder in a 4–3–1–2 formation, in particular at Euro 2012; he has also been fielded in the “mezzala” role. In recent years, he has also been praised for his work-rate, physical qualities and for his defensive attributes, including his ability to read the game, intercept loose balls, break down possession and subsequently start attacking plays, which led manager Siniša Mihajlović to deploy him in a holding role as a ball-winner. However, Montolivo has also drawn criticism at times for his lack of pace, and has been accused of being inconsistent, and of lacking leadership qualities, despite having served as Milan’s captain. He has also struggled with injuries throughout his career. Montolivo was born to a German mother and an Italian father in Milan, soon before his family moved to Caravaggio, where he spent most of his childhood. He has an older brother Luca who is a lawyer. In addition to holding an Italian passport, Montolivo also holds a German passport – his mother, Antje, was born in Kiel and later moved to Ascheberg and his maternal grandparents are from Heidkate at the Kieler Förde on the Baltic Sea coast, where he spent all of his summers as a child. In addition to Italian, Montolivo also speaks fluent German. In his youth, he looked upon Francesco Totti, Zinedine Zidane and Frank Lampard as his idols. On 22 May 2014, Montolivo married the Florentine model and presenter Cristina De Pin, with whom he had been engaged since 2007. The couple has two children, Mariam, born on 12 May 2016, and Mathias, born 20 October 2018. 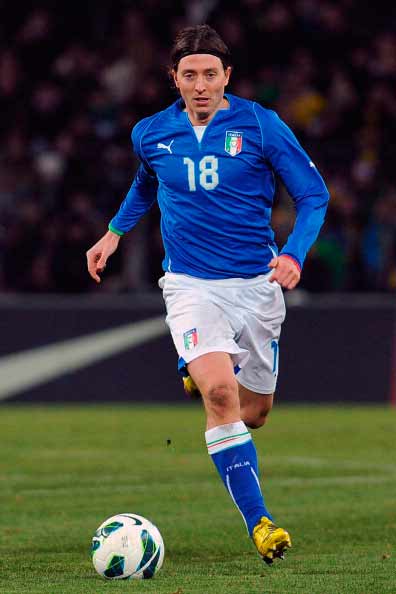 In October 2007, Montolivo was called by Roberto Donadoni to face Georgia in the UEFA Euro qualifiers. He did not play in that match but made his debut in a 2–1 win in a friendly against South Africa. In May 2008, Montolivo was included in Italy’s preliminary squad for UEFA Euro 2008 but he was omitted from the 23-man final squad. However, Donadoni said that Montolivo would be a key part of Italy’s midfield in the future. His second appearance came over a year after the first, against Bulgaria in the 2010 FIFA World Cup qualification. In June 2009, he was selected to play in the 2009 FIFA Confederations Cup. Italy were eliminated at the group stage. Montolivo started the match against Brazil but played the other two matches as a substitute. In 2010, Montolivo was named in Marcello Lippi’s squad for the 2010 FIFA World Cup. Due to the injury sustained by Andrea Pirlo, he started Italy’s first two group matches against Paraguay and New Zealand. In the third match, Montolivo was again in the starting line-up but was replaced by Pirlo in the 56th minute, as the Azzurri lost 3–2 to Slovakia and were eliminated. Montolivo scored his first senior international goal in a 2–1 friendly win against Spain in Bari. Montolivo made four appearances at the UEFA Euro 2012, playing as a false attacking midfielder in Prandelli’s 4–3–1–2 formation, as Italy progressed to the final, where they lost 4–0 to Spain. In the semi-final match against Germany, he assisted Mario Balotelli’s second goal of the match with a long ball, as the Italians advanced to the final after a 2–1 win. Montolivo was named in Italy’s 30-man preliminary squad for the 2014 FIFA World Cup under Cesare Prandelli, but was ruled out of the tournament after suffering a broken leg in a friendly match against the Republic of Ireland at Craven Cottage on 31 May. After initially being named to Antonio Conte’s 30-man provisional squad for UEFA Euro 2016, on 31 May 2016, Montolivo was omitted from the final 23-man squad due to injury. He returned to the national team under Conte’s successor, Giampiero Ventura, making a substitute appearance in a 3–1 friendly home defeat to France on 1 September. However, in Italy’s second 2018 World Cup Qualifying match on 6 October, a 1–1 home draw against Spain, he was forced off with yet another injury; it was later revealed that he suffered an anterior cruciate ligament injury to his left knee, which would rule him out for six months. 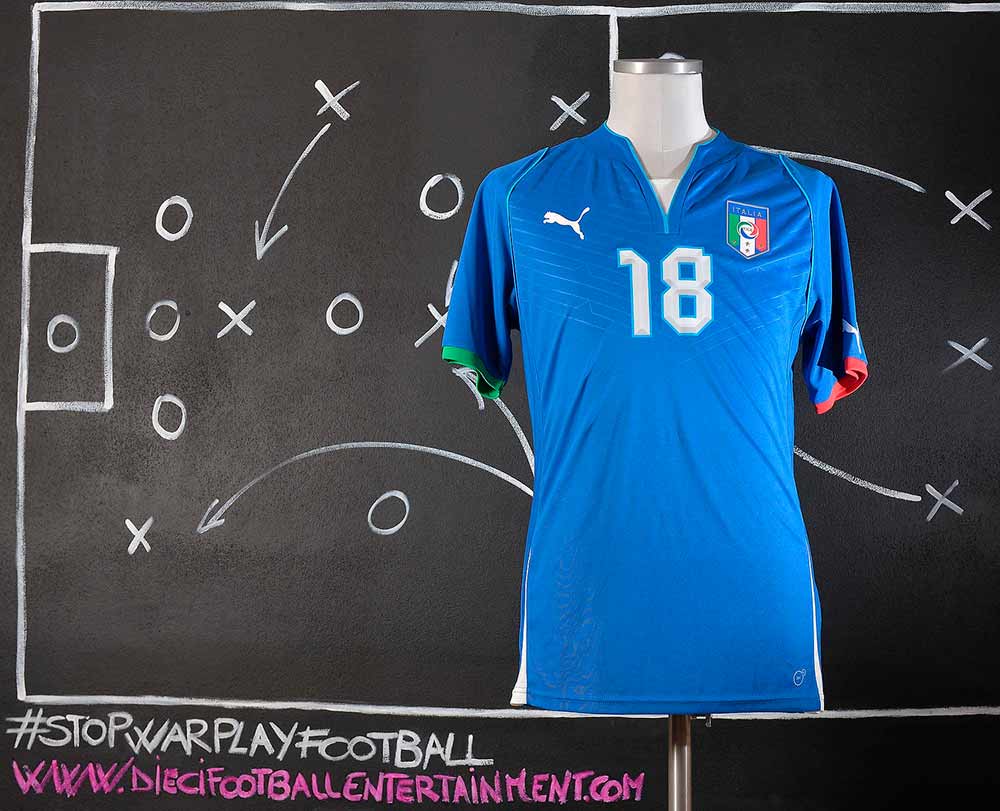 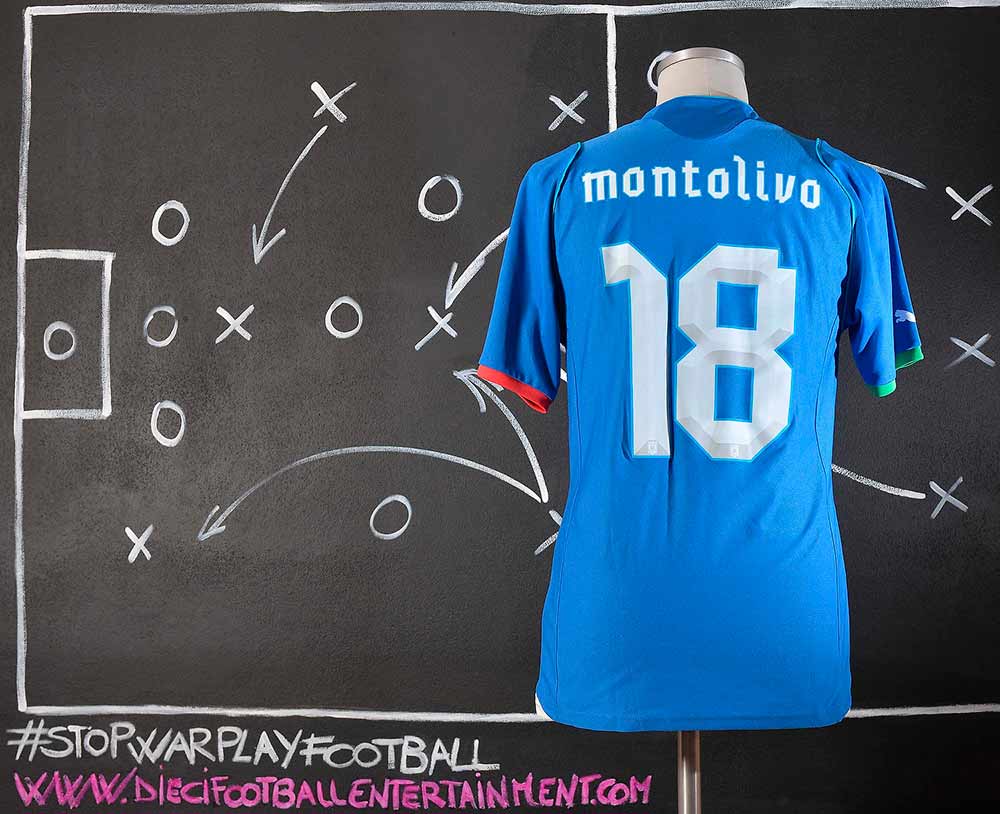 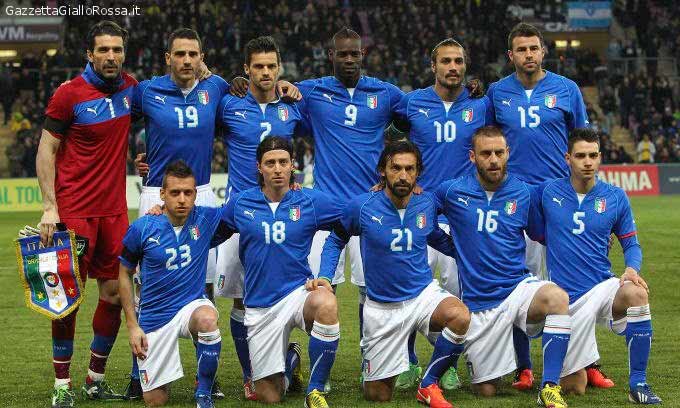 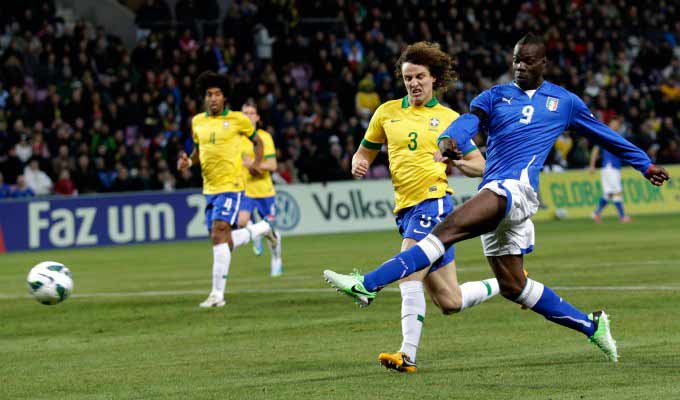 This style of shirt was made by Puma exclusively for the Fifa Confederation Cup 2013. It was only used once before that competition, during a friendly game against Brazil  that took place on March 21st 2013. Following the Confederation Cup it wasn’t used anymore. 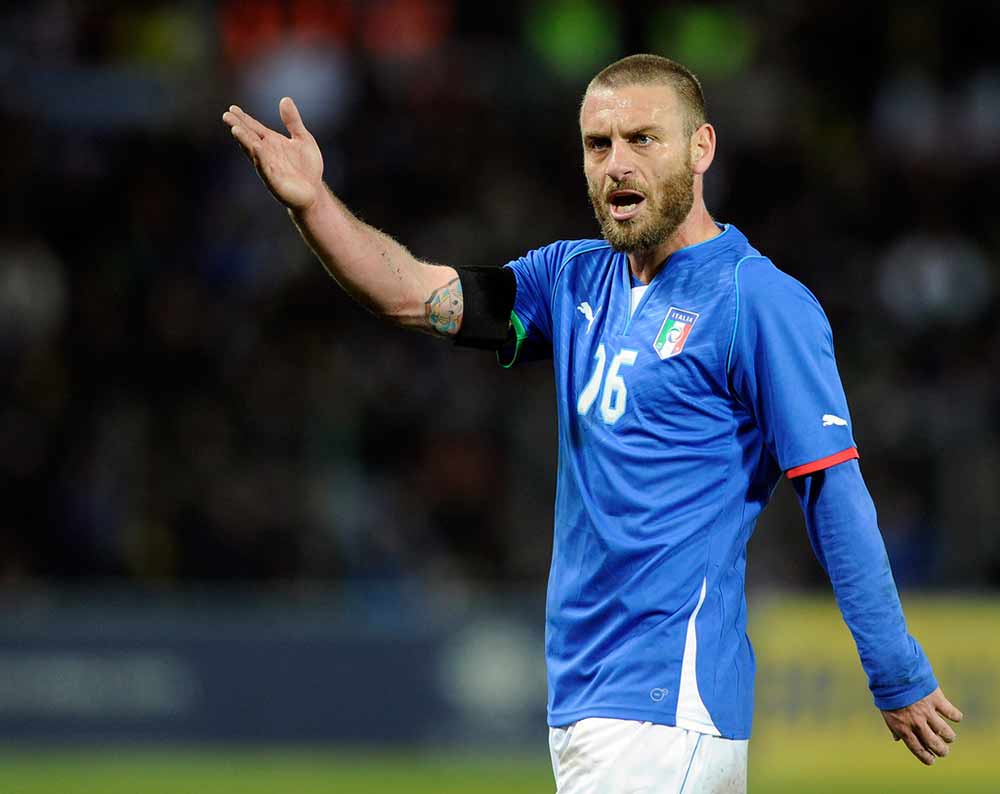 Grosso Grosso2020-09-20T13:50:14+00:00
Page load link
This site uses cookie technology, including third parties' ones. If you want to know more click here. If you access any element of this site outside this banner, you consent to the use of cookies. Ok
Go to Top