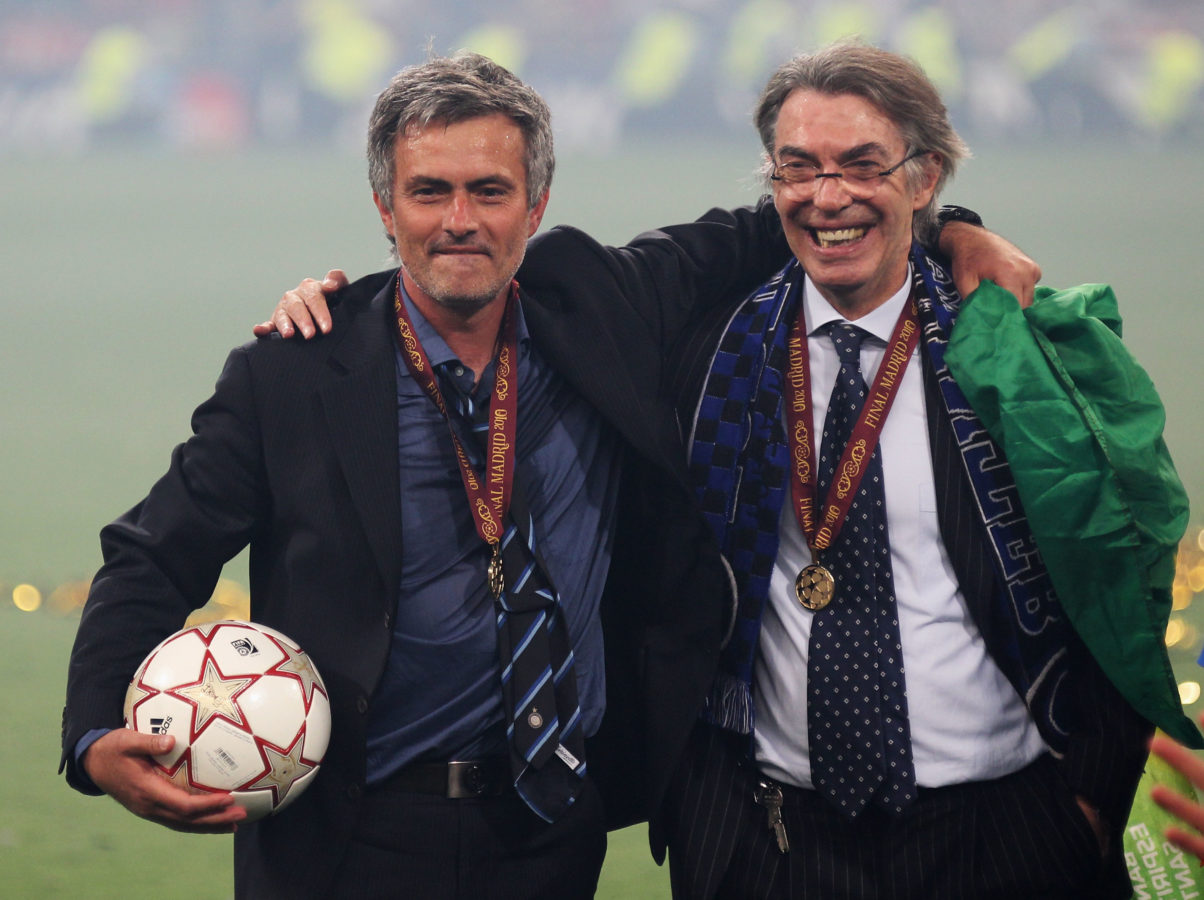 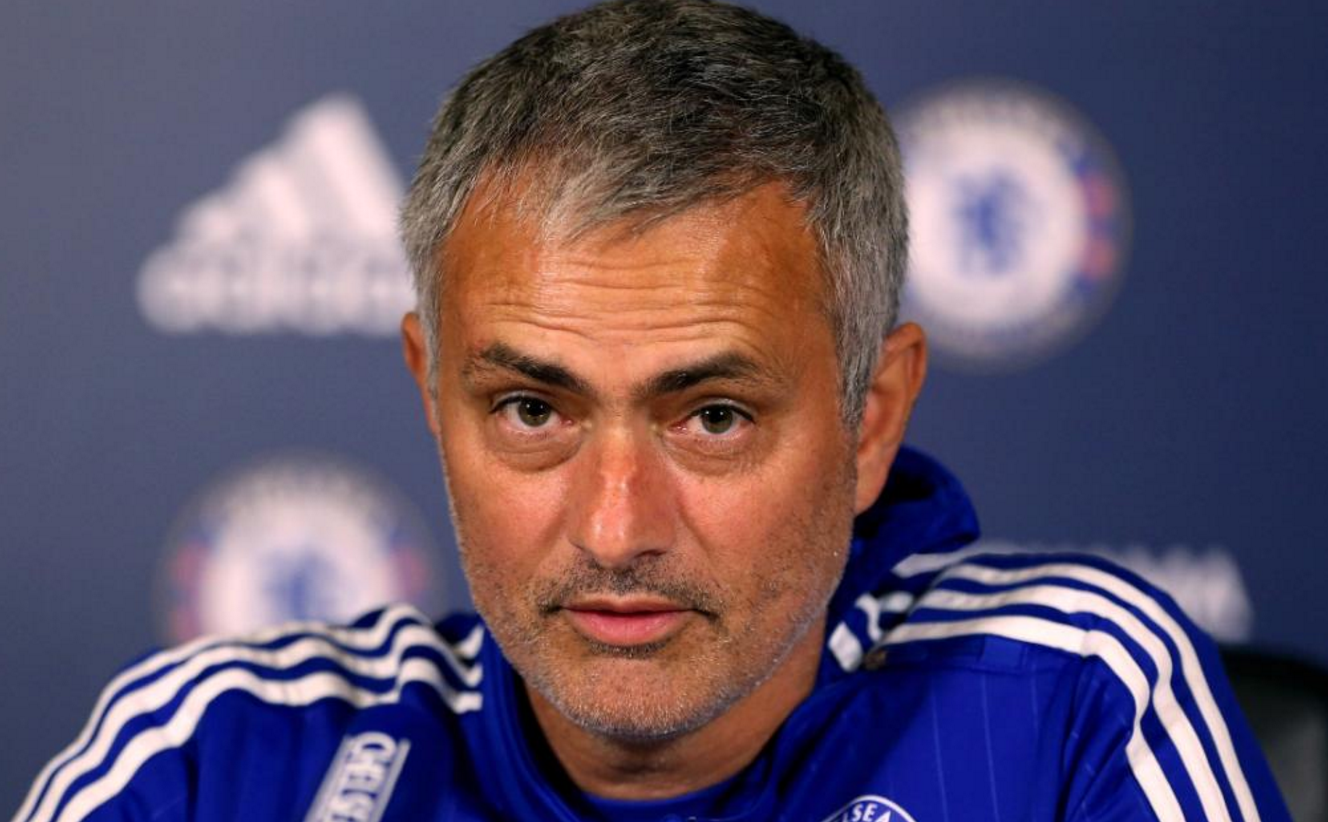 José Mário dos Santos Mourinho Félix is a Portuguese football manager and former football player. He is regarded by a number of players, coaches, and commentators as one of the greatest and most successful managers in the world. In 2015, Mourinho was named Portuguese Coach of the Century by the Portuguese Football Federation (FPF). In 2017, Mourinho was named among the 10 greatest coaches since the foundation of UEFA in 1954. Mourinho began his involvement in professional football as a player in the Portuguese Second Division. He studied sports science in Technical University of Lisbon and attended coaching courses in Britain. In Lisbon, he worked as a physical education teacher and had spells working as a youth team coach, a scout, and an assistant manager. In the early 1990s, he became an interpreter for Sir Bobby Robson at Sporting CP and Porto in Portugal, and Barcelona in Spain. He remained at the Catalonian club working with Robson’s successor, Louis van Gaal. Mourinho impressed with brief but successful managerial periods at Benfica and União de Leiria, taking the latter to their highest ever league finish. He returned to Porto in early 2002 as head coach, winning the Primeira Liga, Taça de Portugal, and UEFA Cup in 2003. In the next season, Mourinho guided the team to victory in the Supertaça Cândido de Oliveira, to the top of the league for a second time, and won the highest honour in European club football, the UEFA Champions League. Mourinho moved to Chelsea the following year and won the Premier League title with a record 95 points, the club’s first league title in 50 years, and the League Cup in his first season. In his second year, Chelsea retained the Premier League and in 2006–07 he took the club to an FA Cup and League Cup double. Mourinho left Chelsea in September 2007, amidst reports of a rift with club owner Roman Abramovich. In 2008, Mourinho moved to Serie A club Internazionale. Within three months he had won his first Italian honour, the Supercoppa Italiana, and completed the season by winning the Serie A title. In 2009–10, Inter became the first Italian club to win the treble of Serie A, Coppa Italia and the Champions League, also the first time Inter had won the latter competition since 1965. He is one of only five coaches to have won the European Cup with two different teams, along with Ernst Happel, Ottmar Hitzfeld, Jupp Heynckes and Carlo Ancelotti. He won the first ever FIFA World Coach of the Year Award in 2010. He then signed with Real Madrid in 2010, winning the Copa del Rey in his first season. The following year, he won the La Liga and became the fifth coach, after Tomislav Ivić, Ernst Happel, Giovanni Trapattoni and Eric Gerets, to have won league titles in at least four different countries: Portugal, England, Italy and Spain. After leaving Madrid in June 2013, Mourinho returned to England to manage Chelsea for a second spell, during which they won another league championship, but was sacked on 17 December 2015, after a poor run of results left Chelsea just outside the relegation zone. Following several months out of the game after losing his job at Chelsea for the second time, Mourinho was confirmed as the new manager of Manchester United on 27 May 2016. Due to his tactical knowledge, charismatic—but also very controversial—personality, and what his opponents regard as emphasis on getting results over playing beautiful football, he is often seen, by both admirers and critics, as the successor of Argentine manager Helenio Herrera. 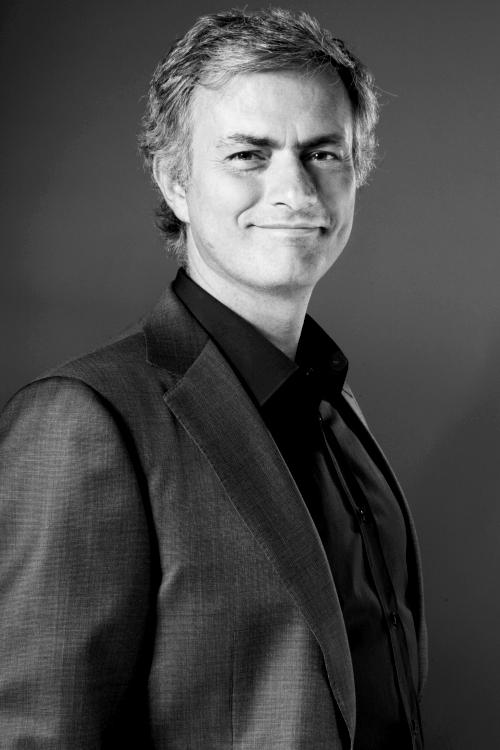 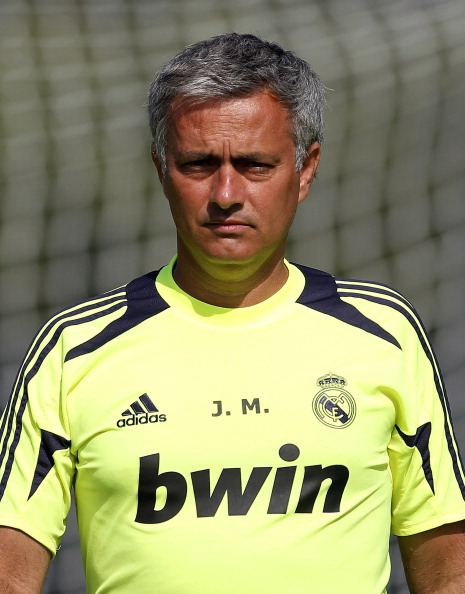 Mourinho is widely regarded by several players and coaches to be one of the best managers of his generation and one of the greatest ever managers. Manchester City manager Pep Guardiola has described Mourinho as “probably the best coach in the world”. Chelsea midfielder Frank Lampard has stated that Mourinho is the best manager he has ever worked for. He has sometimes been accused of playing defensive, dull football to grind out results. Mourinho has been criticized for negative tactics by Morten Olsen. After one game, Cruyff stated, “Mourinho is not a football coach. To play at home with seven defenders, you must be very afraid.” Olsen stated, “I don’t like his persona or the way he plays football negatively.” 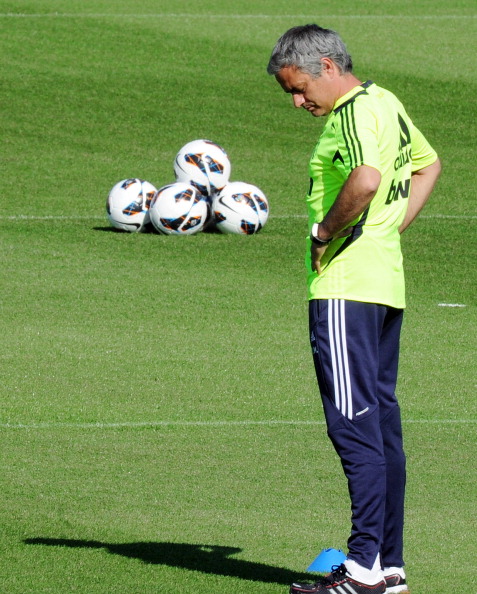 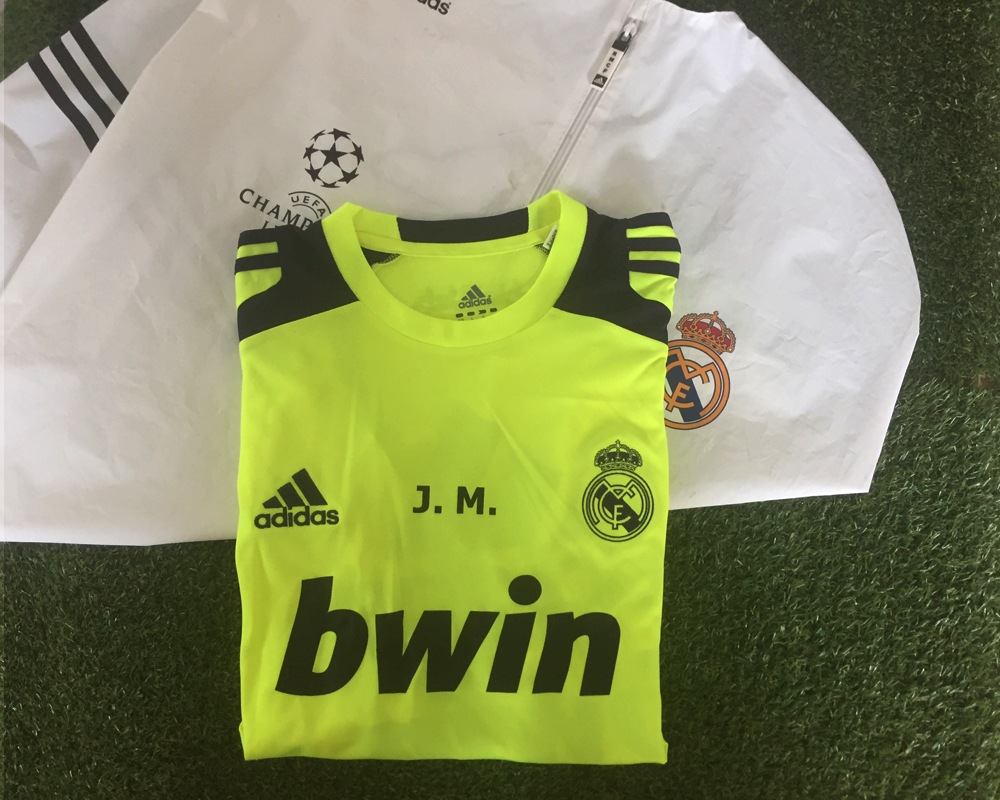 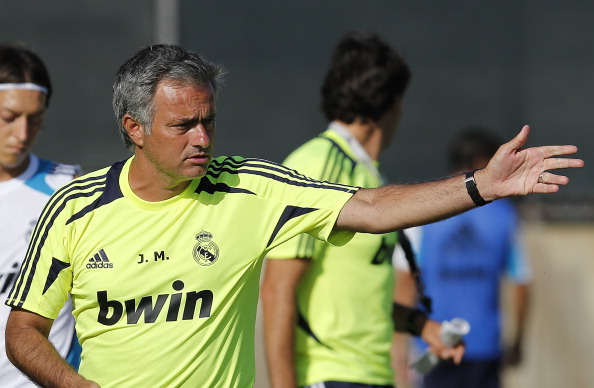 On 28 May 2010, it was confirmed that Mourinho would take over from Manuel Pellegrini at the Santiago Bernabéu Stadium. On 31 May 2010, Mourinho was unveiled as the new manager of Real Madrid after signing a four-year contract, and became the 11th manager in the past seven years at the club. Mourinho was appointed sporting manager as well as first-team coach, and he was regarded by some as a Galáctico (a term more often used for star players instead of coaches). Prior to Mourinho’s arrival, Real Madrid had underperformed despite paying record transfer fees for Galácticos such as Kaká and Cristiano Ronaldo. Their 2009–10 season was marked by disappointments such as Alcorconazo, a shock 2009–10 Copa del Rey round of 32 knockout by Segunda División B team Alcorcón, and elimination from the Champions League by Lyon in the round of 16, though they finished second in La Liga with a club record 96 points. By the end of the transfer window, after the 2010 FIFA World Cup, Mourinho had brought four new players to the squad: the Germans Sami Khedira (€13 million) and Mesut Özil (€15 million), Portuguese defender Ricardo Carvalho (€8 million) and Argentine winger Ángel Di María (€25 million plus €11 million on incentives). Mourinho spent three years in Madrid winning La Liga in 2011-2012, Copa del Rey in 2010-2011 and Supercopa de España in 2012. Following the 2013 Copa del Rey final loss to Atlético Madrid on 17 May, Mourinho called the 2012–13 season “the worst of my career”. Three days later, Real Madrid president Florentino Pérez announced Mourinho would leave the club at the end of the season by “mutual agreement”, a year after signing a contract extension to 2016. 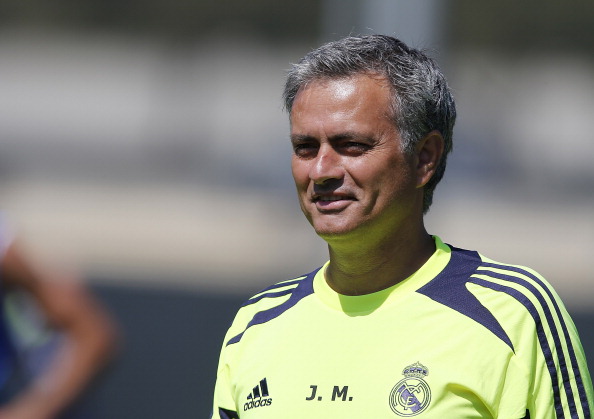 Following a Champions League tie between Chelsea and Barcelona in March 2005, Mourinho accused referee Anders Frisk and Barcelona coach Frank Rijkaard of breaking FIFA rules by having a meeting at half-time. Mourinho insisted that this biased the referee and caused him to send off Chelsea striker Didier Drogba in the second half. Frisk admitted that Rijkaard had tried to speak to him but insisted that he had sent him away. The situation intensified when Frisk began to receive death threats from angered fans, causing the referee to retire prematurely. UEFA referees chief Volker Roth labelled Mourinho an “enemy of football”, although UEFA distanced themselves from the comment. After an investigation of the incident, Mourinho was given a two-match touchline ban for his behaviour and both Chelsea and the manager were fined by UEFA, though the body confirmed that it did not hold Mourinho personally responsible for Frisk’s retirement. On 2 June 2005, Mourinho was fined £200,000 for his part in the meeting with then Arsenal full-back Ashley Cole in January 2005 in breach of the Premier League rules. His fine was later reduced to £75,000 after a hearing in August. Later that year, he labelled Arsenal manager Arsène Wenger “a voyeur” after being irked at what he saw as the latter’s apparent obsession with Chelsea. Wenger was furious with the remark and considered taking legal action against Mourinho. The animosity died down, however, and the two managers made peace after Mourinho admitted that he regretted making the comment. In a 2010–11 Champions League match at Ajax in November 2010, late in the match when Real Madrid were leading 4–0, two Real Madrid players received late second yellow cards related to time-wasting. The result of this meant they were suspended for the final group match even though Madrid would come first in the group, but would benefit by entering the round of 16 without any accumulated yellow cards. It was suggested after an investigation by UEFA that this was a deliberate ploy under Mourinho’s instruction via two players in a substitution. As a result, UEFA charged Mourinho along with the four related players with improper conduct regarding the dismissals. Although Mourinho denied the allegations, he was fined £33,500 and received a one-match Champions League ban. On 17 August 2011, in the final of the 2011 Supercopa de España, Mourinho was seen gouging the eye of Barcelona’s assistant coach Tito Vilanova during a brawl at the end of the game. After the game, Mourinho did not comment on the incident except to claim that he did not know who “Pito” Vilanova was, with “pito” being Spanish slang for penis. In February 2014, Mourinho referred to rival Arsenal manager Arsène Wenger, calling him a “specialist in failure”. On 23 October 2016, while Mourinho’s Manchester United was trailing 4–0 against Chelsea at Stamford Bridge, Chelsea manager Antonio Conte waved up the home crowd, urging them to make more noise to support the team. At the end of the match, Mourinho shook Conte’s hand and whispered into his ear, with media reports claiming Mourinho had accused Conte of trying to humiliate United with his actions. Both managers refused to confirm or deny the report, but Conte refuted claims that he was trying to antagonize Mourinho. Chelsea midfielder Pedro supported Conte, claiming Mourinho’s reaction was out of context. 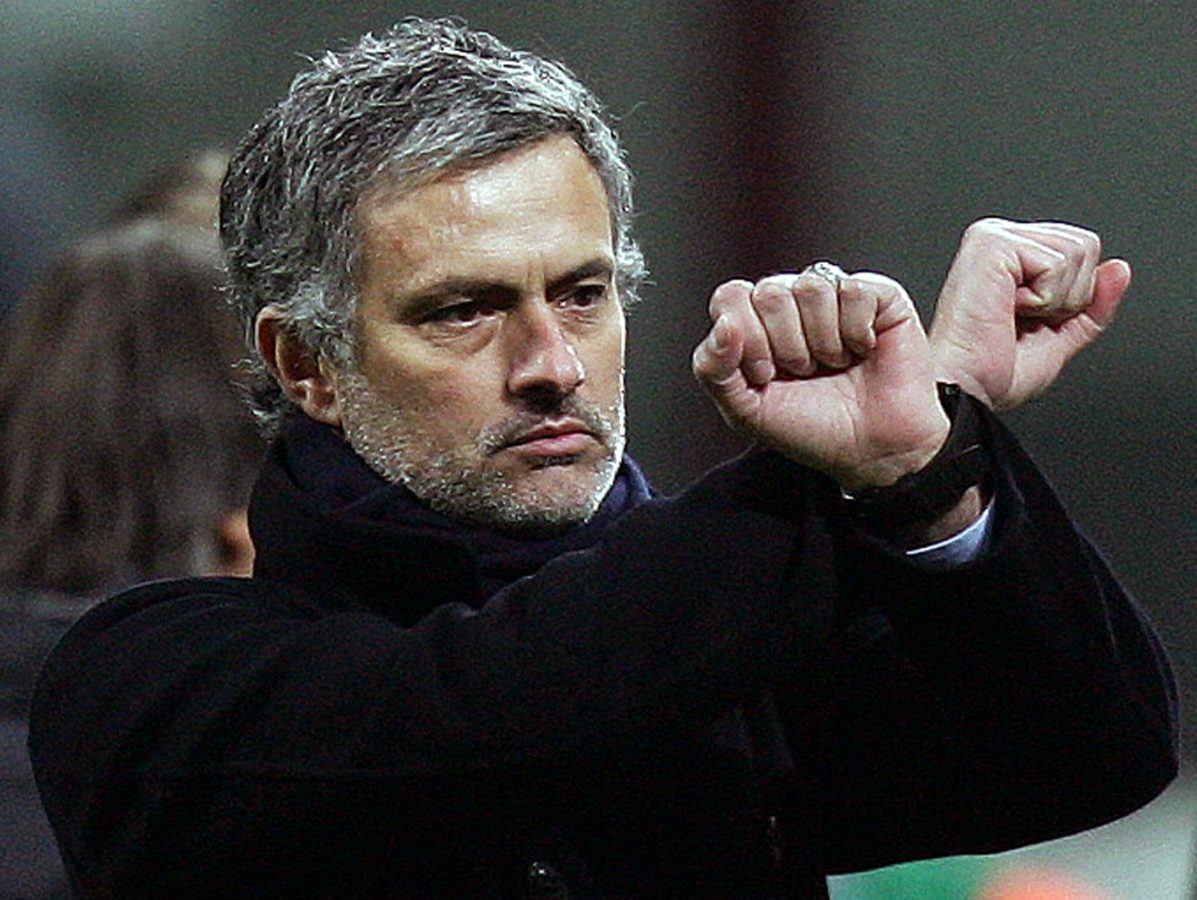 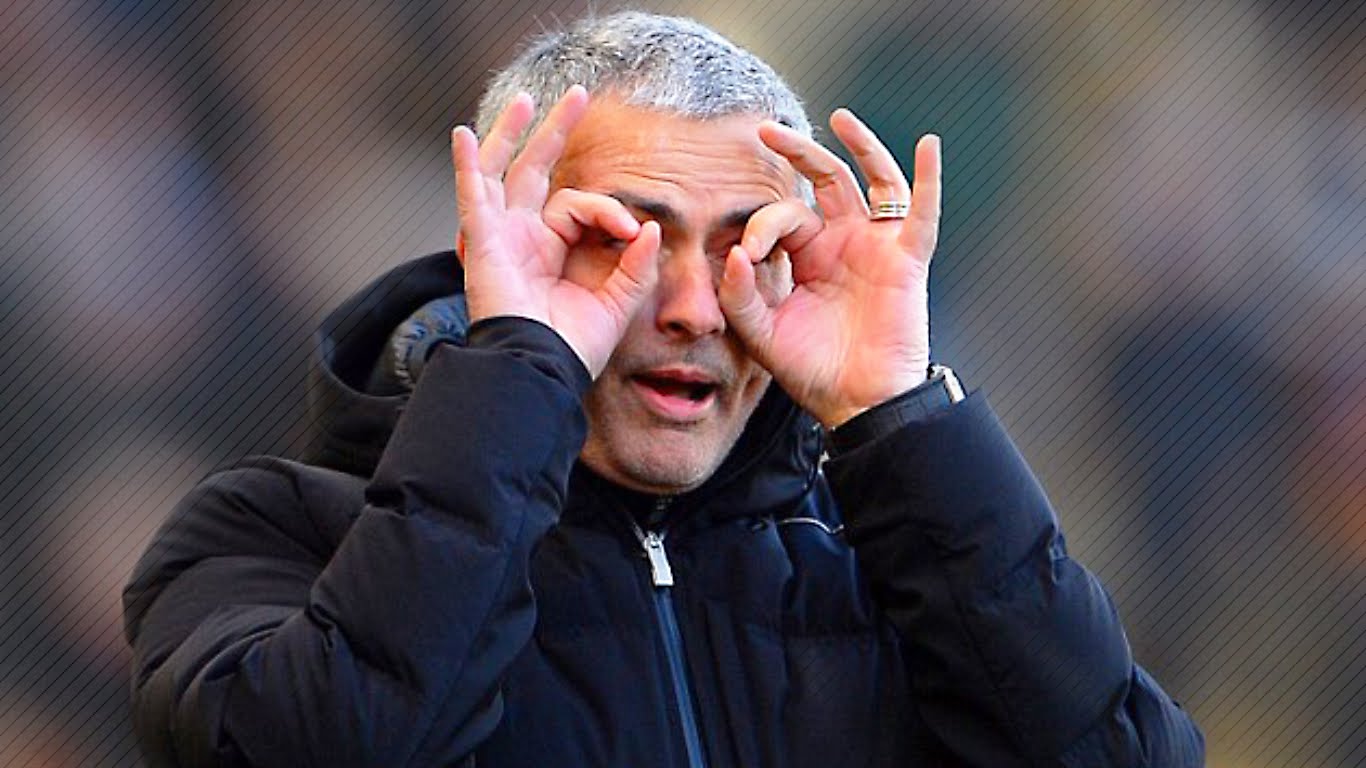 Grosso Grosso2017-09-10T21:43:02+00:00
Page load link
This site uses cookie technology, including third parties' ones. If you want to know more click here. If you access any element of this site outside this banner, you consent to the use of cookies. Ok
Go to Top