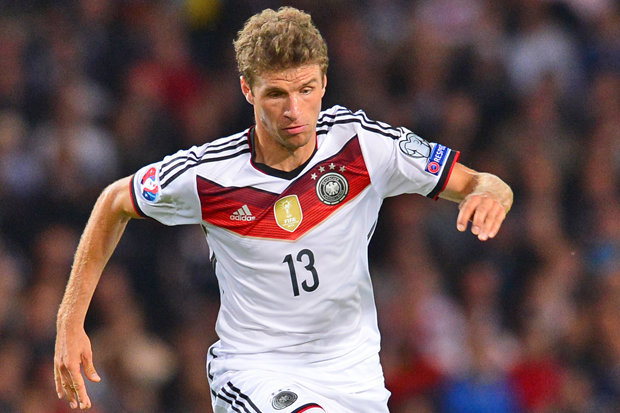 Thomas Müller is a German professional footballer who plays for the German national team. A versatile player, Müller plays as a midfielder or forward, and has been deployed in a variety of attacking roles – as an attacking midfielder, second striker, centre forward and on either wing. He has been praised for his positioning, teamwork and stamina, work-rate, and has shown consistency in both scoring and creating goals. A product of Bayern’s youth system, he made his first-team breakthrough in the 2009–10 season after Louis van Gaal was appointed as the main coach; he played almost every game as the club won the league and cup double and reached the Champions League final. Müller scored 23 goals in the 2012–13 season as Bayern won a historic treble; the league title, cup and Champions League. Müller earned a call-up to the German national team in 2010. At the 2010 World Cup he scored five goals in six appearances as Germany finished in third place. He was named the Best Young Player of the tournament and won the Golden Boot as the tournament’s top scorer, with five goals and three assists. At the 2014 World Cup he played a major role in helping the team win the trophy, scoring five goals and receiving the Silver Ball as the tournament’s second top player and the Silver Boot as the second top goalscorer, and was also named in the World Cup All Star XI and in the Dream Team. In 2014, Müller was ranked the fifth-best footballer in the world by The Guardian. 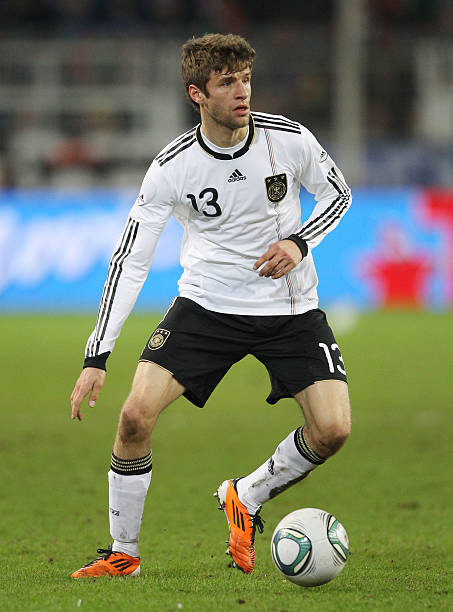 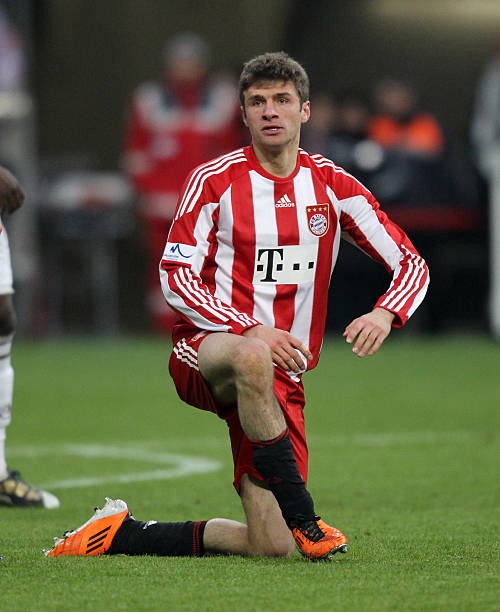 Müller’s role can be described as an attacking all-rounder, a player able to play in a variety of forward positions. As he came through the youth system, he was seen primarily as a midfielder, but since breaking into the first-team he has been used in more forward roles. Both Bayern Munich and the Germany national team usually play a 4–2–3–1 formation, and Müller is most often part of the three attacking midfielders behind the central striker. He can play in any of the attacking midfield roles but usually plays in the centre for Bayern, and on the right for Germany. He has been used as an out-and-out striker on occasion. Although he lacks physical strength, Müller has been praised for his maturity, pace, technique, awareness, tactical intelligence, and positioning. He has been particularly noted for his composure; Germany manager Joachim Löw said he is “impervious to pressure” and former Bayern manager Louis van Gaal said he has tremendous mental strength.[46] A consistent scorer and creator of goals, he describes himself as a player who can find gaps in the opposition defence but not particularly good at dribbling or one-on-ones. Müller describes this role as Raumdeuter, a term that translates to “interpreter of space” (cf. Traumdeuter, “dream interpreter”). During 2014 World Cup, Germany manager Joachim Löw stated that Müller “is a very unorthodox player and you can’t really predict his lines of running, but he has one aim and that is ‘how can I score a goal?”. 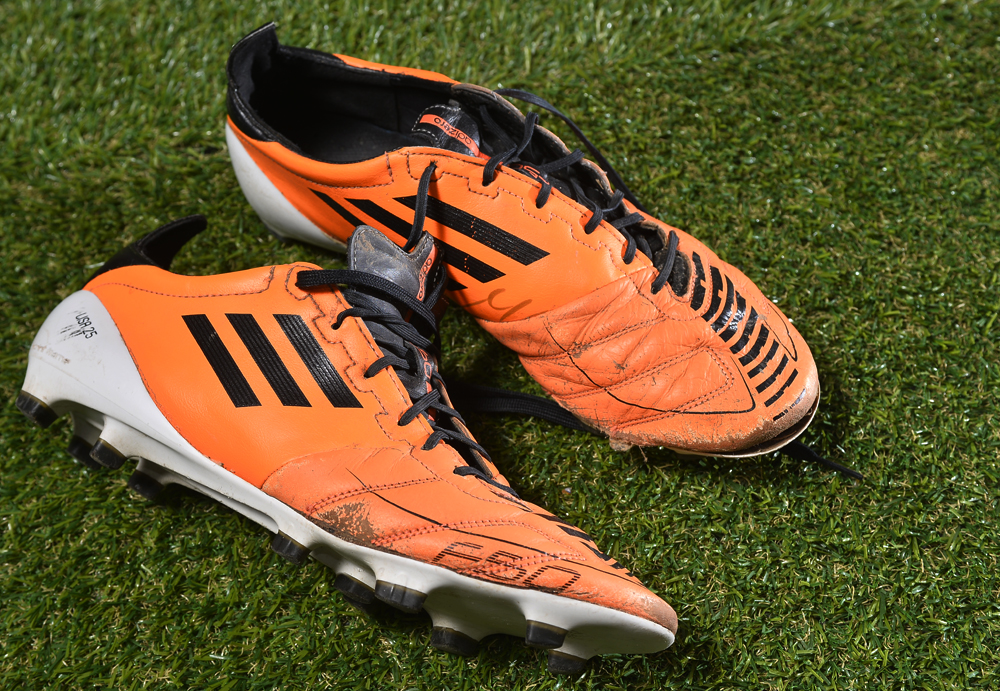 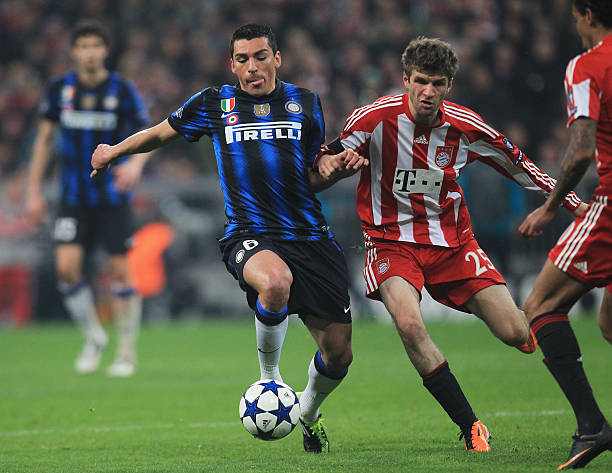 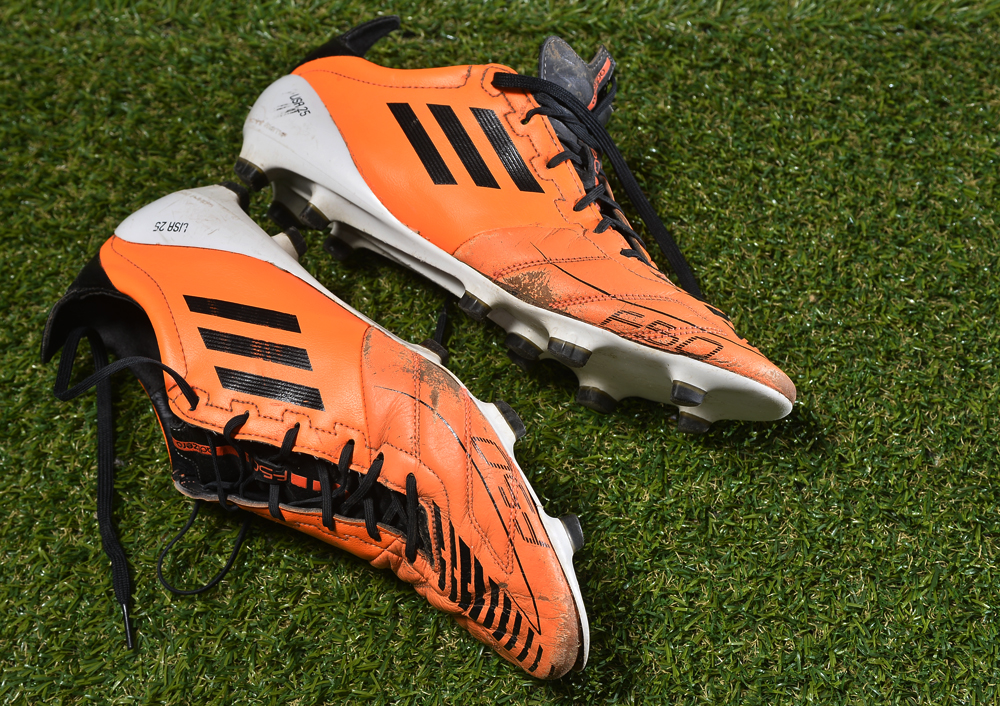 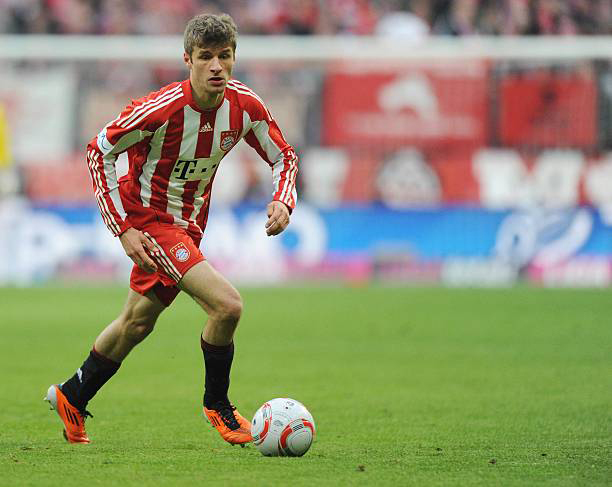 Grosso Grosso2019-02-04T10:33:00+00:00
Page load link
This site uses cookie technology, including third parties' ones. If you want to know more click here. If you access any element of this site outside this banner, you consent to the use of cookies. Ok
Go to Top