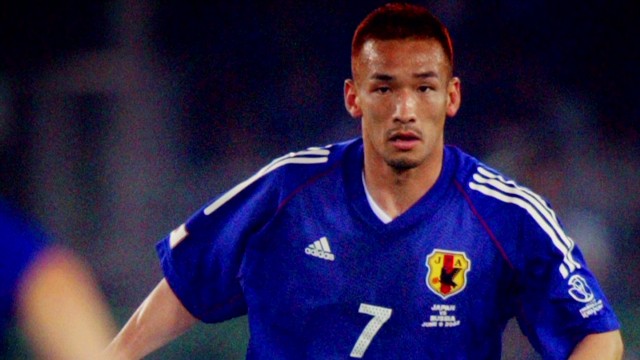 Hidetoshi Nakata, is a former Japanese football player who played as a midfielder. He is widely considered to be one of the most famous Asian footballers of his generation, and one of the greatest Japanese players of all time. Nakata began his professional career in 1995 and won the Asian Football Confederation Player of the Year award in 1997 and 1998, the Scudetto with Roma in 2001, played for Japan in three FIFA World Cup tournaments (1998, 2002 and 2006) and competed in the Olympics twice (1996 and 2000). In 2005, he was made the Knight of the Order of the Star of Italian Solidarity, one of Italy’s highest honors, for improving the country’s image overseas. Nakata has also been involved in fashion, regularly attending runway shows and wearing designer clothing.Nakata announced his retirement at age 29 on July 3, 2006 after a ten-year career that included seven seasons in the Italian Serie A and a season in the English Premier League. In March 2004, Pelé named Nakata in his FIFA 100, a list of the top living footballers at the time. Nakata was the only Japanese, and one of only two Asian footballers (the other being Korean defender Hong Myung-bo) to be named on the list. 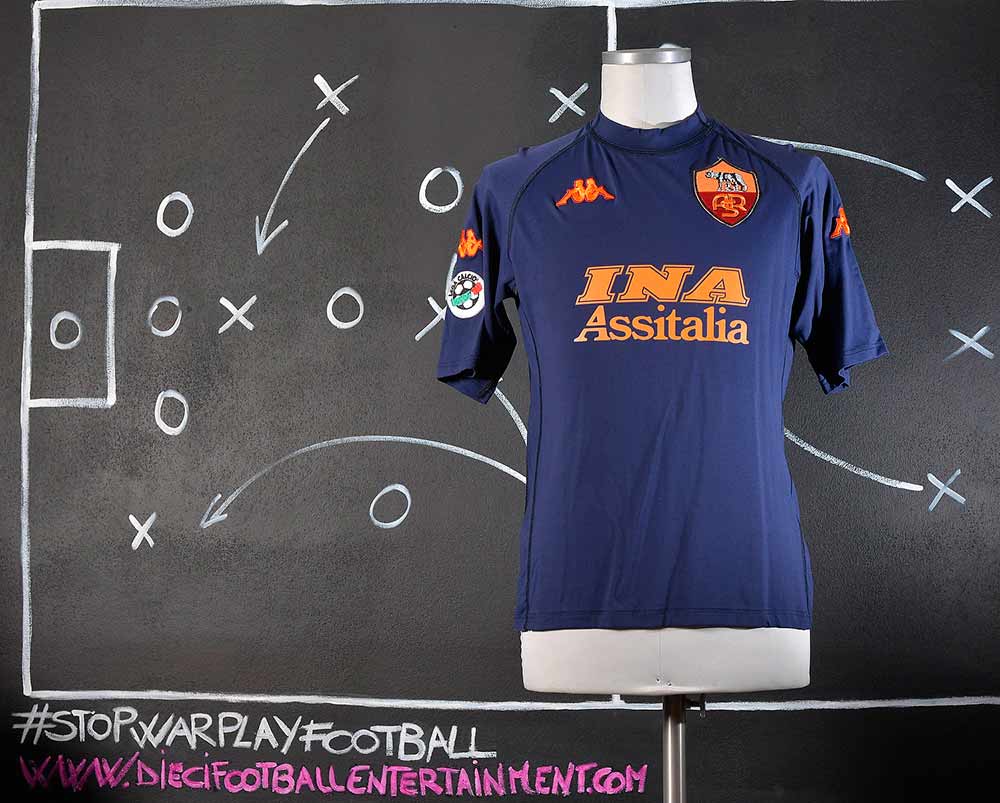 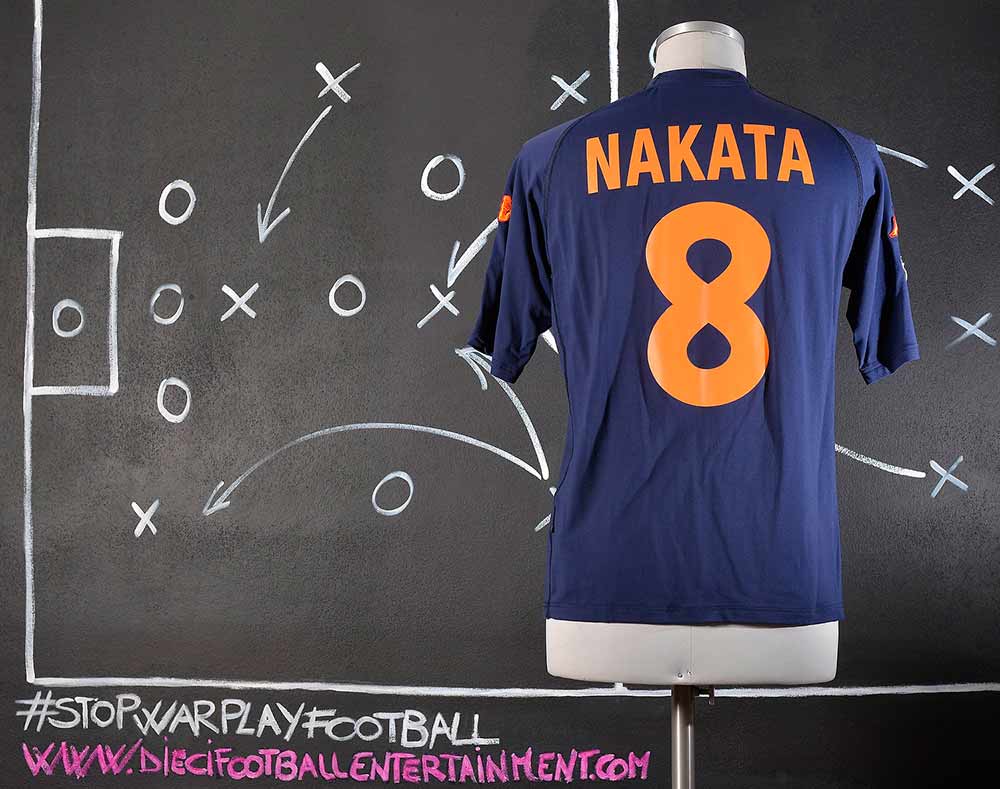 In January 2000, after one and a half seasons at Perugia, Nakata moved to Roma for 42 Billion ITL (€21.691 million) helping the team win the scudetto. The highlight of Nakata’s career at Roma came on May 6, 2001 in the Serie A match against Juventus at Stadio Delle Alpi. After replacing Francesco Totti in the second half with Roma trailing 0–2, Nakata netted with a 30-yard goal beyond Juventus goalkeeper Edwin van der Sar’s reach, with 11 minutes left in the match. He then helped Roma score the equalizer when his fierce drive from outside the box was parried by Van der Sar into the path of Vincenzo Montella, who scored for Roma in the last minute. The match ended with a 2–2 draw and Roma maintained a six-point margin atop the league table. 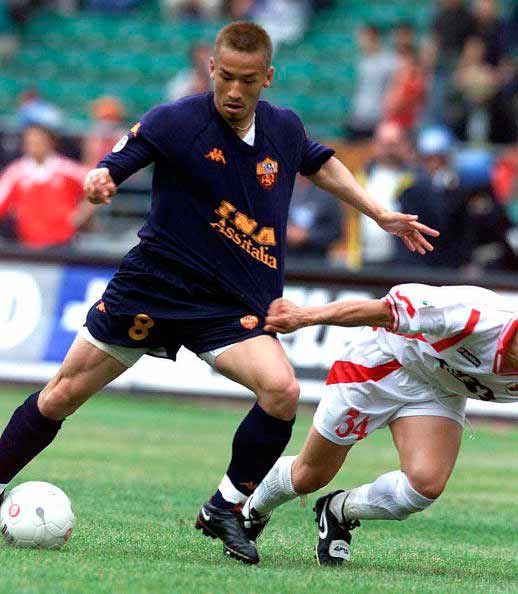 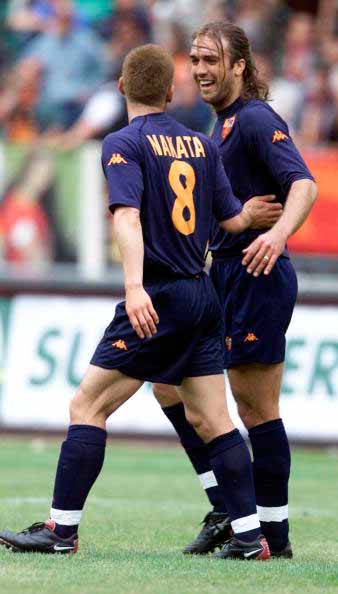 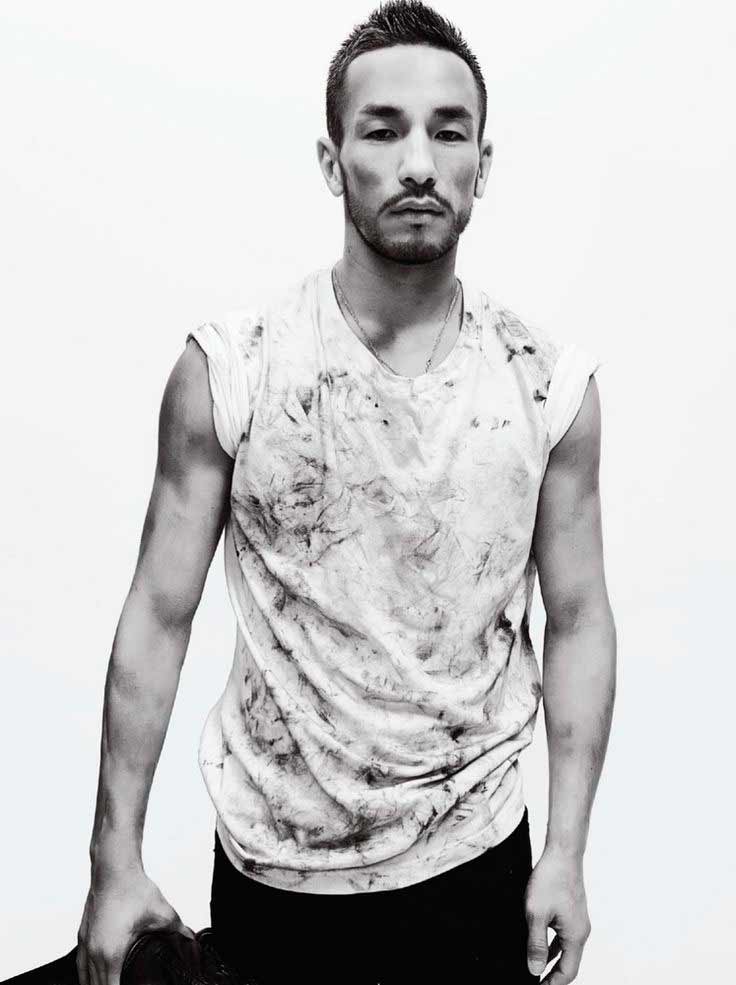 A quick, creative, hard-working, and offensive-minded central midfielder, with an eye for goal, Nakata was known for his technical ability, agility, vision, passing, and his ability to make attacking runs into the penalty area and score goals; he also possessed a powerful shot from outside the area. Outside of football Nakata has shown interest in fashion, attending runway shows, wearing designer clothing and sporting colorful haircuts. He dyed his hair blond for the 1998 FIFA World Cup, hoping to attract the attention of European scouts. Japanese hairstylist Aki Watanabe credits him as a trendsetter. Andrea Tenerani, photographer for GQ in Italy said of Nakata, “He’s perfect; he’s like a model. And he’s totally obsessed with fashion.” Calvin Klein designer Italo Zucchelli said, “(Nakata) plays with fashion like all of them now, but in a cooler, more sophisticated way than many others.” He is one of the models featuring the Calvin Klein underwear campaign 2010. He was featured in the July 2007 US version of GQ with a 12-page spread on fall fashion. He was featured in GQ in his home country in December 2011. Often regarded as a Japanese David Beckham, because of his obsession with fashion and his status as a role model for many Asian Football exports to Europe,[citation needed] Nakata is an editor-at-large at Monocle at the invitation of his friend Tyler Brûlé, who serves as the magazine’s editor-in-chief. Nakata has cited the popular manga and anime series, Captain Tsubasa, as his primary inspiration in choosing football as a career.  Towards the end of 2015, Nakata entered into a partnership with Kee Club in Hong Kong to open Koko, a Hong Kong-based restaurant that serves sakes created by Nakata himself. He has developed his own line of sake as well as creating his own mobile educational app, “Sakenomy”. Expressing interest in educating the public about sake, Nakata stated, “People recognise brands of wine but not usually brands of sake. There is a lack of information and branding when it comes to sake. That’s why I thought I needed to create a brand that people can recognise and understand. My purpose is to expand the market for all sake not just my own. You can pair any type of cuisine with sake. It can go with French, Italian, even Chinese food, not just Japanese cuisine.” 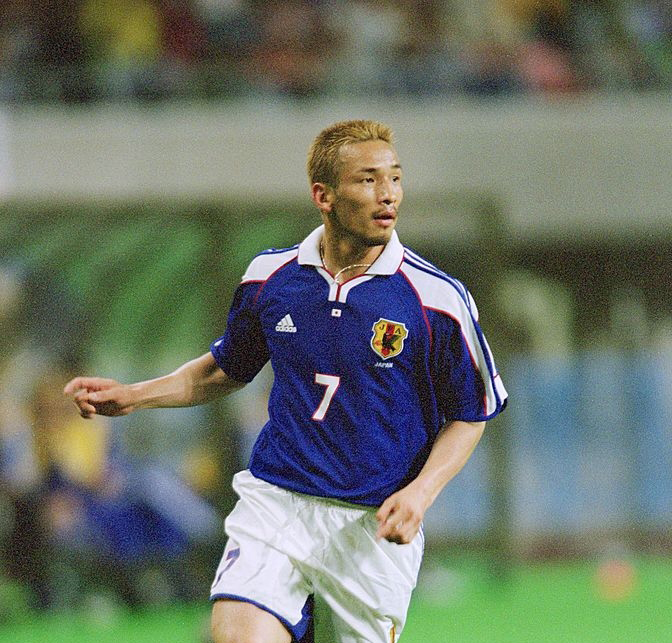 After having represented Japan at the 1993 U-17 World Championship (where he scored a goal) and at the 1995 U-20 World Championship (where he scored twice), Nakata was part of the Japan squads at the 1996 Olympics, where Japan upset Brazil, and at the 2000 Olympics. His senior national team debut came in May 1997 against South Korea. He was a key member of the Japanese side that qualified for the 1998 FIFA World Cup, scoring five goals in qualification matches and setting up all three Japanese goals in the qualification play-off against Iran. He helped Japan reach the final of the 2001 Confederations Cup but left the national team before the final to join Roma for their final league matches. Nakata played in all four of Japan’s matches at the 2002 FIFA World Cup, co-hosted by South Korea and Japan, scoring the second goal of a 2–0 first round win against Tunisia. At the 2006 FIFA World Cup, Nakata played in all three matches for Japan, losing to Australia and Brazil, and drawing with Croatia. His performance against Croatia earned him a Man of the Match award. After the 2006 FIFA World Cup, on July 3, 2006, Nakata announced his retirement from professional football and the Japanese national team on his personal website “I decided half a year ago that I would retire from the world of professional football … after the World Cup in Germany.” Nakata wrote, “I will never again stand on the pitch as a professional player. But I will never give up football.” In a 2014 interview in TMW Magazine, Nakata confirmed that he had retired at such a young age because he was no longer enjoying football, and wanted instead to see what was going on in the world. Despite Nakata playing every match in Japan’s first three World Cup appearances, he was not selected for the country’s Asian Cup-winning squads in 2000 and 2004. In total, he was capped 77 times for Japan, scoring 11 goals, 9 of which came in official FIFA competitions. 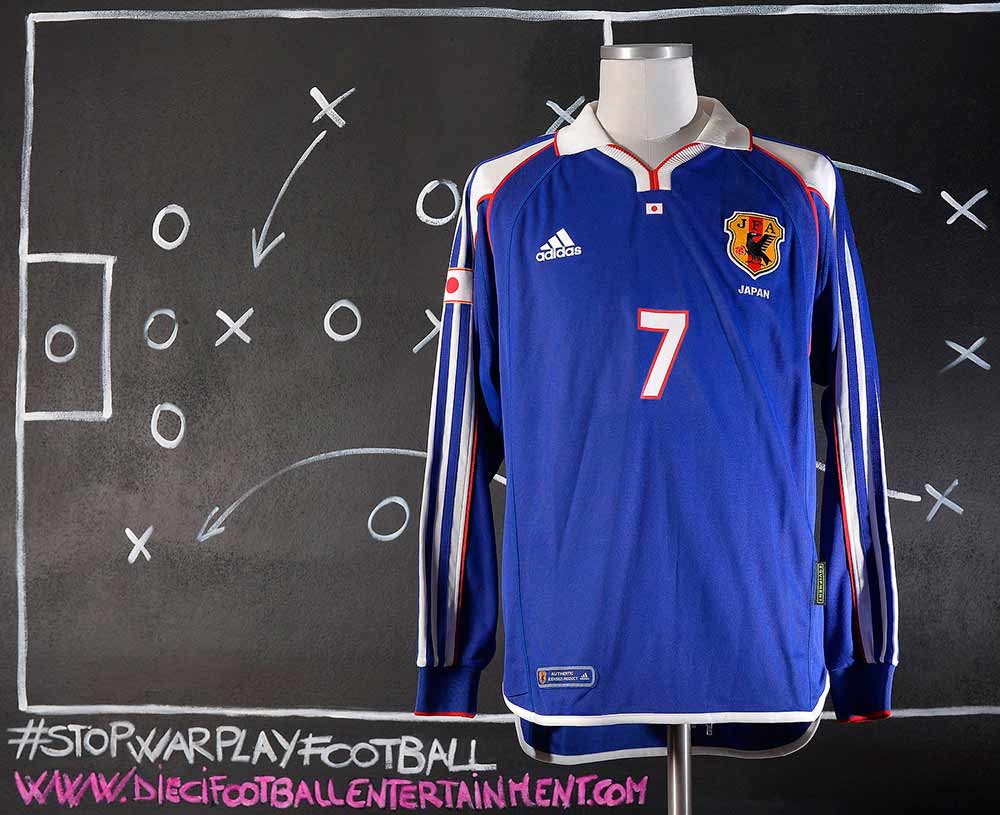 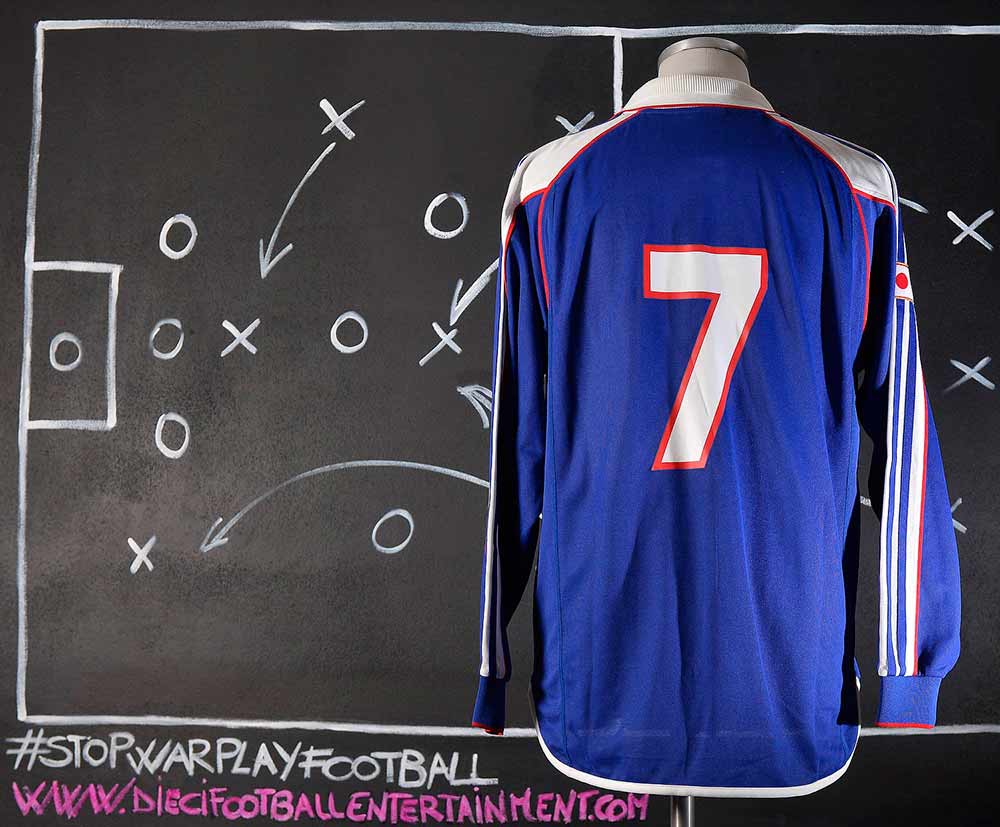 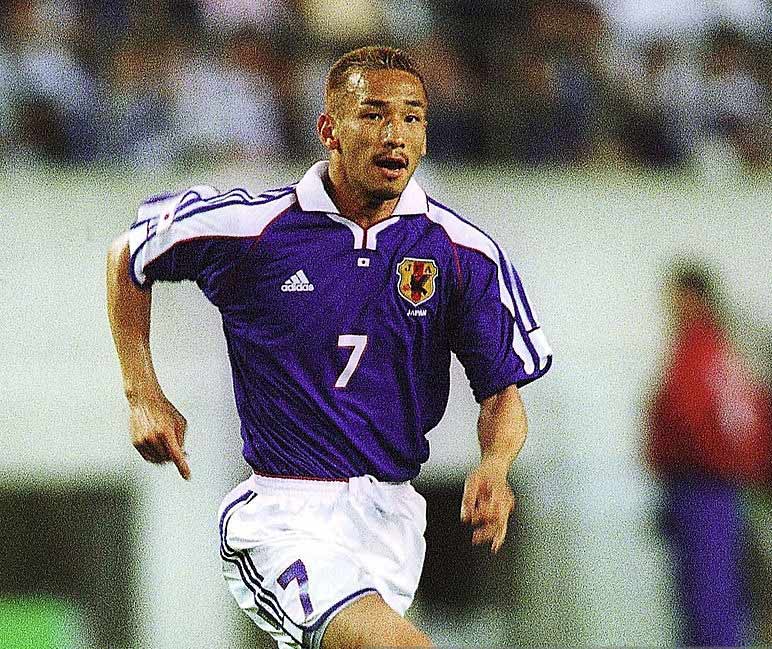 Grosso Grosso2017-10-16T20:13:24+00:00
Page load link
This site uses cookie technology, including third parties' ones. If you want to know more click here. If you access any element of this site outside this banner, you consent to the use of cookies. Ok
Go to Top