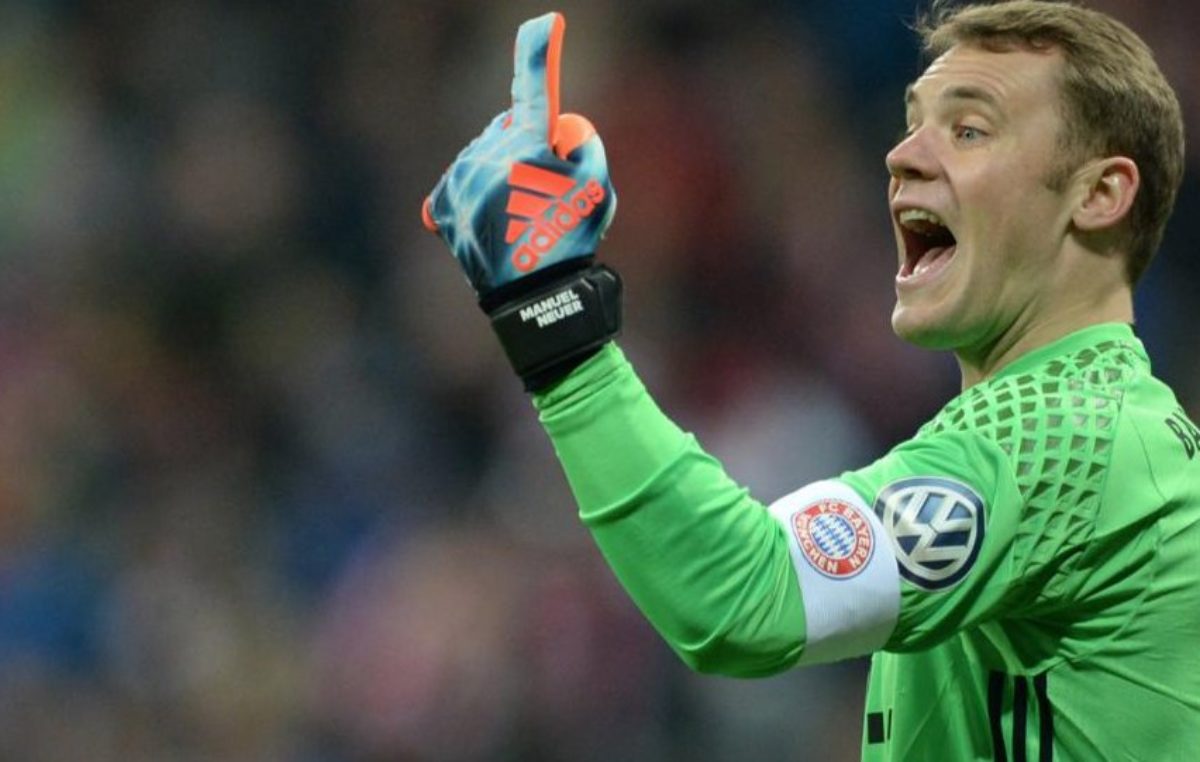 Manuel Peter Neuer is a German professional footballer who plays as a goalkeeper for and captains the Germany national team. Neuer has been described as a “sweeper-keeper” because of his unique playing style and speed when rushing off his line to anticipate opponents; he is also known for his quick reflexes, excellent shot-stopping abilities, strength, long throwing range, command of his area and accurate control and distribution of the ball. Regarded by pundits as the best goalkeeper in the world (he won the IFFHS World’s Best Goalkeeper award for four consecutive years between 2013 and 2016), and as one of the best and most complete goalkeepers of all-time, Neuer won the 2014 FIFA World Cup with Germany as well as the Golden Glove award for being the best goalkeeper in the tournament, and is considered by some in the sport to be the best goalkeeper in football since Lev Yashin. In 2014, Neuer finished third in the voting, behind Lionel Messi and Cristiano Ronaldo, for the FIFA Ballon d’Or award. The same year, he was ranked the third-best player in the world by The Guardian. 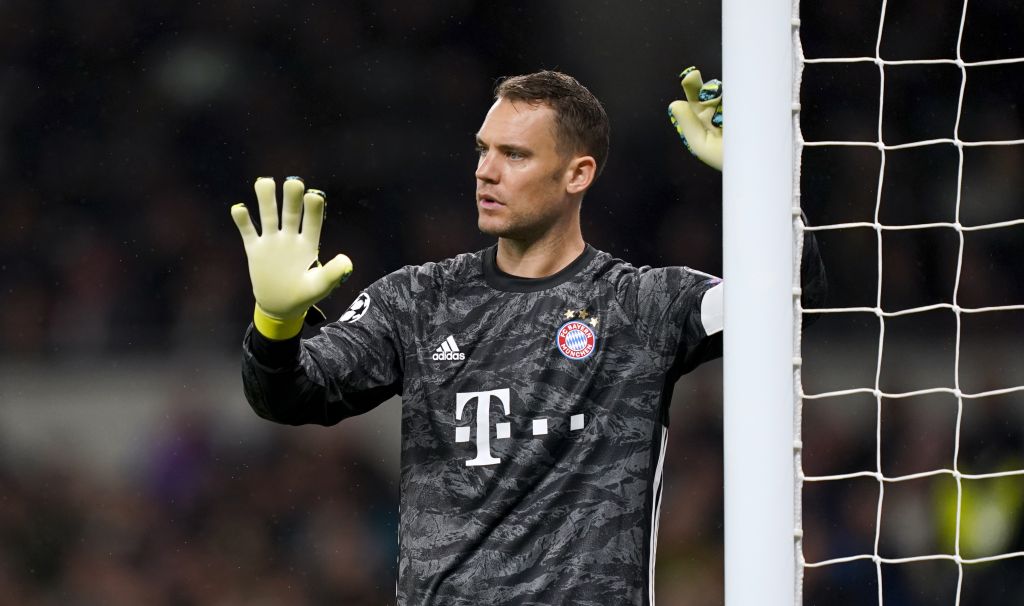 Manuel Neuer joined Bayern on June 1st 2011. He made his move to Bayern Munich and signed a five-year contract that lasted until June 2016. After hostilities of Bayern fans against Neuer, as some fans were unhappy about Bayern buying a Schalke keeper, a round-table discussion between Bayern and group of supporters’ representatives took place on 2 July 2011. Among other things, it was decided that Neuer would be regarded as a full member of Bayern Munich, who should be treated with due respect. Furthermore, hostility towards him should cease. Right in the first weeks at Bayern, after a 0–0 draw with 1899 Hoffenheim, Neuer broke the Bayern Munich record for most competitive clean sheets in a row, having gone over 1,000 minutes without conceding. He improved the record formerly held by Oliver Kahn. On 21 May 2020, Neuer signed a new contract with Bayern, keeping him at the club until 2023. The 2019/2020 season was his 9th season with the team. On 23 August, 2020, Neuer won the Champions League for the second time, his first as Bayern captain, keeping a clean sheet as his team won 1–0 over PSG. He was widely praised for his performance. 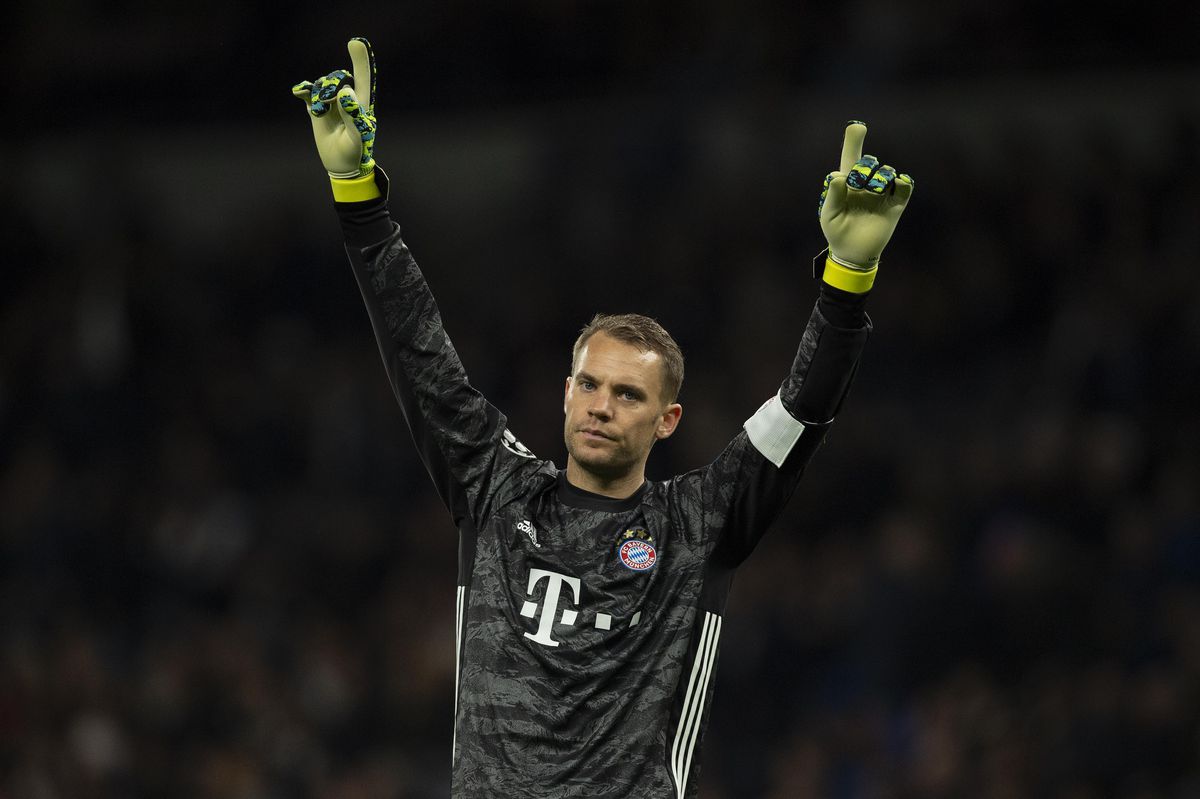 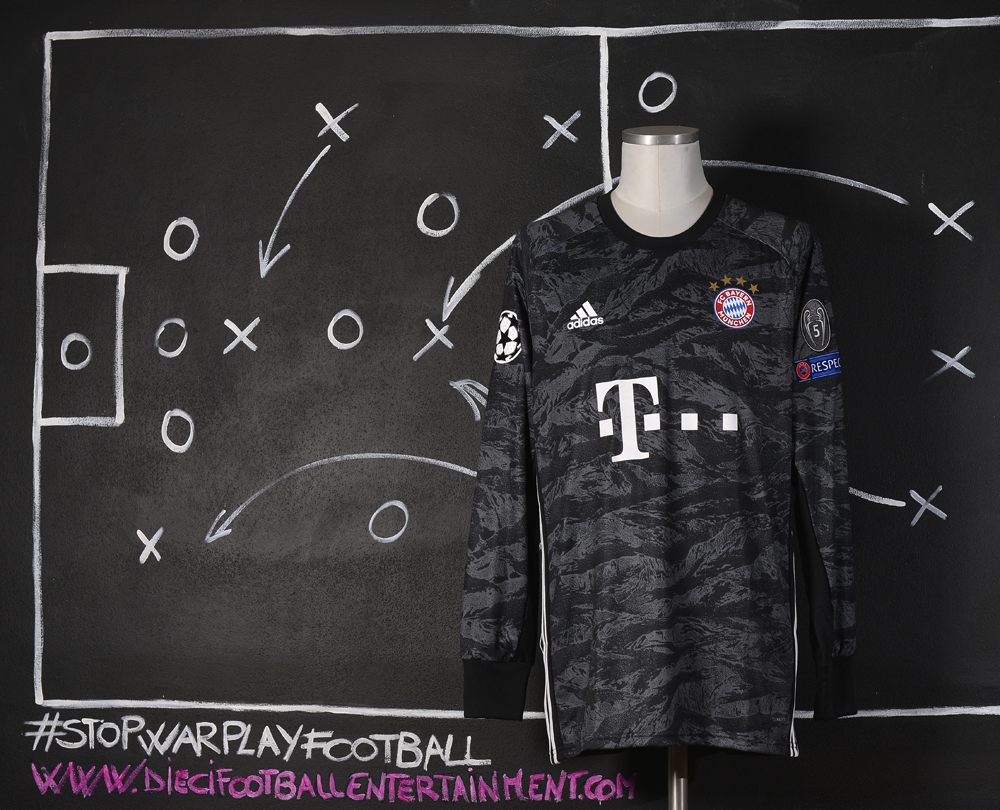 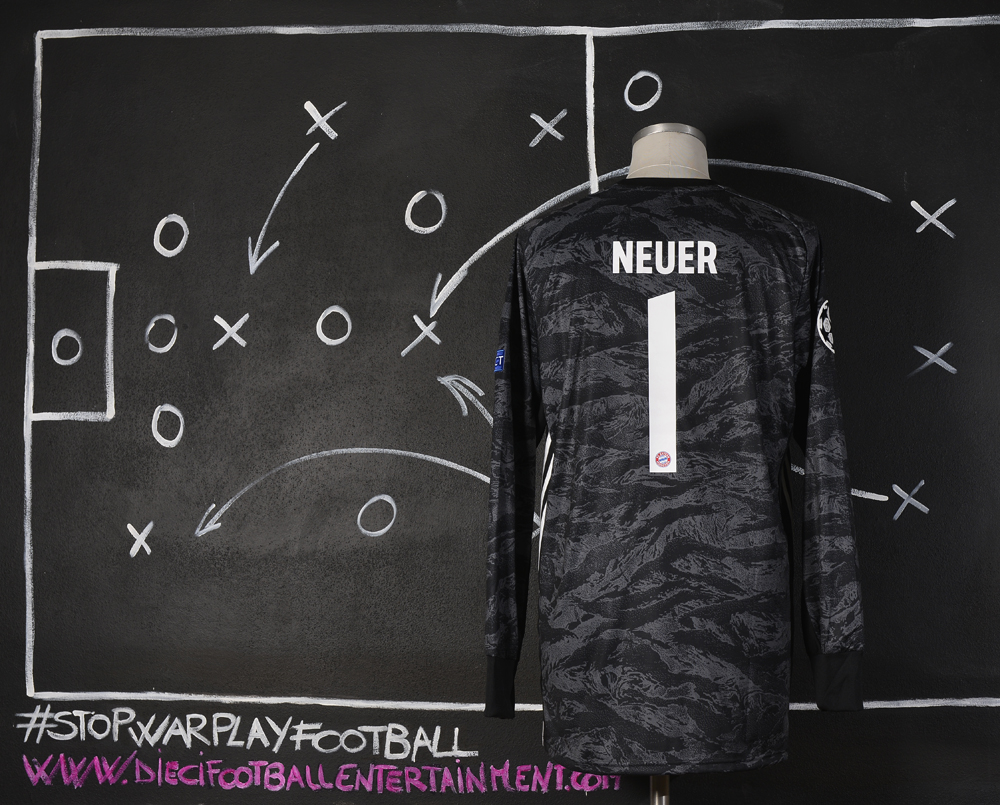 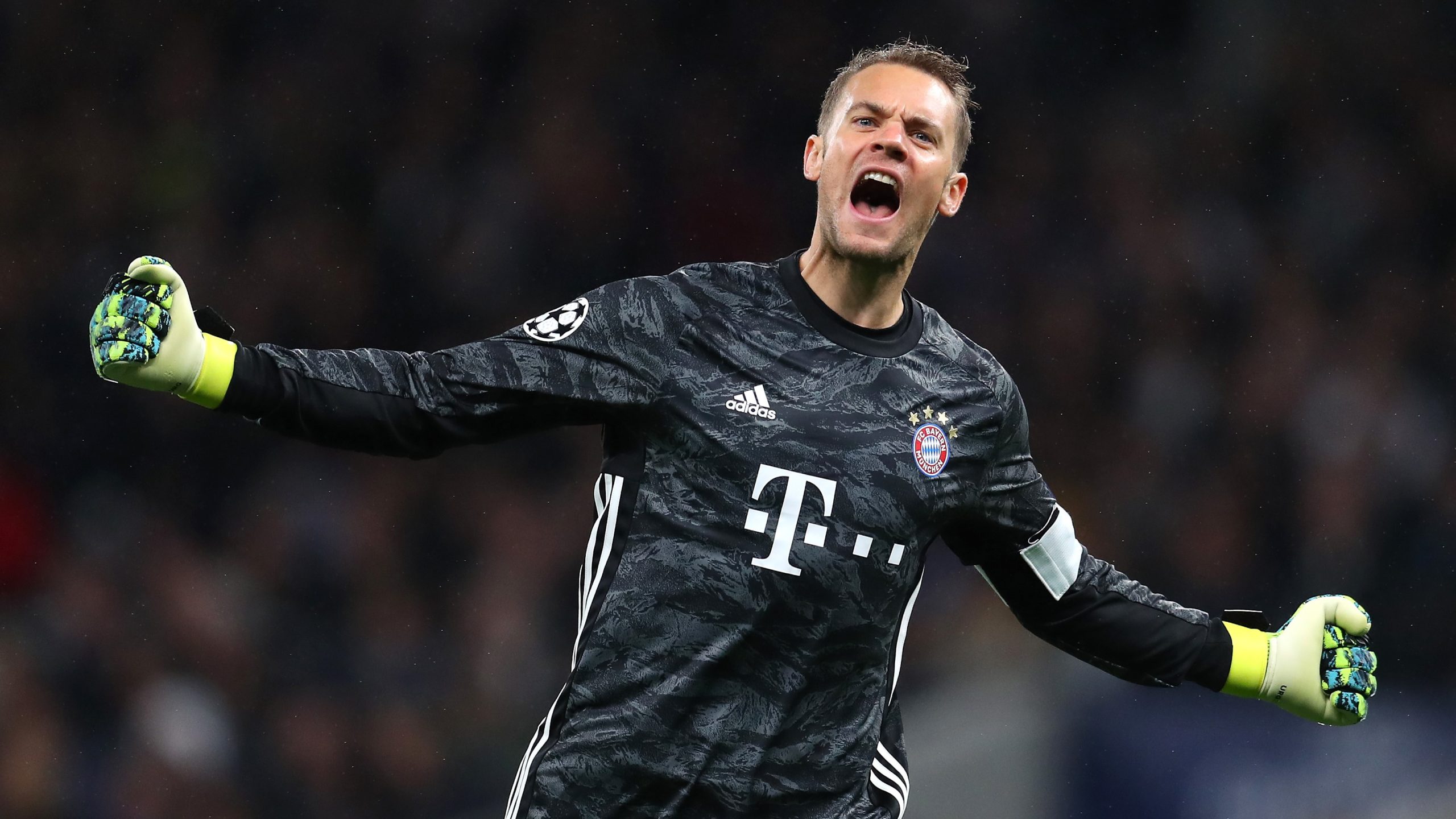 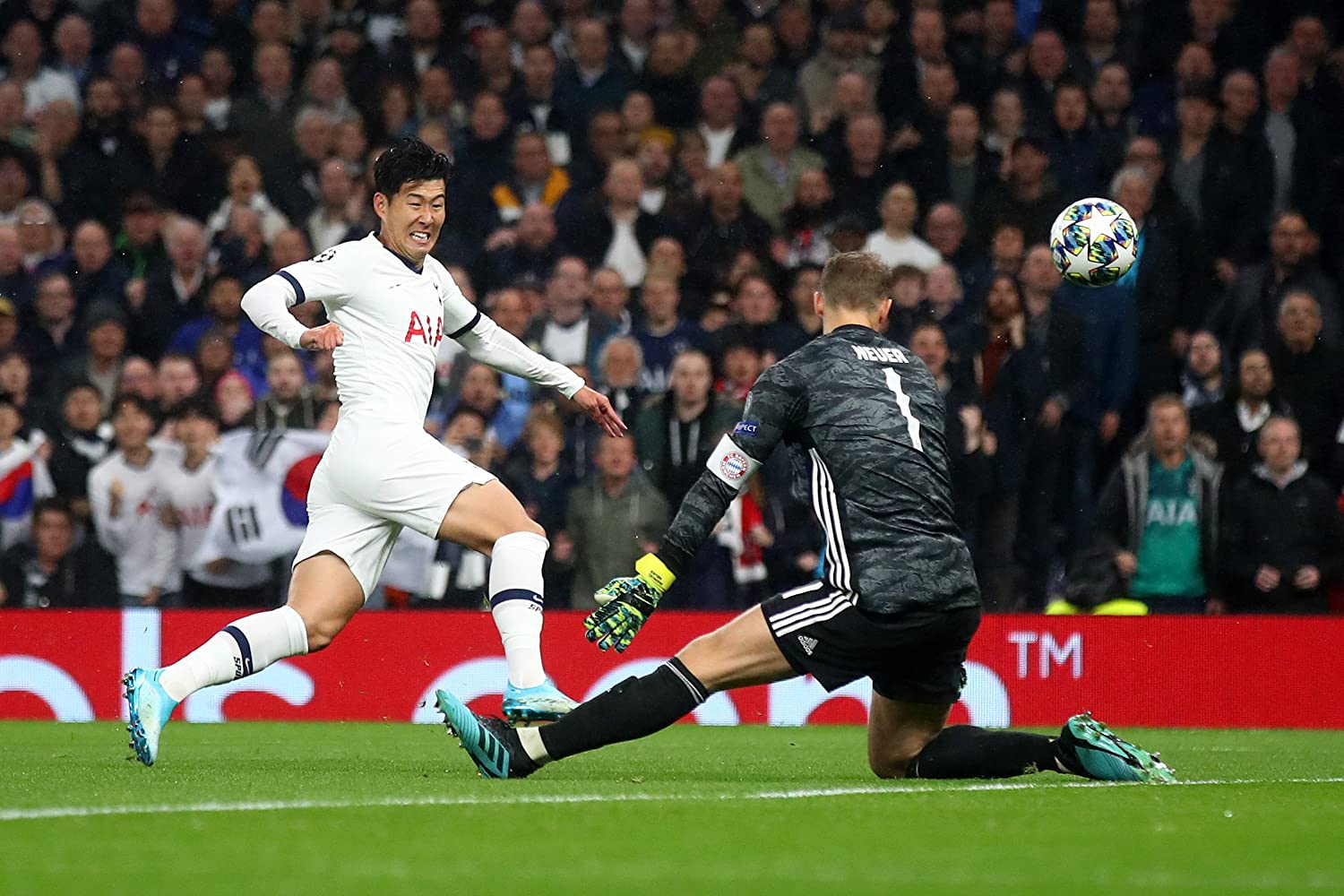 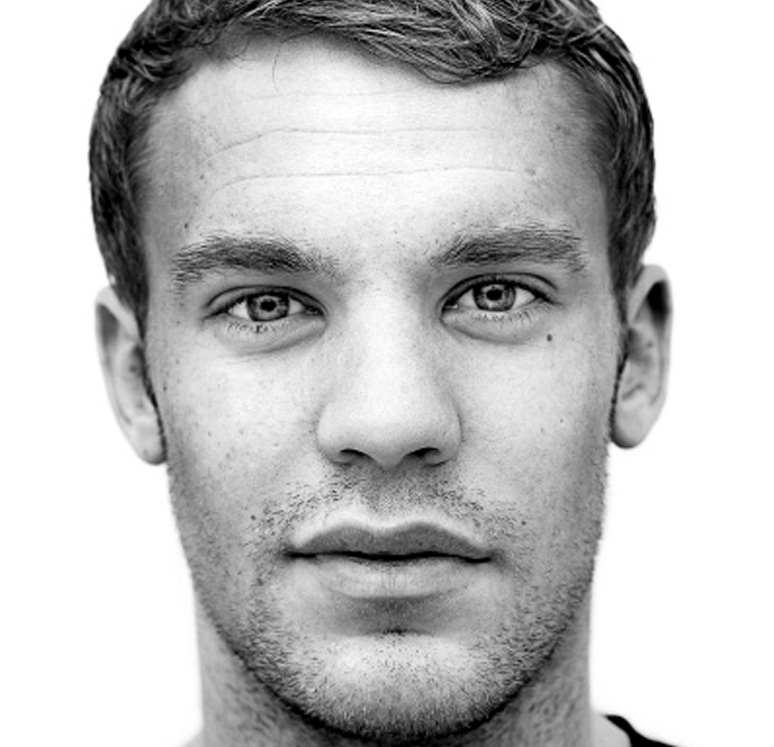 Neuer was born in Gelsenkirchen, North Rhine-Westphalia. He attended Gesamtschule Berger Feld, like many other notable footballers, such as Mesut Özil. His brother Marcel is currently a football referee in the Verbandsliga.[126] He got his first football when he was two and had his first game on 3 March 1991, 24 days before his fifth birthday. Neuer’s hero and idol as a child was fellow German and former Schalke goalkeeper Jens Lehmann. Neuer is Catholic, and lends his support to a Gelsenkirchen-based Catholic social action group which campaigns against child poverty as well as a Gelsenkirchen-based youth club run by the Amigonians. Neuer started a charity foundation for children, named the Manuel Neuer Kids Foundation. In November 2011, he won €500,000 for charity in a celebrity edition of Wer wird Millionär?, the German version of Who Wants to Be a Millionaire? Neuer was in a relationship with Kathrin Glich until 2014. In 2015, Neuer started a relationship with Nina Weiss. On 21 May 2017, Neuer and Weiss married in Tannheim, Austria, in a civil ceremony, which was followed by a church wedding in the Cathedral of Santissima della Madia in Monopoli, Italy, on 10 June. The couple separated in early 2020, then Neuer started dating Anika Bissel. After an erroneous translation of his statement “it would be good if a professional football player came out because it would help others to do the same”, a South American publication concluded that he was gay, which was taken up by many other media outlets and has since been widely believed in the Spanish-speaking world. Mexico were fined for their fans’ homophobic chants when Neuer had the ball during the World Cup match in 2018. 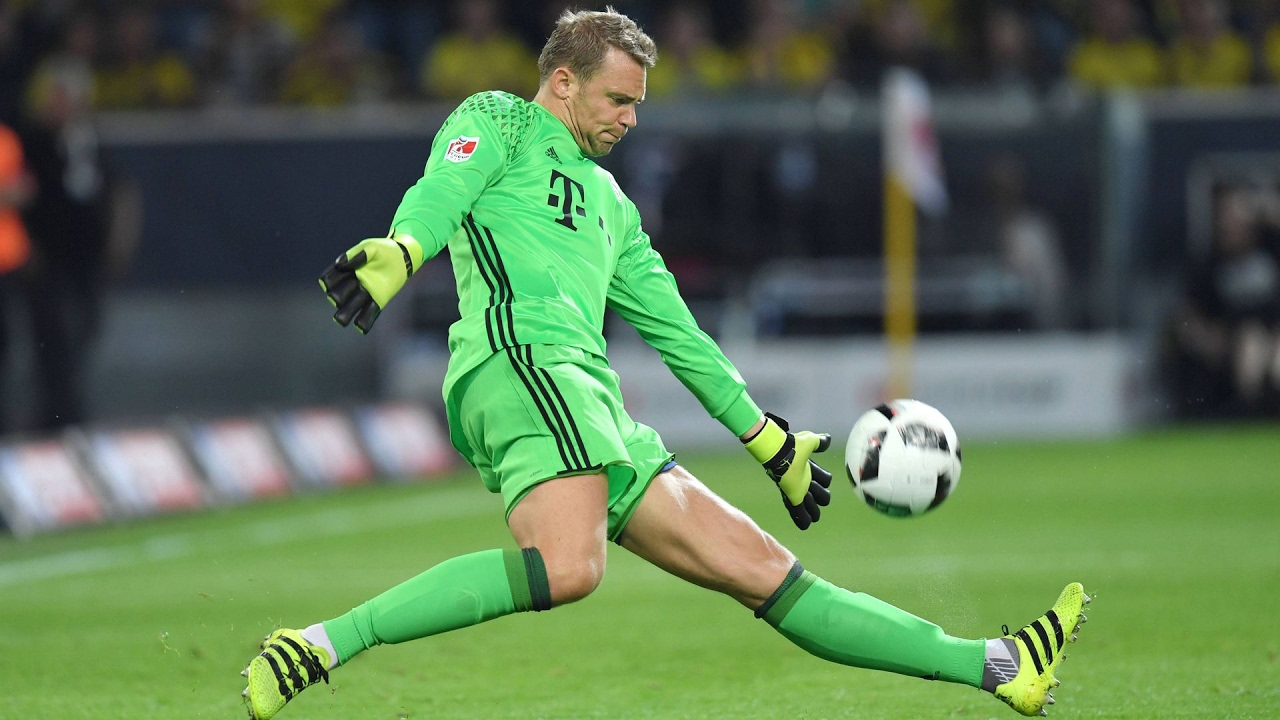 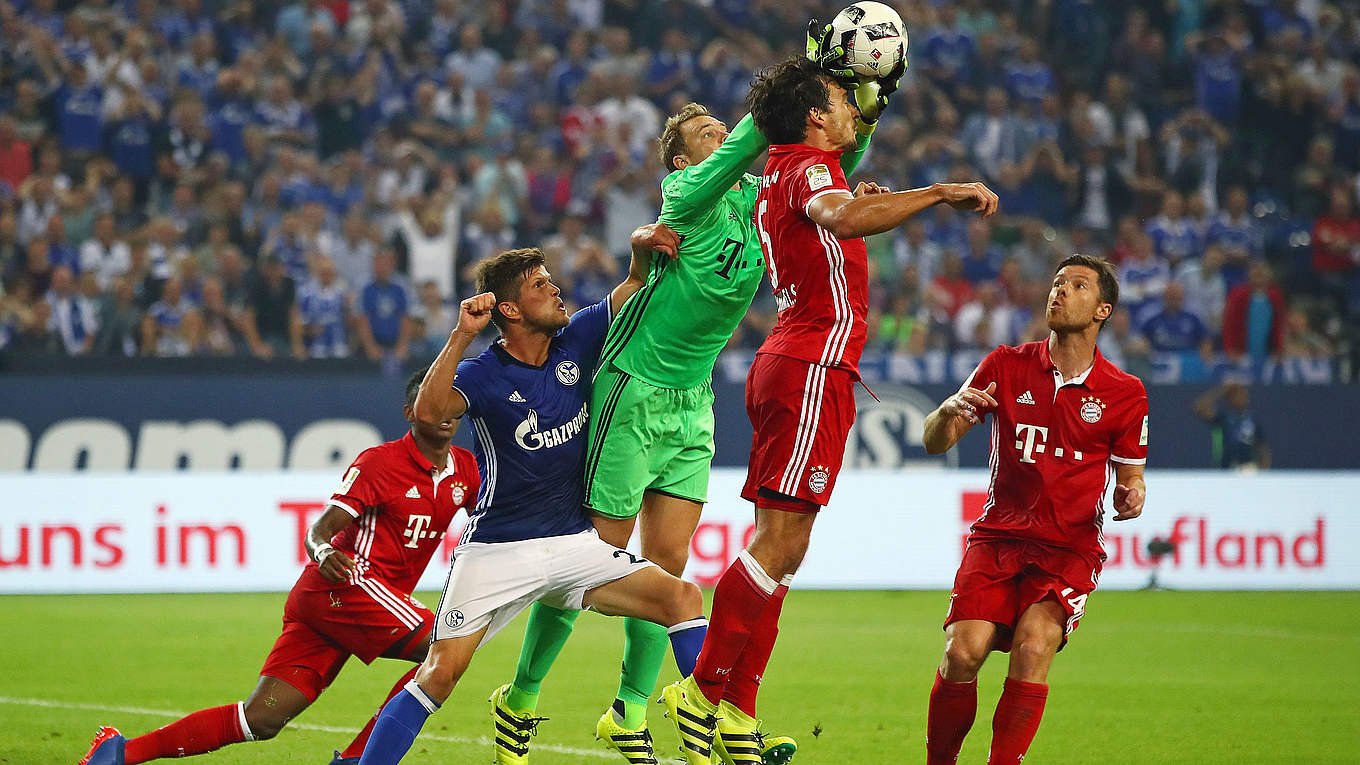 Considered by many in the media to be the current best goalkeeper in the world, and one of the greatest goalkeepers both of his generation and of all time, Neuer is widely regarded as a “complete” and modern goalkeeper; he is regarded by some in the sport to be the best goalkeeper in football since Lev Yashin, who is widely considered to be the greatest goalkeeper of all time, and is so far the only goalkeeper to have won the Ballon d’Or. A tall, large, athletic, and physically strong player, Neuer has earned critical acclaim from former players and pundits for his speed, stamina, composure, concentration, consistency, and mentality, as well as for being able to adapt to any given situation on the pitch. He is particularly known for his exceptional reflexes, shot-stopping abilities, speed, and footwork, as well as his ability to read the game, and come out to collect crosses, which enables him to command his area effectively. When the situation demands, he will also often essentially fill the role of a sweeper when opposing players have beaten the offside trap or his team’s defensive line, by quickly rushing out of goal to anticipate opponents and clear the ball; his skill, speed and decision-making in this area enables his teams to maintain a high defensive line. Because of his unique playing style, Neuer has been described as a “sweeper-keeper”, and has been credited with revolutionising the role of the goalkeeper in modern times. He has also been praised by pundits for his positioning between the posts, as well as his ability in one-on-one situations; furthermore, he is effective at stopping penalties, and – uniquely for a goalkeeper – has also been known to take and score them in shoot-outs. A former outfield player in his youth, in addition to his goalkeeping ability, Neuer has also been praised for his excellent ball control and for his accurate distribution of the ball with both his hands and feet; his long throwing range and ability to kick the ball into deep areas with either foot enables him to the play the ball out on the ground or create plays or launch swift counter-attacks from the back. Regarding his technical skills on the ball in comparison to other players in his role, Neuer has stated that he could play in the German third division as a centre-back if so desired. Due to his leadership and vocal presence in goal, he also excels at communicating with his defenders and organising his team’s defensive line. 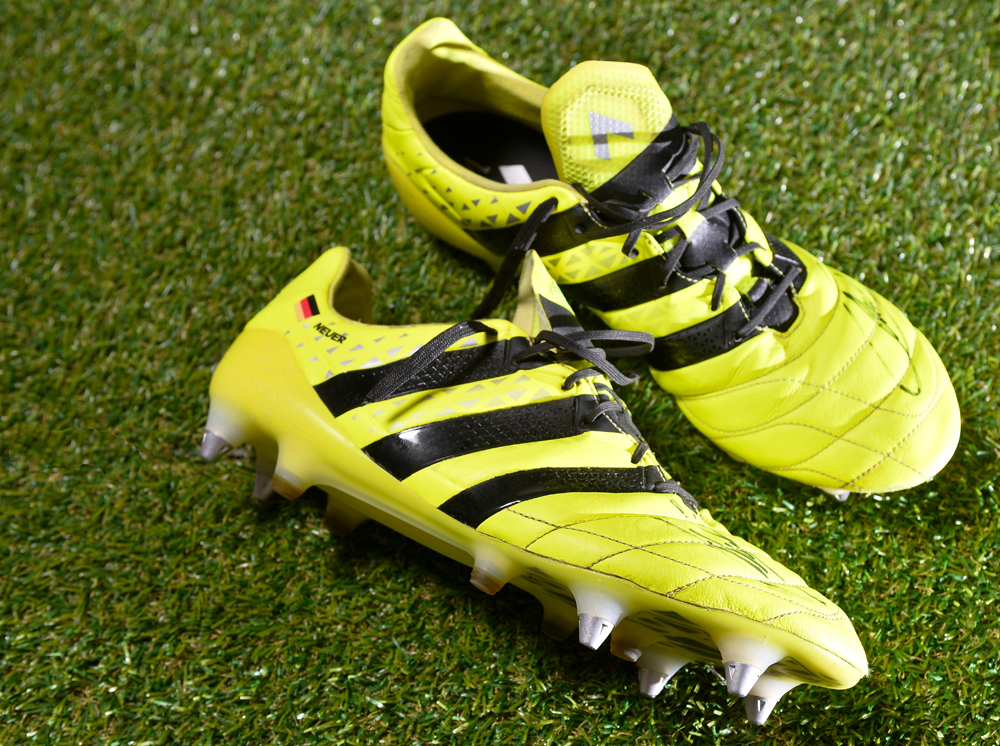 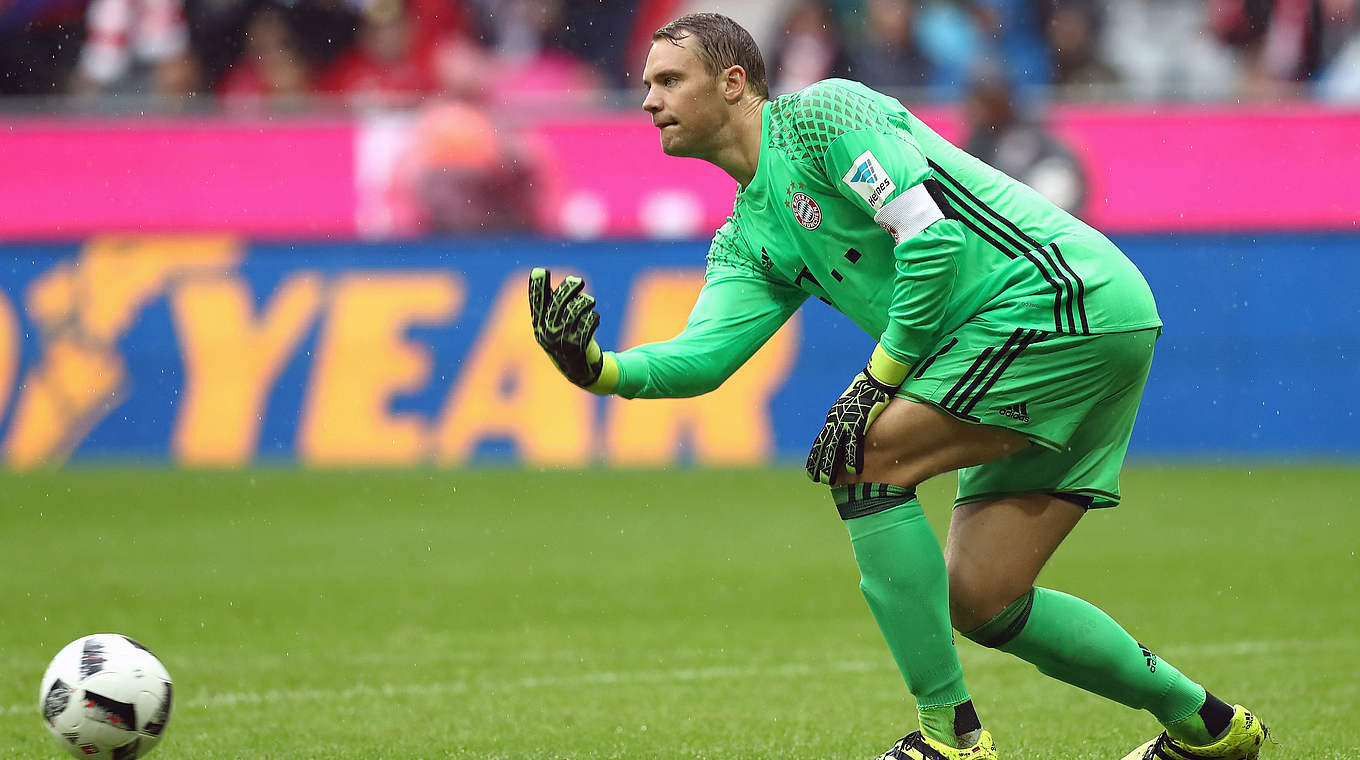 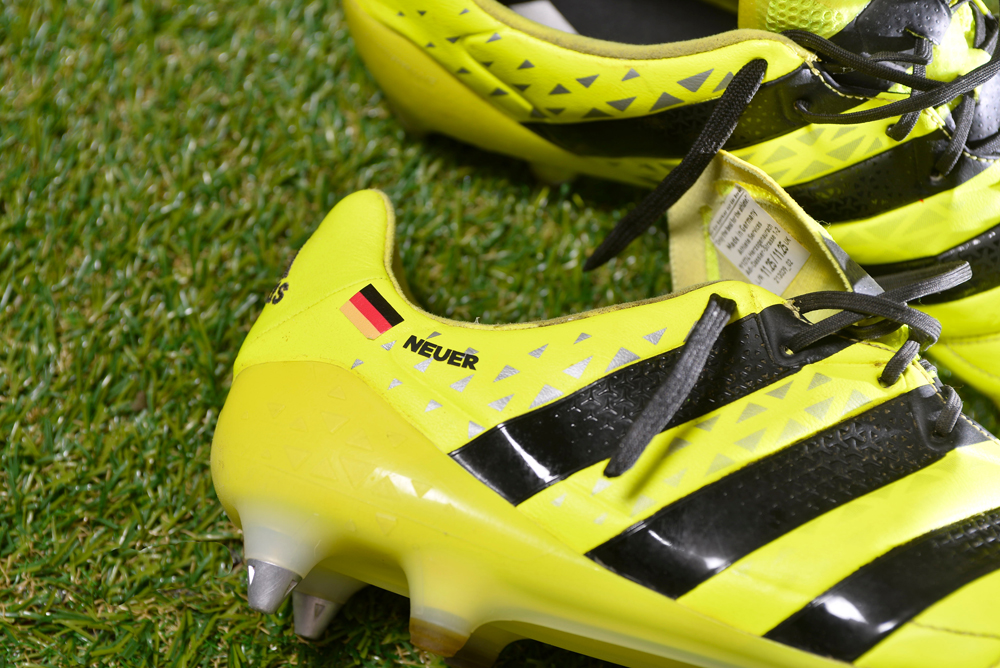 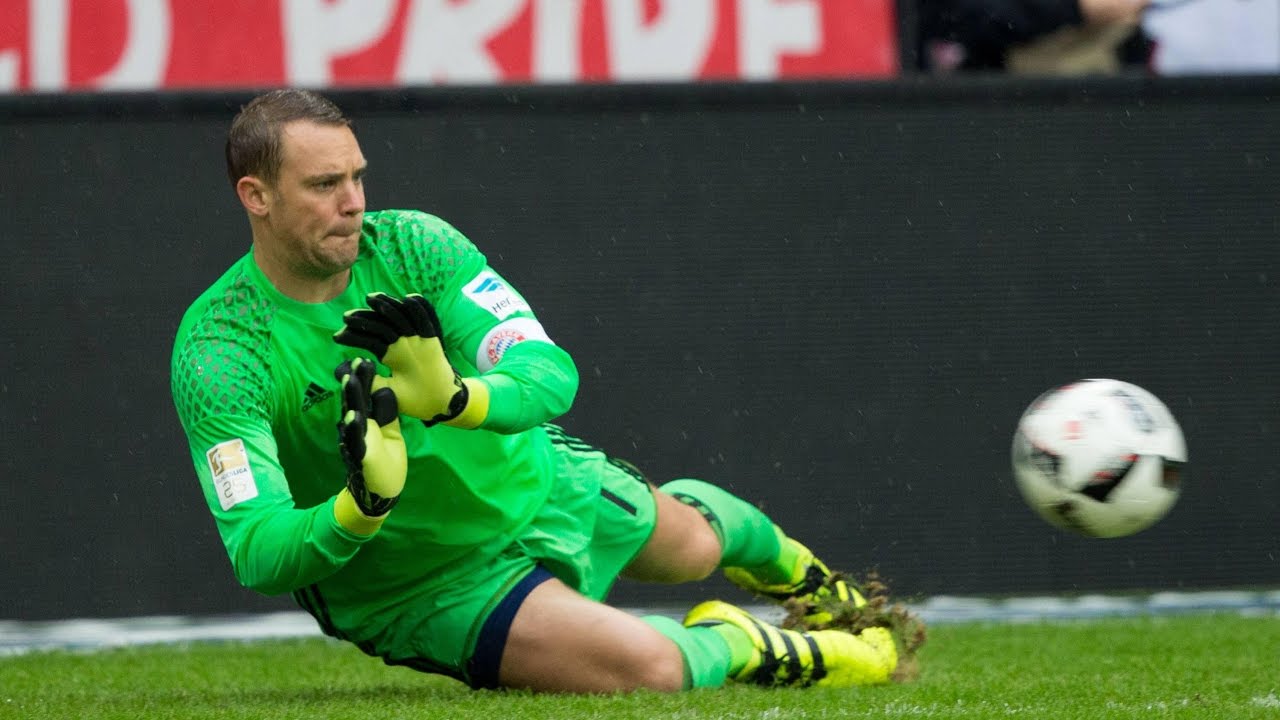 Grosso Grosso2020-11-22T21:51:18+00:00
Page load link
This site uses cookie technology, including third parties' ones. If you want to know more click here. If you access any element of this site outside this banner, you consent to the use of cookies. Ok
Go to Top