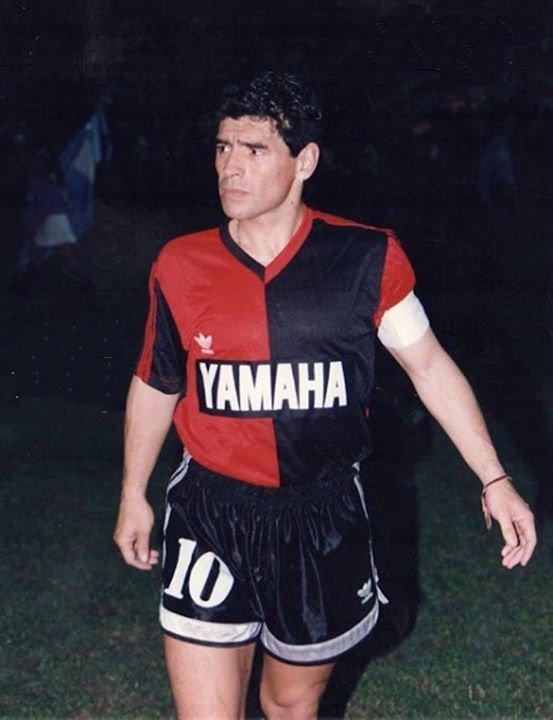 This shirt was worn by Diego Armando Maradona during the season 1993/1994. The shirt comes from a close friend of the player whom we got it from. It is a very special shirt, different from retail’s shirts with painted number and painted sponsors on chest and on the back that were not available in the shop’s shirts. After serving a 15-month ban for failing a drug test for cocaine, Maradona left Napoli in disgrace in 1992. Despite interest from Real Madrid and Marseille, he signed for Sevilla, where he stayed for one year. In 1993, he played for Newell’s Old Boys and in 1995 returned to Boca Juniors for a two-year stint. Maradona also appeared for Tottenham Hotspur in a testimonial match for Osvaldo Ardiles against Internazionale, shortly before the 1986 World Cup. In 1996, he played in a friendly match alongside his brother Raul for Toronto Italia against the Canadian National Soccer League All-Stars. Maradona was himself given a testimonial match in November 2001, played between an all-star World XI and the Argentina national team. 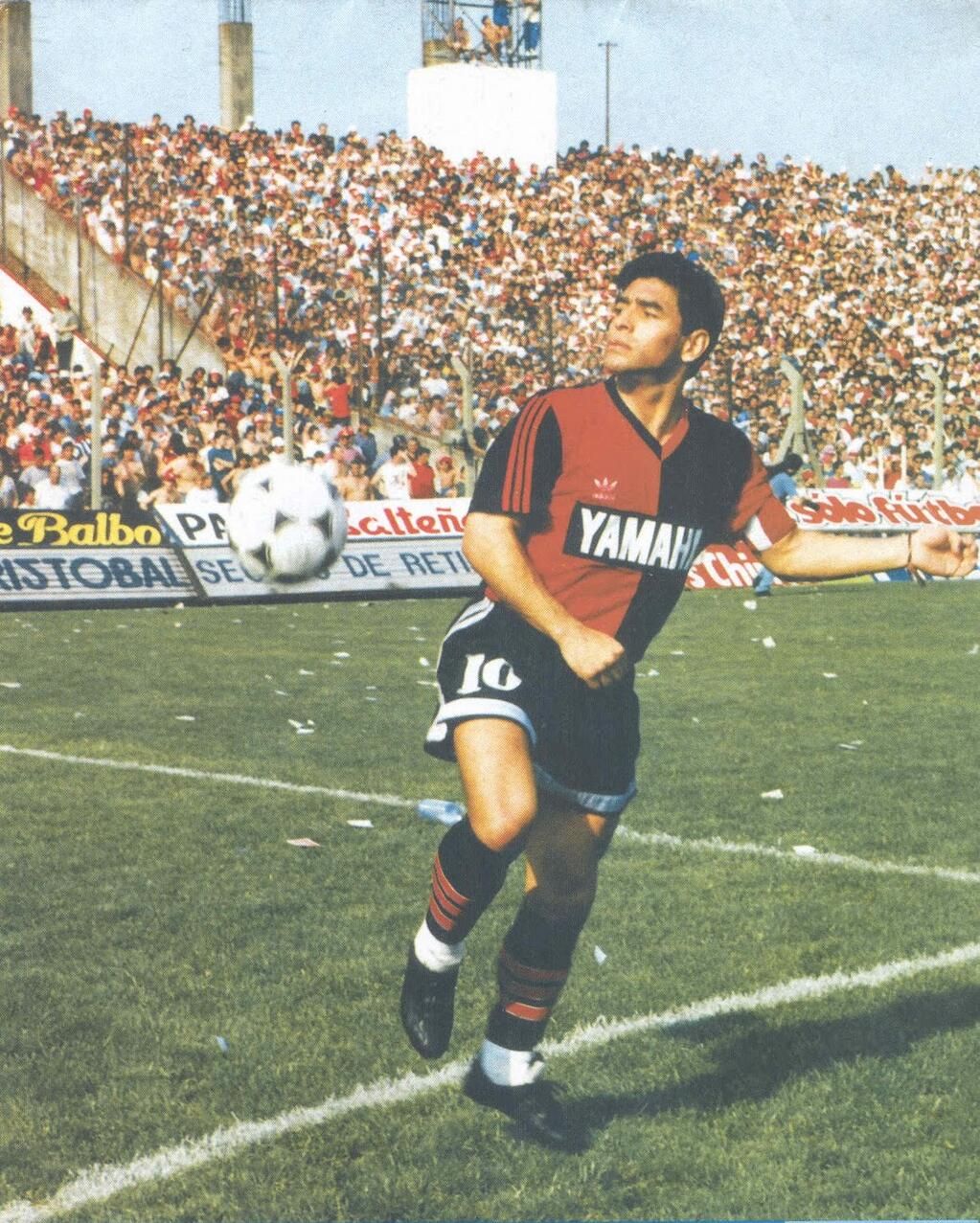 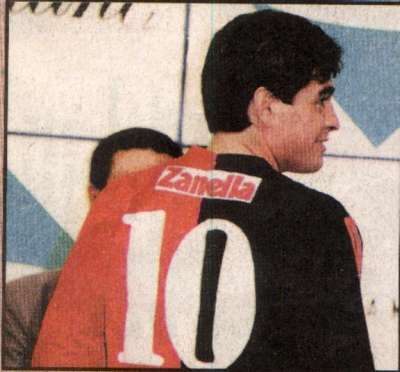 On November 29th 2020, four days after Diego Armando Maradona passed away, Barcelona F.C. played the La Liga game against Osasuna in Barcelona, “Camp Nou” Stadium. Barcelona defeated Osasuna 4-0 and Lionel Messi at the minute 73 scored the fourth team’s goal. Lionel Messi paid an emotional tribute to Diego Maradona by revealing a Newell’s Old Boys shirt after scoring the goal. The forward looked close to tears during the minute’s applause for Maradona, prior to the game kicking off. Upon finding the target, his first in open play this term, Messi took off his Barcelona shirt to reveal a Newell’s Old Boys jersey, with the No.10 on the back in tribute to Maradona. Messi pointed to the sky while displaying the Newell’s kit, in a show of emotion for his fellow Argentinian. In accordance with the rules, Messi was subsequently shown a yellow card for taking off his Barca shirt. Newell’s responded through their English Twitter account, saying: “It’s all about number 10. The best player in the world and his tribute to #D10S.” Messi spent a spell in his youth at Newell’s, a club Maradona represented for one year towards the end of his career. The pair shared the pitch together in 2005, in an exhibition match featuring some greats of Argentina football. Neither was anywhere near their peak, with Messi 18 and Maradona 45, but they had great respect for each other’s talents. Maradona coached Messi for a spell at international level, when he was in charge of the Argentina team from 2008 to 2010. Along with Pele, Maradona and Messi are in the conversation over the greatest footballer of all time – although the latter once dismissed any comparison between himself and the two. “Even if I played for a million years, I’d never come close to Maradona,” Messi said. “Not that I’d want to anyway. He’s the greatest there’s ever been.” 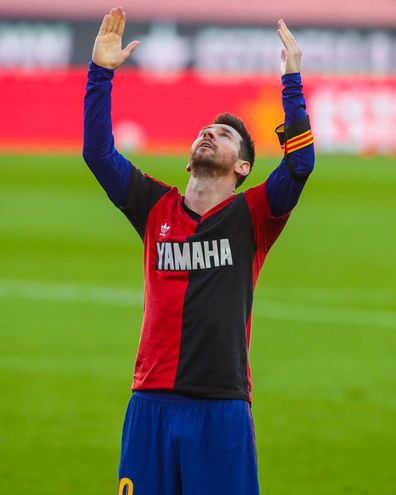 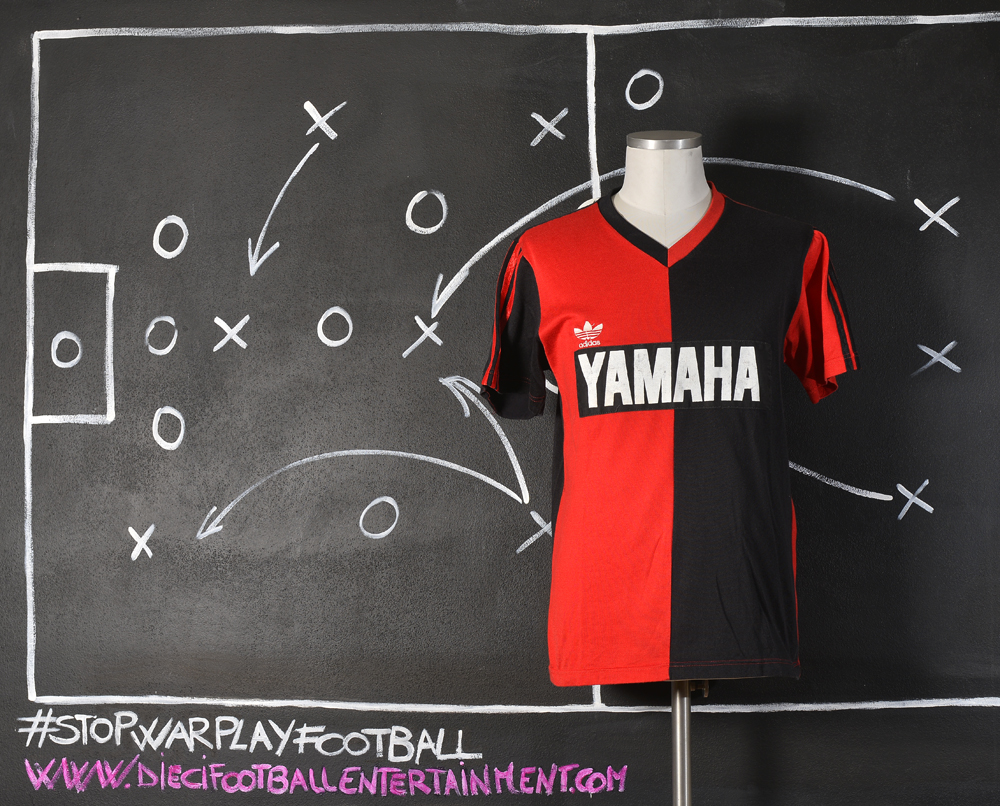 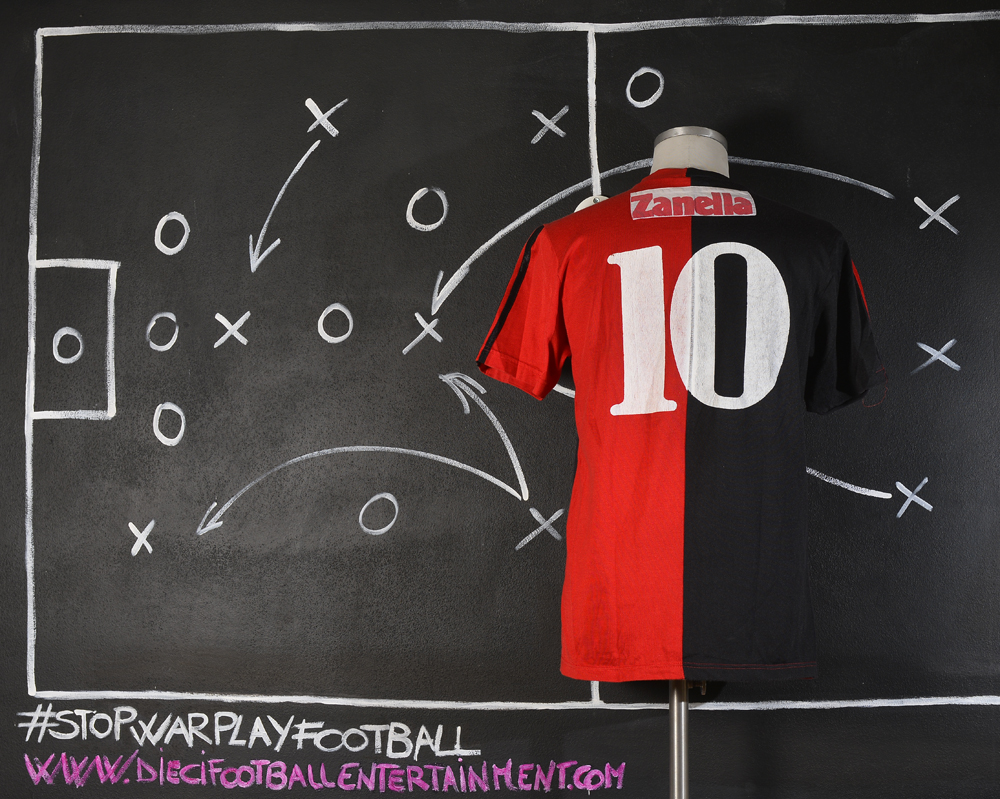 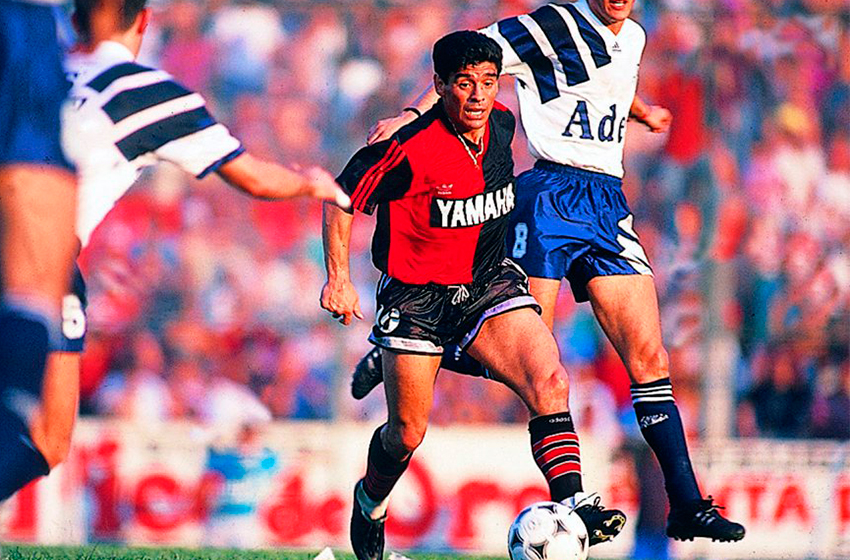 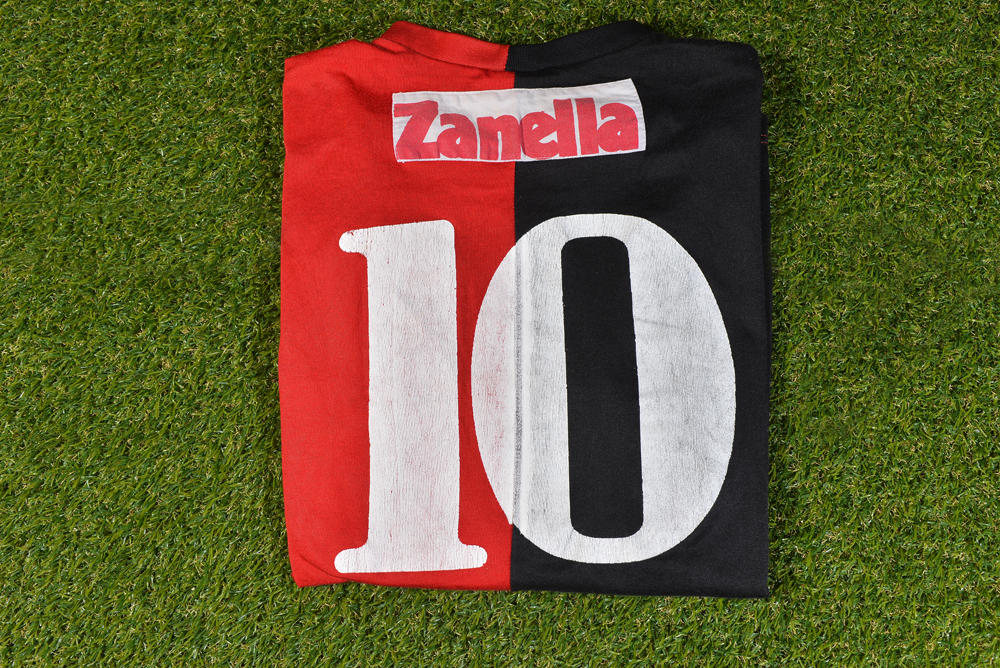 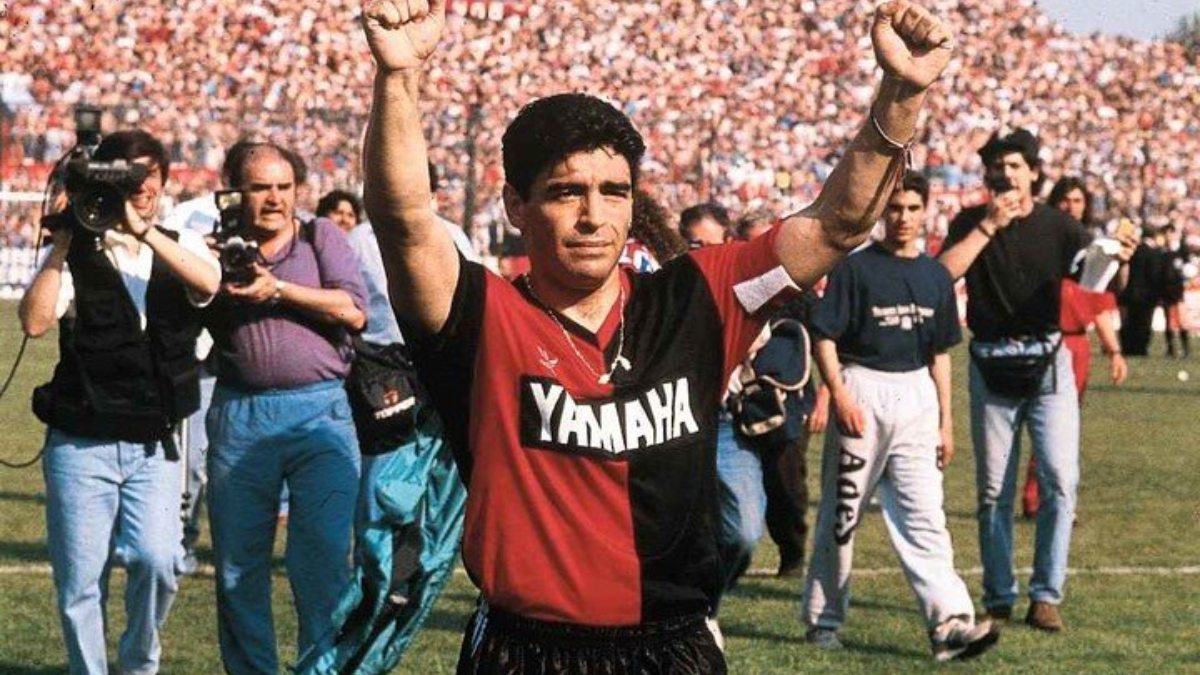 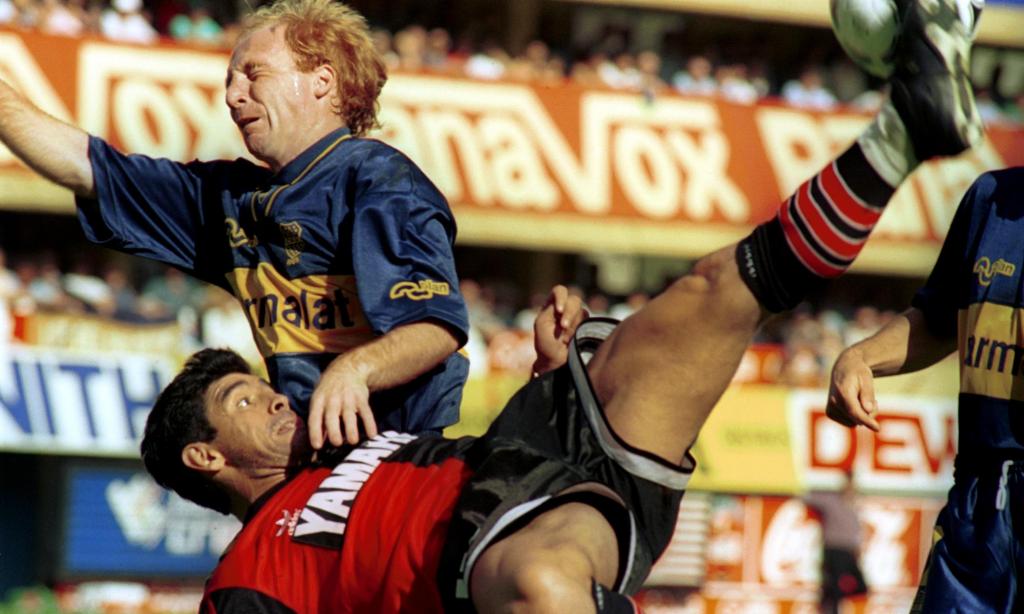 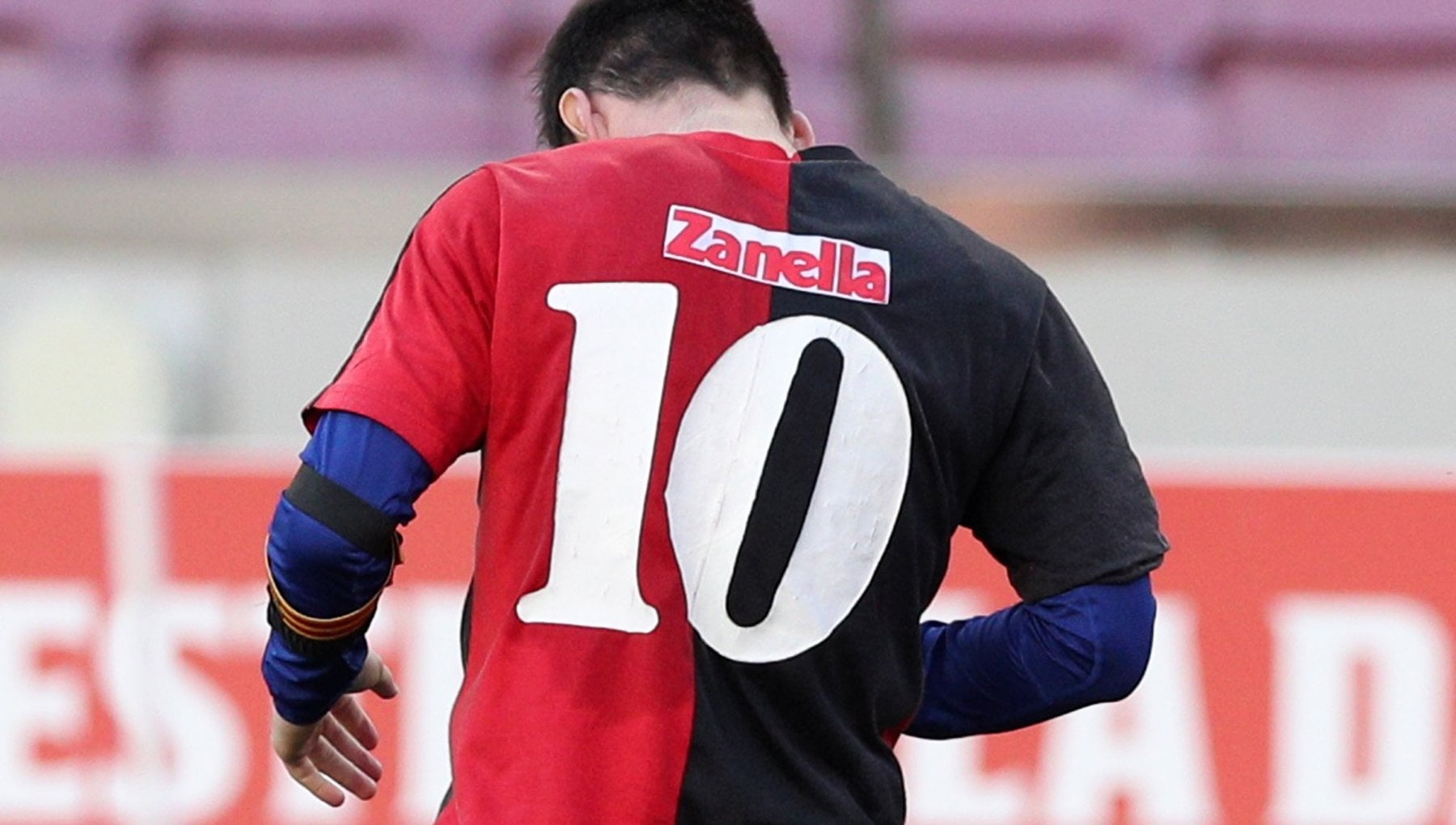 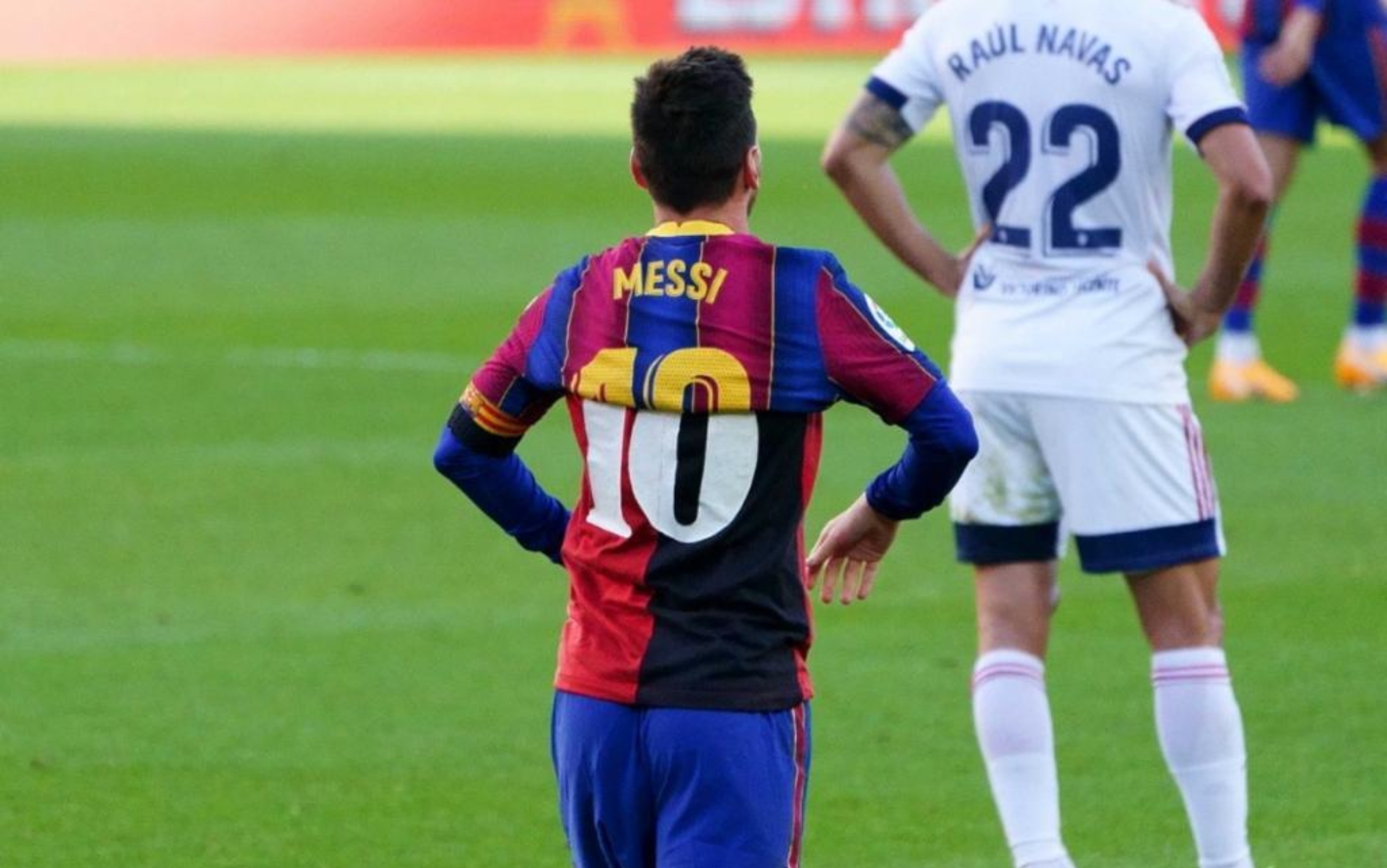 Grosso Grosso2021-02-06T11:22:52+00:00
Page load link
This site uses cookie technology, including third parties' ones. If you want to know more click here. If you access any element of this site outside this banner, you consent to the use of cookies. Ok
Go to Top