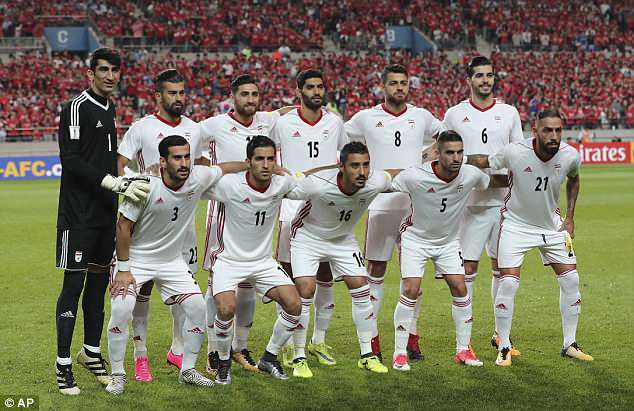 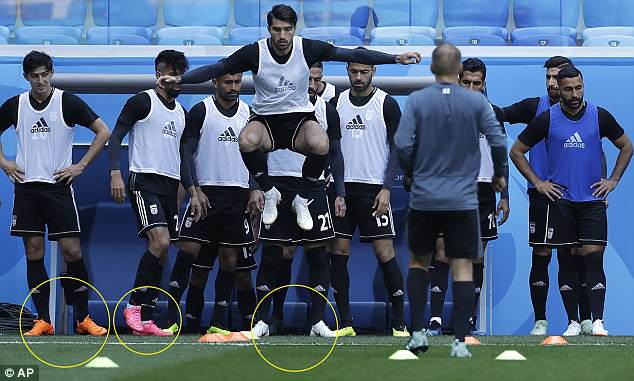 Iran footballers who usually wear Nike boots now have to buy their own pairs or borrow from colleagues at the Russia World Cup, following a political fallout which has seen new US sanctions imposed upon the country. Sportswear giants Nike have pulled their supply of boots for the team because of the fresh sanctions imposed by America after pulling out of the nuclear agreement, leaving those Iran players accustomed to their model of footwear with a dilemma. In May, President Donald Trump announced the US would withdraw from the nuclear deal between Iran and world powers and vowed to reimpose economic sanctions which were waived back in 2015, when the deal was signed. As a result, many companies have decided to suspend their dealings with the Middle Eastern country, with Nike among the biggest to do so. The developments left Iran national manager Carlos Queiroz fuming on the eve of their first fixture of the tournament. Several first-team players were wearing the brand’s boots during a training session in Saint Petersburg on Thursday, but had to buy them beforehand from Russian sports shops.’US sanctions mean that, as a US company, Nike cannot supply shoes to players in the Iranian national team at this time,’ the national team put out in a statement, which was reported by ESPN.’Sanctions applicable to Nike have been in place for many years and are enforceable by law,’ the statement added. Companies in violation of the law could face hefty fines in the US.Speaking out on the situation, manager Queiroz insists it is unfair his players should have their preparations disrupted and be left without supplies they are familiar with on the eve of a huge tournament.

Grosso Grosso2018-06-15T16:50:14+00:00
Page load link
This site uses cookie technology, including third parties' ones. If you want to know more click here. If you access any element of this site outside this banner, you consent to the use of cookies. Ok
Go to Top