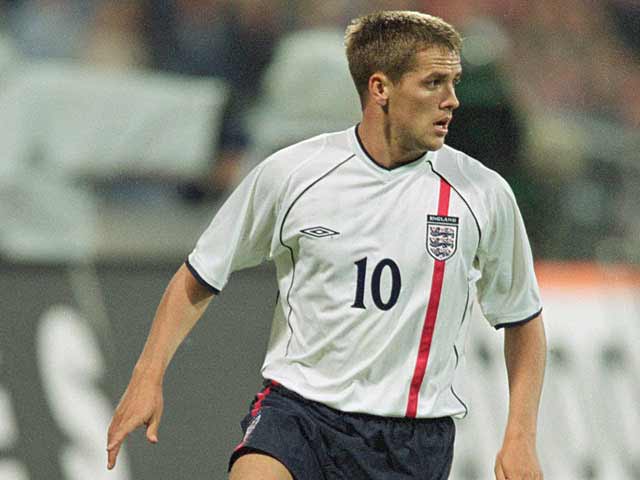 Michael James Owen is an English former footballer who played as a striker for Liverpool, Real Madrid, Newcastle United, Manchester United and Stoke City, as well as for the England national team. Since retiring from football, he has become a successful racehorse breeder and owner. The son of former footballer Terry Owen, Owen was born in Chester and began his senior career at Liverpool in 1996. He progressed through the Liverpool youth team and scored on his debut in May 1997. In his first full season in the Premier League, he finished as joint top scorer with 18 goals. He repeated this the following year and was Liverpool’s top goal-scorer from 1997–2004, gaining his name as a proven goal-scorer despite suffering from a recurring hamstring injury. In 2001, Liverpool won a cup treble of the UEFA Cup, FA Cup and Football League Cup, and Owen was the recipient of the Ballon d’Or. He went on to score 118 goals in 216 appearances in the Premier League for Liverpool, and 158 goals in 297 total appearances. Regarded as one of the greatest Liverpool players, Owen came 14th in the “100 Players Who Shook The Kop”, an official Liverpool fan poll. In 2004, Owen was named by Pelé in the FIFA 100 list of the world’s greatest living players. Owen moved to Real Madrid for £8 million in mid-2004; he was frequently used as a substitute. He scored 13 goals in La Liga before returning to England the following season where he joined Newcastle United for £16 million. After a promising start to the 2005–06 season, injuries largely ruled him out over the next 18 months. After his return, he became team captain and was the team’s top scorer for the 2007–08 season. Newcastle were relegated in the 2008–09 season and Owen moved to Manchester United as a free agent. He spent three years at Old Trafford before joining Stoke City in September 2012. Owen is one of eight players to have scored 150 or more goals in the Premier League. He is also the youngest player to have reached 100 goals in the Premier League. On 19 March 2013, Owen announced his retirement from playing at the end of the 2012–13 season. Internationally, Owen first played for the senior England team in 1998, becoming England’s youngest player and youngest goalscorer at the time. His performance at the 1998 FIFA World Cup brought him to national and international prominence and he went on to score in UEFA Euro 2000, the 2002 World Cup and Euro 2004. He is the only player to have scored in four major tournaments for England. He played at the 2006 World Cup, but suffered an injury which took him a year to recover from. Occasionally playing as captain, he is England’s 11th-most-capped player and has scored a former national record (since overtaken by Wayne Rooney) of 26 competitive goals, with 40 in total from 89 appearances, most recently in 2008. 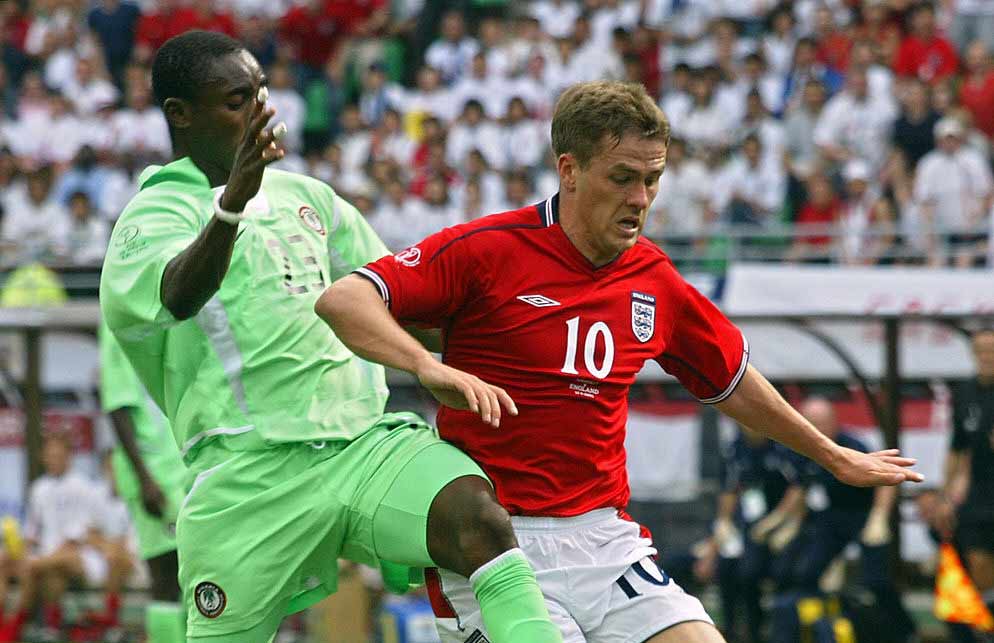 Owen was capped 89 times for England and scored 40 goals. He is fifth in the list of all-time top scorers for the England team, behind Wayne Rooney (53), Bobby Charlton (49), Gary Lineker (48) and Jimmy Greaves (44). He is also England’s second-highest goalscorer in competitive international matches, behind Rooney. His 89 caps also place him as England’s eleventh most capped player. Owen played for England at the 1998, 2002 and 2006 FIFA World Cups and the 2000 and 2004 UEFA European Championships. He scored goals in all but one of these tournaments, making him the only player ever to have scored in four major tournaments for England. He is one of only eleven England players to have appeared in three World Cups. 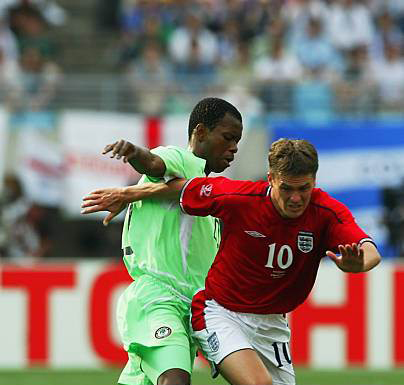 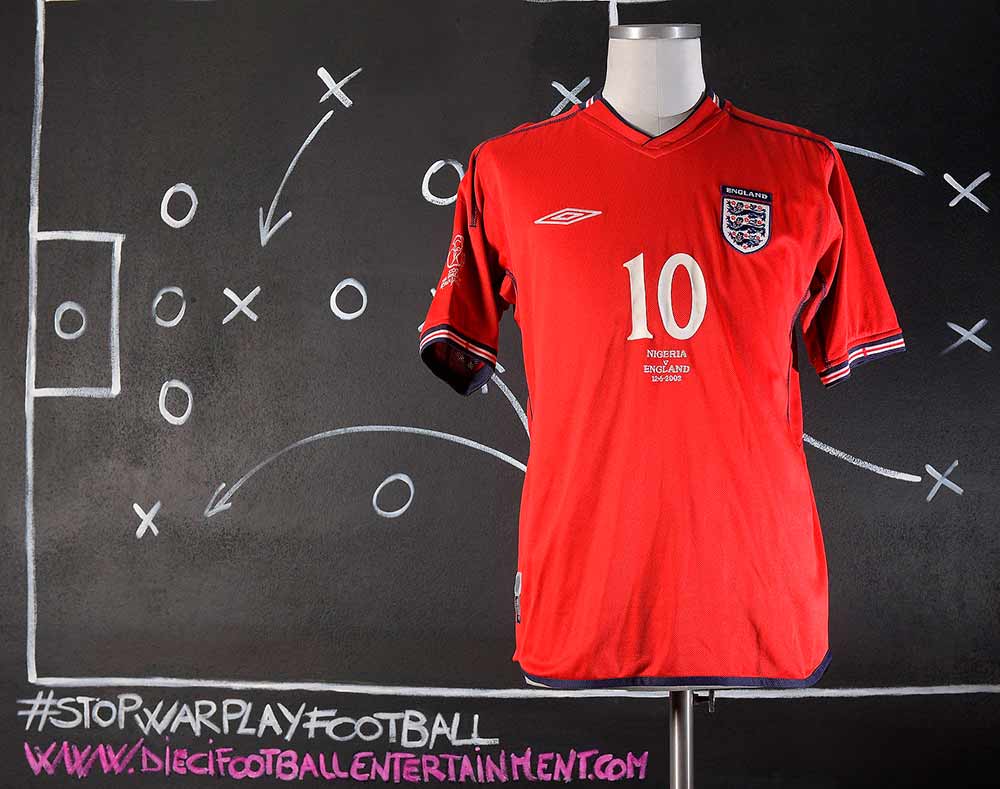 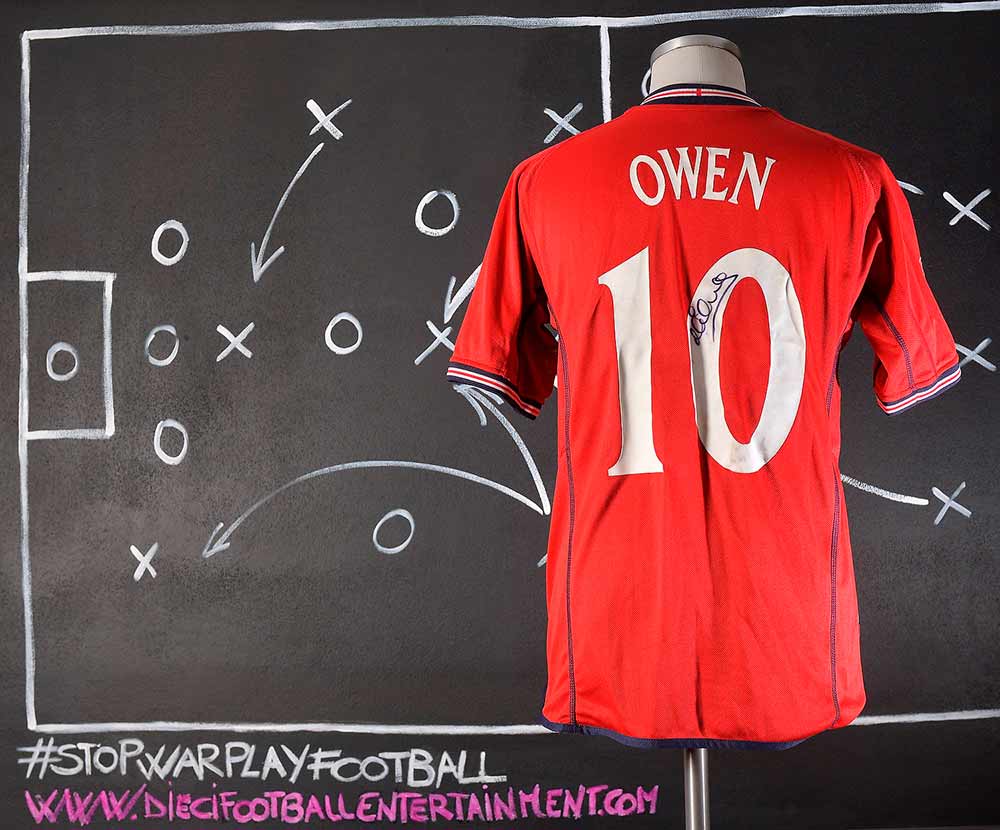 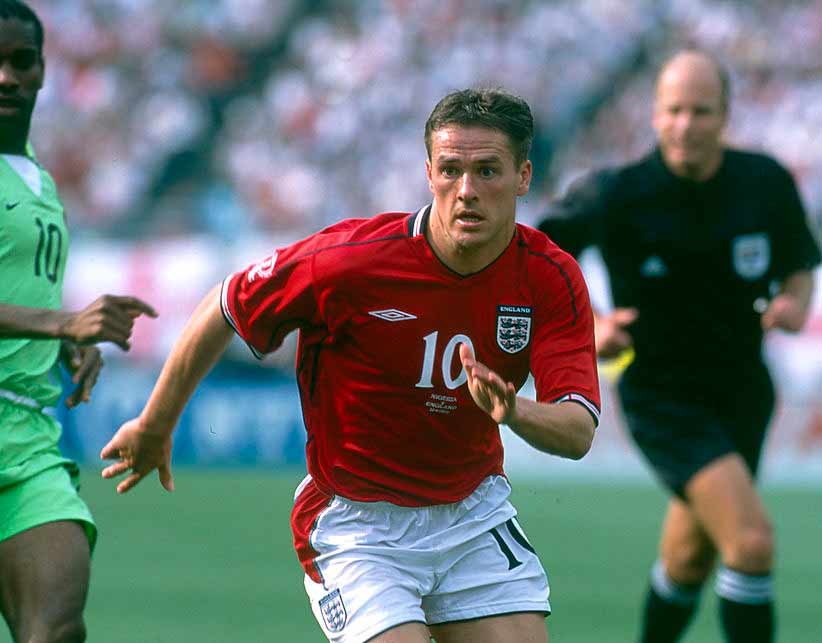 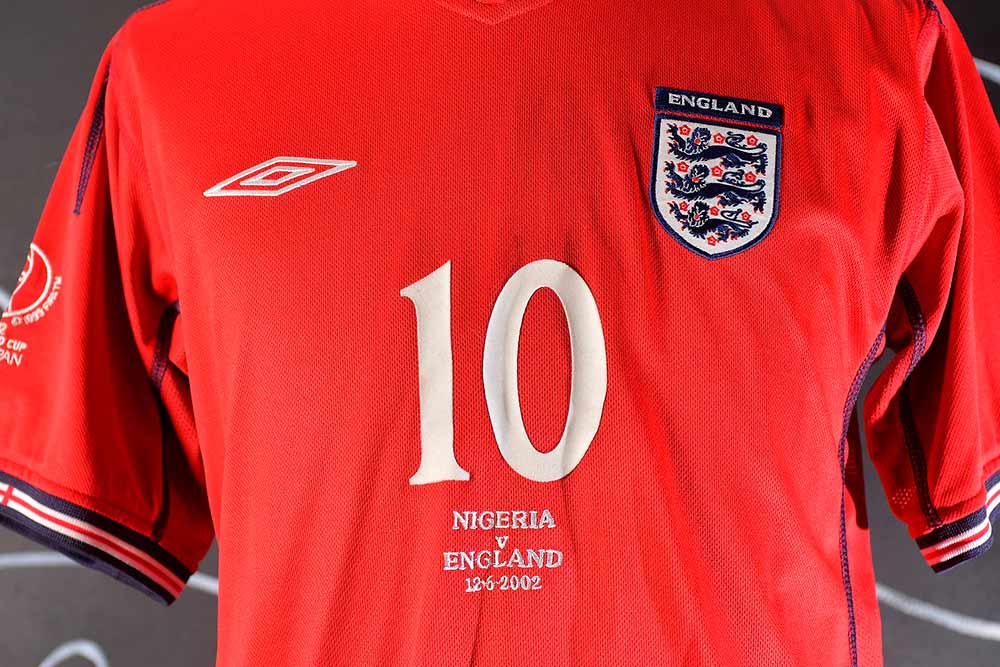 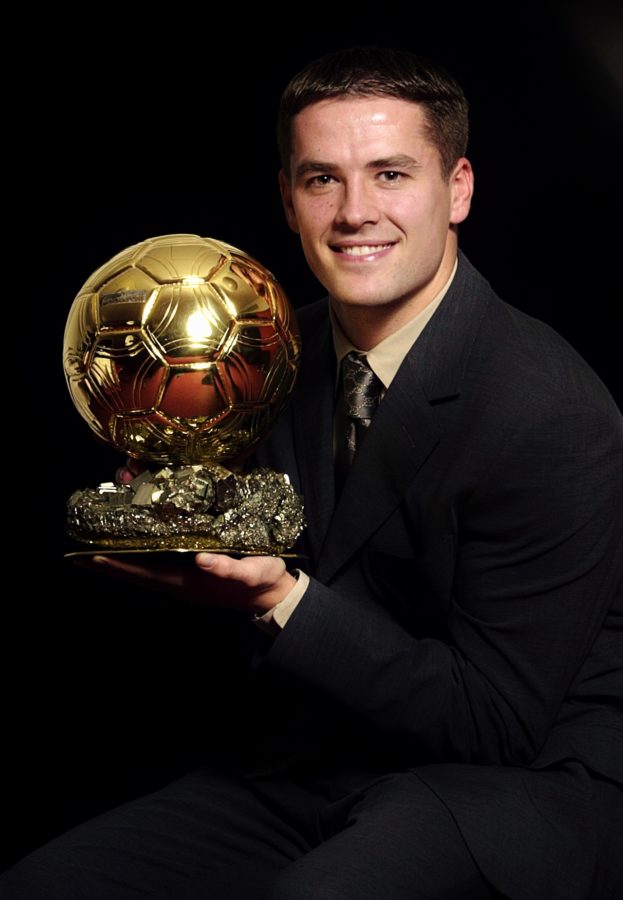 Owen had a highly successful record at Youth level, playing for the England under-20 team at the 1997 FIFA World Youth Championship and scoring three goals in four games. He played once for the England under-21 team, scoring in a win over Greece at Carrow Road. He made his debut for the England senior team in a 2–0 friendly loss to Chile on 11 February 1998. This made Owen the youngest player to represent England in the 20th century at 18 years and 59 days of age. Owen’s youthful enthusiasm, pace and talent made him a popular player across the country, and many fans were keen for him to be selected for the 1998 World Cup in France. In a pre-World Cup friendly against Morocco, Owen scored his first goal for England. The goal also made him the youngest ever player to have scored for England, until his record was surpassed by Wayne Rooney in 2003. In his prime, Owen was highly regarded for his great pace, opportunism and agility, as well as his technical ability and his eye for goal, which enabled him to be considered as one of the greatest English and Premier League strikers of his generation. A prolific goalscorer, Owen was a powerful and accurate finisher, who was also effective with his head, despite his lack of height. He was also capable of creating chances for teammates due to his short passing ability and vision. Despite his precocious talent in his youth, Owen faced many injuries throughout his career, which later affected his pace, fitness, mobility and the overall consistency of his performances. In 2001, Liverpool won a cup treble of the UEFA Cup, FA Cup and Football League Cup, and Owen was the recipient of the Ballon d’Or. 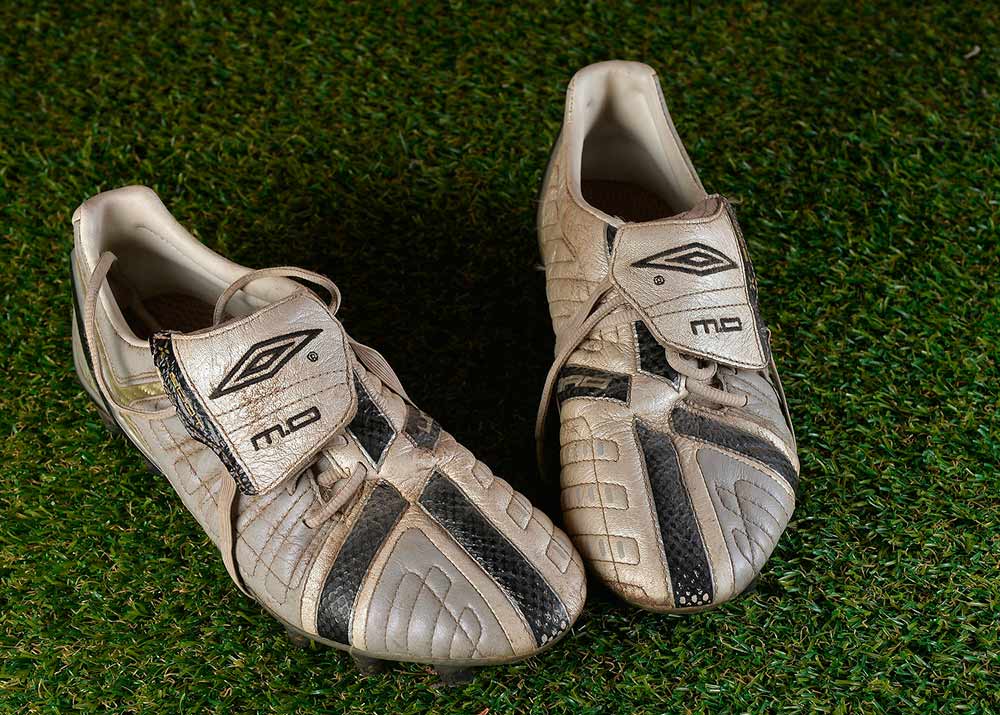 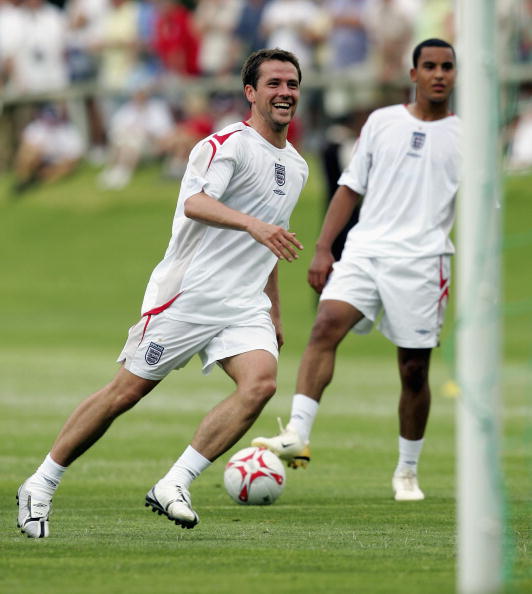 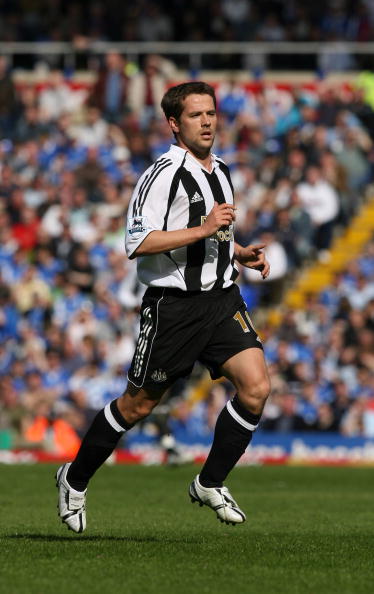 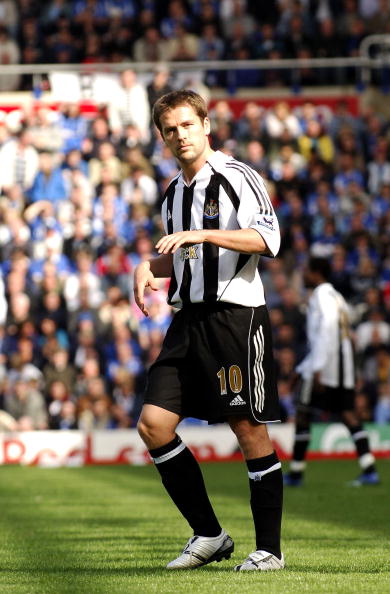 After Owen returned to the UK to play for Newcastle, he travelled to a nearby BAE facility on a daily basis in order to fly, by helicopter, to train with his club. However, there is now a helipad installed within the grounds of the house to accommodate Owen’s Eurocopter Dauphin, with which he both travels and is training to become a pilot. Owen was eventually banned from training to be a pilot by Newcastle United due to excessive insurance premiums. 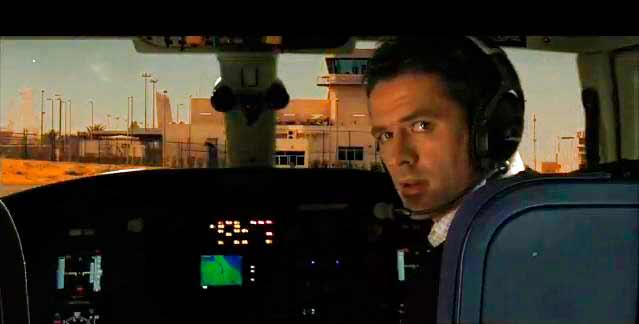 Grosso Grosso2017-10-16T12:56:41+00:00
Page load link
This site uses cookie technology, including third parties' ones. If you want to know more click here. If you access any element of this site outside this banner, you consent to the use of cookies. Ok
Go to Top