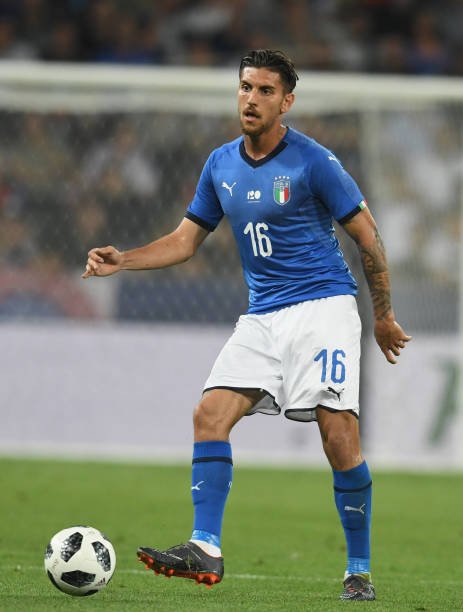 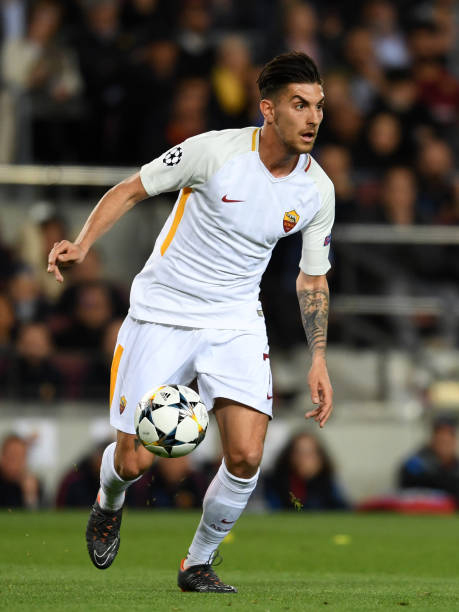 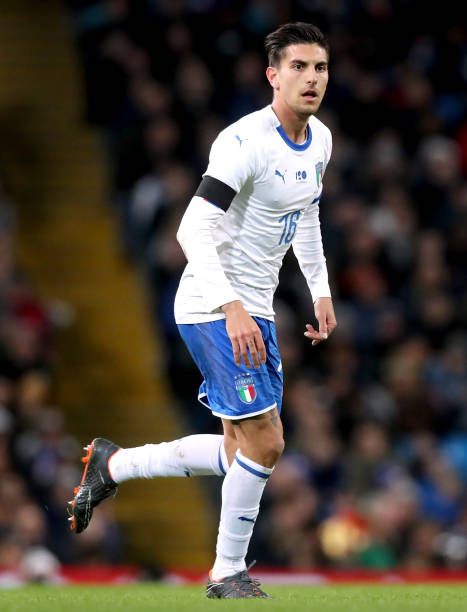 These boots were worn by Lorenzo Pellegrini during the season 2017-2018 with A.S.Roma and Italy National team. The boots come from the player himself as you can see from the picture below with Pellegrini holding the boots and they were auctioned by him through a Charity Organization which we got them from. 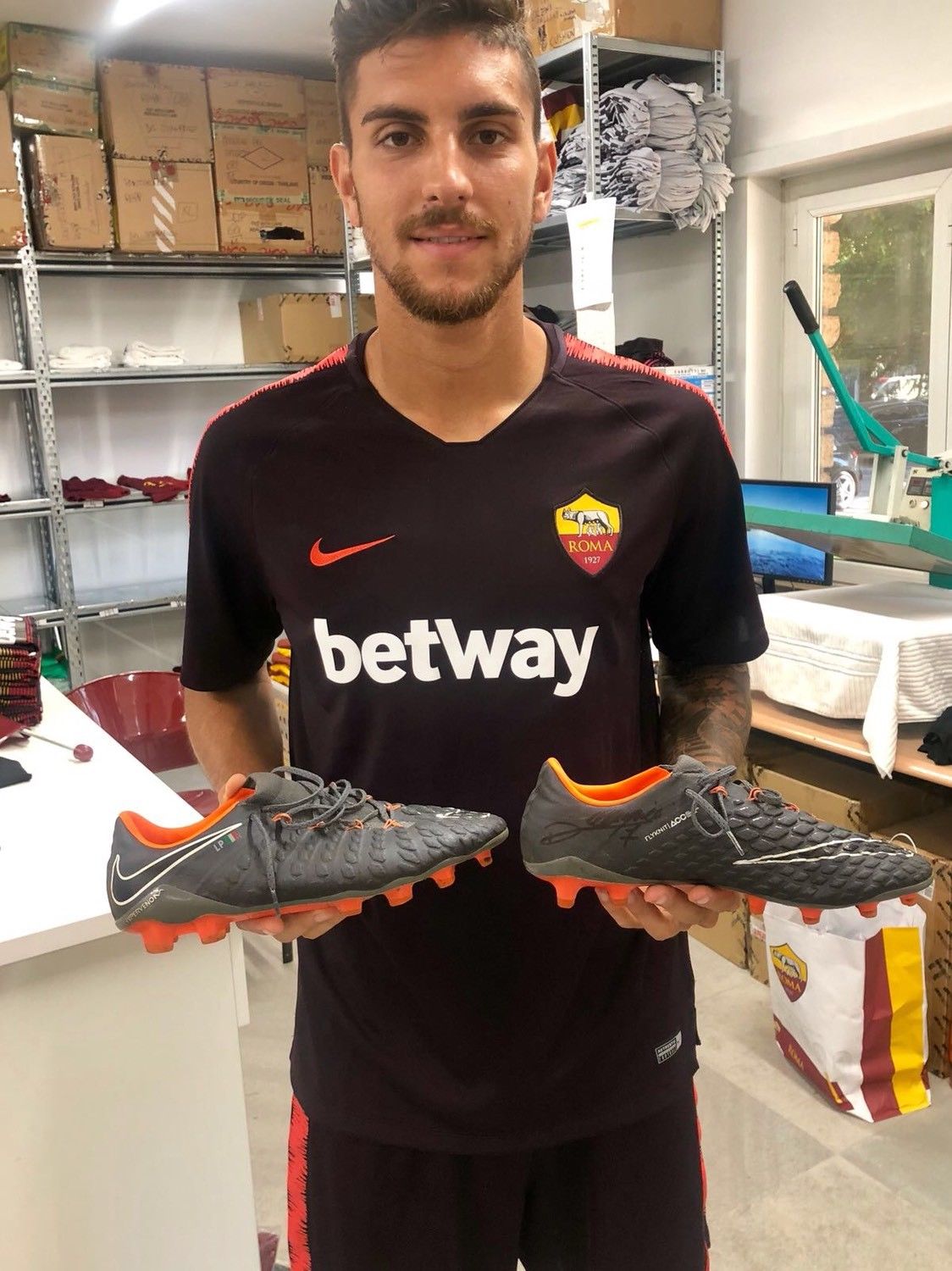 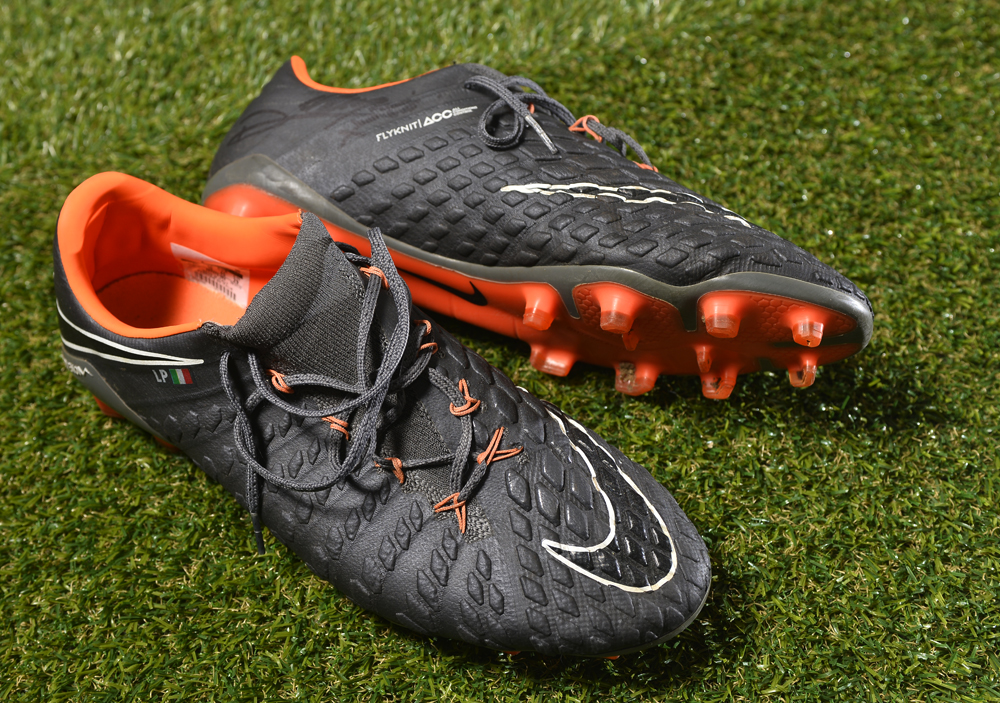 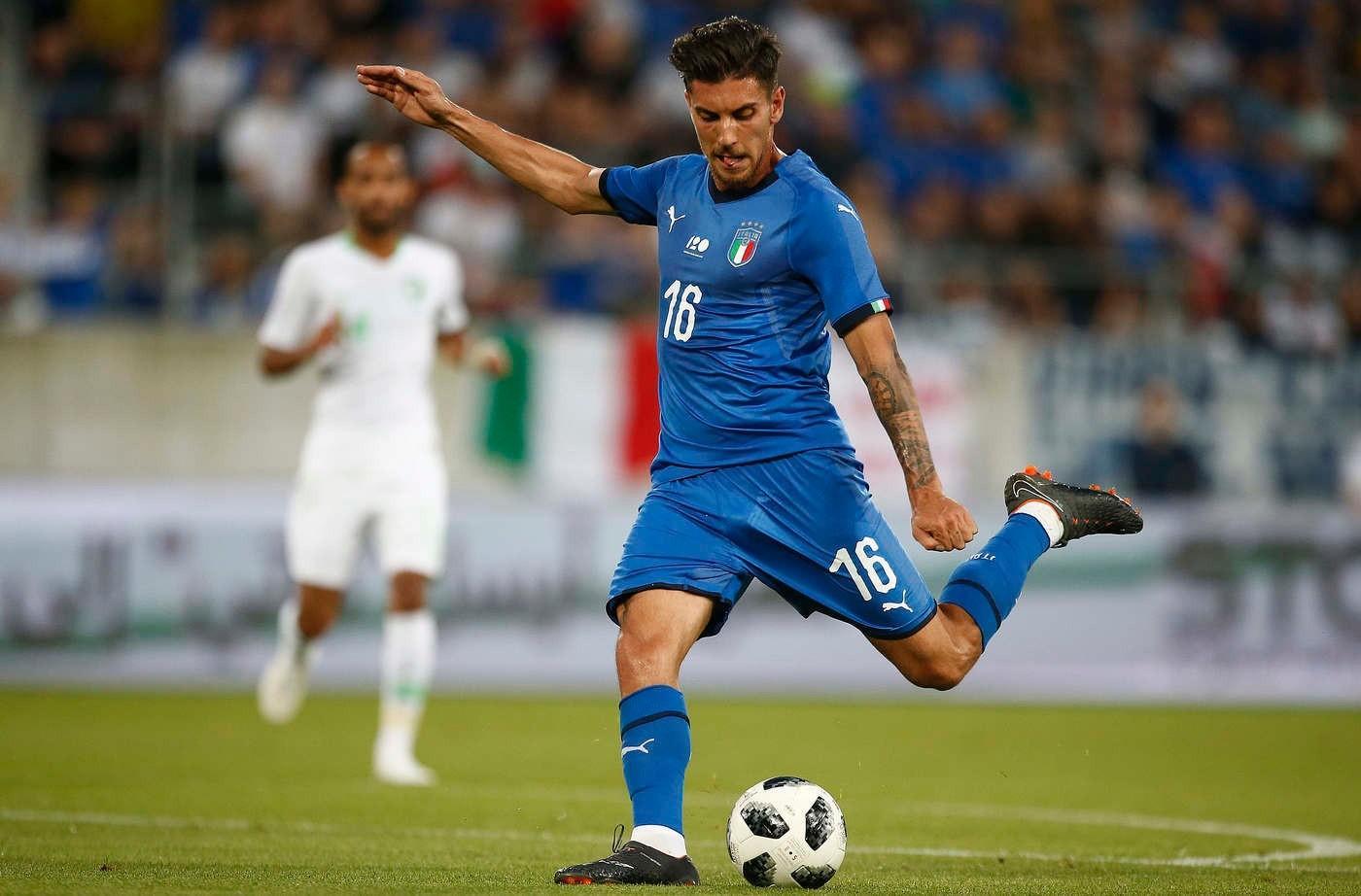 Regarded as a promising young player, from a tactical standpoint, Pellegrini’s natural role is that of a central midfielder, who can be deployed in any position in a three-man midfield, although he is also capable of playing as an attacking midfielder and as a defensive midfielder. A tall, physically strong, yet agile, dynamic, energetic, and hard-working midfielder, his main characteristics are his stamina, ball control, movement, flair, and ability to make attacking runs into the penalty area from behind, as well as his eye for goal, and his striking ability from distance with either foot, despite being naturally right-footed. A former central defender in his youth, he is also an effective ball-winner, which enables him to break down possession, while his vision and technical skills allow him subsequently to carry or distribute the ball and provide assists for his teammates. His wide range of skills thus enable him to contribute at both ends of the pitch, and make him effective in linking both the defensive and offensive aspects of the game in a box-to-box role. Pellegrini has represented Italy at various youth levels. He made his debut for the U19 side against Germany in March 2014. He then enjoyed a brief spell with the U20’s in 2015 before making his U21 debut against France on 2 June the following year. He made his first appearance for the senior side in an 8–0 victory over San Marino in an unofficial friendly match on 31 May 2017, coming on as a half time substitute for Daniele Baselli. His official debut followed on 11 June when he appeared in Italy’s 5–0 home win over Liechtenstein in a 2018 World Cup qualifier. Later that month, he was included in the Italy under-21 squad for the 2017 UEFA European Under-21 Championship by manager Luigi Di Biagio. On 19 June, he scored the nation’s first goal at the tournament, netting from a bicycle kick in a 2–0 win over Denmark. 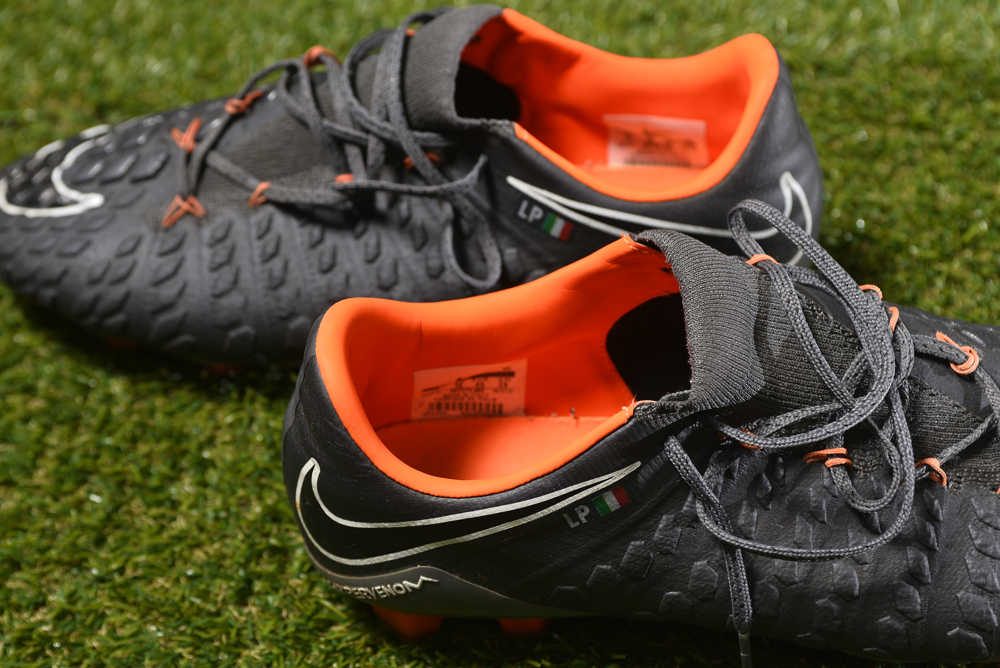 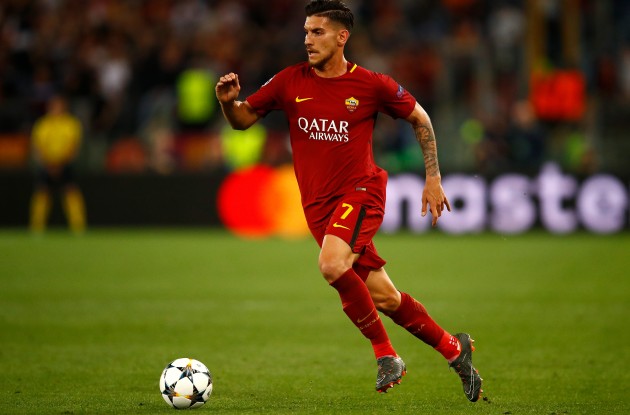 Grosso Grosso2020-08-09T12:42:26+00:00
Page load link
This site uses cookie technology, including third parties' ones. If you want to know more click here. If you access any element of this site outside this banner, you consent to the use of cookies. Ok
Go to Top