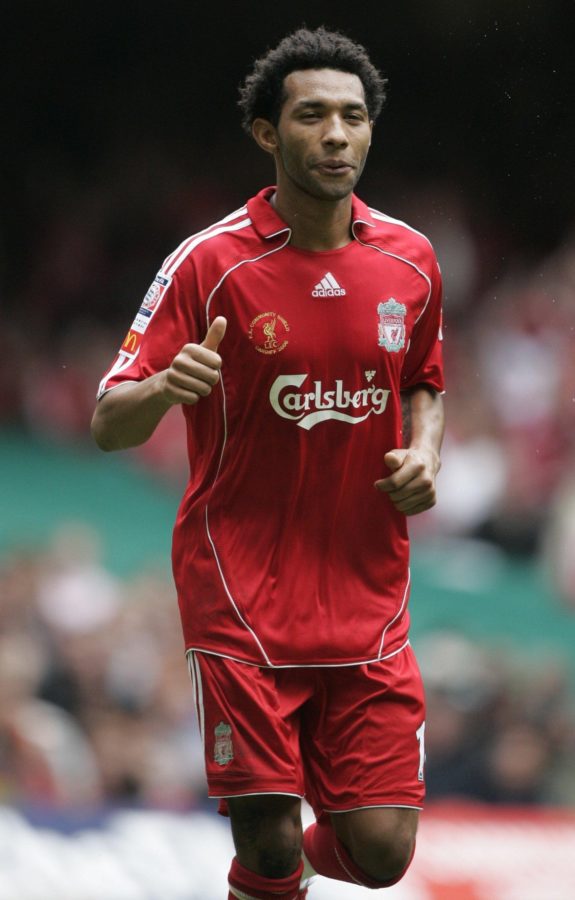 Jermaine Lloyd Pennant is an former English footballer who last played as a winger for Billericay Town. Pennant has made over 300 appearances for 15 clubs, and has scored 24 goals to date. Born in Nottingham, Pennant played for his local side Notts County as a youngster. He earned promising reviews in the youth team at County and Arsenal signed him in 1999. He struggled to make much of an impact at the North London club and spent time on loan at Watford, Leeds United and Birmingham City before joining the latter permanently. While an Arsenal player, he won 24 caps for the England under-21 team. He gained notoriety in 2005, when he had to play a match while on probation – he played while wearing an electronic tag following a drink-driving conviction. Following Birmingham’s relegation in 2006, Pennant signed for Liverpool for a fee of £6.7 million. He won the 2006 FA Community Shield and also played a vital role in the club’s run to the 2007 UEFA Champions League final, where Liverpool lost 2–1 to Milan. However, off-field problems continued to affect Pennant and consequently led to him being left out of the side. He joined Portsmouth on loan before leaving to join Spanish side Real Zaragoza in 2009. His time in Spain was overshadowed by disciplinary problems. He returned to the Premier League for the 2010–11 season signing on loan at Midlands club Stoke City. Following a successful loan spell, he signed a permanent contract at Stoke in December 2010. He played in the 2010 FA Cup final, Stoke losing 1–0 to Manchester City, and also played in the UEFA Europa League the following season. Pennant fell out of favour with Tony Pulis in 2012–13 and spent time out on loan at Wolverhampton Wanderers. With his Stoke career looking to be coming to an end, new manager Mark Hughes gave Pennant a new contract. However, after failing to make an impact, he left Stoke in January 2014. He then spent time playing in India with Pune City before returning to England to sign a short-term contract with Wigan Athletic. In January 2016, he signed a one-year deal with Singapore S.League club Tampines Rovers. 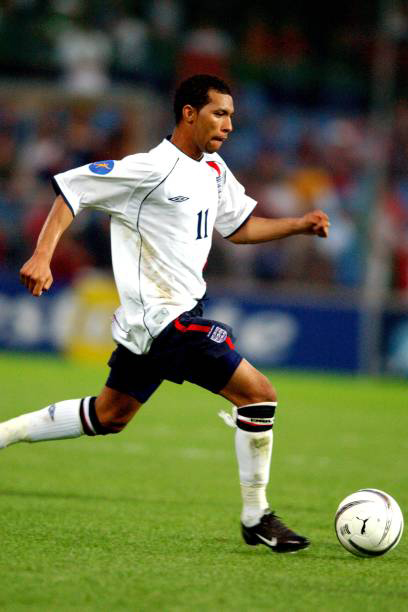 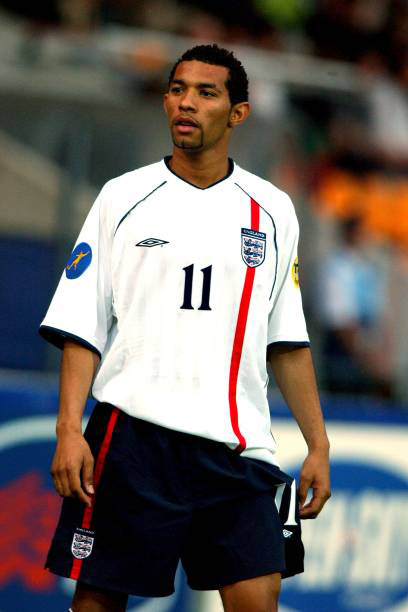 While on the England under-21 team, Pennant was sent home by head coach David Platt for breaking a curfew before an important match against Turkey. He later apologized for his actions. He also was sent-off for punching Niko Kranjčar in a match against the Croatia under-21s. However, he did manage to make 24 appearances for the U21s in total, making him one of the ten most-capped Englishmen at this level. Despite being of Jamaican and Irish descent, he has so far opted to represent England internationally; although he has played at under-21 level, he has not played for the senior team. In March 2011, Pennant revealed that though he would still “love to play for England”, he had made the Football Association of Ireland aware he was interested in representing the Republic of Ireland, saying, “If I’ve got a chance to play international football with Ireland, I’m going to take it with both hands.” 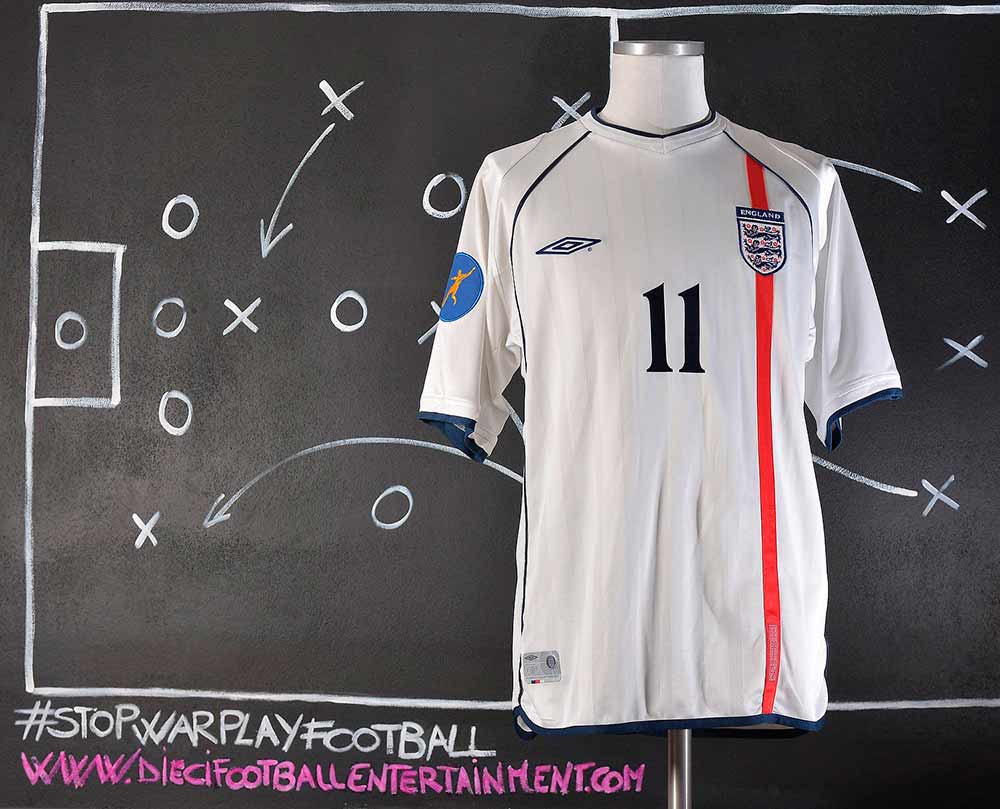 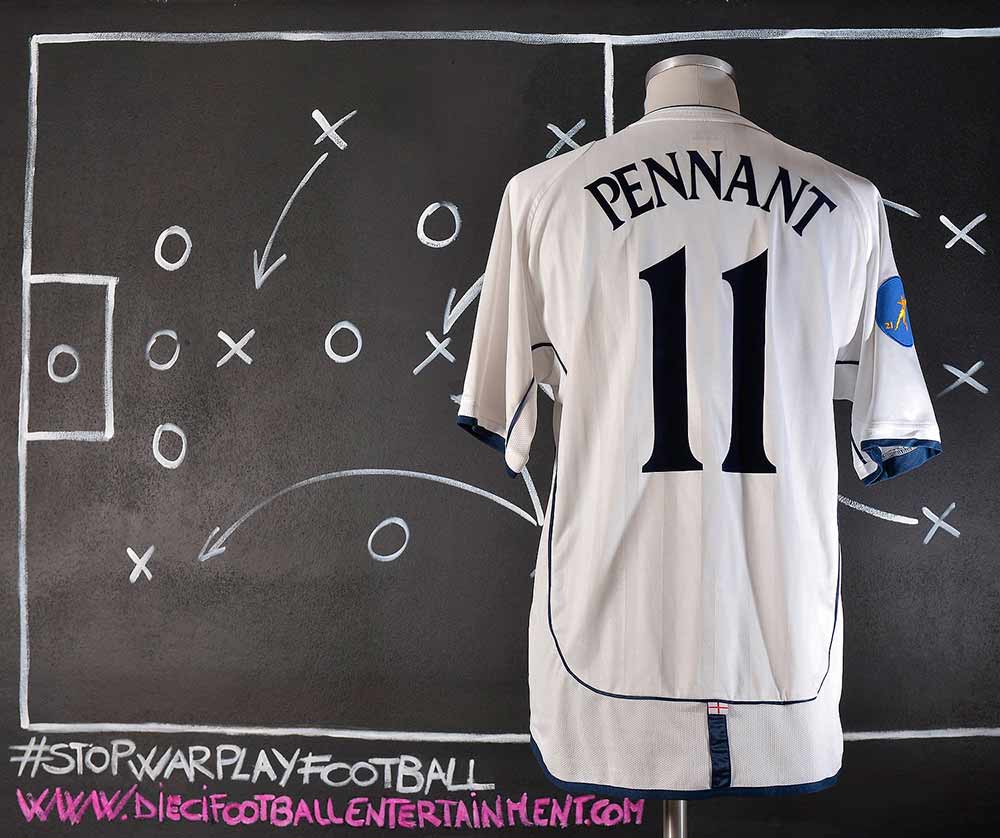 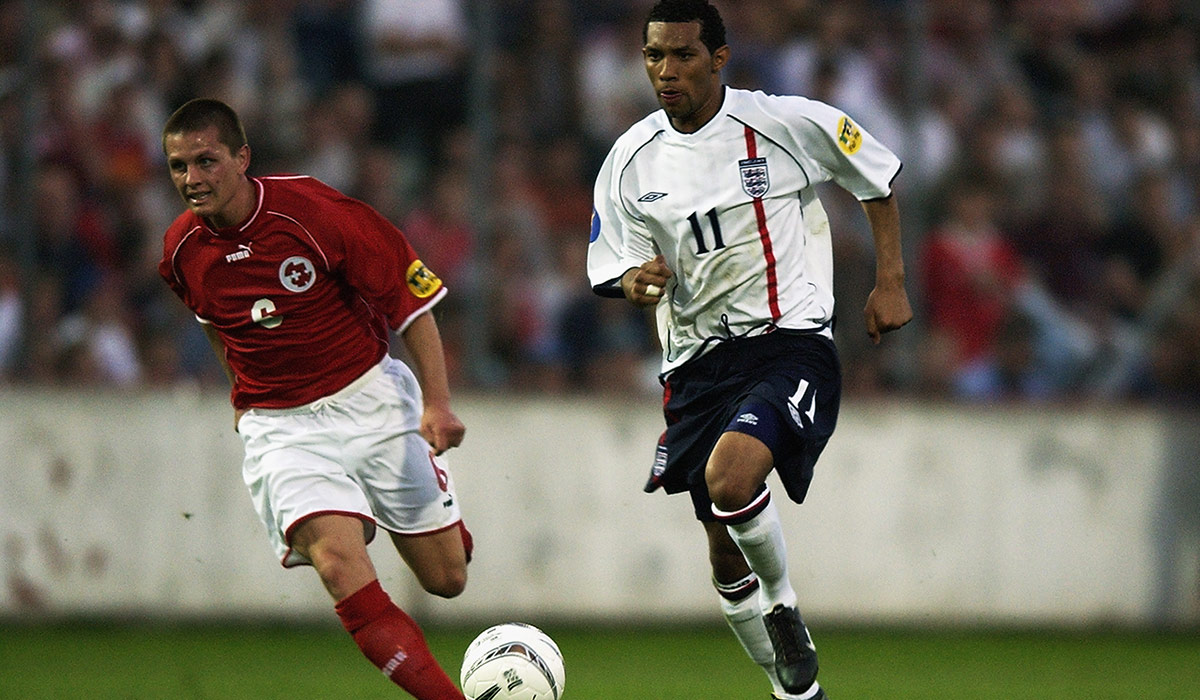 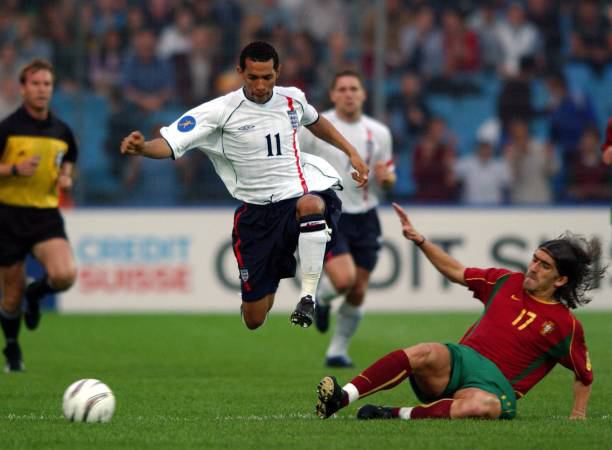 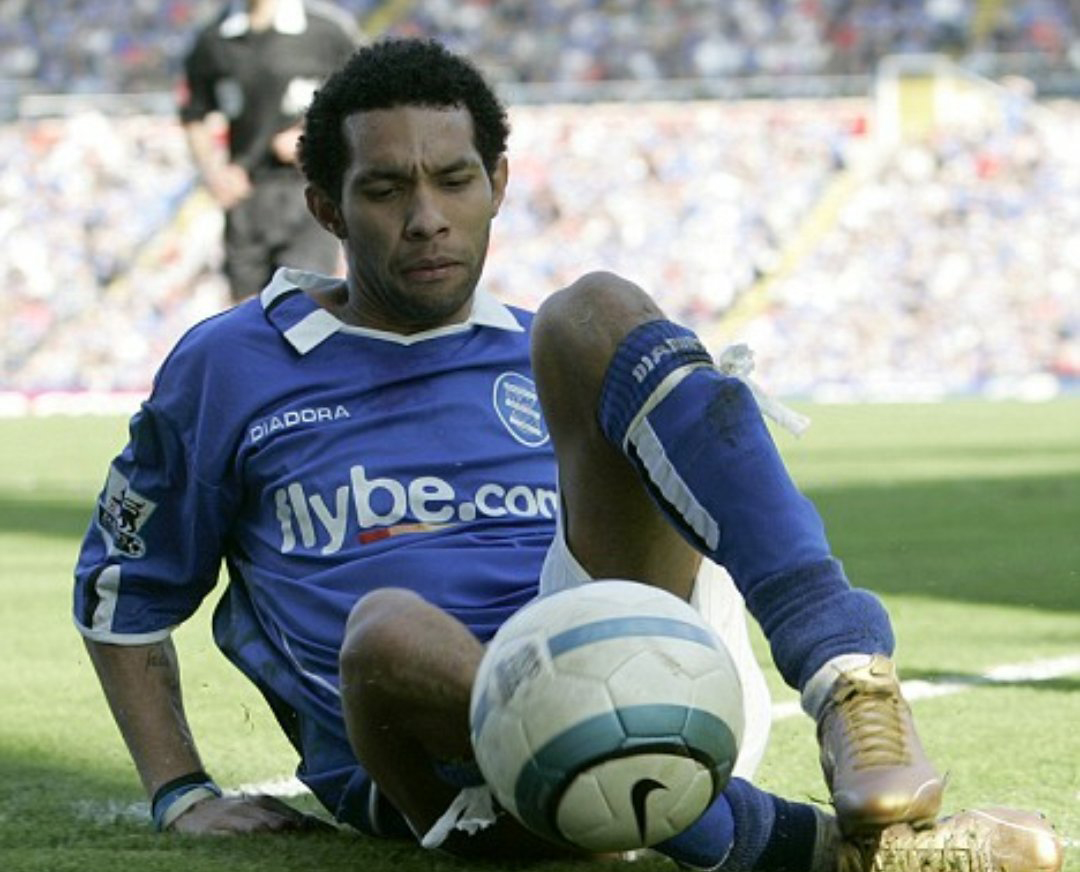 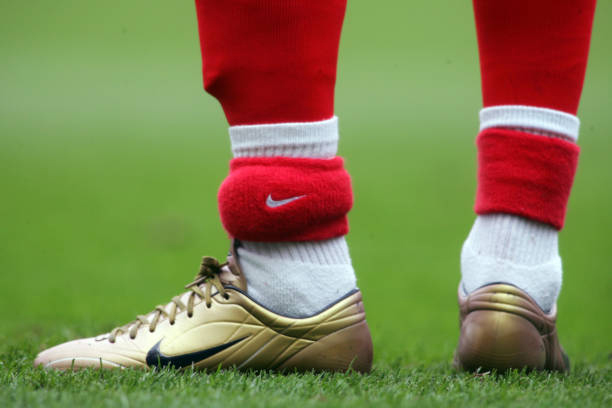 In the pictures above – Jermaine Pennant wearing the electronic tag

In February 2004, Pennant was given a 16-month ban from driving after being seen driving in the wrong lane in Paddington, West London. On 23 January 2005, he was arrested and charged with drink-driving after crashing his Mercedes into a lamp-post in Aylesbury, while serving a 16-month driving ban and uninsured. During questioning, Pennant initially identified himself as his friend Ashley Cole. Pennant pleaded guilty to drink-driving and driving while disqualified, and he was sentenced to 90 days in prison on 1 March. He was released on parole after 30 days and immediately returned to playing for Birmingham City, although he had to wear an electronic tag at all times, including while on the pitch. It emerged during the trial that he was illiterate. In January 2011, Pennant’s Porsche Turbo with his personal number plate was found abandoned at a railway station in Zaragoza with five months’ worth of parking tickets. He was reported to have forgotten he owned the car. In April 2012, Pennant was arrested for drink driving, driving while disqualified and without insurance after being involved in a traffic collision. The following month, he was banned from driving for three years and given an eight-week jail sentence, suspended for a year. In 2007, Pennant began dating glamour model Amii Grove. Following a domestic disturbance in July 2007, he was arrested for a Section 5 public order offence – using words or behaviour likely to cause distress – for which he had to pay a fixed penalty fine. According to Grove, she ended the relationship upon finding CCTV footage of Pennant cheating, and “took revenge by destroying £200,000 of his designer gear”. In December 2008, Pennant’s front gates at his home in Cheshire was ram-raided by burglars in an attempted robbery. Until January 2008, Pennant was dating Hollyoaks actress Jennifer Metcalfe. In October 2008, he reunited with former girlfriend Amii Grove following the death of her brother and became engaged. Soon afterwards, Pennant’s father Gary was convicted on drug dealing charges and sentenced to four years imprisonment. In early 2009, Pennant and Grove broke up and Pennant began dating Metcalfe again. Following his move to Spain, Pennant broke up with Metcalfe but the pair remain friends. In May 2010, Pennant became engaged to Lara Murphy. and they have a son named Trey who was born in August 2010. The relationship with Murphy ended when his son was one year old, when Pennant left her for glamour model Alice Goodwin. He married Goodwin in May 2014.

Grosso Grosso2018-09-02T02:33:45+00:00
Page load link
This site uses cookie technology, including third parties' ones. If you want to know more click here. If you access any element of this site outside this banner, you consent to the use of cookies. Ok
Go to Top