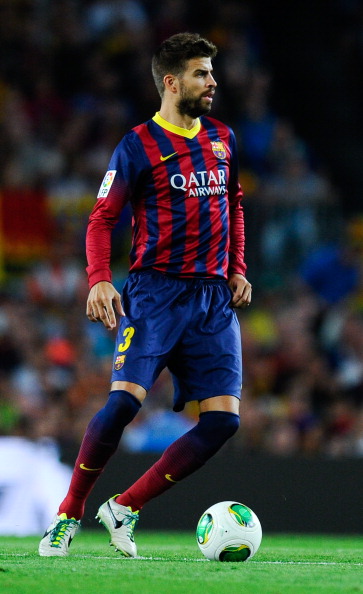 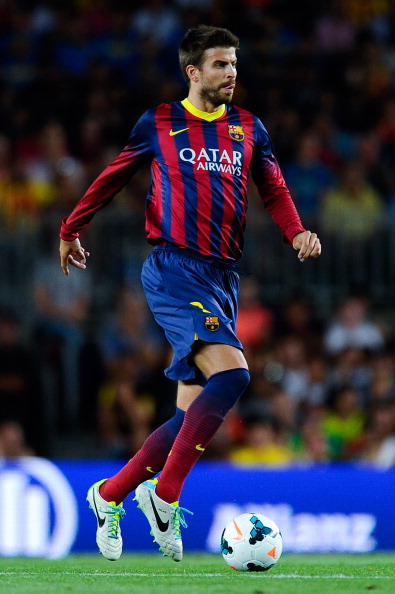 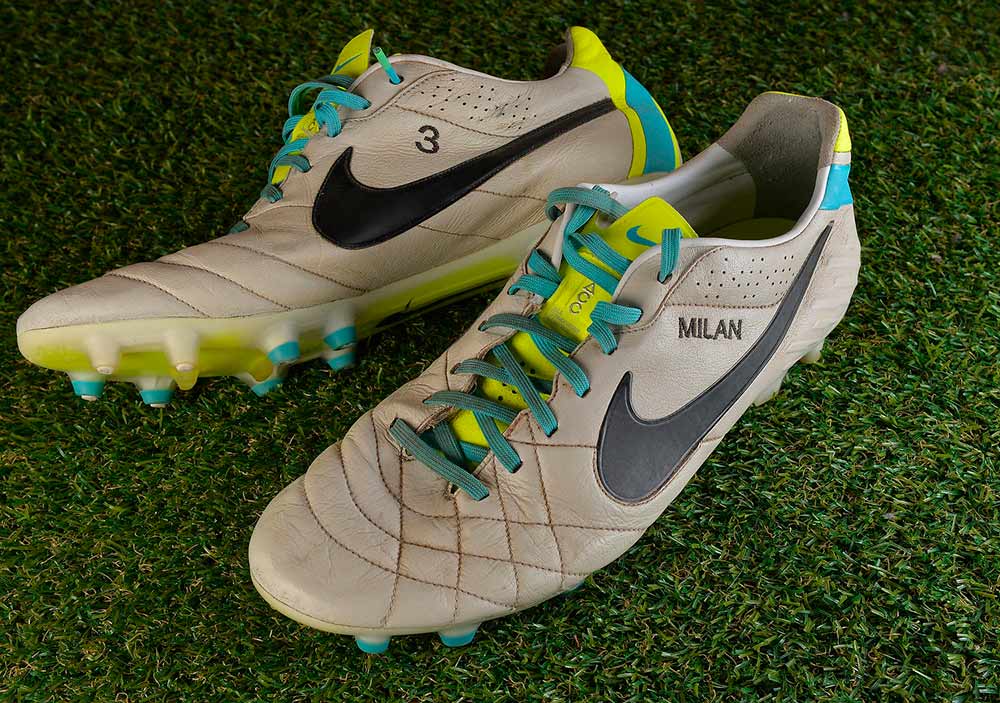 Gerard Piqué Bernabéu is a Spanish professional footballer who plays as a centre-back for the Spain national team. A product of Barça’s cantera, La Masia, Piqué initially left the club for Manchester United in 2004, where he remained for four years, before returning to Barça under Pep Guardiola’s leadership, helping the club win trebles in 2008–09 and 2014–15. He is one of four players to have won the UEFA Champions League two years in a row with different teams, the others being Marcel Desailly, Paulo Sousa and Samuel Eto’o. Piqué has also represented Spain, making his debut on 11 February 2009. He played an integral role in the Spain team that won the 2010 FIFA World Cup and UEFA Euro 2012. 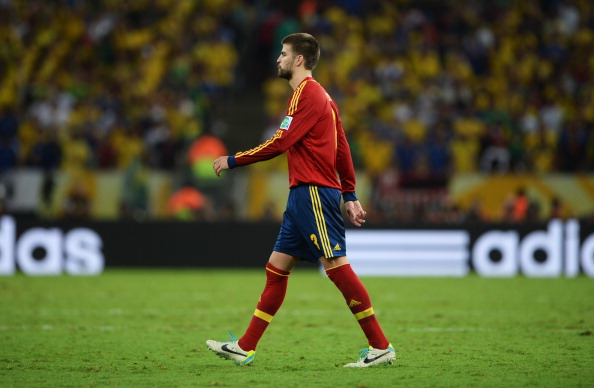 On 6 February 2009, Piqué was called up to the senior squad for the friendly against England on 11 February.[34] He played the entire match in a 2–0 win, in Seville.[35] In his second match as an international on 28 March 2009, he was called up as a replacement for injured team-mate Carles Puyol and he scored the only goal in Spain’s victory in the 2010 World Cup qualifier against Turkey at the Santiago Bernabéu Stadium in Madrid. Four days later, he also started in Istanbul in a 2–1 win, also in the group stage. Piqué made his tournament debut for Spain at the 2009 FIFA Confederations Cup, starting in four of the team’s five matches as La Roja finished in third place. Piqué was Spain’s first-choice centre back playing alongside Puyol at the 2010 World Cup finals in South Africa, starting all seven matches as Spain won the tournament, defeating the Netherlands 1–0 in the final. Piqué’s partnership with Puyol saw Spain concede only twice in seven World Cup matches and keep four consecutive clean sheets in the knockout stage. In Spain’s 1–0 group stage defeat to Switzerland, just before Gelson Fernandes scored the only goal of the game, Swiss striker Eren Derdiyok tumbled over Spain goalkeeper Iker Casillas and accidentally kicked Piqué in the face, knocking him over and leaving him with a nasty cut beside his right eye. Piqué played every minute of Spain’s UEFA Euro 2012 campaign, partnering Sergio Ramos in the centre of defence. He successfully converted the team’s third penalty in a semi-final shoot-out win over Portugal. In the final, Spain recorded a fifth consecutive clean sheet in a 4–0 win over Italy. Piqué was one of three Spanish defenders included in UEFA’s Team of the Tournament as La Roja conceded only one goal in six matches. At the 2013 FIFA Confederations Cup, Piqué was the third of Spain’s seven successful takers in a 7–6 shootout win over Italy at the semi-final stage. On 30 June 2013, Piqué was sent off during the final against Brazil. He received a straight red card in the 68th minute for a violent tackle on recently signed Barcelona team-mate Neymar. The match finished 3–0 to Brazil, ending Spain’s world record 29 match unbeaten run in competitive internationals. Piqué became unpopular with some elements of the Spanish support, due to his taunting of Barcelona’s rivals Real Madrid. A friendly against England in November 2015 was moved from Real’s Bernabeu Stadium to Alicante in order to avoid crowd abuse towards him. At the UEFA Euro 2016 opening group game for Spain, Piqué scored his fifth goal for his country, a late header in a 1–0 victory against the Czech Republic.

Grosso Grosso2022-11-05T17:30:34+00:00
Page load link
This site uses cookie technology, including third parties' ones. If you want to know more click here. If you access any element of this site outside this banner, you consent to the use of cookies. Ok
Go to Top