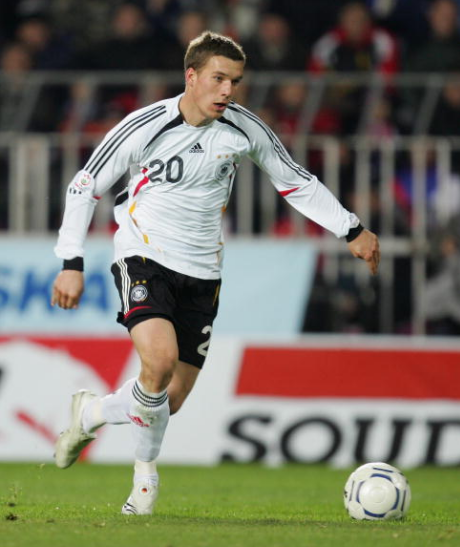 Podolski was included in the squad for UEFA Euro 2016. He made a substitute appearance against Slovakia during the tournament. After the tournament, on 15 August, he announced his retirement from international football (effective 23 March 2017) saying he wants to shift his focus and spend more time with his family. He was given his last ever international appearance for Germany against England on 22 March 2017 where he scored the winning goal. 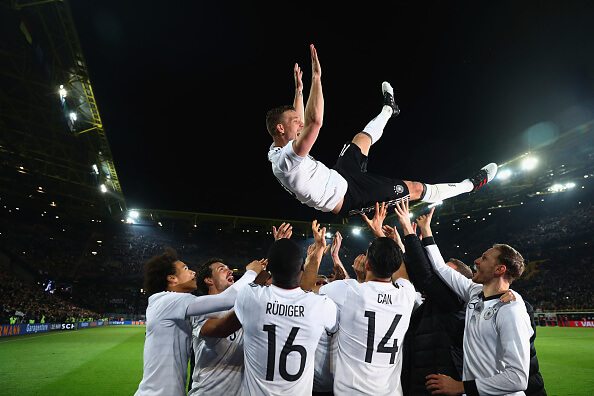 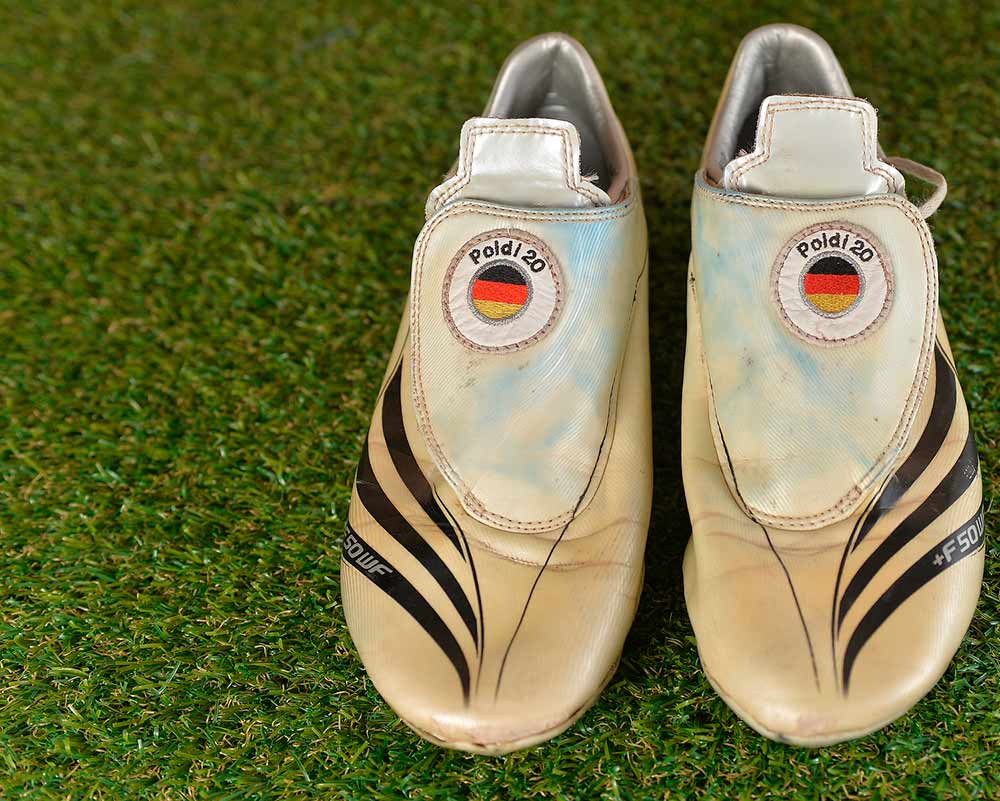 Lukas Josef Podolski is a German footballer who plays as a forward. He is regarded as one of the best German players of his generation, and among the best finishers in world football. Famed for his extremely powerful and accurate left foot, he is known for his explosive shot, technique and probing attacks from the left side. He joined 1. FC Köln in 1995 where he broke into the first team in 2003 and made 81 appearances for the club before moving to Bayern Munich. With Bayern, Podolski won the Bundesliga and DFB-Pokal double in 2008. Podolski returned to 1. FC Köln in 2009. He later signed for Premier League club Arsenal in 2012, with whom he won the FA Cup in 2014. He then moved on loan to Serie A club Inter Milan in January 2015, before signing six months later for Galatasaray where he also won the Türkiye Kupası of 2016. Podolski was eligible to play for Germany and Poland. Podolski originally wanted to play for the Polish team but was rejected by then Polish coach Paweł Janas in 2003. Podolski enjoyed great success with the national team ultimately becoming a national hero. He was first capped by Germany in 2004 and has been part of the squad in all major tournaments since then, winning the 2014 FIFA World Cup. He is the third most-capped player in German history, with 130 caps, and the third-highest goalscorer in German history, having scored 49 times. On 29 May 2013, Podolski scored the fastest goal in German national team history, after just 9 seconds of the 4–2 friendly win over Ecuador. It was at that time the second fastest international goal in history, second only to San Marino’s Davide Gualtieri’s 8.3-second strike against England in 1993. Podolski retired from international football on 22 March 2017 after scoring the winner in a friendly against England. 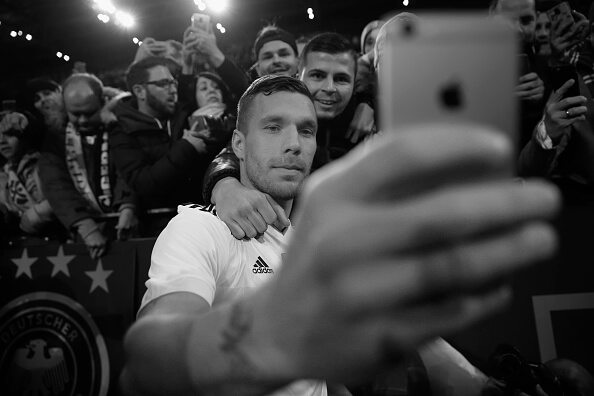 Grosso Grosso2017-10-28T17:33:30+00:00
Page load link
This site uses cookie technology, including third parties' ones. If you want to know more click here. If you access any element of this site outside this banner, you consent to the use of cookies. Ok
Go to Top