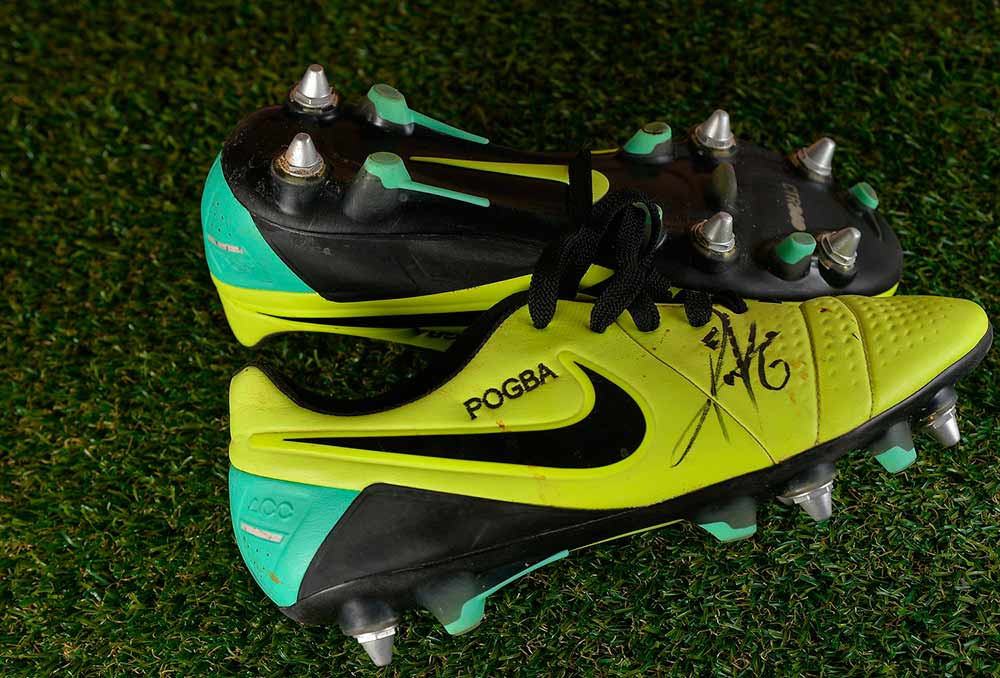 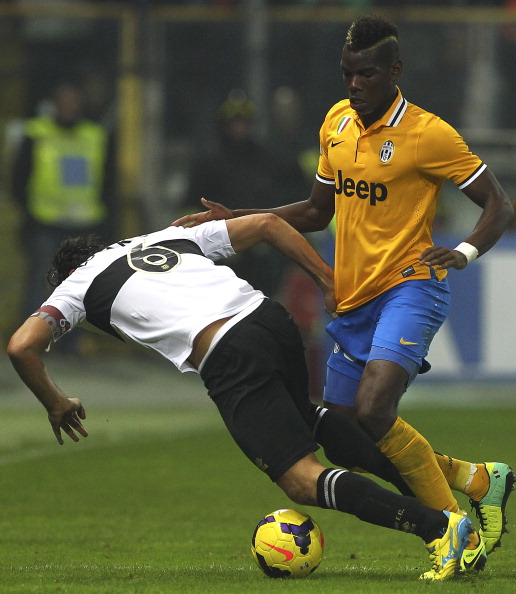 On 22 March 2013, Pogba made his debut for the French senior team in a 2014 World Cup qualifier against Georgia. He played the full 90 minutes in a 3–1 win. Pogba then earned his second cap four days later in another 2014 World Cup qualifier against Spain, starting the match against the world champions, but picked up a yellow card in the 76th minute for unsporting behaviour, before being sent off two minutes later for a second bookable offence in a 1–0 loss. He scored his first international goal against Belarus on 10 September 2013 in a 4–2 victory, once again during a 2014 World Cup qualifier. On 6 June 2014, Pogba was named in France’s squad for the 2014 FIFA World Cup. On 15 June, he started in central midfield in the team’s first World Cup fixture – a 3–0 victory over Honduras – suffering a foul from Wilson Palacios which led to a red card for the Honduran and a penalty kick, which was converted by Karim Benzema to give France the lead. He appeared as a substitute in the team’s second match, assisting a goal for Benzema in a 5–2 victory of Switzerland.[124] In the round of 16, Pogba scored a 79th minute opening goal and was named man of the match by FIFA as Les Bleus defeated Nigeria 2–0 in Brasília. On 13 July 2014, Pogba was named the tournament’s Best Young Player. 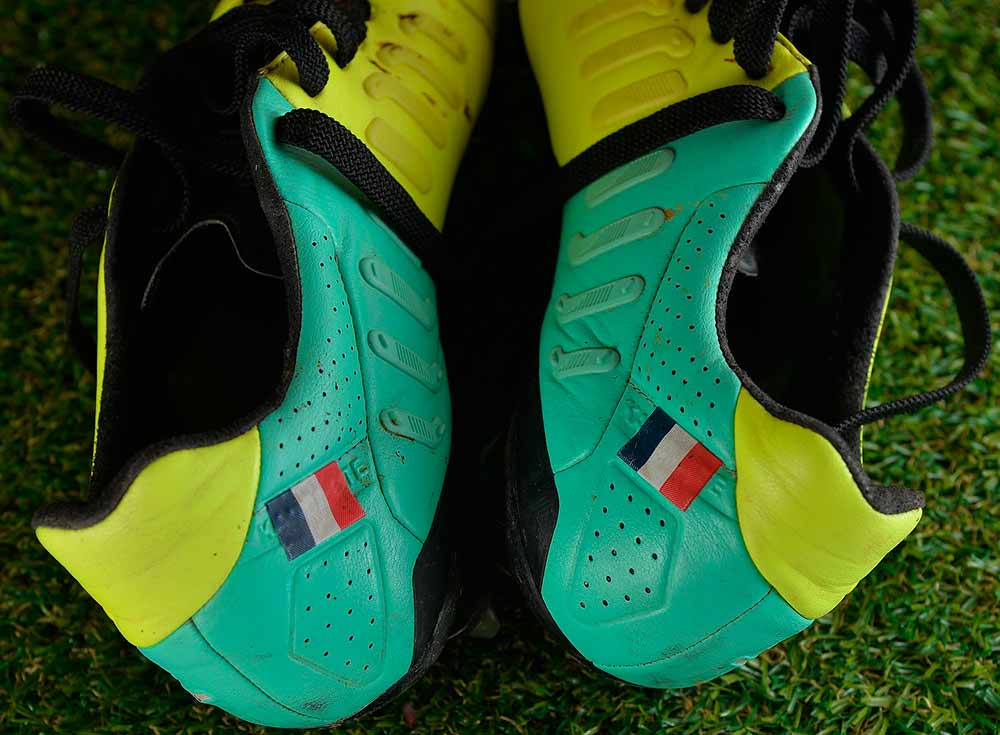 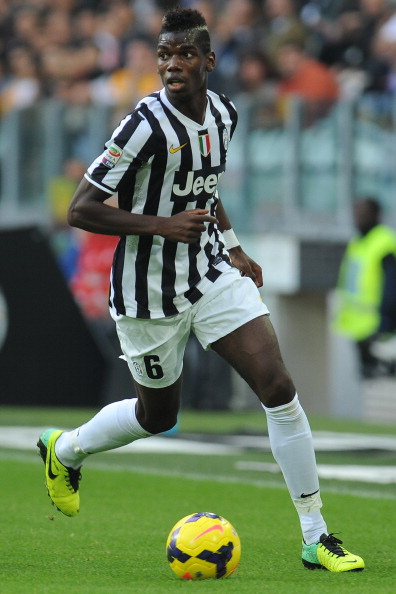 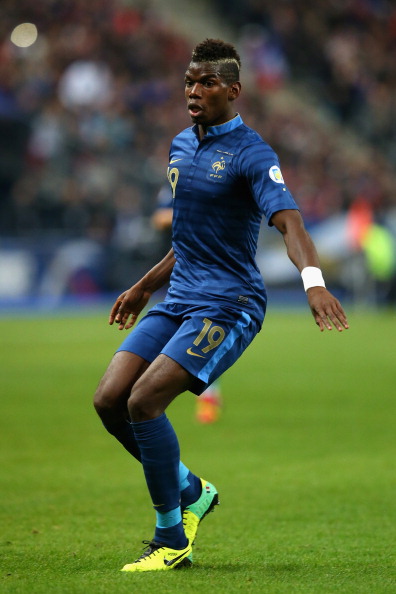 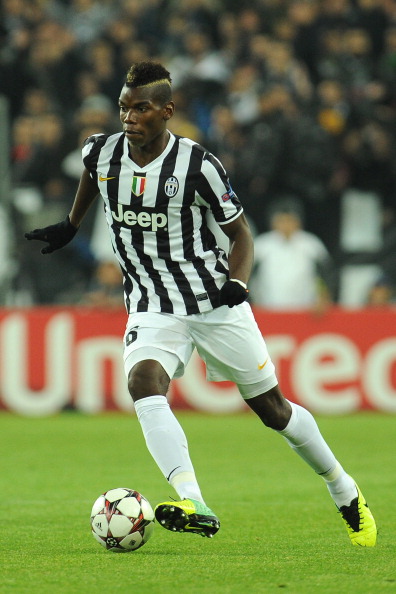 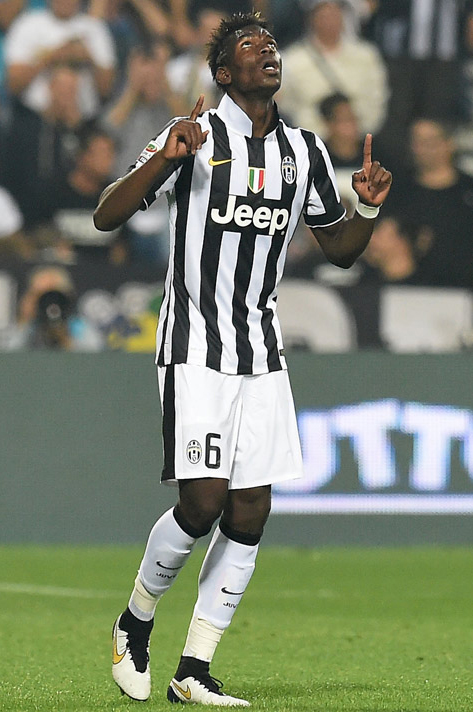 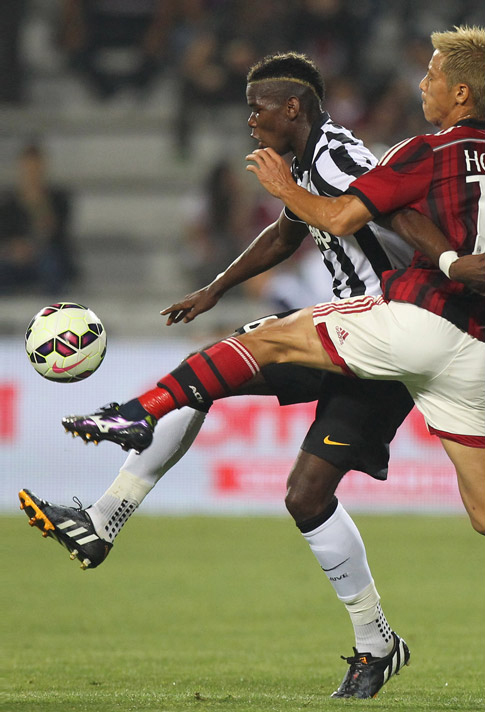 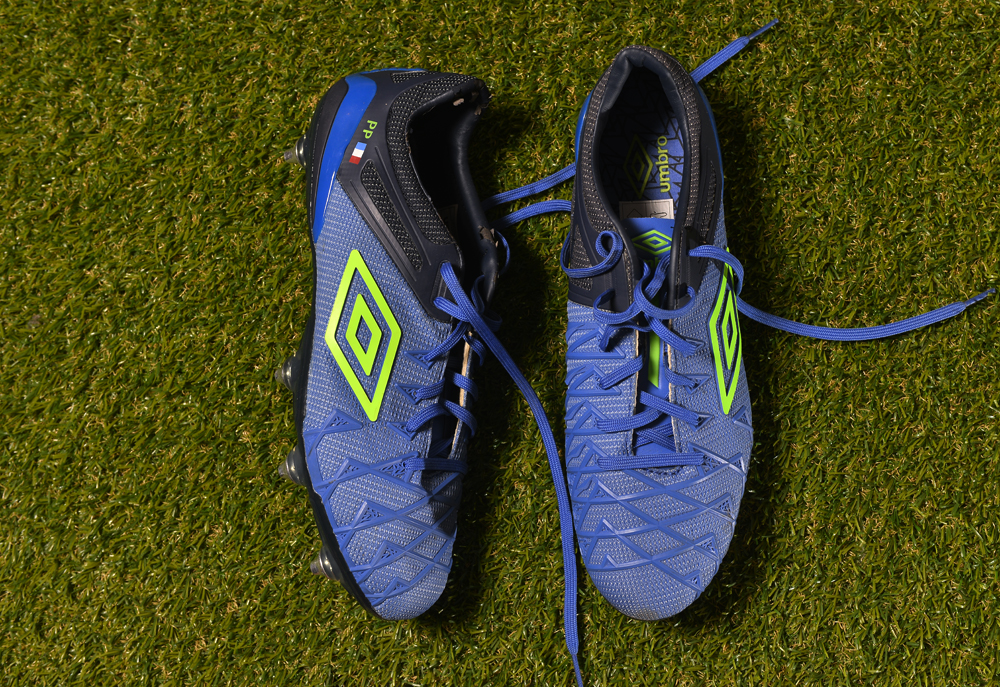 These boots were issued for Paul Pogba and given to the player for testing by Umbro. Pogba never had any contract with Umbro but during the season 2014/2015 the player wasn’t sponsored by any brand so he basically wore whatever he wanted. Since the beginning of the 2014-15 season, Pogba has reached double figures for different boots. Whether flirting with the plethora of NikeID jobs and standard colorways on his Magista Obra or a handful of different looks with the adidas Predator Instinct, the French international is practically a guaranteed insertion into our weekly boot-spotting simply because of how often the player changed his footwear. When it comes to NikeID, there hasn’t been any player at the highest level that has obviously enjoyed the customization service like Pogba. He’s worn a slightly altered version of the ‘Shine Through’ pack that dropped the green and shifted it to black, he’s crafted a predominantly red boot with black accents and stepped out in a custom blue pair with a grey dynamic fit collar that isn’t even available to the public. Pogba wasn’t afraid to mix things up. He knew that both Adidas and Nike wanted his signature and he was milking them for all they’re worth. But during the 2014/2015 season several other brands like Puma, Umbro…etc, tried to make custom boots for Paul Pogba to be tested and spotted but apparently the player always sneaked out by every other brand aside from Nike and Adidas. And this is what happened with the Umbro boots released for him but….never worn. 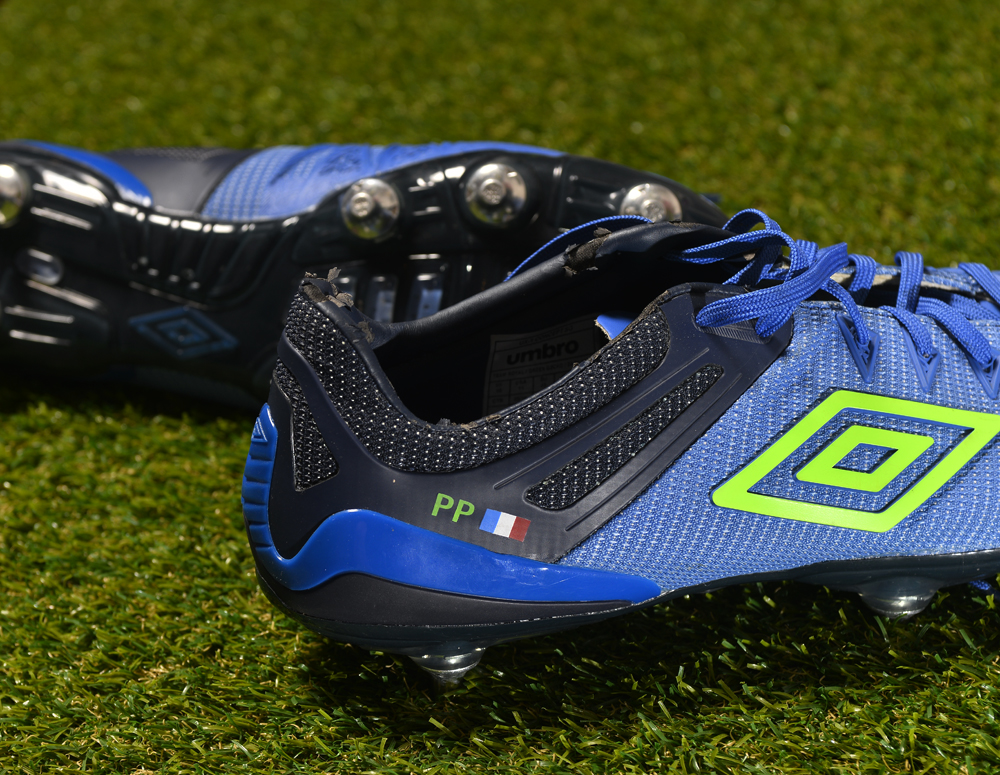 Grosso Grosso2022-08-27T12:59:42+00:00
Page load link
This site uses cookie technology, including third parties' ones. If you want to know more click here. If you access any element of this site outside this banner, you consent to the use of cookies. Ok
Go to Top