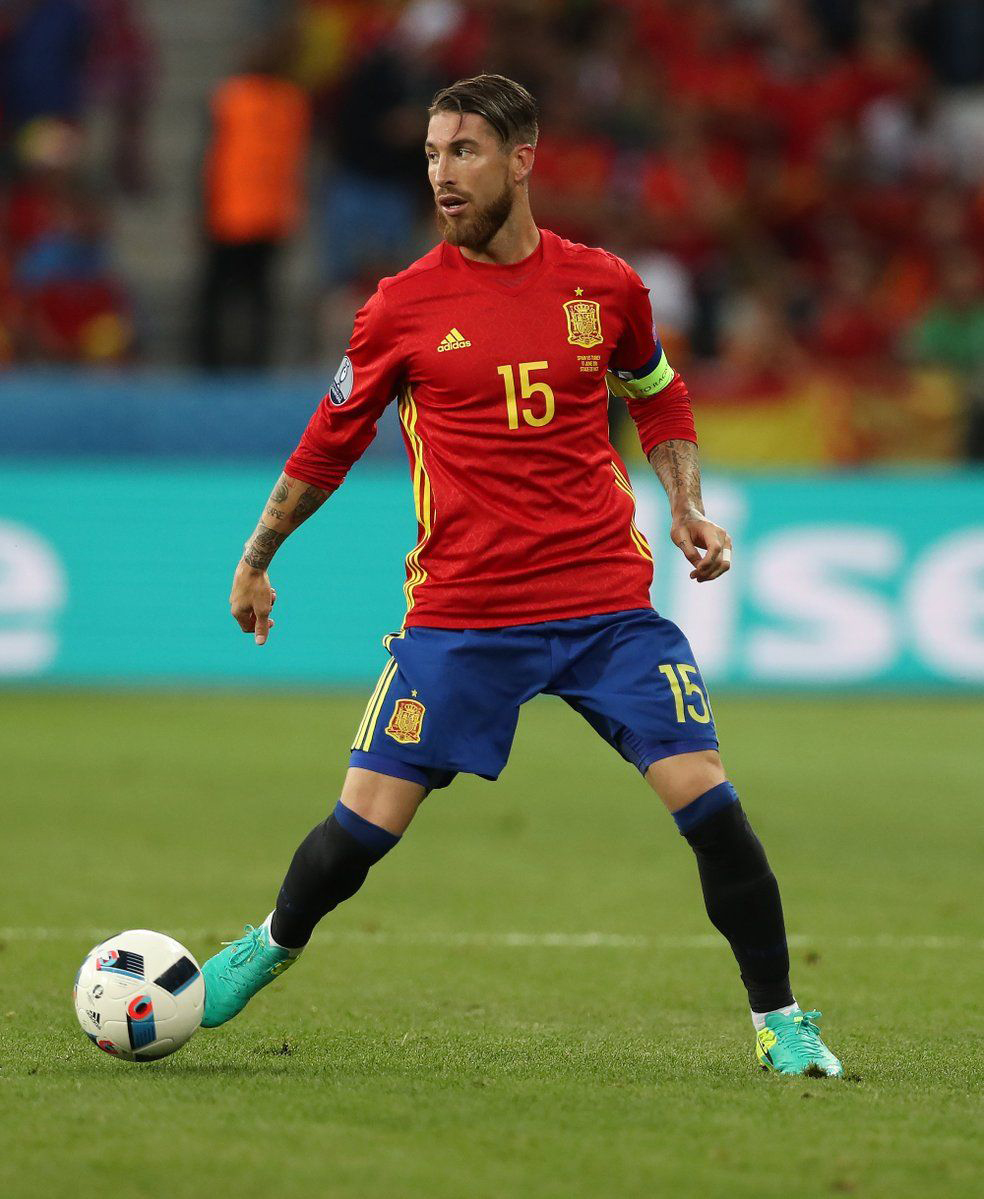 Sergio Ramos García is a Spanish professional footballer who plays as a centre-back for the Spain national team. Known for his aggressive play, ball retrieval ability and prolific goalscoring abilities, he is widely regarded as one of the greatest defenders of all time, having formerly played for Real Madrid for sixteen seasons, winning four UEFA Champions League titles with the Spanish giants along with two UEFA European Championship titles and the 2010 FIFA World Cup with the national team. After emerging through Sevilla’s youth academy and spending two seasons with the senior side, Ramos moved to Real Madrid in the summer of 2005. Since then, he went on to become a mainstay for Real Madrid, and had won 22 major honours, including five La Liga titles and four UEFA Champions League titles, becoming one of La Liga’s top goalscorers from a defensive position. He played a crucial part in the build-up to all four UEFA Champions League wins, being named in the competition Squad of the Season each time. He also scored the equaliser in the 93rd minute of the 2014 UEFA Champions League Final. Ramos has been named to the FIFPro World11 eleven times; a record for a defender, and the third-most all-time. He has also been elected to the UEFA Team of the Year nine times, also a record for a defender and the third-most of any player. Additionally, Ramos has been named La Liga’s Best Defender a record five times, and to the La Liga Team of the Season in 2015–16. In 2021, he joined Paris Saint-Germain on a free transfer. Internationally, Ramos represented the Spanish national team at four World Cups and three European Championships. He won the 2010 FIFA World Cup and the UEFA European Championship in 2008 and 2012, being named to the FIFA World Cup Dream Team in 2010, and the UEFA Euro Team of the Tournament in 2012. He made his first appearance for Spain at the age of 18 and, in 2013, he became the nation’s youngest player to ever reach 100 caps. Ramos currently holds the record as the most capped player in the history of the Spanish national team and is his country’s eighth-highest all-time goalscorer. He also holds the record of most international victories for Spain with 131 matches won. 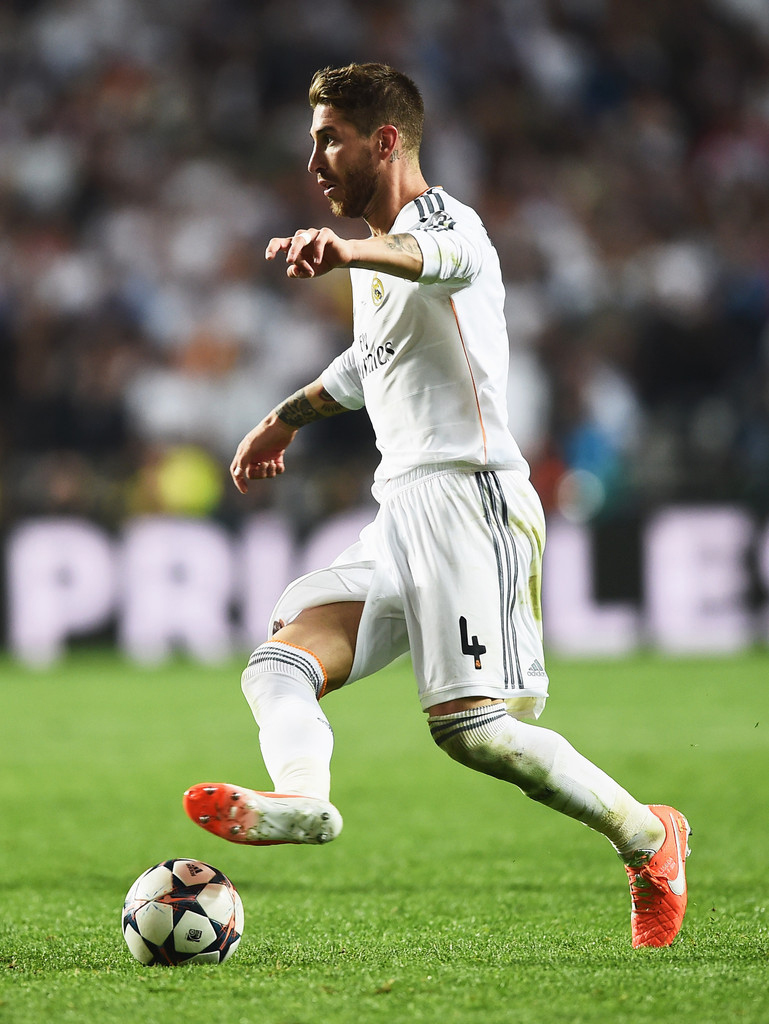 These boots were issued for Sergio Ramos for the Champions League Final 2014 which took place in Lisbon, “Estadio do Sport Lisboa e Benfica”, on May 24th 2014.  These boots have a custom soleplate different from the shop’s boots and they have a slightly different custom Final embroidery on sides compared to the boots that Sergio Ramos decided to wear. Nike always make several styles of customizations for big events like Champions League Finals, Euro or World Cup competitions and players are free to choose the model they like more. In the season 2013/2014, on 14 December 2013, Ramos received a club record 18th red card for Real Madrid in a 2–2 draw at Osasuna, but the suspension was later lifted. His 19th red card came in a 4–3 home defeat to Barcelona, on 23 March 2014. On 26 April, Ramos scored a header against Osasuna in La Liga at the Bernabéu, in a counter-attack which he began with a strong tackle. It was his first goal in La Liga in six months, since his volley against Levante on match-day 8. On 29 April 2014, Ramos scored two headers in four minutes in a 4–0 away win against Bayern Munich in the semi-finals of the Champions League, with the tie ending with a 5–0 aggregate score and Madrid’s qualification to the final for the first time in twelve years. Ramos’ brace against Bayern (4 minutes) was the fastest brace in UEFA Champions League semi-final history at the time. On 4 May, Ramos scored in the 2–2 draw with Valencia at home in La Liga with another header, scoring in back-to-back league games. Just three days later, Ramos scored his first free-kick for a 1–1 draw away to Valladolid, having scored in three consecutive La Liga matches and scoring four consecutive matches for Real Madrid for the first time. On 24 May, in the Champions League final against Atlético Madrid, he headed home in the 93rd minute to tie the game 1–1, and Real Madrid went on to win 4–1 in extra-time to claim ‘La Decima’, their tenth trophy in the competition; he was also chosen by fans as Man of the match. Ramos ended 2013–14 with 7 goals, which made it his highest scoring season for Real Madrid at the time. 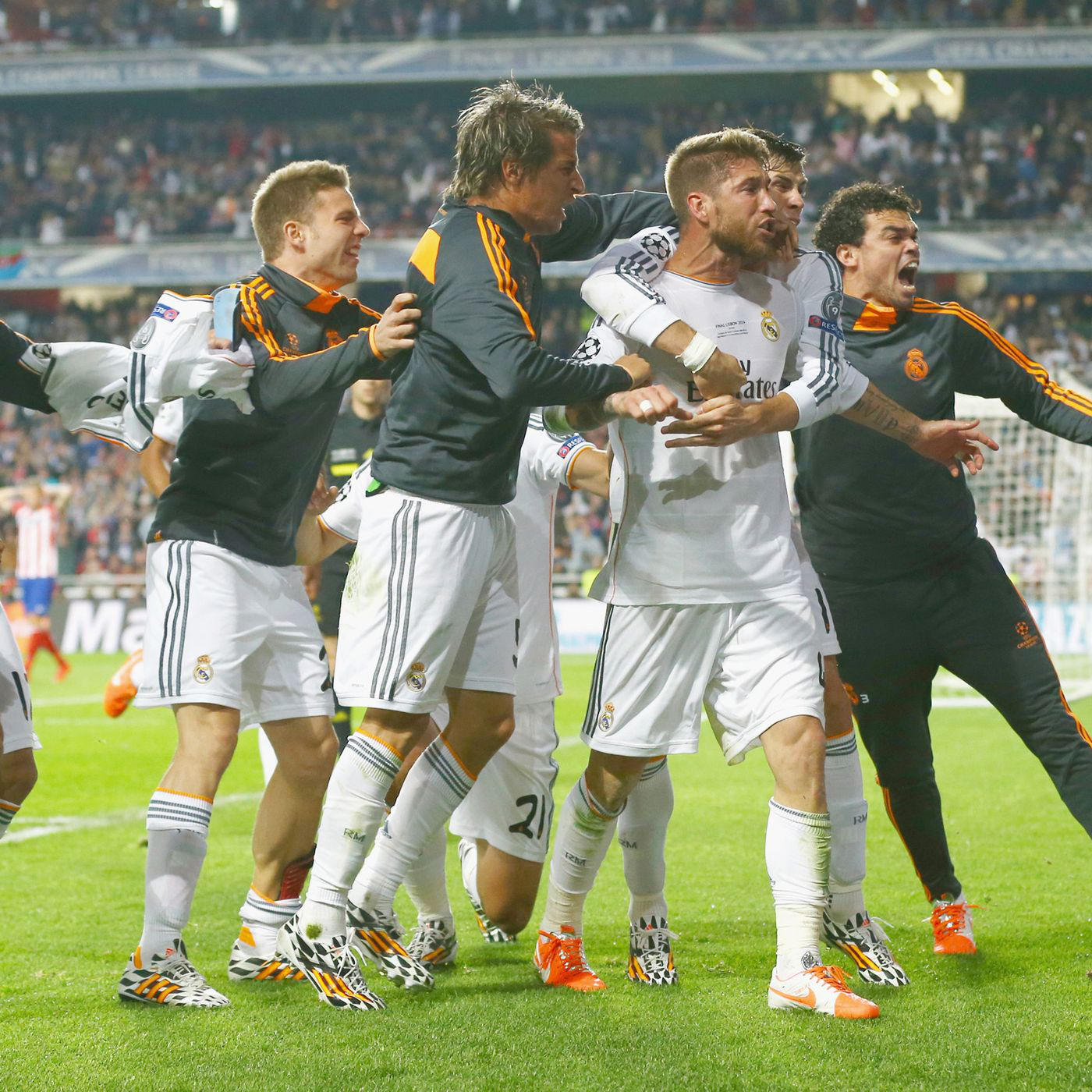 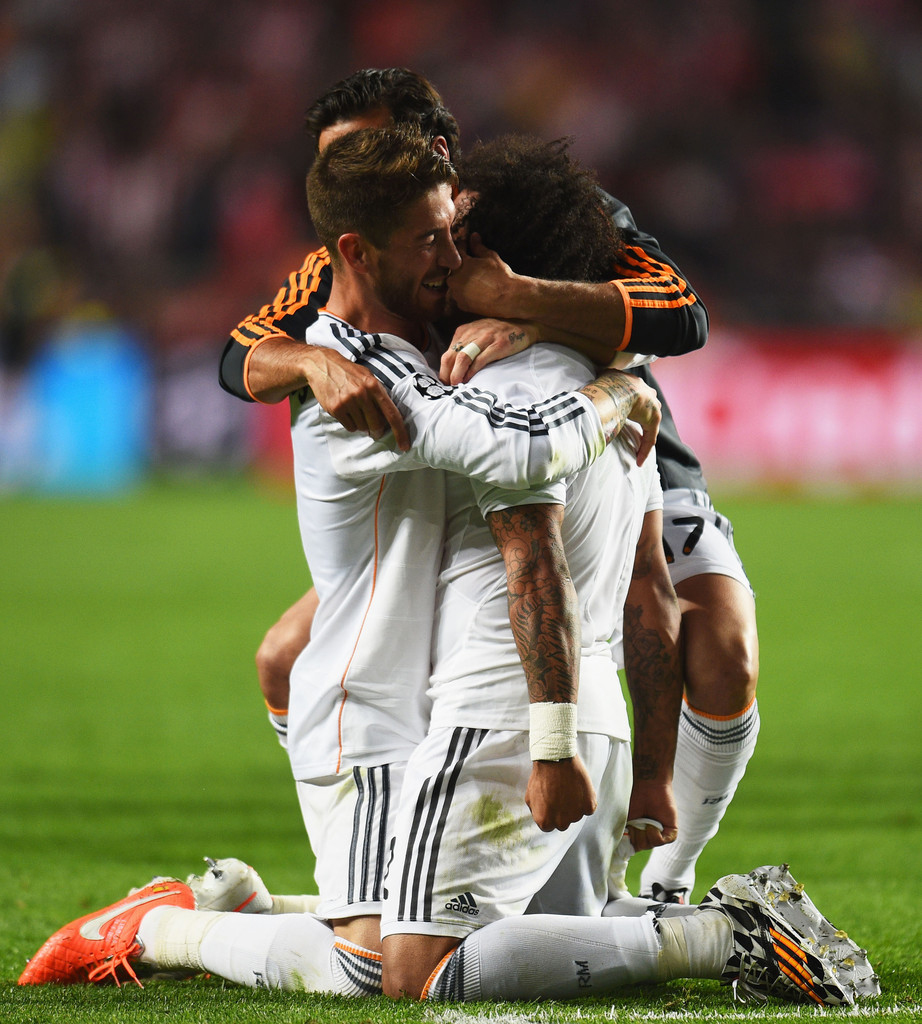 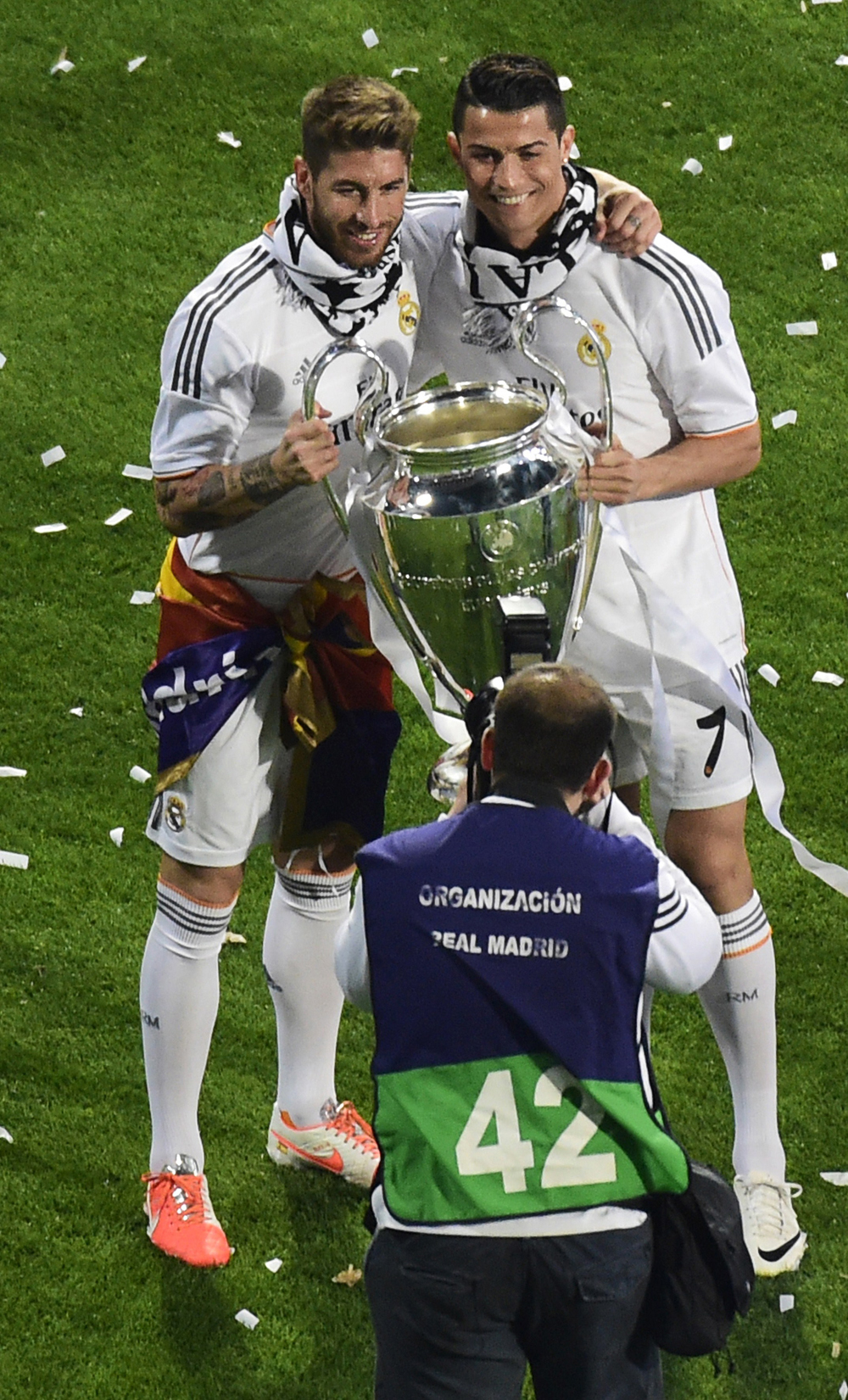 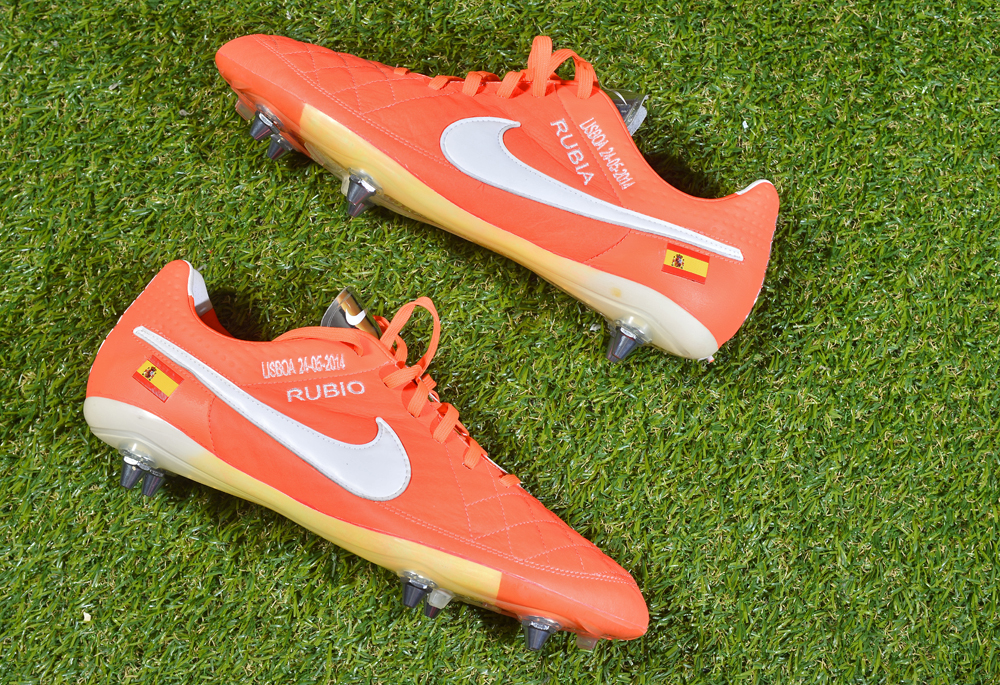 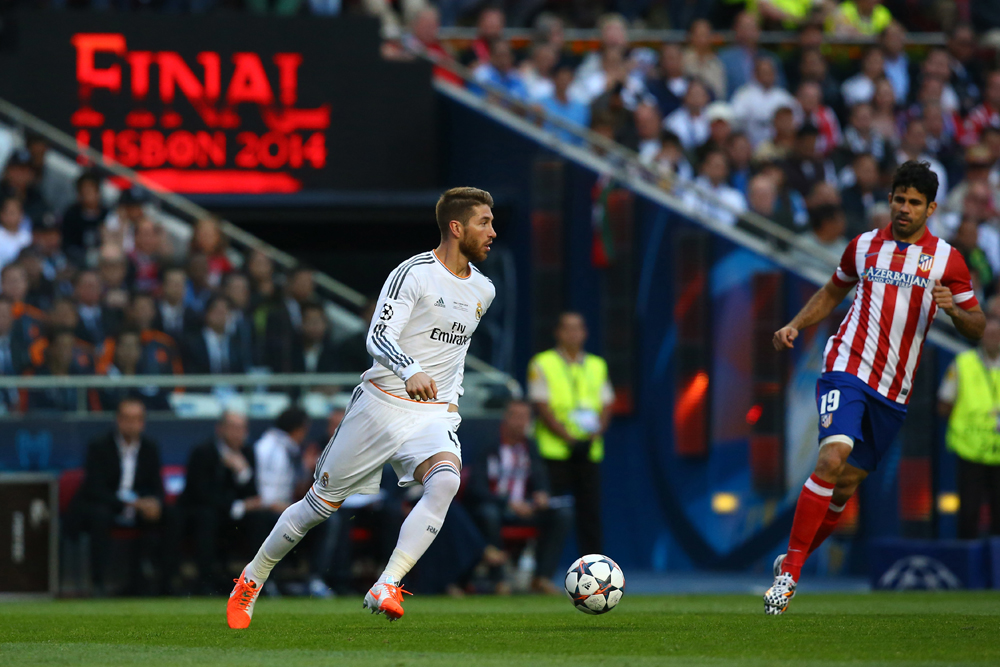 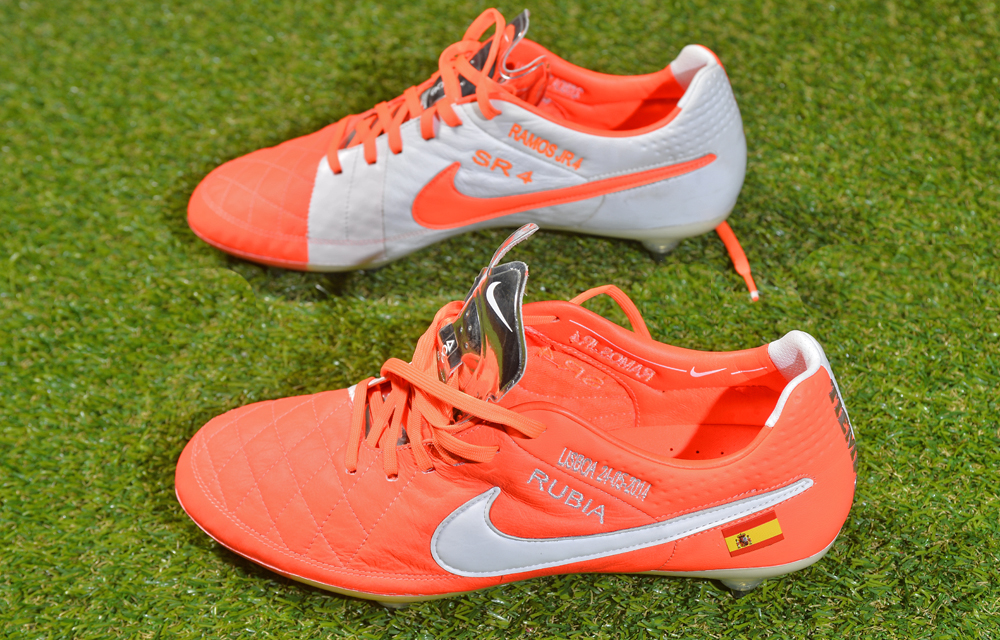 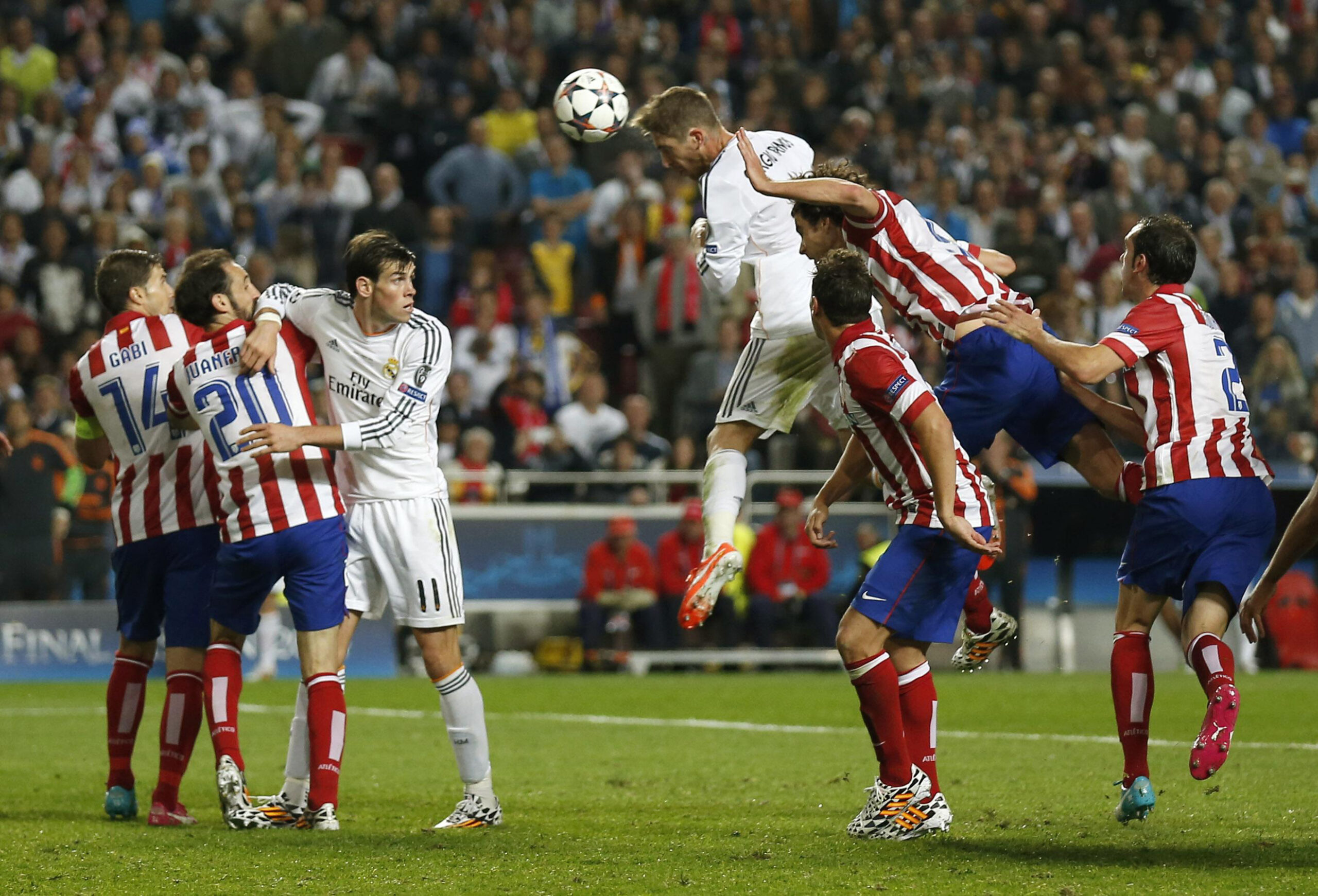 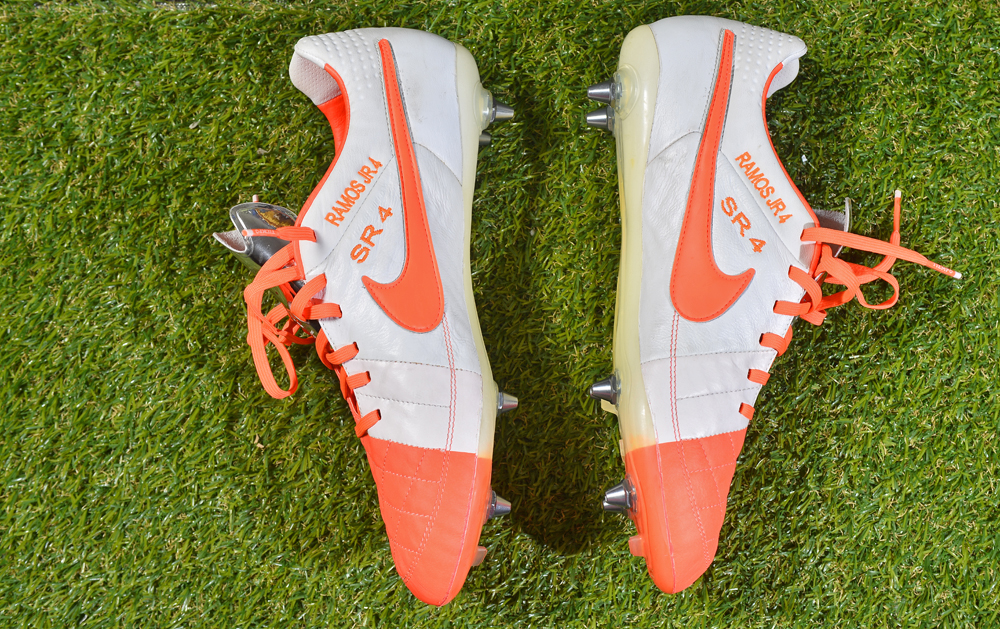 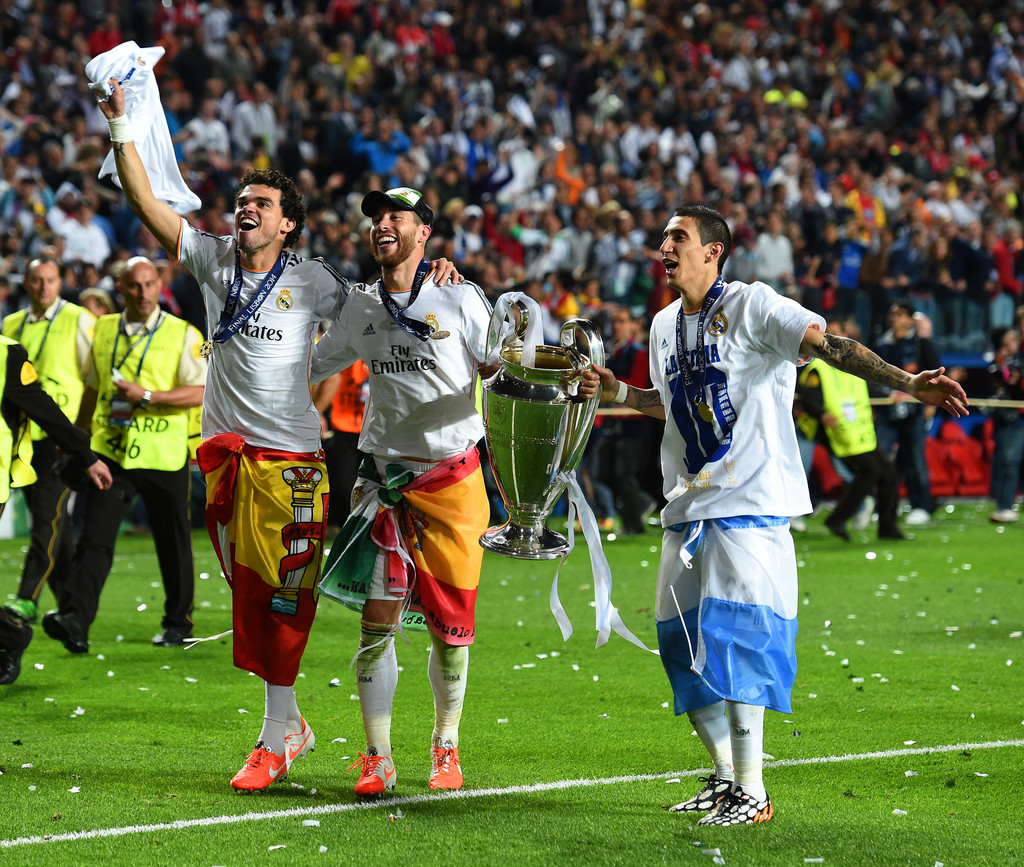 Grosso Grosso2022-07-14T12:29:09+00:00
Page load link
This site uses cookie technology, including third parties' ones. If you want to know more click here. If you access any element of this site outside this banner, you consent to the use of cookies. Ok
Go to Top