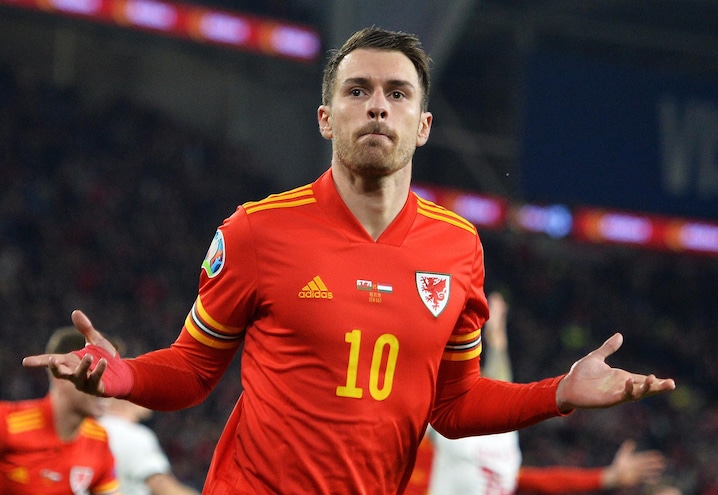 Aaron James Ramsey is a professional footballer who plays as a midfielder for the Wales national team. Ramsey mainly plays as a box-to-box midfielder, but has also been deployed on the left and right wings. He played as a schoolboy for Cardiff City, where he spent eight years in youth football, became the club’s youngest ever first team player, and made 28 appearances (including loan spell) for the senior team – including the 2008 FA Cup Final. Ramsey moved to Arsenal in 2008 in a £5 million deal, where he quickly gained first-team experience. However, his career stalled significantly after he suffered a broken leg in a match against Stoke City in February 2010. After two loan spells away from Arsenal, he returned to full fitness and re-established himself as a regular starter during the 2011–12 season. Ramsey was a key player for Arsenal in the 2013–14 campaign, scoring 16 goals in all competitions, including the winner in the 2014 FA Cup Final against Hull City. He also played in the 2015 FA Cup Final, which Arsenal won, and scored a second FA Cup winning goal in 2017. On 1 July 2019, he joined Juventus after having signed a pre-contractual agreement, winning the league title during his first season. Ramsey made his full international debut for Wales in 2008 and was part of their UEFA Euro 2016 campaign, where he helped his nation to the semi-finals and was included in the Team of the Tournament. He also represented Great Britain at the 2012 Olympics. 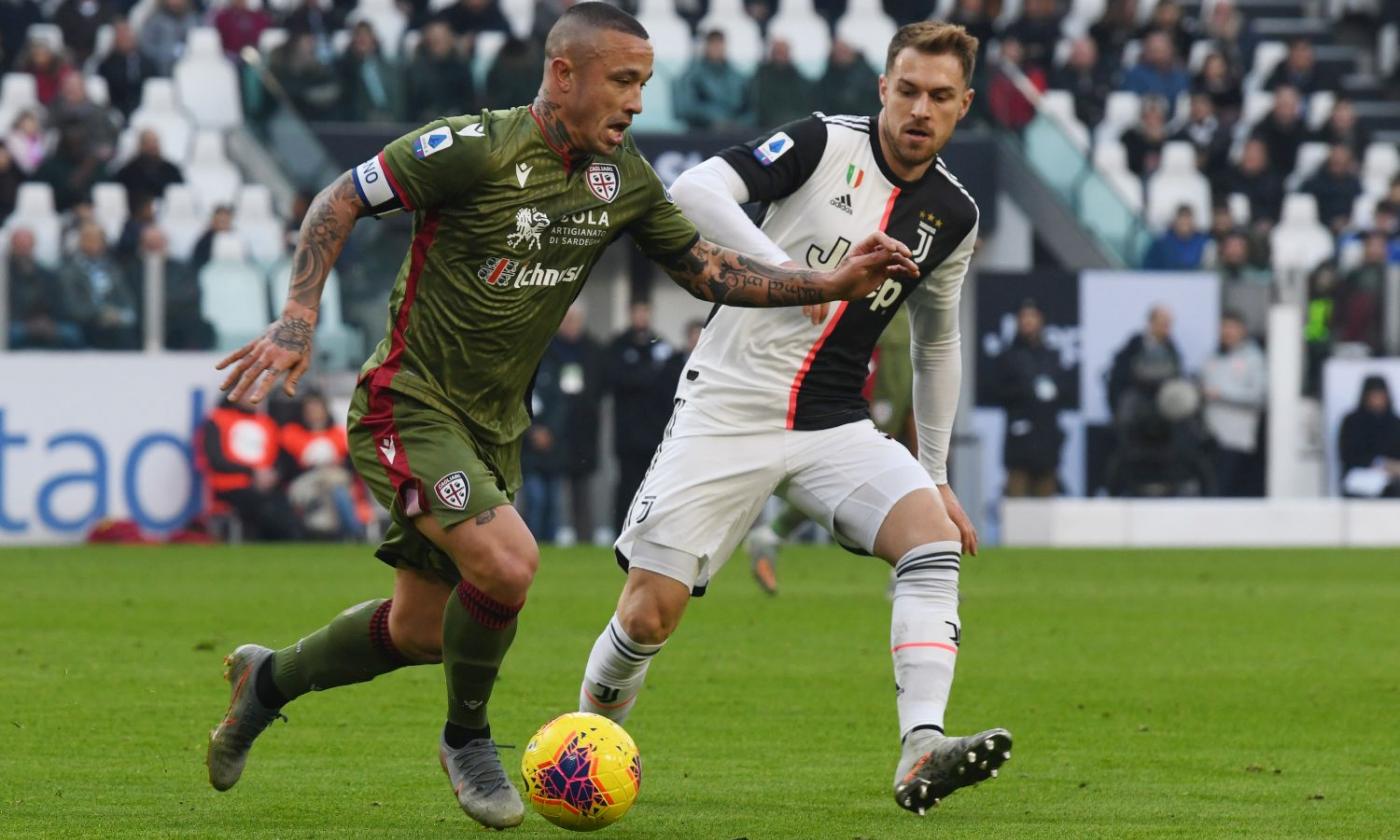 Ramsey blends superior technique with a powerful running style, and is predominantly known for his offensive movement off the ball and his attacking capabilities as a midfielder, in particular his ability to make late runs into the penalty area, and score goals. In addition to his technical skills and offensive prowess, Ramsey has also been praised in the media for his energy, tenacity, and work-rate across the pitch. He is also a precise passer, and possesses good vision, which enables him to link-up with other players and create chances for teammates after winning back possession, in addition to scoring goals himself. Although his favoured role is in the centre of the pitch, as either a central or attacking midfielder, he is also capable of playing out wide, as a winger on either flank; he also been deployed in a deeper midfield position, or even in a box-to-box role on occasion. During his time at Juventus, he was deployed in a new position on occasion under manager Maurizio Sarri, and was fielded as an offensive-minded central midfielder, known as the mezzala role in Italian football jargon. Despite his ability, however, he has often struggled with injuries throughout his career. During the 2013–14 Premier League season, Aaron Ramsey developed into one of Arsenal’s most influential players. Arsenal’s manager Arsène Wenger has described Ramsey as a “complete midfielder”, and stated: “I was a midfielder, and I would have loved to have had what he has. He can defend, he can attack, he can score goals. What more do you want?” Ramsey was rewarded for his outstanding form during the 2013–14 season by being named Arsenal’s Player of the Season. Long known for his technical ability, during the 2013–14 Premier League season, Ramsey also developed into a strong runner with the ball. Wenger observed, “[Ramsey] is now brushing opponents off and running away from them with ease.” Former Arsenal midfielder Ray Parlour said that Ramsey could “become as influential as Steven Gerrard”. In November 2013, Ramsey was ranked alongside Manchester City’s Yaya Touré as the best central midfielder in the 2013–14 Premier League season. On 24 December 2013, Ramsey and Touré were reported to be the only two players in the Premier League to have completed more than 1,000 passes. Despite missing over three months of the 2013–14 Premier League, Ramsey was the Arsenal player who won the most tackles throughout the season. He was also the team’s second-top scorer for the season (16 goals), and provided the second-highest number of assists for the season (8). In December 2015, former Liverpool captain Gerrard hailed Ramsey as “the best attacking midfielder in the Premier League”. On 11 February 2019, Ramsey signed a four-year contract with Juventus, which officially took effect on 1 July 2019. He would receive £400,000 a week making him the highest-earning British player ever based on basic salary. He made his debut as a substitute in a pre-season friendly. His official club debut came on 18 September, when he made a second-half substitute appearance in Juventus’s opening Champions League fixture of the 2019–20 season, a 2–2 away draw against Atlético Madrid. He made his Serie A debut and first start for the club on 21 September, in a 2–1 home win over Verona, during which he also scored his first goal for the club. On 20 October 2020, Ramsey made his 50th Champions League appearance in a 2–0 away win over Dynamo Kyiv, becoming only the third Welsh male player to achieve this milestone in the competition after Ryan Giggs and Gareth Bale. 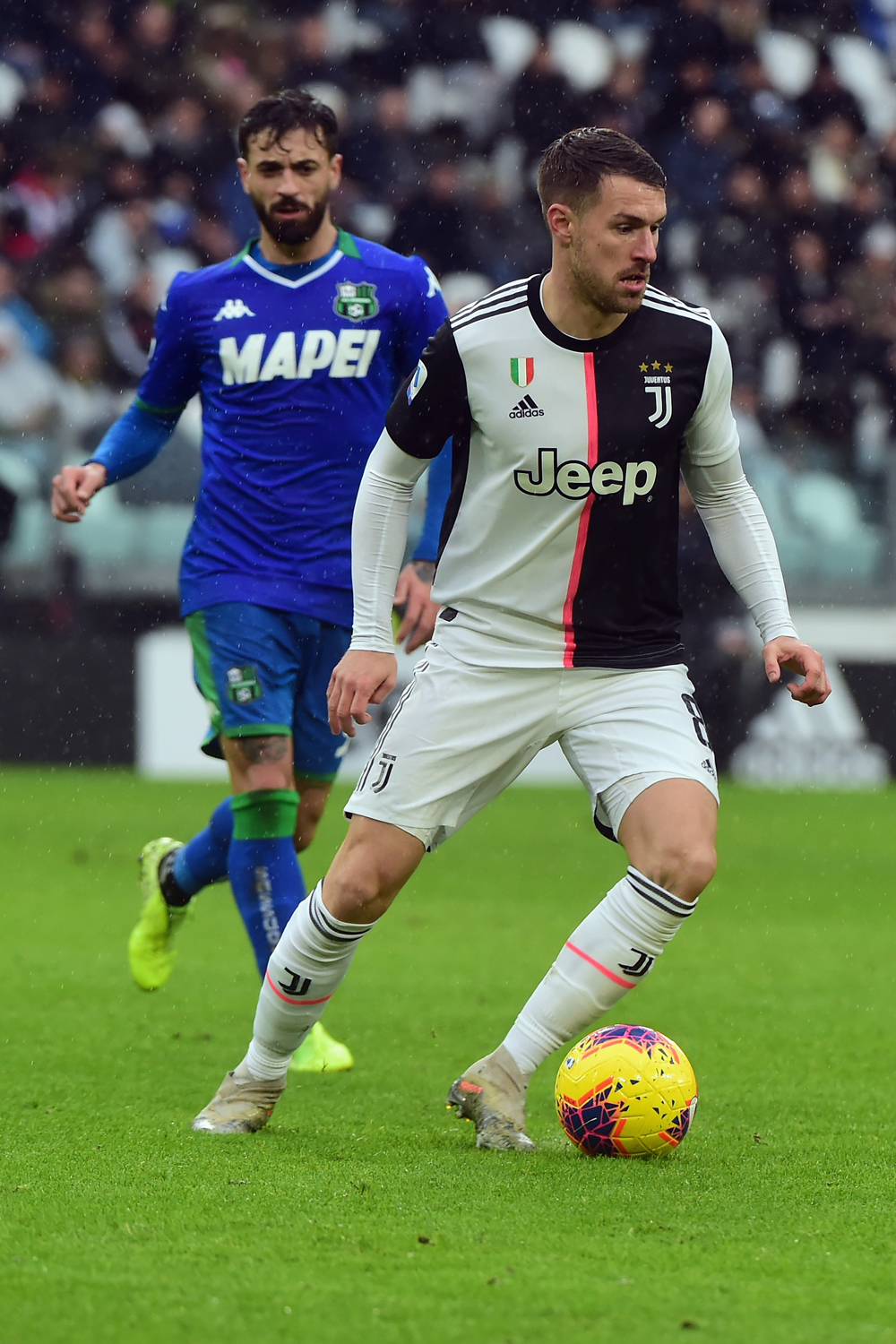 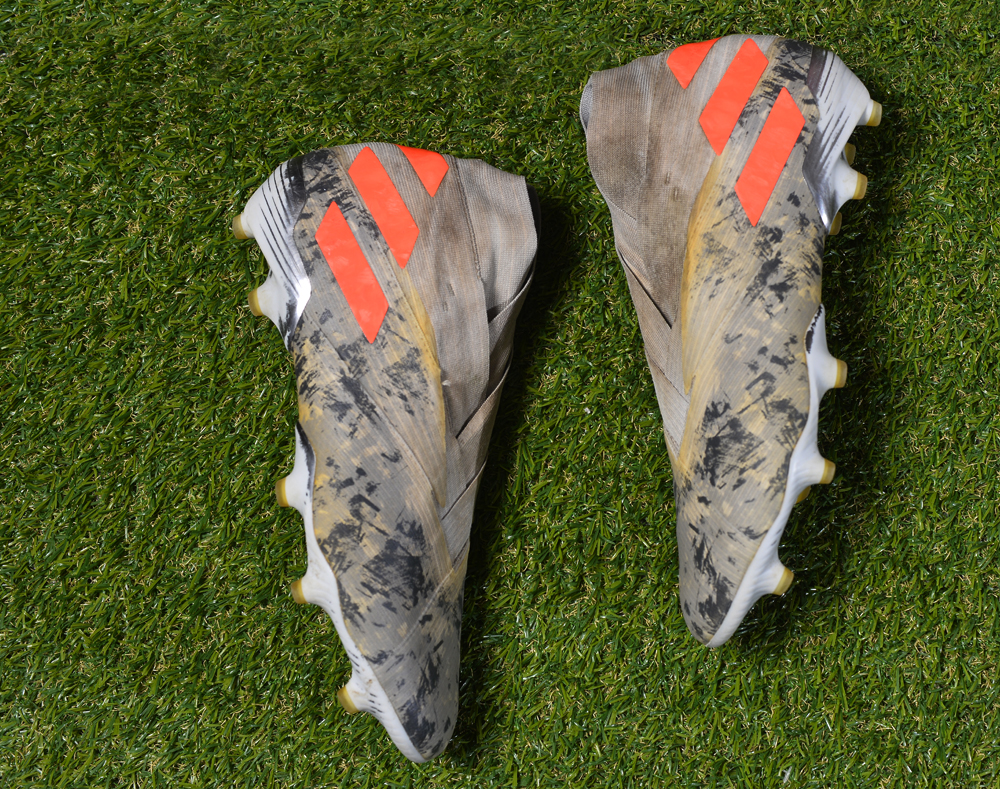 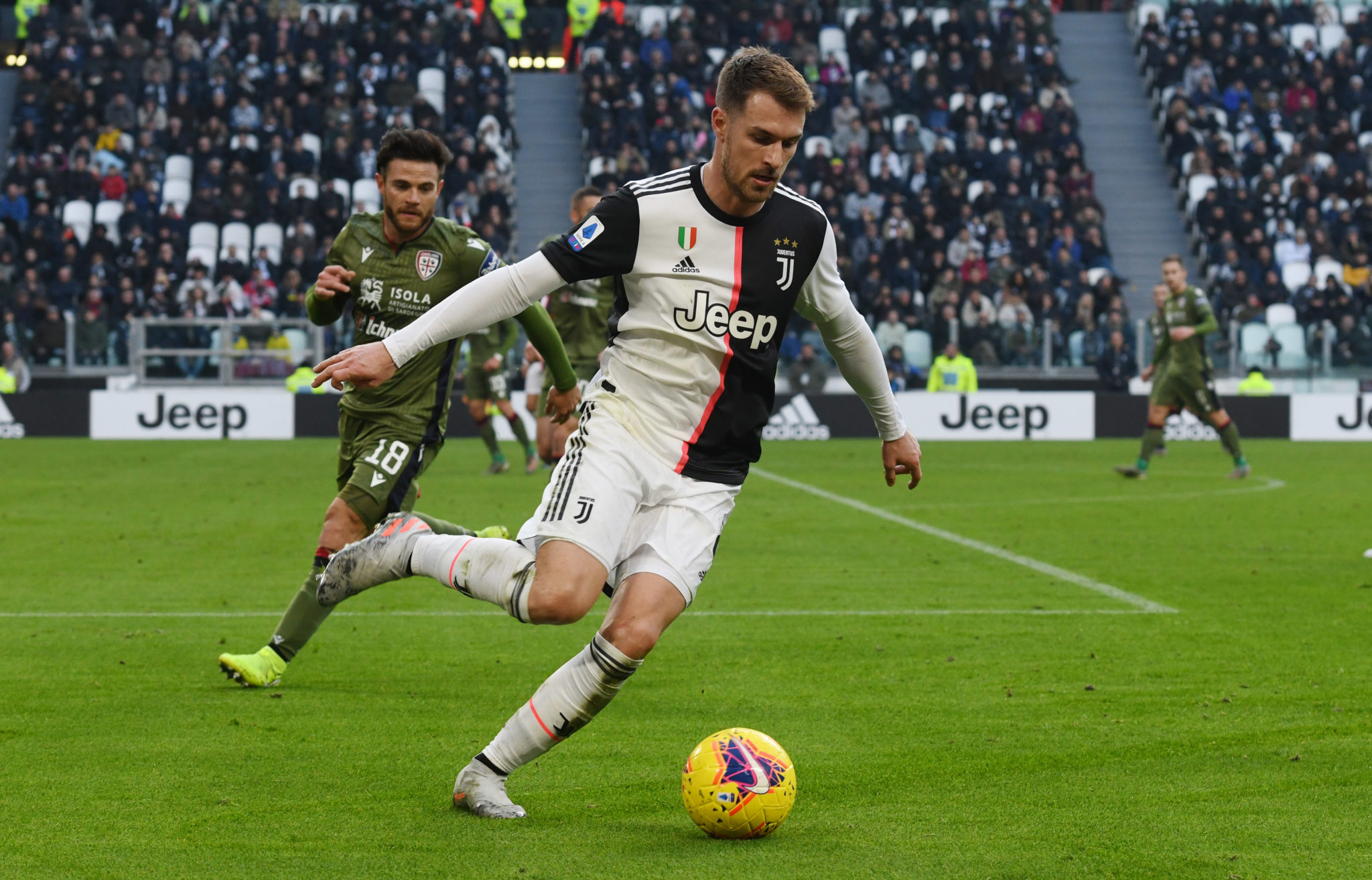 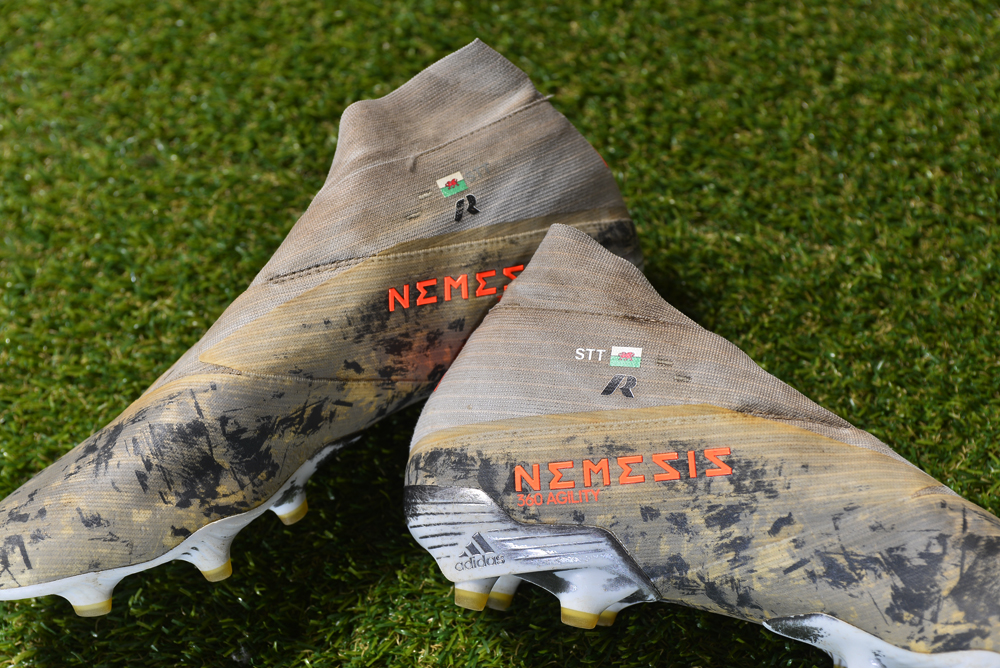 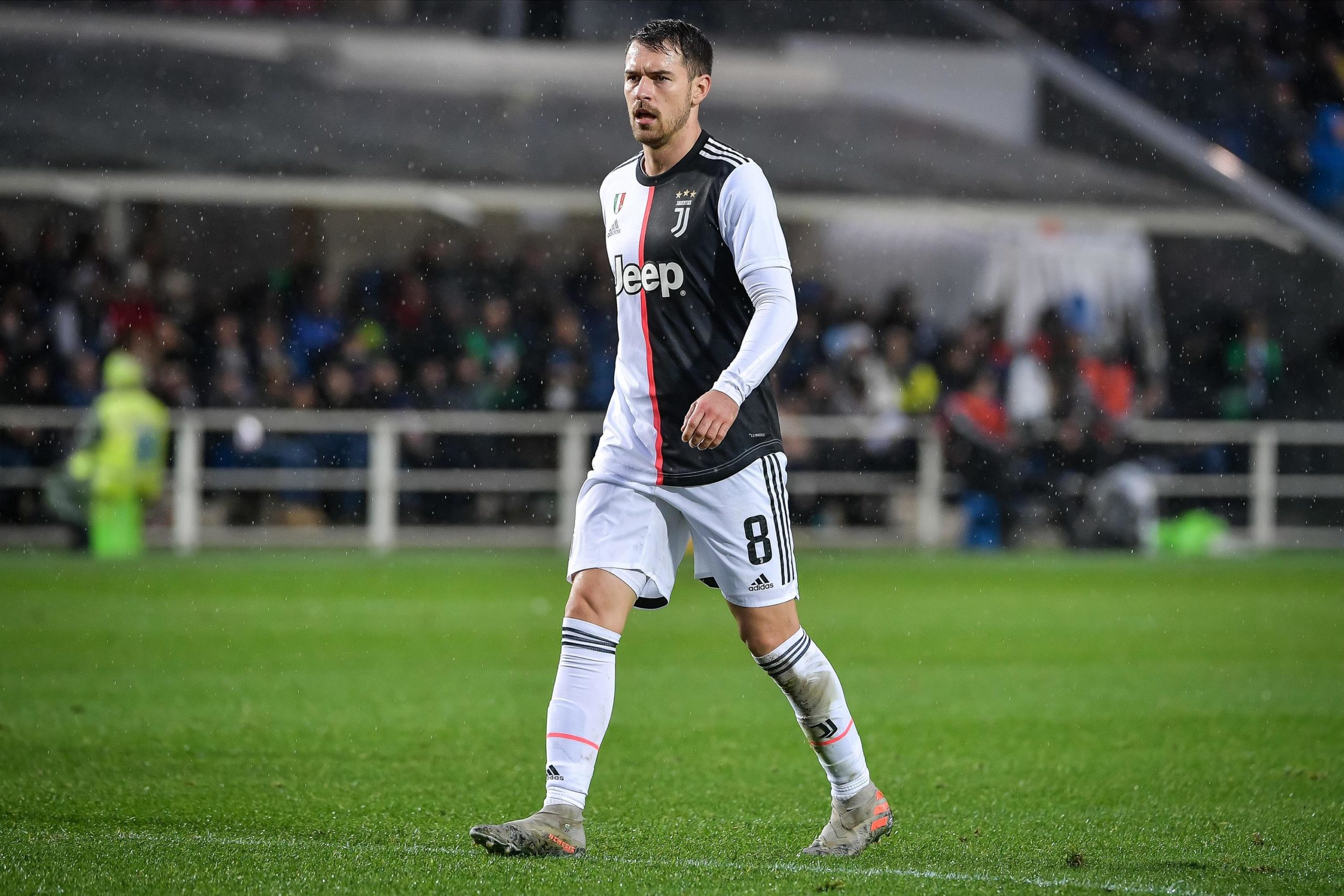 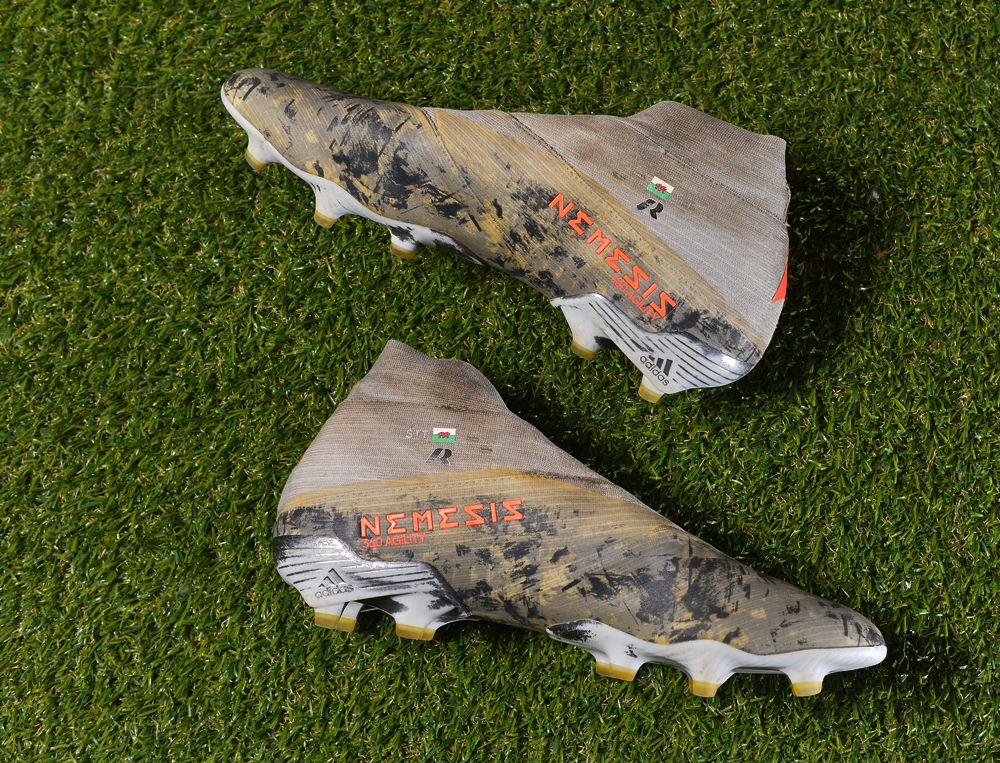 Grosso Grosso2021-02-05T22:08:01+00:00
Page load link
This site uses cookie technology, including third parties' ones. If you want to know more click here. If you access any element of this site outside this banner, you consent to the use of cookies. Ok
Go to Top