These boots were worn by Giacomo Raspadori during the season 2021/2022 with S.S.C.Napoli. These are the Adidas next-generation Adidas X Speedportal boots that are the first Adidas boots to feature the new Adidas logo without the Adidas text. Features include a carbon heel lock, an engineered Primeknit collar as well as two extra forefoot studs to maximize straight-line acceleration. The Adidas ‘Game Data’ X Speedportal football boots boast a striking and modern design in hi-vis yellow and black. The official colorway is “Solar Green/Core Black/Solar Yellow”. These boots were especially made for Giacomo Raspadori with “GR18” alongside with the Italian flag printed on sides. 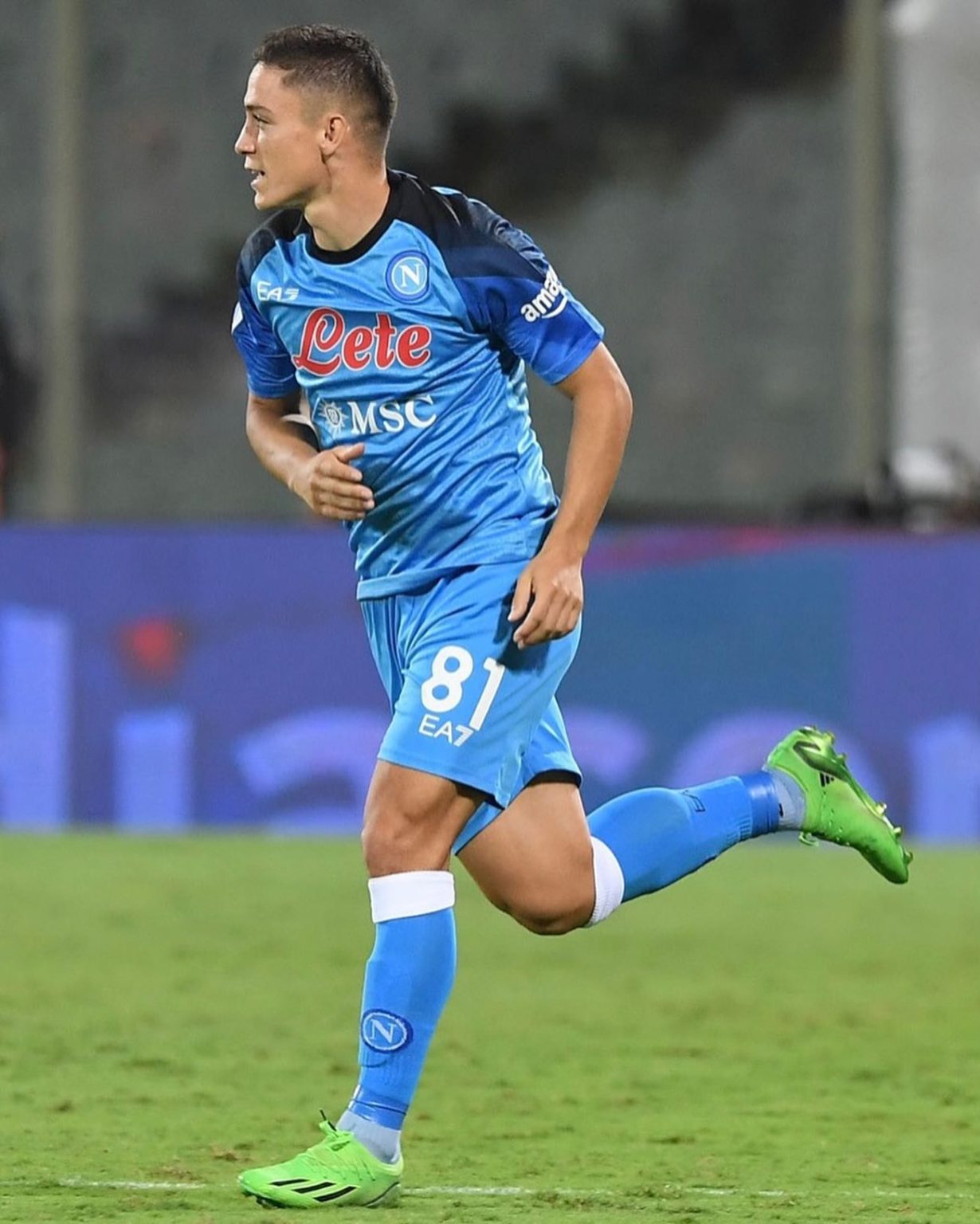 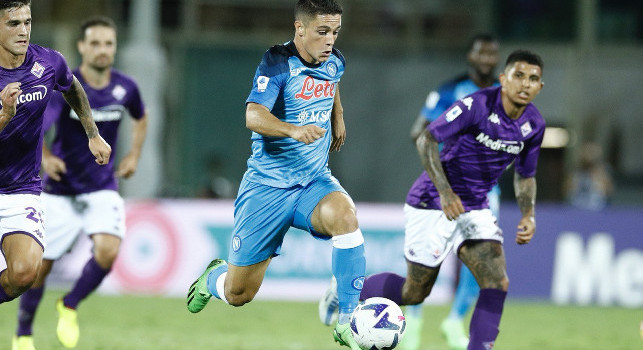 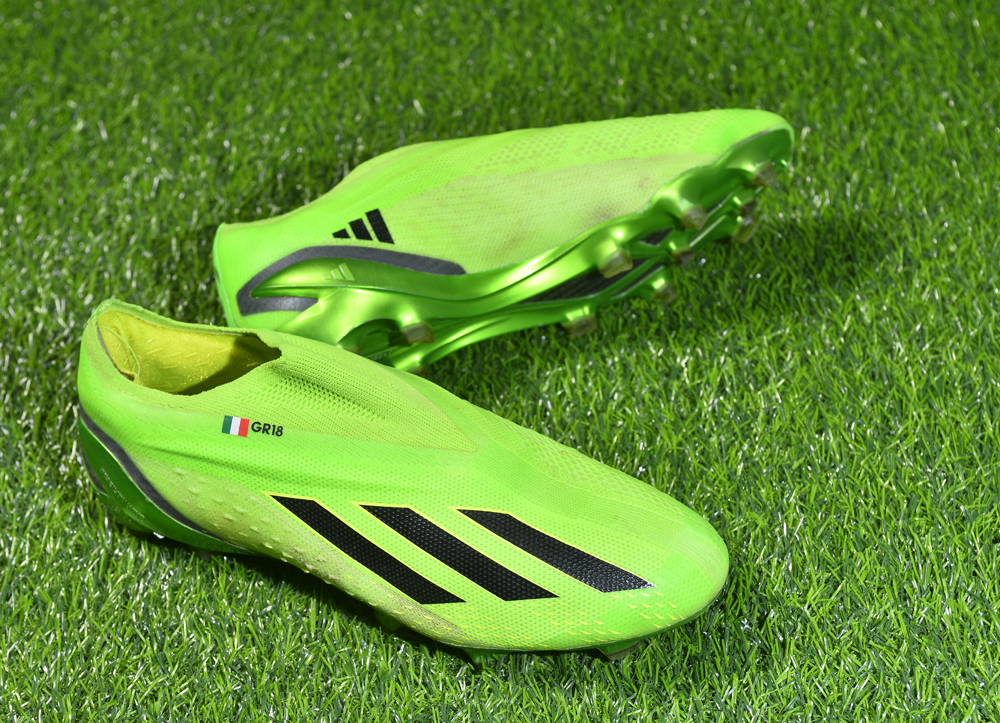 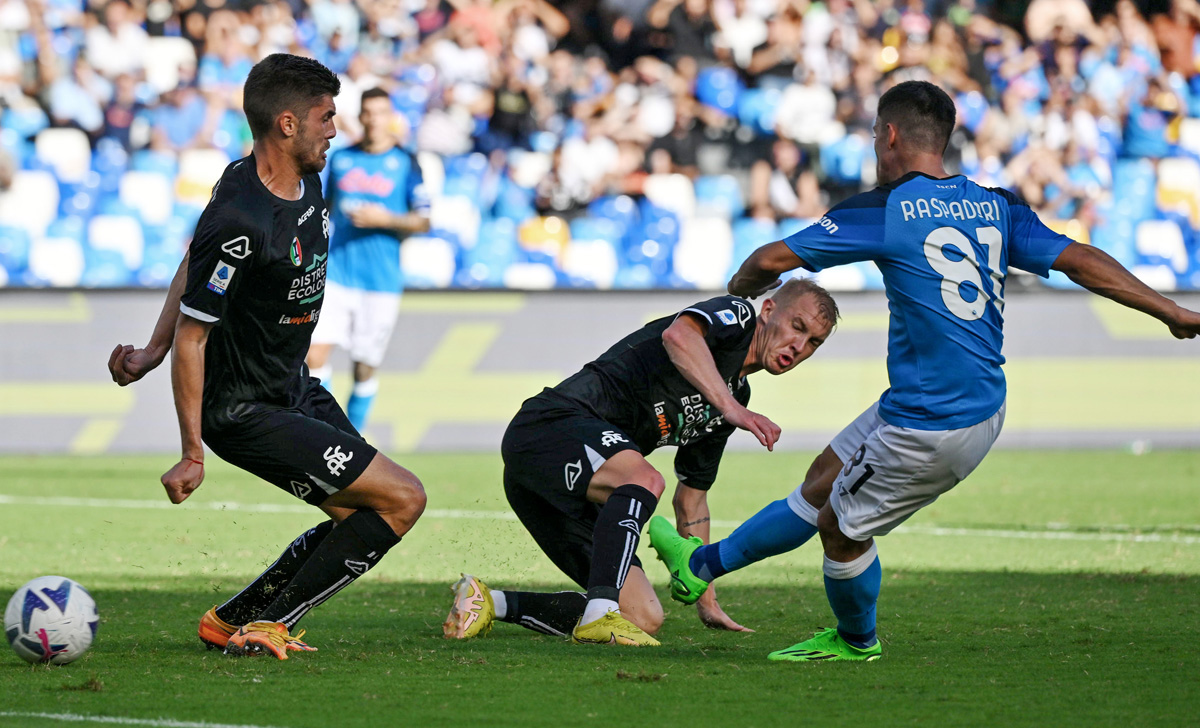 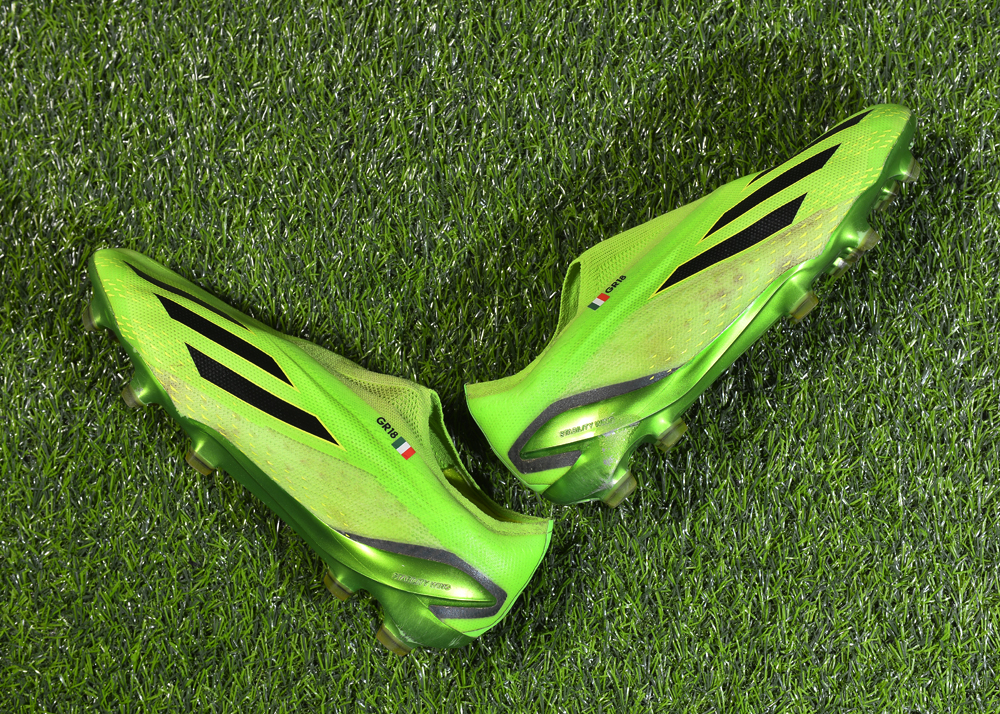 Grosso Grosso2022-12-31T00:18:18+00:00
Page load link
This site uses cookie technology, including third parties' ones. If you want to know more click here. If you access any element of this site outside this banner, you consent to the use of cookies. Ok
Go to Top