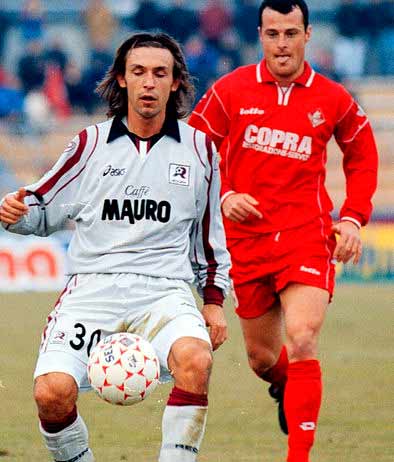 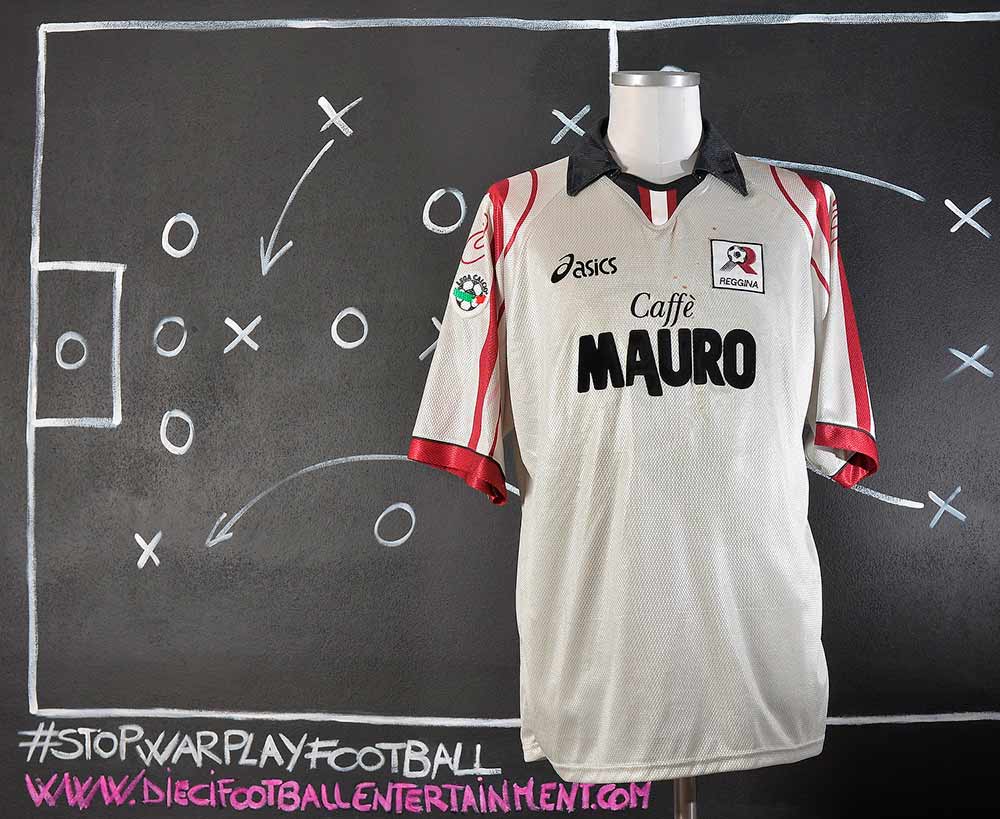 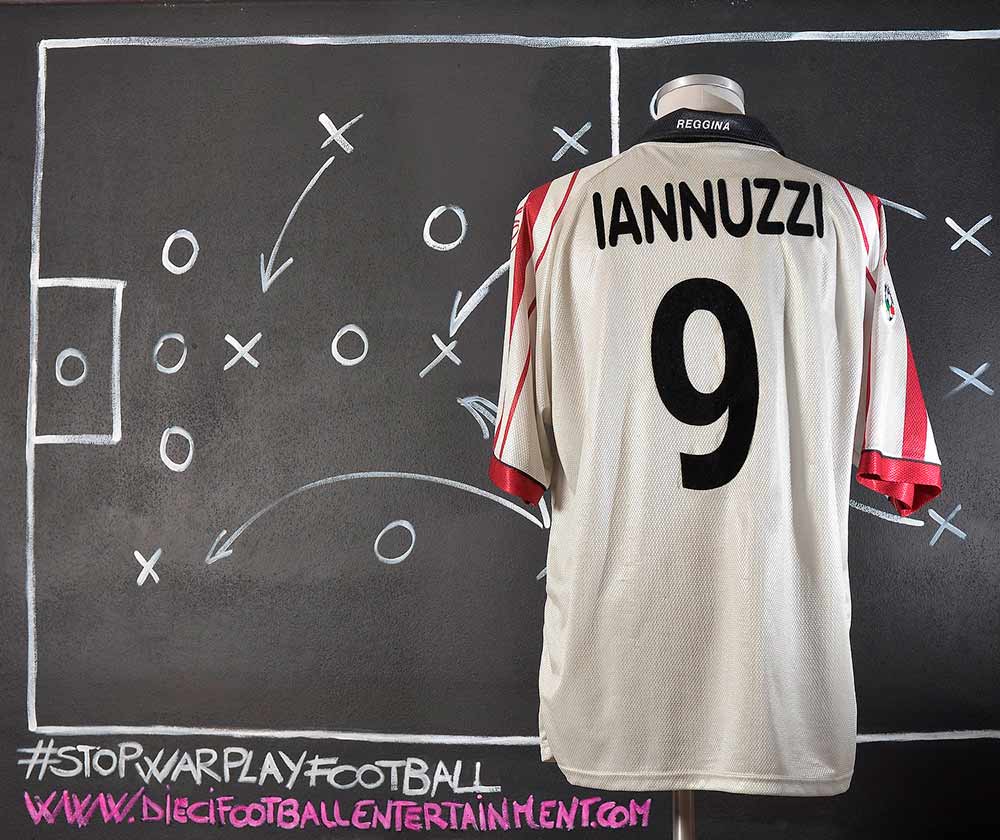 Reggina Calcio made its Serie A debut in the 1999-00 season, resulting in a successful twelfth place for the southernmost team in the league at the time. The season also saw the definite breakthroughs of Roberto Baronio, Andrea Pirlo and Mohamed Kallon, the trio having a successful season, that played their part in all the three of them joining bigger clubs in the summer. The performance also owed much to goalkeeper Massimo Taibi, coming back from a poor spell at Manchester United. 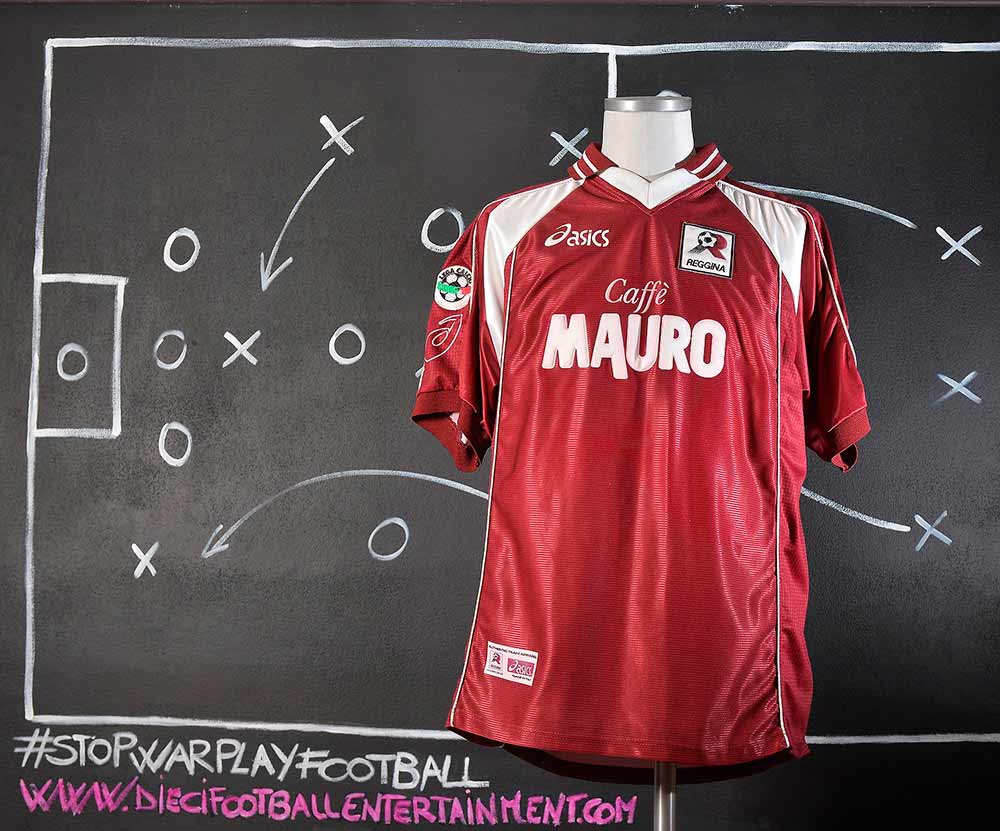 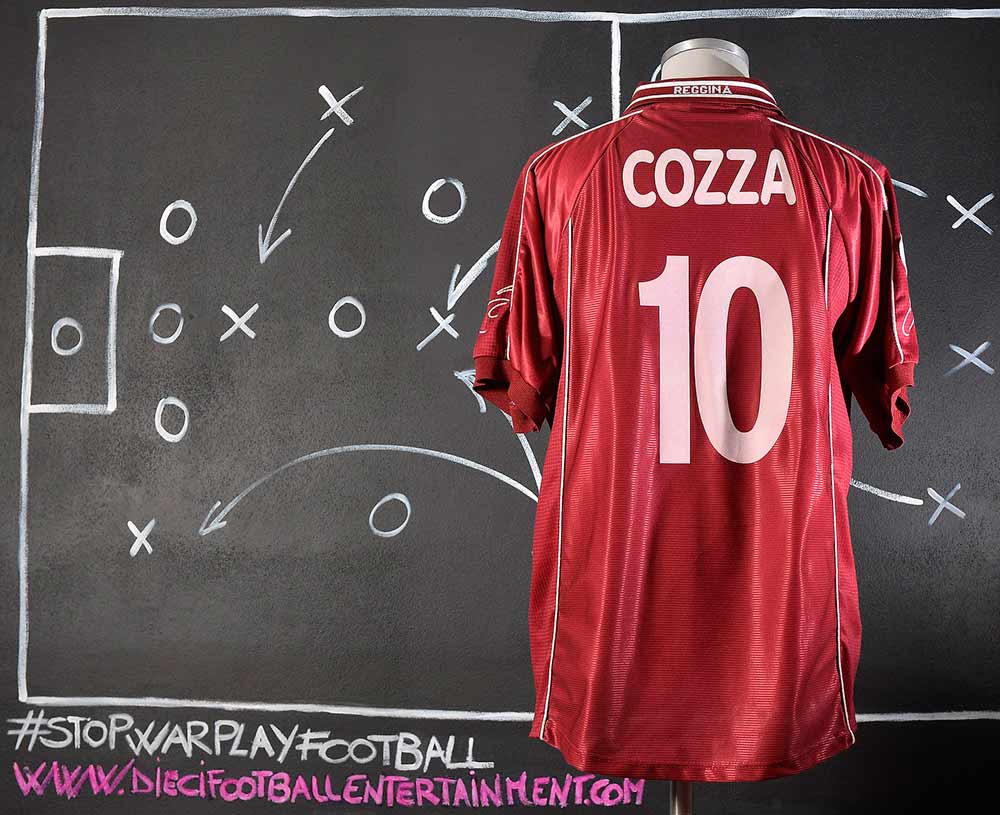 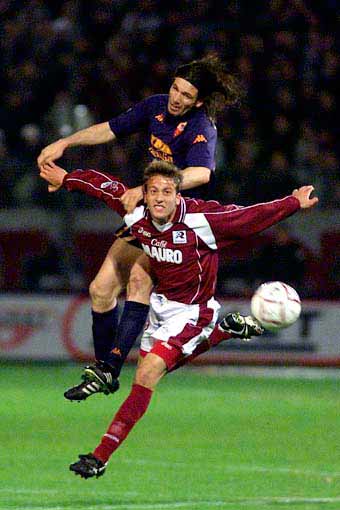 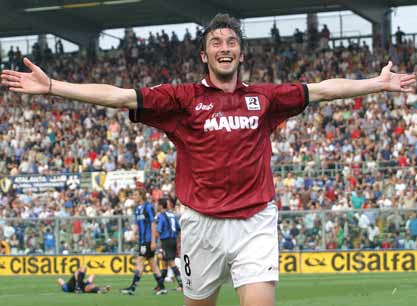 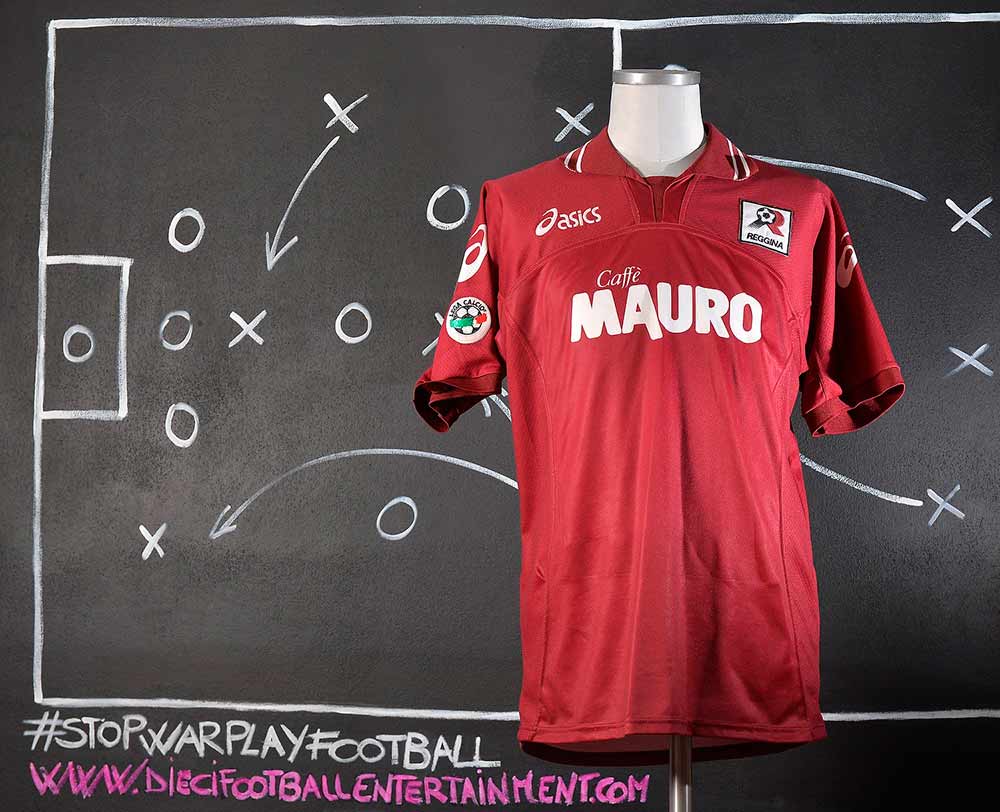 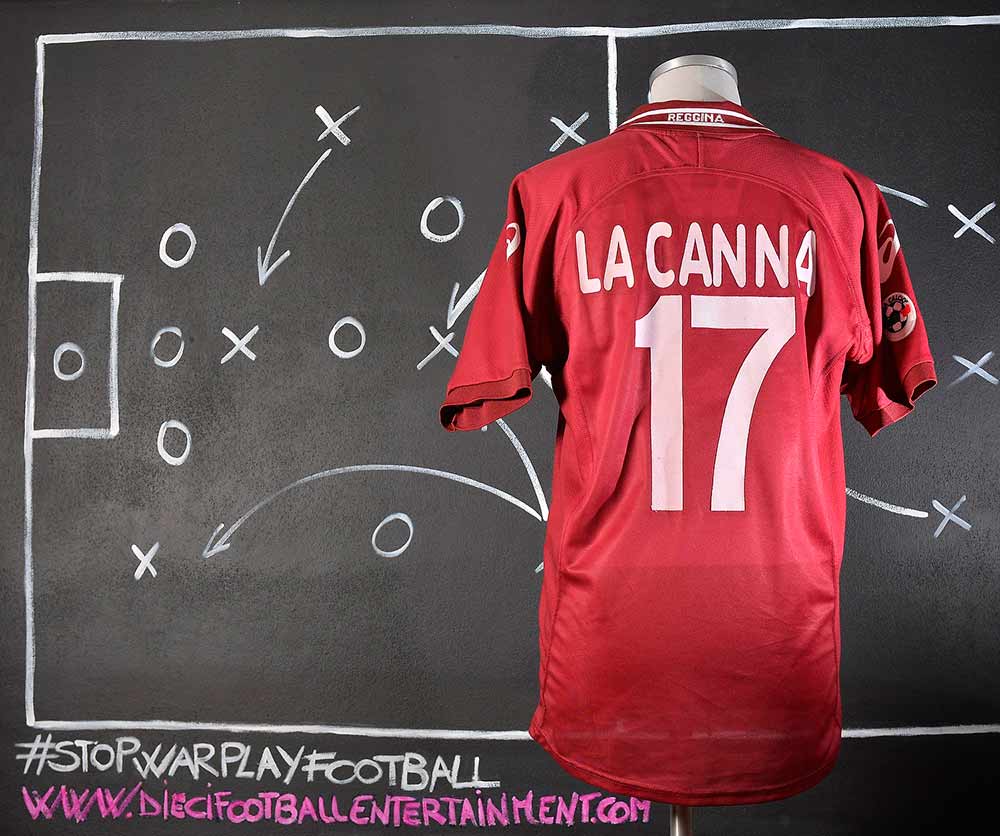 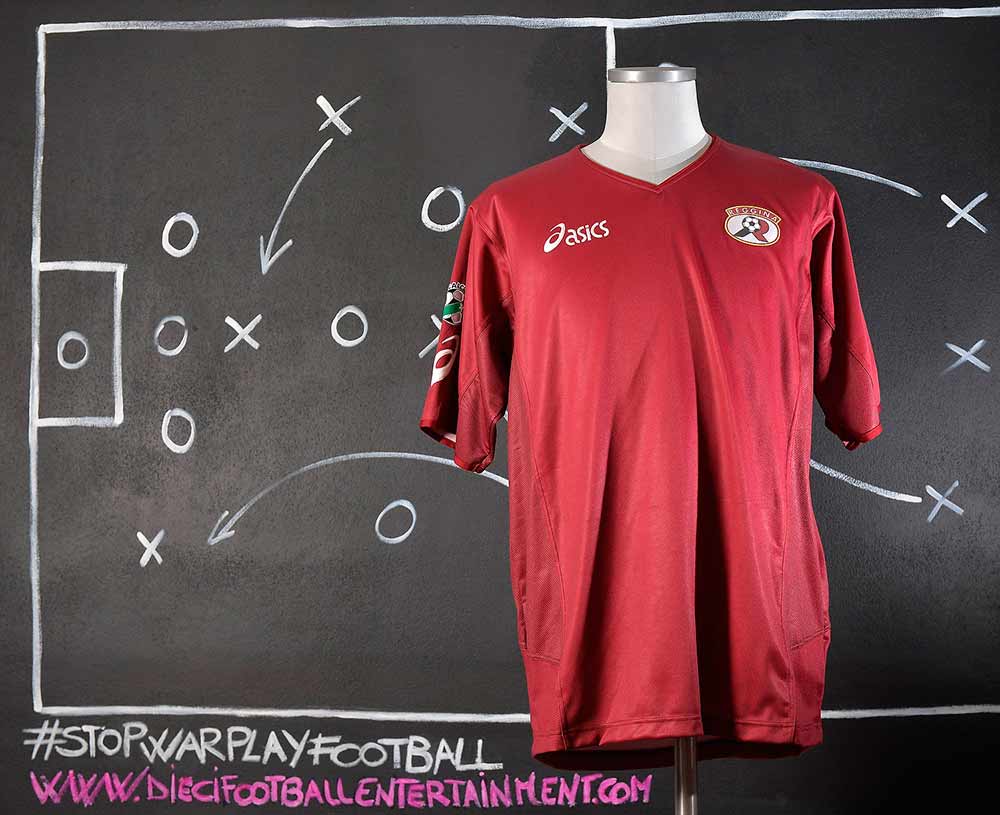 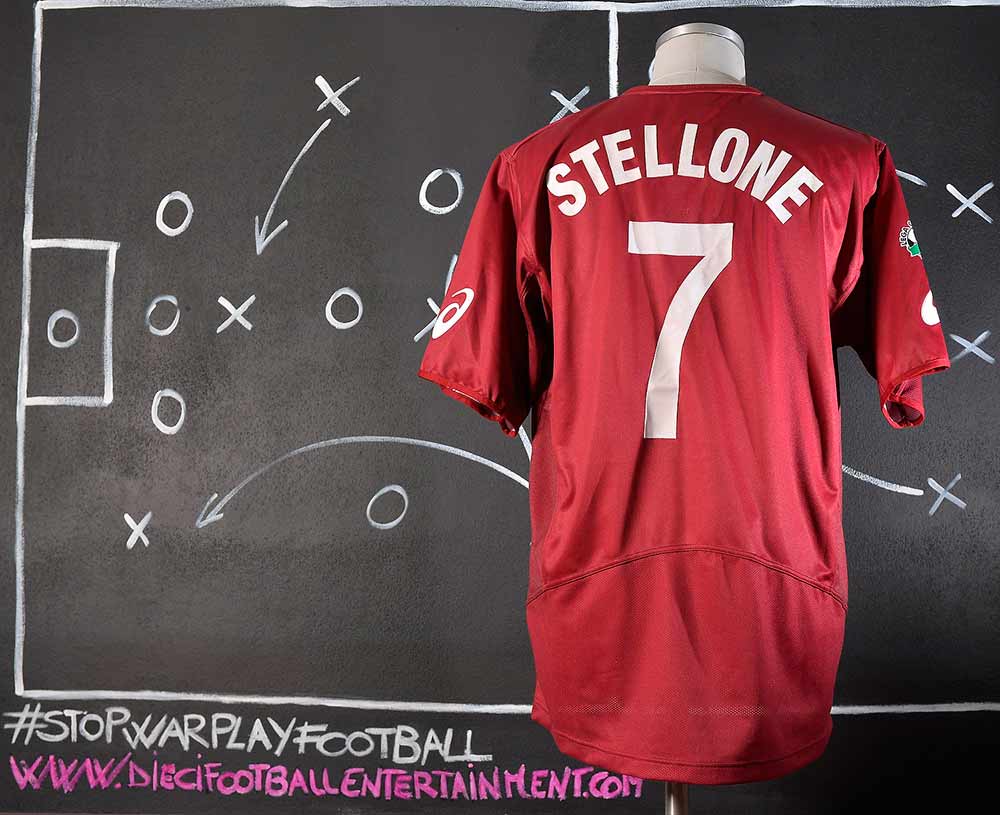 Reggina Calcio did renew its Serie A contract on the second consecutive occasion, ensuring the longest stay of the Calabrian club in the top division of Italian football. With returning coach Franco Colomba not being successful in his third stay at the club, Giancarlo Camolese guided the side to 13th place in the league. With only 29 goals scored, Reggina relied heavily on its defence for the survival, and Martin Jiránek plus defensive midfielder Davide Baiocco strengthened their reputations. After the season, Baiocco returned to Juventus, who in turn loaned him out to Reggina’s arch-rivals Messina, newcomers for the 2004–05 season, setting up the first Messina strait derby in the highest division ever. 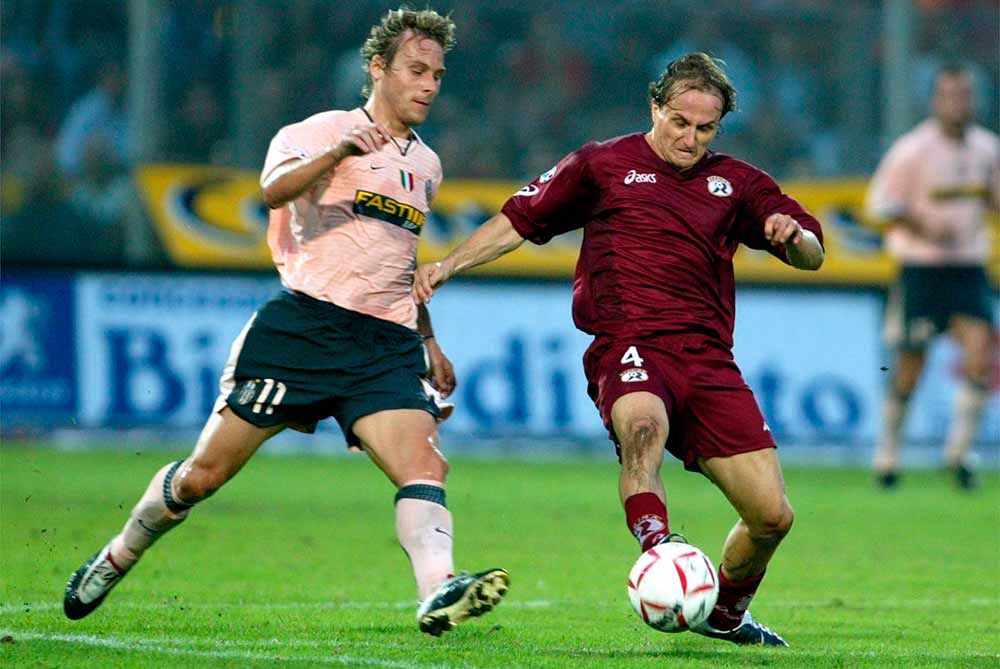 The team played the first part of the season with no sponsor on chest. Going on with the season the CREDIT SUISSE sponsor was printed on chest. 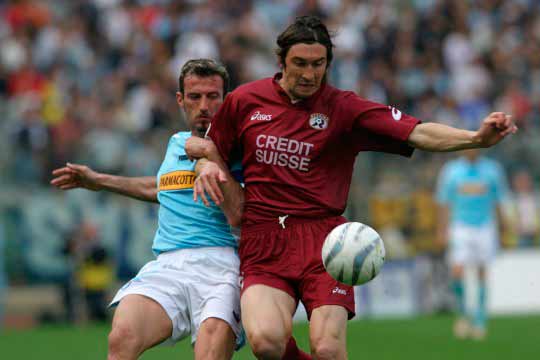 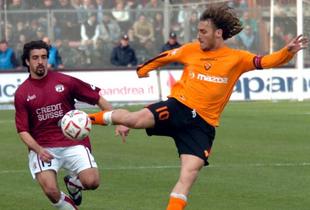 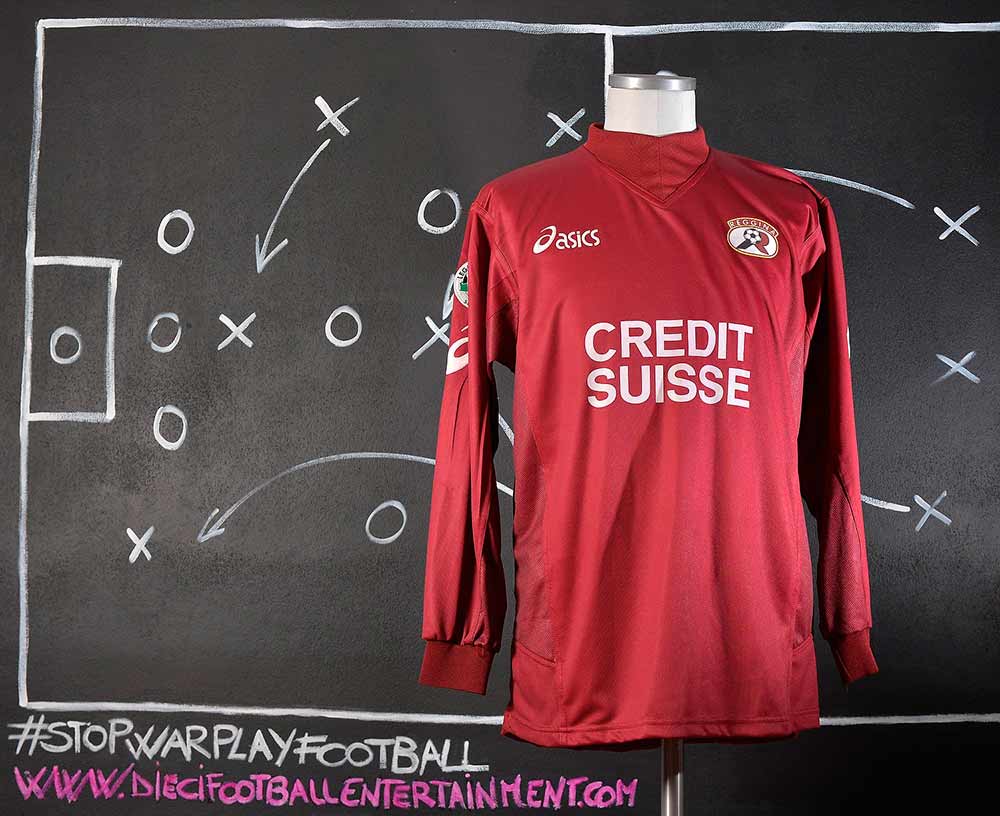 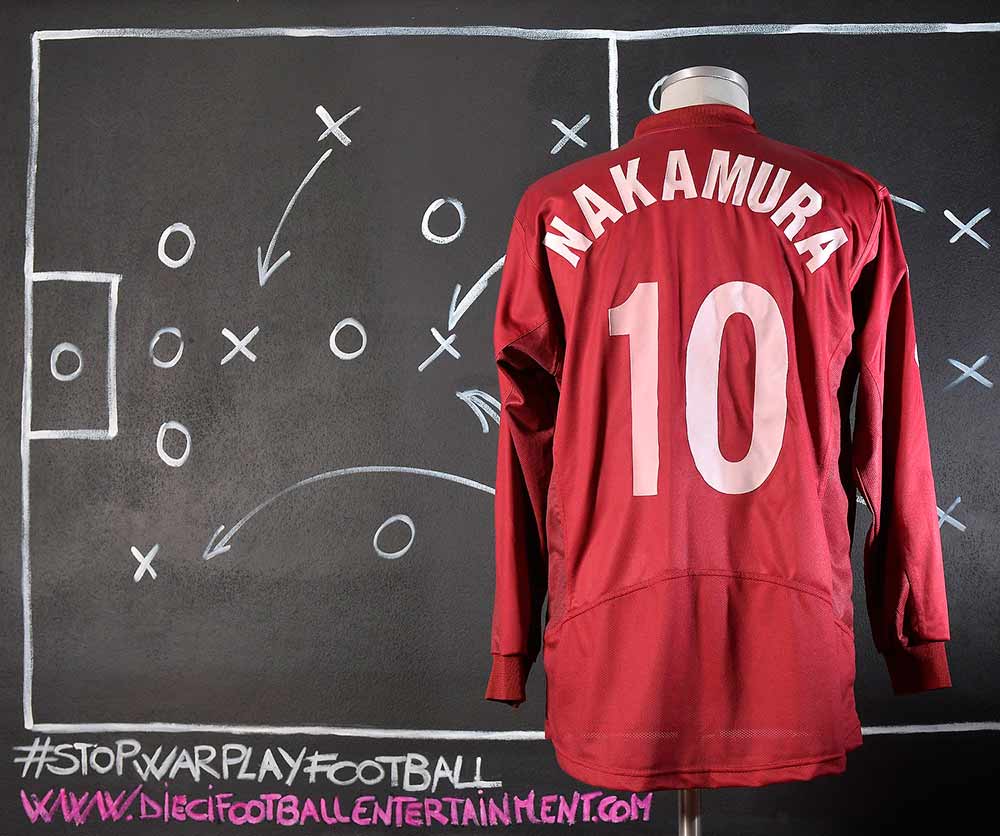 Nakamura had come to the attention of Reggina scouts after an international match against Honduras during the 2002 Kirin Cup in which Nakamura had a standout performance and scored two goals. Reggina gained promotion to Serie A after the 2001–02 season and had already been looking to sign a marquee player for some time. It is said that, on the day Reggina secured promotion, then-Chairman Pasquale Foti had already called the Marinos to inquire about a Nakamura transfer while Reggina’s players were still on the pitch celebrating. Expectations for Nakamura were very high; the prestigious number 10 shirt was even taken from teammate Francesco Cozza and given to Nakamura, and the club sold 25,000 Nakamura shirts in the first five months he was at the club. Nakamura responded by scoring in three consecutive matches early in the season; in league play, Nakamura finished the season with 32 appearances and tied for the team lead with 7 goals, helping Reggina narrowly avoid relegation (Reggina defeated Atalanta in the relegation playoff). Nakamura struggled with injuries in 2003 and was limited to just 18 appearances in the 2003–04 season (these injuries also caused him to miss a 2003 Confederations Cup game against Colombia and national team duty in November 2003). Additionally, Reggina underwent four managerial changes in just Nakamura’s first two years at the club; Walter Mazzarri, hired in the summer of 2004, would already be Nakamura’s fifth manager at Reggina. The frequent changes resulted in Nakamura mostly coming off the bench during the 2003–04 season and not fitting in well under Mazzarri in 2004–05 when Reggina only scored 36 goals in their entire league campaign, with Nakamura only managing to contribute two goals (although each came in crucial 1–0 league victories in a season where Reggina finished only 2 points clear of the relegation zone). Coupled with Reggina’s struggle to avoid relegation every season that he had been at the club, Nakamura became concerned he was regressing from top level football[40] and decided it was time to move on. 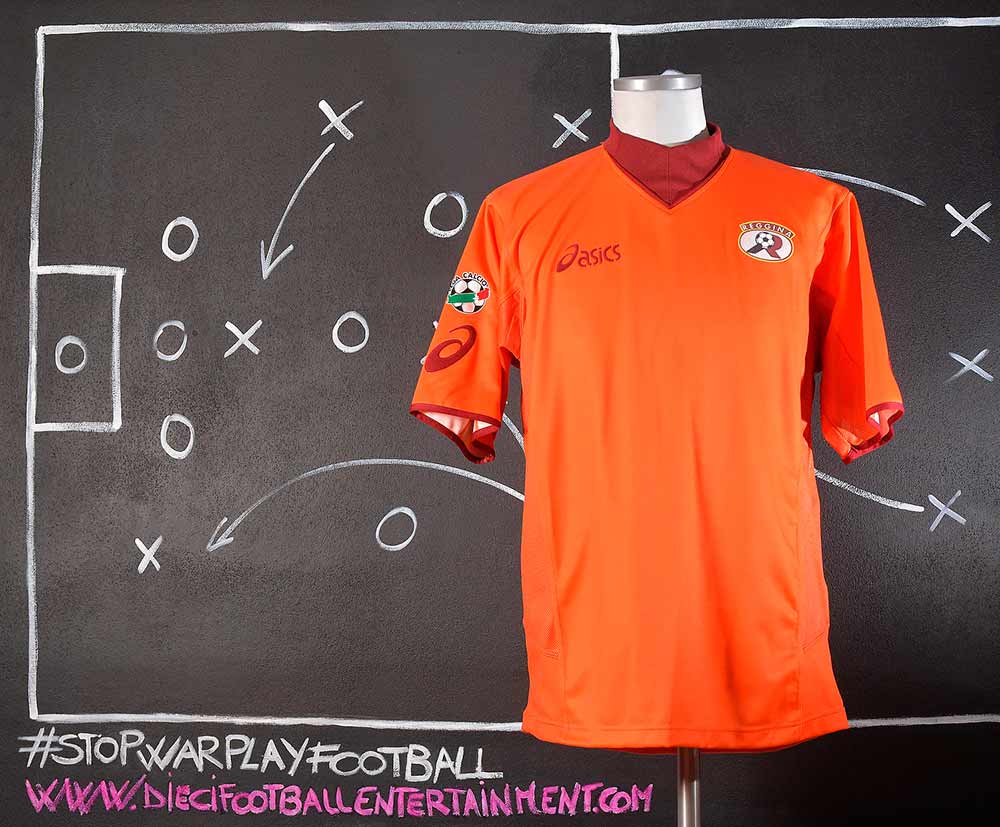 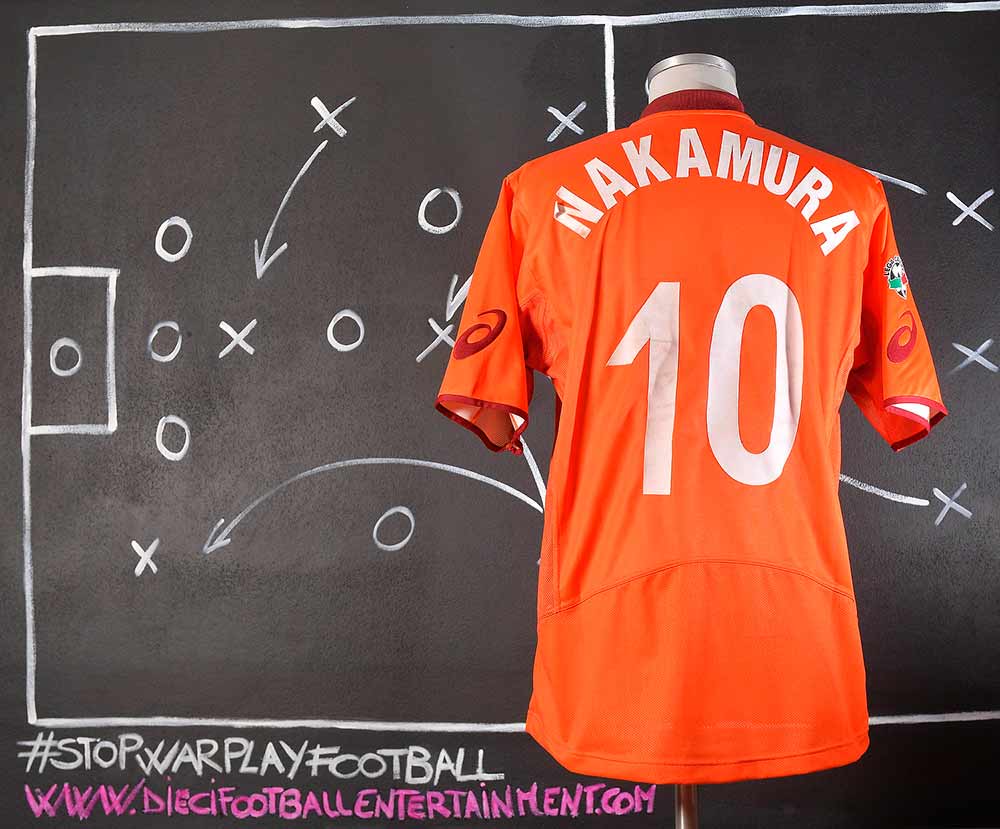 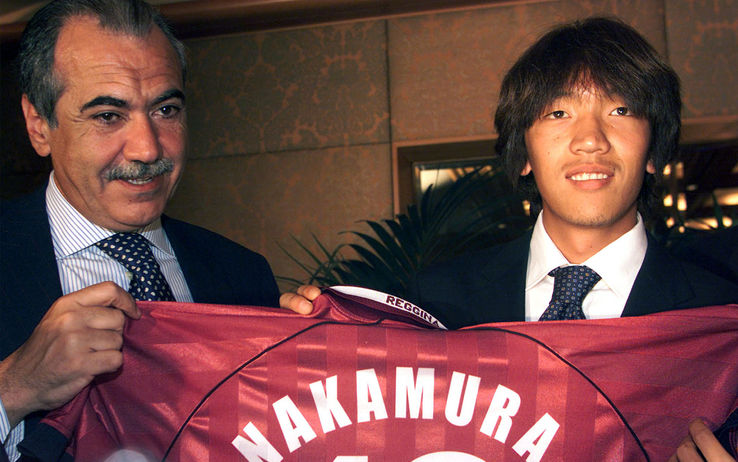 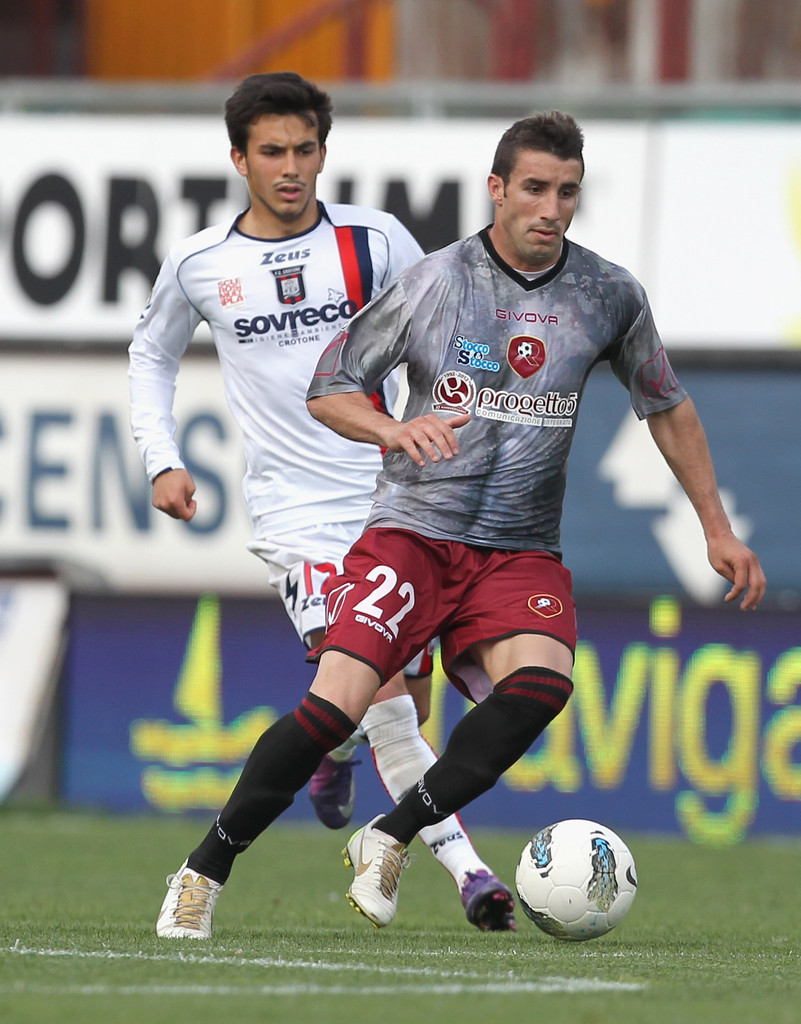 This shirt was worn by Marco Armellino during the Serie B game between Reggina and Crotone, which took place in Reggio Calabria, “Oreste Granillo” Stadium on April 14th 2012. This style of shirt was worn by the team in this game only and it represents the front of the world famous “Bronzi di Riace” (Riace Bronzes). The marketing campaign behind this shirt says “Indossa la Calabria” (Wear the Calabria). This campaign was released to promote the local art and tourism. The “Riace Bronzes”, also called the Riace Warriors, are two full-size Greek bronzes of naked bearded warriors, cast about 460–450 BC that were found in the sea near Riace (Reggio Calabria) in 1972. The bronzes are in the Museo Nazionale della Magna Grecia in the southern Italian city of Reggio Calabria, Italy. This shirt was released in a limited edition of 50 pcs for the players, all numbered on the back with a small red neck number, and few more pieces not numbered were released for fans that were sold to the club’s shop only. 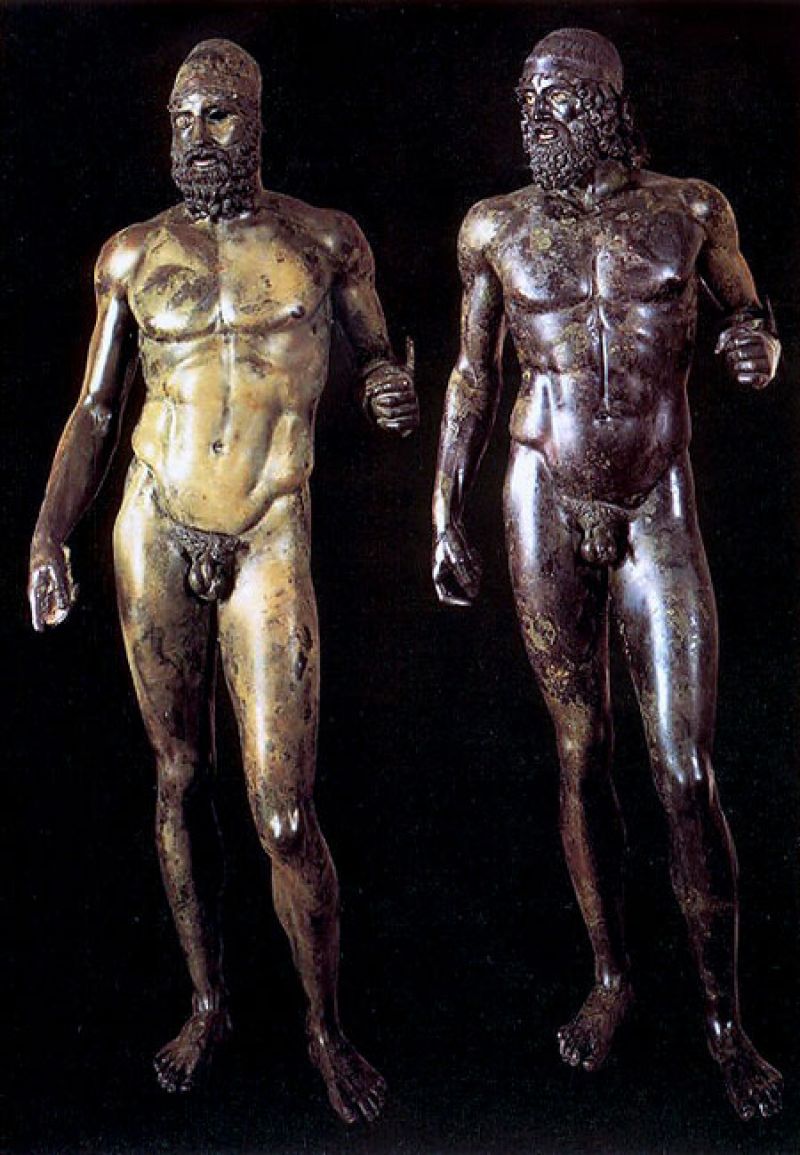 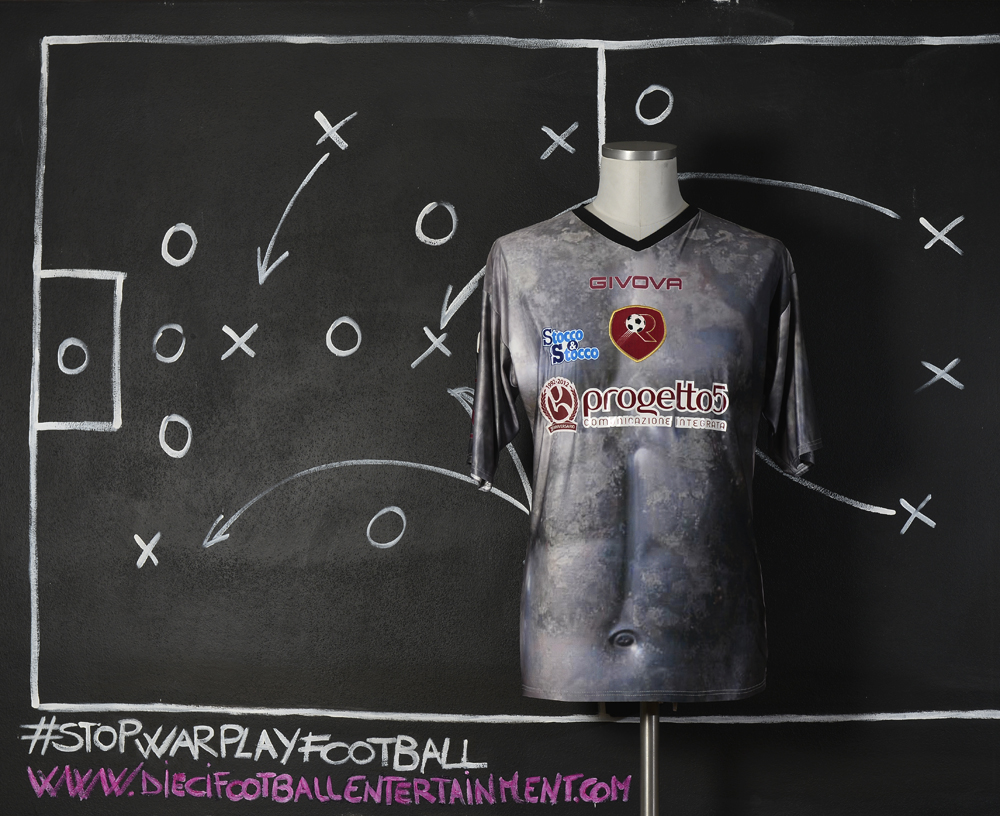 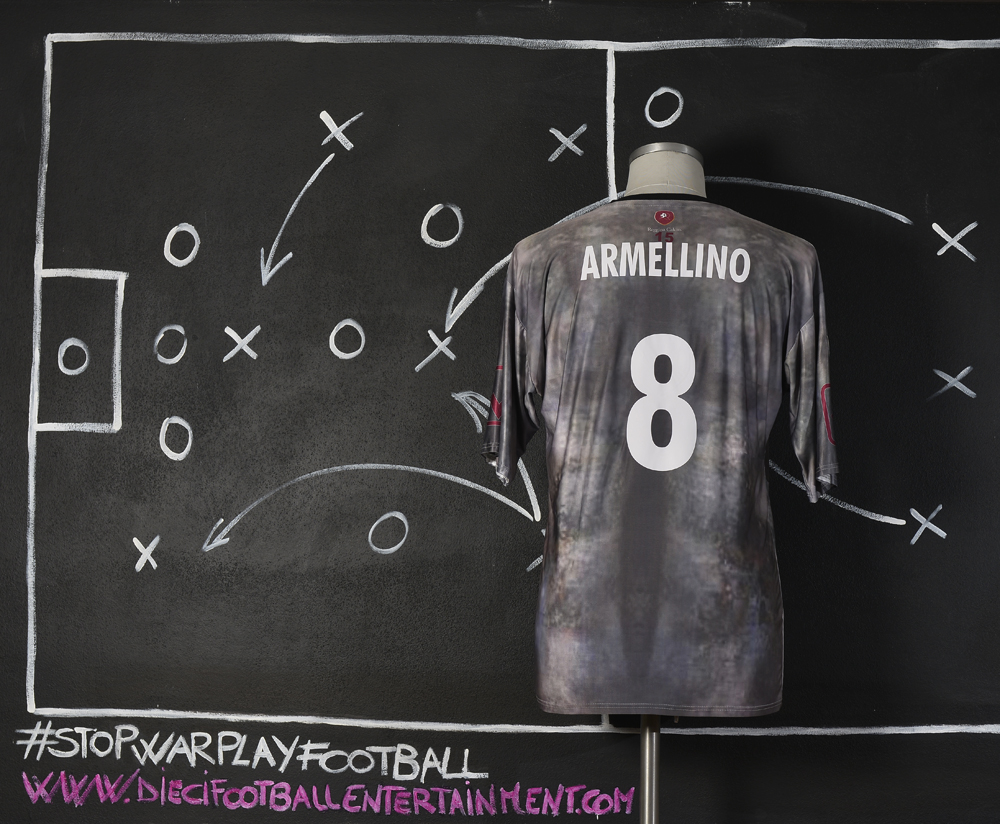 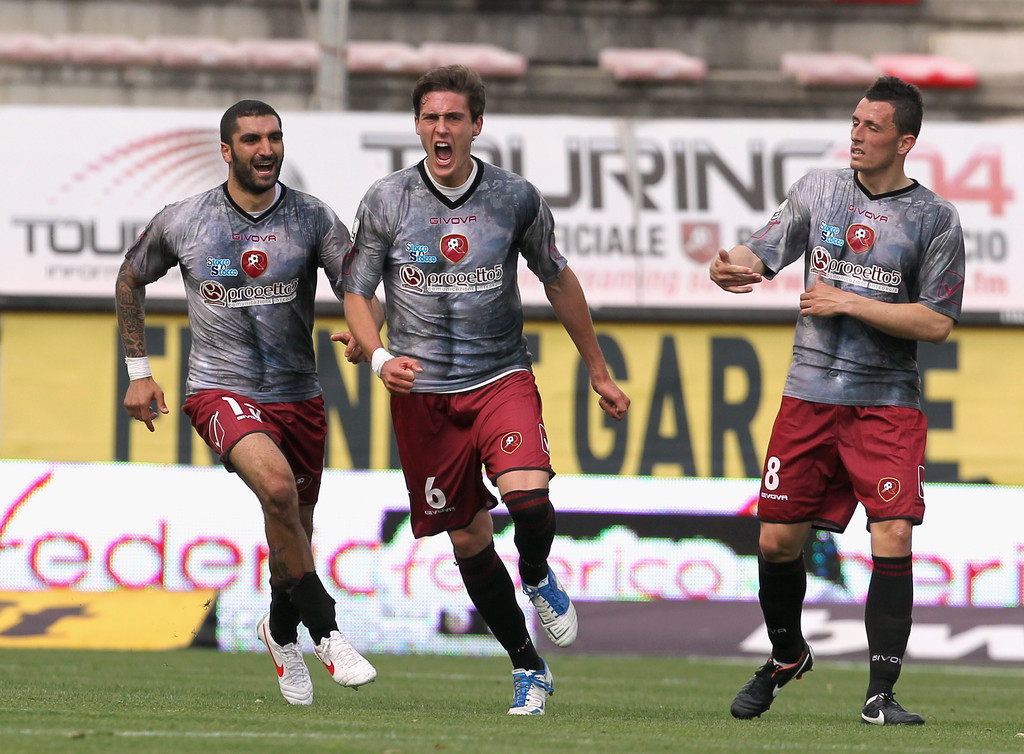 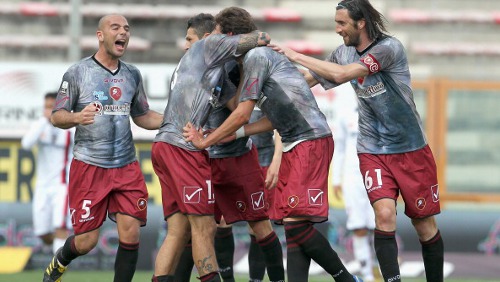 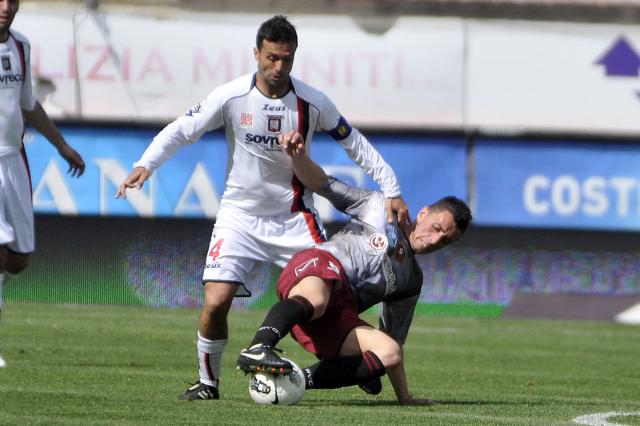 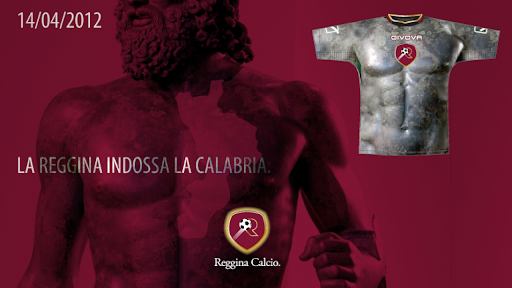 Grosso Grosso2020-06-29T10:24:09+00:00
Page load link
This site uses cookie technology, including third parties' ones. If you want to know more click here. If you access any element of this site outside this banner, you consent to the use of cookies. Ok