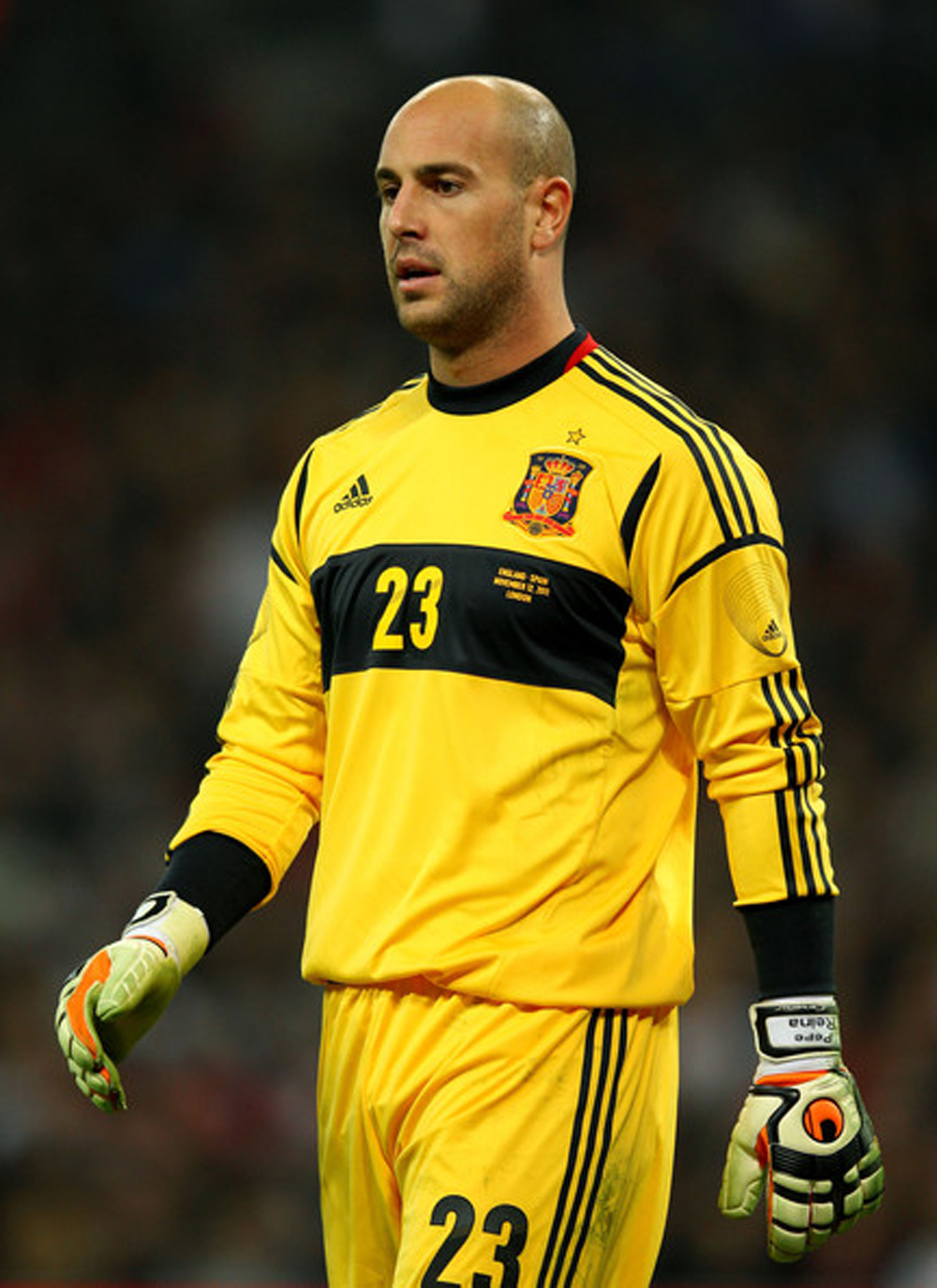 José Manuel “Pepe” Reina Páez is a Spanish footballer who plays as a goalkeeper for the Spanish national team. The son of famed Barcelona and Atlético Madrid goalkeeper Miguel Reina, Pepe Reina began his career with the Barcelona youth team and made his La Liga debut in the 2000–01 season. He signed for Villarreal in 2002, winning the UEFA Intertoto Cup twice. Reina moved on to Liverpool and made his debut in the 2005 UEFA Super Cup, which Liverpool won. He instantly became first-choice goalkeeper and went on to win both the FA Cup – where he saved three out of four West Ham United penalties in the final – and the FA Community Shield. In 2007, he reached the Champions League Final with Liverpool, matching the feat achieved by his father in 1974, but Liverpool lost to Milan. Following eight consecutive seasons as Liverpool’s first-choice keeper, Reina spent the 2013–14 season on loan at Napoli, where he was reunited with Rafael Benítez, the coach who signed him to play for Liverpool in 2005. During his loan tenure in Naples, Reina was part of the side that won the 2014 Coppa Italia. At international level, Reina played for Spain’s youth team, winning the UEFA European Under-17 Football Championship in 1999. He made his senior debut in 2005, and has generally been selected as the second-choice keeper behind Iker Casillas. He was part of the Spain squad for the 2006 FIFA World Cup and made one appearance in their victorious UEFA Euro 2008 campaign, earning him his first international honour. He was later part of the Spain squads that won their first ever World Cup in 2010 and their third UEFA European Championship in 2012, as well as featuring at the 2014 and 2018 World Cups. Reina is also the record holder for appearances by a Spanish player in the Premier League, with more than 200 appearances in just his first five seasons, 108 of the 219 appearances being clean sheets. In the 2010–11 season, he kept his 100th Premier League clean sheet for Liverpool in a 3–0 win against Aston Villa. Reina is well known for his distribution, ball skills, technique, positioning, shot-stopping, leadership, and ability to save penalties; he has also functioned as a “sweeper-keeper” on occasion throughout his career, due to his anticipation and speed when rushing off his line, as well as his ability to start plays or create chances from the back. Fellow goalkeeper Gianluigi Buffon named Reina as the best goalkeeper of his era with his feet. He has set a number of goalkeeping records for Liverpool and won the Premier League Golden Glove award for most clean sheets in a single season in his first three seasons at the club. 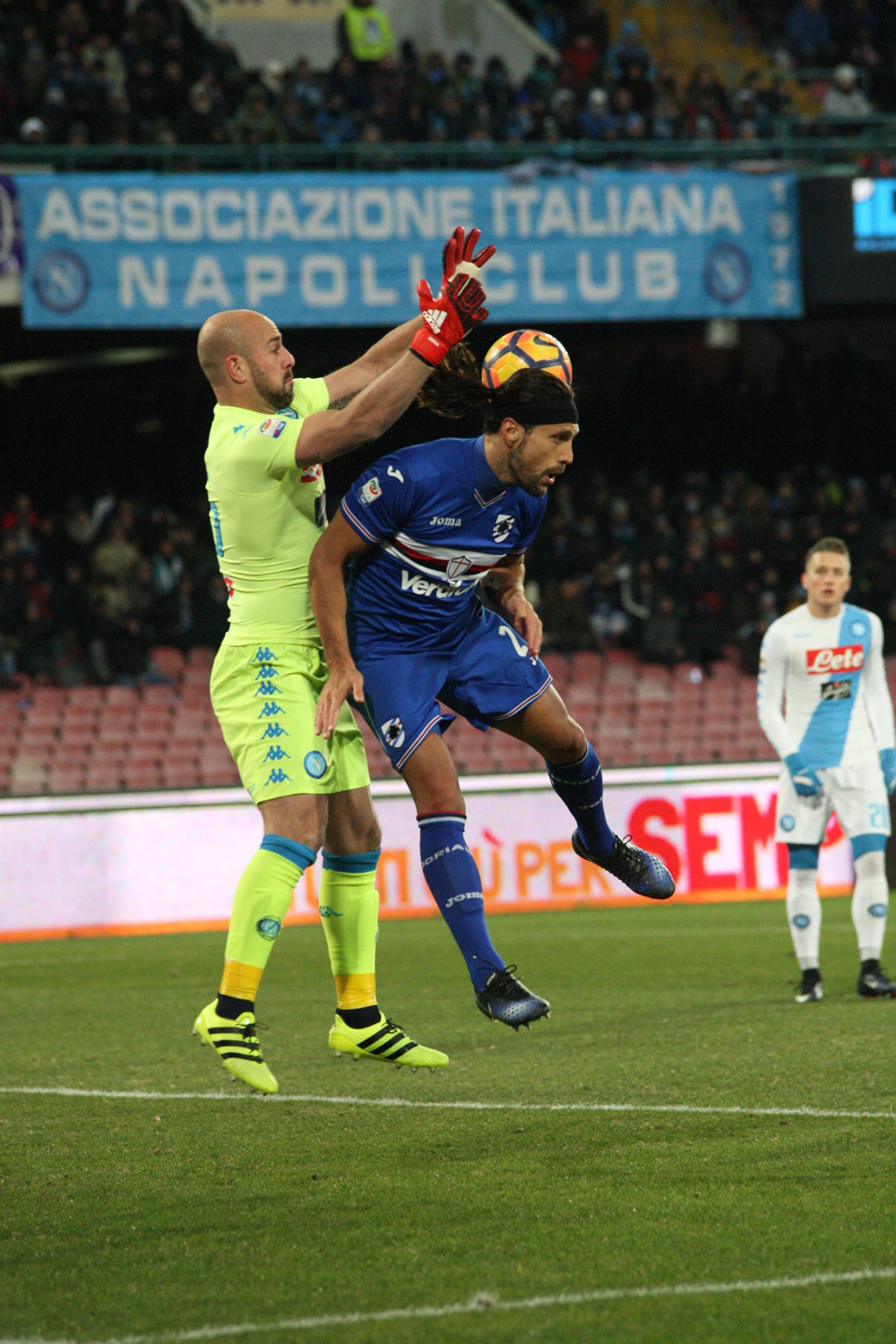 This shirt was worn by Pepe Reina during the Serie A game between Napoli and Sampdoria which took place in Napoli, “Stadio San Paolo”, on January 7th 2017. Napoli defeated Sampdoria 2-1 and at the end of the game Reina gave his shirt to the U.C.Sampdoria goalkeeper’s coach whom we got it from. Reina was loaned out to Napoli for the 2013–14 season. Reina subsequently expressed his disappointment that Liverpool agreed the loan with Napoli before informing him. He had made 394 appearances for Liverpool prior to the loan. In August 2013, Reina saved a penalty from Lukas Podolski against Arsenal in the pre-season Emirates Cup tournament, and in September, in a 2–1 win over Milan in September, he saved a Mario Balotelli penalty, the first goalkeeper ever to do so in a competitive match. On 28 September, Reina declared that his Liverpool career was likely over. After a loan to Bayern Munich On 23 June 2015, it was announced that Reina would return to Napoli on a three-year deal, after a one-year spell at Bayern Munich. In total he played 111 games for the team. 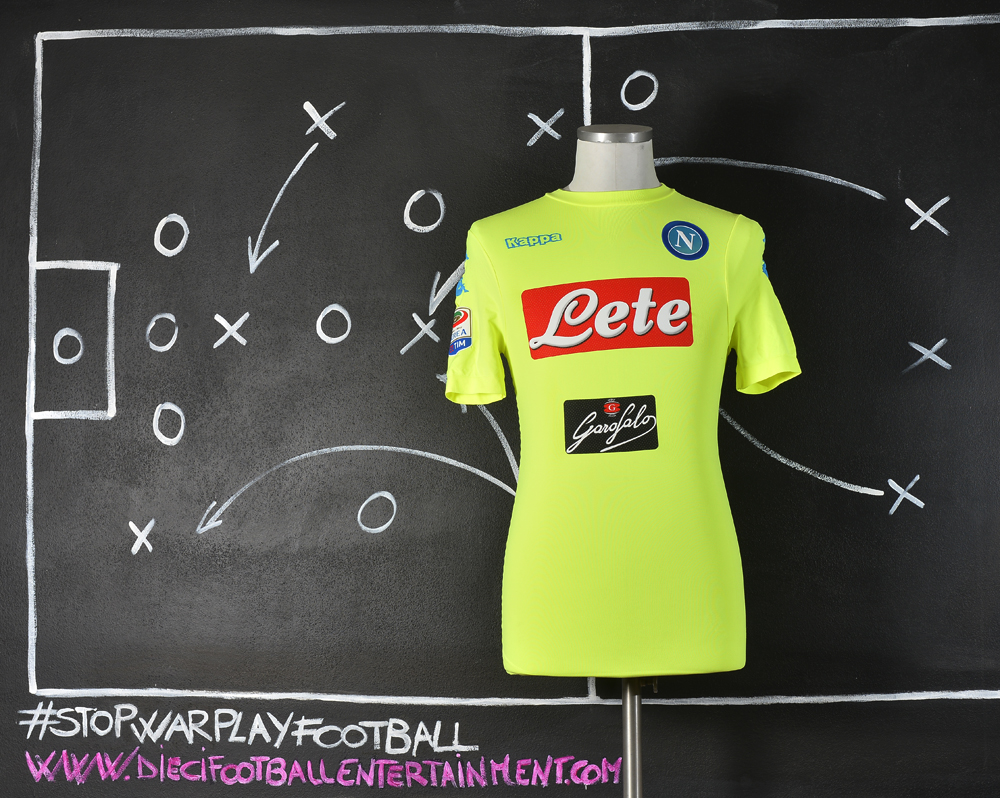 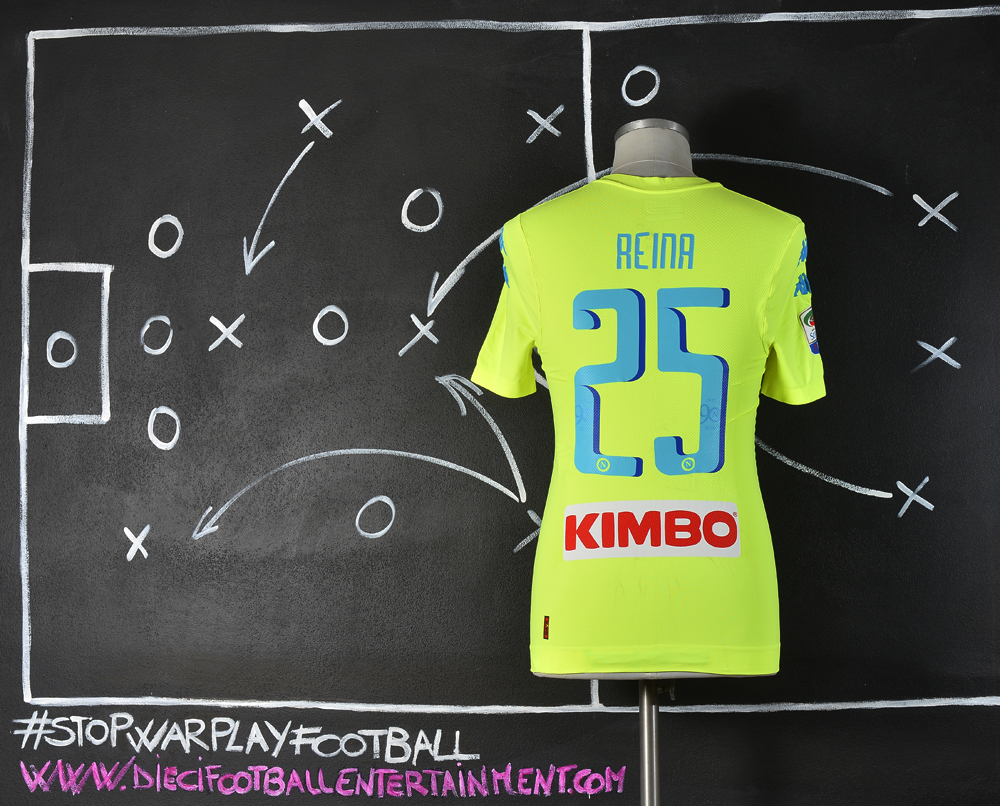 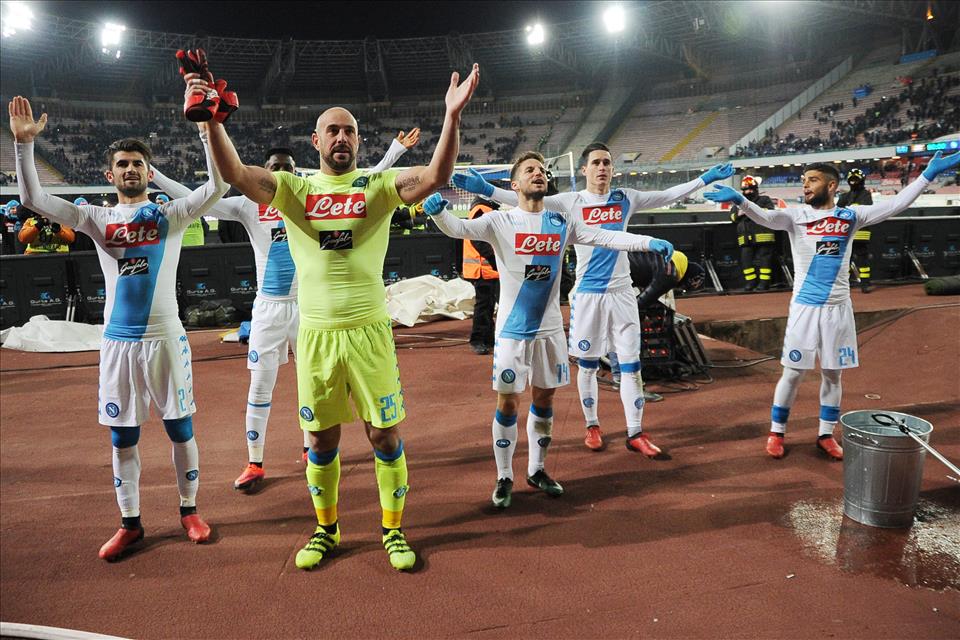 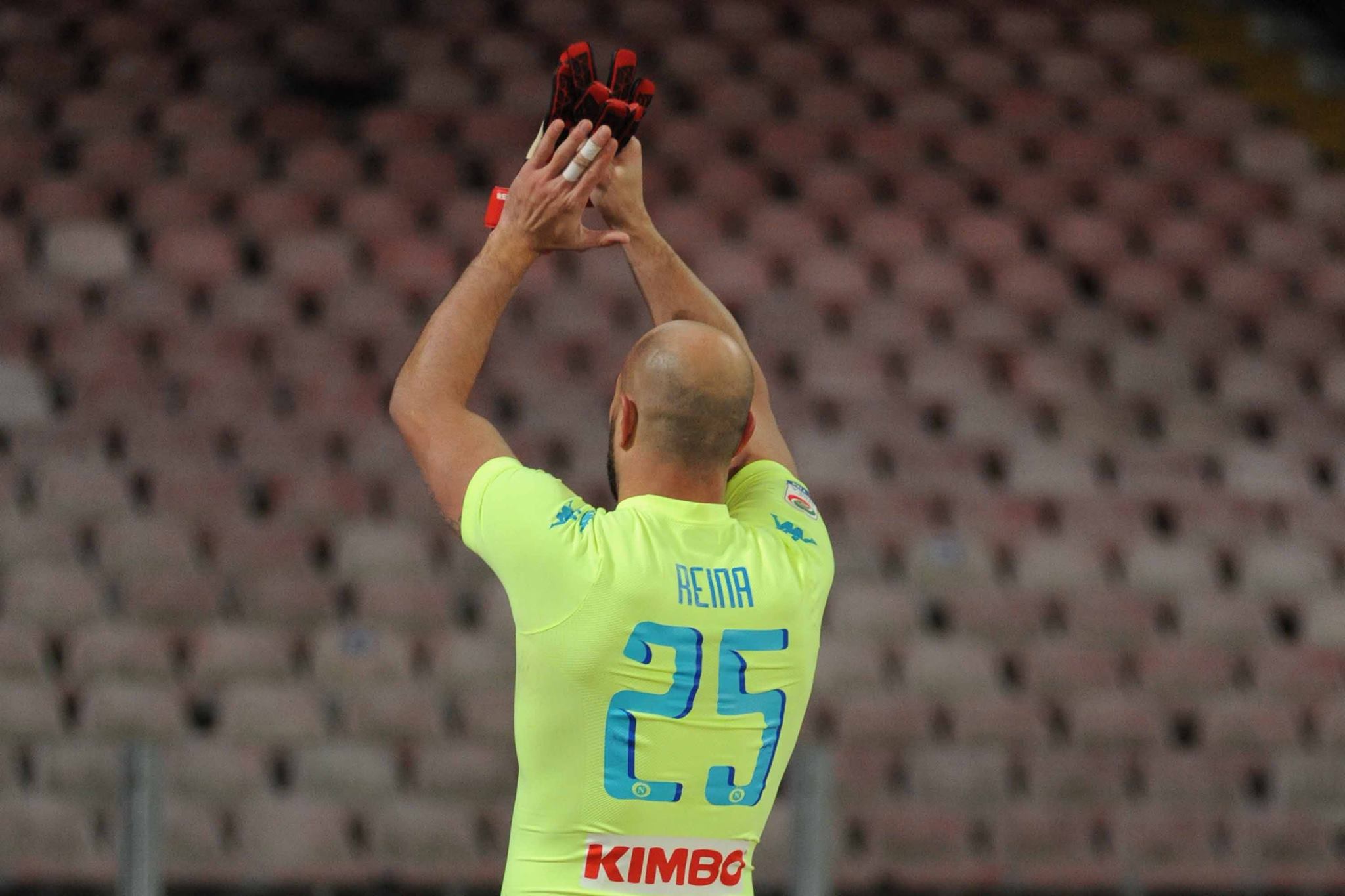 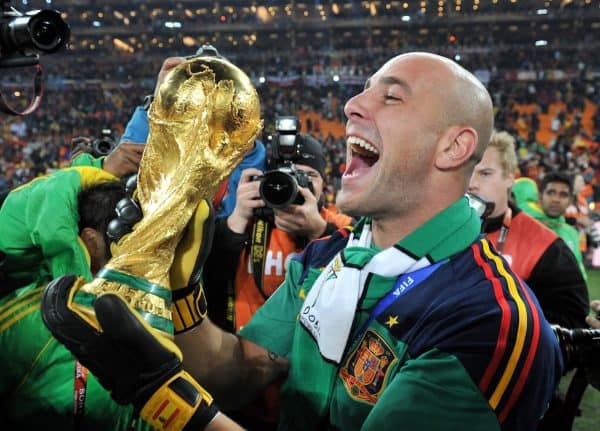 Reina married his longtime girlfriend Yolanda Ruiz in Córdoba on 19 May 2006, before joining up with the Spain national squad for the 2006 World Cup. The couple have five children. Reina was the former next door neighbour of Atlético Madrid striker and Spanish international teammate Fernando Torres. When he was at Liverpool, Reina was neighbours with teammate Luis Suárez. Reina’s father Miguel Reina was in goal for Atlético Madrid in the 1974 European Cup Final, which Atlético lost to Bayern Munich 4–0 in a replay after the first match finished 1–1. Reina is known for his exuberant, jester-like character off the pitch, often entertaining his teammates with jokes and songs, and acting as a crowd-pleasing master of ceremonies at Spain’s official victory celebrations following the 2008 European Championship, the 2010 World Cup and Euro 2012. In July 2018, Reina and former Napoli footballers Paolo Cannavaro and Salvatore Aronica were subject to a hearing by the Italian Football Federation over links to the Esposito brothers, high-ranking members of the Camorra. Reina was also accused of trying to get free tickets for the Lo Russo Camorra clan.

Reina has been a regular in the Spain national team since 2005, mostly as second-choice keeper after Iker Casillas. He was part of the team that won the 2010 FIFA World Cup and the 2008 and 2012 European Championships. Reina made his debut on 17 August 2005, keeping a clean sheet in a 2–0 friendly win over Uruguay at El Molinón in Gijón. He was a member of the Spanish squad which reached the last 16 of the 2006 World Cup, but did not play. At UEFA Euro 2008, he played the final group match in Salzburg as Spain had already advanced, conceding a header by reigning champion Greece’s Angelos Charisteas, although Spain came back to win 2–1. In October 2008, he and Casillas together broke the national record for the longest time spent without conceding a goal after defeating Estonia 3–0. The pair went unbeaten for 710 minutes since Reina conceded from Charisteas, longer than the legendary Andoni Zubizarreta and Francisco Buyo. Wesley Sonck of Belgium ended their streak when he scored against Casillas in a World Cup qualifier later that month. The following year, he was part of the Spanish squad which reached the semi-finals at the 2009 FIFA Confederations Cup in South Africa. His sole appearance was in the last group game in Bloemfontein, keeping a clean sheet in a 2–0 win over hosts South Africa, a result which was a world record 15th consecutive international victory for Spain. Reina was also in Spain’s squad for the 2013 Confederations Cup, in which they reached the final. His sole appearance in the tournament came in the second group game against Oceanian champions Tahiti, a 10–0 win at the Maracanã. With Spain’s elimination already confirmed, he was selected to start in Spain’s final group match of the 2014 World Cup keeping a clean sheet against Australia in a 3–0 win. In May 2018, he was named in Spain’s final squad for the 2018 FIFA World Cup. 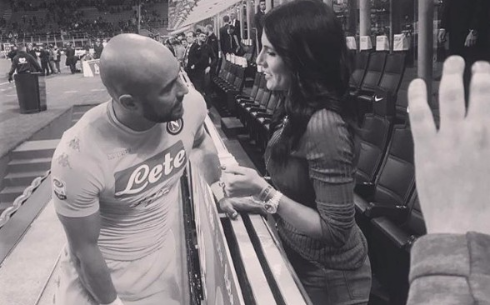 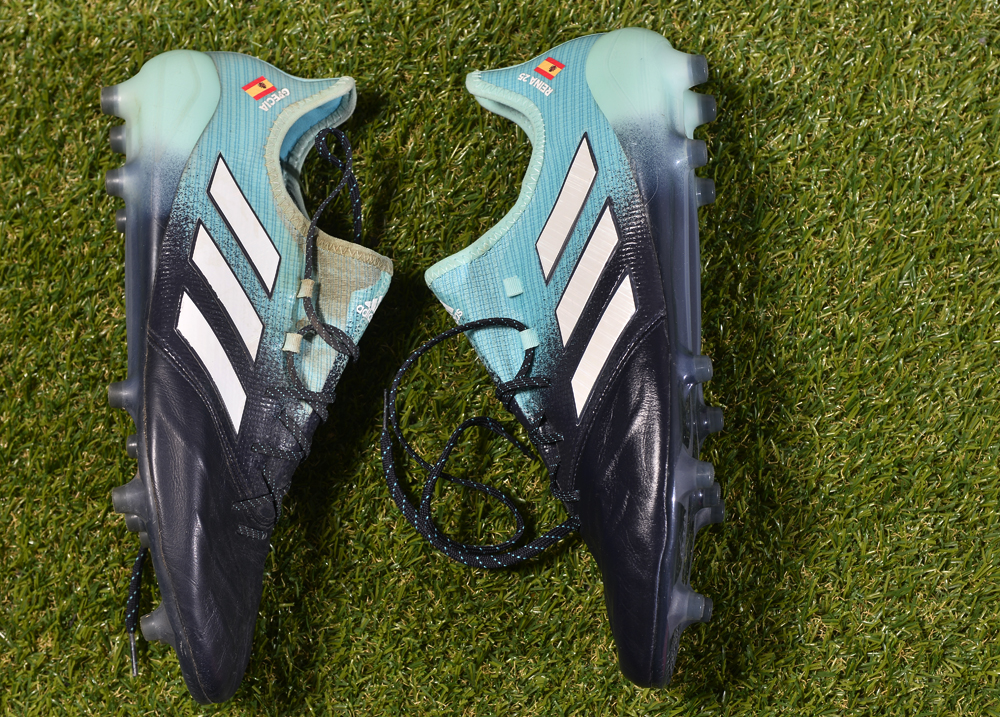 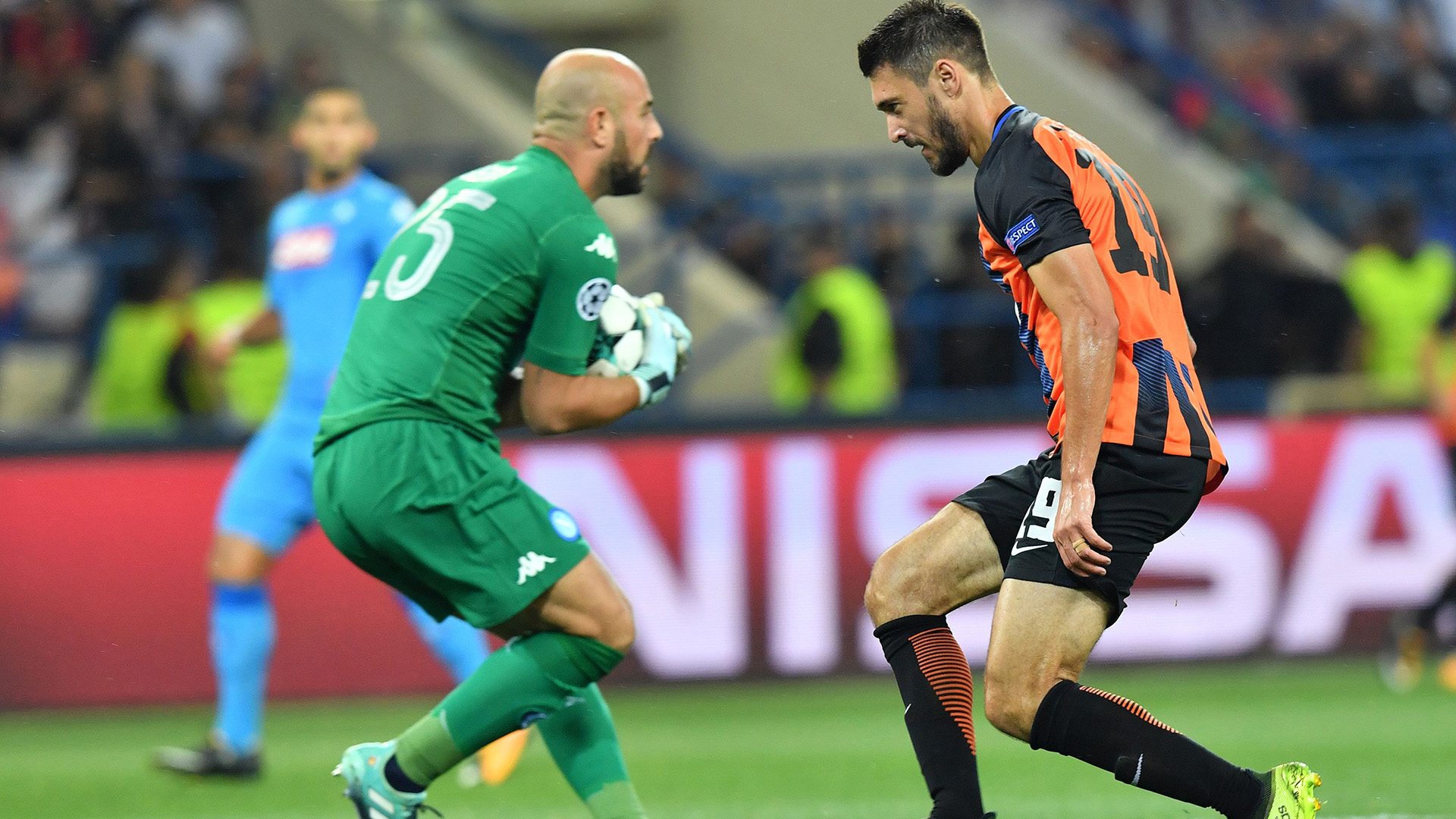 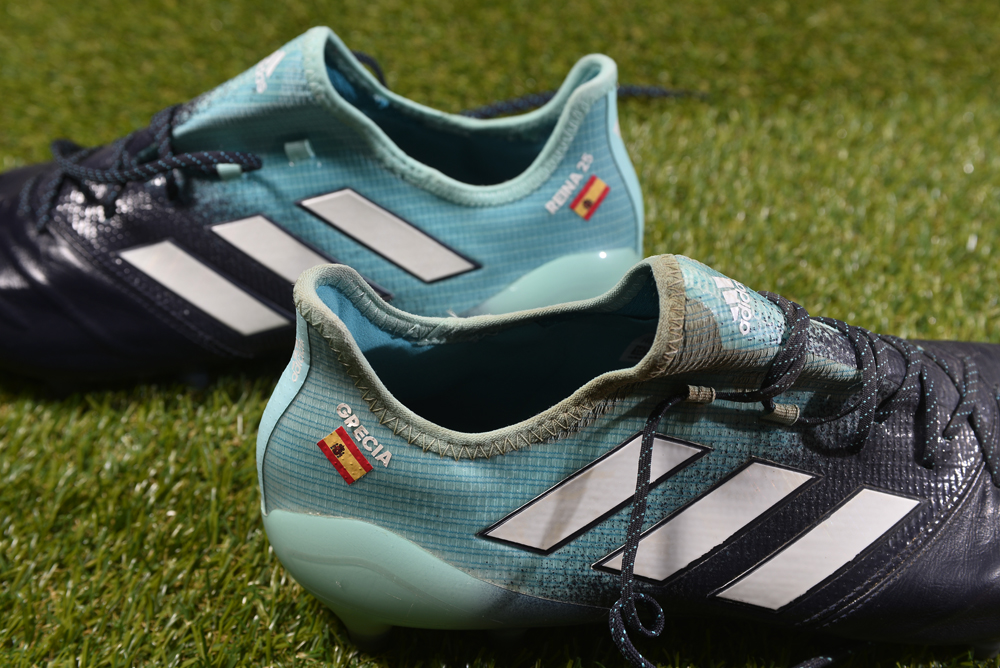 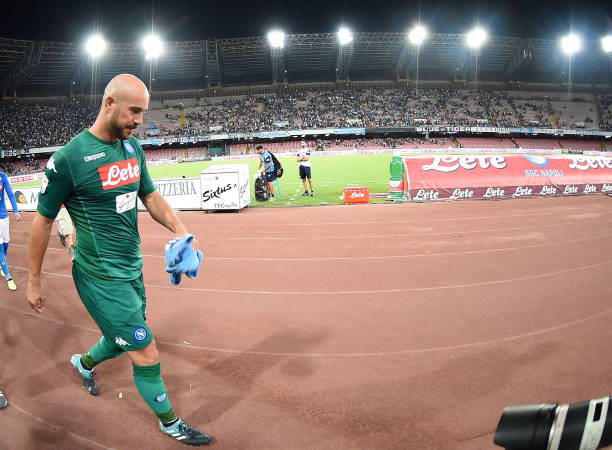 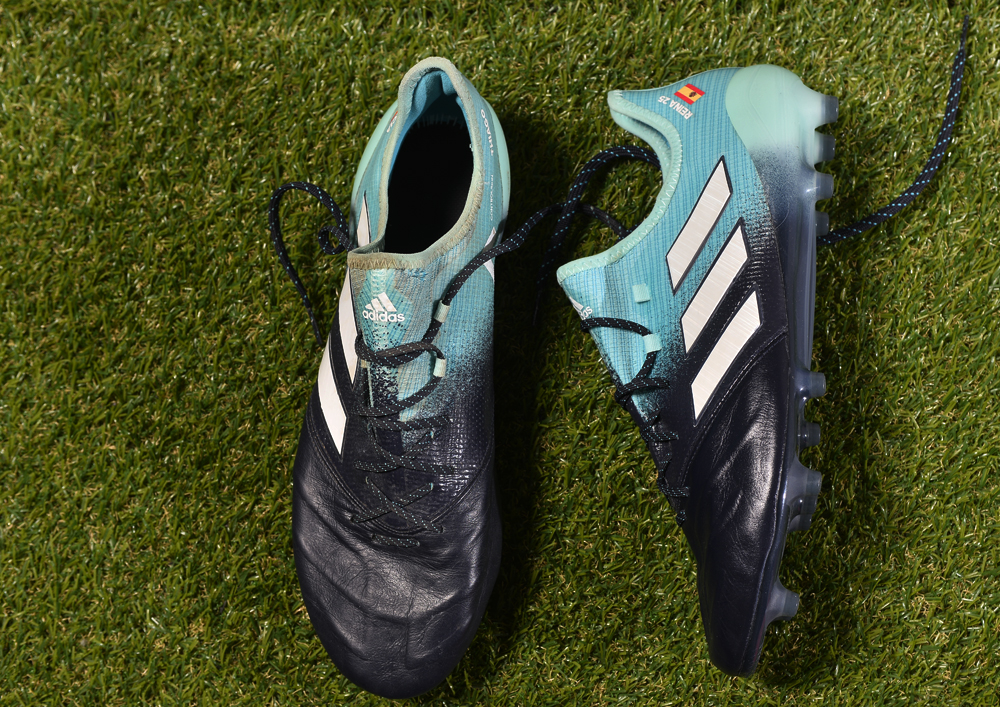 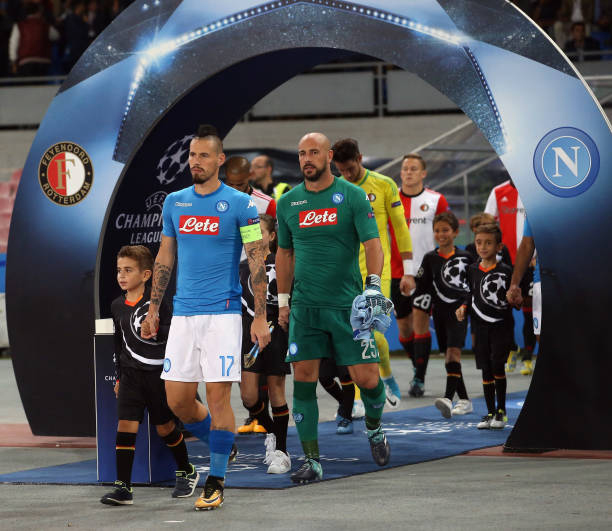 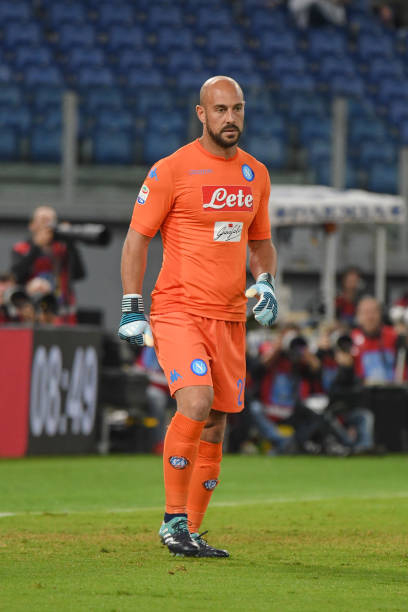 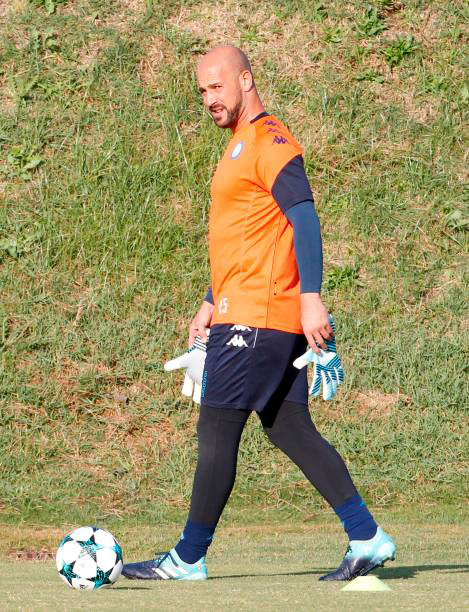 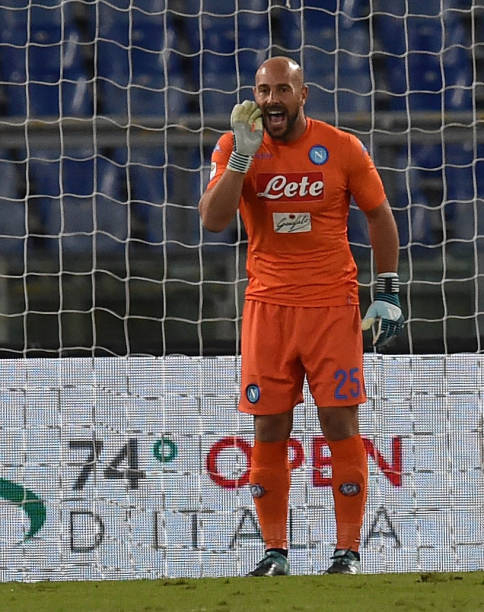 Reina was loaned out to Napoli for the 2013–14 season. Liverpool failed to inform Reina about the loan prior to the move. He had made 394 appearances for Liverpool prior to the loan. In August 2013, Reina saved a penalty from Lukas Podolski against Arsenal in the pre-season Emirates Cup tournament, and in September, in a 2–1 win over Milan in September, he saved a Mario Balotelli penalty, the first goalkeeper ever to do so in a competitive match. On 28 September, Reina declared that his Liverpool career was over: “At the moment it’s difficult to think about being a Liverpool player next year. They have a young goalkeeper in Simon Mignolet and the manager prefers him to me. That’s the reason why I’m here and he will be at the club next year as well. There’s no reason to think I’ll be a Liverpool player from now on but we’ll see where the future takes us. It’s been a good move so far and I don’t regret what happened. I would have preferred to say goodbye in a different way.”On 8 August 2014, Liverpool confirmed Reina had joined the Bundesliga club Bayern Munich on a three-year deal, bringing an eight-year spell with the club to an end. On 23 June 2015, it was announced that Reina would return to Napoli on a three-year deal, after a one-year spell at Bayern Munich. 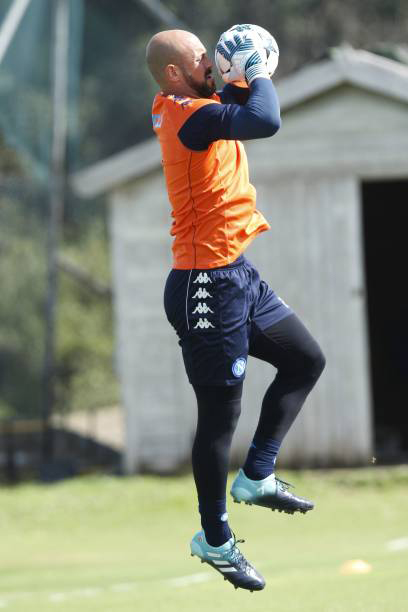 Grosso Grosso2021-06-05T12:02:38+00:00
Page load link
This site uses cookie technology, including third parties' ones. If you want to know more click here. If you access any element of this site outside this banner, you consent to the use of cookies. Ok
Go to Top