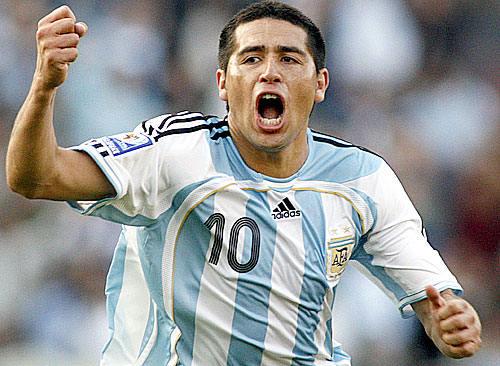 Juan Román Riquelme is an Argentine retired footballer. Considered one of the most talented Argentine players of his generation, Riquelme was best known for his creative passing. An offensive midfield playmaker, he combined passing, vision, and technical skills with goalscoring ability from midfield; he was also capable of playing as a deep-lying playmaker. He spent most of his career with Boca Juniors, but also had a significant spell in Spain with Villarreal. He is considered one of the best playmakers of his generation, and he has been recognised as one of the “last true number 10s” due to his playmaking abilities and unique playing style, which drew comparisons with Diego Maradona, in his youth. Riquelme was named the Argentine Footballer of the Year four times.[5] An Argentine international for 11 years, Riquelme represented the nation at the 2006 World Cup and two Copa América tournaments, reaching the final in the 2007 edition; he also participated in the 2005 Confederations with Argentina, reaching the final, and he led his country as captain to win a Gold medal at the 2008 Olympics. 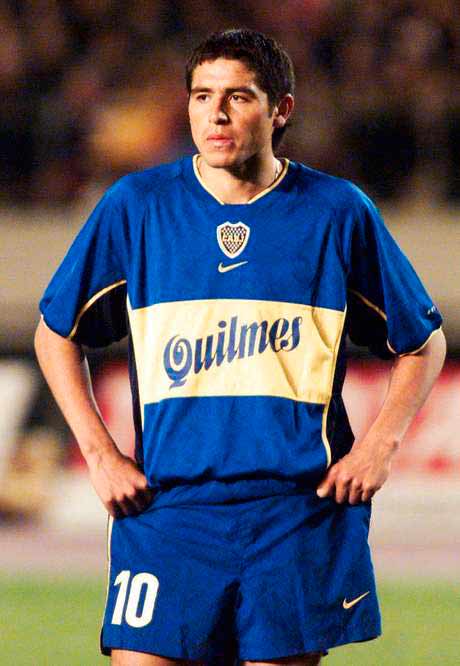 Riquelme was born as the eldest of 11 children in a poor family, one day before Argentina won the 1978 World Cup. He began playing footballing in the localities of San Fernando, playing for different local clubs, before gaining the opportunity to trial with the junior teams of Argentinos Juniors. After trialling, he was signed by the club where he began playing as a central mid-fielder. Boca Juniors and River Plate spotted him when he was a youth player for Argentinos Juniors. In 1995, however, Riquelme was transferred from Argentinos Juniors U-20 to Boca Juniors U-20 for a fee of US$800,000, during an operation insisted by trainer Carlos Salvador Bilardo which led to the then president of Boca Juniors, Mauricio Macri, establishing various purchases of Argentinos Juniors youth players. On 10 November 1996, aged 18, Riquelme made his Primera División debut in a 2–0 win against Unión de Santa Fe. Two weeks later, he scored his first senior goal in a 6–0 triumph over Huracán. 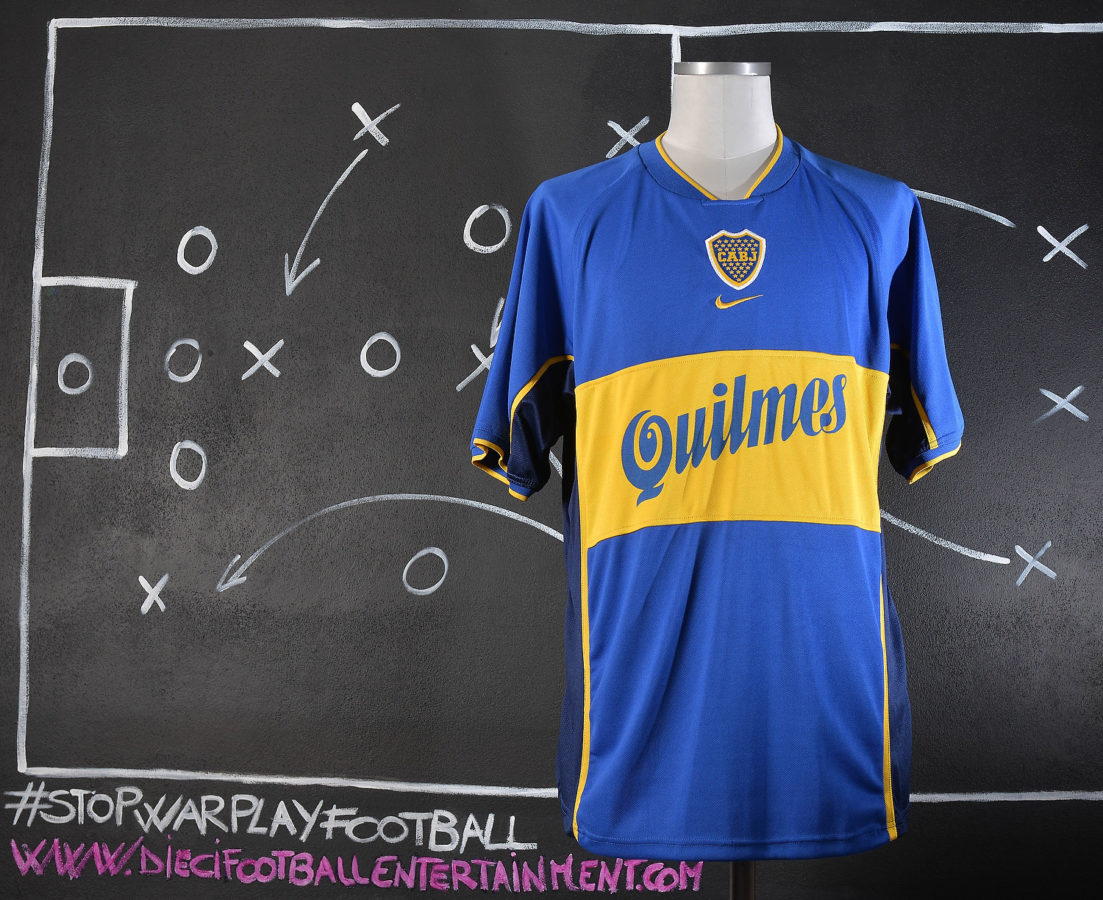 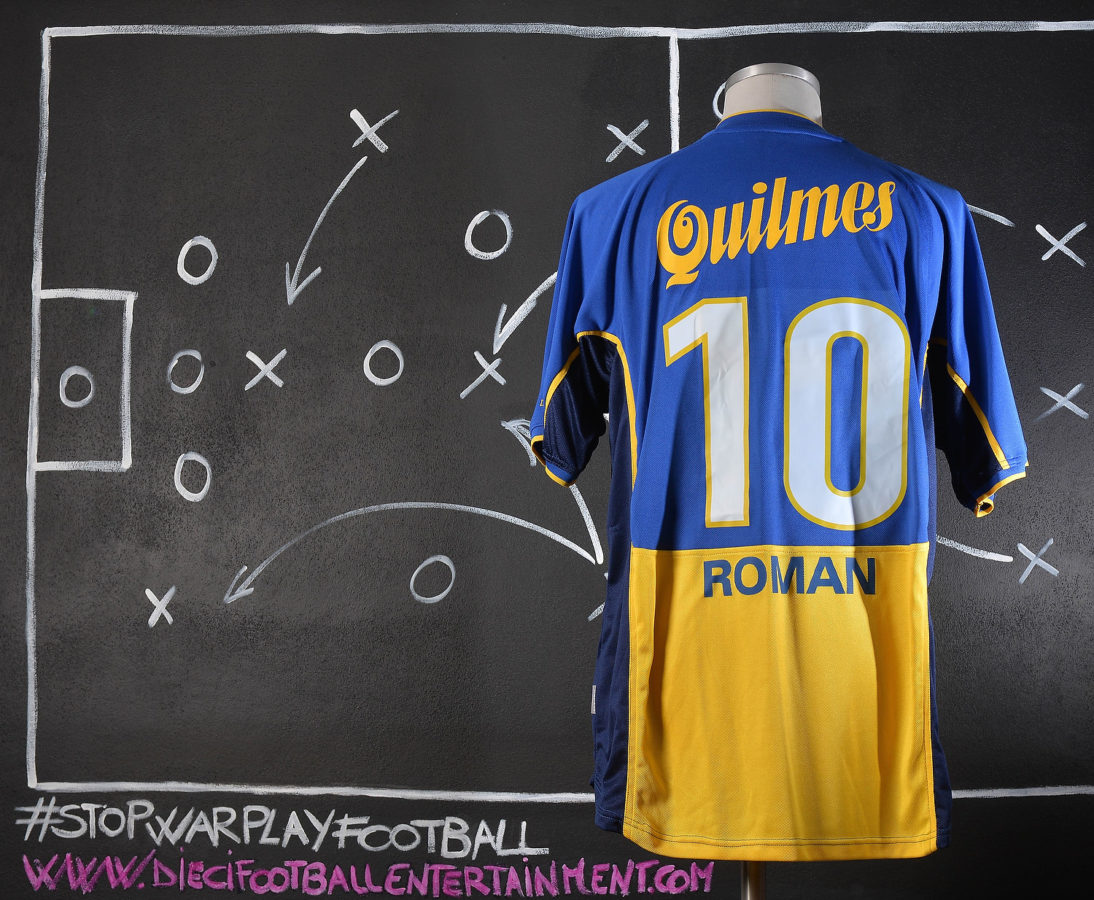 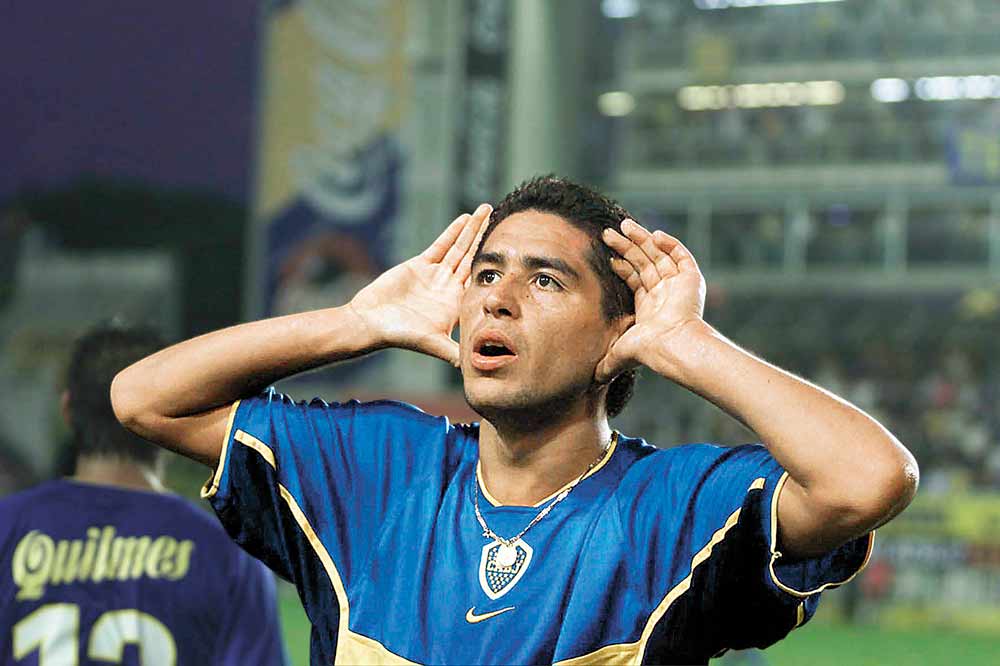 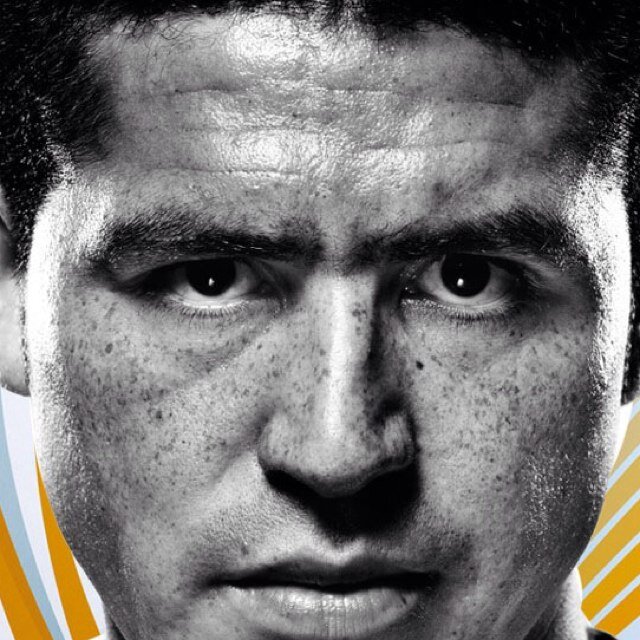 “Everyone feels the game in their own different way. People say I never smile when I play but I’ve never seen Zinedine Zidane’s laugh, whether he’s winning or losing, and he’s the greatest there’s been for the last ten years” Roman Riquelme 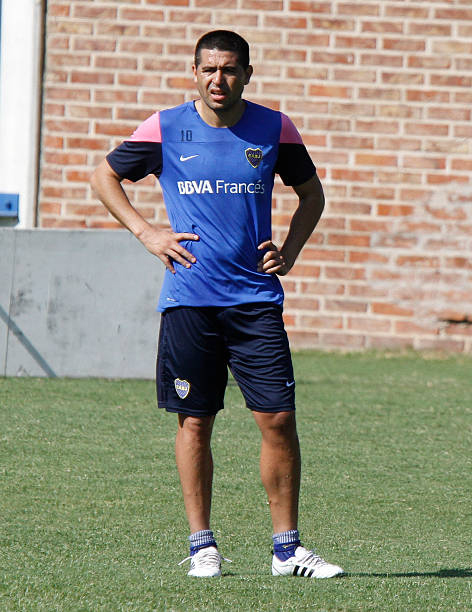 In 1997, after a successful stint with Argentina’s under-20 team, Riquelme was called up to the Argentina national team by coach Daniel Passarella for their last qualifying match for the 1998 World Cup on 16 November 1997. The match was played at the stadium of Boca Juniors, La Bombonera, where a 19-year-old Riquelme debuted for Argentina when he entered the field in the last minutes of the 1–1 draw against Colombia. His first major tournament for Argentina was at the 1999 Copa América. In 2000, Riquelme participated at the 2000 CONMEBOL Men Pre-Olympic Tournament, which saw Argentina fail to qualify for the 2000 Summer Olympics. Riquelme scored his first international goal in a 3–1 away victory during a friendly against Libya in Tripoli on 30 April 2003. In 2006, Riquelme was named captain of the Argentina national football team by new coach Alfio Basile. After a 3–0 defeat against Brazil, Riquelme had received a lot of criticism and responsibility for the defeat. This affected the health of Riquelme’s mother, who had been hospitalized twice in two months after the 2006 World Cup, and this led to Riquelme publicly announcing his international retirement from the Argentina national team on 13 September 2006. At that point, Riquelme had made 37 international appearances and had scored eight goals. On 13 October 2007, Riquelme emerged from three months of inactivity at Villarreal to score two free-kicks in a 2–0 win against Chile to get Argentina off to a winning start in the 2010 World Cup qualifiers. In March 2009, Riquelme decided to retire from the national team after a disagreement with coach Diego Maradona. Former manager Sergio Batista stated he would have liked for Riquelme to return to international play, hinting at the possibility of the player appearing in a friendly with Spain in August 2010, which eventually did not happen. In 2011, Riquelme was called up to the Argentina national team by coach Alejandro Sabella for the Superclásico de las Américas, however he eventually withdrew his position from the squad due to injuries from club matches which would leave him unable to complete two games in a matter of days. 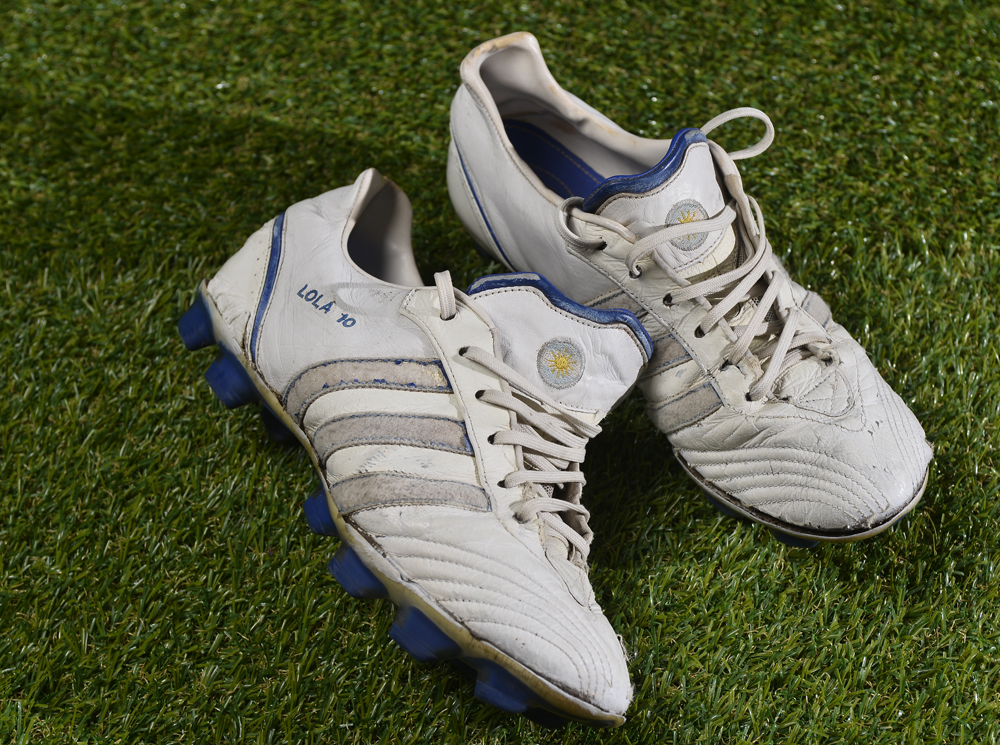 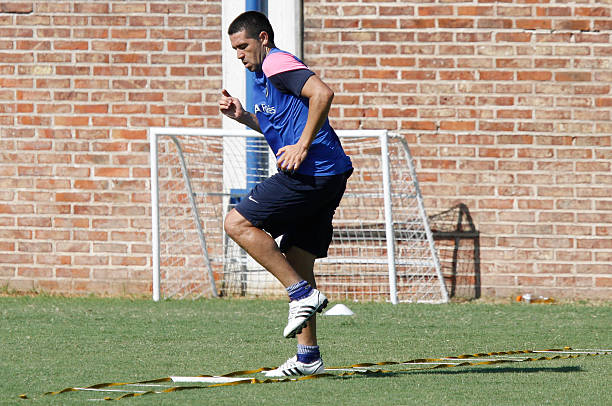 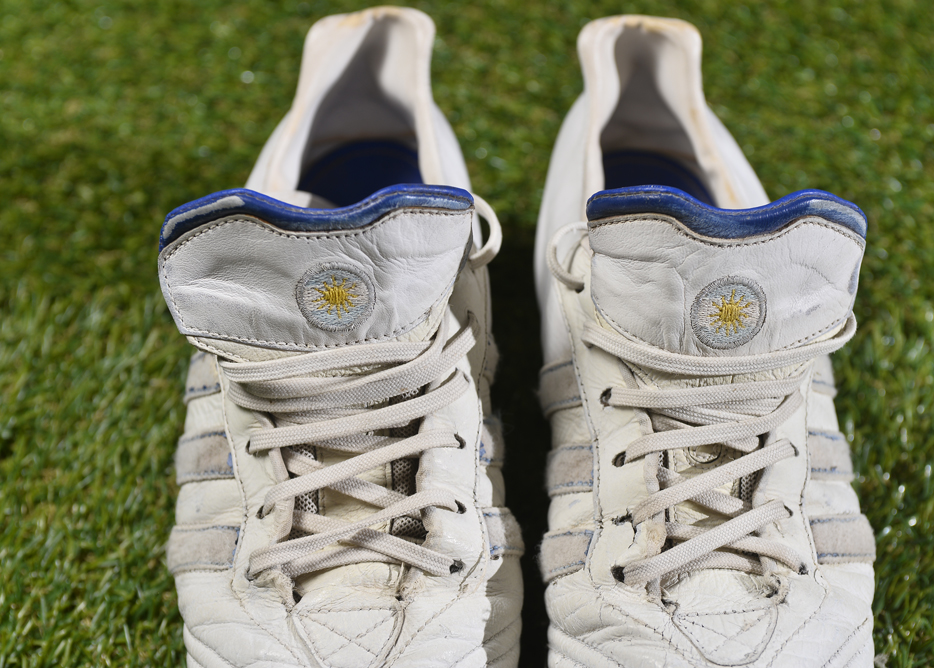 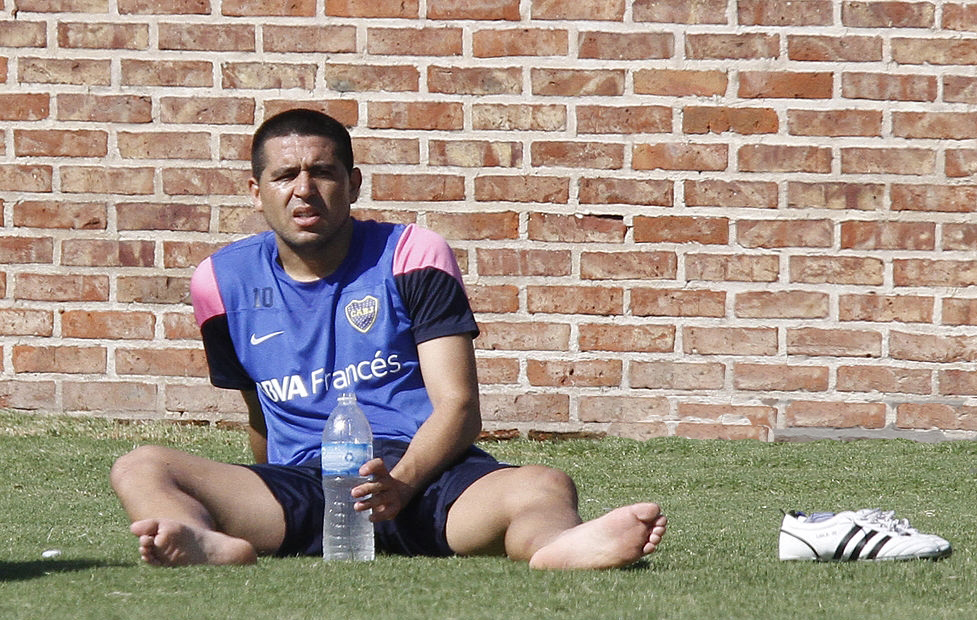 Grosso Grosso2018-04-28T11:23:34+00:00
Page load link
This site uses cookie technology, including third parties' ones. If you want to know more click here. If you access any element of this site outside this banner, you consent to the use of cookies. Ok
Go to Top