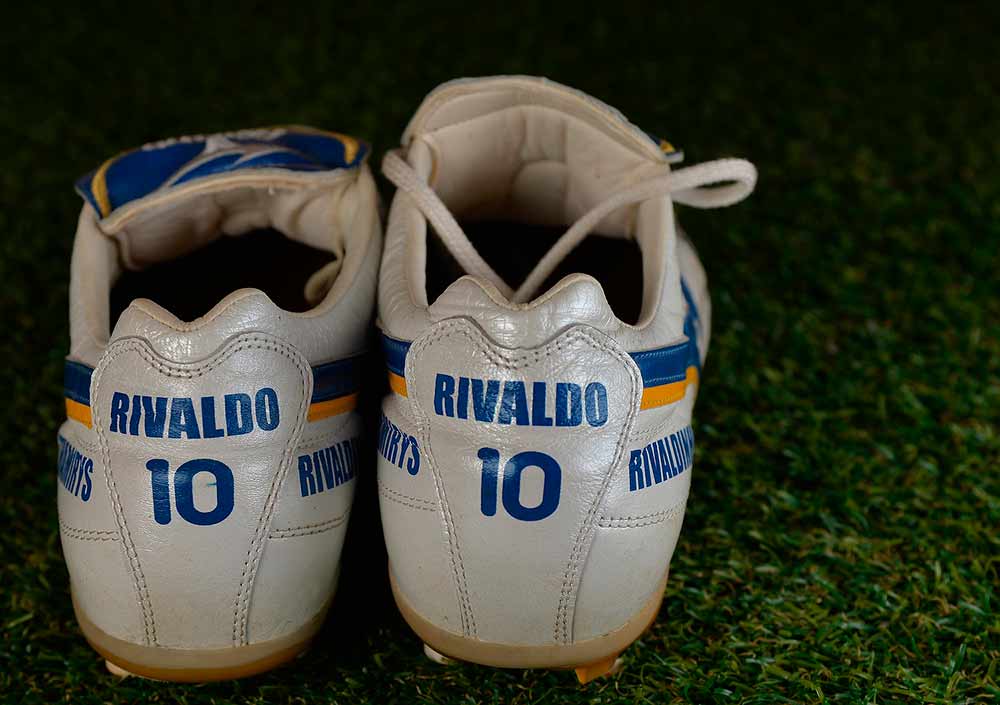 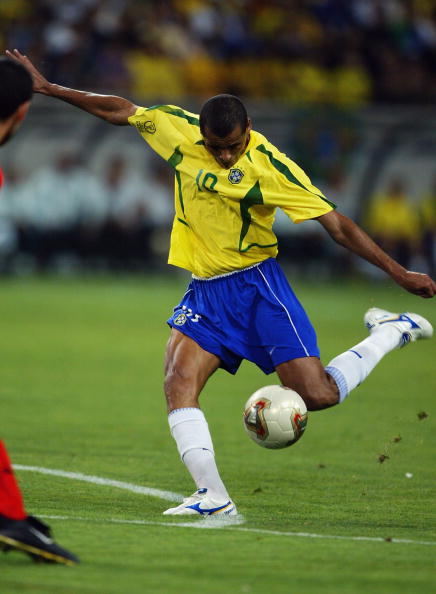 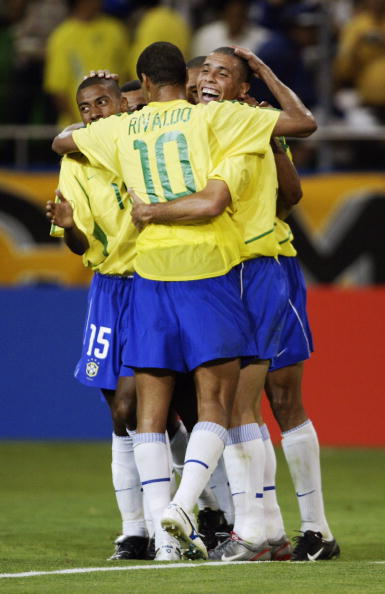 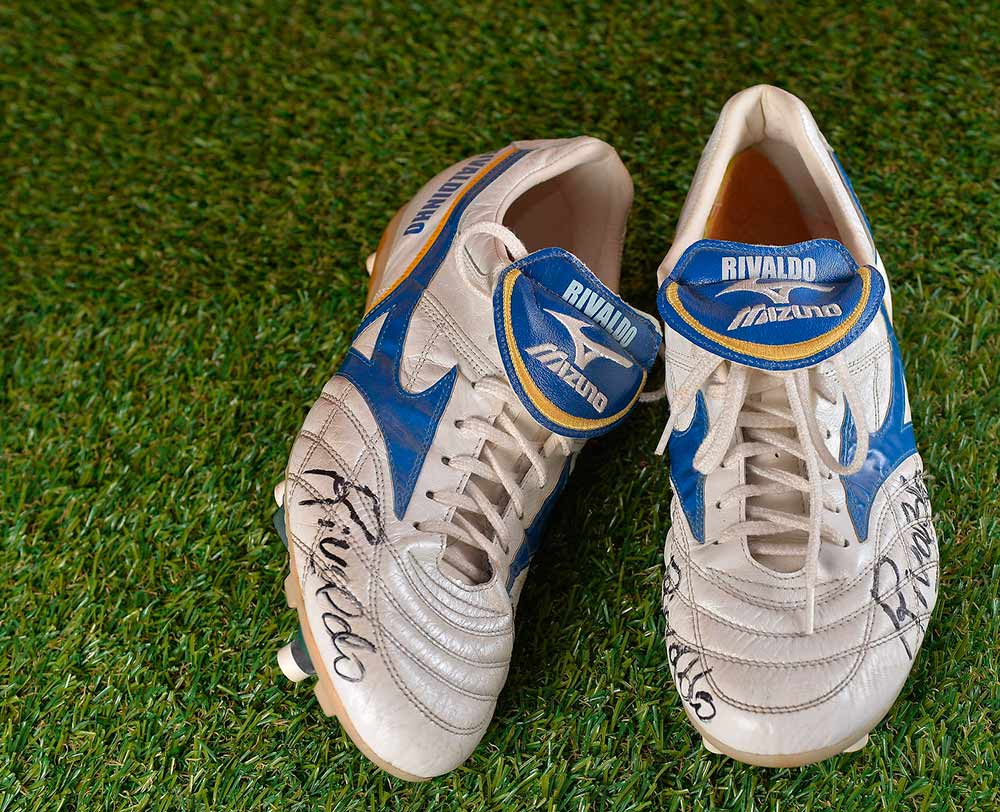 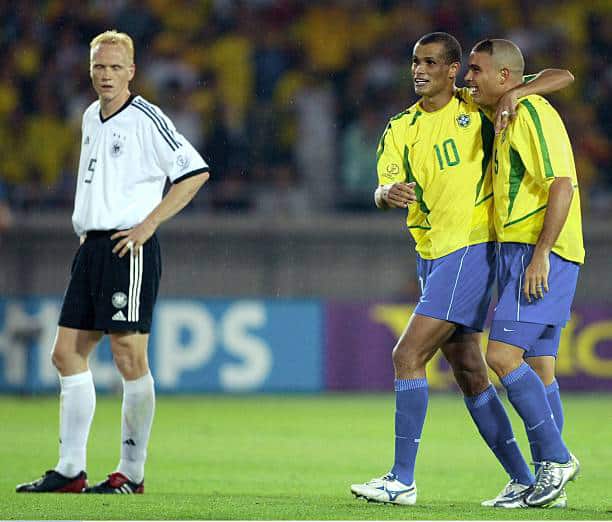 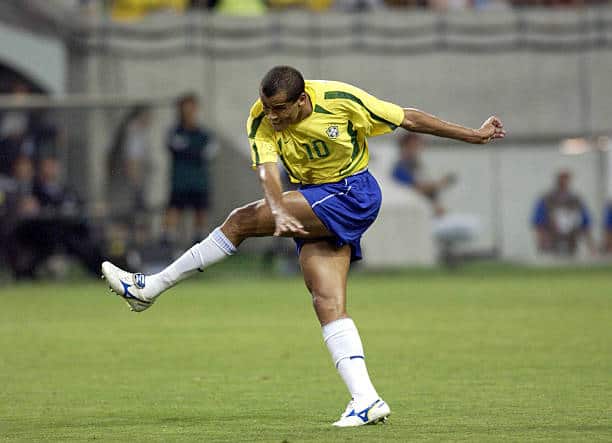 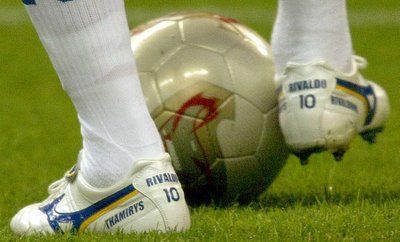 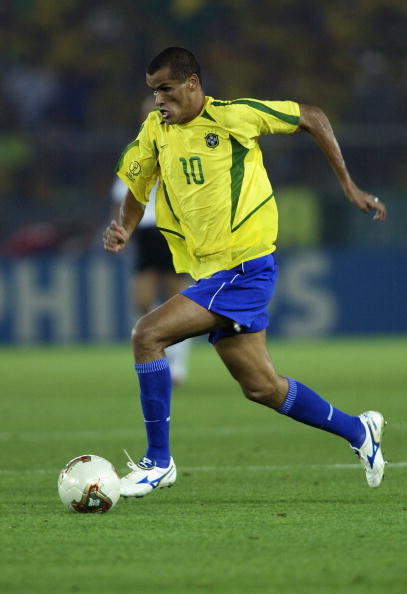 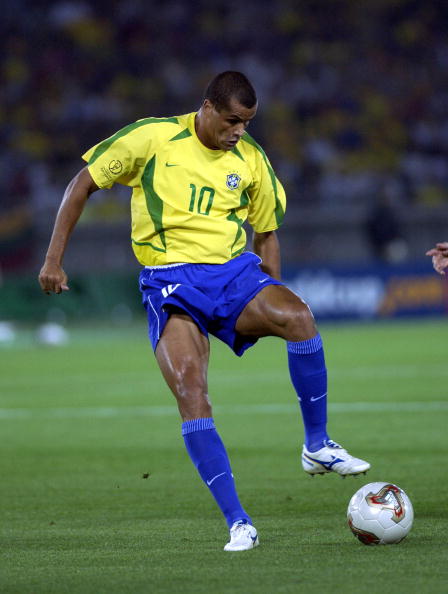 The zenith of Rivaldo national team career came at the 2002 FIFA World Cup, hosted in South Korea and Japan, where Rivaldo was able to erase the disappointment of the previous World Cup Final defeat, helping his country to win their fifth World Cup. Featuring in an attacking trio with Ronaldo and Ronaldinho, dubbed “the three R’s”, Rivaldo scored in the first five games while Ronaldo scored in four matches. Despite a successful tournament, Rivaldo was involved in a controversial incident against Turkey. Near the end of the match, with the ball out of play, Turkish defender Hakan Ünsal kicked a ball towards Rivaldo, who was waiting at the corner flag. The ball struck his thigh, but Rivaldo fell to the ground clutching his face. The referee sent the Turkish player off with a second yellow card. After a video review, Rivaldo was fined 11,670 Swiss francs by FIFA. Rivaldo’s goal against Belgium in the second round prompted Belgian coach Robert Waseige to name him as the deciding factor. Ronaldinho assisted Rivaldo to score the equaliser against England in the quarter-finals before Ronaldinho scored the winning goal in a 2-1 victory. Brazil met Germany in the final, and went on to win the tournament with a 2–0 victory, courtesy of two goals by Ronaldo with Rivaldo involved in both goals. The first came after Rivaldo’s shot was saved by German goalkeeper Oliver Kahn with Ronaldo scoring the rebound, and the second saw Rivaldo fool the German defence with a dummy as the ball ran on to Ronaldo who finished. Rivaldo was named by coach Luiz Felipe Scolari as the best player of the tournament. Rivaldo along with Ronaldo and Ronaldinho were named in the FIFA World Cup All-Star Team. 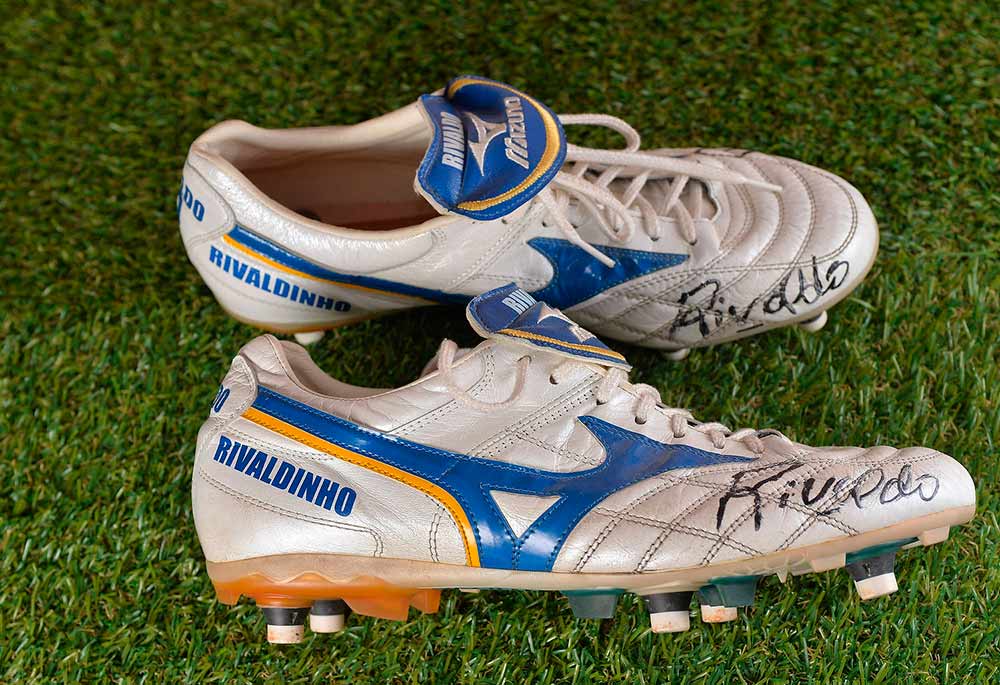 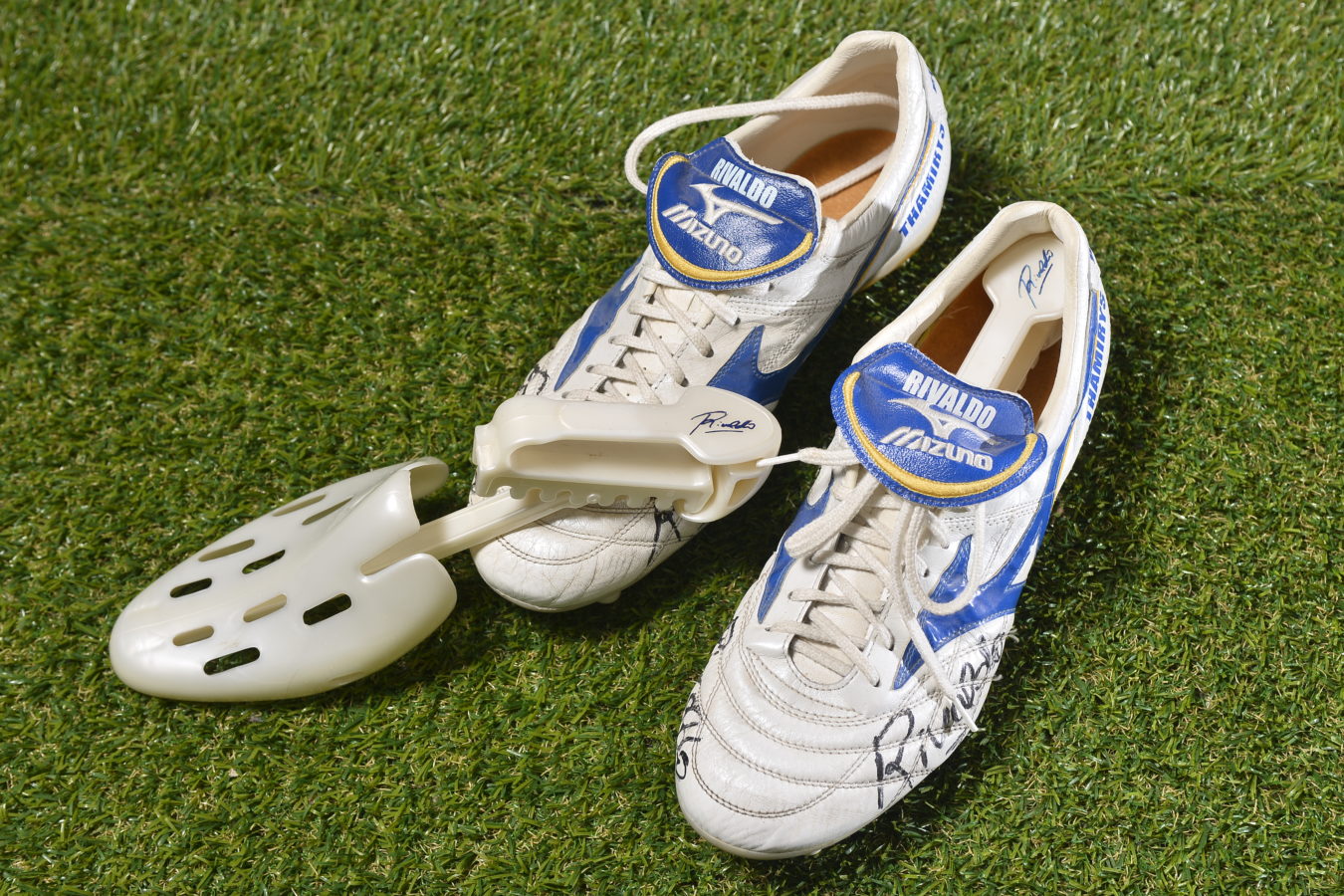 “It was a great joy and honor to play alongside Ronaldo and Ronaldinho in the 2002 World Cup. Our teamwork was great and it showed through the results”Rivaldo 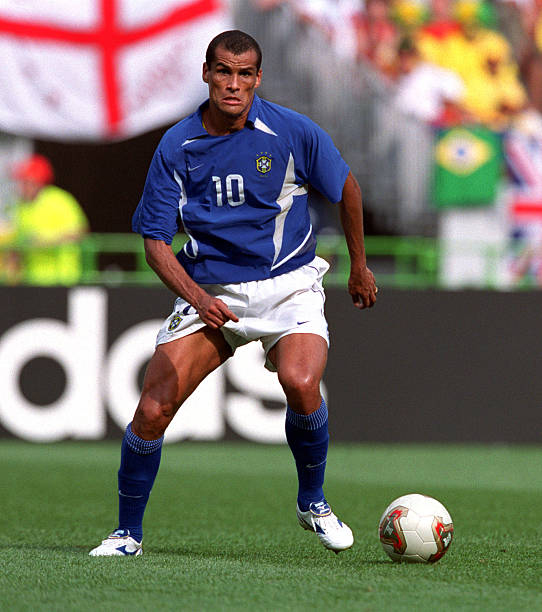 Grosso Grosso2019-06-21T08:55:22+00:00
Page load link
This site uses cookie technology, including third parties' ones. If you want to know more click here. If you access any element of this site outside this banner, you consent to the use of cookies. Ok
Go to Top