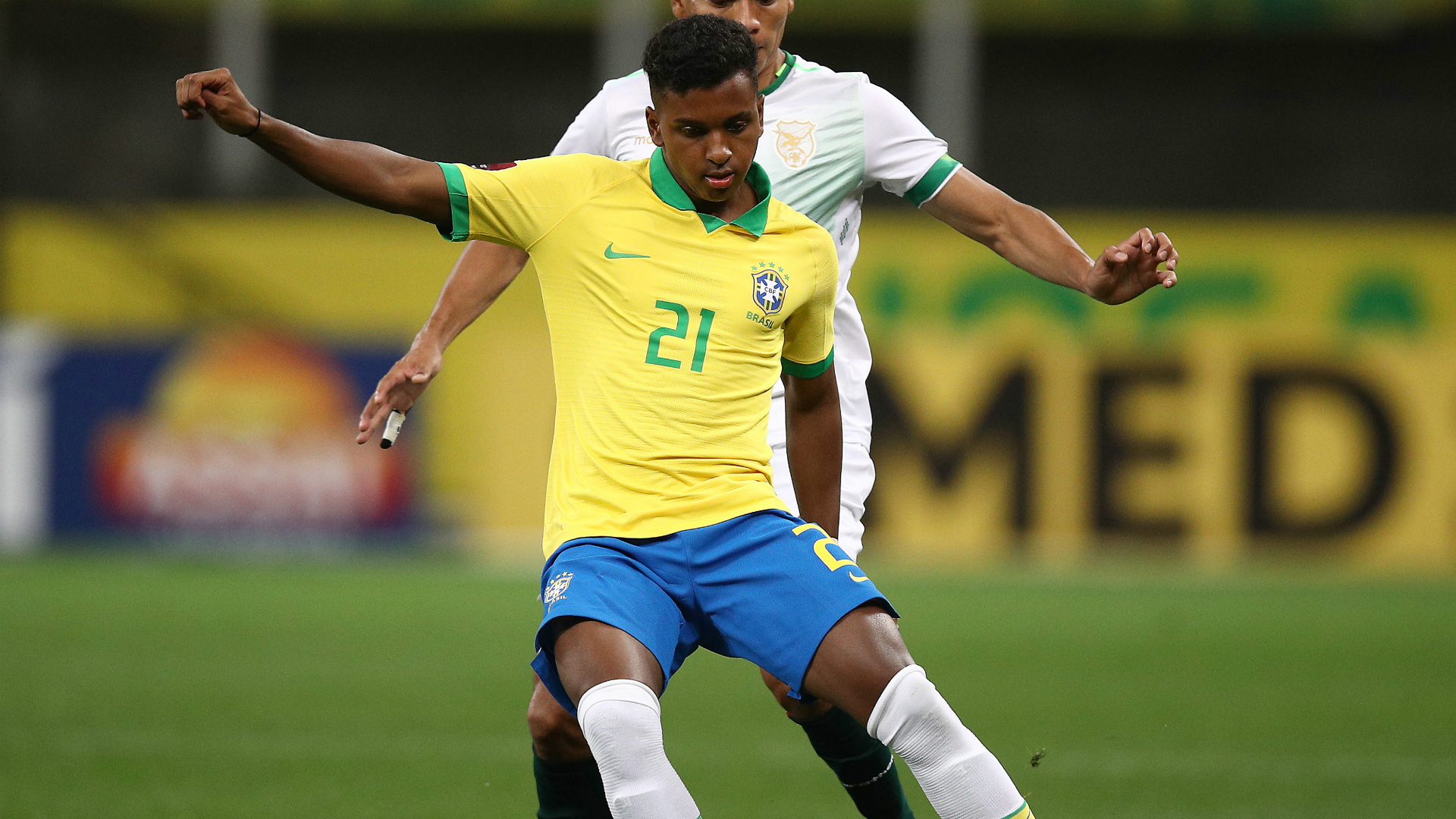 Rodrygo Silva de Goes, simply known as Rodrygo, is a Brazilian professional footballer who plays as a winger for the Brazil national team. Born in Osasco, São Paulo, Rodrygo joined Santos’ youth setup in 2011 at the age of ten, initially assigned to the futsal team. In March 2017, with the first team regulars in Peru for a Copa Libertadores match against Sporting Cristal, he was called up to the first team by manager Dorival Júnior to complete training. He began his career with Santos, where he played 80 games and scored 17 goals before a €45 million transfer to Real Madrid in 2019. On international level, Rodrygo made his senior debut for Brazil in 2019, aged only 18. On 30 March 2017, Rodrygo was called up to Brazil under-17s for the year’s Montaigu Tournament. He made his debut in the championship by scoring his side’s only goal in a 2–1 loss against Denmark, and netted two more against Cameroon and United States. On 7 March 2018, Rodrygo and Santos teammate Yuri Alberto were called up to the under-20s, but both were cut from the squad six days later after a request from his club’s president. In November 2019, Rodrygo was called up for the first time to the Brazil senior team, for the Superclásico de las Américas against rivals Argentina in Riyadh, Saudi Arabia. In the 1–0 loss on 15 November, he replaced Willian for the final 20 minutes. 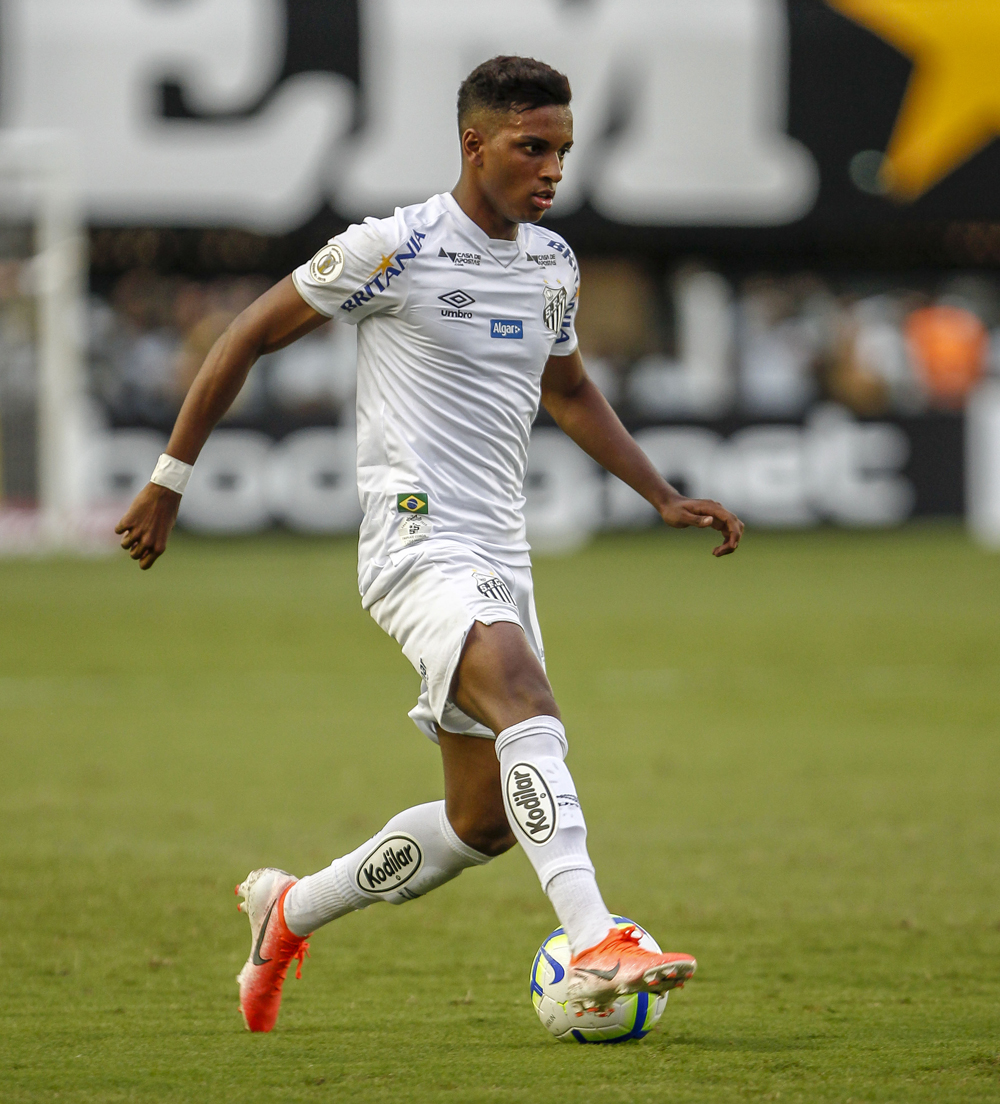 These boots were worn by Rodrygo during his last period with Santos F.C. in 2019 and the same model was used for his presentation at Real Madrid C.F. at “Santiago Bernabeu” Stadium on June 18th 2019. On 21 July 2017, Rodrygo signed his first professional contract, after agreeing to a five-year deal.[5] On 1 November, he was promoted to the main squad by interim manager Elano. Rodrygo made his first team – and Série A – debut on 4 November 2017, coming on as a late substitute for Bruno Henrique in a 3–1 home win against Atlético Mineiro. The following 25 January he scored his first senior goal, netting a last-minute winner in a 2–1 Campeonato Paulista away win against Ponte Preta. Rodrygo made his Copa Libertadores debut on 1 March 2018, replacing Eduardo Sasha in a 2–0 away loss against Real Garcilaso; aged 17 years and 50 days, he became the youngest player of Santos to appear in the competition.[9] Fifteen days later he scored his first goal in the tournament, netting his team’s second through an individual effort in a 3–1 win against Nacional at the Pacaembu Stadium; at the age of 17 years, two months and six days, he became the youngest Brazilian to score in the competition. Rodrygo scored his first goal in the main category of Brazilian football on 14 April 2018, netting the last in a 2–0 home win against Ceará. On 3 June, he scored a hat-trick and also assisted Gabriel’s last goal in a 5–2 home routing of Vitória. On 26 July 2018, Rodrygo changed his jersey number from 43 to 9 (a number he already wore during the Libertadores). For the 2019 campaign, he again switched numbers, now to jersey 11, previously worn by fellow youth graduate Neymar. On 15 June 2018, Real Madrid reached an agreement with Santos for the transfer of Rodrygo, with the player joining Los Blancos in June 2019 and signing until 2025. The rumoured fee was of €45 million, with Santos receiving €40 million as the club owned 80% of his rights with the rest owned by Rodrygo’s agents. 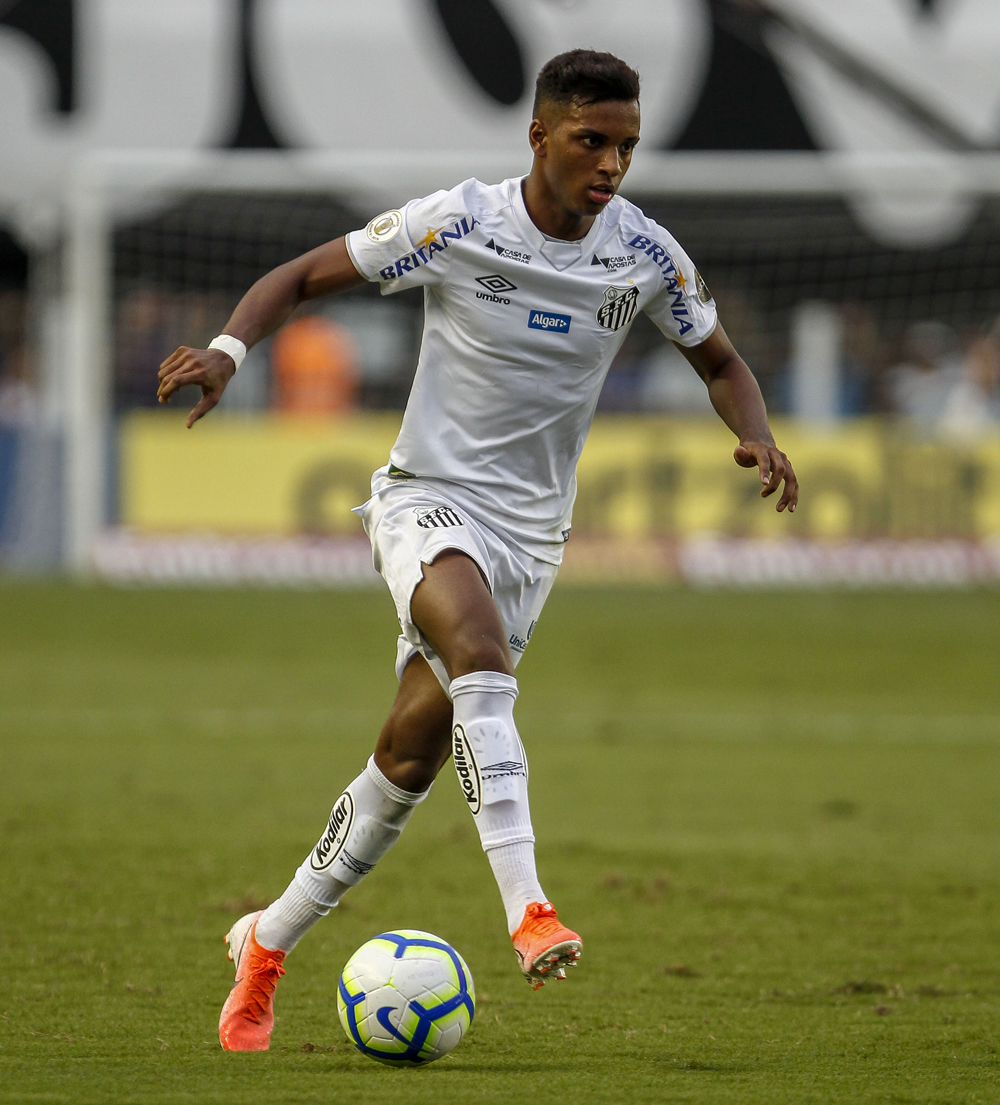 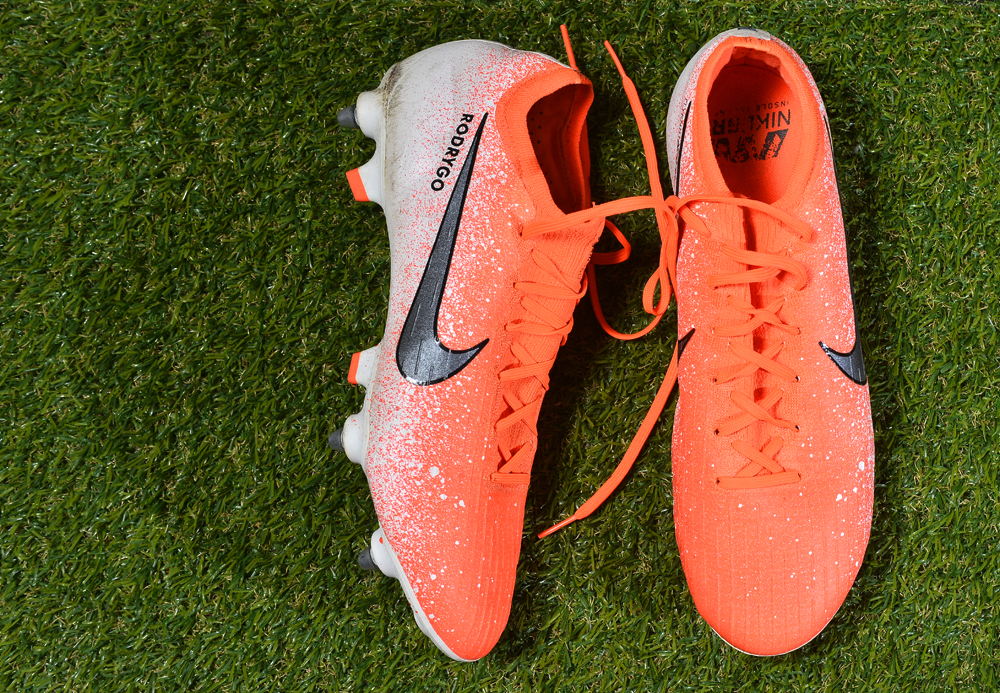 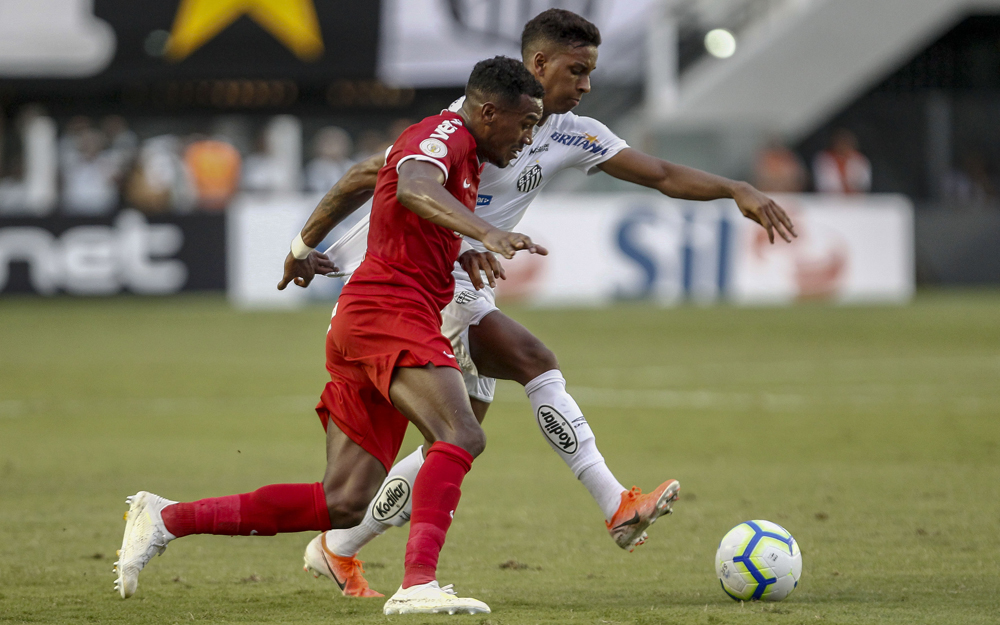 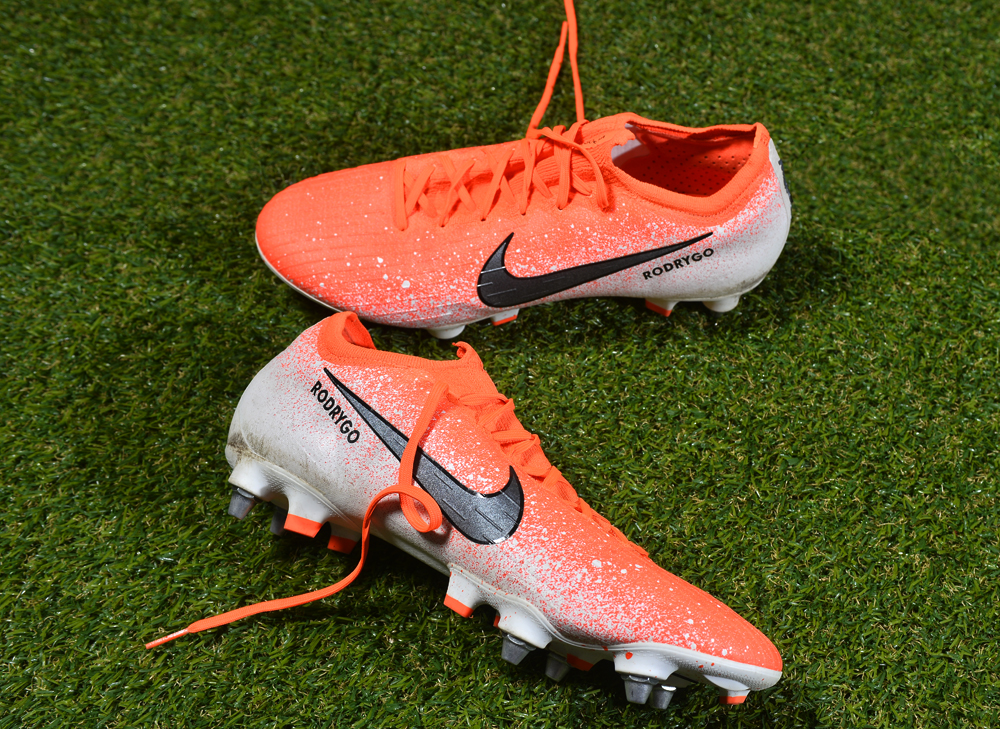 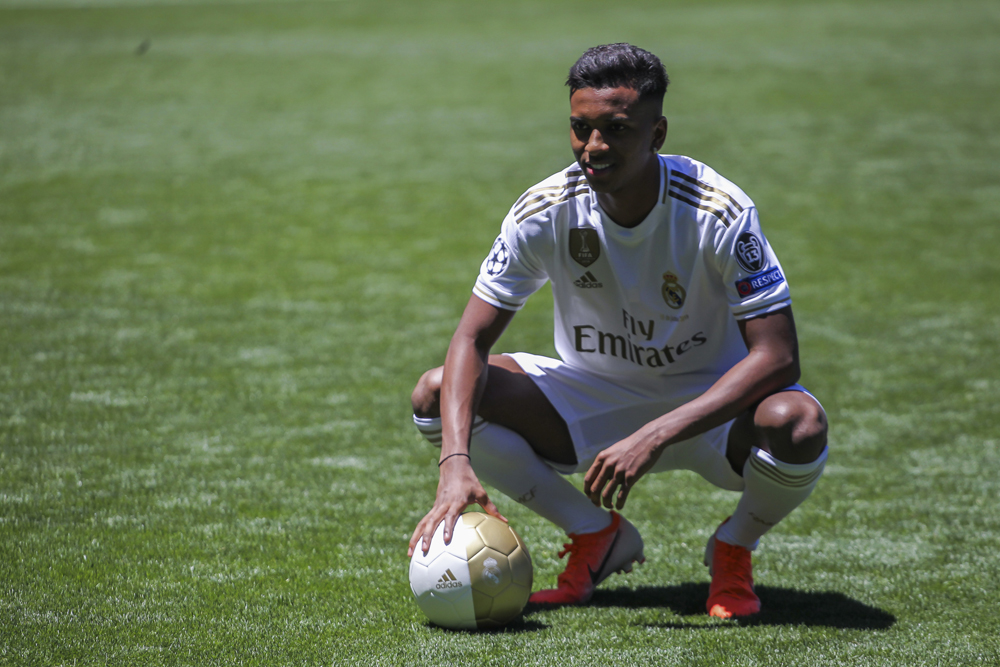 Grosso Grosso2021-05-21T09:14:32+00:00
Page load link
This site uses cookie technology, including third parties' ones. If you want to know more click here. If you access any element of this site outside this banner, you consent to the use of cookies. Ok
Go to Top