Romário de Souza Faria known simply as Romario is a Brazilian politician, who previously achieved worldwide fame as a professional footballer. A prolific striker renowned for his clinical finishing, he is regarded as one of the greatest forwards of all time. Romário starred for Brazil in their 1994 FIFA World Cup triumph, receiving the FIFA Golden Ball as player of the tournament. He was named FIFA World Player of the Year the same year. He came fifth in the FIFA Player of the Century internet poll in 1999 and was named in the FIFA 100 list of the world’s greatest living players in 2004. At club level, after developing his early career in Brazil, Romário moved to PSV Eindhoven in the Netherlands in 1988. During his five seasons at PSV the club became Eredivisie champions three times, and he scored a total of 165 goals in 167 games. In 1993, he moved to FC Barcelona and became part of Johan Cruyff’s “Dream Team”, forming an exceptional strike partnership with Hristo Stoichkov. He won La Liga in his first season and finished top goalscorer with 30 goals in 33 matches. During the second half of his career Romário played for clubs within the city of Rio de Janeiro in Brazil. He won the Brazilian league title with CR Vasco da Gama in 2000 and was a three-time top scorer in the league. At the end of his career he also played briefly in Qatar, the United States and Australia. With 55 goals in 70 appearances for Brazil, Romário is the third-highest goalscorer for his national team, ranking only behind Pelé and Ronaldo. He is second on the all-time list of Brazilian league’s top scorers with 154 goals. While finishing as a top goalscorer in many different competitions, he is one of very few strikers to surpass the mark of 1,000 goals, and is the second-most prolific goalscorer in the history of football. 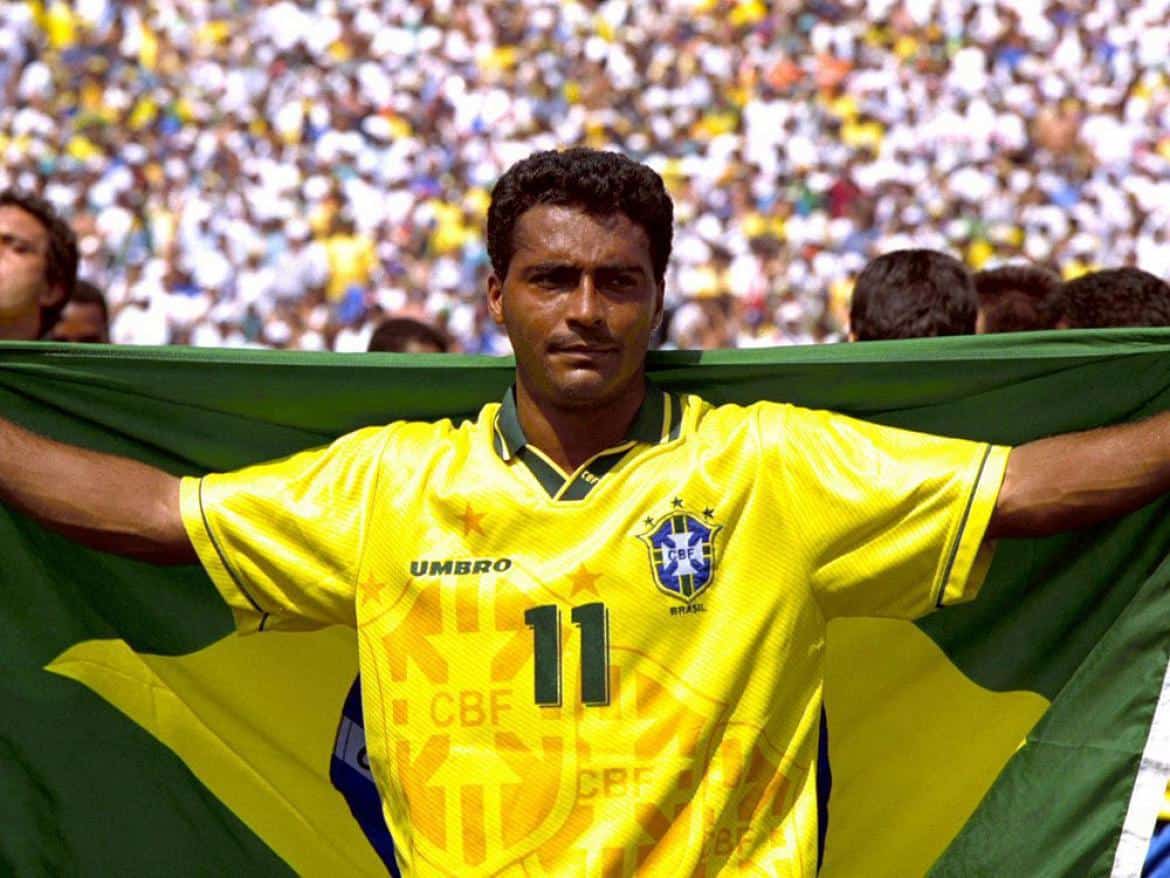 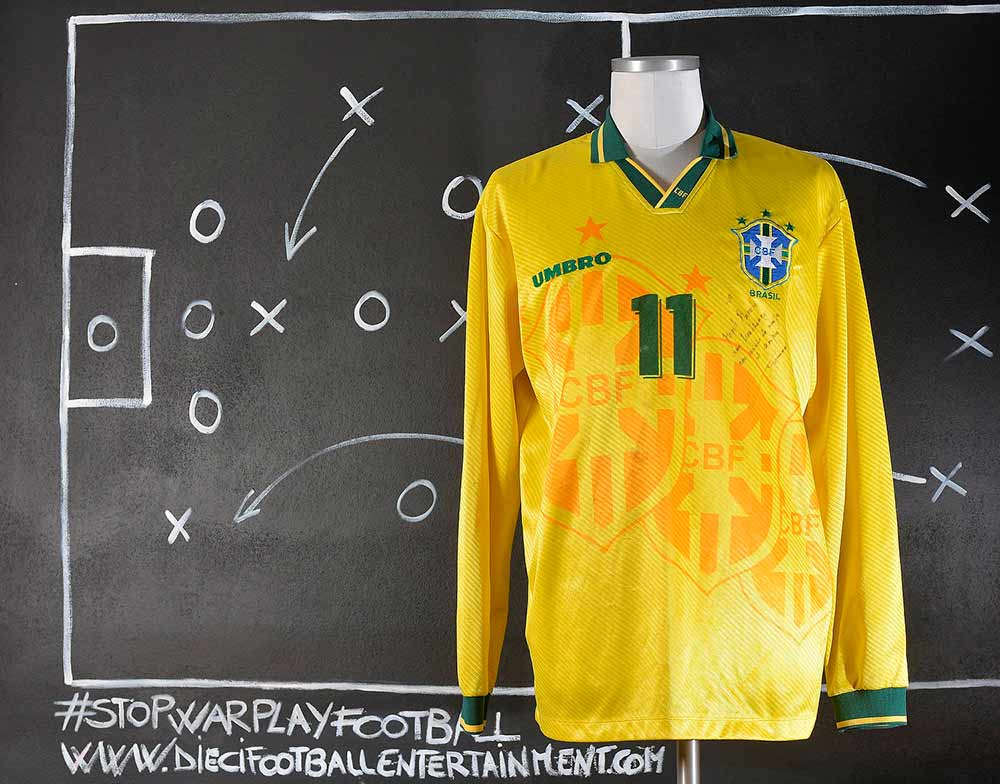 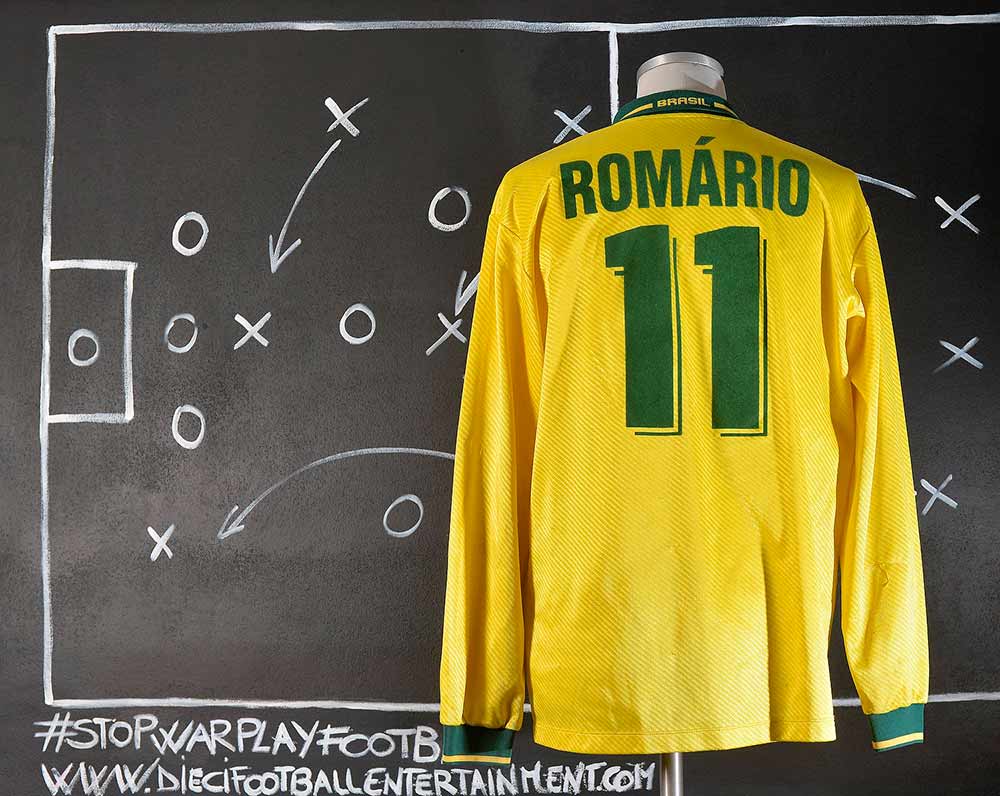 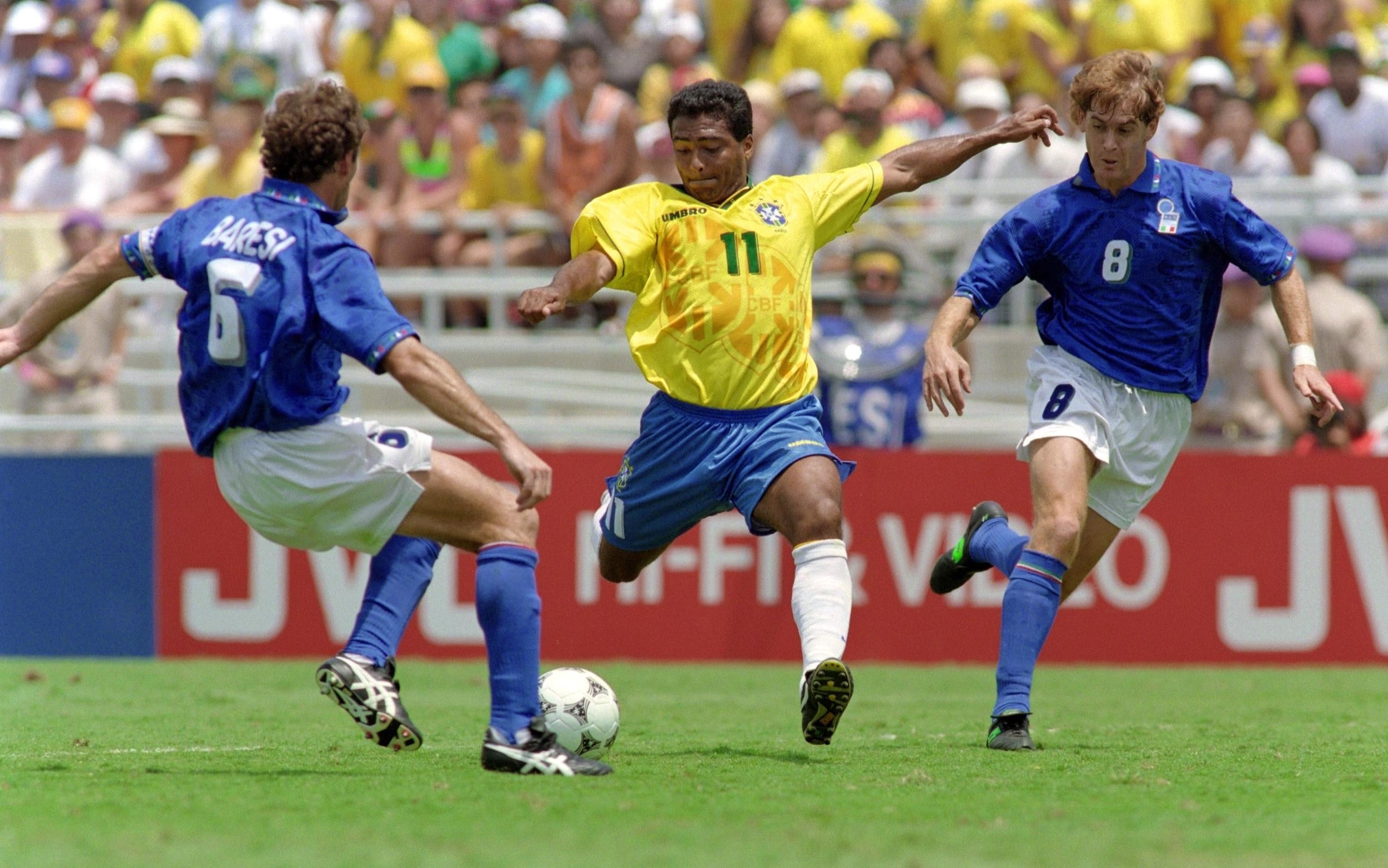 Brazil only secured a place in the Fifa World Cup “USA 94” in the last round of the Qualifiers. The last match would be against Uruguay, in Maracanã, on September 19th 1993. Brazil needed only a tie, and was favourite to win; however, Uruguay is always a tricky adversary, and many times had surprised Brazil (the most obvious, of course, the victory in the final match of the 1950 World Cup); one month earlier, Brazil and Uruguay had tied 1 x 1 in Montevidéo. In 1993, Romário, then aged 27, was at the peak of his career; he was an idol in Barcelona, after some successful seasons with PSV Eindhoven. Earlier in 1993, Brazil had disputed America Cup.  In a match in 1992, coach Carlos Alberto Parreira left Romário in the bench; Romário, as usual, expressed his dissatisfaction (“if I knew I wouldn’t play, I wouldn’t have come over from Spain”, he said). Parreira got very upset, and banned Romário from the Brazilian team. Brazil played the first seven matches of the qualifyings without Romário, while journalists and fans claimed for his presence. Before the match against Uruguay, Parreira gave up and called Romário. Brazil won by 2 x 0, and Romário scored the two goals. From that match on, Parreira and the Brazilians became more lenient with the lack of discipline of Romário. 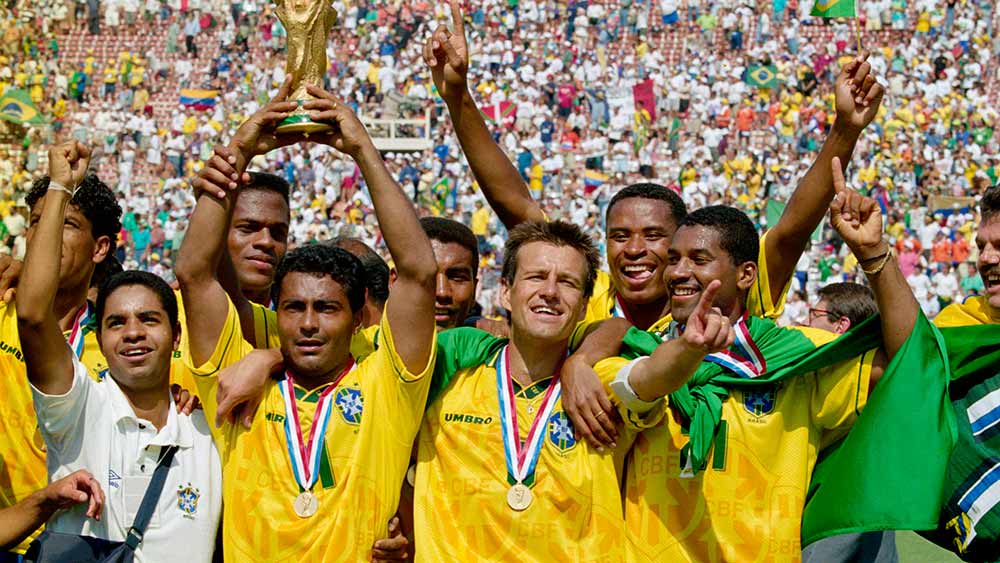 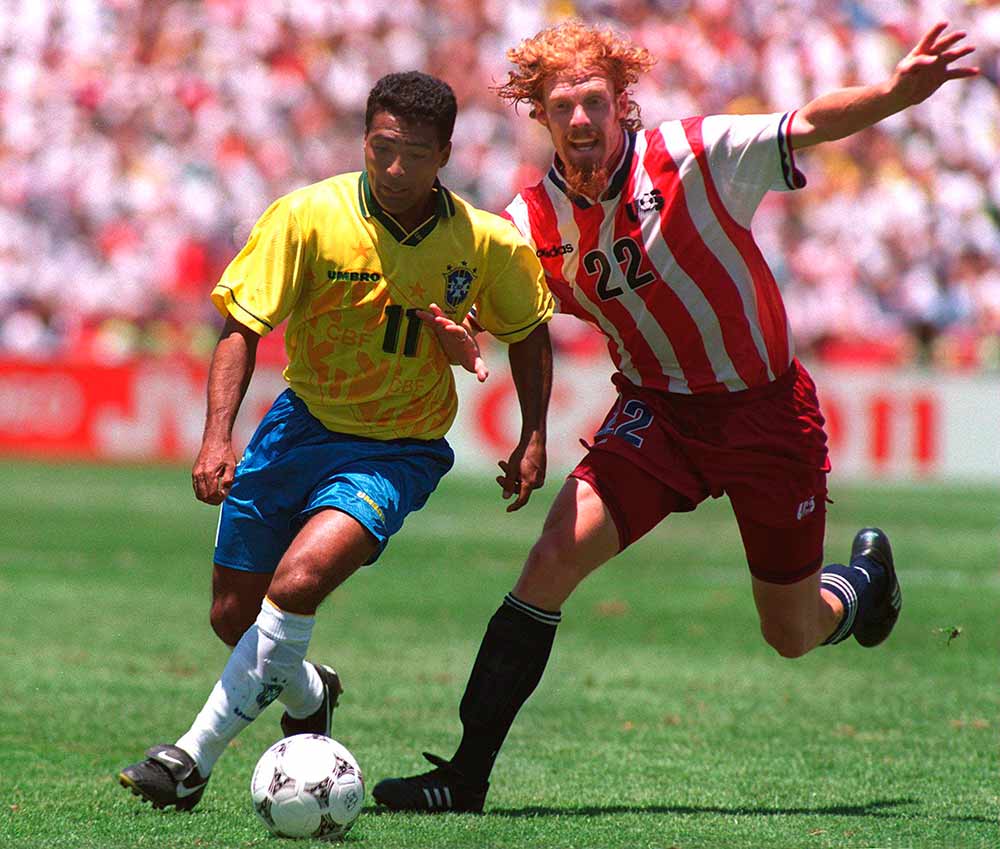 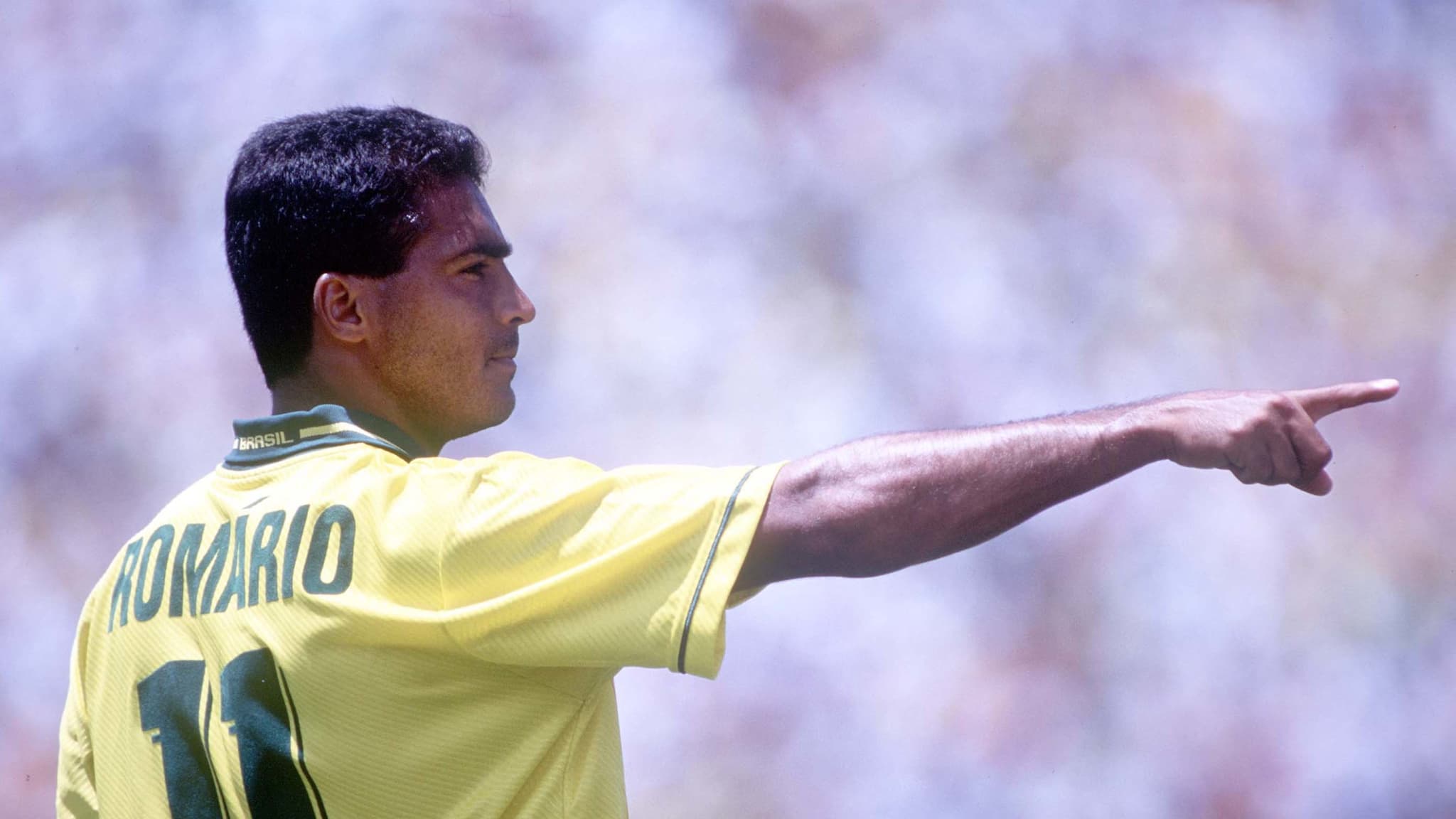 The 1994 FIFA World Cup was the 15th FIFA World Cup, held in nine cities across the United States from 17 June to 17 July 1994. The United States was chosen as the host by FIFA on 4 July 1988. Despite the host nation’s lack of a national top-level soccer league, the tournament broke the World Cup average attendance record with nearly 69,000 spectators per game, a mark that still stands today. The total attendance of nearly 3.6 million for the final tournament remains the highest in World Cup history, despite the expansion of the competition from 24 to 32 teams (and from 52 to 64 games) in the 1998 World Cup. Brazil beat Italy 3–2 in a penalty shootout after the game ended 0–0 after extra time, the first World Cup final to be decided on penalties. This made Brazil the first nation to win four World Cup titles. Greece, Nigeria and Saudi Arabiamade their first-ever appearances in the finals, Norway made its first appearance since 1938 and Bolivia made its first since 1950. Bulgaria, Morocco and Mexico returned after missing the 1990 tournament. 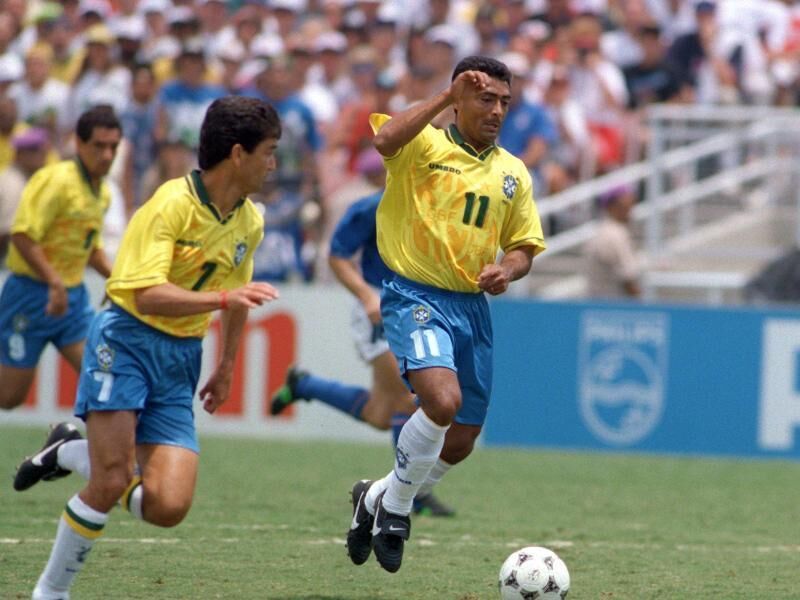 At the 1994 World Cup held in the United States, Romário partnered Bebeto in attack to lead his country to a record fourth World Cup title. Romário scored five goals in the tournament: one in each of the three first round matches, against Russia, Cameroon, and a trademark toe-poke finish against Sweden. He scored one against the Netherlands in the quarterfinals; and the game-winning header against Sweden in the semifinals. In the subsequent years, Romário formed, along with fellow Brazilian forward Ronaldo, a feared attacking combo, which was colloquially referred to as the Ro-Ro duo. The first title which the strikers won while playing together in the front line, was the 1997 Copa América in Bolivia where they scored a total of eight goals. Later on in December 1997 they each scored a hat-trick in a 6–0 win against Australia in the 1997 FIFA Confederations Cup final. Romário finished the tournament as the top-goalscorer with seven goals while Ronaldo added four. Just in 1997 the duo scored an impressive total of 34 international goals with 19 coming from Romário. The Ro-Ro attack was expected to headline the upcoming World Cup in France. On 20 May 2007, Romário scored his 1000th goal, a penalty kick against Sport Recife, playing for Vasco da Gama. The Brazilian press claimed him as one of few players in professional football history to achieve this, like Pelé and Puskás. The 1000th goal drew much attention from both Brazilian and international press, with the game being stopped for over 20 minutes to allow for celebrations from his fans. There is some controversy over the validity of the 1000 goals, because the number is somewhat inaccurate and Romário’s research team also counted his goals in junior, friendly and non-official games. FIFA congratulated Romário on his milestone goal but stated he is still officially on 929 goals, as 77 came in youth football, with others being scored in friendly matches. In 2008, Romário released a DVD with the best goals of his career totaling 900 goals in the disc. Following the landmark goal, Vasco da Gama unveiled a statue of Romário at the Estádio São Januário. 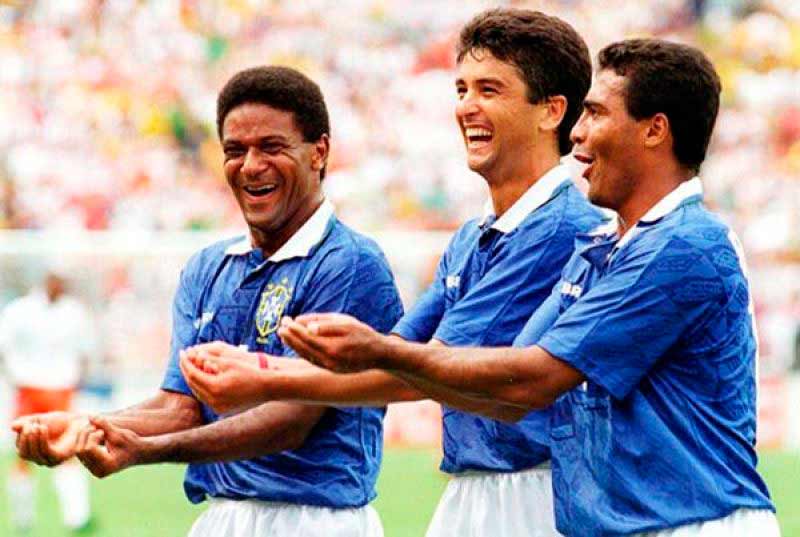 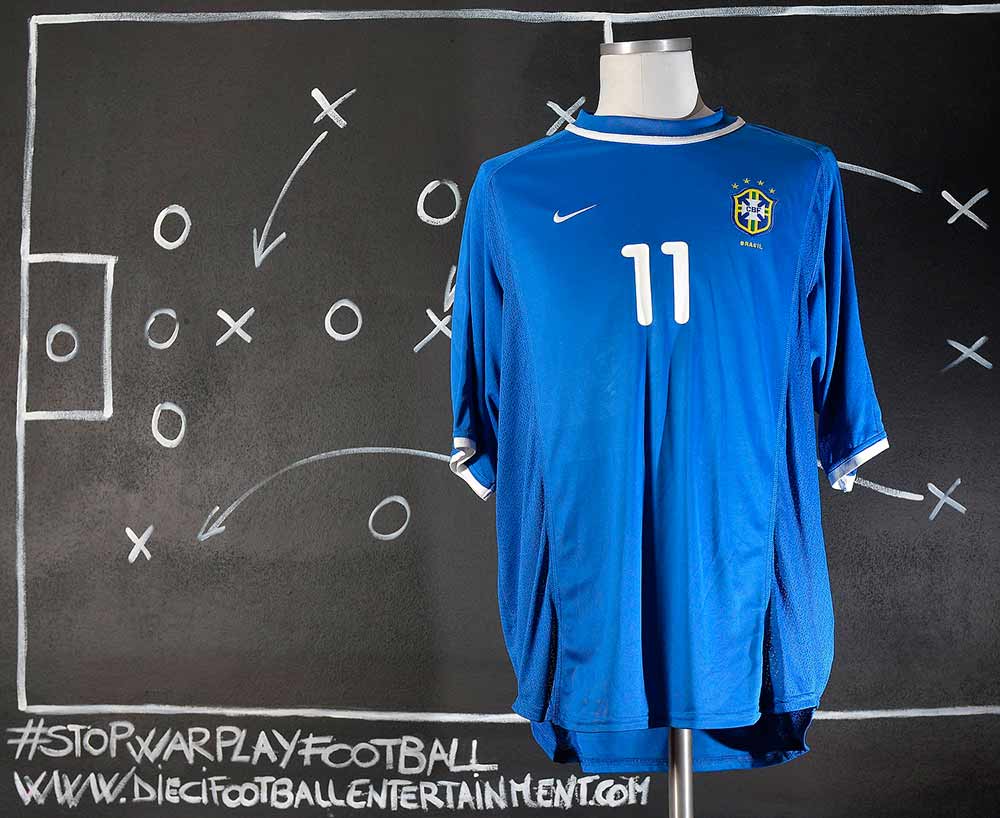 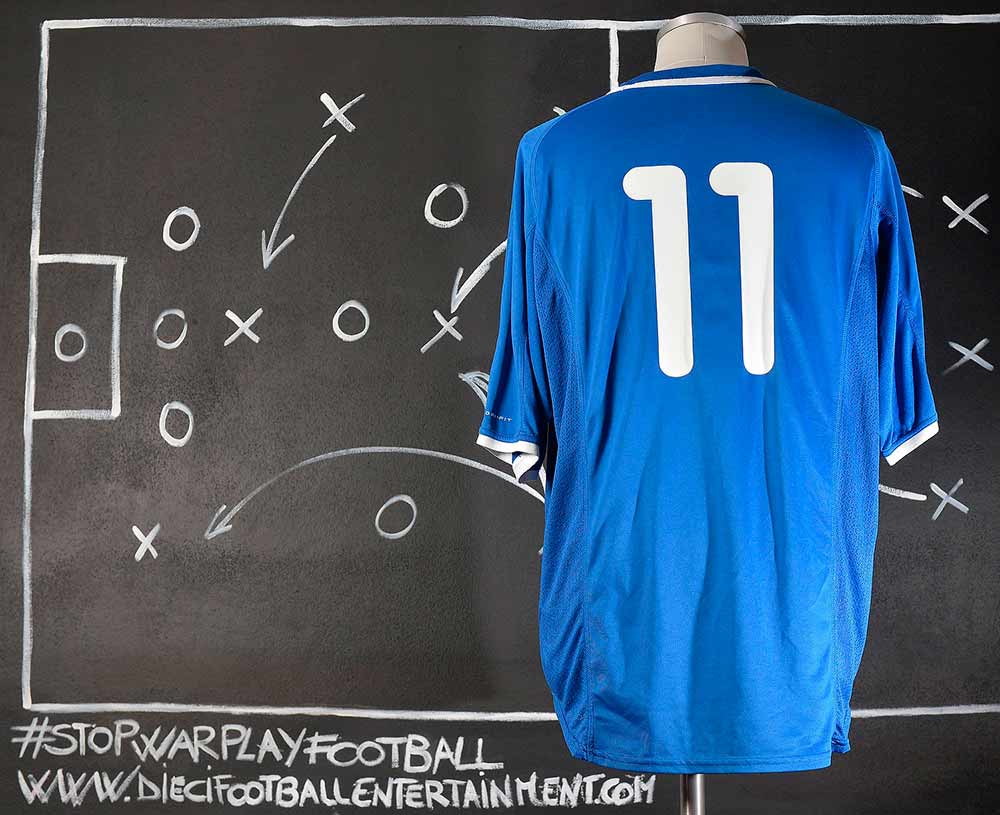 Prior to the 2002 World Cup, Romário, aged 36, was in considerably good form while playing for Vasco da Gama, but once again he was left out of the national squad by coach Luiz Felipe Scolari due to indiscipline. The final incident happened when he pulled out of the Brazil squad for the 2001 Copa America in Colombia. He told Scolari that he was having an eye operation, but he played friendlies for club side Vasco da Gama in Mexico and went on holiday instead. The entire country, including President Fernando Henrique Cardoso, called for his inclusion, and Romário gave a televised news conference in which he made his case and apologized, bursting into tears three times, though he said he couldn’t remember doing or saying anything against the manager and the players. The BBC’s South American football correspondent, Tim Vickery, called Romário’s news conference “bizarre” and reported that there were “increasingly credible rumours” that “senior players asked Scolari not to recall the veteran striker”. Scolari was unmoved and did not pick him, saying before his squad announcement that Romário’s exclusion was “technical and tactical”. After the announcement, he said that it was as a result of Romário’s withdrawing from the Copa America: “People forget the details, but I do not. I almost got fired from the national team after [the Copa America].” (Brazil had been beaten in the quarter-finals by Honduras.) Asked if he would watch Brazil’s games on television, Romário, famous for late night partying throughout his career, replied: “The games start at six o’clock in the morning. At that time, I’m usually getting home.” Without Romário, Brazil went on to win the World Cup for the fifth time in history. 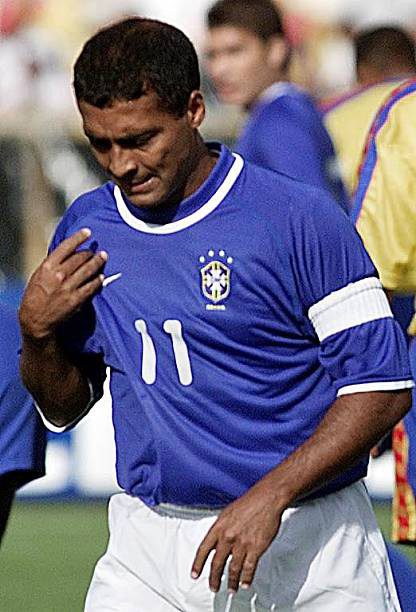 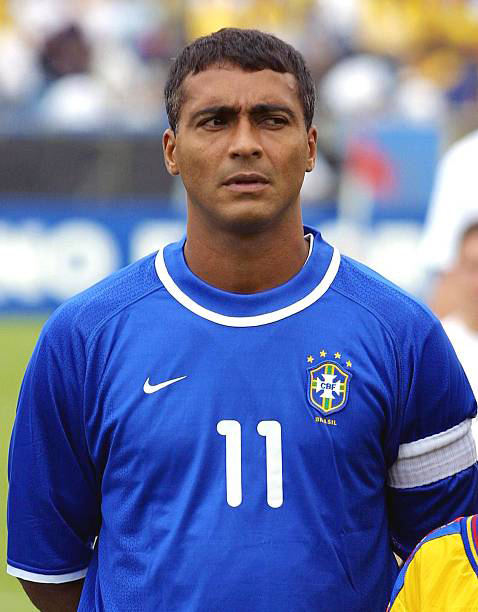 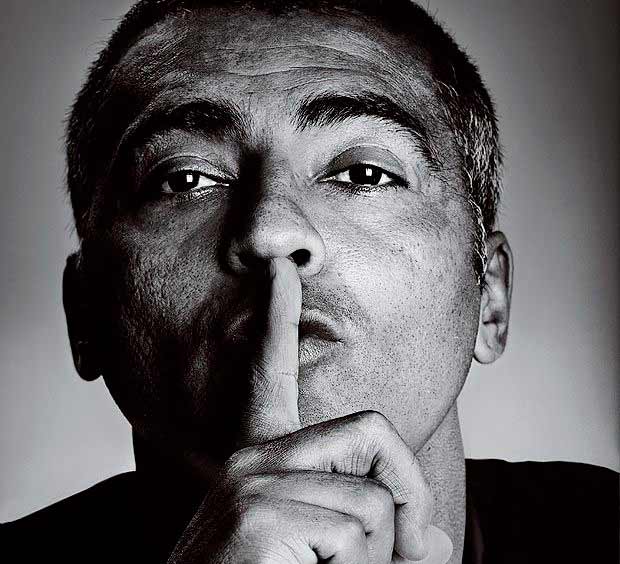 “When I was born, the man in the sky pointed to me and said, ‘That’s the guy” Romario

Romario is included in our “Ballon d’Or” section even if he never won it. But it’s important to know that to coincide with the 60th anniversary of the Ballon d’Or in 2016, France Football published a reevaluation of the awards presented before 1995, when only European players were eligible to win the award. 12 out of the 39 Ballons d’Or presented during this time period would have been awarded to South American players; in addition to Pelé and Diego Maradona, Garrincha, Mario Kempes, and Romário were retrospectively recognized as worthy winners. The original recipients, however, remain unchanged. Maradona and Pelé received honorary Ballons d’Or for their services to football in 1996 and 2013, respectively. 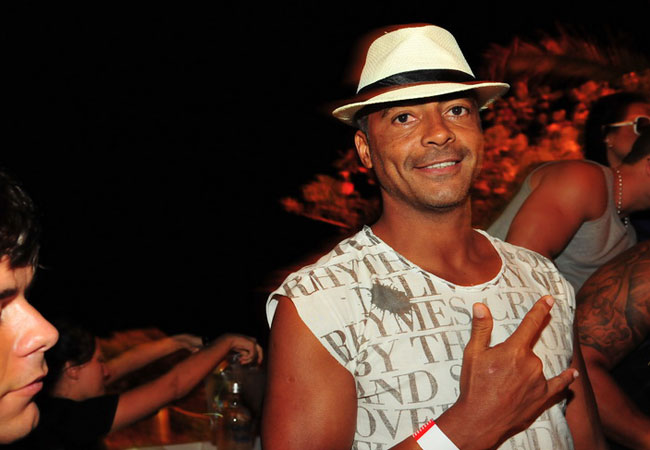 Grosso Grosso2021-01-09T10:56:59+00:00
Page load link
This site uses cookie technology, including third parties' ones. If you want to know more click here. If you access any element of this site outside this banner, you consent to the use of cookies. Ok
Go to Top