Leroy Aziz Sané is a German professional footballer who plays as a winger and as an attacking midfielder for the German national team. He made his professional debut for Schalke 04 in 2014 and transferred to Manchester City in 2016 for an initial £37 million fee. He was voted PFA Young Player of the Year in 2017–18 after helping City win the Premier League and EFL Cup. Sané made his senior international debut for Germany in November 2015 and was part of their squad that reached the semi-finals of UEFA Euro 2016. 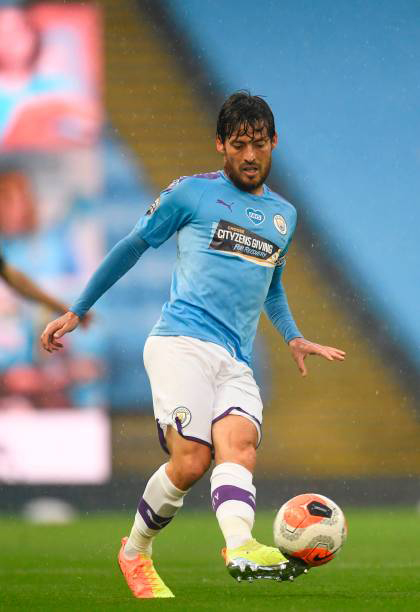 This shirt was worn by Leroy Sanè during the Premier League between Manchester City and Arsenal which took place in Manchester, “Etihad Stadium” on June 17th 2020. Manchester City defeated Arsenal 3-0. This style of shirt with the special “Cityzens Giving for Recovery” sponsor on chest was used by the team in this game only. Plus the team replaced player’s names on the back with “Black Lives Matter”. On June 12th players from all 20 Premier League clubs released a joint statement saying the nameplate on their kits would have been replaced by the statement “Black Lives Matter”. “We, the players, stand together with the singular objective of eradicating racial prejudice wherever it exists, to bring about a global society of inclusion, respect, and equal opportunities for All, regardless of their color or creed,” the statement read. “This symbol is a sign of unity from all players, all staff, all clubs, all match officials and the Premier League.” The Premier League confirmed its support to the players’s jersey decision, which affected the first 12 matches of the restart through June 22, and stated the league would have included a “Black Lives Matter” patch on all uniforms for the remainder of the term. It also provided clearance for any player who wants to kneel before the start of a match.
“The Premier League believes there is no room for racism, anywhere,” it said in a statement. The announcement came amid worldwide protests focused on ending racial injustice and police brutality after George Floyd, a 46-year-old black American, was killed while in police custody on May 25. Manchester City forward Raheem Sterling discussed his support of the movement on BBC Newsnight (via Sky Sports). “This is the most important thing at this moment in time because this is something that is happening for years and years. Just like the pandemic, we want to find a solution to stop it,” he said. “At the same time, this is what all these protesters are doing. They are trying to find a solution and a way to stop the injustice they are seeing, and they are fighting for their cause.” 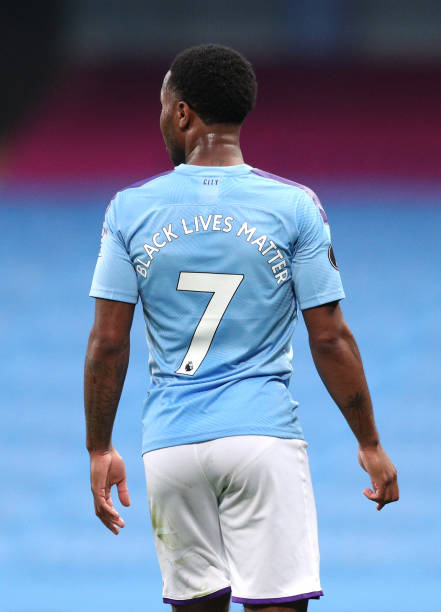 The sponsor on chest is related to the “Cityzens Giving for Recovery” that was launched by City Football Group (CFG), which is a 12-month recovery campaign bringing together its nine clubs, thousands of staff, players and coaches, and millions of fans to help communities get back on their feet in the wake of the COVID-19 pandemic. In the wake of the pandemic, CFG has been supporting the emergency global COVID-19 response for the past three months, through almost £1,000,000 of donations, in-kind support and the loaning of facilities. When the Premier League restarted after the pandemic CFG delivered another £1,000,000 of funding and support through its “Cityzens Giving for Recovery” initiative. The recovery projects focused on various themes including mental and physical health, education for vulnerable young people and tackling loneliness and isolation amongst other initiatives. CFG looked to help facilitate the efforts through its clubs, staff, players, coaches, fans and its partners including its principal partner of more than a decade, Etihad Airways. Etihad generously donated the space on the front of City’s shirt, which normally bears its company branding, to “Cityzens Giving for Recovery” for this home match against Arsenal – that was also the Club’s first game in more than three months after the pandemic. 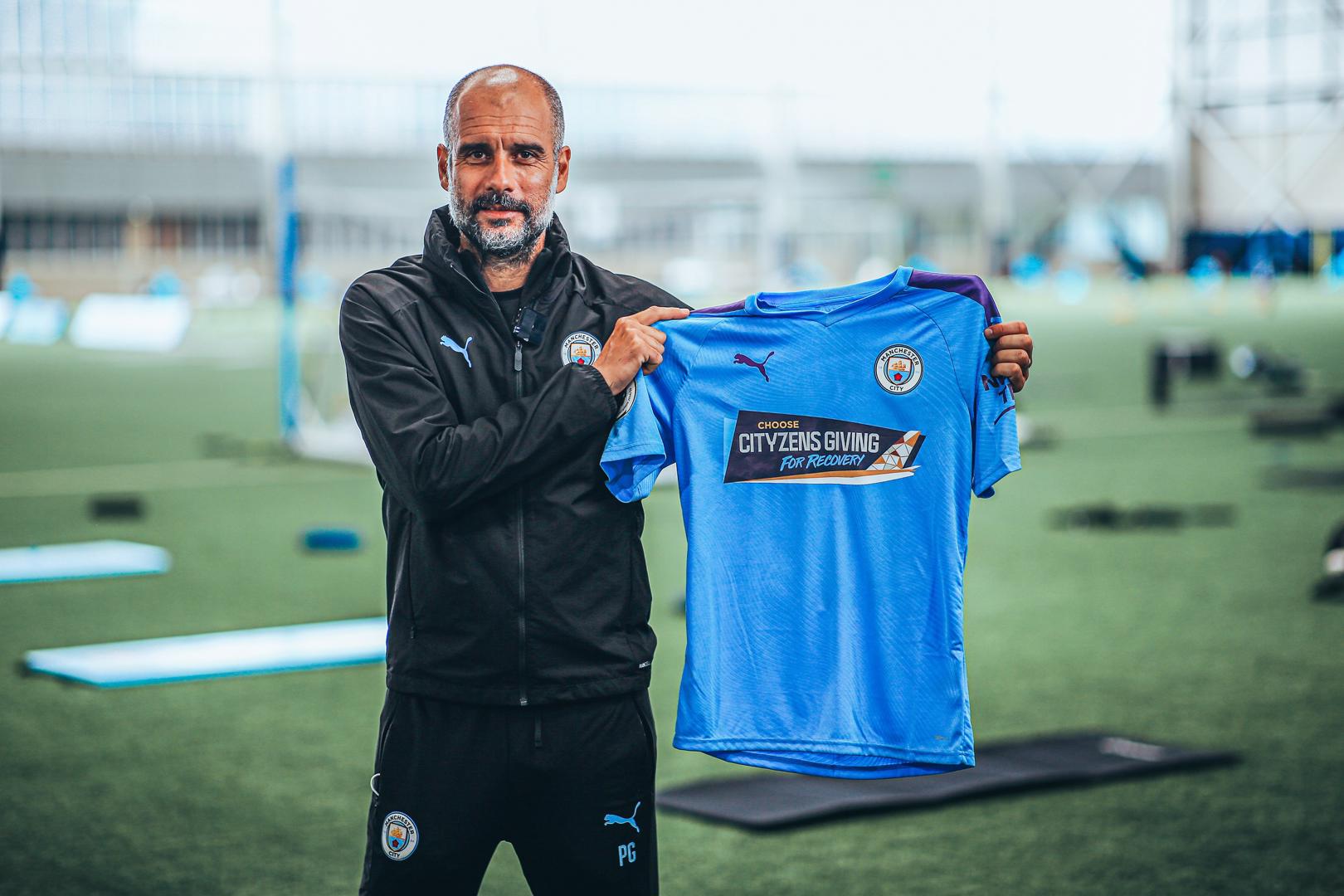 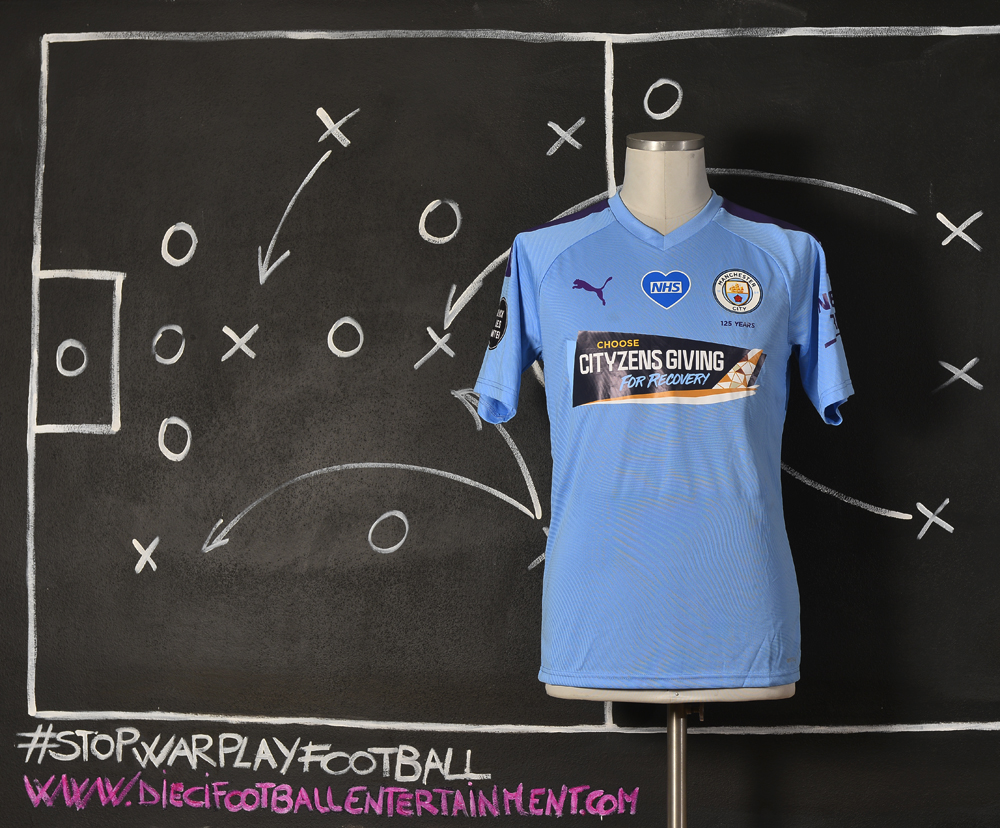 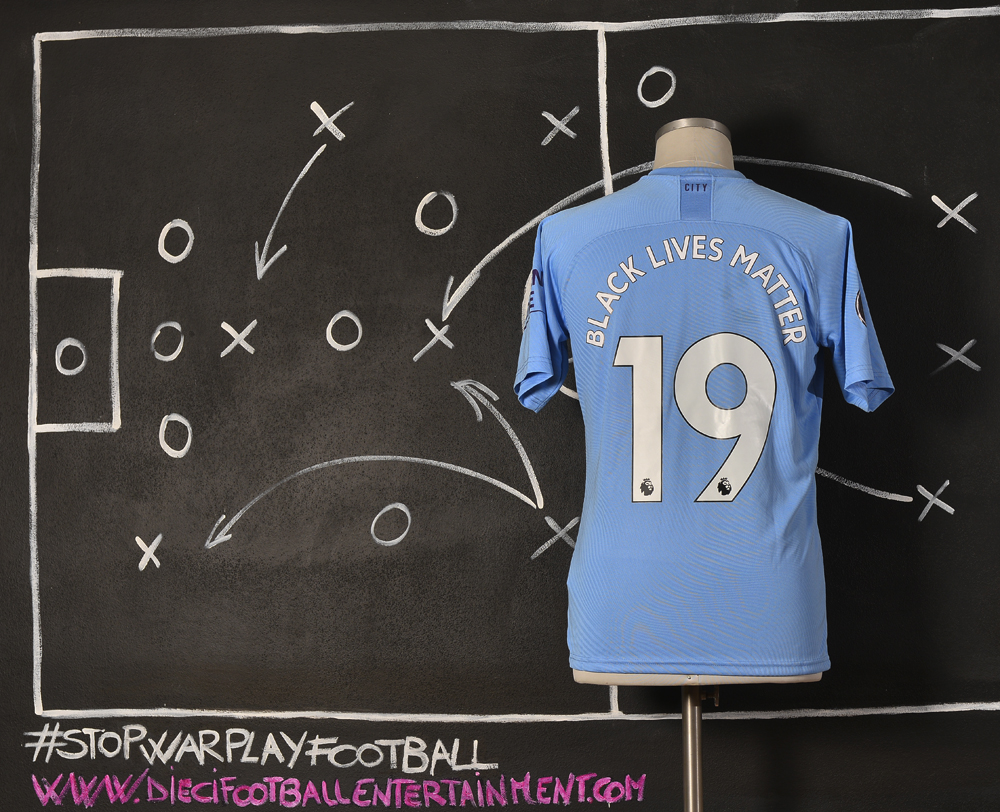 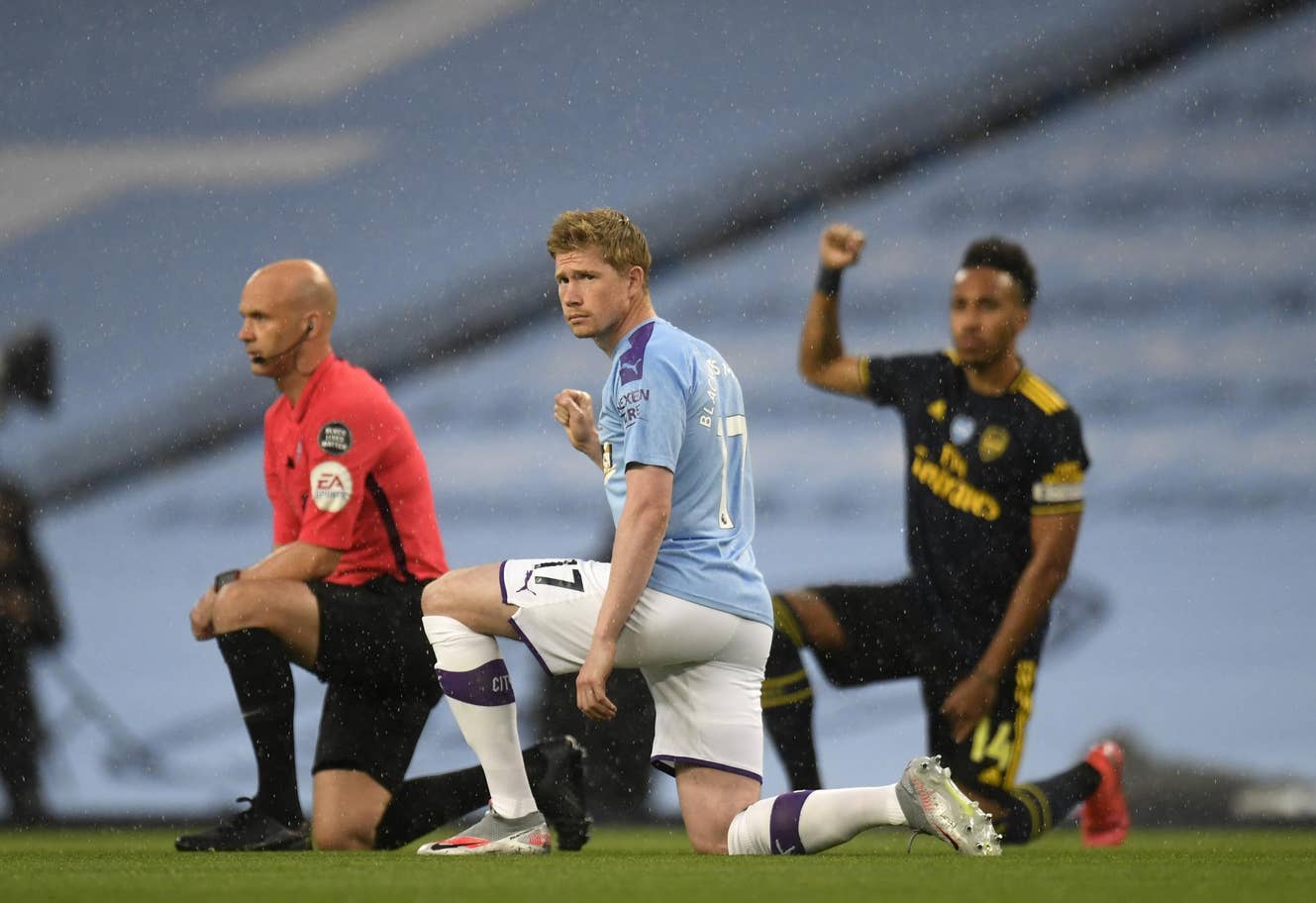 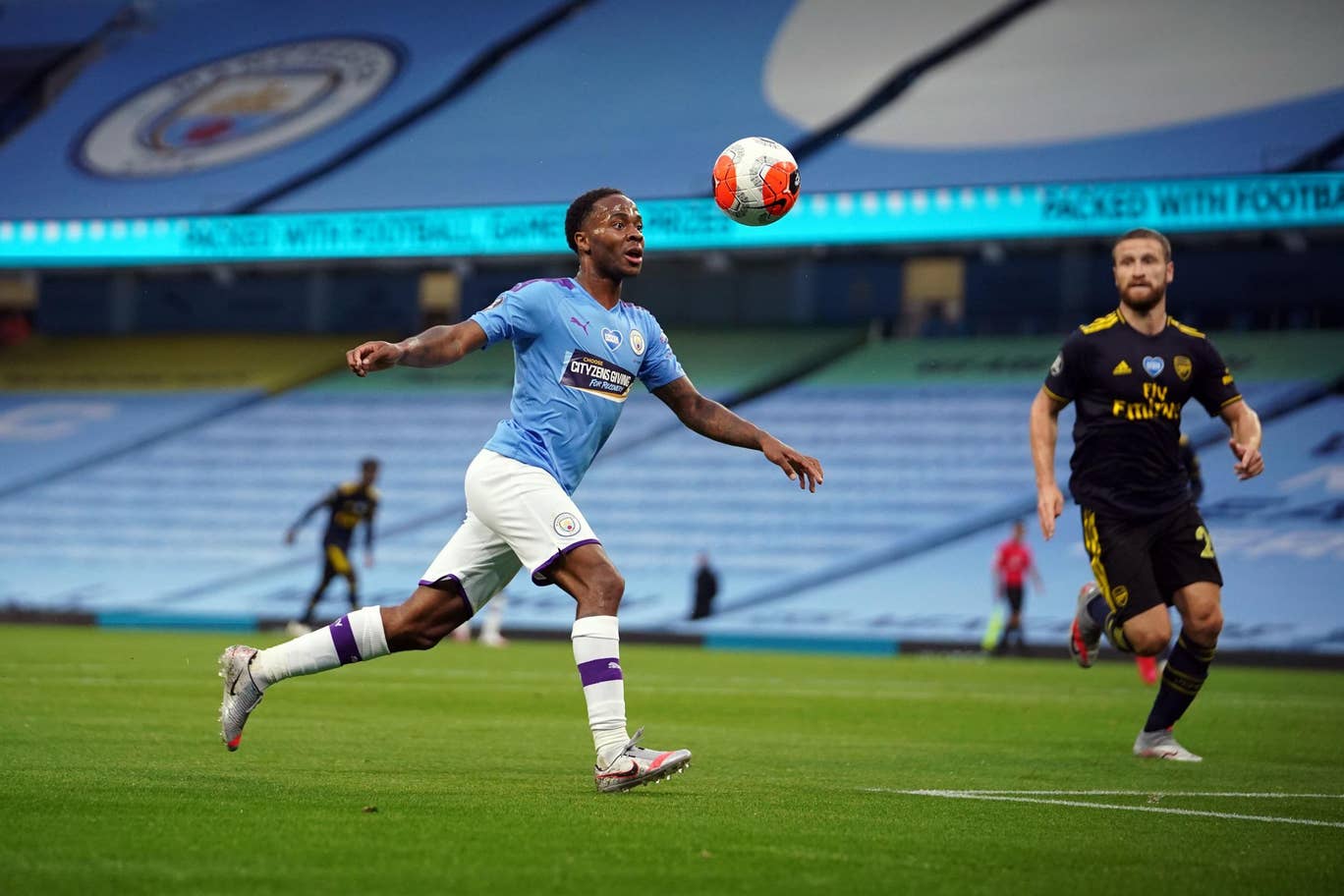 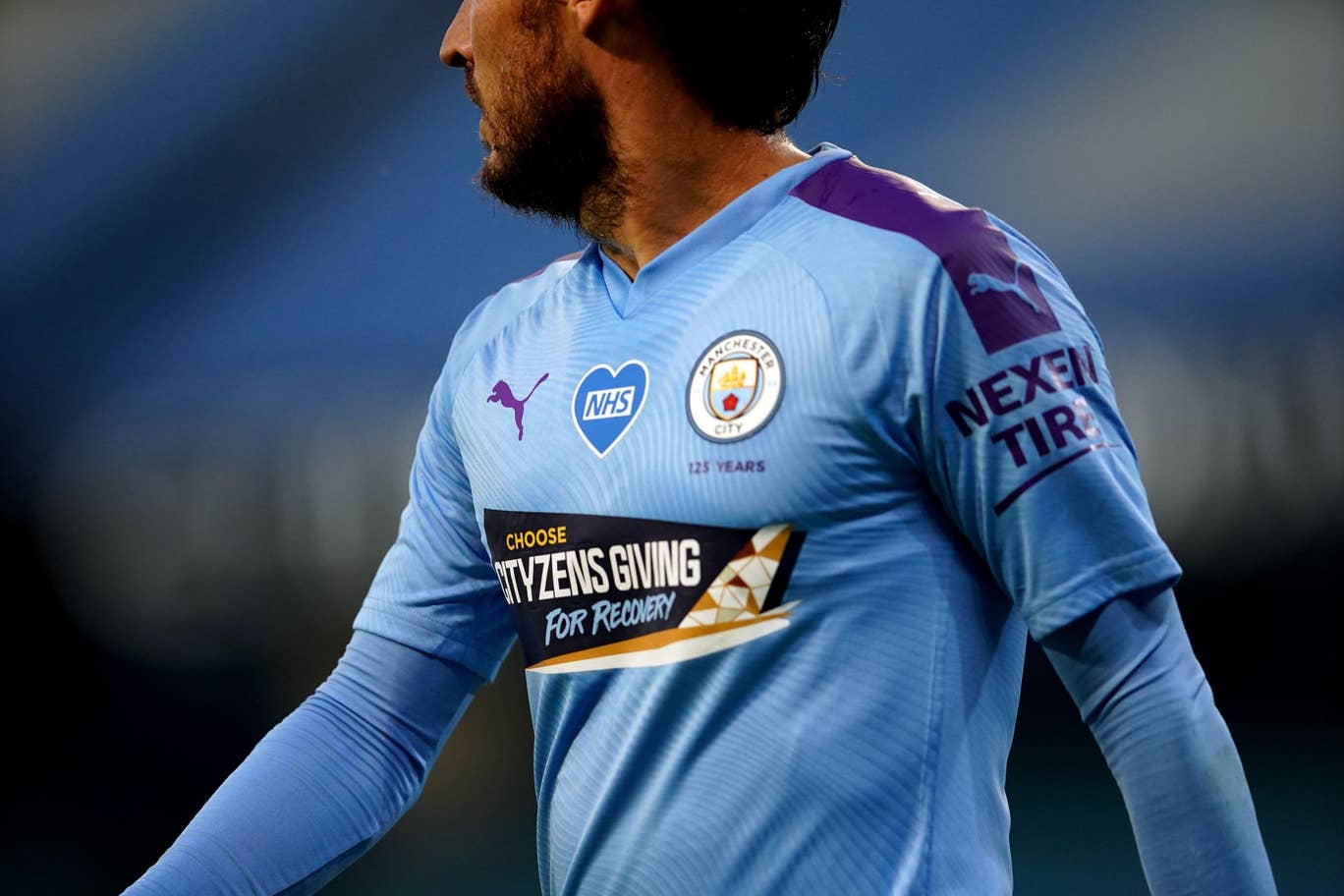 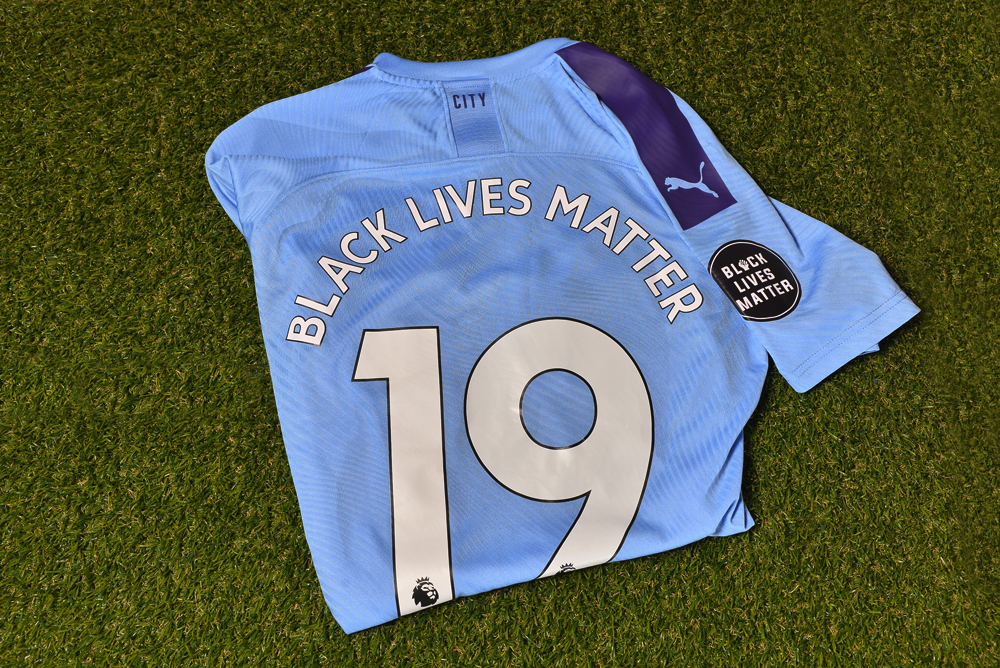 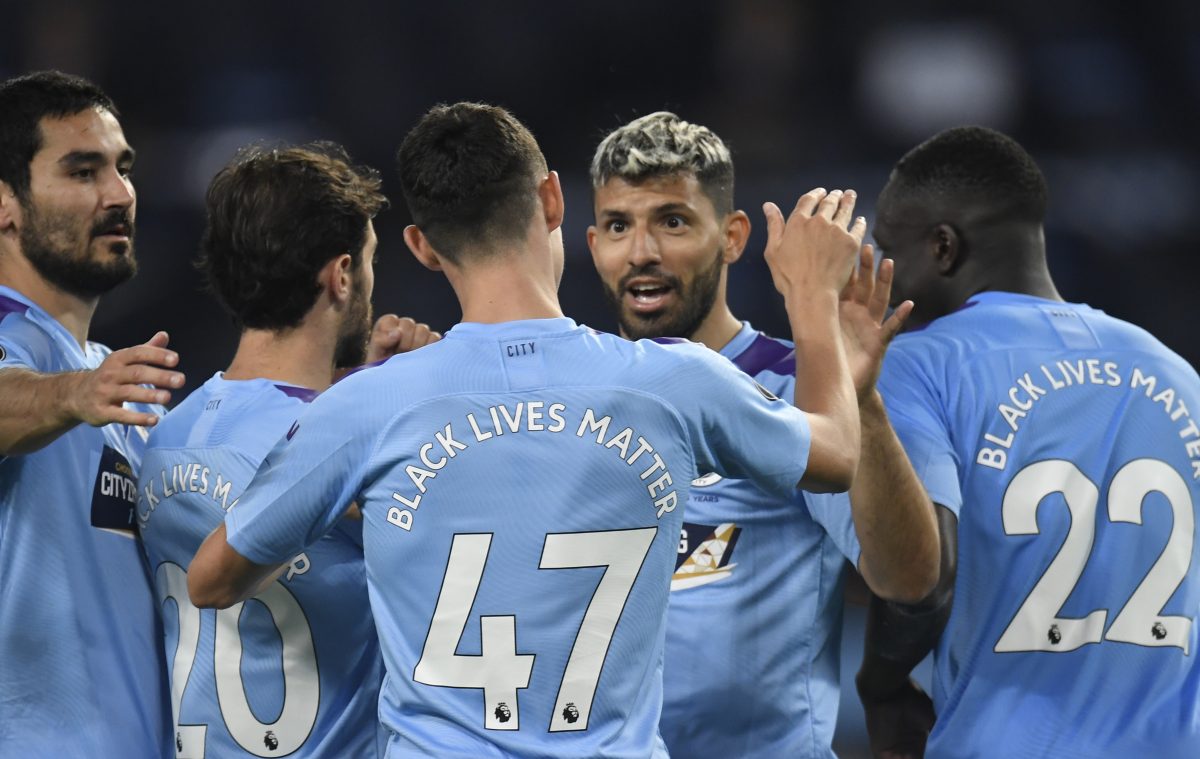 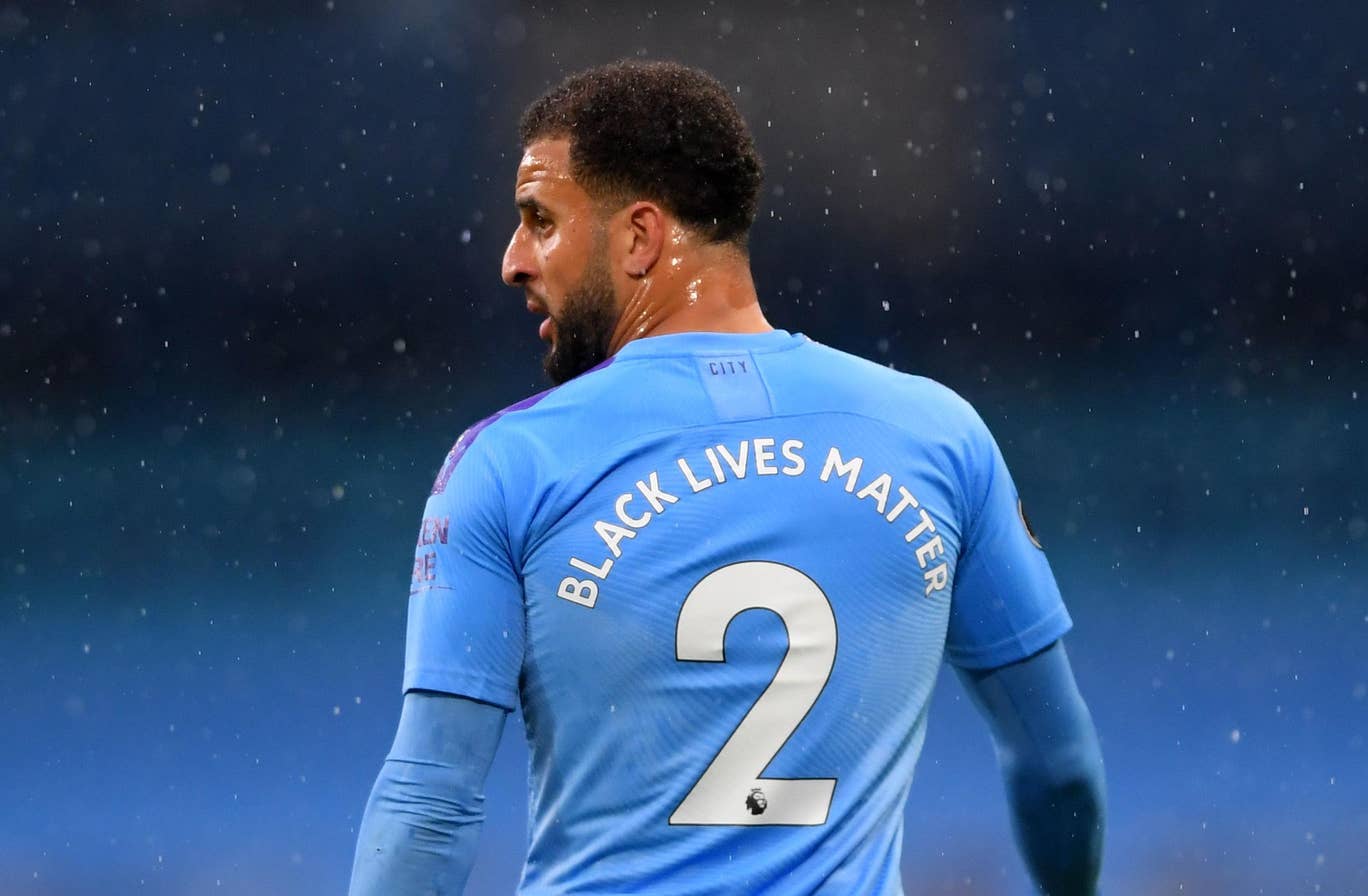 Sané was born on 11 January 1996 in Essen, Germany, the son of Senegal international footballer Souleyman Sané and German Olympic gymnast Regina Weber. His father met his mother while playing professionally for SG Wattenscheid 09. Sané grew up in Wattenscheid and went to secondary school in nearby Gelsenkirchen. His two brothers, Kim and Sidi, have played for the youth side or second XI of major German football clubs. Sané began playing football in 2001 for the youth team of SG Wattenscheid 09. In 2005, he joined Schalke 04. Three years later, he joined Bayer Leverkusen, before returning to the Schalke youth academy (Nachwuchsleistungszentrum) in 2011. Sané is the son of former German rhythmic gymnast, the 1984 Summer Olympics bronze medalist Regina Weber and former footballer and Senegalese international Souleymane Sané. Souleymane Sané was raised in France; he moved to Germany through his service in the French Army. Leroy Sané was born in Essen, North Rhine-Westphalia, and raised near the Lohrheidestadion, Wattenscheid. He was named Leroy in honor of Claude Le Roy, a former head coach of his father. 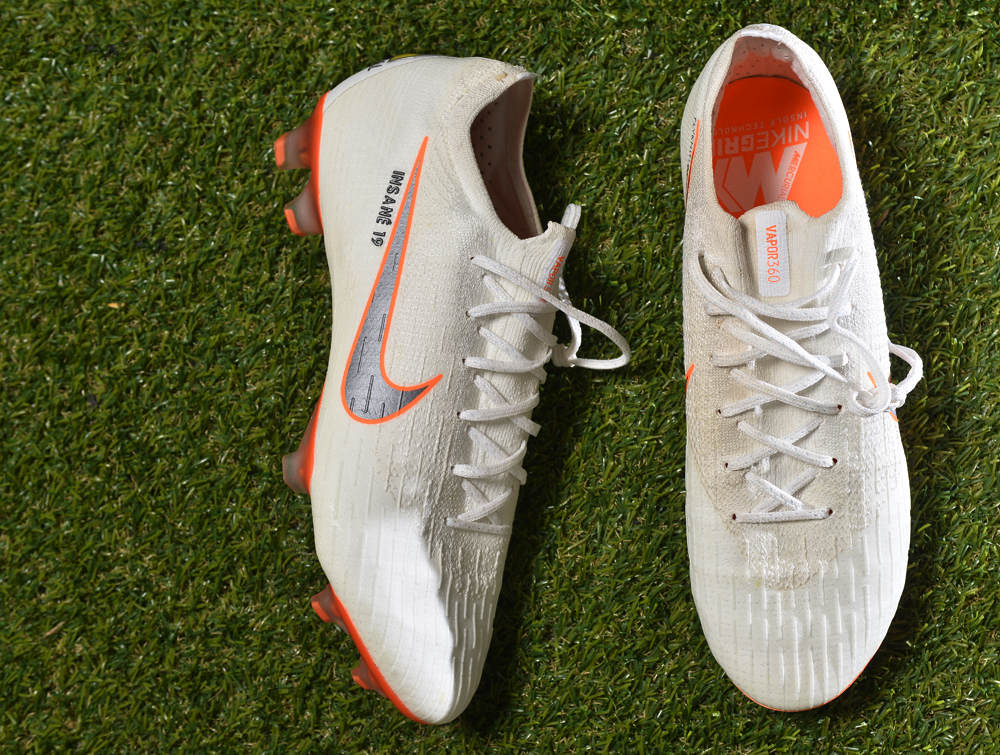 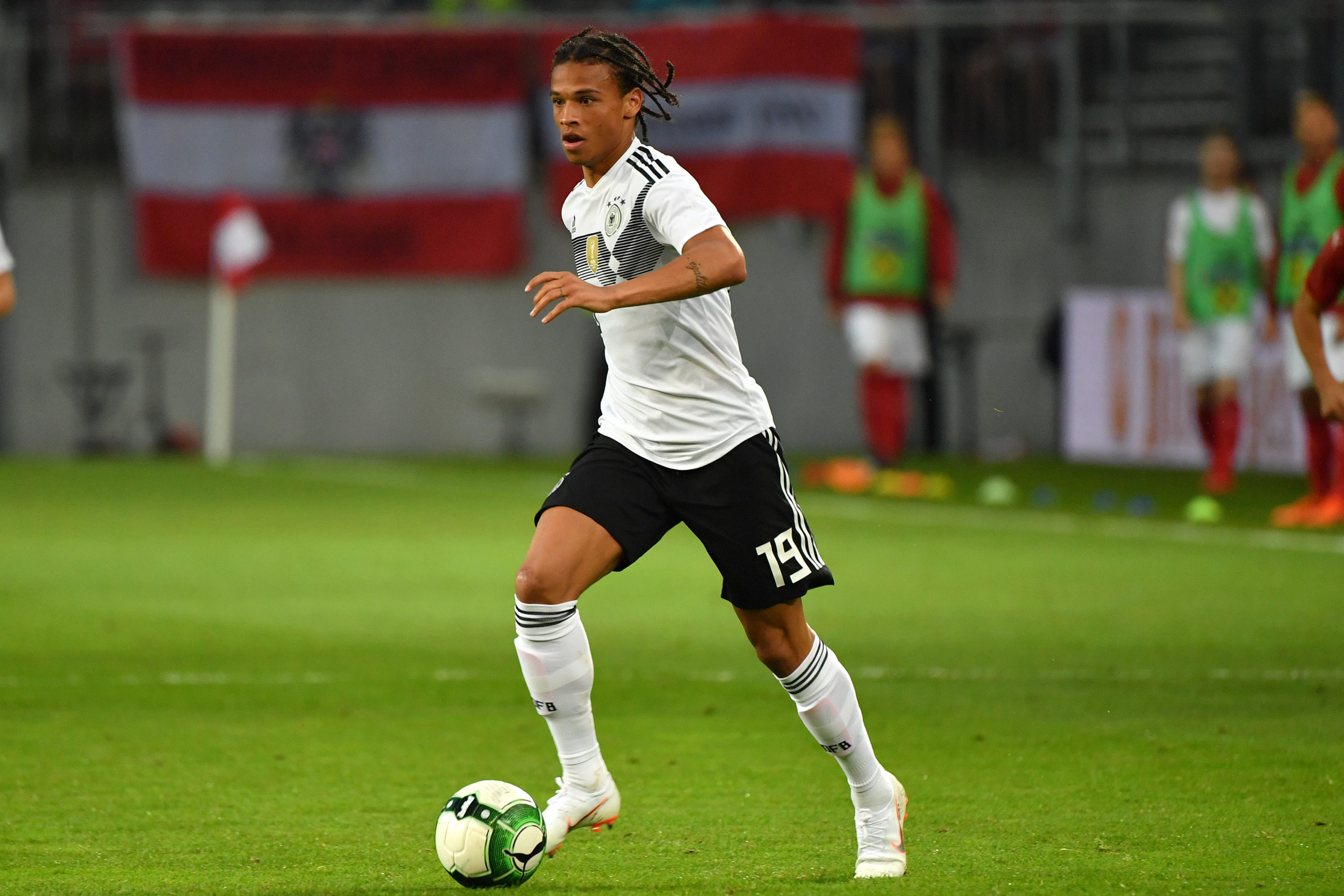 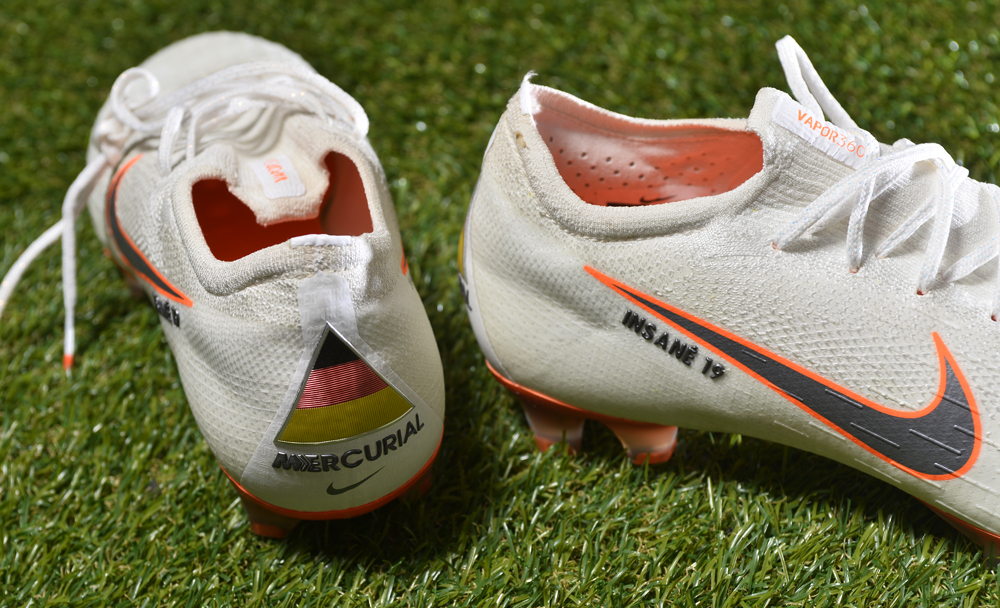 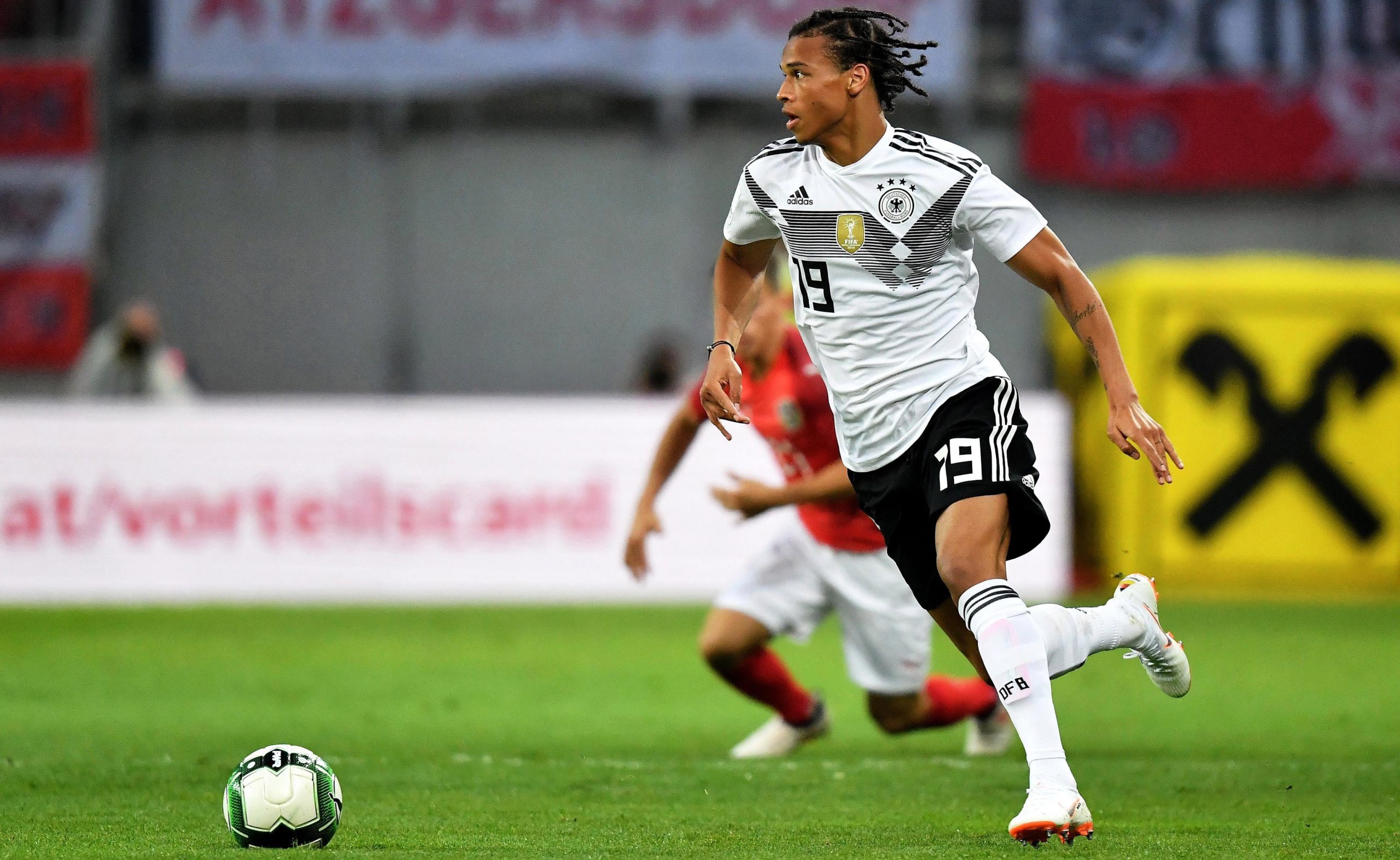 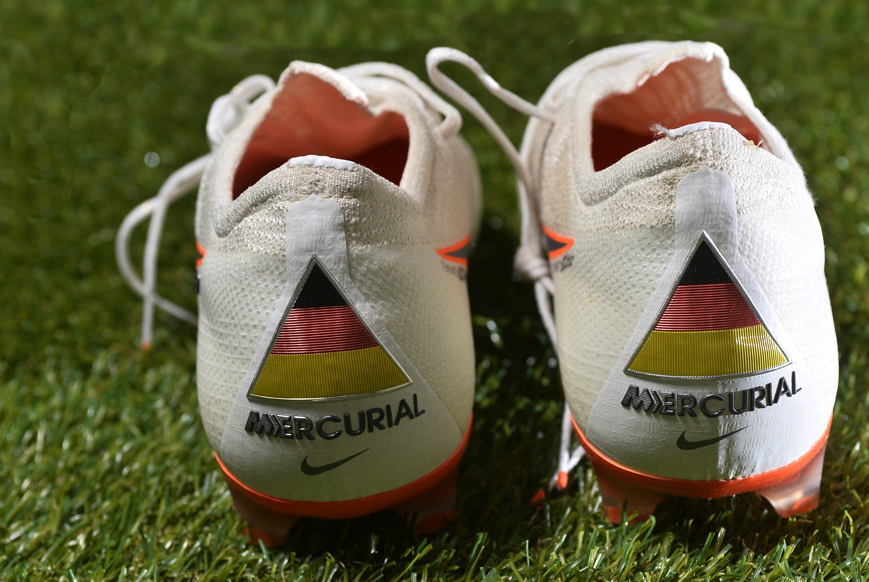 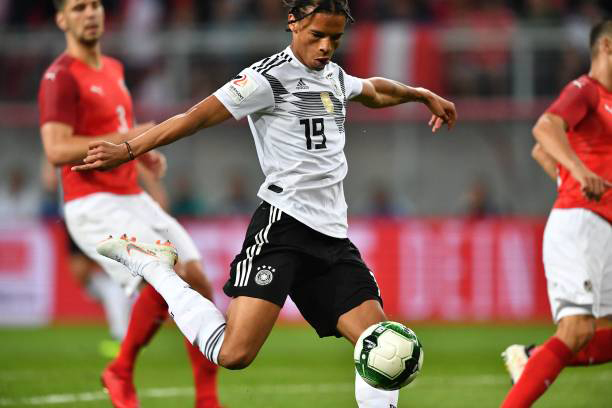 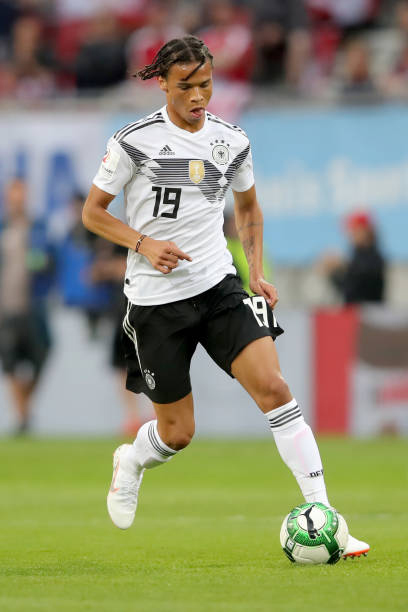 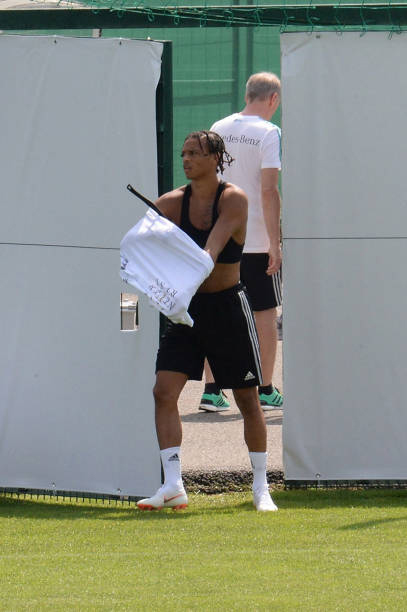 Sané was first called up to the Germany under-21 team by youth coach Horst Hrubesch on 28 August 2015 for the friendly against Denmark and for the 2017 UEFA European Under-21 Championship qualifier against Azerbaijan. On 3 September 2015, he made his debut for the German U21 side in a 2–1 win at Stadion an der Lohmühle in Lübeck against Denmark, where he was replaced after 73 minutes by Julian Brandt. Sané received his first senior call-up to the German senior team on 6 November 2015 in a friendly against France. On 13 November 2015, he was substituted in the 61st-minute for Julian Draxler in a friendly match against France in Saint-Denis, in what would be a 2–0 defeat for the Germans, overshadowed by shootings and explosions around the stadium. Sané was selected by Germany boss Joachim Löw to represent the country at UEFA Euro 2016. He participated in one match, replacing Bastian Schweinsteiger on 79 minutes in Germany’s 2–0 semi-final defeat to France. Sané was eligible to play for France because he holds French citizenship. 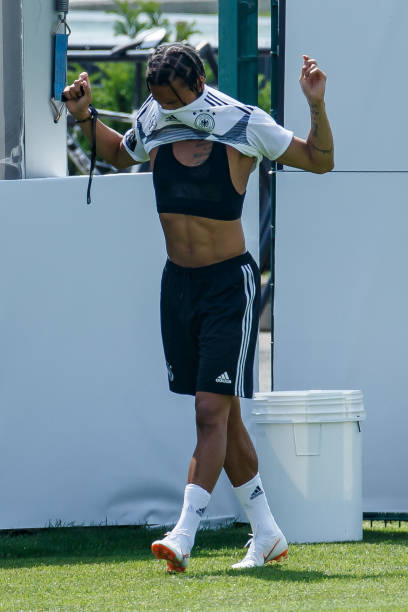 These Nike boots are the FIFA World Cup “Russia 2018” model especially made for World Cup players. They were used by Leroy Sanè for all pre-World Cup games and training but not during the World Cup as expected because the player was omitted from Germany’s final 23-man squad on 4 June 2018 few days before the competitions begun. In September 2018, after he was selected for the squad to face games against France and Peru, he left the team hotel after a discussion with Joachim Löw, citing “personal reasons” as his cause for leaving. It was later revealed that the reason for leaving was due to the birth of his daughter. On 16 November 2018 he scored his first goal for Germany against Russia following an assist from Serge Gnabry. The goal came in the 8 th minute of the game as Germans won the game by 3-0.

Grosso Grosso2020-08-31T17:50:04+00:00
Page load link
This site uses cookie technology, including third parties' ones. If you want to know more click here. If you access any element of this site outside this banner, you consent to the use of cookies. Ok
<script type='text/javascript' src='https://www.10footballentertainment.com/wp-content/plugins/woocommerce-products-filter/ext/