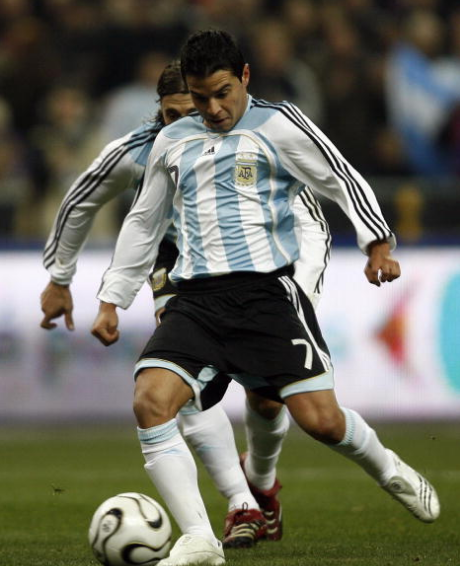 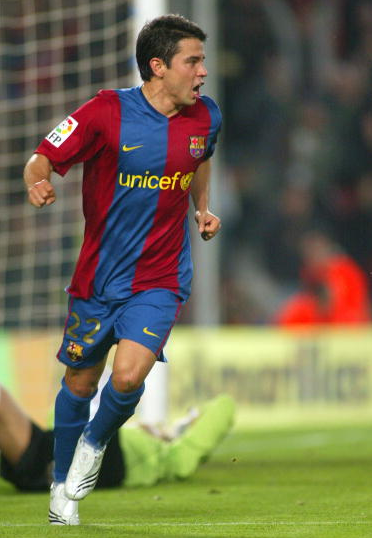 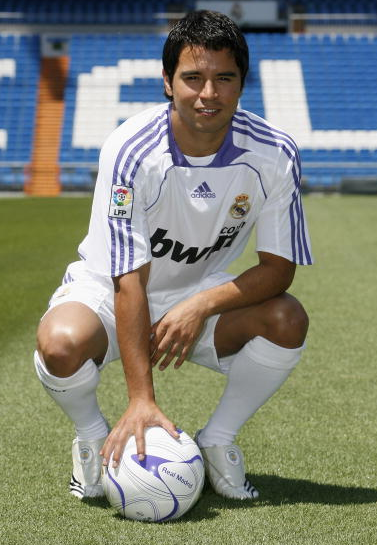 Javier Pedro Saviola Fernández is a retired Argentine professional footballer who played as a forward. Known for his speed, dribbling and ability to score from almost any attacking position on the field,[1] he represented both Barcelona and Real Madrid and was named as the youngest player on Pelé’s FIFA 100 list of the 125 greatest living footballers in 2004. Due to his ancestry he also holds Spanish nationality since 2004, and he amassed La Liga totals of 196 games and 70 goals over the course of eight seasons; he started and finished his career at River Plate. An Argentine international for seven years, Saviola represented his country at the 2006 World Cup and the 2004 Copa América, where his team reached the final. He also won a gold medal at the 2004 Olympics. 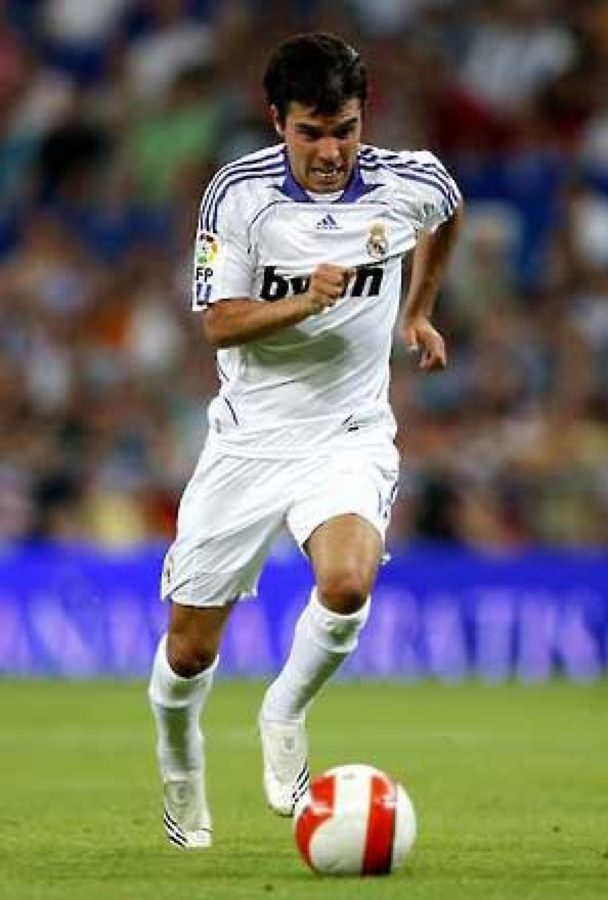 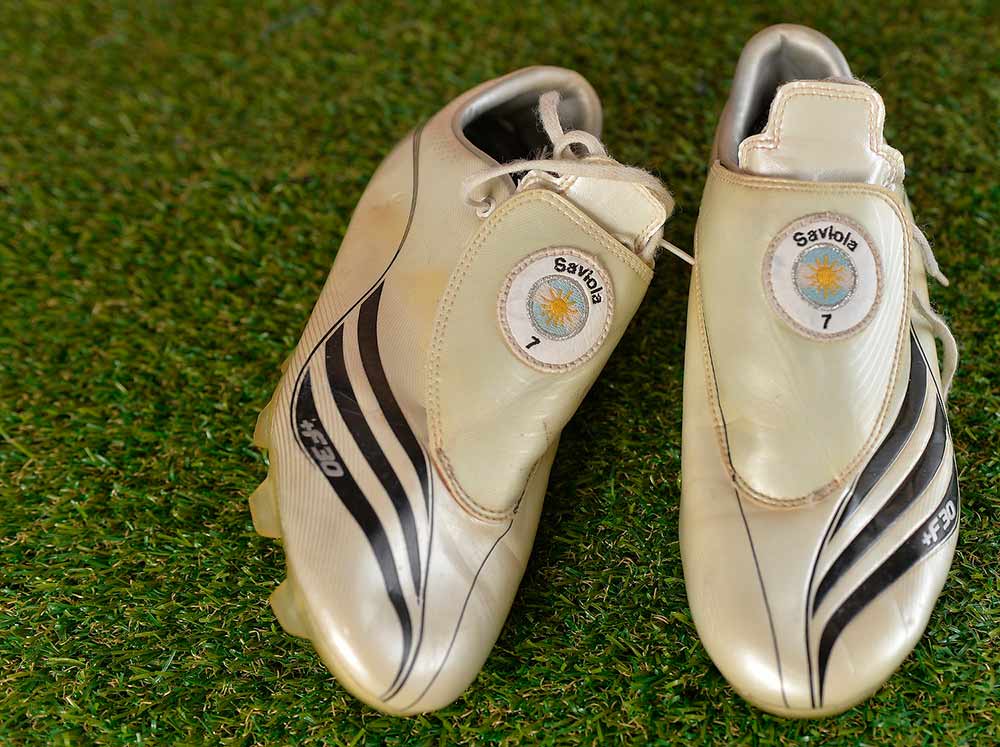 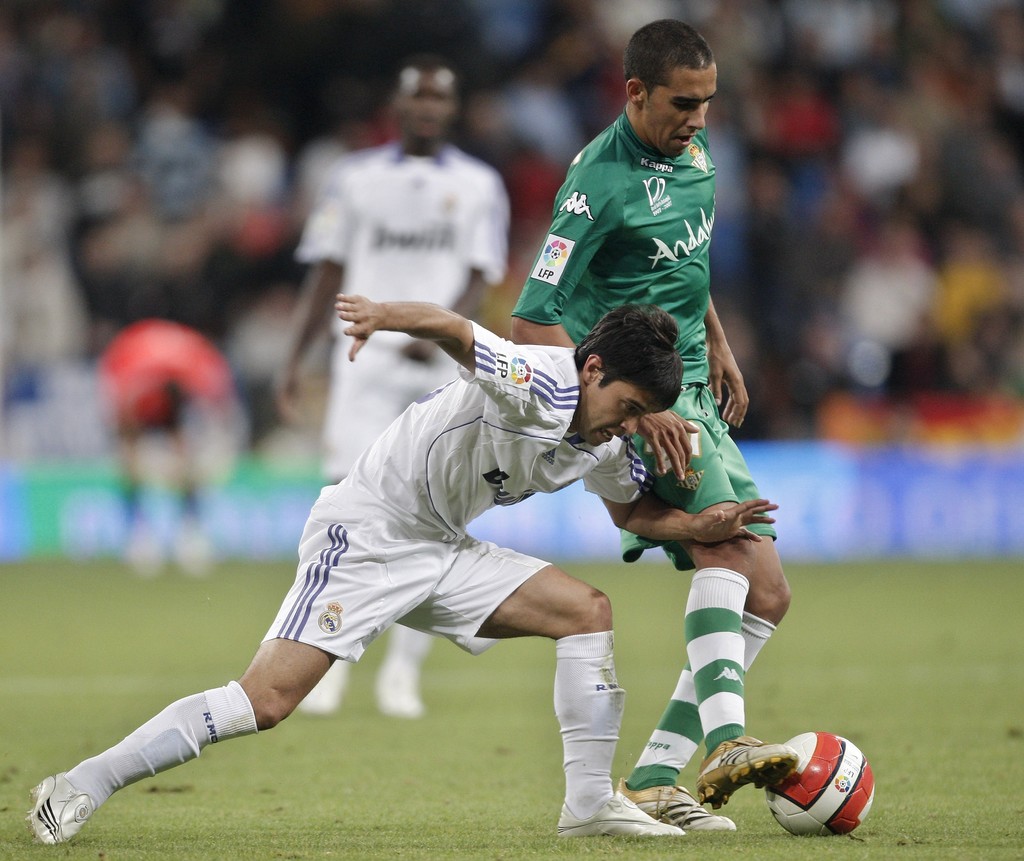 In 2001, aged 19, Saviola moved abroad to play for FC Barcelona in a £15 million transfer. He obtained Spanish citizenship shortly after, thereby not being restricted by the Spanish league maximum on the number of non-European Union citizens allowed in each club. Under coach Carles Rexach, he scored 17 goals in his first season, finishing joint-fourth top scorer in La Liga.  Saviola’s second year at the club did not start well, as he only scored two goals in the first half of the season. When Van Gaal was fired and Radomir Antić became the new Barcelona manager, he went on to net 11 goals in the latter half of the campaign; at the start of the following season Frank Rijkaard was appointed as new manager, and the player scored 14 times in the league alone, but was deemed surplus at the club as longtime offensive partner Patrick Kluivert. Saviola was sent on loan in the summer of 2004, moving to AS Monaco FC in Ligue 1. As he did not fit into Rijkaard’s plans he was again loaned out the following year, this time to Spanish club Sevilla FC, in order to replace Real Madrid-bound Júlio Baptista; with his new club he won his first title in Europe, conquering the UEFA Cup — he also scored nine times in the league, good enough for fifth. Saviola returned to Barcelona for the 2006–07 season, playing in 18 league games, six as a starter, and netting five goals. He benefited greatly from injuries to teammates, most notably to Samuel Eto’o, and added five in as many matches in that season’s Copa del Rey, notably a hat-trick against Deportivo Alavés (3–2 win at home, 5–2 aggregate). On 10 July 2007, Real Madrid signed Saviola after his Barcelona contract expired, on a three-year deal. Although on a financially lucrative contract, he endured a difficult time at Real, being mainly restricted to cup matches and sporadic appearances (mainly as a substitute) in the league and the UEFA Champions League. The arrival of Klaas-Jan Huntelaar limited Saviola’s opportunities even more, and he finished his Real Madrid spell with five goals in 28 overall appearances. 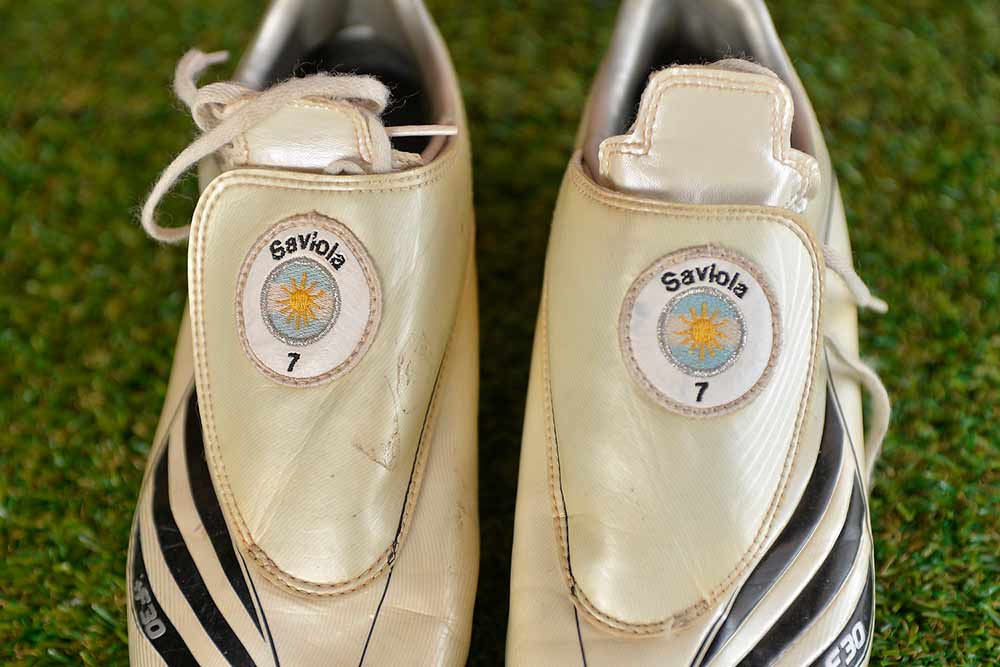 Saviola starred in the 2001 edition of the FIFA U-20 World Cup, held in Argentina. He was top scorer and was voted player of the tournament, as the national team won the competition; with 11 goals in seven games, he became the record goal-scorer in the tournament’s history. Two years later, Saviola played in the 2004 Olympic Games and won the gold medal. Under coach Marcelo Bielsa he was given few playing opportunities for the senior team but, after the former’s resignation in 2004, new manager José Pekerman, who also worked with him at youth level, turned the tide in the player’s favour; he was also a member of the squads that reached final of the 2004 Copa América and the 2005 FIFA Confederations Cup, netting three times in the former tournament and one in the latter. Saviola was called up to represent Argentina at the 2006 World Cup – Luciano Figueroa and Luciano Galletti were also in contention for a place on the roster, but his excellent form for Sevilla secured his place in the squad. He scored against Côte d’Ivoire in the country’s opening game, and made two assists in the 6–0 victory over Serbia and Montenegro also in the group phase. Saviola retired from international football on 5 December 2009, although not yet 28. He stated that he felt his career as an Argentina player had come to an end, and that he wanted to concentrate on club football.

Grosso Grosso2017-10-28T19:13:22+00:00
Page load link
This site uses cookie technology, including third parties' ones. If you want to know more click here. If you access any element of this site outside this banner, you consent to the use of cookies. Ok
Go to Top