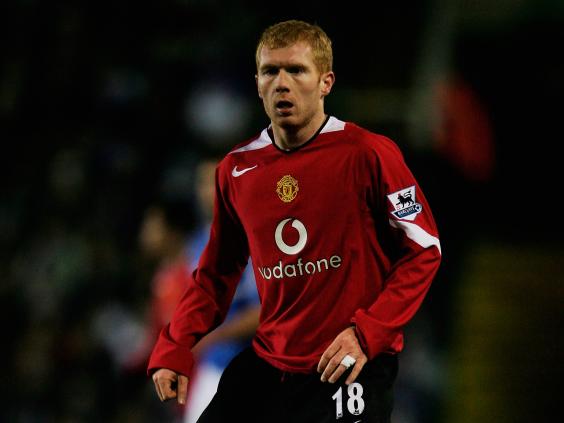 Paul Scholes is an English retired footballer who played his entire professional career for Manchester United. He is currently co-owner of Salford City and a television pundit for BT Sport. He is the most decorated English footballer of all time, and one of the most successful footballers in history, having won a total of 25 trophies, featuring 11 Premier League titles and two Champions League titles. Born in Salford and raised in Langley from infancy, Scholes excelled in both cricket and football while at school. He first trained with Manchester United at the age of 14 after being spotted by a scout visiting his school, signing for them as an apprentice on leaving school in 1991, and turning professional in 1993. He made his full debut for United in the 1994–95 season. Scholes represented the England national team from 1997 to 2004, gaining 66 caps and participating in the 1998 and 2002 World Cups, as well as the UEFA Euro 2000 and Euro 2004 tournaments. Regarded as one of the best midfielders of his generation, over his career, he has received praise from other managers and players, including Xavi, who called him “the best central midfielder I’ve seen in the last 15, 20 years”. Thierry Henry has cited Scholes as the greatest player in Premier League history. However, Scholes has also been criticized for his disciplinary record, amassing the fourth-most yellow cards in Premier League history with 97, and the most yellow cards in Champions League history with 32. Scholes made 718 appearances for United, the third-highest number of appearances by any player for the club. Scholes announced his retirement from playing on 31 May 2011, receiving a testimonial match, and began his coaching career at the club from the 2011–12 season onward. However, he reversed this decision on 8 January 2012, and went on to play one more season before retiring again in May 2013. 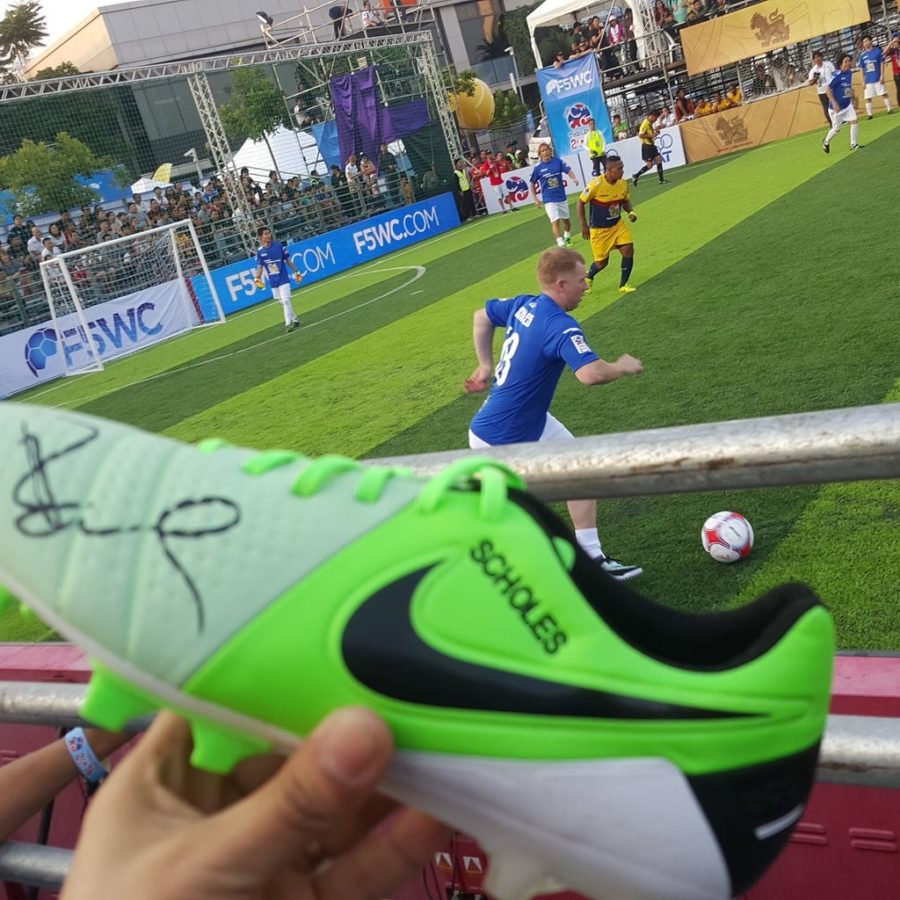 Scholes made his international debut against South Africa in 1997 in a 2–1 friendly win at Old Trafford, and was included in the England squad for the 1998 World Cup. England were grouped with Colombia, Tunisia and Romania. During England’s first World Cup group match against Tunisia, Scholes sealed a 2–0 victory with a goal late in the game. His international career continued after England’s elimination from the World Cup by Argentina on penalties in the first knock-out round. On 27 March 1999, Scholes managed a hat-trick for England in a game against Poland. In addition, Scholes scored both goals in England’s 2–0 win at Hampden Park over Scotland in the Euro 2000 play-off first leg, sealing a 2–1 aggregate win and qualification for the finals tournament. In a qualifier against Sweden that June, Scholes became the first and last England player to be sent off in an international match at the old Wembley Stadium. With the turn of the century, Scholes became a prominent player in England’s midfield, becoming a first-choice selection for the 2002 World Cup. Immediately prior to Euro 2004, however, Scholes was played out of position on the left midfield to accommodate the pairing of Steven Gerrard and Frank Lampard in central midfield, starting on the left for the last five matches of his international career. Scholes announced his retirement from international football in August 2004, citing his family life and his club career with Manchester United as being more important. In July 2006, following Eriksson’s departure, there was talk of Scholes making himself available for international duty again under new manager Steve McClaren, but nothing ever came of it. In May 2010, McClaren’s successor Fabio Capello approached Scholes about a return to international football in the run-up to the 2010 World Cup, but Scholes rejected the offer, saying he would prefer to spend time with his family. On 7 June 2010, Scholes revealed had Capello given him more time and had asked earlier than he would have probably taken the opportunity. On 27 July 2010, Scholes then revealed his disappointment in not taking the opportunity to play at another World Cup, saying he may have made a mistake.

“How does it feel to be the best midfielder in the world? I don’t know. Ask Paul Scholes “ Zidane Zinedine 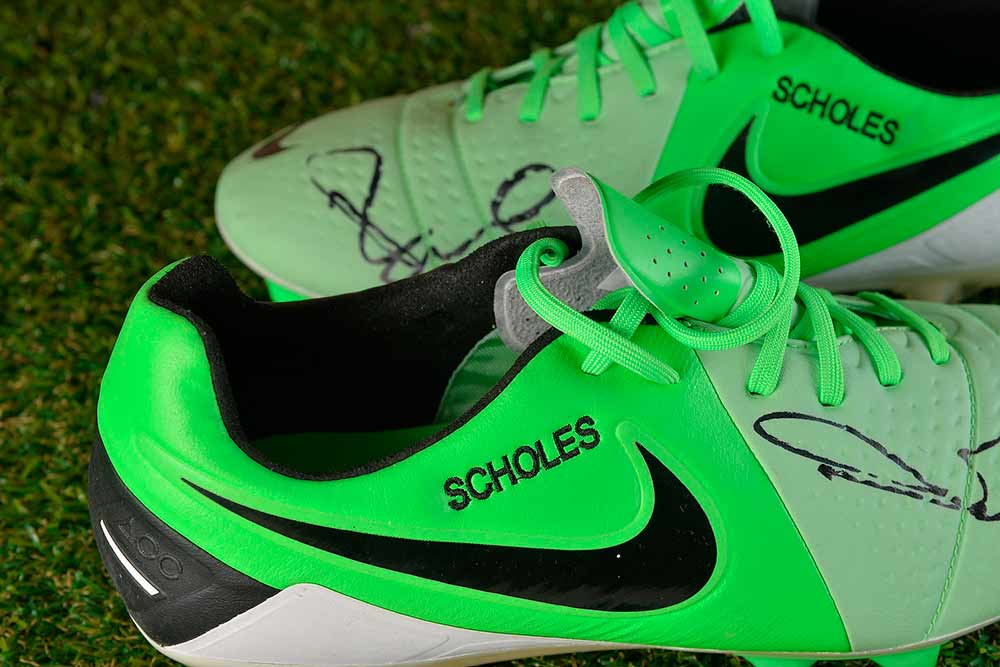 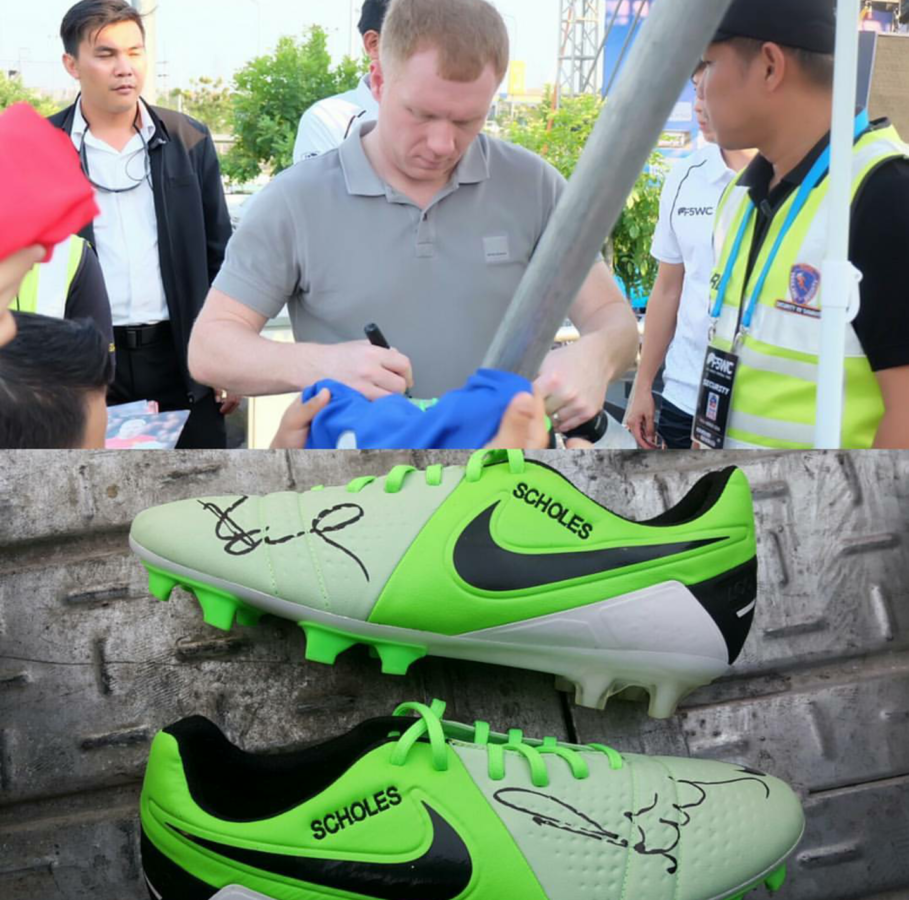 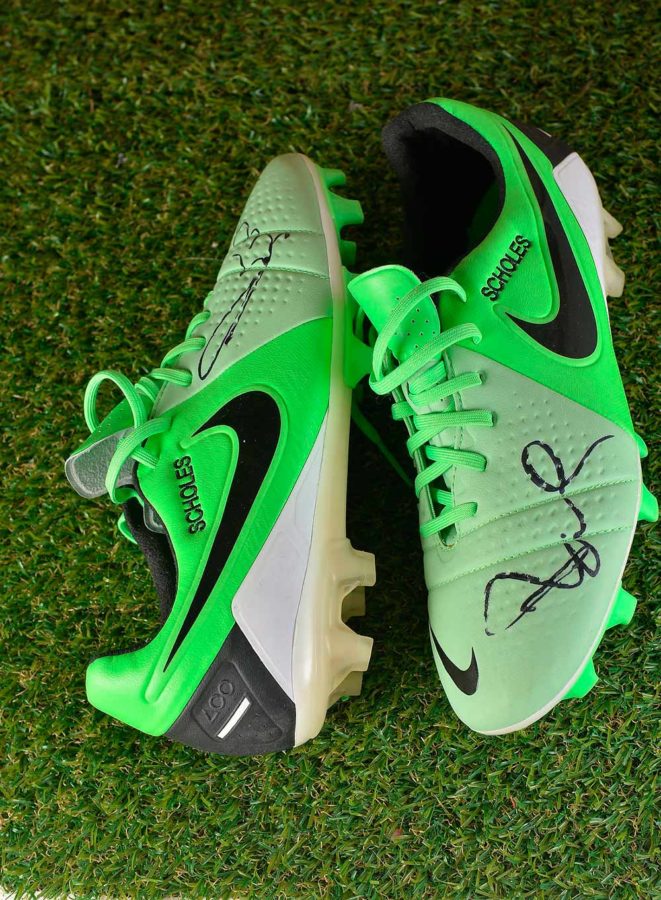 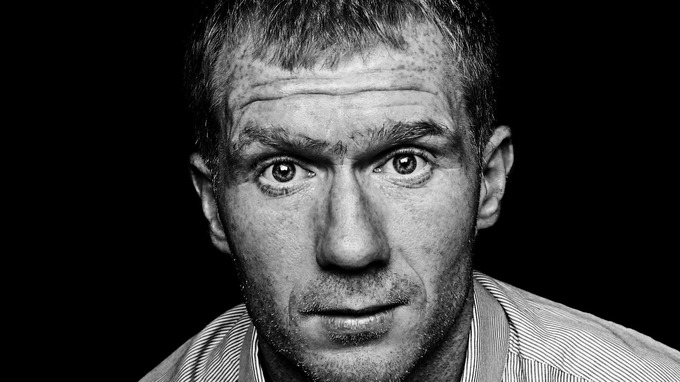 “In the last 15 to 20 years the best central midfielder that I have seen – the most complete – is Scholes. I have spoken with Xabi Alonso about this many times. Scholes is a spectacular player who has everything. He can play the final pass, he can score, he is strong, he never gets knocked off the ball and he doesn’t give possession away. If he had been Spanish then maybe he would have been valued more” Xavi Hernandez

Scholes was highly regarded for his technical skills, renowned for his accurate passing, intelligent movement and powerful shooting from long range. A quick, well-rounded, tenacious, and versatile box-to-box player, he was capable of playing in any midfield position, often alternating between defensive, offensive, and playmaking roles, due to his stamina, vision, and work-rate, as well as his ability to make attacking runs. He had excellent capacity to read the game due to his tactical intelligence. He was also adept at creating attacking plays after winning back possession, courtesy of his range of distribution. Many of his peers, including Zinedine Zidane and Edgar Davids, have spoken about their admiration for his talent. Former Brazil international Sócrates was quoted as saying, “He is good enough to play for Brazil. I love to watch Scholes, to see him pass, the boy with the red hair and the red shirt.” Former France and Arsenal captain Thierry Henry said, “Without any doubt the best player in the Premiership has to be Scholes … He knows how to do everything.” When asked about Scholes, Bobby Charlton stated, “Paul is always so in control and pin-point accurate with his passing – a beautiful player to watch,” while Italian manager Marcello Lippi remarked that Scholes is “an all-round midfielder who possesses quality and character in abundance”. BBC football pundit and former Liverpool defender Alan Hansen has described Scholes as “one of the top three to five players to have ever played in the Premier League”, and commented, “His passing, movement and technique set examples to everyone.” Manchester United teammate Nani commented, “He’s the best midfielder I’ve ever seen. He can pass, score goals with his left, right, his head – he can do anything.” In February 2011, Barcelona midfielder Xavi rated Scholes as the best player in his position in the past two decades, stating, “A role model. For me, and I really mean this, he’s the best central midfielder I’ve seen in the last 15, 20 years. He’s spectacular, he has it all, the last pass, goals, he’s strong, he doesn’t lose the ball, vision. If he’d been Spanish he might have been rated more highly. Players love him.” This sentiment was echoed by former Barcelona manager Pep Guardiola, who considered Scholes to be the best midfielder of his generation. The one aspect of his game frequently criticised was his tackling, which was questioned as inept by multiple pundits, fans and Scholes himself. In addition, the potential for malicious intent in some of his tackles has been raised; it has been suggested that he has escaped greater censure due to the admiration that pundits have for him. Many, including Scholes’ national teammates, have recently said that Scholes was one of the few English players capable of “pulling the strings” in midfield, dictating the flow of game where England often have been criticised for being nervous on the ball and giving away possession.

Grosso Grosso2017-09-08T22:06:07+00:00
Page load link
This site uses cookie technology, including third parties' ones. If you want to know more click here. If you access any element of this site outside this banner, you consent to the use of cookies. Ok
Go to Top