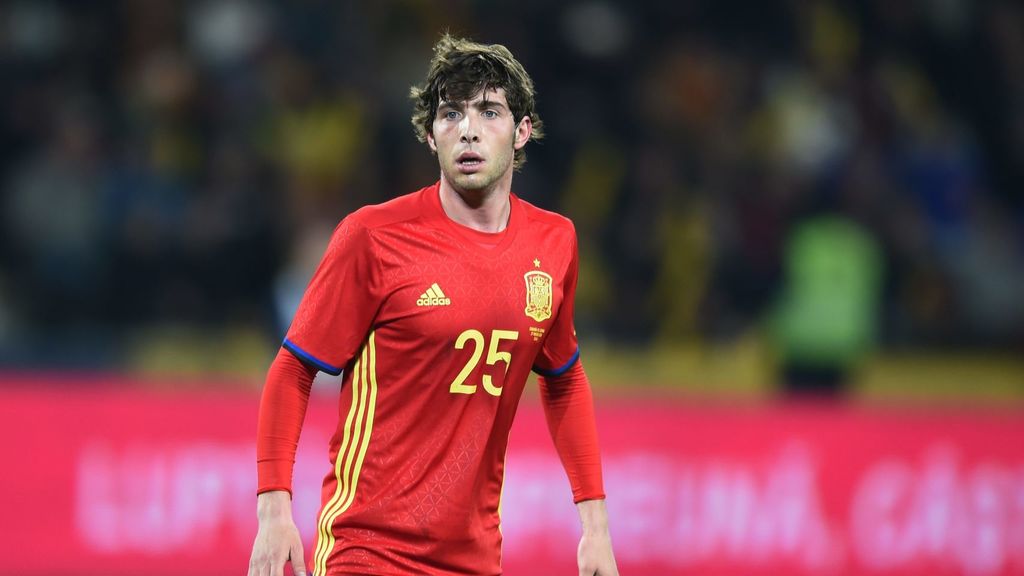 Sergi Roberto Carnicer is a Spanish professional footballer who plays for Barcelona and the Spain national team. Mainly a central midfielder, he can also operate as a full-back, defensive midfielder or winger. Born in Reus, Tarragona, Catalonia, Sergi Roberto began playing football with local UE Barri Santes Creus at the age of 8, arriving in Barcelona’s youth academy six years later from neighbours Gimnàstic de Tarragona. In the 2009–10 season, at only 17, he first appeared with Barça’s reserves, contributing with 29 appearances as the team returned to the second division after 11 years. On 10 November 2010, Roberto made his debut for the first team, playing the second half of a 5–1 home win against Ceuta for the campaign’s Copa del Rey (7–1 on aggregate). 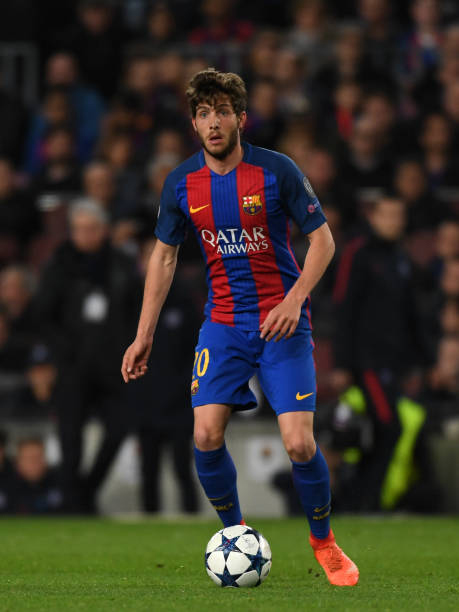 These boots were worn by Sergi Roberto during the Champions League’s game between Barcelona and Paris Saint Germain which took place in Barcelona, “Camp Nou” Stadium, on March 8th 2017. This game wrote an important page of the Champions League’s history and it is known as “La Remontada” (The Comeback). The first leg was played on February 14th at the Parc des Princes in Paris; both teams were in good shape with Paris Saint-Germain coming from a 3–0 away win at Bordeaux in Ligue 1 and Barcelona thrashing Deportivo Alavés in a 6–0 away win in La Liga. Ángel Di María put the Parisians in front on 18 minutes with a free kick after Barcelona’s Samuel Umtiti committed a foul. Julian Draxler made it 2–0 with a low shot in the 40th minute, assisted by Marco Verratti. After 55 minutes, Di María scored once again from a shot outside the box. Edinson Cavani scored the final goal of the game in the 72nd minute, securing the 4–0 win. Barcelona achieved only one shot on target during the whole match. In the second leg, on 8 March 2017 at the “Camp Nou” in Barcelona, FC Barcelona reversed a four-goal deficit, defeating Paris Saint-Germain 6-1 and making it the largest comeback in UEFA Champions League history. The game had an impressive attendance of 96,290 despite the home side’s heavy defeat in the first game. Barcelona’s Luis Suárez scored the first goal of the game in the 3rd minute after heading the ball over the line before it was cleared by Thomas Meunier. In the 40th minute, Paris Saint-Germain’s Layvin Kurzawa scored an own goal in an attempt to block a shot by Andrés Iniesta. The third goal came in the 50th minute via a penalty scored by Lionel Messi after Neymar was fouled by Thomas Meunier. Barcelona’s hopes were seemingly brought down after Edinson Cavani scored Paris Saint-Germain’s only goal in the 62nd minute, leaving them requiring three more to win due to the away goals rule now favouring PSG. Neymar scored two goals in the closing stages – a free kick in the 88th minute and a penalty kick in the 91st – to make it 5–1. In the final seconds of the match, Neymar appeared once again to deliver a cross into the penalty area, and Sergi Roberto scored their sixth and final goal in the 95th minute thus winning the game 6-1 and advancing to the quarter finals 6-5 on aggregate; with the outcome described as “astonishing”, “incredible”, and “a miracle” by the media. Sergi Roberto after the game signed and dedicated his boots to a F.C.Barcelona’s official, who we got them from. He dedicated the boots writing “Los botes del 6-1” making them an authentic piece of football history. 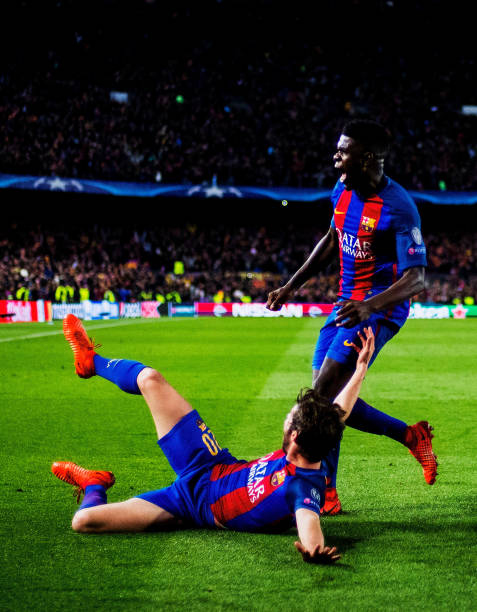 Watch the “Remontada” highlights above 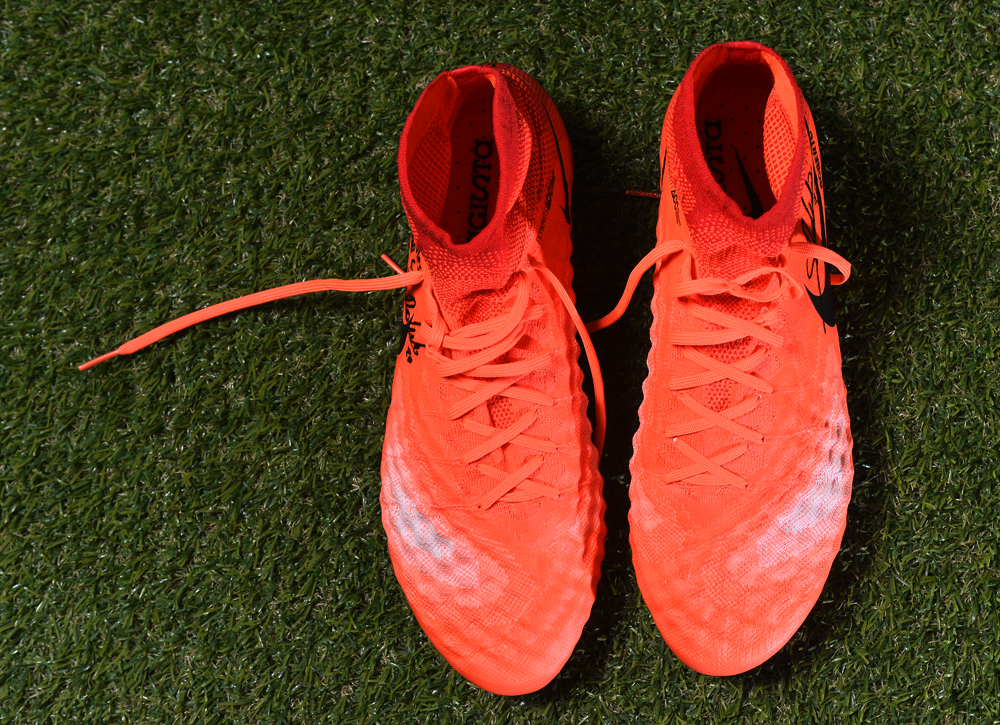 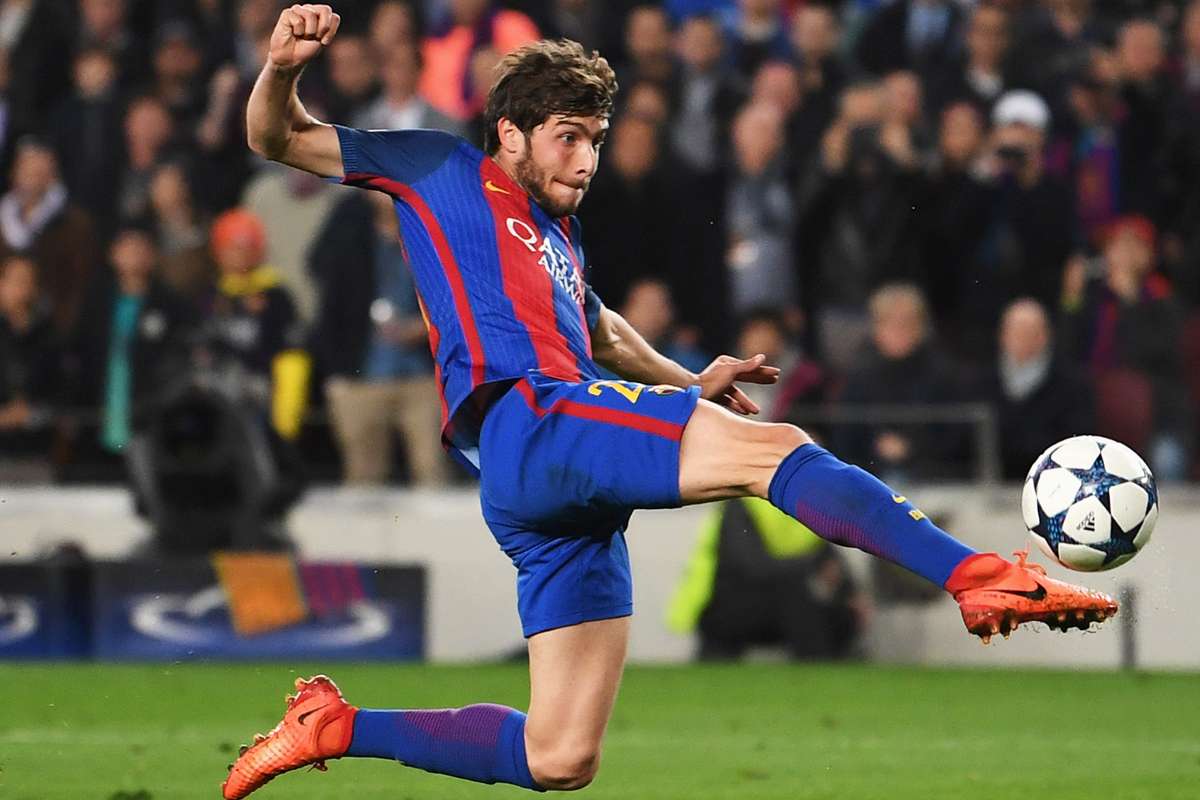 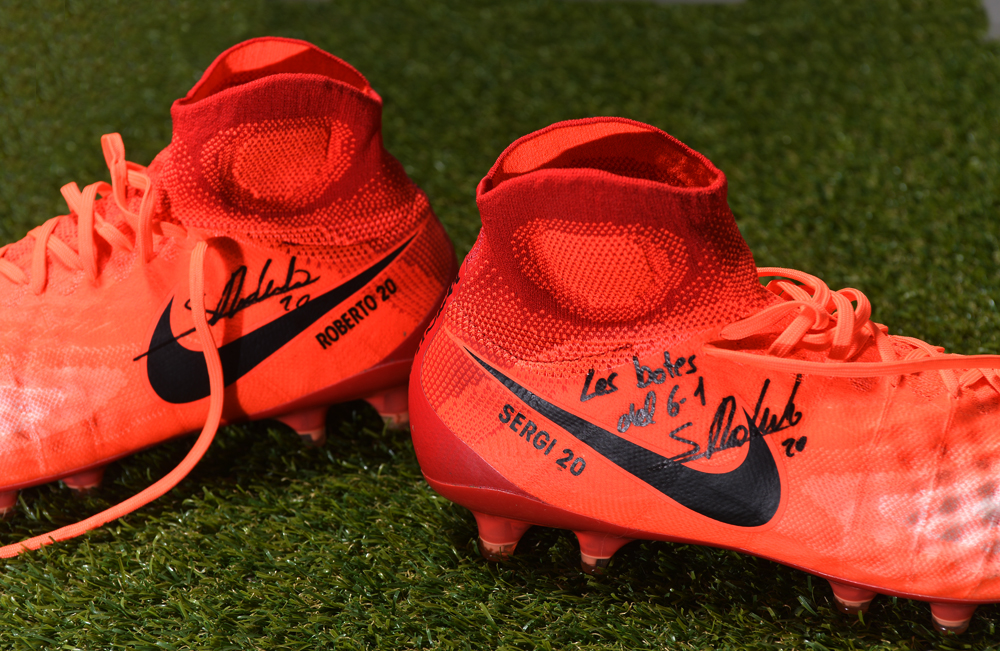 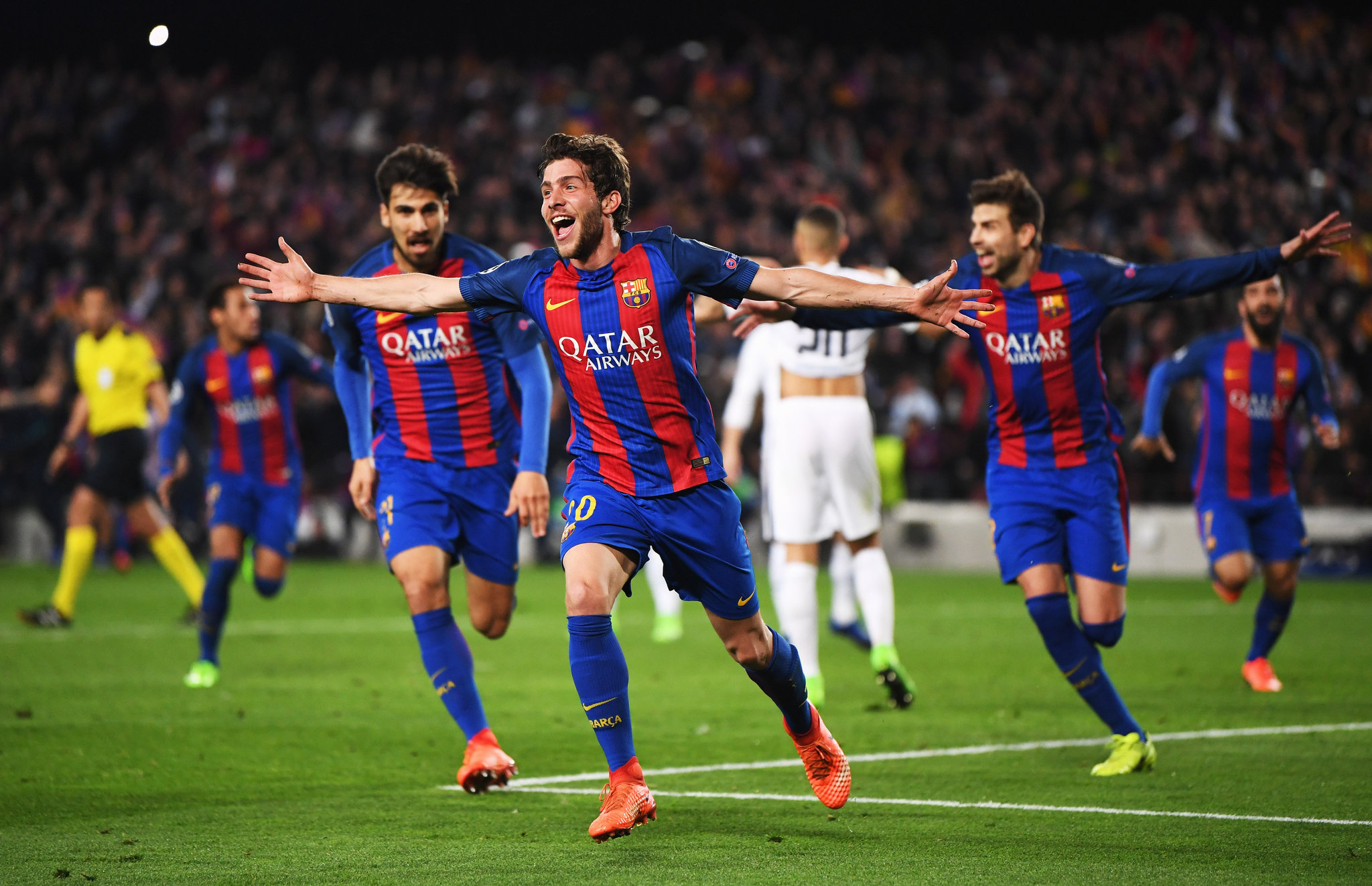 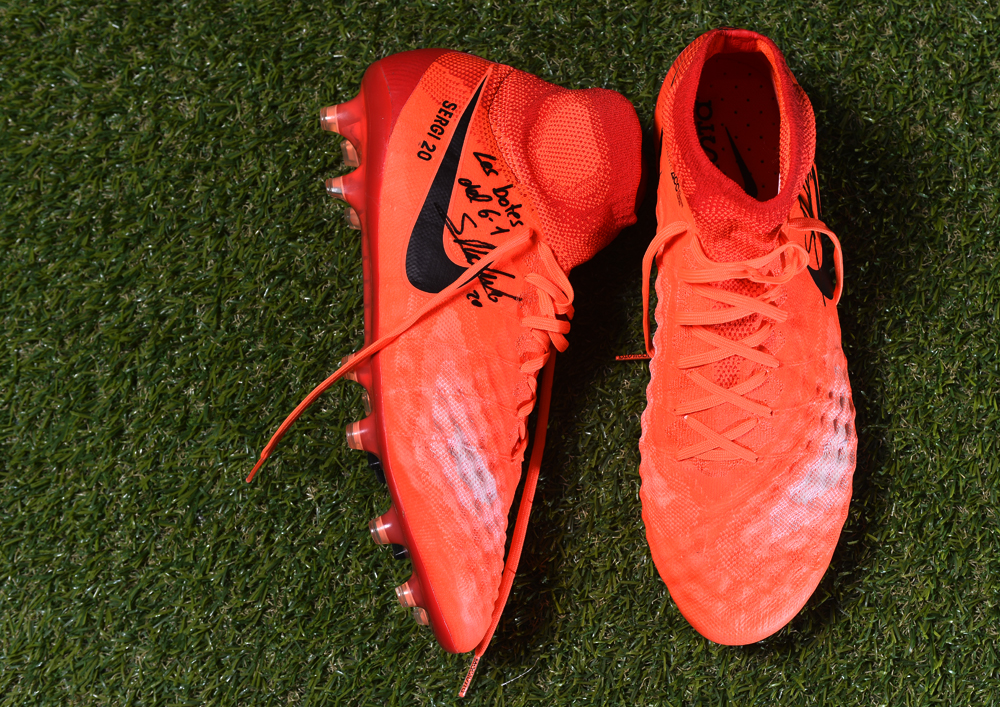 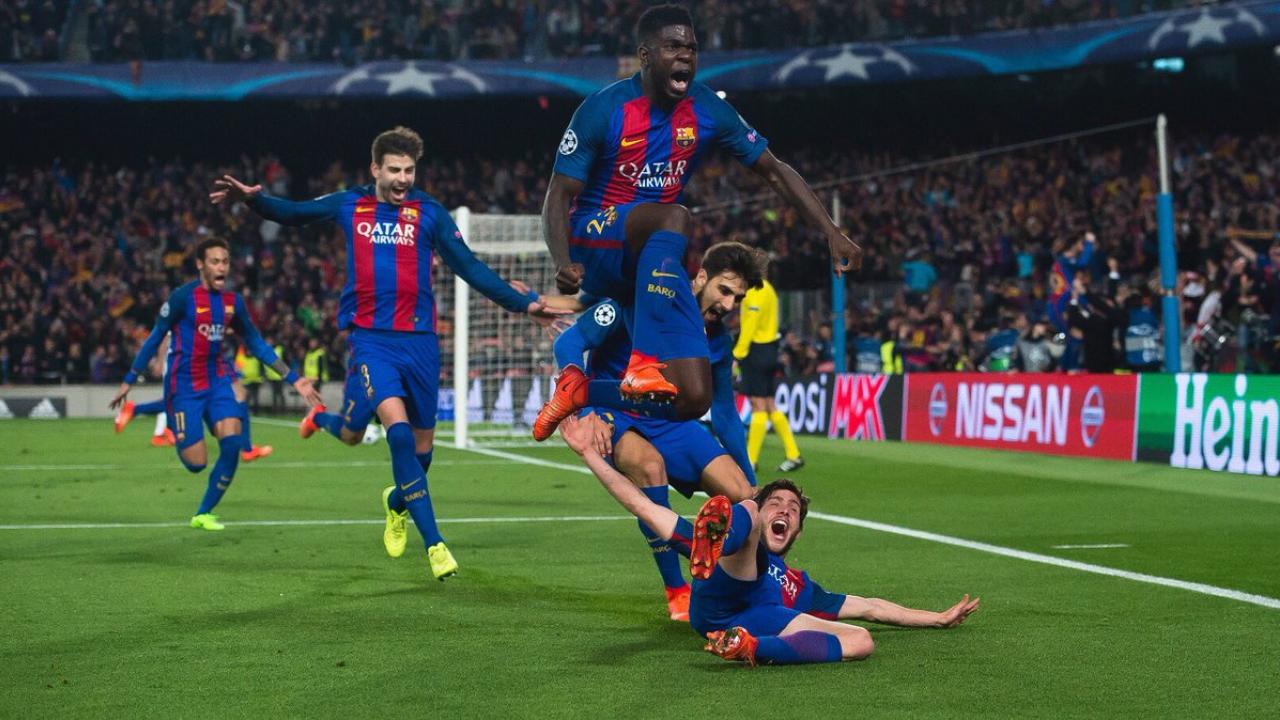 Grosso Grosso2020-06-02T09:33:26+00:00
Page load link
This site uses cookie technology, including third parties' ones. If you want to know more click here. If you access any element of this site outside this banner, you consent to the use of cookies. Ok
Go to Top