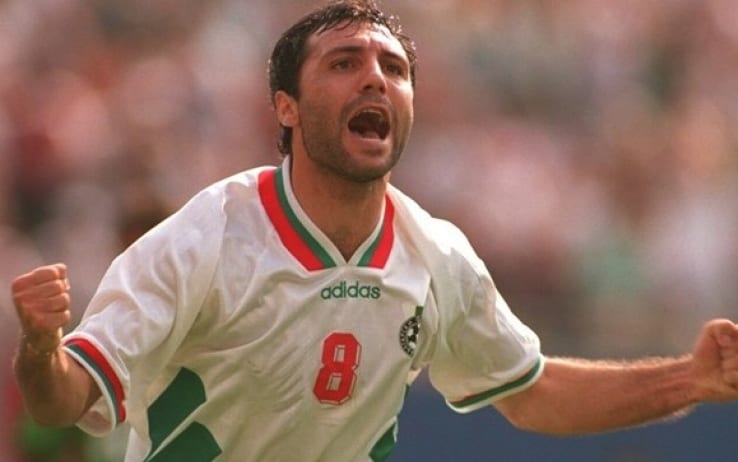 Hristo Stoichkov is a Bulgarian former footballer. A prolific forward, he is regarded as one of the best players of his generation and is widely considered the greatest Bulgarian footballer of all time. He was runner-up for the FIFA World Player of the Year award in 1992 and 1994, and received the Ballon d’Or in 1994. In 2004, Stoichkov was named by Pelé in the FIFA 100 list of the world’s greatest living players. At club level, Stoichkov spent six years at CSKA Sofia and became the top goalscorer in Europe in 1990, receiving the European Golden Shoe. In 1990, he joined Barcelona where he earned the Spanish nickname “El Pistolero” (“The Gunslinger”), and was part of Johan Cruyff’s “Dream Team” that won four consecutive La Liga titles and one UEFA Champions League. During his time at the club, he formed a lethal strike partnership with Romário. Cruyff was largely instrumental in bringing him to Barcelona where he quickly developed into one of the most prolific forwards in the world. Stoichkov was a member of the Bulgaria national team that finished fourth at the 1994 FIFA World Cup, of which he was the top scorer with six goals and received the World Cup Golden Shoe. He was ranked the third best player at the World Cup, after Romário and Roberto Baggio, and received the World Cup Bronze Ball. Apart from his footballing talent, he was notable for his on-pitch temper. In his playing career he was also nicknamed “The Dagger”. 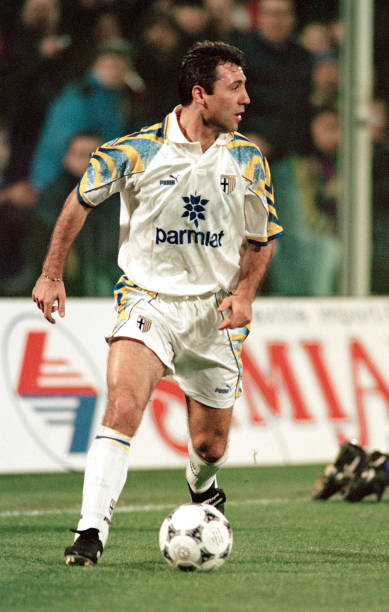 Stoichkov played for Parma in the season 1995-1996. He played 23 games for the Italian team scoring 5 goals. After a short return to FC Barcelona, he later played for Saudi Arabian club Al-Nassr, and subsequently in Japan with Kashiwa Reysol, before finishing his career in the United States with the Chicago Fire and D.C. United. Stoichkov was a quick, creative, tenacious and prolific left-footed forward who was primarily deployed as a striker, but was also capable of playing in a creative role, as an attacking midfielder, due to his ability to provide assists for teammates. He was also deployed as a supporting striker throughout his career, forming a lethal strike partnership with Romário at Barcelona, and occasionally he played as a right winger during his time at the club, although he was also capable of playing on the left or through the middle. In his early years he also used to play as a left full-back. A powerful, physically strong and technically gifted player, Stoichkov was known for his explosive acceleration, and his dribbling ability at speed, as well as for his tendency to take unpredictable, powerful shots on goal. The top goalscorer at the 1994 World Cup, he was also notable at taking free-kicks and penalties, as well as being a very good crosser and passer of the ball. Despite his talent, Stoichkov was criticised for his work-rate at times, and he also gained infamy because of his aggressive temper on the pitch; he could often be seen arguing with the referee, or with his opponents. In 2006, he was sued by a former American University college student whose leg he broke with a violent tackle while playing in a friendly match for D.C. United in 2003. The case was settled out of court in 2007 for undisclosed financial terms. The student’s coach called Stoichkov’s challenge “criminal”. Ray Hudson, who coached D.C. United for whom Stoichkov played at the time, called it a “rash tackle”. Following an investigation by Major League Soccer (MLS), Stoichkov was suspended two games and fined US$2,000. 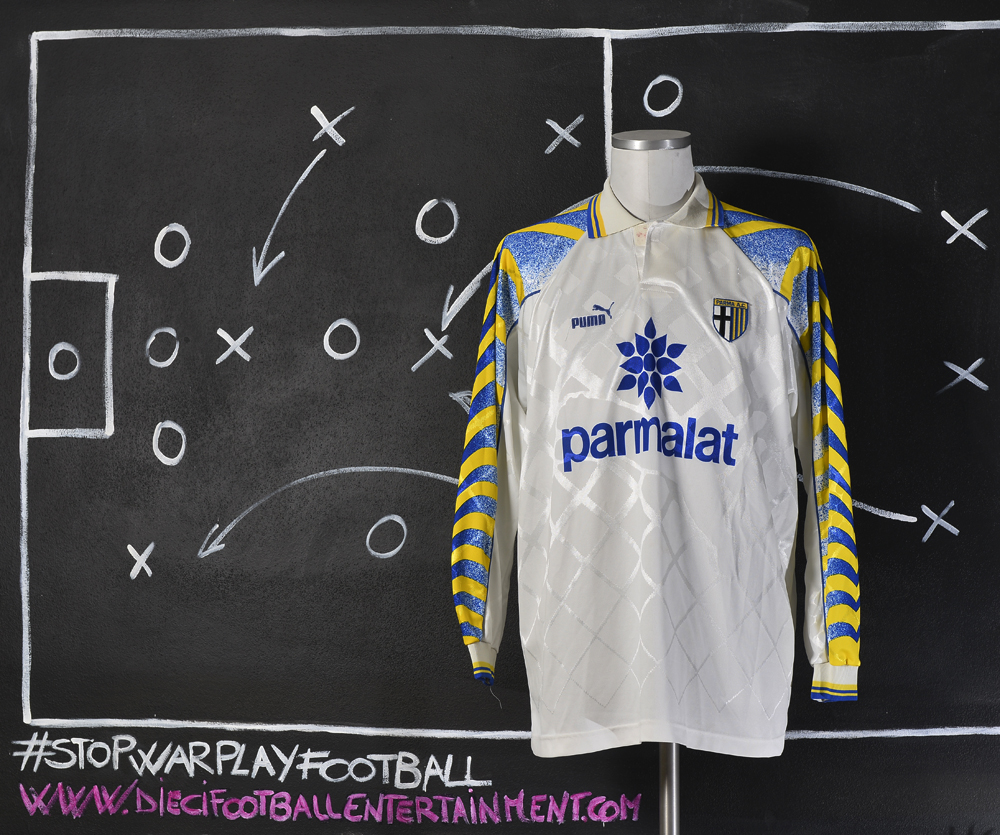 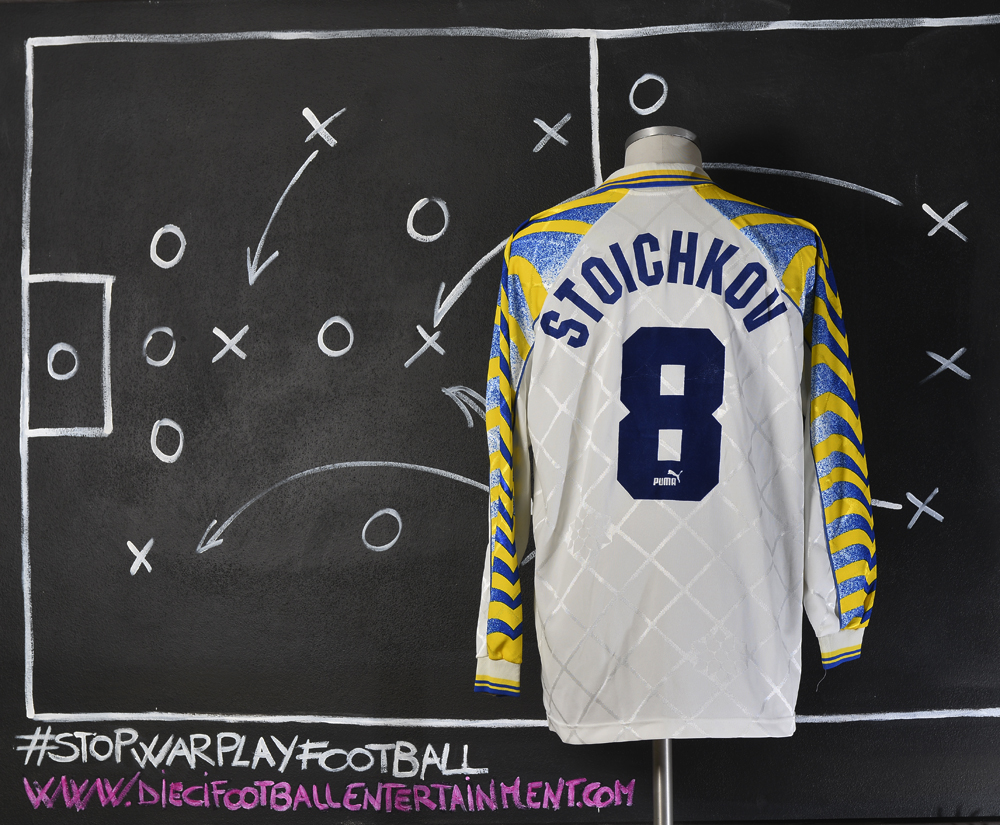 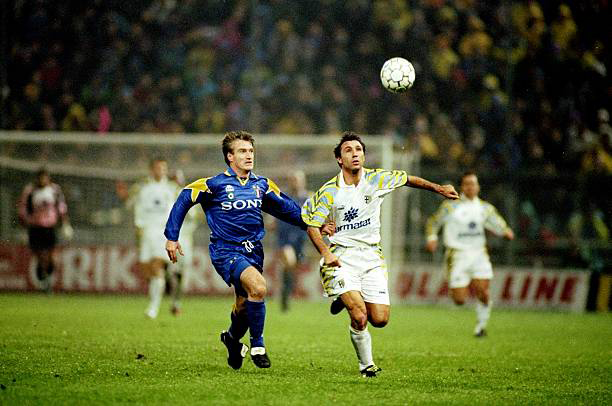 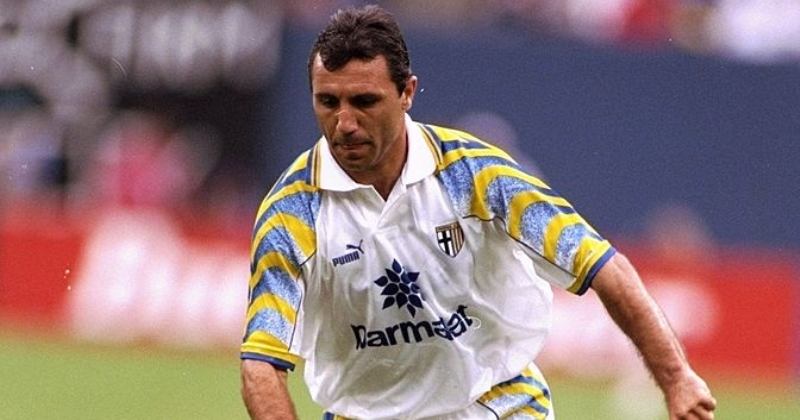 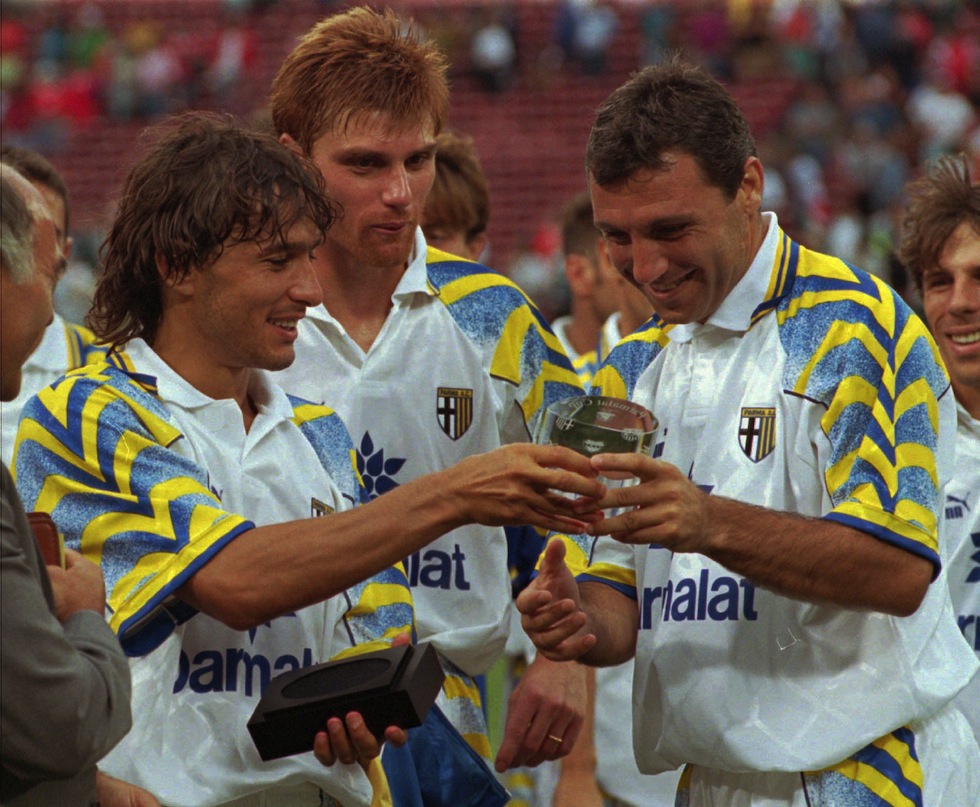 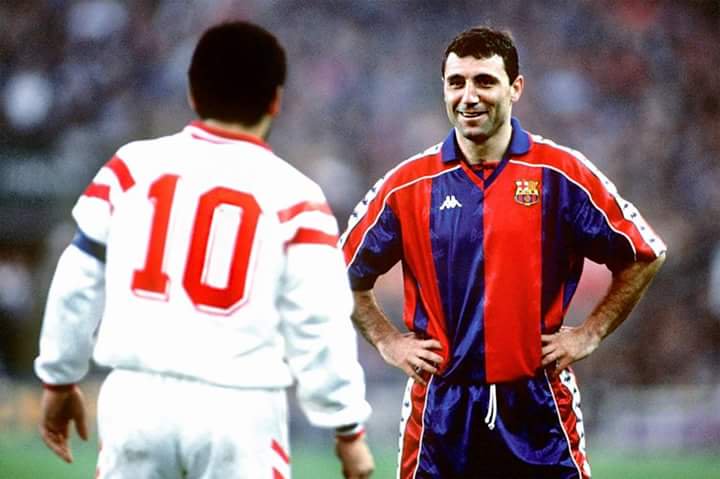 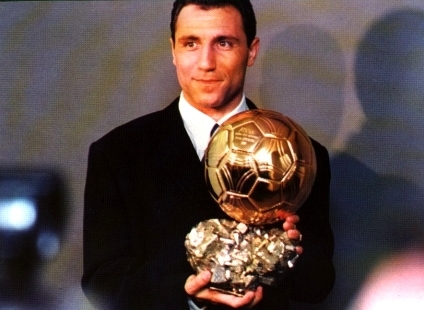 Stoichkov debuted for the Bulgaria national team in a UEFA Euro 1988 qualifying match against Belgium on 23 September 1987. He scored his first international goal in his fourth appearance, a 3–2 friendly defeat of Qatar in Doha. During qualification for the 1994 FIFA World Cup, Stoichkov scored five goals to help Bulgaria qualify for its first major tournament since the 1986 World Cup. At the tournament finals, Stoichkov was awarded the World Cup Golden Boot as the joint top goal scorer of the tournament (with Oleg Salenko), with six goals, as well as earning the Bronze Ball award. He led Bulgaria past Germany in the quarter-finals 2–1, a shock result as Germany were the then-defending champions. In the semi-finals, Bulgaria lost 2–1 to Italy. They subsequently lost the third place play-off to Sweden, 4–0. Bulgaria finished second in the qualifying group for Euro 1996 behind Germany. Stoichkov scored ten goals for his team during the qualifiers, as Bulgaria qualified as one of the best six runners-up. In the first match against Germany in Sofia, Bulgaria were 2–0 down at half-time. Stoichkov equalized with two goals from penalties and Emil Kostadinov also scored for a 3–2 win. Bulgaria lost the second match in Germany 3–1. During the finals, Bulgaria lost 3–1 in the decisive group match against a strong France side; in the other match, Spain won 2–1 against Romania and so the Bulgarians went out. In that tournament, Stoichkov scored three goals in three matches. He was also part of the squad that was eliminated in the first round of the 1998 World Cup. Bulgaria was not nearly as strong as in previous years, earning only one point in a 0–0 draw against Paraguay and scoring only one goal through Kostadinov in a 6–1 defeat by Spain. Stoichkov retired from internationals in 1999 with 37 goals in 83 appearances. His last game was during the EURO 2000 Qualification against England which ended 1-1 and Stoichkov assisted Georgi Markov for the equalizer goal from freekick goal. In the same game he was substituted with Martin Petrov for whom it was debut with Bulgarian shirt. Bulgaria failed to Qualify for the EURO 2000 in Belgium and the Netherlands after the game, as they needed a win to have chanches to Qualify. He later served as coach of the Bulgaria national team from 2004 to April 2007.

Grosso Grosso2019-06-11T17:51:39+00:00
Page load link
This site uses cookie technology, including third parties' ones. If you want to know more click here. If you access any element of this site outside this banner, you consent to the use of cookies. Ok
Go to Top