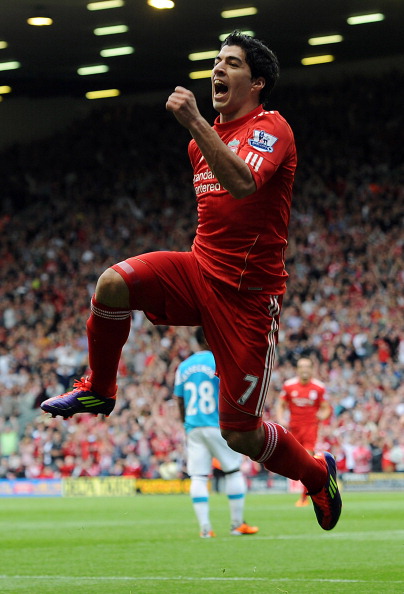 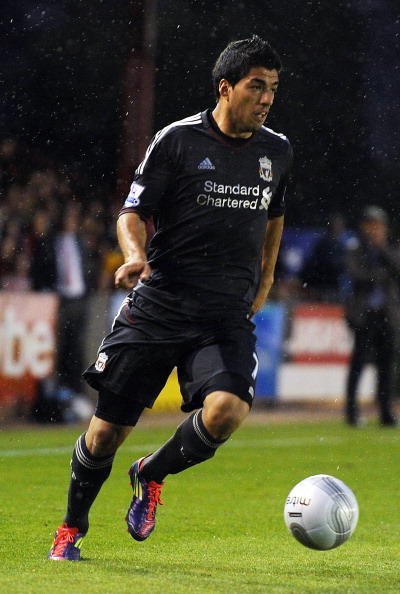 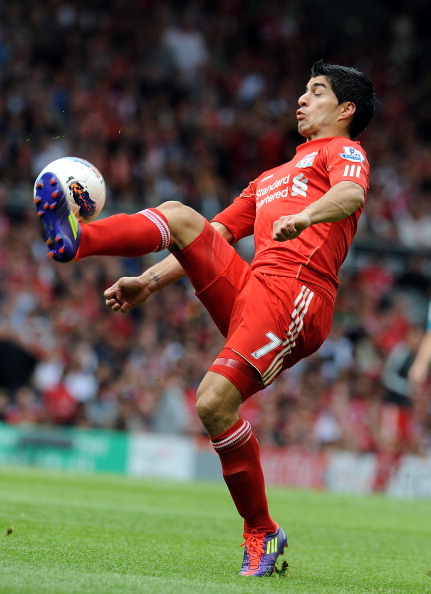 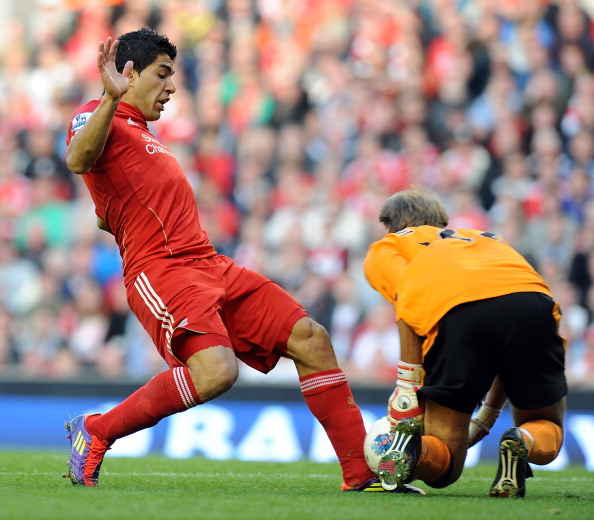 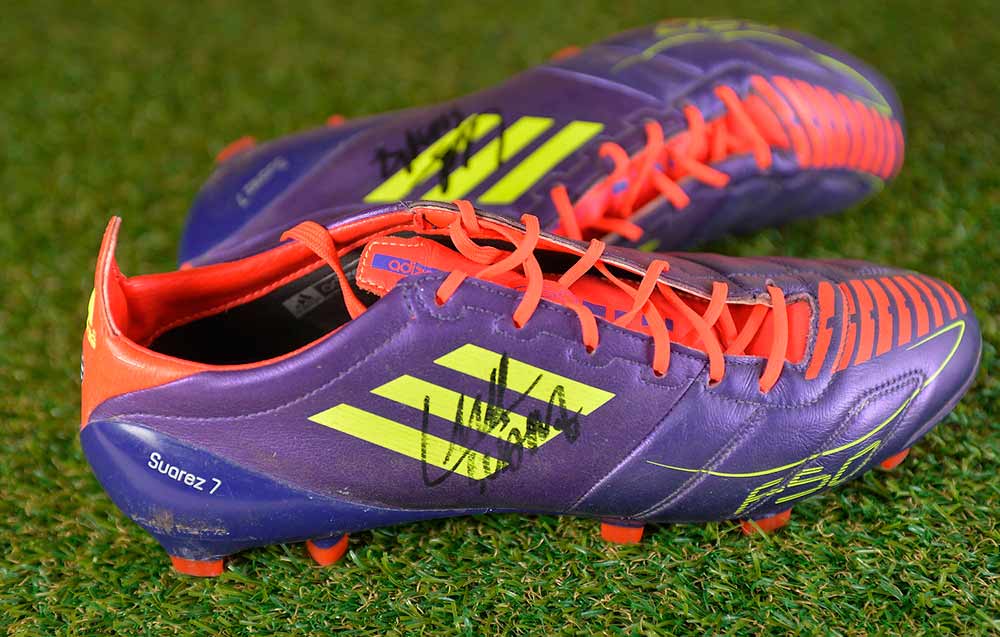 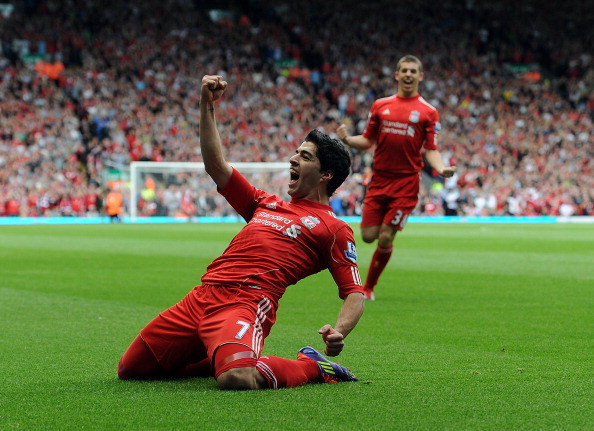 On 31 January 2011, Suárez signed a five-and-a-half-year deal with Liverpool until 2016, and was the club’s most expensive signing (£22.8 million) until the arrival of Andy Carroll (£35 million) a few hours later. Suárez requested the number seven shirt, which had been worn by Liverpool legends Kenny Dalglish, his new manager, Kevin Keegan, and Peter Beardsley Suárez made his Liverpool debut on 2 February against Stoke City at Anfield in a 2–0 win; he came on as a substitute and scored Liverpool’s second goal in front of the Kop in the 79th minute. He was one of Liverpool’s best players during his partial season and helped Liverpool go from 12th in the league in mid-January to finish sixth. He finished the 2010–11 season with four goals in 13 games. After winning the Player of the Tournament at the 2011 Copa América, Suárez had a disappointing 2011–12 season by his standards. Liverpool finished in eighth place and Suárez scored 11 league goals. On 26 February, Liverpool won the League Cup, defeating Cardiff City in penalty shootout. On 28 April, Suárez scored his first Liverpool hat-trick in a 3–0 win against Norwich City at Carrow Road. He finished sixth for the 2011 FIFA Ballon d’Or. The season was marked by an incident in which Suárez was found guilty by a three-man panel from The Football Association (FA) of racially abusing Patrice Evra during a match against Manchester United in October; he was issued an eight-match suspension and a £40,000 fine. Suárez disputed this decision. After a 1–1 draw against Manchester United on 15 October 2011, Suárez was accused of racially abusing Evra, and the FA opened up an investigation into the incident. Suárez wrote on his Twitter and Facebook pages that he was upset by the accusation and denied the claims. On 16 November, the FA announced it would charge Suárez with “abusive and/or insulting words and/or behaviour contrary to FA rules”, including “a reference to the ethnic origin and/or colour and/or race of Patrice Evra”. Liverpool later released a statement announcing Suárez would plead innocent, adding they would “remain fully supportive” of him. On 20 December, the FA concluded a seven-day hearing, handing Suárez an eight-match ban and a £40,000 fine for racially abusing Evra. In their next meeting in February, during the pregame handshakes, Suárez avoided shaking Evra’s hand, for which Suárez and Dalglish were later forced to apologise. Suárez was also banned for one match for making an obscene gesture towards Fulham fans. 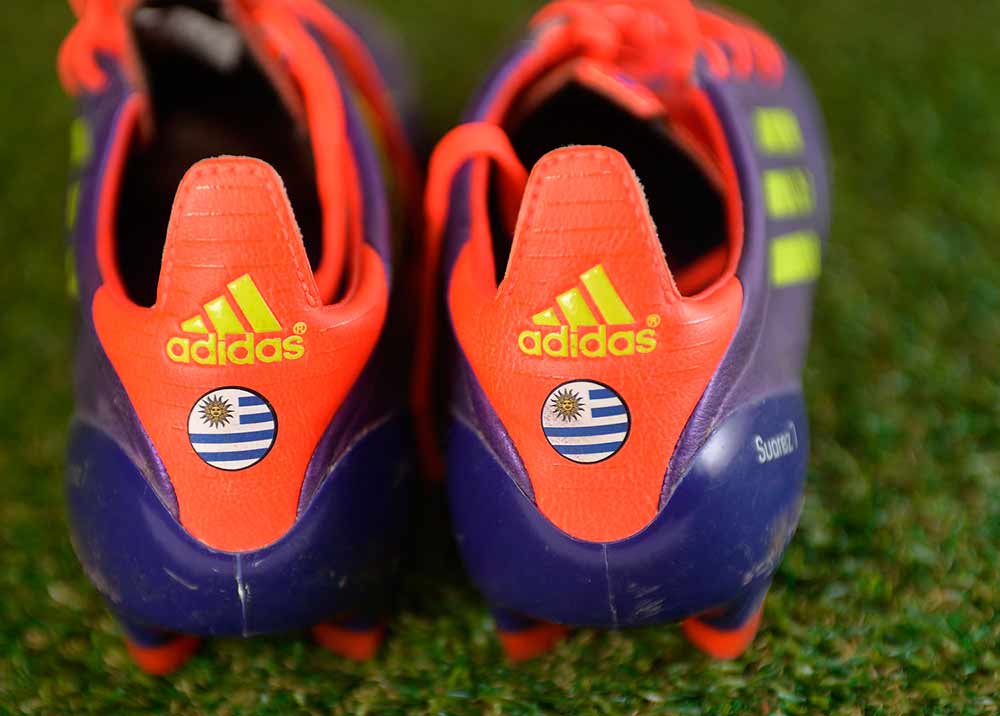 Grosso Grosso2021-09-06T05:12:14+00:00
Page load link
This site uses cookie technology, including third parties' ones. If you want to know more click here. If you access any element of this site outside this banner, you consent to the use of cookies. Ok
Go to Top