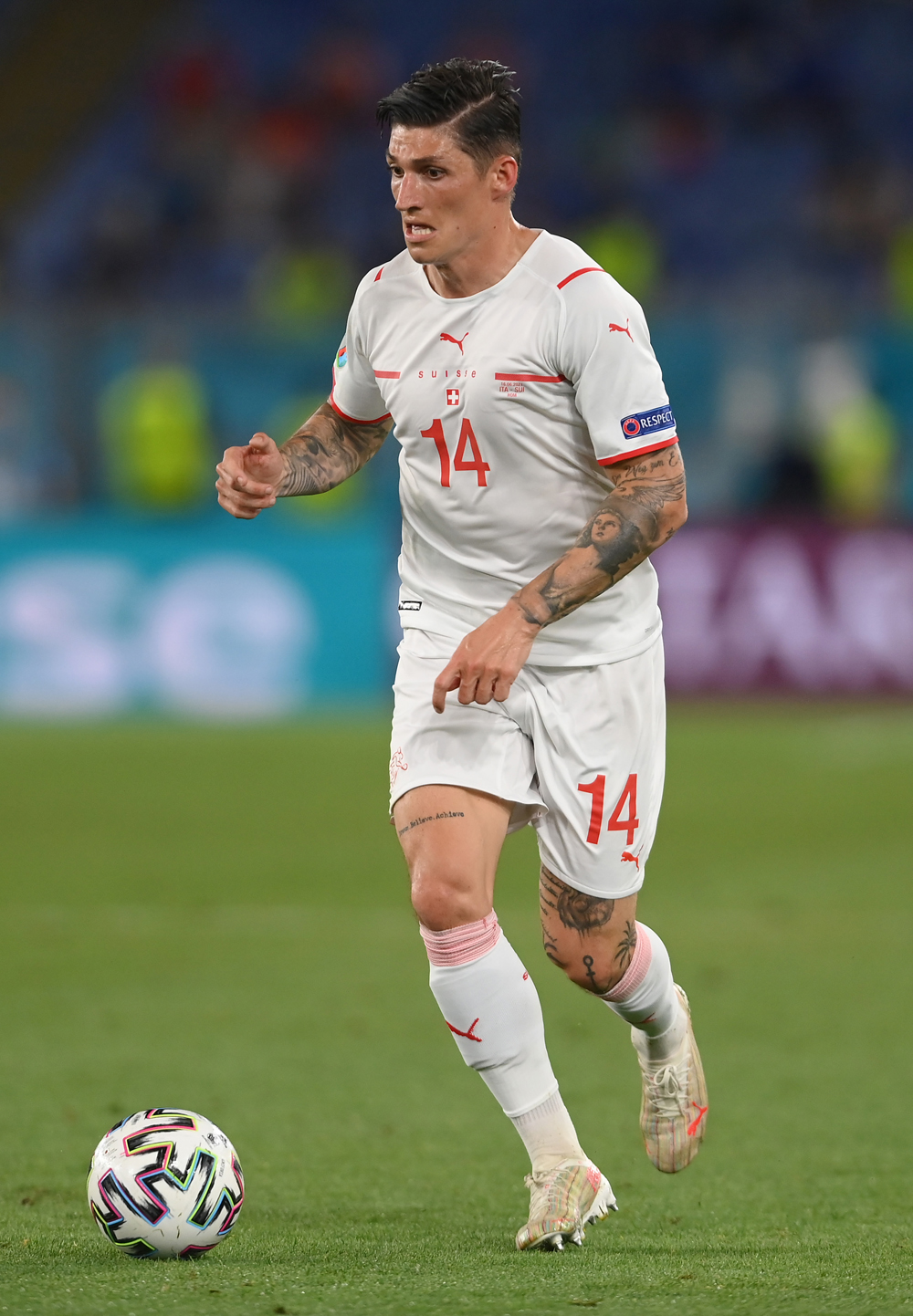 This shirt was worn by Steven Zuber during the Euro 2020 game between Italy and Switzerland which took place in Rome, “Stadio Olimpico”, on June 16th 2021. Italy defeated Switzerland 3-0 and at the end of the game Zuber swapped his shirt with an Italy’s player whom we got it from. Again, Italy impressed. After opening this European Championship with one commanding 3-0 win, Roberto Mancini now has a pair of them to point to when asked about the Azzurri’s credentials. This victory over Switzerland – won by two fine Manuel Locatelli goals and a late Ciro Immobile strike – was every bit as impressive as that demolition of Turkey and stretched their unbeaten run under Mancini’s stewardship to 29 games. A member of the 2007–08 Switzerland U-17 squad, Steven Zuber was named as a reserve for the UEFA U-17 Championship held in May 2008. Zuber was a member of the Switzerland national team that participated in the 2012 Summer Olympics in London. On 17 March 2017, he was called into camp for the Switzerland team. He was included in the national team’s 23-man squad for the 2018 FIFA World Cup in Russia. He started the first 2 group games against Brazil and Serbia, scoring the tying goal in a 1–1 draw with Brazil in their first group match. He started their round of 16 match against Sweden as they lost 1-0 and fell out of the tournament. In May 2019, he played in 2019 UEFA Nations League Finals, where his team finished 4th. Zuber was included in Switzerland’s UEFA Euro 2020 squad. He played an important role in Switzerland’s victory over France in the round of 16, providing an assist and winning a penalty. He also finished the euros 2020 tournament as the assist leader with 4. 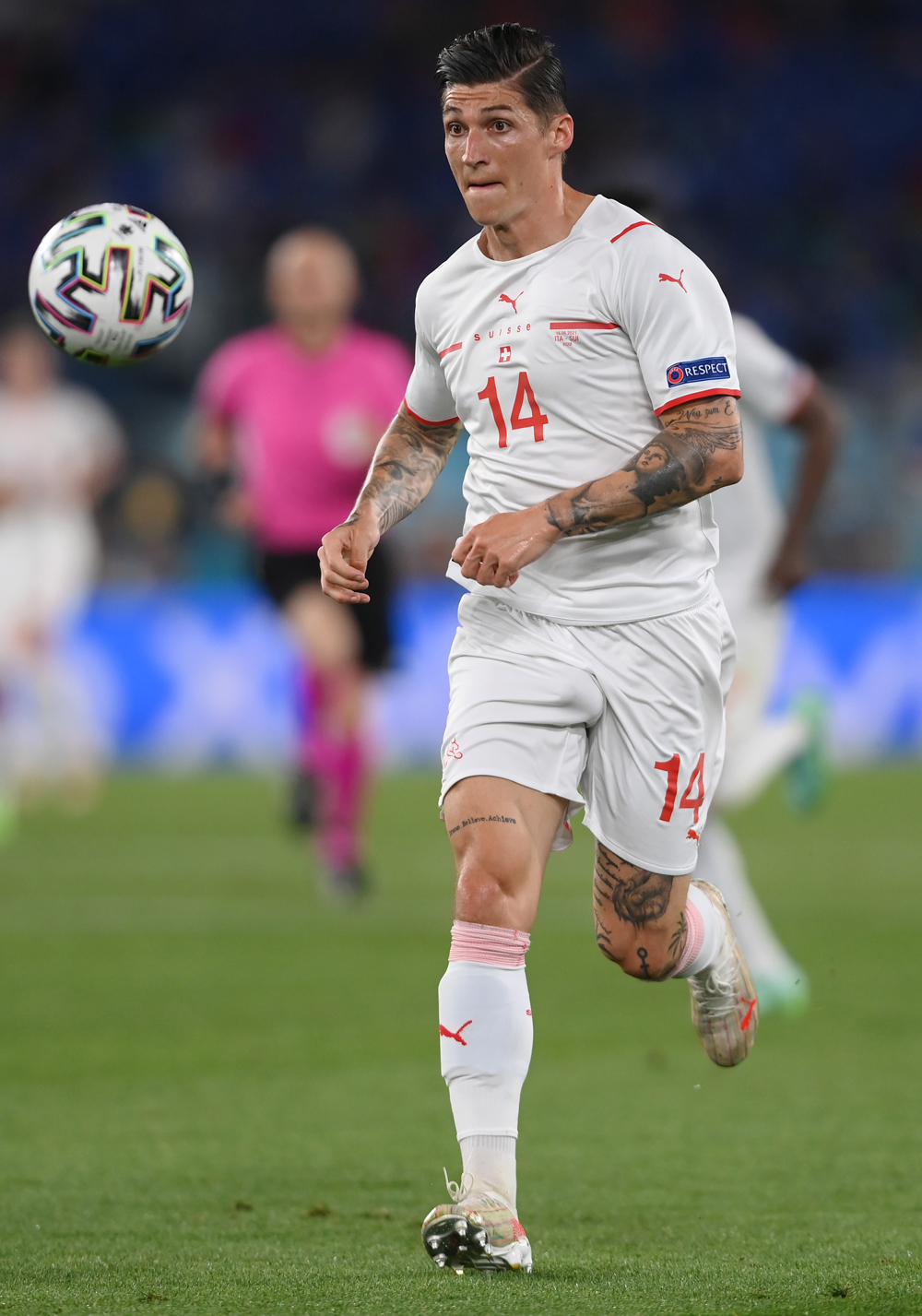 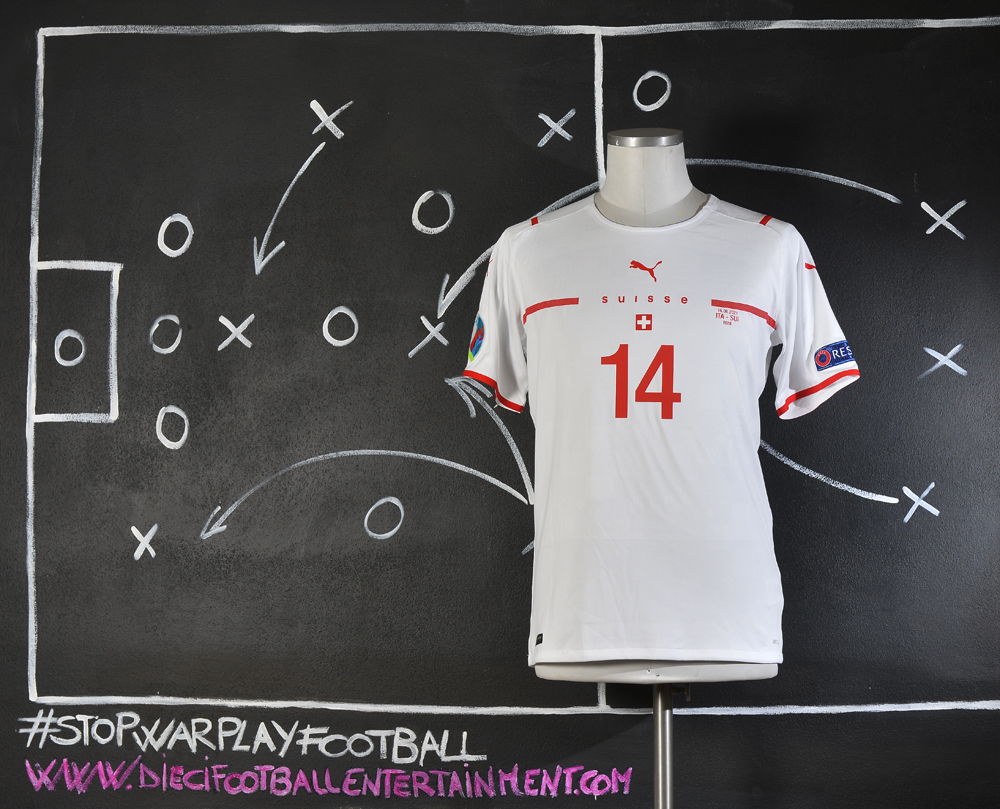 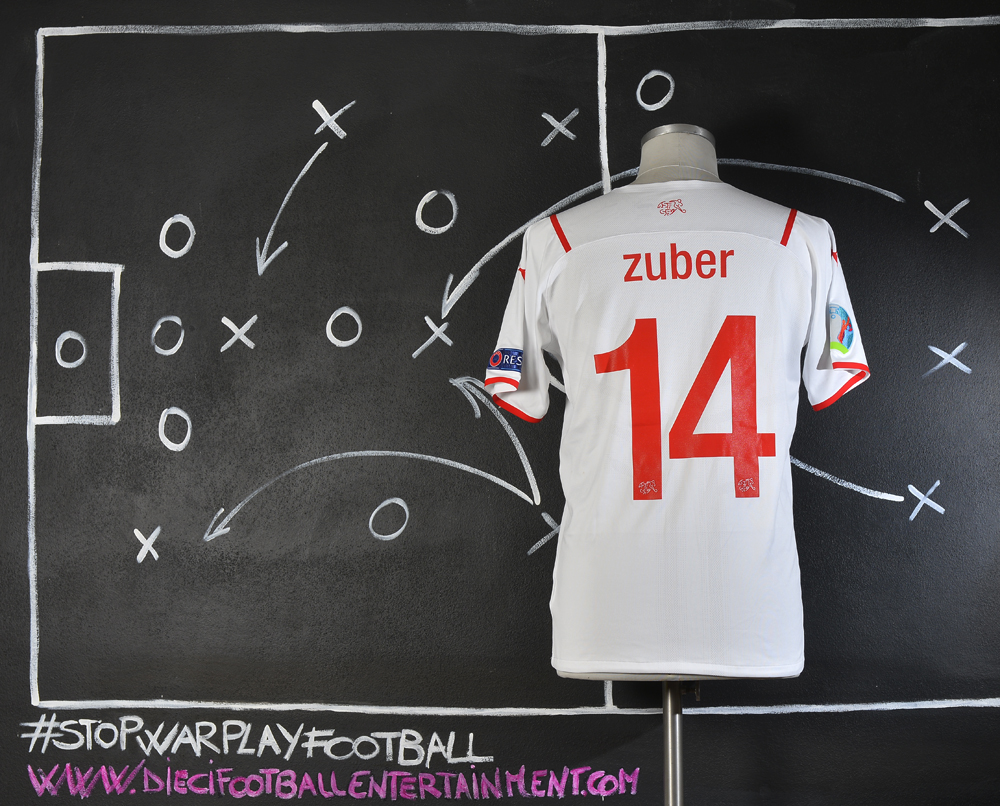 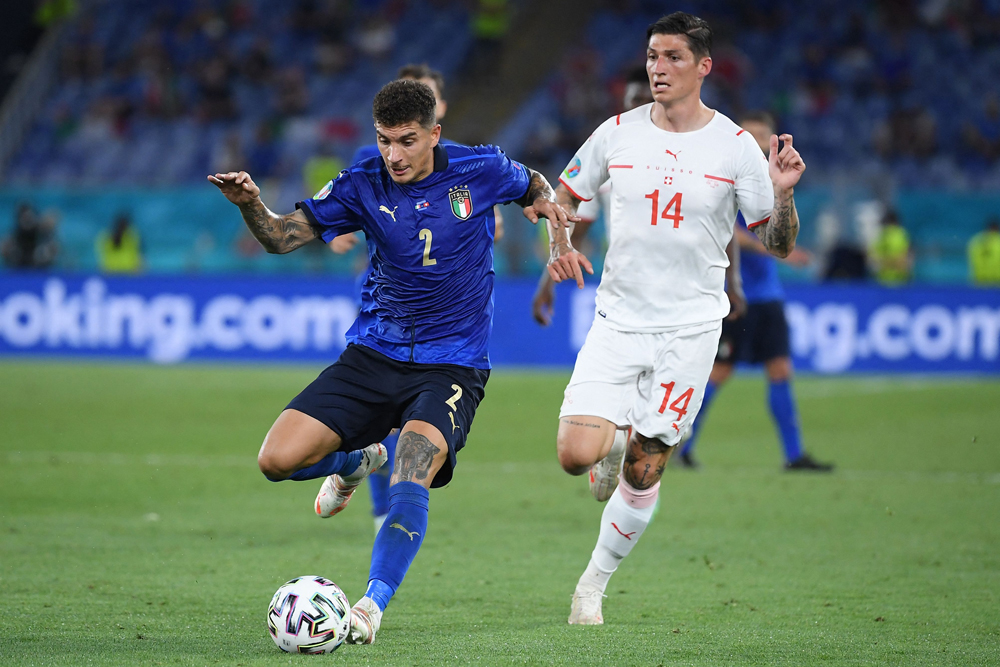 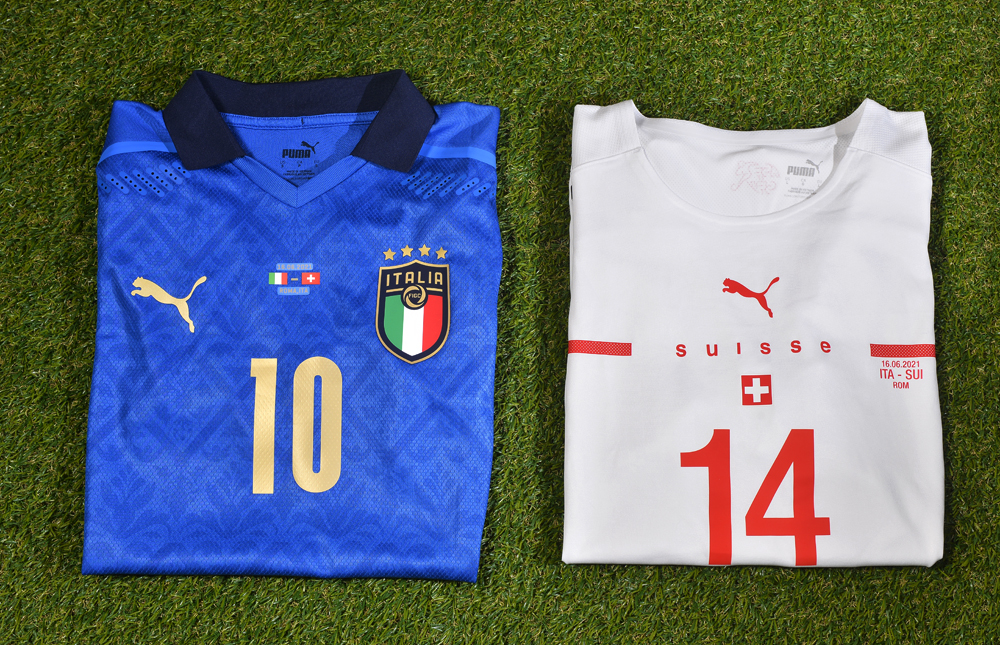 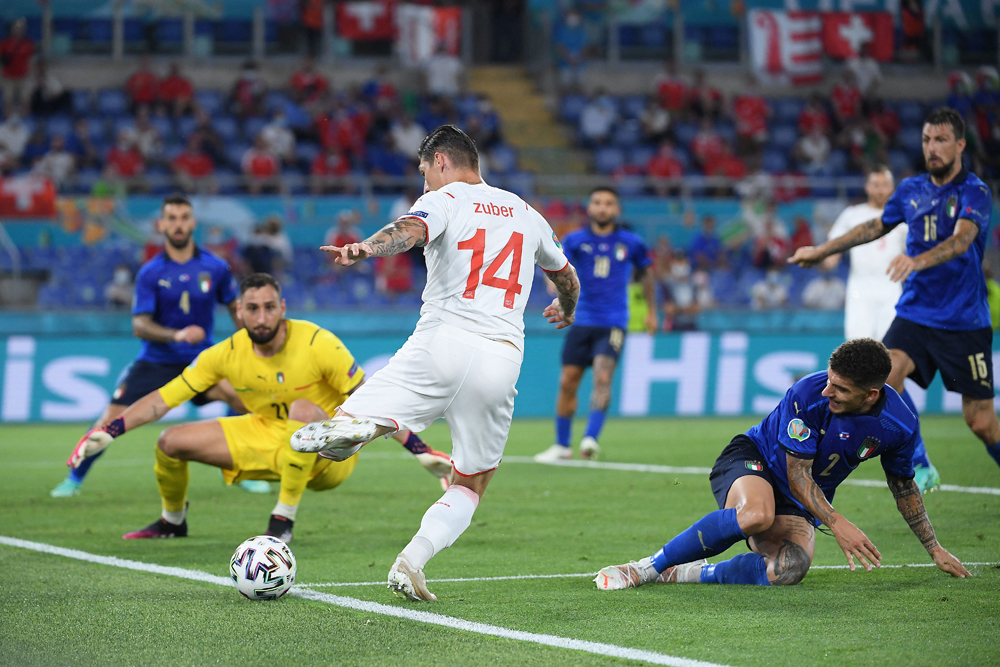 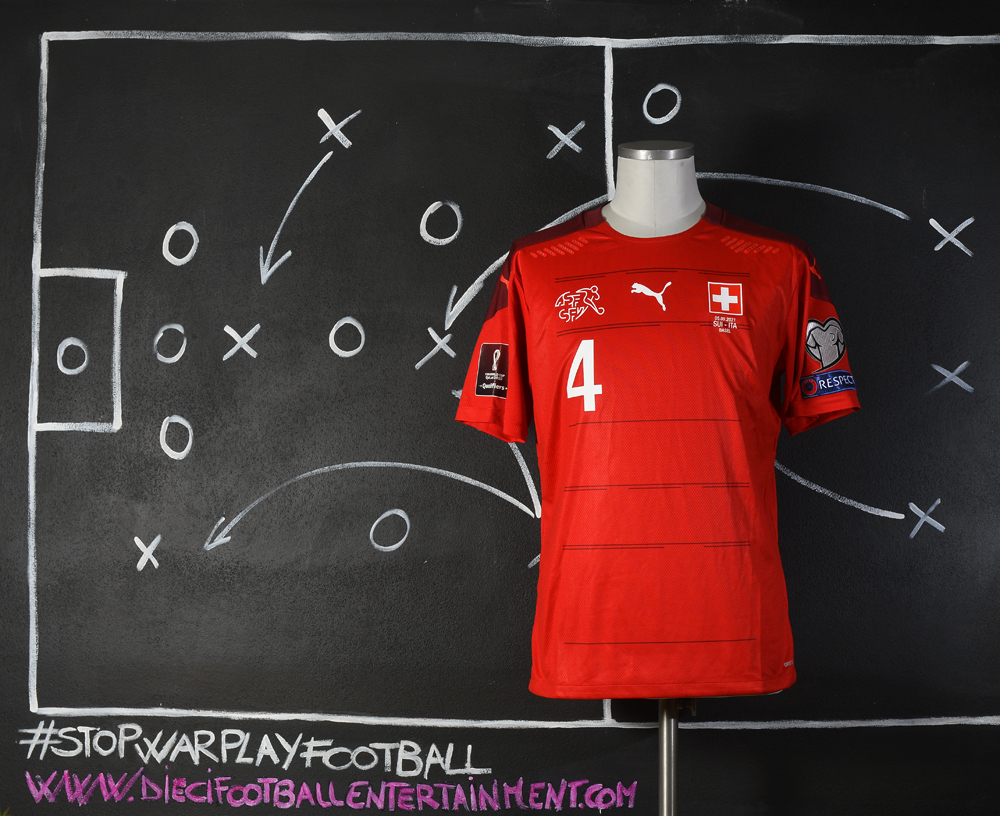 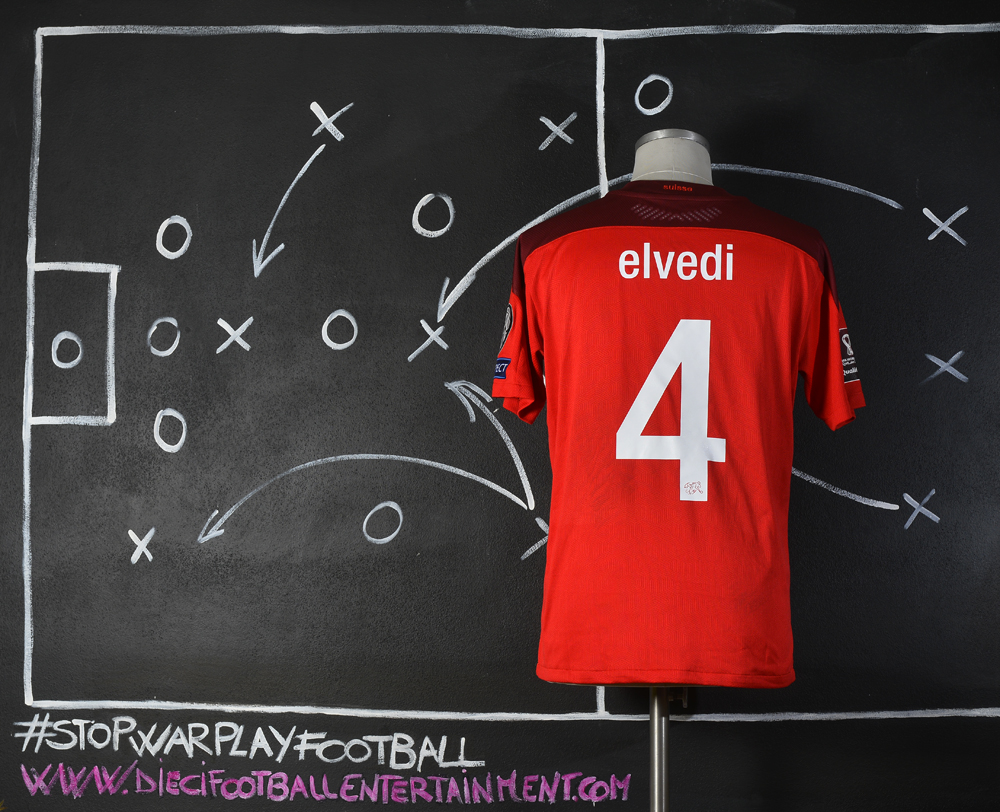 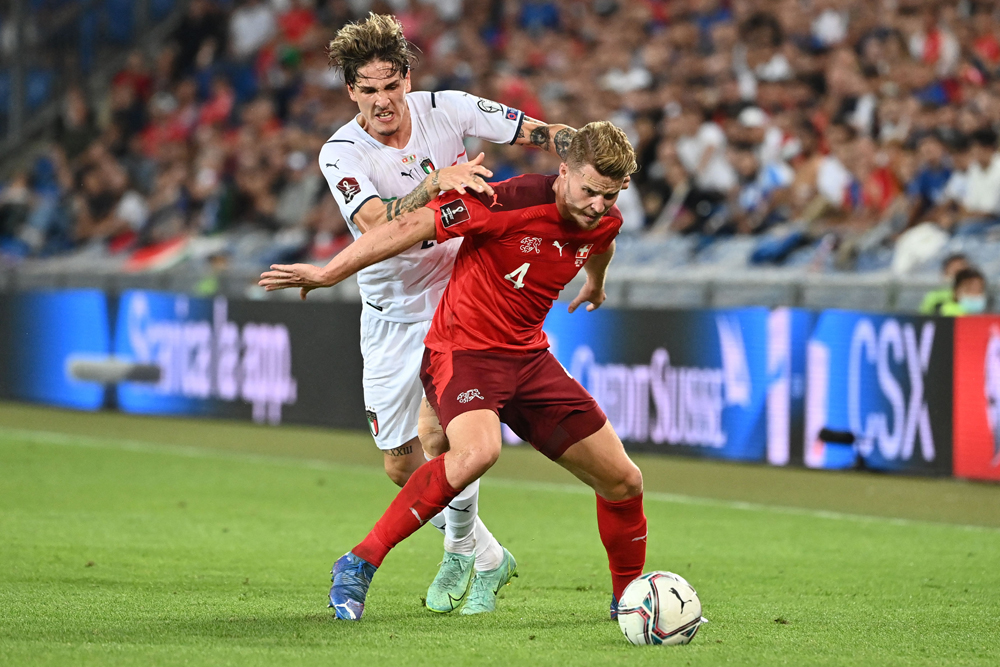 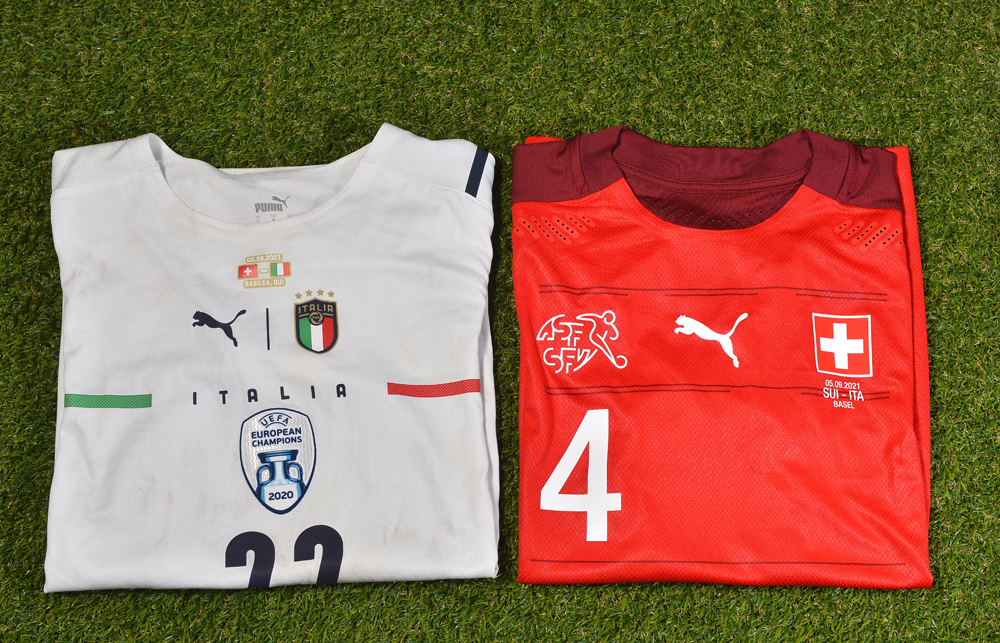 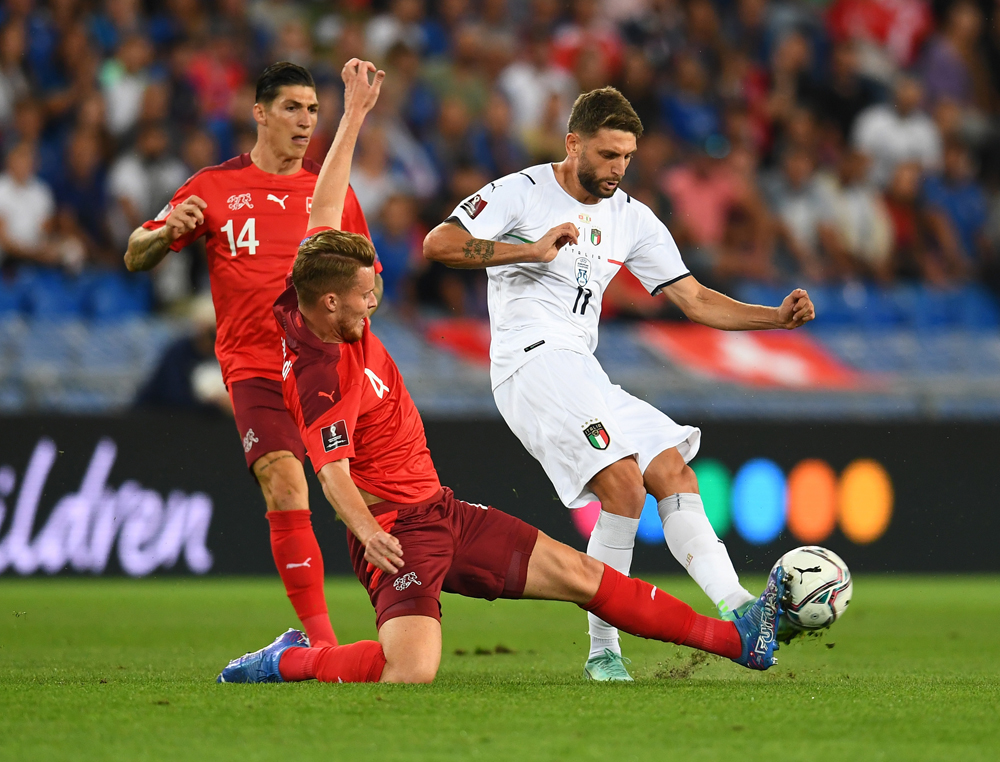 This shirt has been worn by Nico Elvedi during the Fifa World Cup “QATAR 2022” qualifying game between Switzerland and Italy which took place in Basel, “Sankt Jakob-Park”, on September 5th 2021. Switzerland tied 0-0 and Italy set an international record by extending its unbeaten run to 36 games. 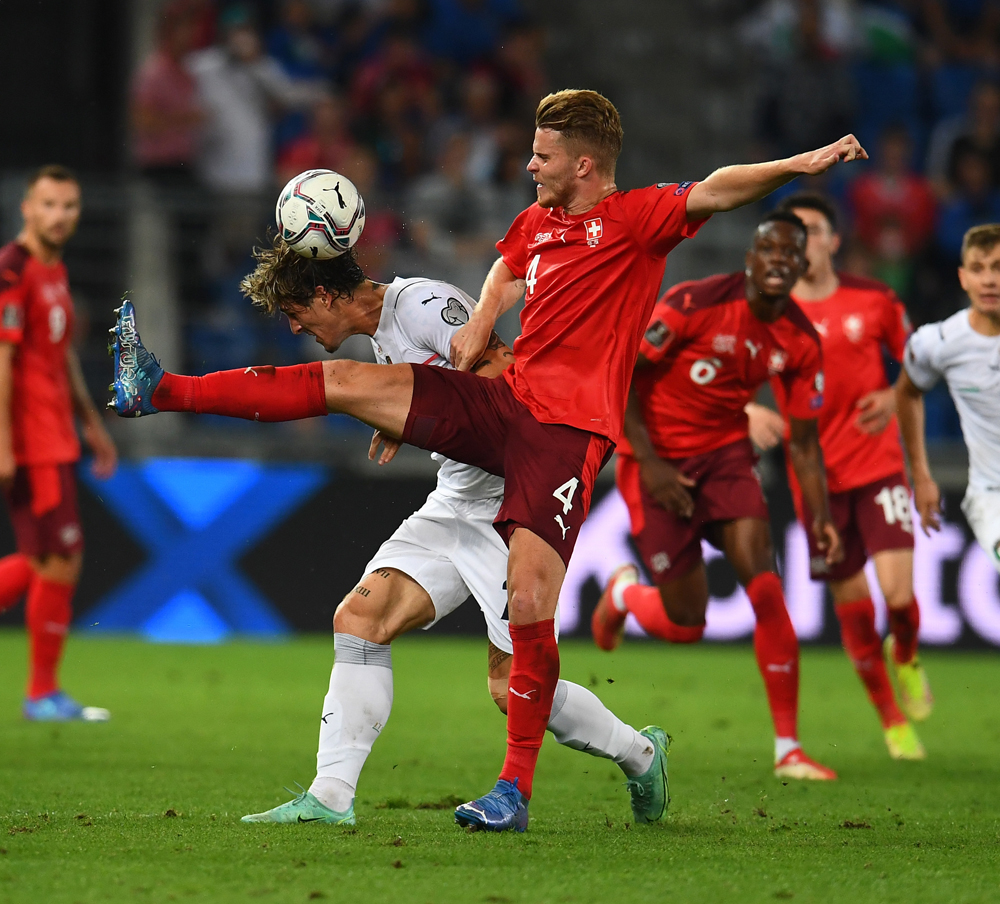 Grosso Grosso2022-04-02T05:39:20+00:00
Page load link
This site uses cookie technology, including third parties' ones. If you want to know more click here. If you access any element of this site outside this banner, you consent to the use of cookies. Ok
Go to Top