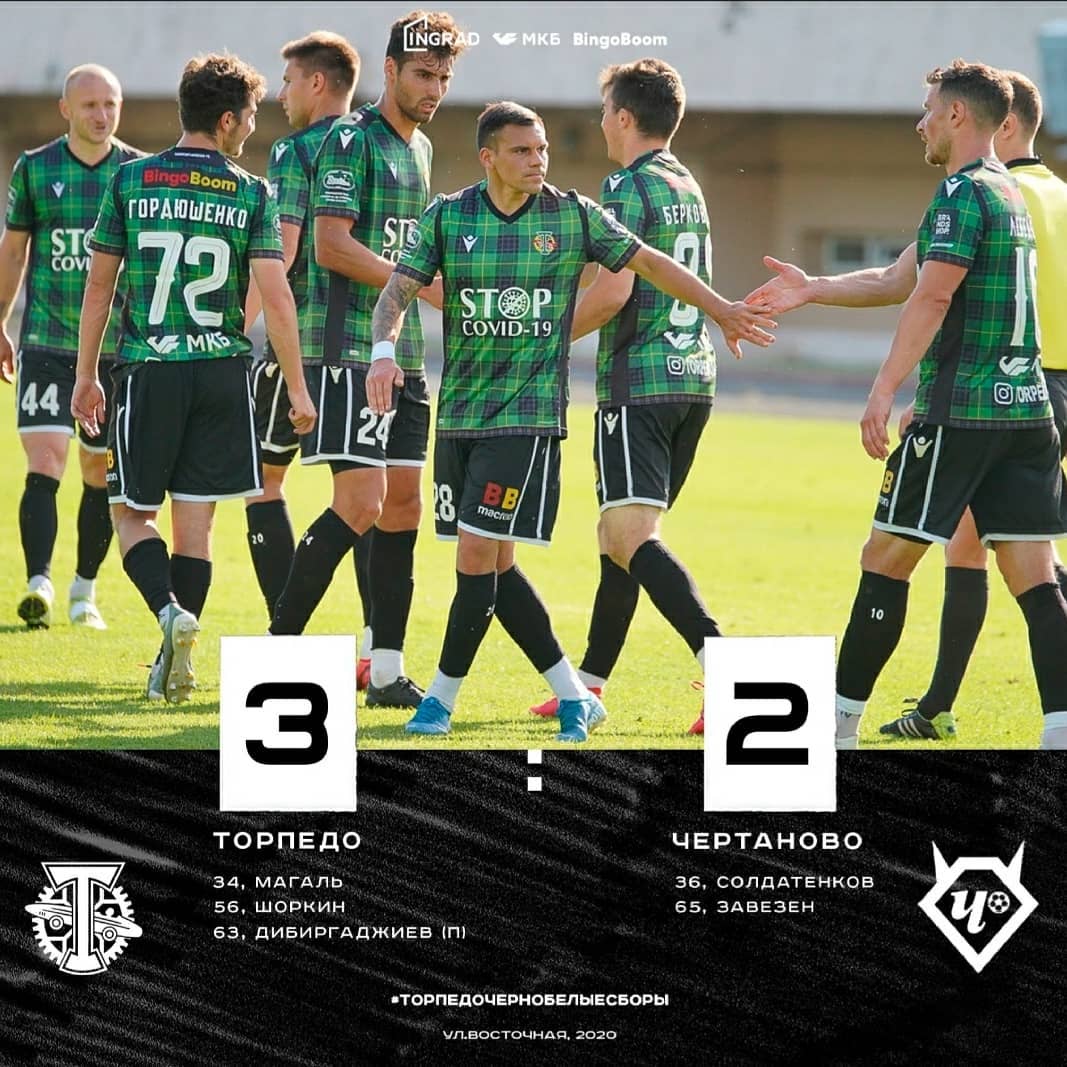 This shirt was worn by Aleksandr Ryazantsev during the FNL game between Torpedo Moscow and Chertanovo which took place in Moscow on June 30th 2020. Torpedo Moscow defeated Chertanovo 3-2. This is a special shirt used by the team in this game only with a special “STOP COVID-19” sponsor on chest to celebrate the fight against the pandemic. Football Club Torpedo Moscow (Russian: ФК “Торпедо” Москва, FK Torpedo Moskva), known as Torpedo Moscow, is a Russian professional football club based in Moscow that was founded in 1930 and currently plays in the Russian Football National League, the second tier of Russian football. Their colors are white and black, with green also commonly being associated with the club. Torpedo is the only professional club located in south Moscow, based in Avtozovodskaya in south-east Moscow, with CSKA and Spartak located in north-west Moscow, Dynamo in north Moscow and Lokomotiv in north-east Moscow. Torpedo are historically one of the big Moscow clubs who enjoyed great success during the Soviet era, both domestically and in Europe. In recent history, however, the club has suffered from financial troubles and poor management which has seen them drop down the divisions. A top flight club since 1938, Torpedo were relegated for the first time in their history following the 2006 Russian Premier League season and have only played one campaign in the top division since, in 2014-15, spending the other seasons bouncing around between the second and third tiers. 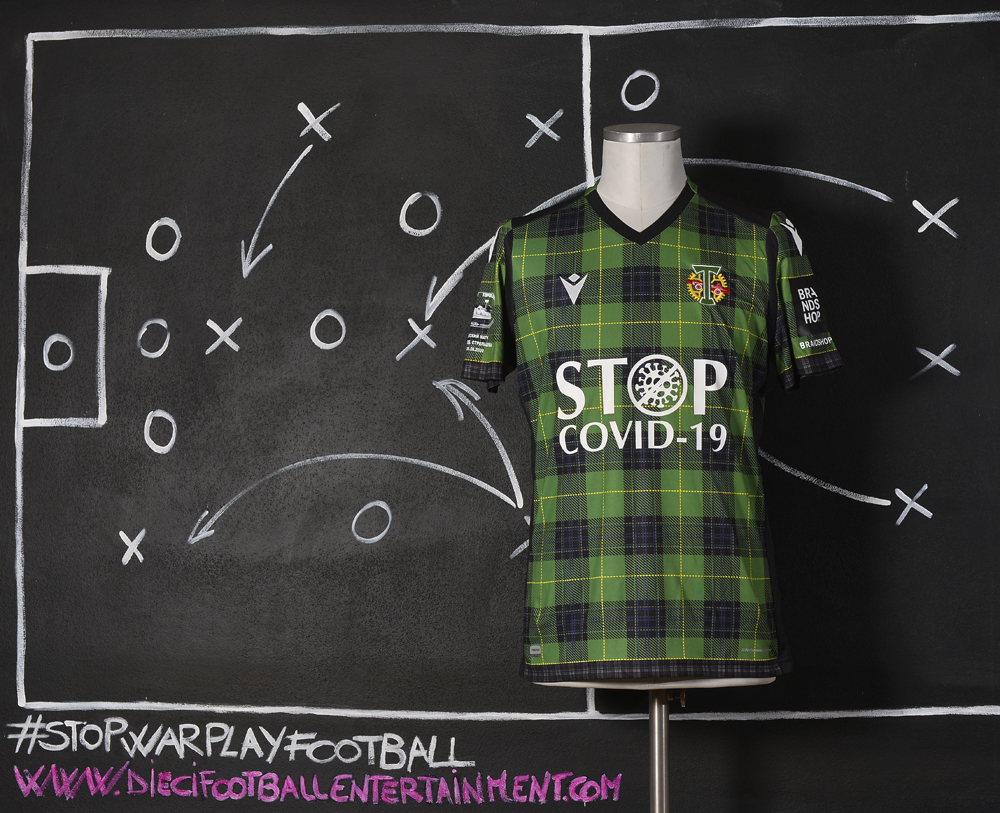 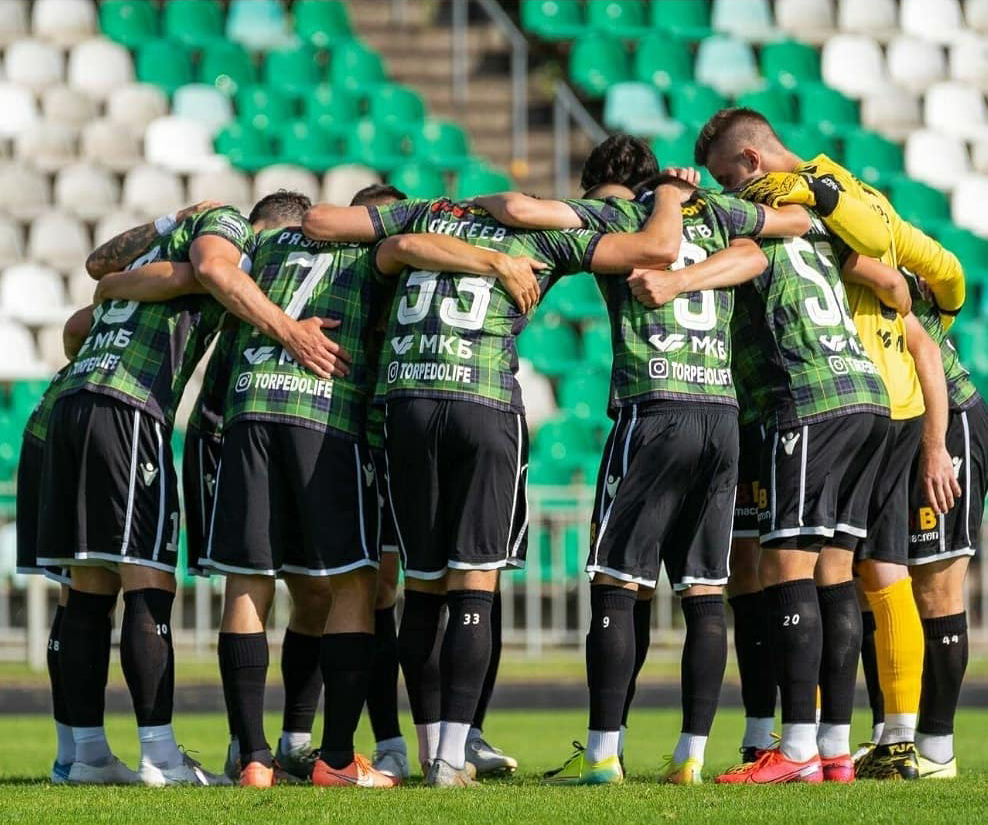 Grosso Grosso2020-08-16T11:55:51+00:00
Page load link
This site uses cookie technology, including third parties' ones. If you want to know more click here. If you access any element of this site outside this banner, you consent to the use of cookies. Ok
Go to Top