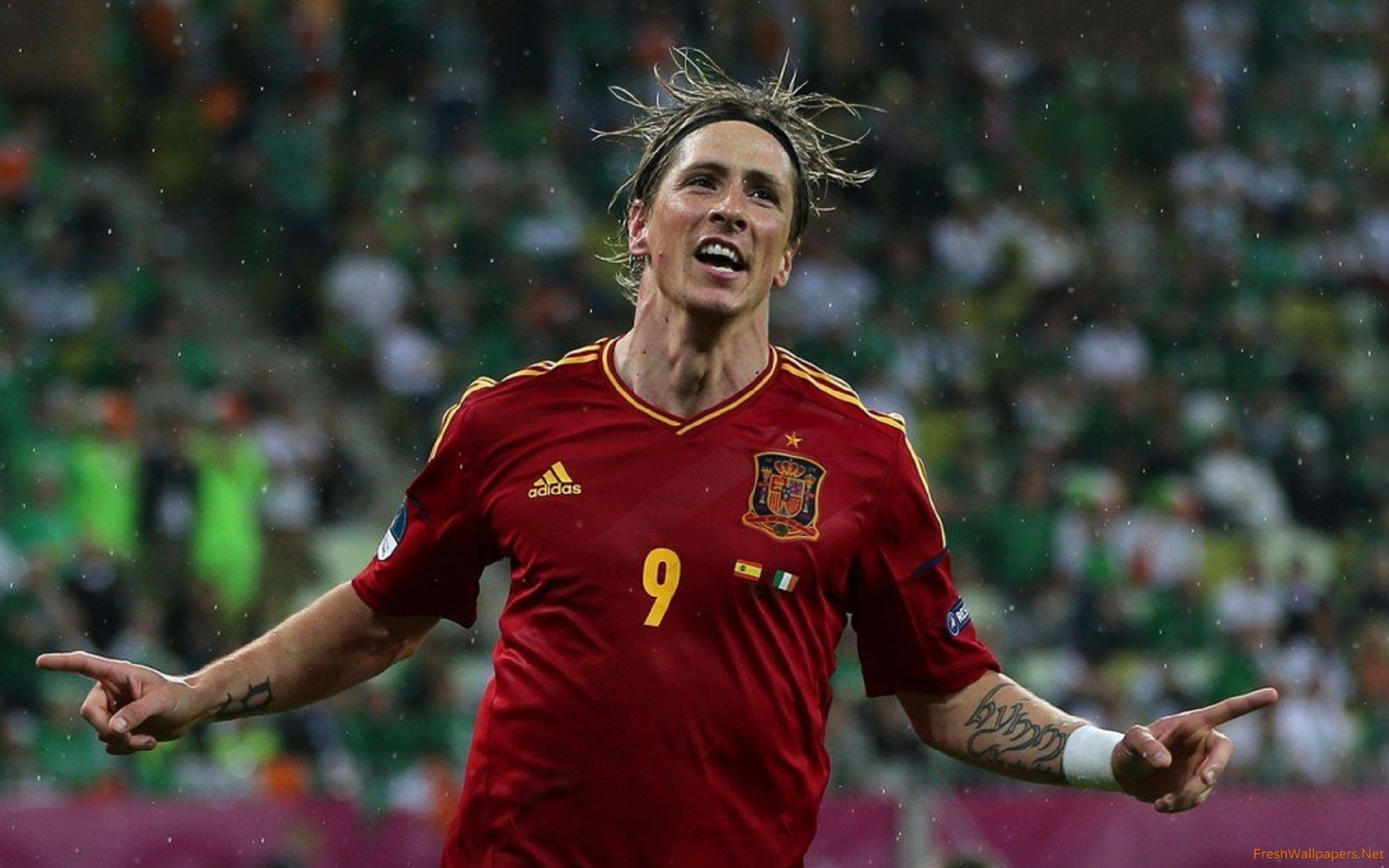 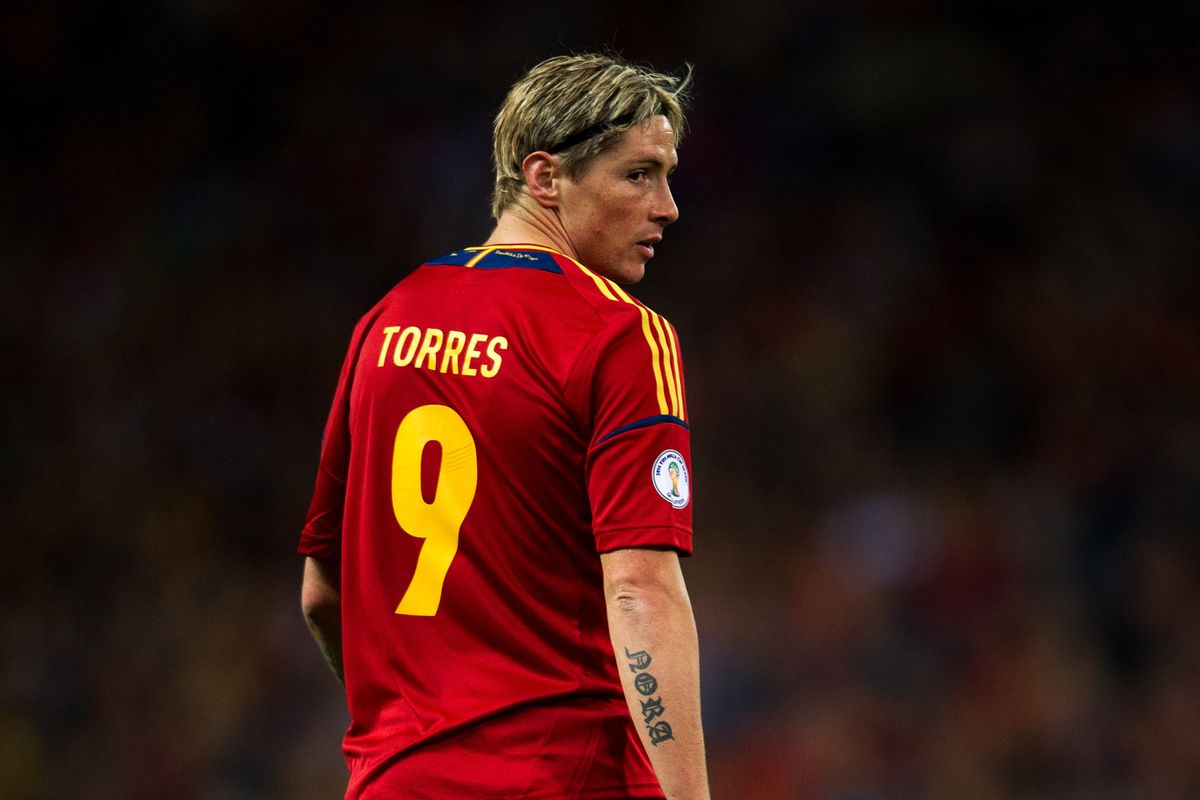 Fernando José Torres Sanz is a Spanish professional footballer who plays as a striker for the Spain national team. Torres started his career with Atlético Madrid, progressing through their youth system to the first-team squad. He made his first-team debut in 2001 and finished his time at the club with 75 goals in 174 La Liga appearances. Prior to his La Liga debut, Torres played two seasons in the Segunda División for Atlético, making 40 appearances and scoring seven goals. Torres joined Premier League club Liverpool in 2007, after signing for a club record transfer fee. He marked his first season at Anfield by being Liverpool’s first player since Robbie Fowler in the 1995–96 season to score more than 20 league goals in a season. The most prolific goalscoring spell of his career, he became the fastest player in Liverpool history to score 50 league goals. He was named in the FIFA World XI in 2008 and 2009. Torres left the club in January 2011 to join Chelsea for a British record transfer fee of £50 million, which made him the most expensive Spanish player in history. In his first full season at Chelsea, Torres won the FA Cup and the UEFA Champions League. The following season, he scored in the final of the 2012–13 UEFA Europa League, helping Chelsea to win the competition for the first time. Torres is a Spanish international and made his debut against Portugal in 2003. He has been capped over 100 times and is his country’s third-highest goalscorer of all-time. With Spain, he has participated in six major tournaments: UEFA Euro 2004, the 2006 FIFA World Cup, Euro 2008, the 2010 World Cup, Euro 2012, and the 2014 World Cup. Spain won the three tournaments from 2008 to 2012, with Torres scoring in the finals of both Euro 2008 and Euro 2012. He scored the winning goal in the 2008 European Championship, and won the Golden Boot for highest goalscorer in 2012. 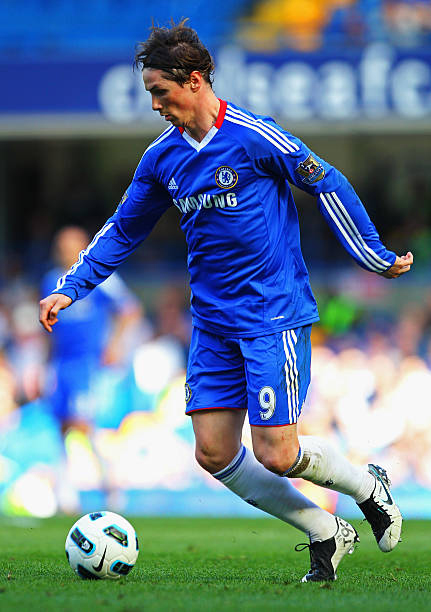 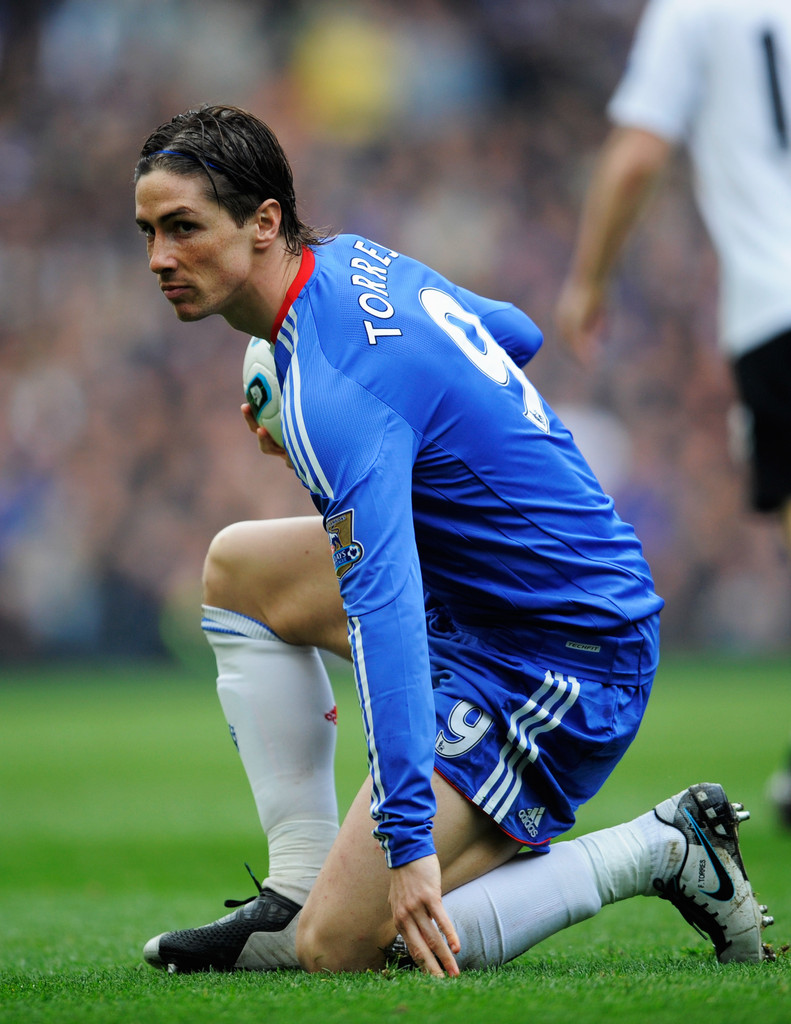 Born in Fuenlabrada, Community of Madrid, Torres became interested in football as a child and joined his first team, Parque 84, at age five. His father, José Torres, worked during Torres’ childhood, and his mother, Flori Sanz, travelled daily with him to training sessions. His grandfather was not a passionate football fan, but took pride in being an Atlético Madrid supporter, and Torres inherited his love for the club. Torres began playing football as a goalkeeper, the position his brother played in. At age seven, however, he started playing regularly as a striker in an indoor league for the neighbourhood club, Mario’s Holland, using the characters from the anime Captain Tsubasa as inspiration. Three years later, aged 10, he progressed to an 11-side team, Rayo 13. He scored 55 goals in a season and was one of three Rayo 13 players to earn a trial with Atlético. He impressed the scouts and joined the club’s youth system at age 11 in 1995. Torres has been described as having “an eye for the spectacular” and being “capable of world-class skill”, as well as being regarded as a “technically proficient, highly successful striker”. He has the ability to find himself in goalscoring positions, using his pace and vision to get in behind defenders. A hard-working striker, he is also known for his willingness to chase down and put pressure on opposing defenders, and is capable of playing off his teammates and creating chances for other strikers, in addition to scoring goals himself; this has also seen him be deployed in a deeper role as a second striker on occasion. Being strong in the air, and an accurate finisher with his head as well as both feet, in his prime, his prolific goalscoring earned him a reputation as one of the top strikers in the world. However, several injuries led to a loss of form, pace, confidence and a decreased goalscoring rate in more recent seasons. 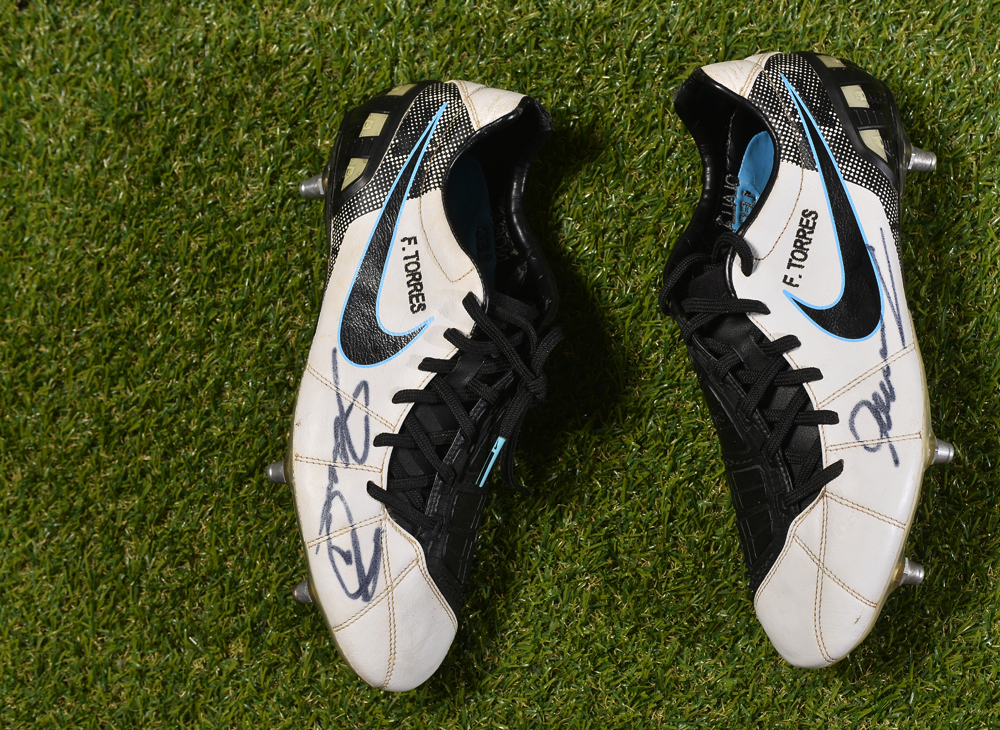 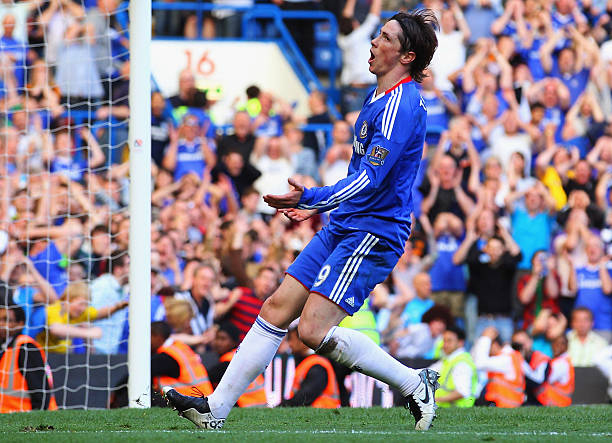 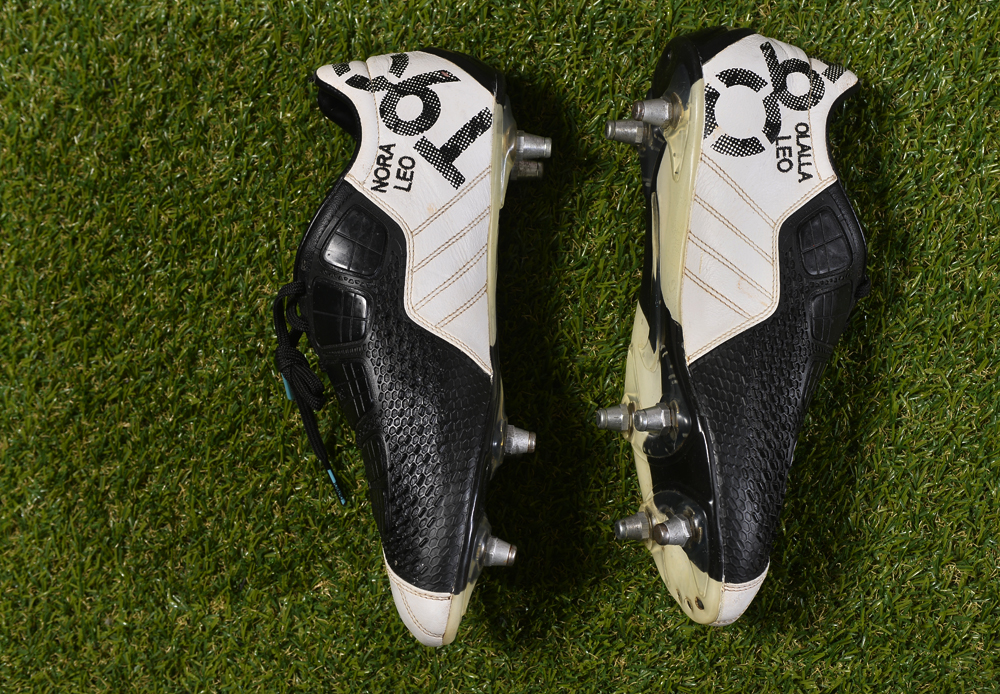 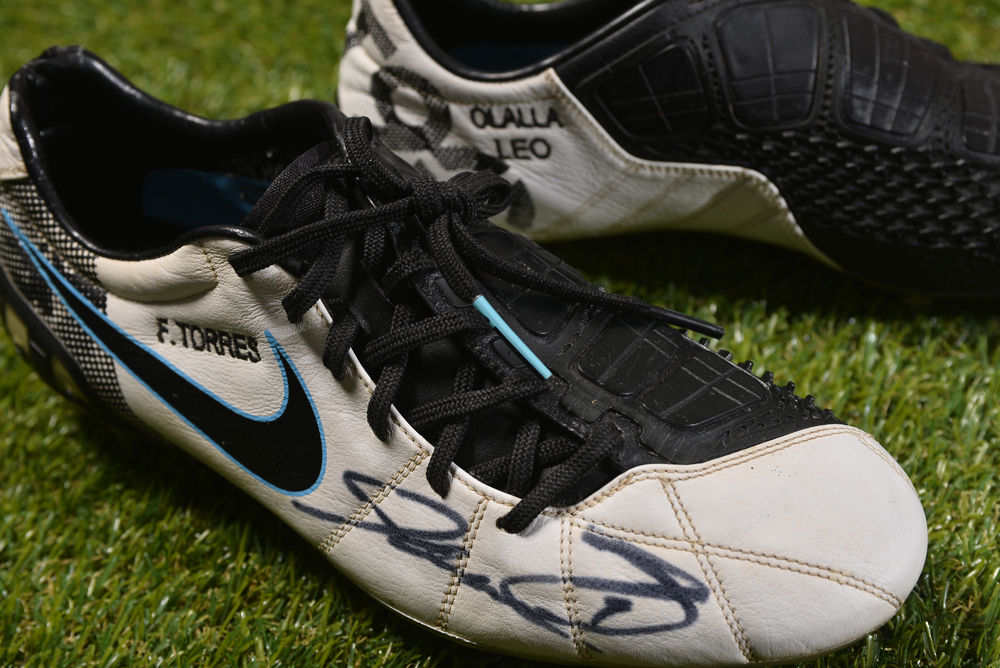 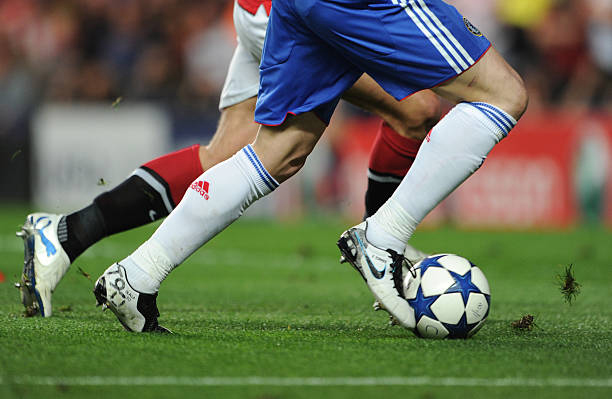 On 27 December 2014, it was announced that Torres’ move to Milan would be made permanent on 5 January 2015,[133] but two days later, he agreed to rejoin La Liga club Atlético Madrid on loan until the end of the 2015–16 season. The loan was agreed after Alessio Cerci went the opposite way from Atlético to Milan on the same day, 5 January. Torres’ unveiling at the Vicente Calderón Stadium on 4 January 2015 drew a crowd of 45,000 persons. He played the first match of his second spell on 7 January 2015, starting in the first leg of a Copa del Rey last 16 tie against Real Madrid. He had no shots on target and was replaced by Koke after 59 minutes, but Atlético won 2–0. Eight days later in the second leg, he scored two goals – in the first minute of each half – as Atlético advanced, his first goals in an away Madrid derby. Torres scored in the first minute again in the quarter-finals, albeit in a 2–3 home defeat against Barcelona. On 17 March, Torres scored the winning kick in Atlético’s 3–2 penalty shoot-out defeat of Bayer Leverkusen in the second leg of the teams’ Champions League round of 16 tie.[140] On 21 March, he scored his first La Liga goal since his return in the third minute of a 2–0 win against Getafe. After the departure of striker Mario Mandžukić, Torres changed his shirt number from 19 back to his usual 9, which he wore during the remainder of the 2015–16 season. On 6 February 2016, Torres scored his 100th goal with Atlético Madrid in a 3–1 home league victory against Eibar on his 295th appearance for the club. The following month, he marked the occasion of his 300th appearance for Atlético by scoring in a 3–1 victory over Valencia. On 5 April 2016, Torres scored the opening goal of Atlético’s UEFA Champions League quarter-final with Barcelona at Camp Nou, before being sent off ten minutes later in an eventual 2–1 loss. On 5 July 2016, Torres signed for Atlético permanently on a one-year contract. In February 2017, he scored his 100th league goal in Spanish football when he netted a brace against Leganés. On 4 July 2017, Torres signed a new one-year contract with the rojiblancos to stay with his boyhood club for one more year after they were banned from signing new players. Torres came on as a 90th-minute substitute on 16 May 2018 as Atlético beat Marseille 3–0 at Parc Olympique Lyonnais in the 2018 UEFA Europa League Final. He scored two goals in his last match with Atlético in a 2–2 draw versus Eibar in the final week of championship.

Grosso Grosso2020-06-09T08:52:47+00:00
Page load link
This site uses cookie technology, including third parties' ones. If you want to know more click here. If you access any element of this site outside this banner, you consent to the use of cookies. Ok
Go to Top