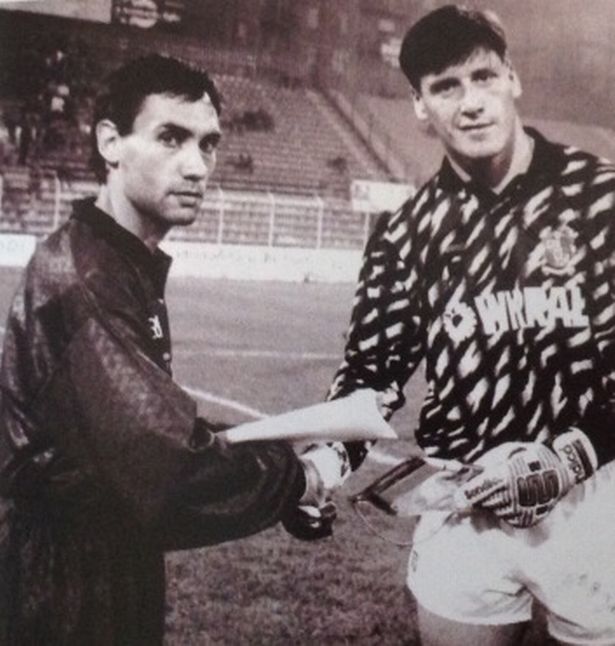 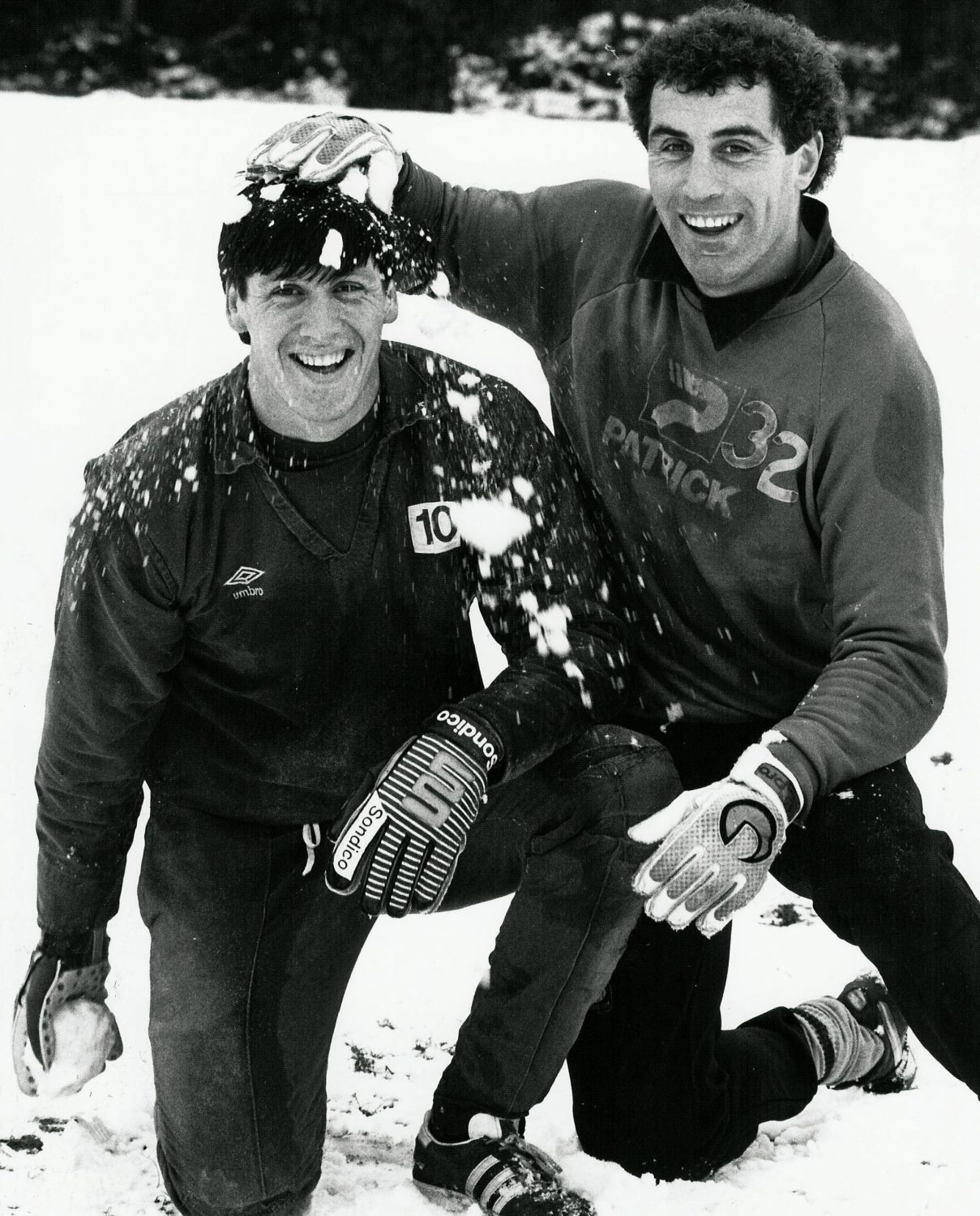 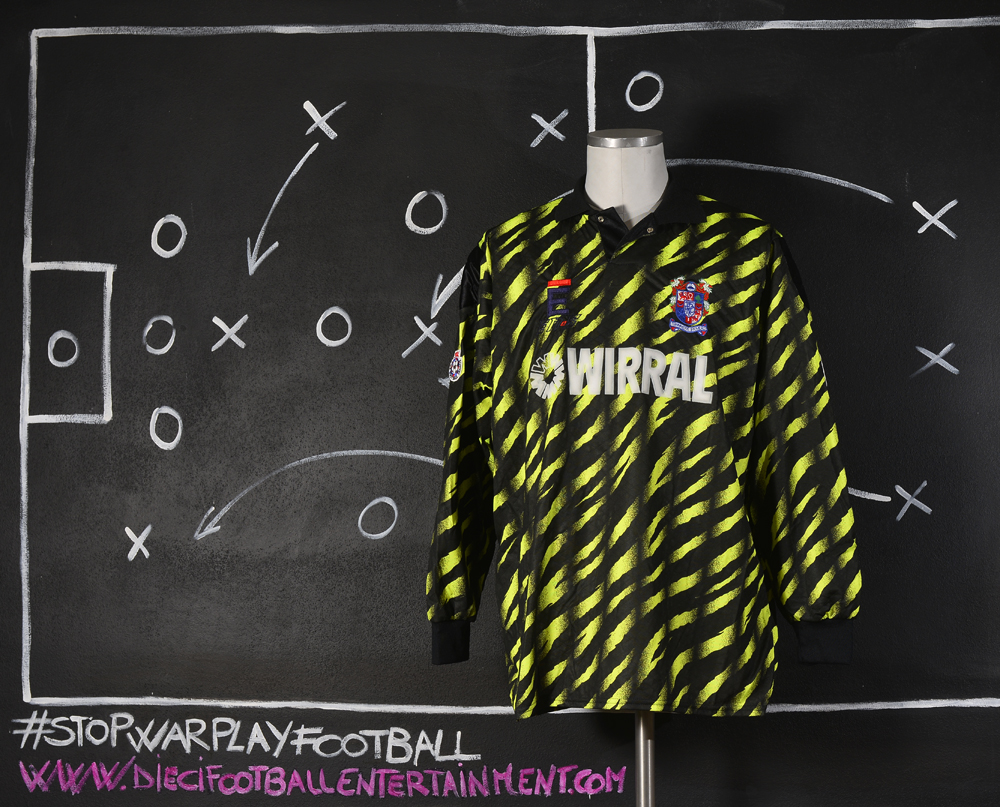 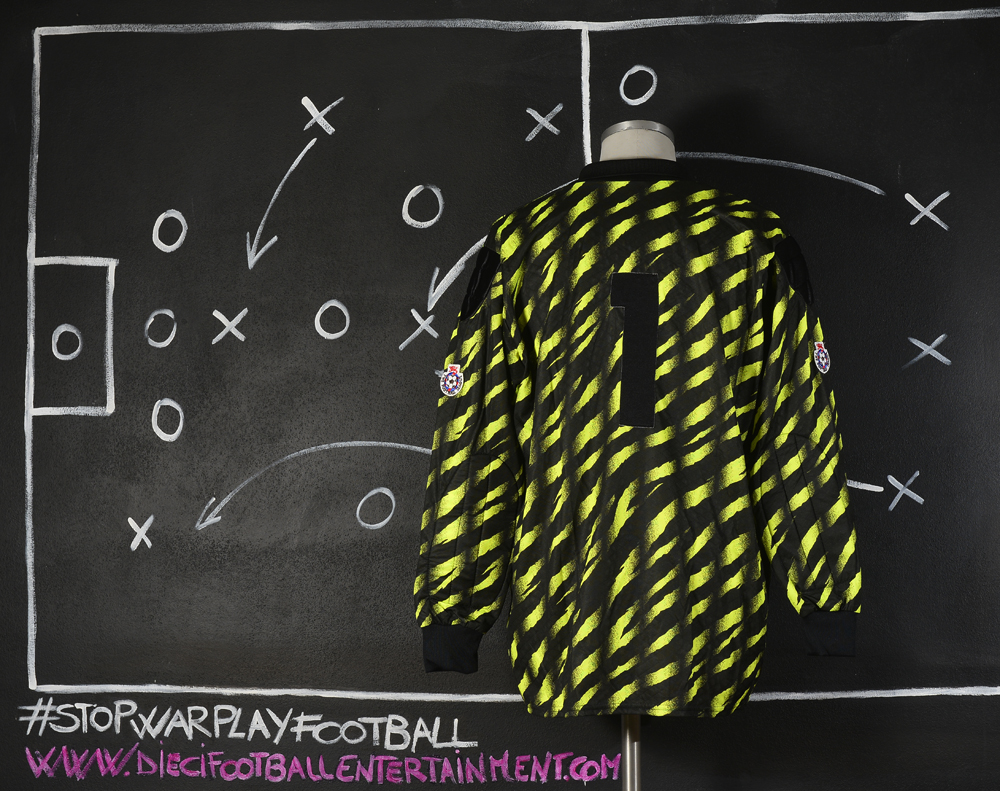 This shirt was worn by Eric Nixon during the Anglo-Italian Cup game between Reggiana and Tranmere Rovers which took place in Reggio Emilia, “Stadio Mirabello”, on November 11th 1992. The game ended 0-0 and at the end of the game Nixon swapped his shirt with the Reggiana’s goalkeeper whom we got it from. Nixon signed for Tranmere Rovers permanently for a fee of £60,000 on 26 July 1988. In nine years at Prenton Park Nixon made 432 appearances, including 333 league appearances, and was with the club during their rise from the Fourth Division to the First Division play-offs in 1992–93. In the 1988–89 season he kept 25 clean sheets, which still stands as a club record for the most clean sheets in a season. He was also a part of the Tranmere team that won the Associate Members’ Cup in 1989–90, beating Bristol Rovers 2–1 in the final at Wembley with goals by forwards Ian Muir and Jim Steel. In 1996, towards the end of his time at Tranmere, Nixon found himself again being sent out on loan three times. In January, he joined Reading; the following month he was loaned to Blackpool, for whom he made 20 league appearances; and in September he spent a second loan spell at Bradford City, making twelve league appearances. On 27 August 1997, Nixon was signed by Stockport County for £100,000. In 19 months at Edgeley Park, he made 42 league appearances, and he was also sent on loan again, this time to Wigan Athletic in August 1998, before signing for them permanently in March 1999 on a free transfer. However, his time at Wigan was short-lived, and on 4 July he was back at Tranmere Rovers for a third time, on another free transfer, where he stayed for a further four years, becoming a part-time goalkeeping coach. After focussing on coaching rather than playing, Nixon spent one short loan spell at Kidderminster Harriers in October 2001, for whom he kept three clean sheets in three games. On his return, he signed non-contract terms with Tranmere. On 8 August 2002, he again signed as a non-contract player with the club to provide cover for Keith Welch, who Tranmere had just signed. The 2002–03 season was his testimonial season and his testimonial match was played at Prenton Park on 6 August against the club he supported as a youngster, and for whom he first played professionally – Manchester City. When he played in goal against Crewe Alexandra on 21 September 2002, Nixon, at 39 years and 352 days old, became the oldest player to ever play for the club: his record was subsequently broken by Ian Goodison. Nixon’s final club was Sheffield Wednesday, for whom he signed on a free transfer on 1 July 2003, and where he was used as a goalkeeping coach, making one league appearance – on 27 September 2003 against Grimsby Town. His spell with the club was spent coaching three days a week, and spending two days back at Tranmere Rovers coaching.

Grosso Grosso2022-06-29T10:24:32+00:00
Page load link
This site uses cookie technology, including third parties' ones. If you want to know more click here. If you access any element of this site outside this banner, you consent to the use of cookies. Ok
Go to Top