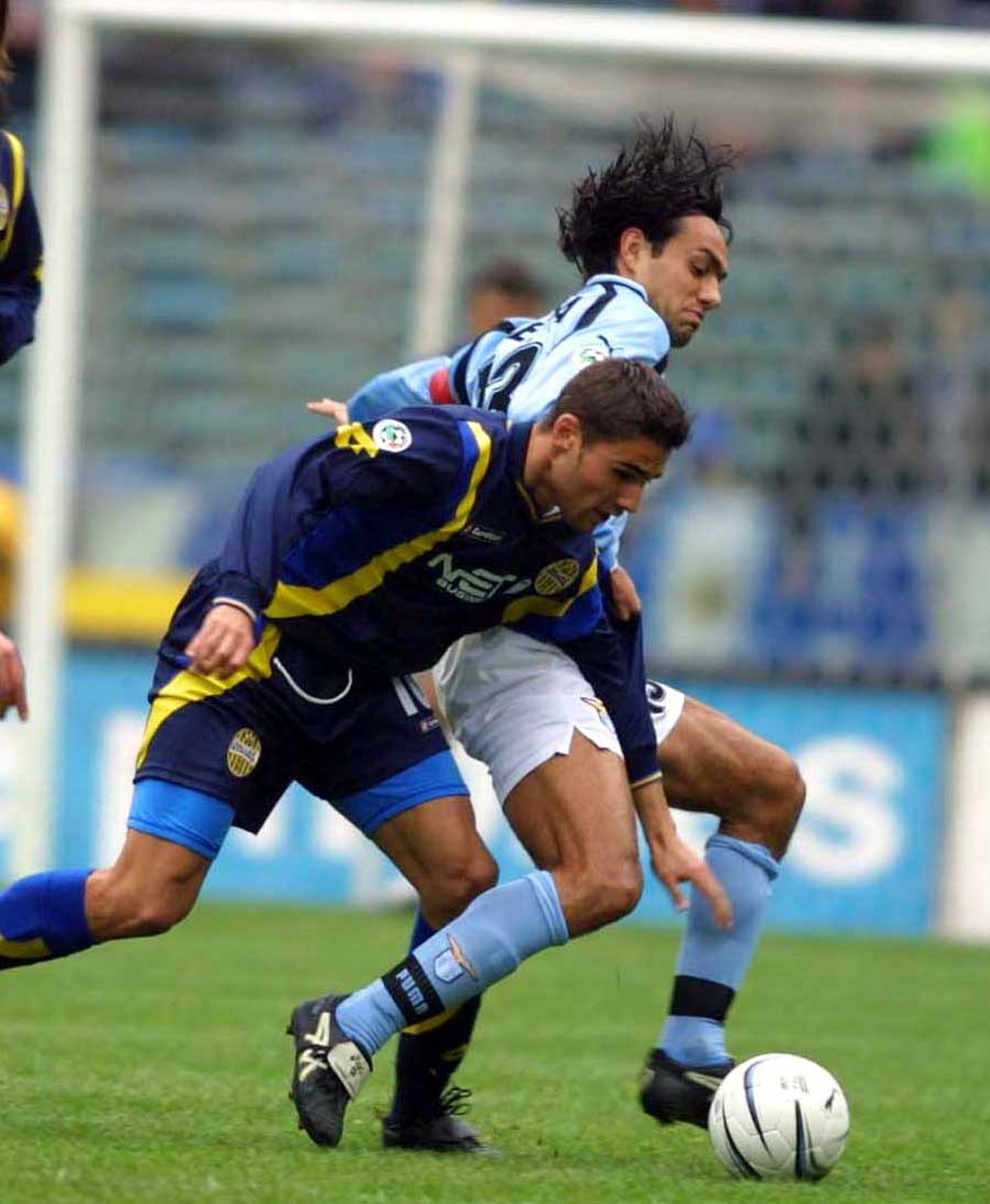 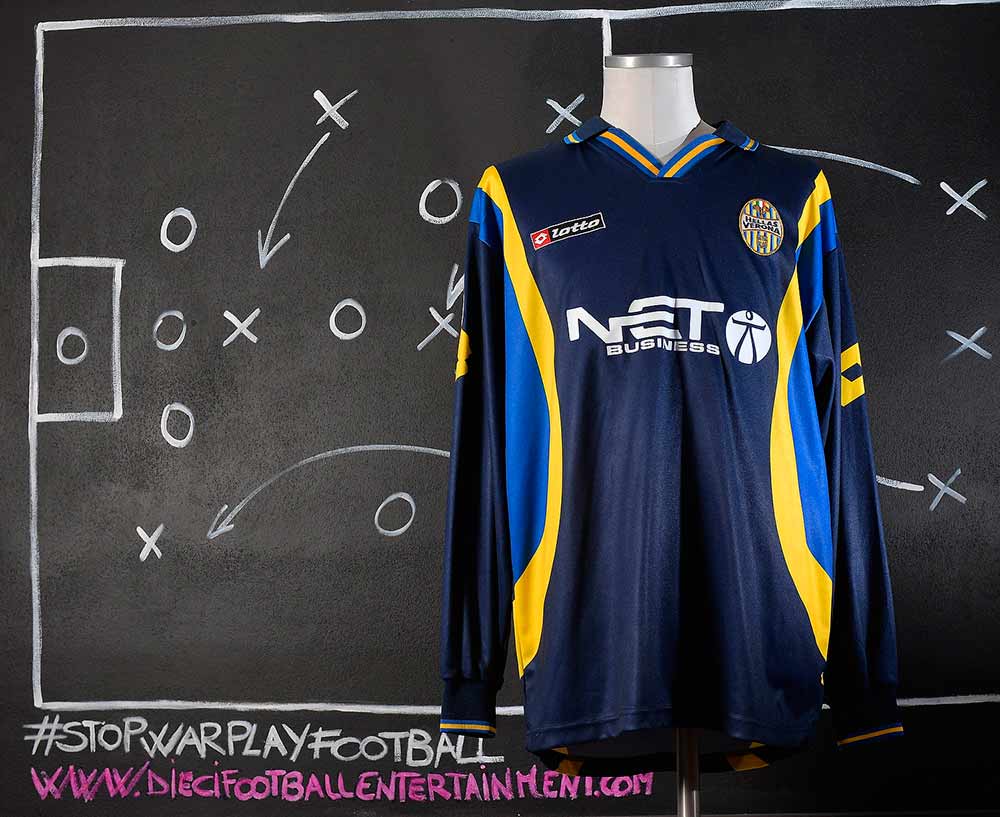 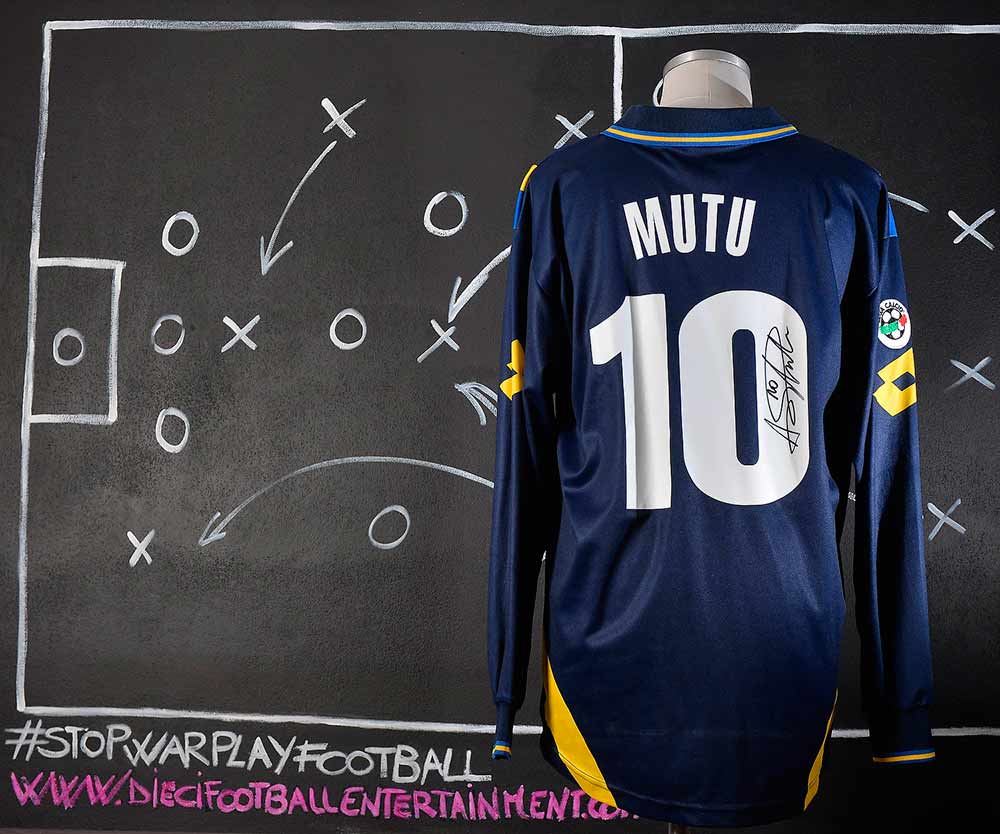 In the season 2000-2001 the city of Verona has its own “derby” (the fifth in the Italian Serie A after Milan, Turin, Genova and Rome) since the second Verona’s team Chievo came up to Serie A. The derby was a big event in town and for the whole Italian Serie A. To celebrate it the Italian National anthem was played before the game, for the first time ever in a Serie A game. In 2000, Adrian Mutu was sold from Intarnazionale to Verona in co-ownership deal, for 7,500 million lire (€3,873,427). In June 2001, Verona bought Mutu outright, for 5,100 million lire. (€2,633,930). The player played in Verona for two following seasons. 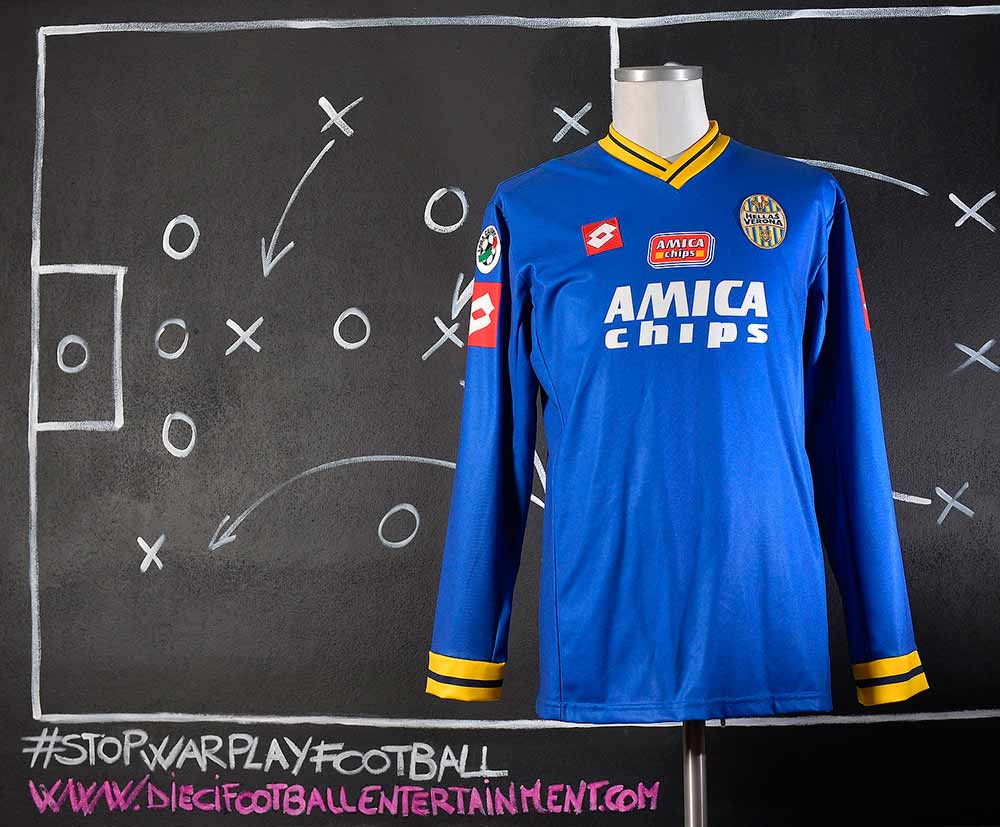 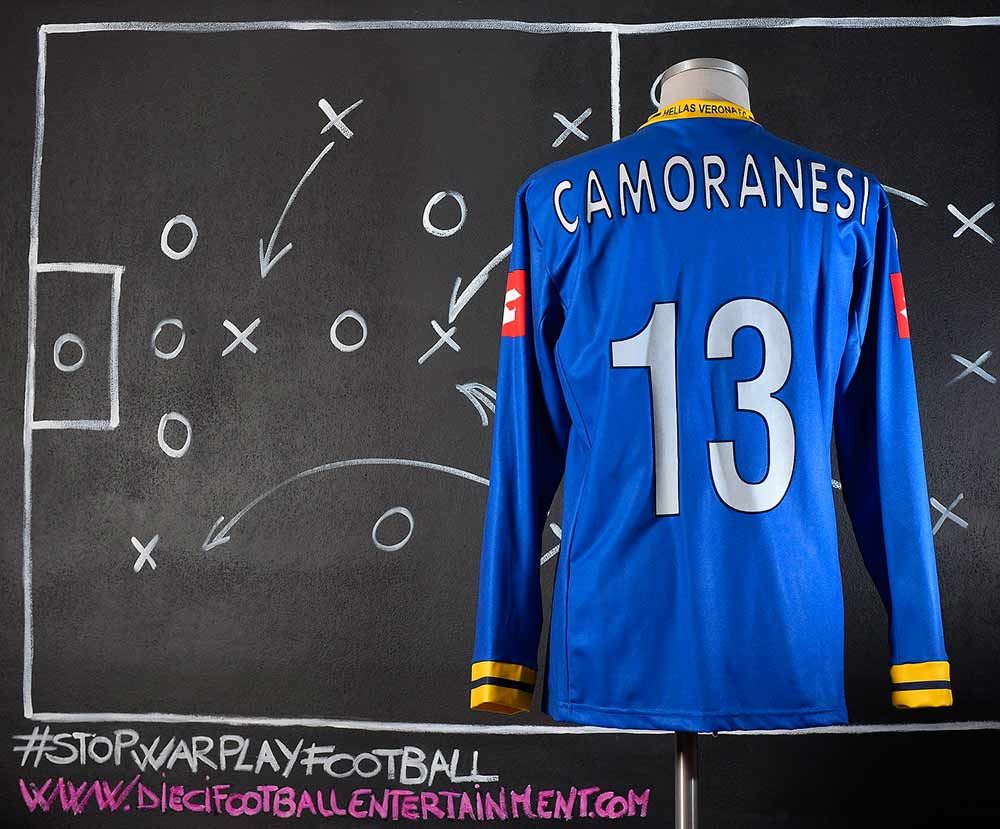 In the 1999-2000 season, Camoranesi was playing in Mexico as a member of club Cruz Azul. He caught the attention of Italian Serie A side Verona by scoring 21 goals in 79 games with Cruz Azul, an impressive achievement for a midfielder. He moved to Italy in 2000, signing with Verona where he played for two years, helping the club avoid relegation in his first season with 4 goals in 22 appearances. 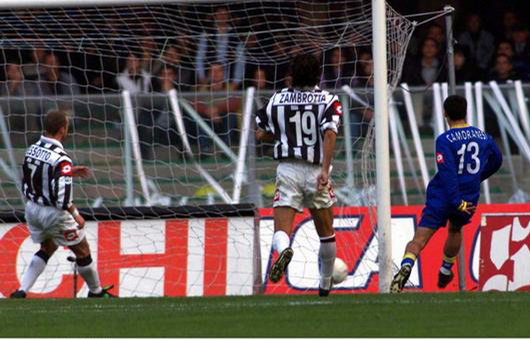 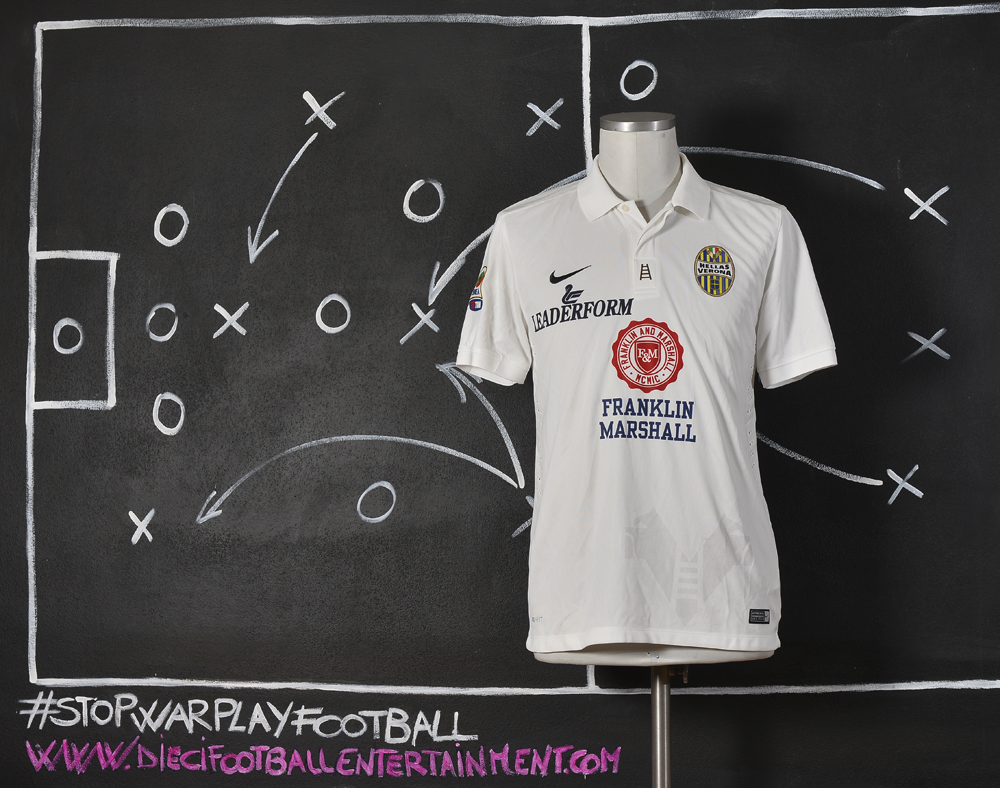 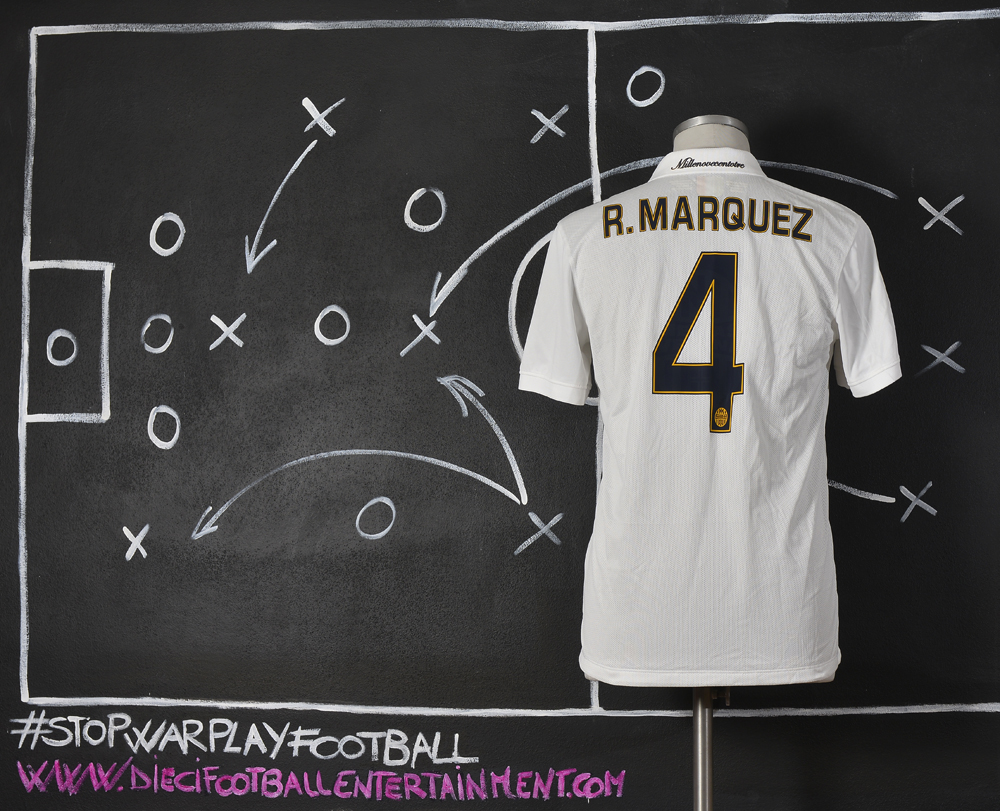 This shirt was worn by Rafael Márquez during the season 2014/2015. Marquez joined Hellas Verona on 7 August 2014, Hellas Verona on undisclosed terms. He stated that he had taken a pay cut to join the club as he was desperate to return to Europe. He made his debut in the league on 31 August, starting as Verona played out a goalless draw at home against Atalanta. After 35 presences with the Italian club, on 21 December 2015, it was announced that Márquez had officially transferred to Atlas, returning to the club he debuted with. He was handed the number 4 shirt. 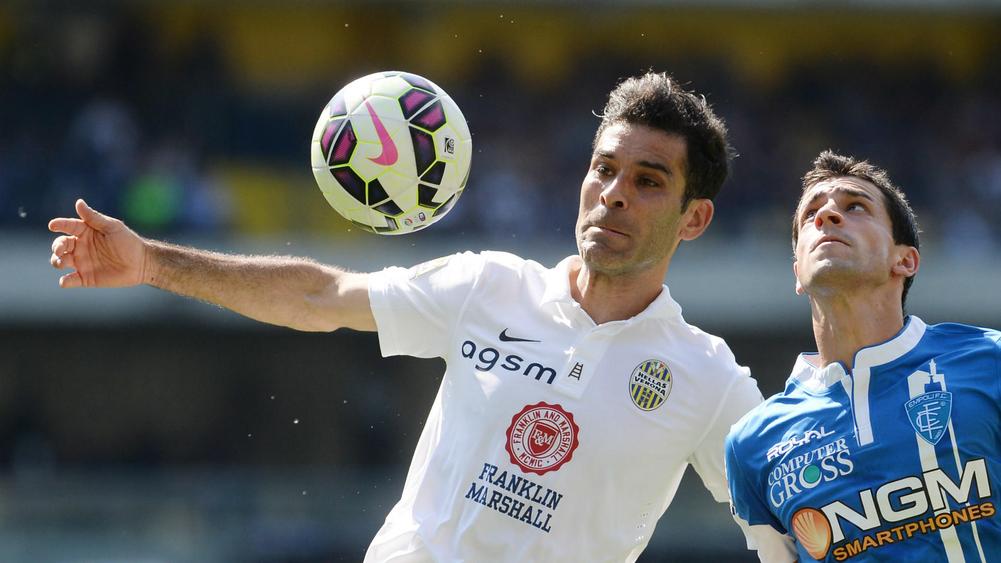 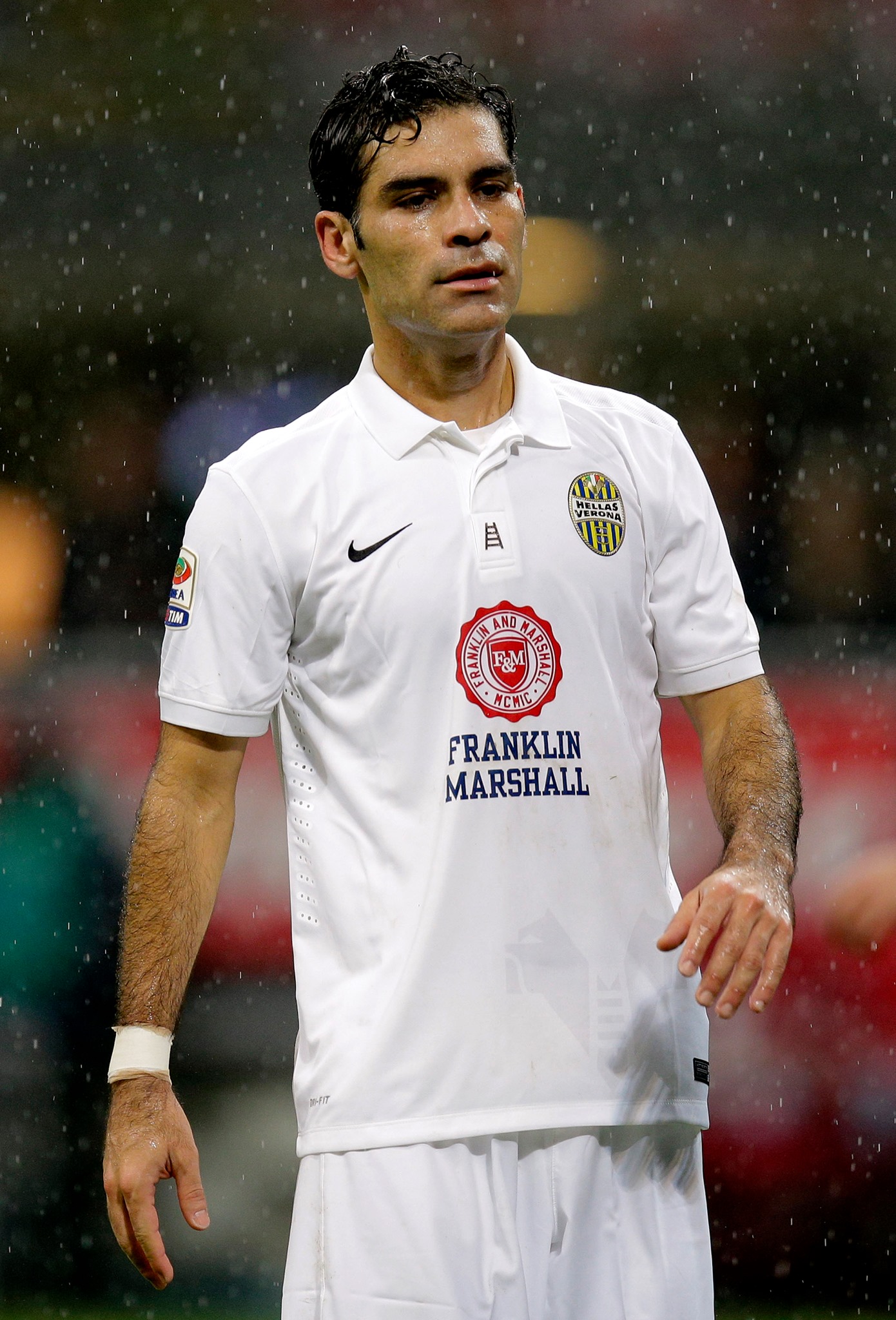 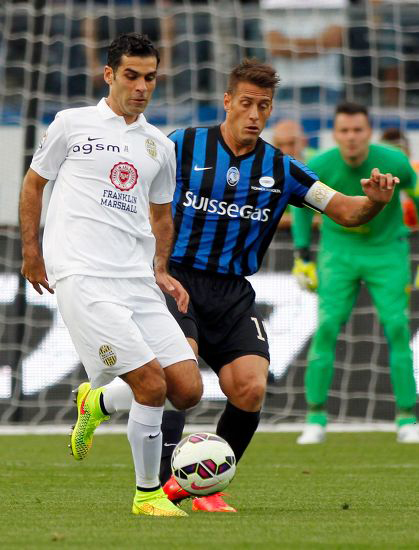 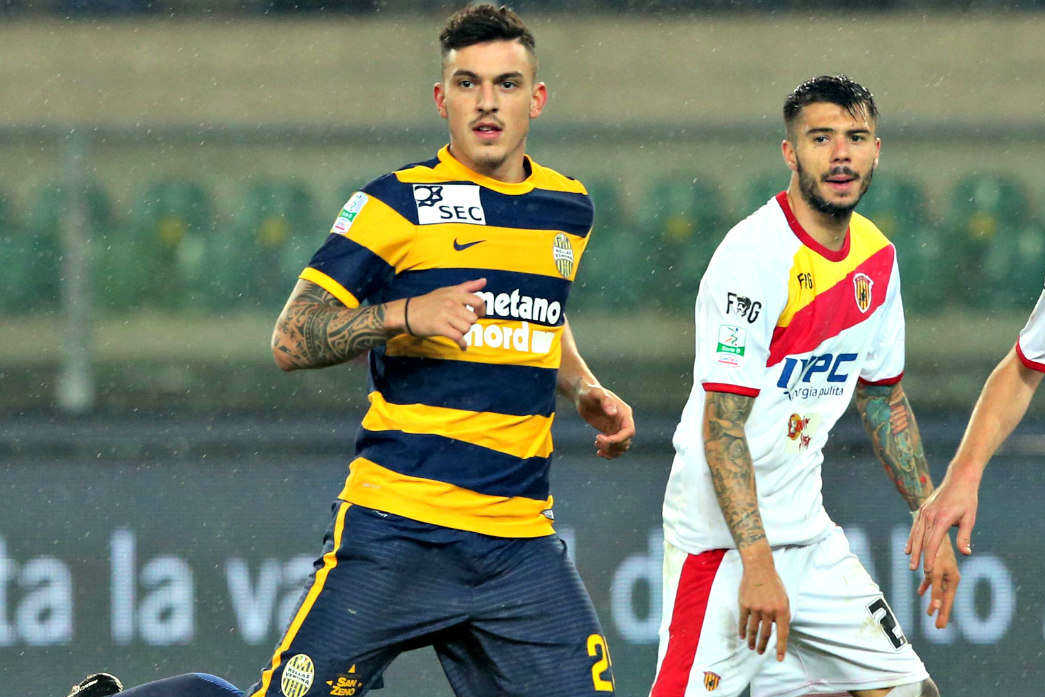 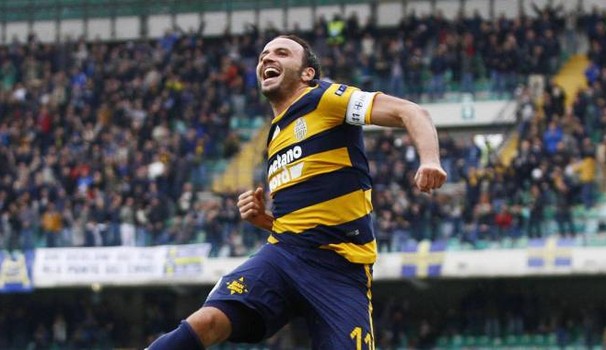 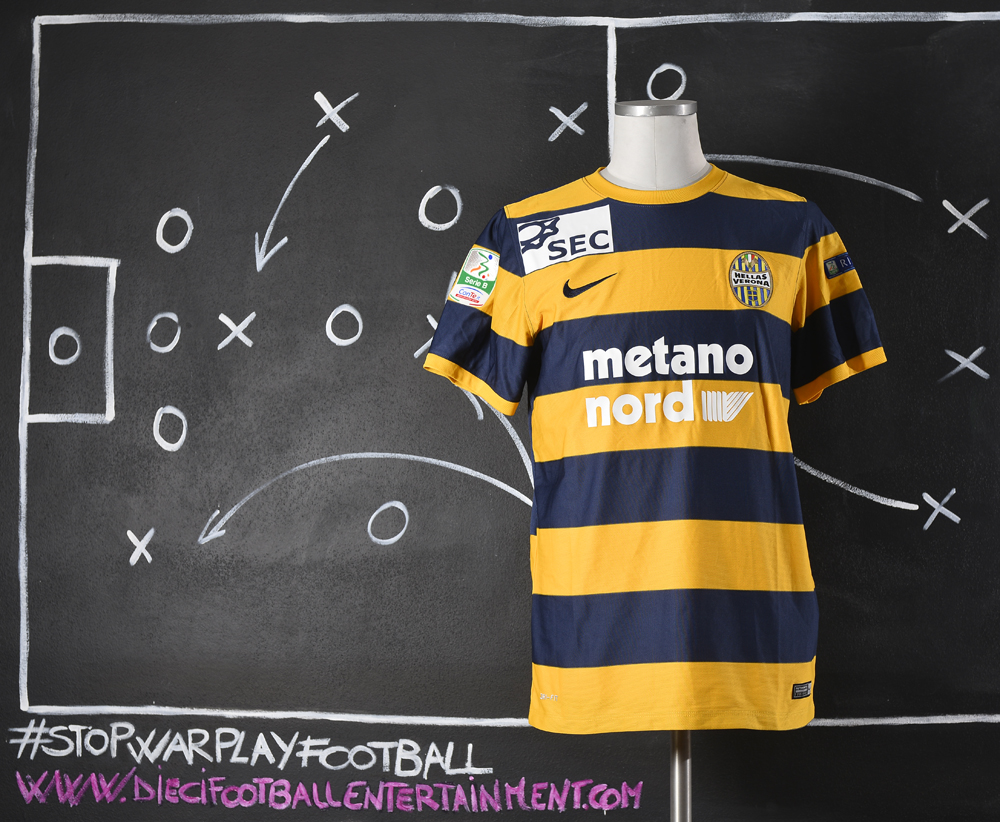 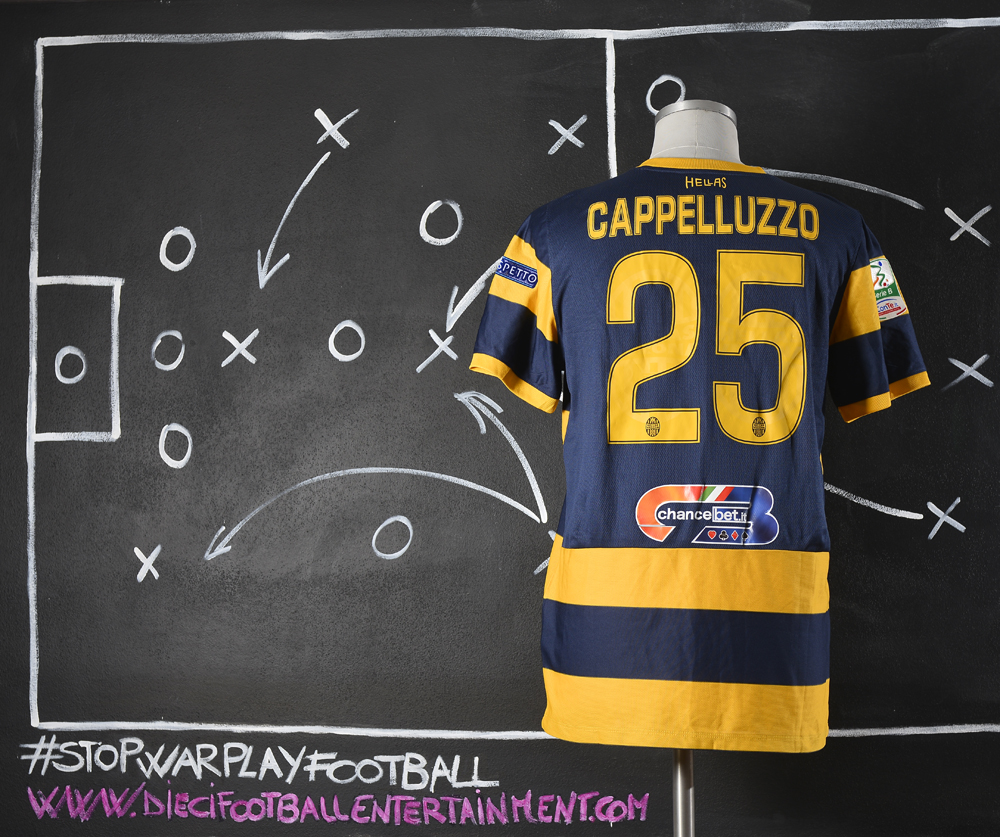 The 2016–17 season was Hellas Verona Football Club’s first season back in Serie B following the club’s relegation at the end of the 2015–16 season. Verona earned promotion back to the top-flight after finishing second in the 2016–17 Serie B. 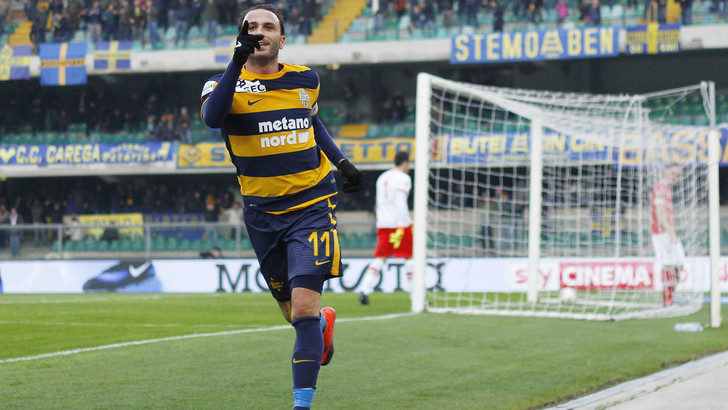 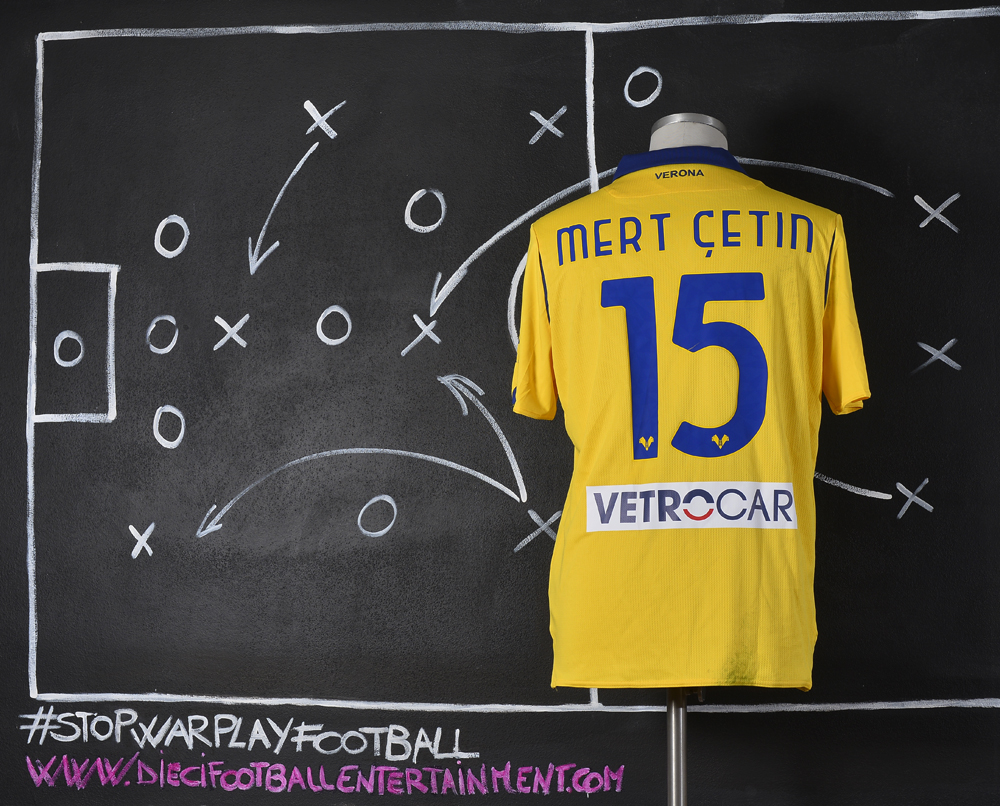 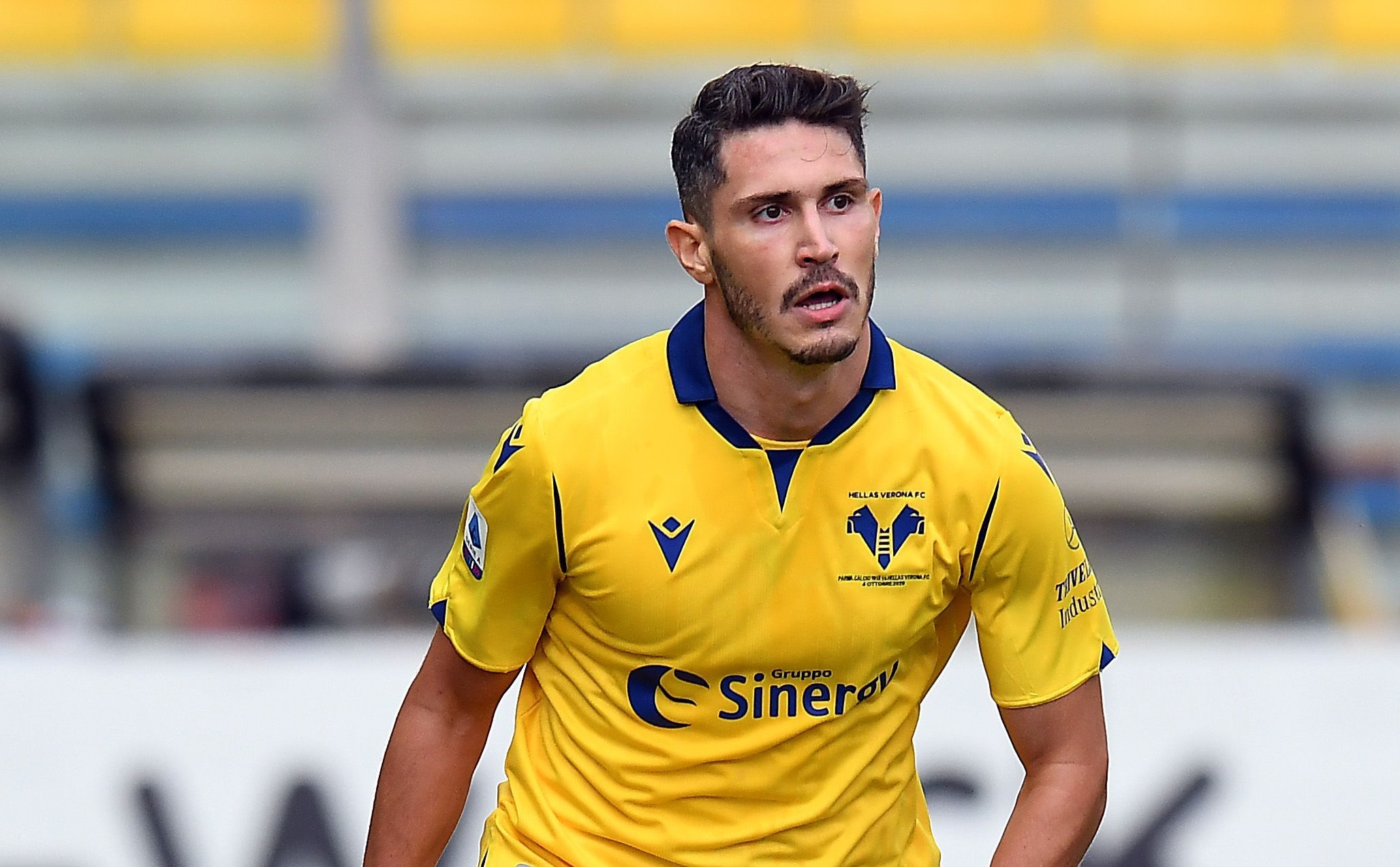 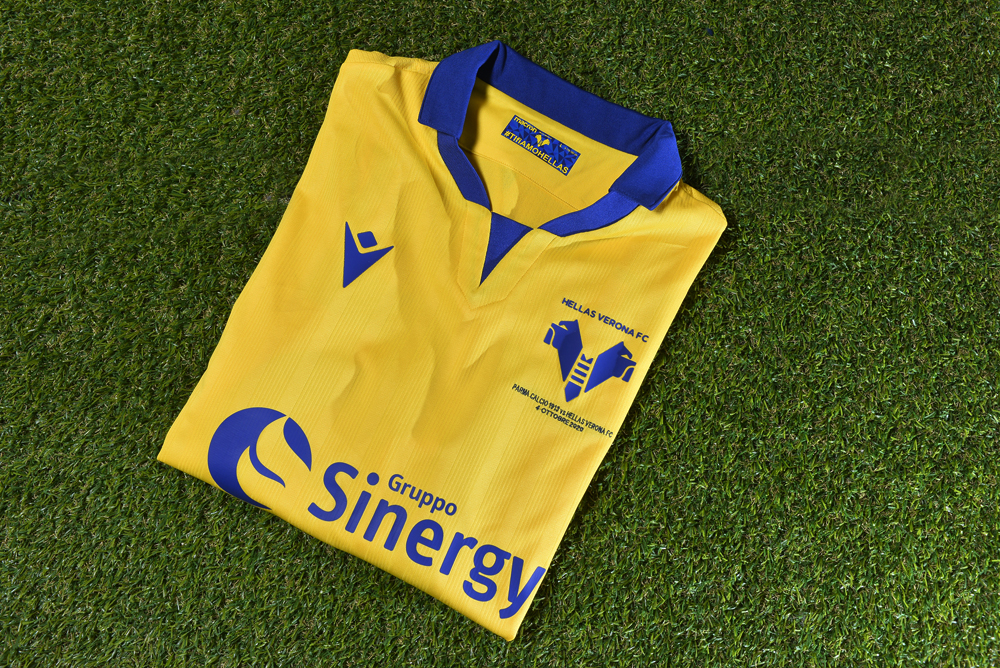 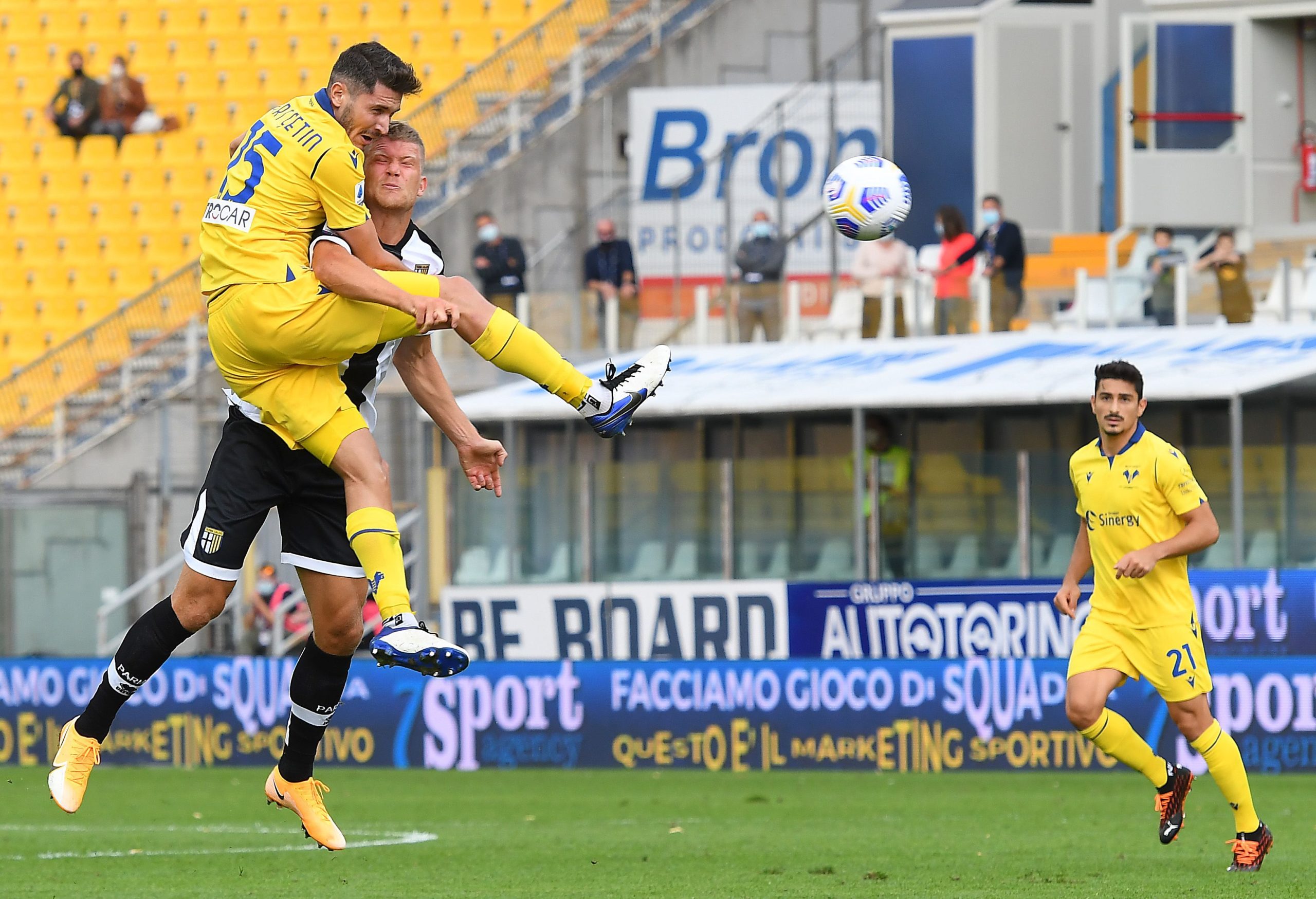 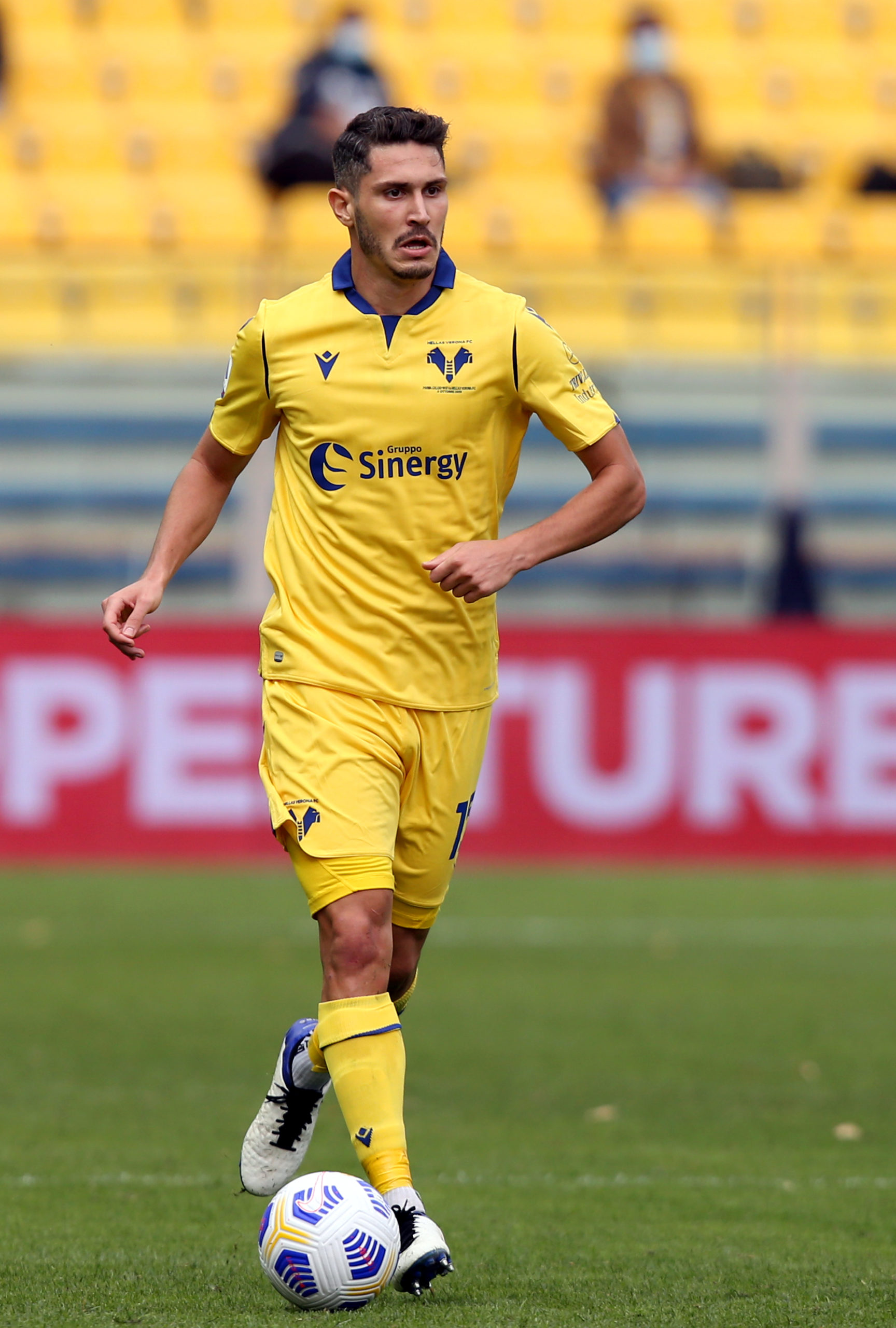 This shirt was worn by Mert Çetin during the Serie A game between Parma and Verona which took place in Parma, “Ennio Tardini” STadium, on October 4th 2020. Parma defeated Verona 1-0 and at the end of the game Mert Çetin swapped his shirt with a Parma’s player whom we got it from. Mert Çetin joined Italian Serie A club Roma on August 16th 2019 and just after one season and six games played he joined Verona on loan on August 25th 2020. 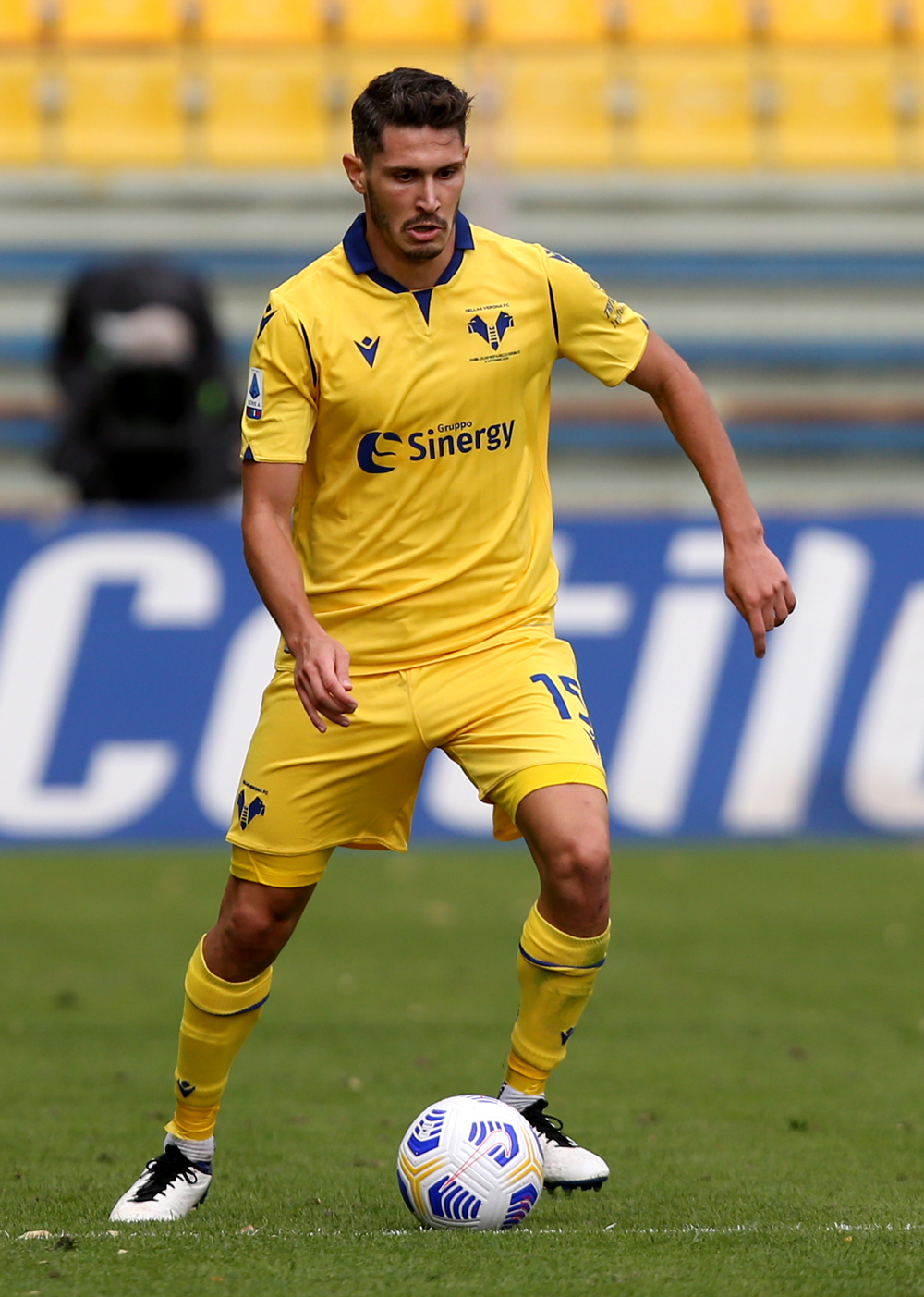 In the season 2020-2021 Hellas Verona became the first team ever in the Serie A’s history to play with match details embroidered on chest. While this is something pretty common for National teams and for special games, this is the first time that match details show up on team’s shirts during all Serie A’s games.

Grosso Grosso2022-12-27T18:50:29+00:00
Page load link
This site uses cookie technology, including third parties' ones. If you want to know more click here. If you access any element of this site outside this banner, you consent to the use of cookies. Ok
<script type='text/javascript' src='https://www.10footballente