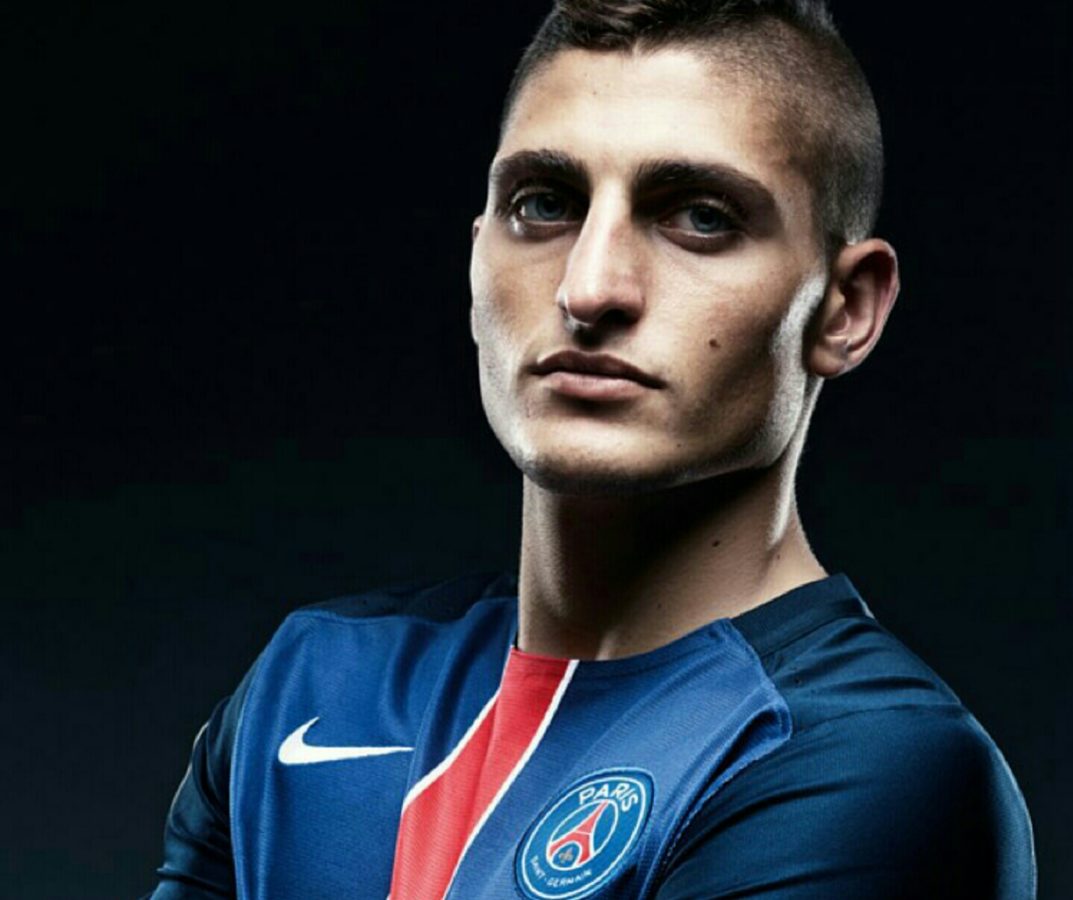 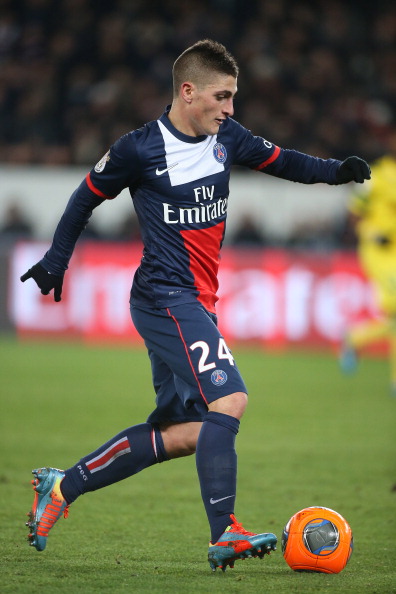 A quick, creative, agile, and technically gifted central midfield playmaker, with notable dribbling skills, quick reactions, and close ball control, Verratti is known for his confidence on the ball and ability to retain possession in tight spaces when under pressure, due to his low centre of gravity and resulting balance. His excellent vision and range of passing enable him to create chances for teammates with accurate long passes, or control the tempo of his team’s play in midfield through precise, short exchanges. Due to his attributes and playing style, Verratti has been compared to Italy legend Andrea Pirlo, in particular after making the same transition from trequartista to regista that the 2006 FIFA World Cup winner had also made earlier on in his career, although he has also been deployed in a new, more advanced role alongside Pirlo on occasion, as a false-attacking midfielder, in particular under Cesare Prandelli’s tenure with the Italy national team. Initially regarded as one of the most talented young players of his generation, Verratti quickly developed into one of the best playmaking midfielders in the world. In addition to his playmaking skills, he is also a hard-working, dynamic, and well-rounded midfielder, who is known for his aggression and defensive ability, in spite of his small physique and stature. 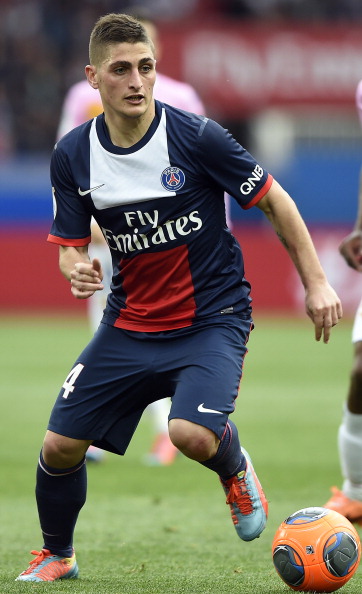 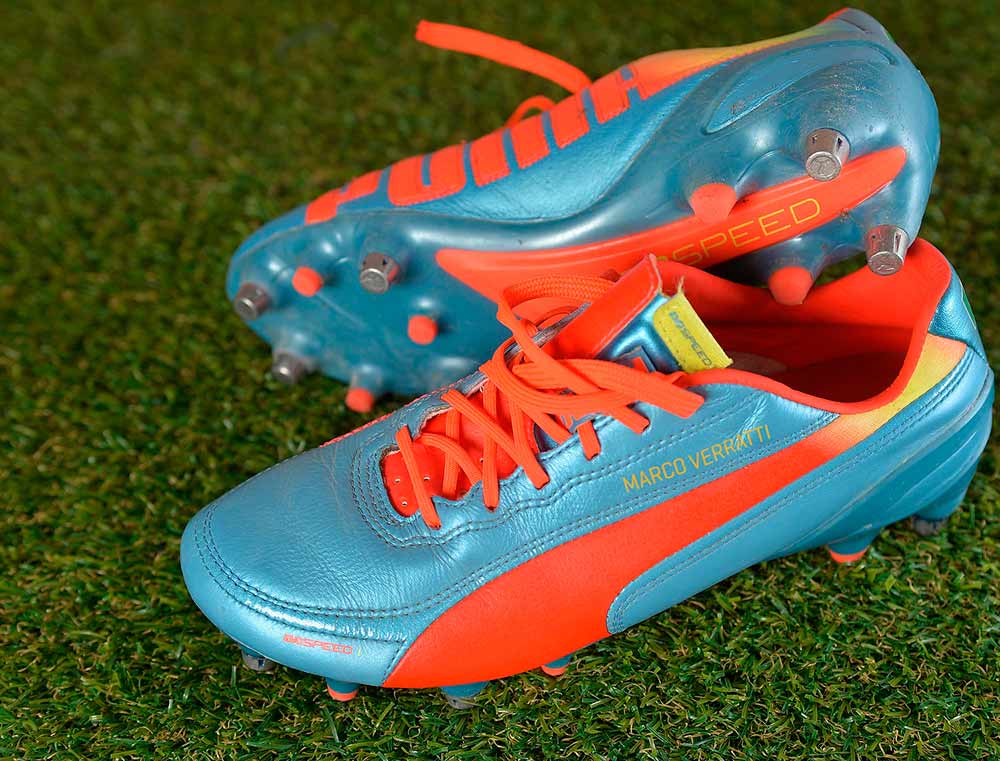 “He’s one of the best midfielders in the world, and plays a little bit in the same way as I tried to do with Barcelona and the national team. He likes having the ball. He also has perfect mastery over long and short passing, he can play the final ball, and he doesn’t lose the ball that easily. He’s really a very high-class player” Xavi Hernandez 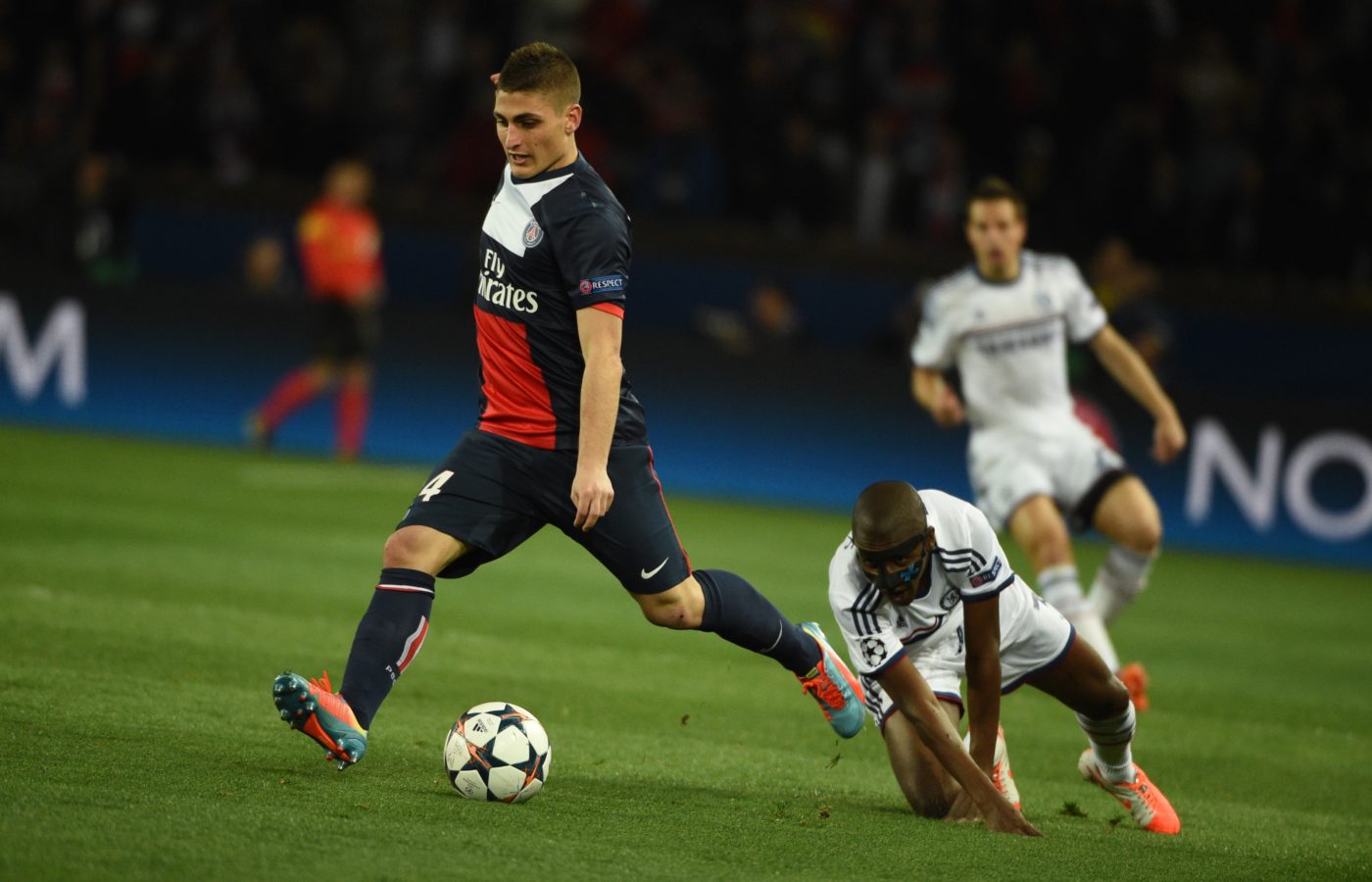 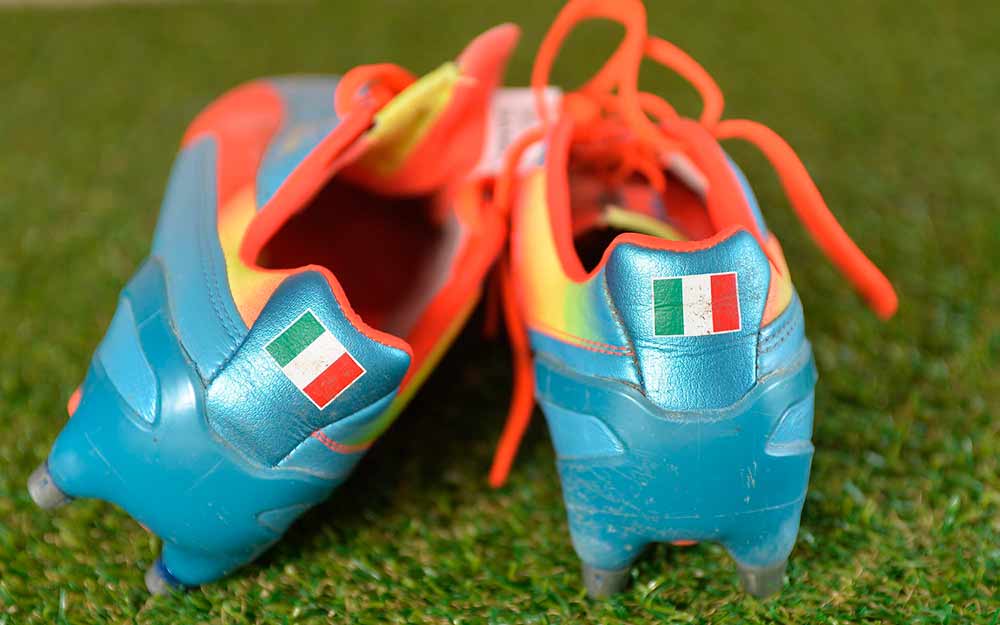 On 18 July 2012, Verratti signed a five-year contract with Paris Saint-Germain in Ligue 1. On 2 September 2012, Verratti made his competitive debut for PSG in an away Ligue 1 match against Lille. Twelve days later, he assisted Javier Pastore’s opening goal in his first competitive appearance at the Parc des Princes, a 2–0 Ligue 1 defeat of Toulouse. On 18 September 2012, he made his UEFA Champions League debut in a 4–1 Group A defeat of Dynamo Kyiv. He ended his first season in the French capital by winning the 2012–13 Ligue 1 title. On 20 August 2013, Verratti signed a one-year extension to his contract with PSG, keeping him at the club until 2018. Verratti’s second season with PSG was even more successful than the first as the team retained its Ligue 1 title and won the Coupe de la Ligue and the 2013 Trophée des Champions. Verratti was named as the Ligue 1 Young Player of the Year and included in the Ligue 1 Team of the Year for 2013–14. On 30 September 2014, Verratti scored his first competitive goal for PSG, a header in a 3–2 home win over Barcelona in the group stage of the Champions League. On 18 January 2015, Verratti scored his first goal in Ligue 1, in a 4–2 home win over Evian.

Grosso Grosso2018-09-21T10:26:29+00:00
Page load link
This site uses cookie technology, including third parties' ones. If you want to know more click here. If you access any element of this site outside this banner, you consent to the use of cookies. Ok
Go to Top