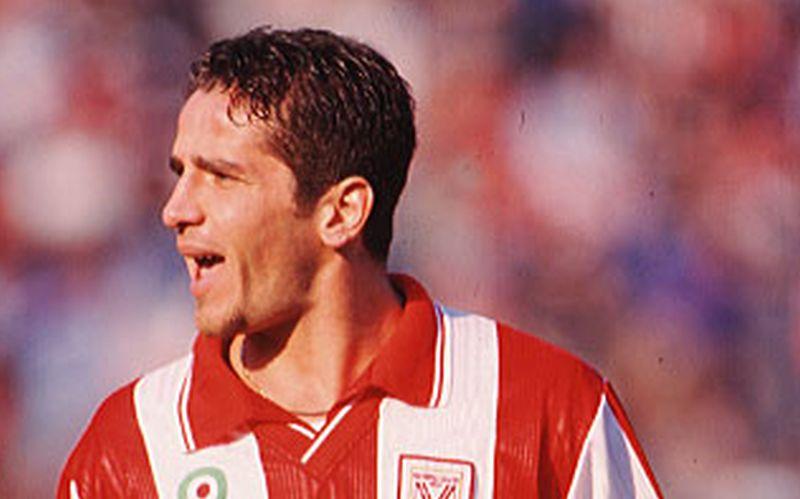 In 1996/1997 season, Vicenza had its best season for a long time, winning the Coppa Italia following a victory over Napoli in the final. Alessandro Iannuzzi was one of the Final’s scorer. This win allowed the team to play the UEFA Cup Winners’Cup together with the Serie A and Coppa Italia. Vicenza reached the semi-finals of the Cup Winners’Cup being eliminated by Chelsea F.C. In Serie A the team only avoided relegation by one point. 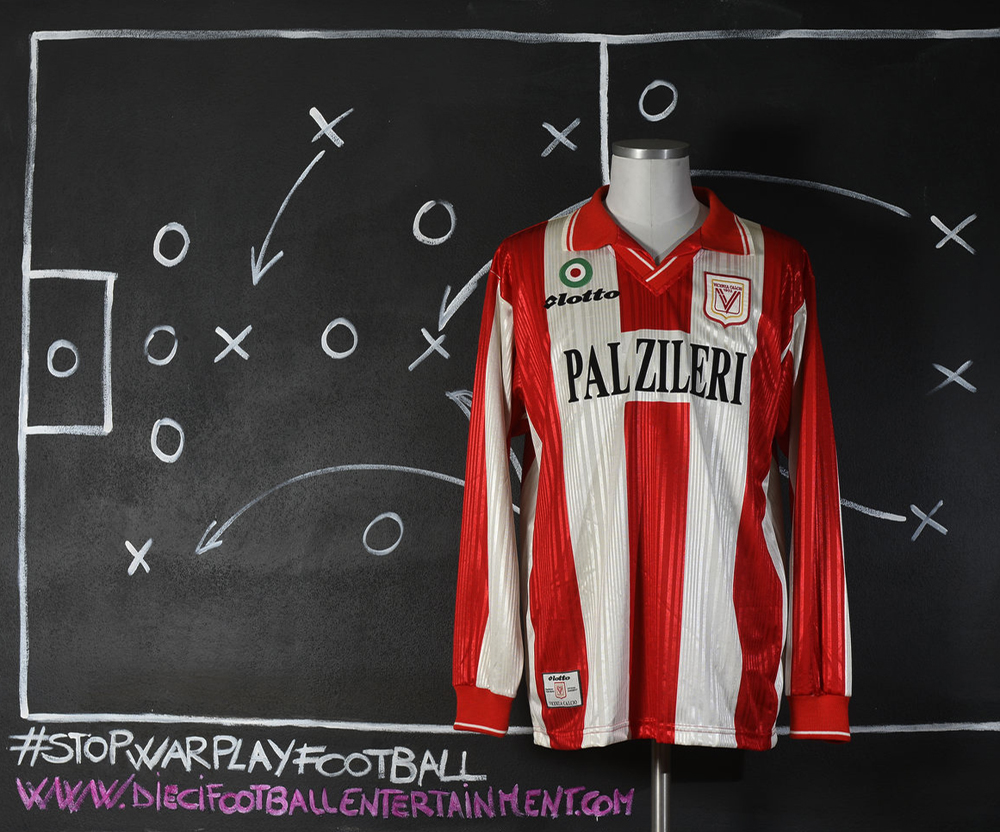 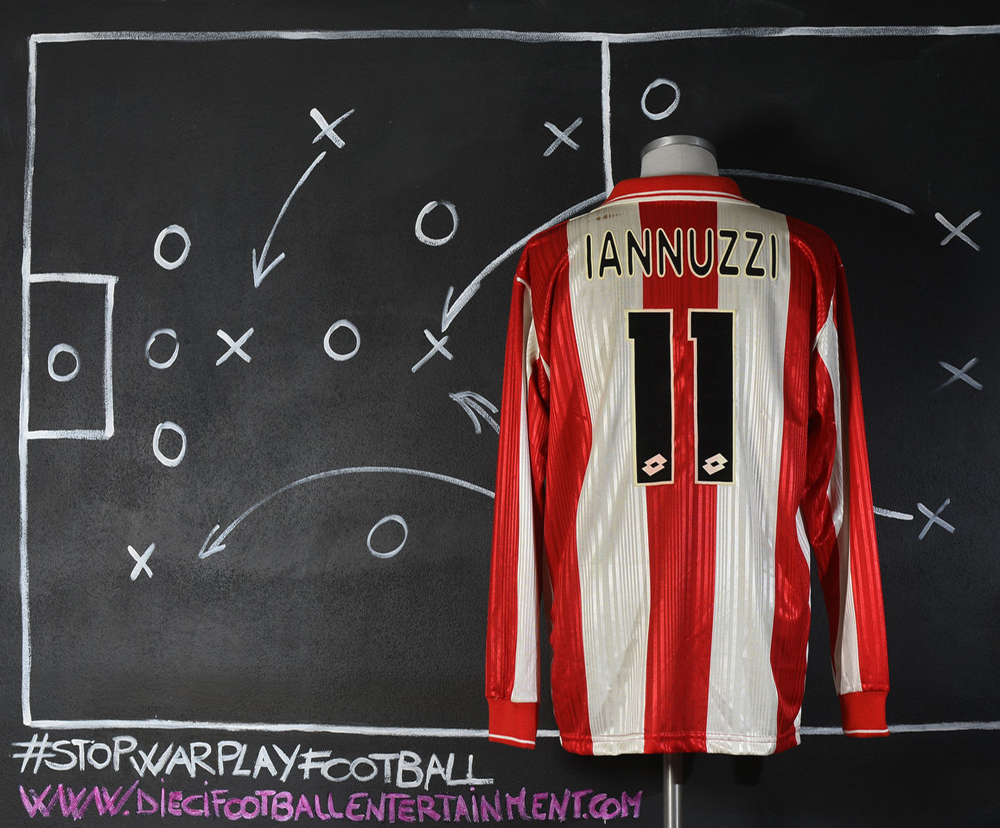 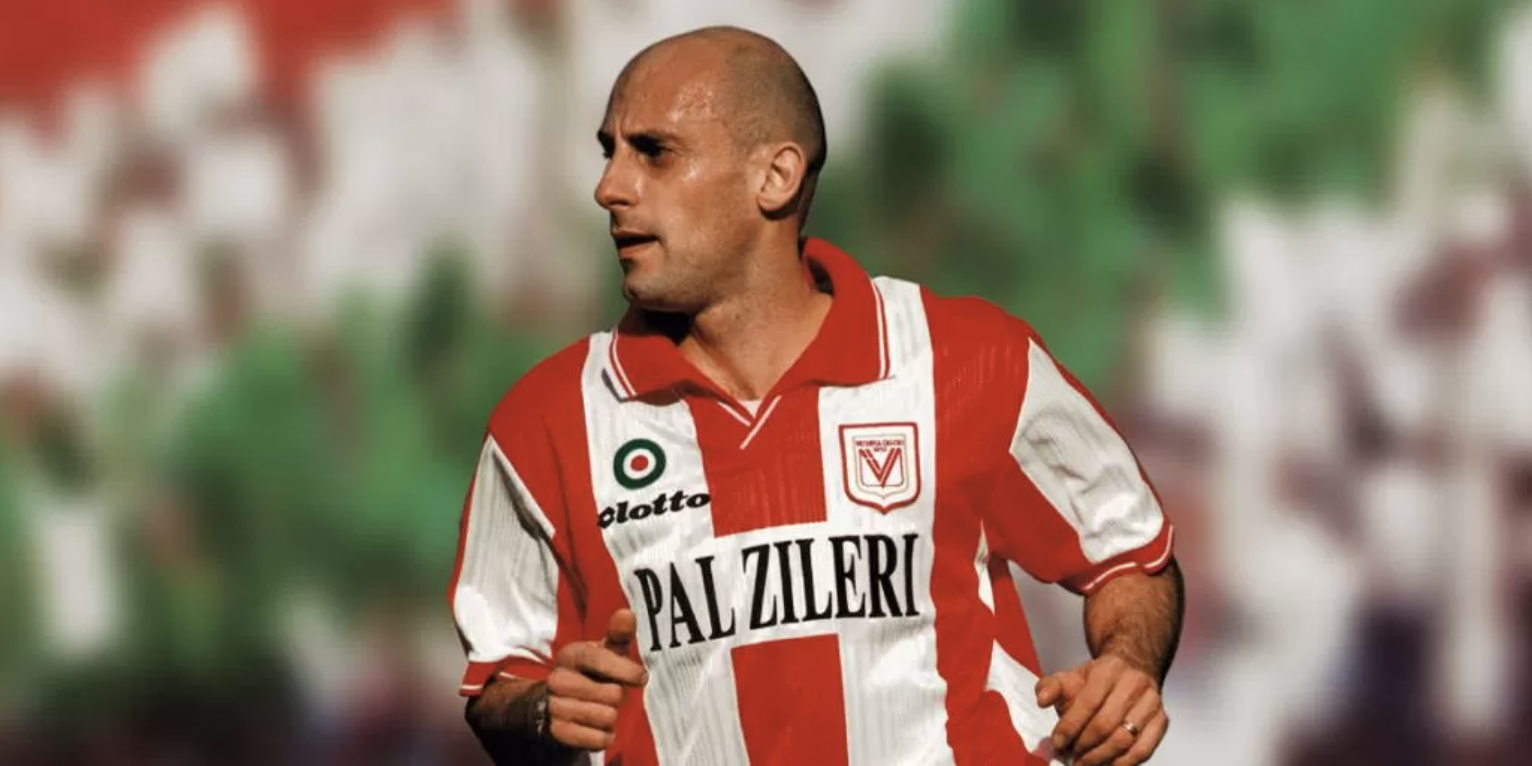 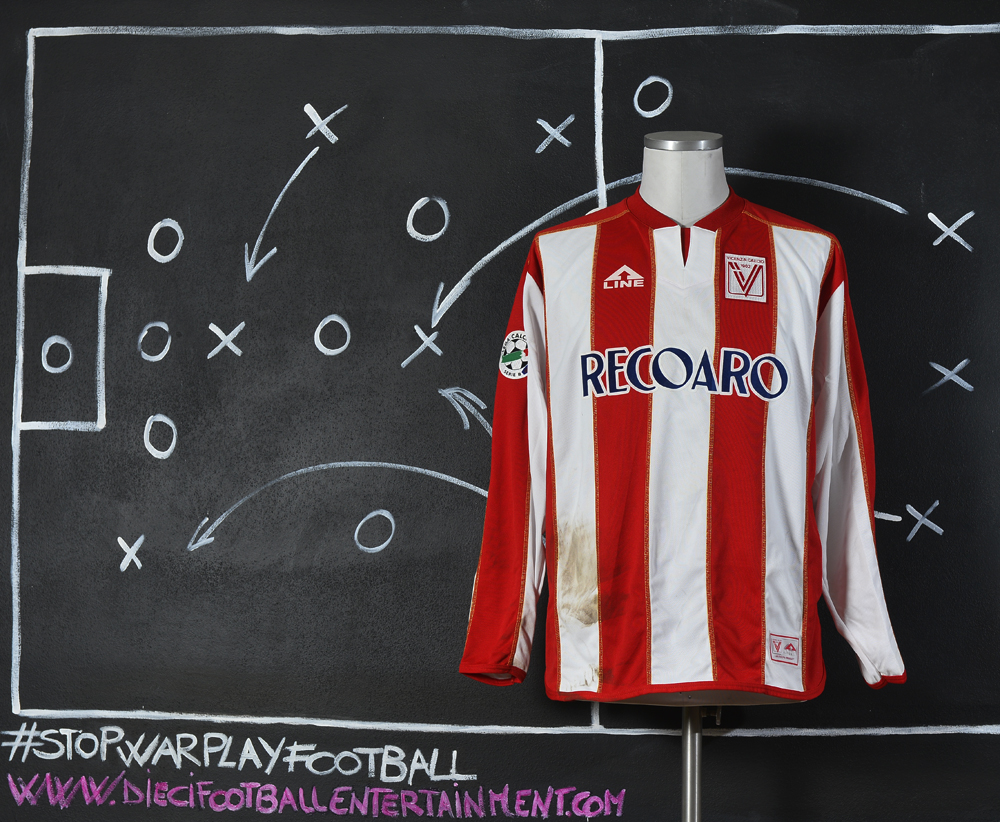 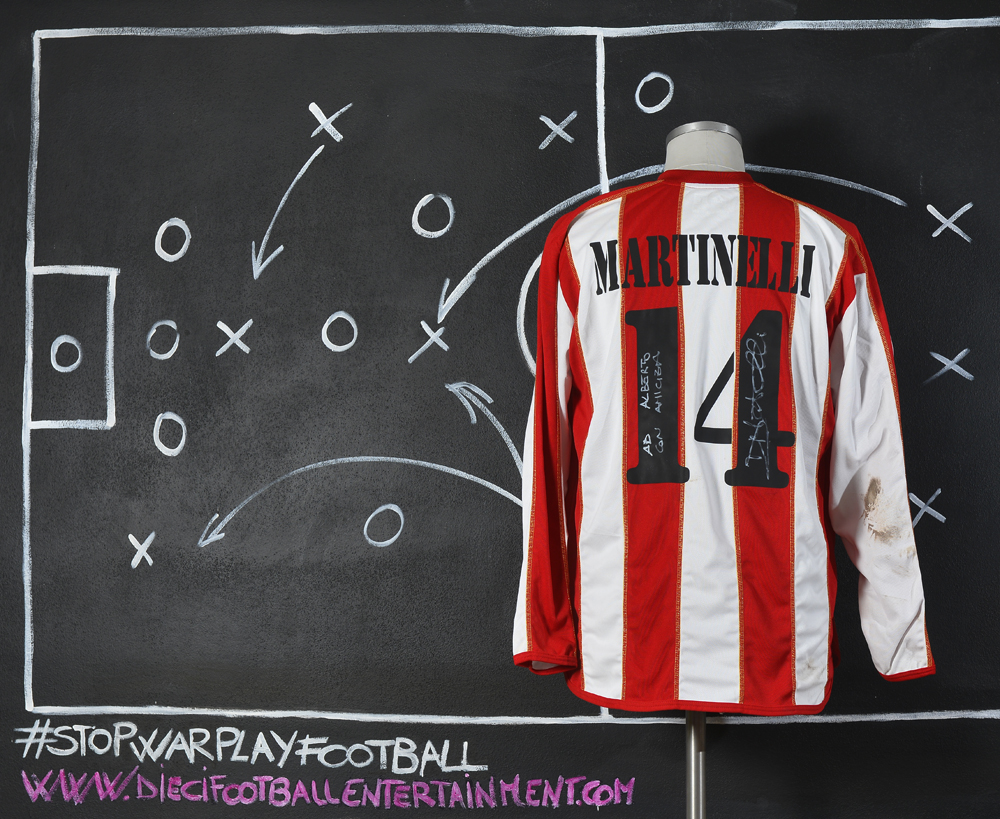 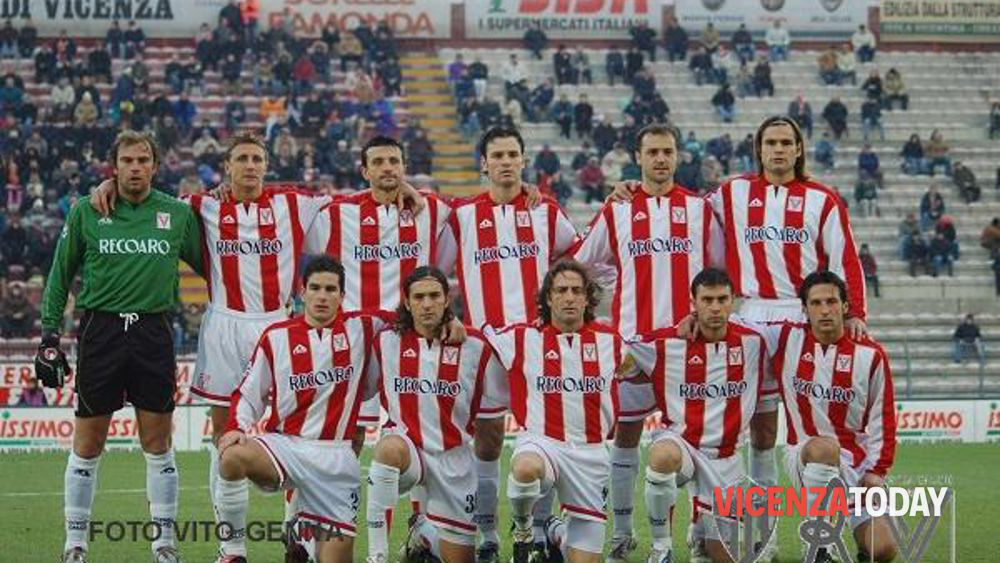 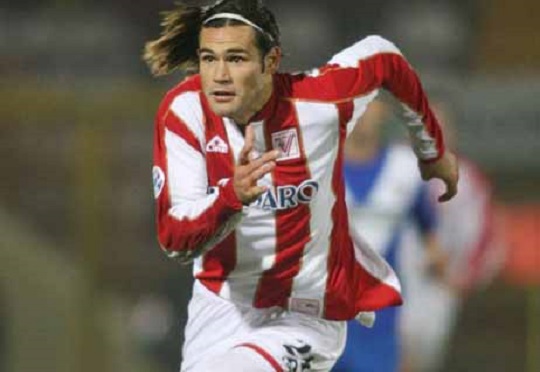 This shirt was worn by Daniele Martinelli during a Serie B game of the season 2005/2006. Martinelli signed for Vicenza in the summer of 2005. He played in Vicenza for nine seasons playing 252 games and scoring six goals. He has been also team’s captain for many seasons. 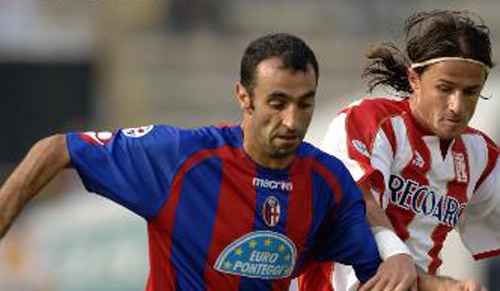 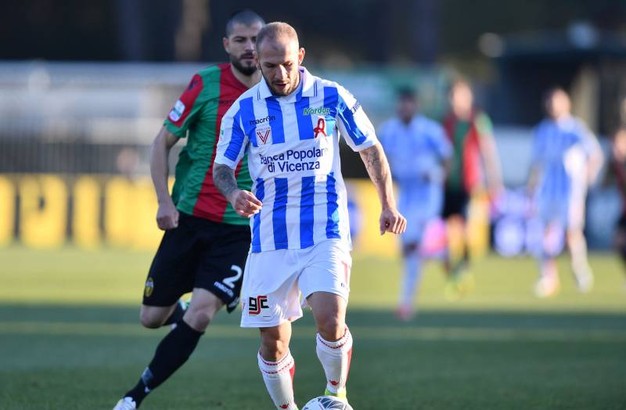 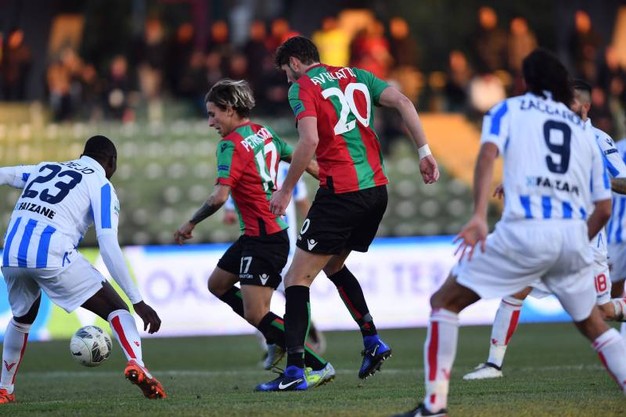 This shirt was specially made to celebrate the longest Italian football fan’s friendship between Pescara Calcio’s fans and Vicenza Calcio’s fans dated 1977. To celebrate the 40th anniversary of this friendship the two teams decided to swap their usual shirt’s colors. Pescara Calcio played the Serie A’s game against Fiorentina with usual Vicenza’s red and white shirt and Vicenza played the Serie B game against Ternana with usual Pescara’s white and sky blue shirt. They also played against a friendly pre season game  with these style of shirt during the “Memorial Morosini 2016” but in that game Pescara Team played with no sponsor on chest and they both played without badges. So the only game played by Vicenza with official “Serie B” badges is the game against Ternana and it makes this shirt a real piece of history of Vicenza Calcio. 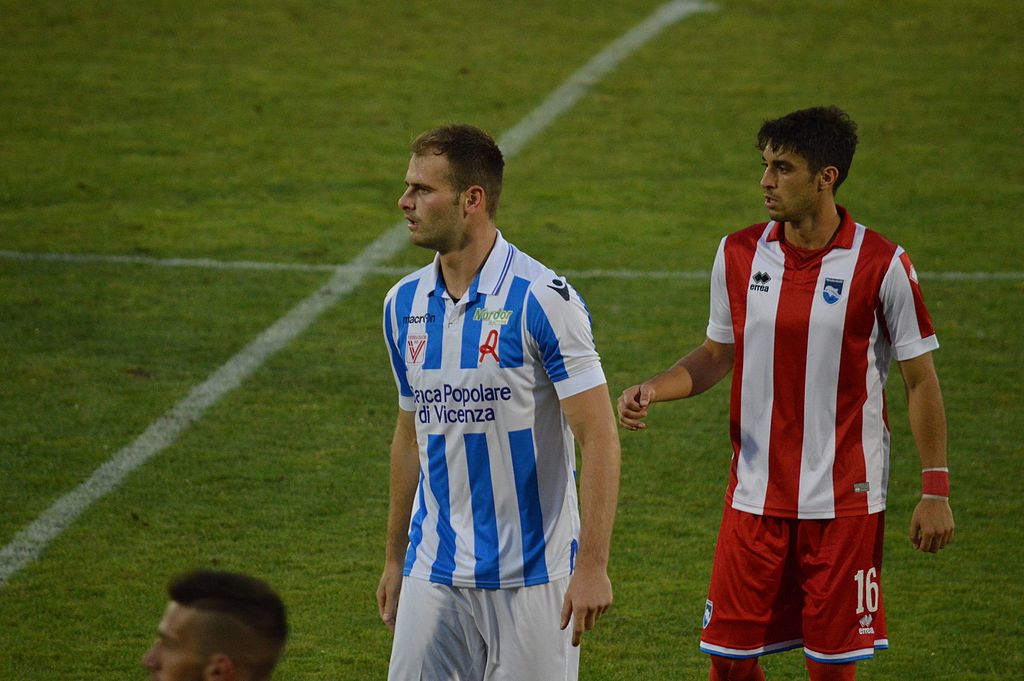 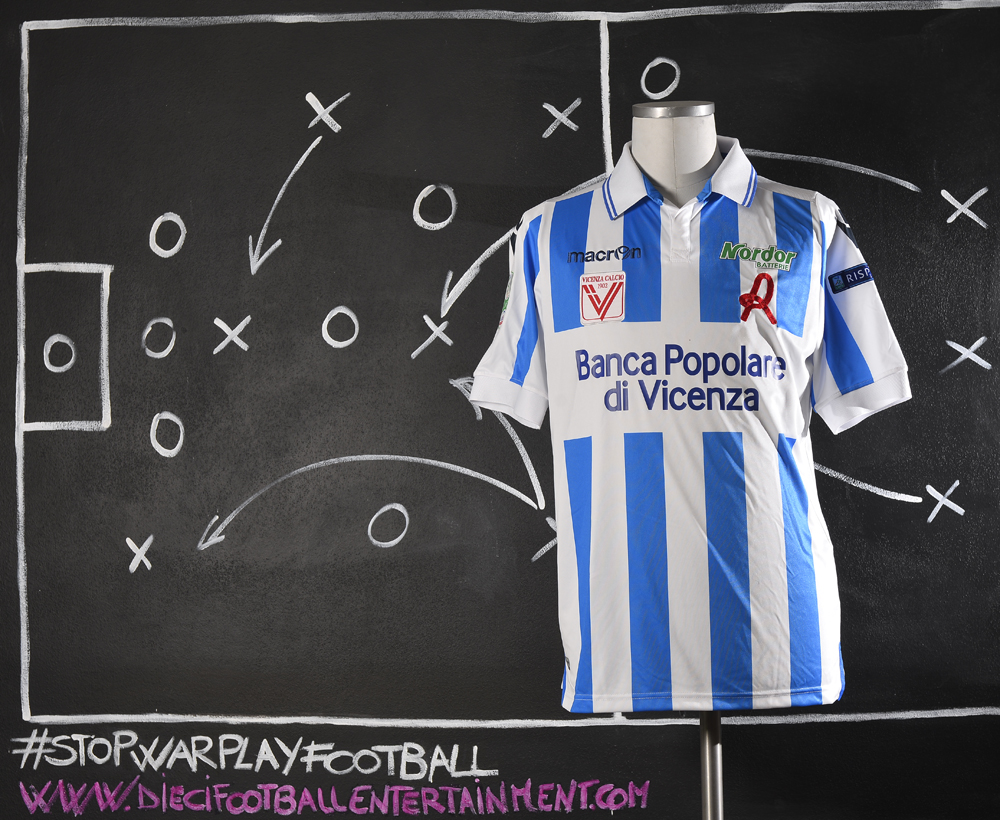 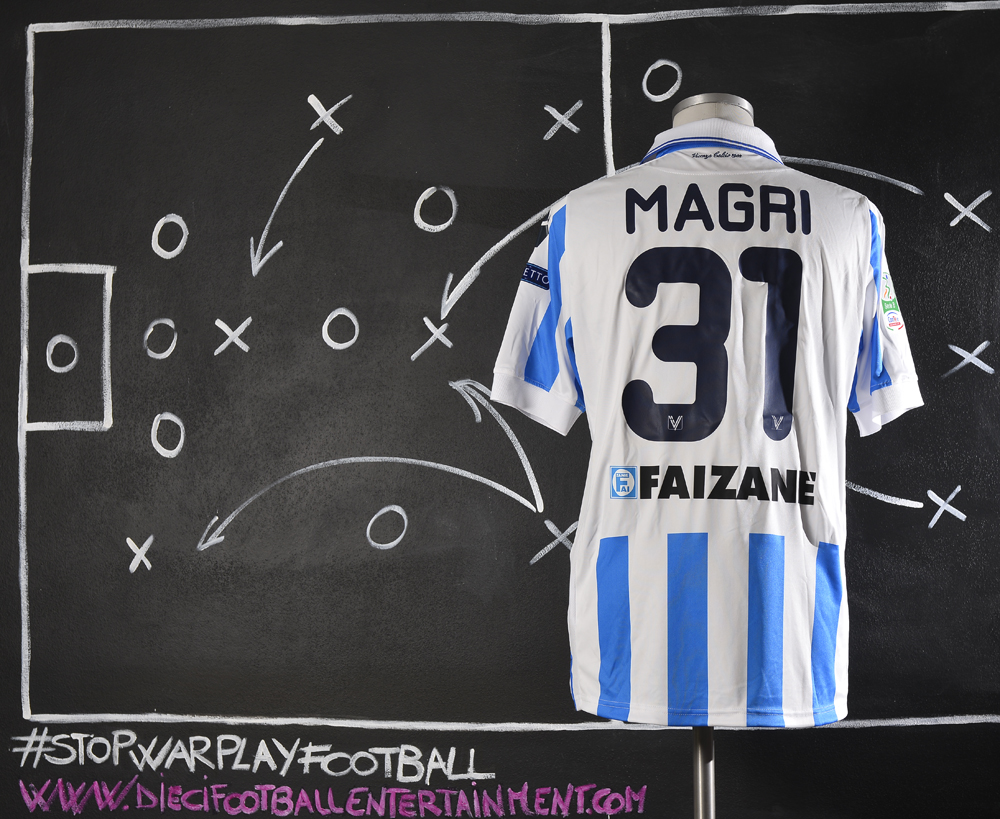 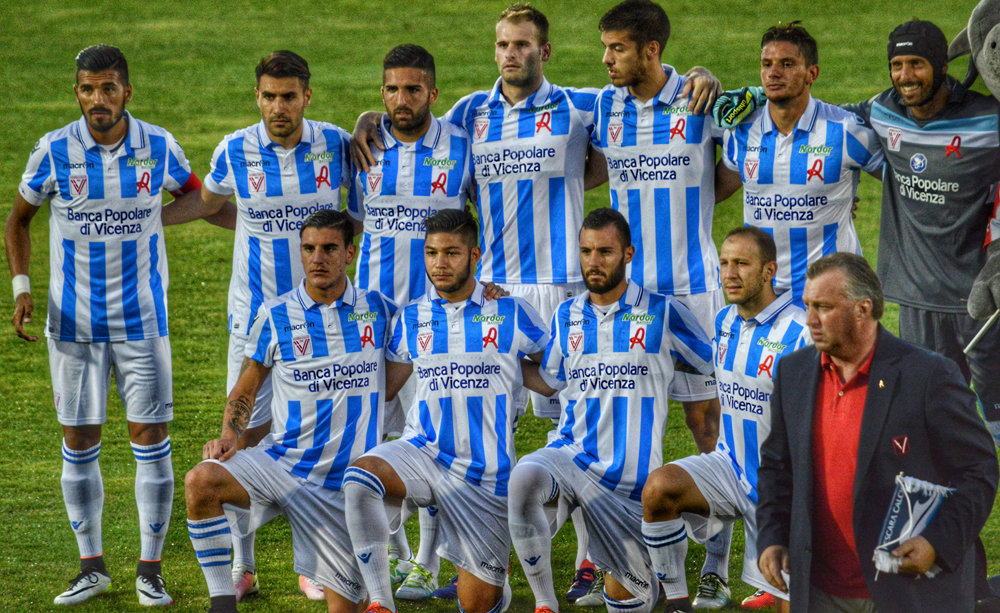 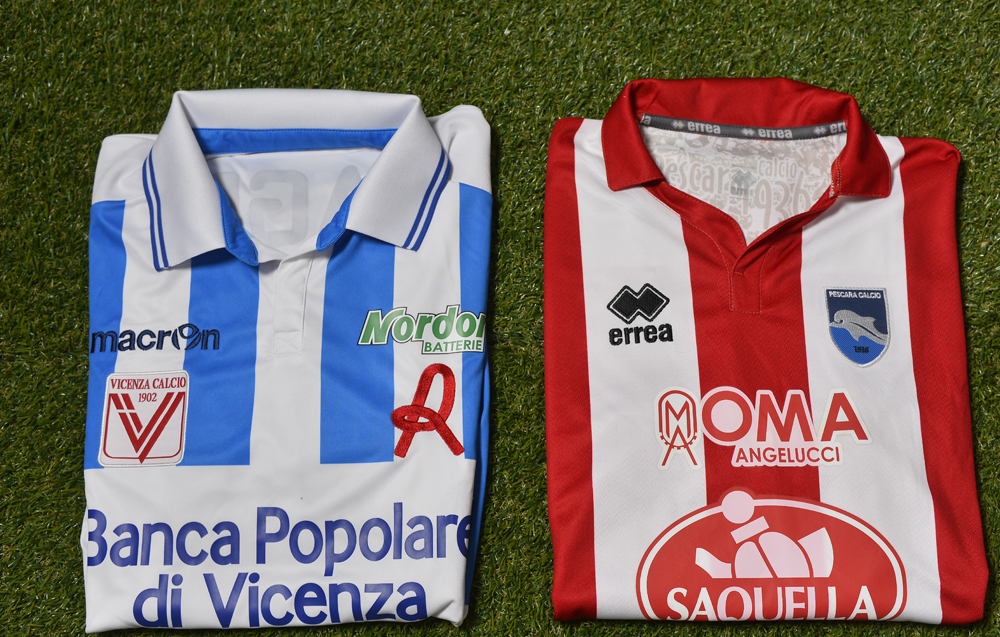 Grosso Grosso2021-01-14T11:28:50+00:00
Page load link
This site uses cookie technology, including third parties' ones. If you want to know more click here. If you access any element of this site outside this banner, you consent to the use of cookies. Ok
Go to Top