Patrick Vieira is a French professional football head coach and former player. Considered one of the best players of his generation, Vieira began his career at Cannes in 1994, where several standout performances in his debut season garnered him a move to Serie A club Milan a year later. His single season in Italy was marred due to limited playing time, and he featured mainly for the reserve team. This allowed him to relocate to England, in order to join countryman Arsène Wenger at Arsenal, for a fee of £3.5 million in 1996. During his nine-year stint in the Premier League, Vieira established himself as a dominating box-to-box midfielder, noted for his aggressive and highly competitive style of play, an attitude that also helped him excel as captain of the club from 2002 until his departure in 2005. He was named in the Premier League PFA Team of the Year for six consecutive years from 1999 to 2004. He helped Arsenal achieve a sustained period of success during his time at the club, where he lifted three FA Cups and three league titles, including one unbeaten. He then returned to Italy, playing for Juventus, but quickly departed after the club sustained relegation for their part in a match-fixing scandal. He then signed for Inter Milan, where he consecutively won four league titles, before featuring for Manchester City, where he won another FA Cup before retiring in 2011. Vieira featured at senior level for much of his international career, representing France over a period of 12 years, where he also spent some part as captain. He played in the final in his nation’s victorious campaign at the 1998 FIFA World Cup, and featured heavily as the team also won Euro 2000. Despite also playing a key role in the side that finished runners-up in the 2006 World Cup, Vieira was used sparingly by France in the latter stages of his career, and he retired from international competition in 2010, after amassing 107 appearances for the side. Following retirement, Vieira transitioned into coaching, where he took charge of the academy at Manchester City in 2013. He would depart two years later, after signing for sister club New York City. His arrival in Major League Soccer (MLS) saw the team adopt a free-flowing, attacking, press-based system, which gained him many plaudits, and garnered him a move back to his homeland to manage Ligue 1 club Nice in 2018, marking his first managerial role in Europe. 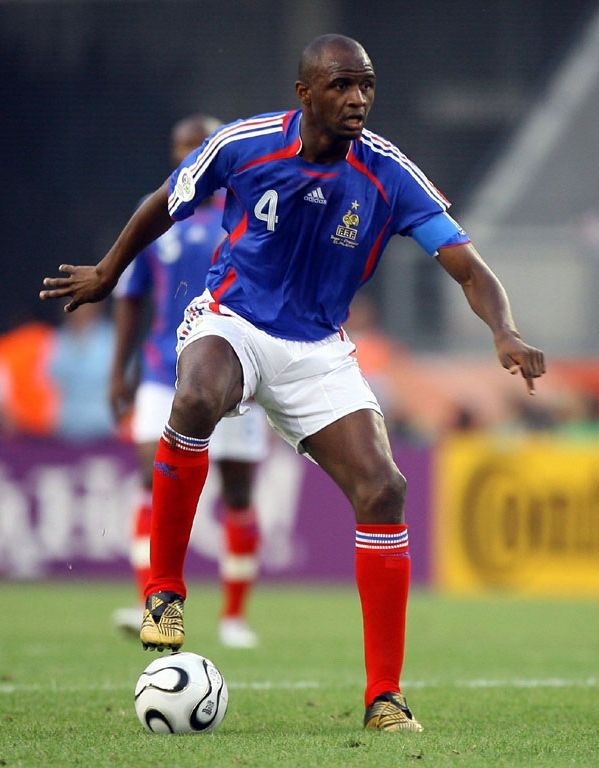 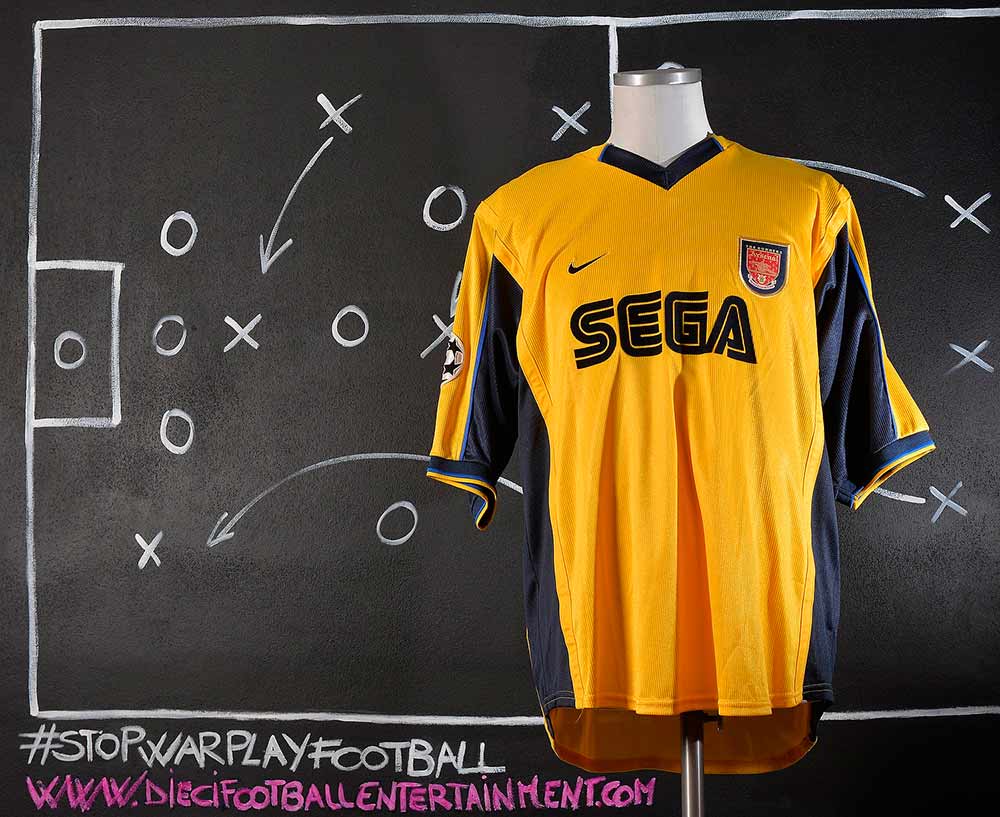 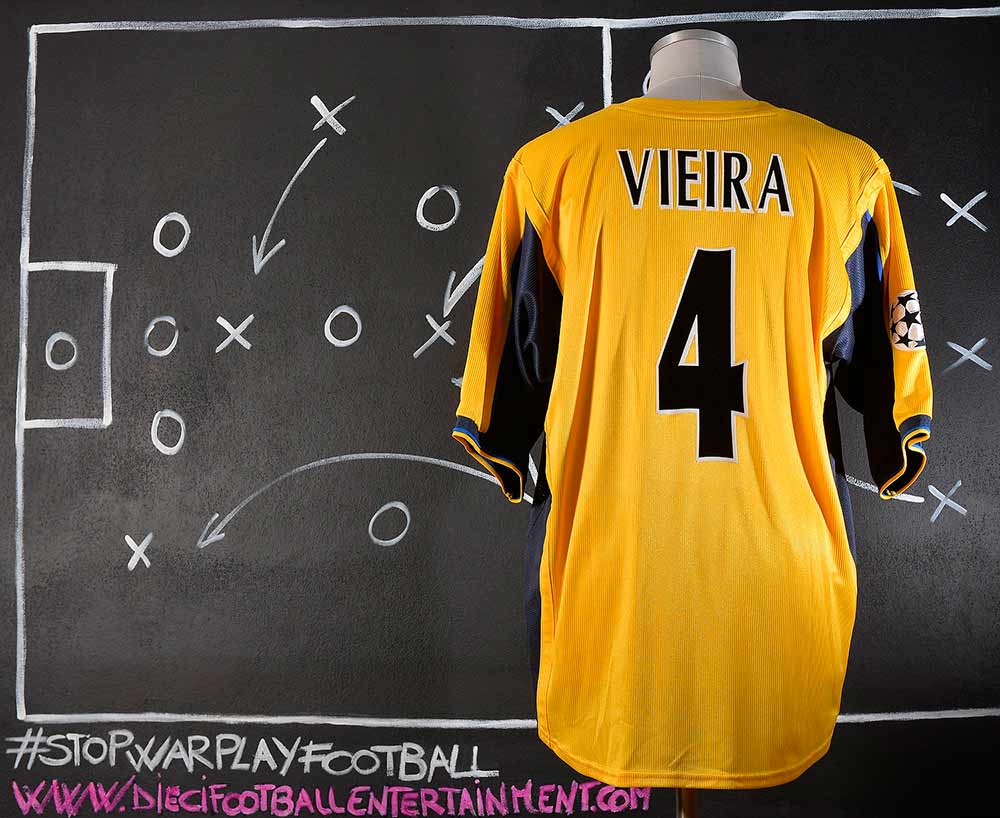 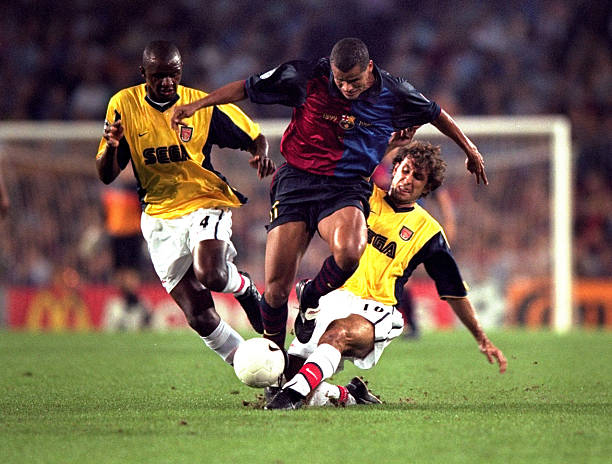 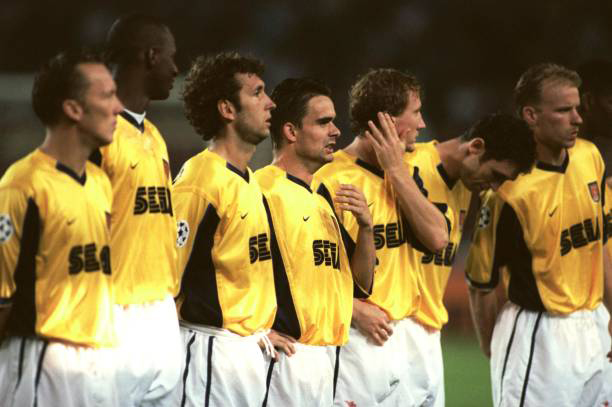 For the second consecutive season Arsenal failed to progress past the group stage of the UEFA Champions League; a third-place finish, however, earnt them a consolation place in the UEFA Cup. Arsenal eventually reached the final to play Galatasaray in Copenhagen – the match was overshadowed by altercations between both sets of supporters. Arsenal lost 4–1 on penalties after a goalless draw. 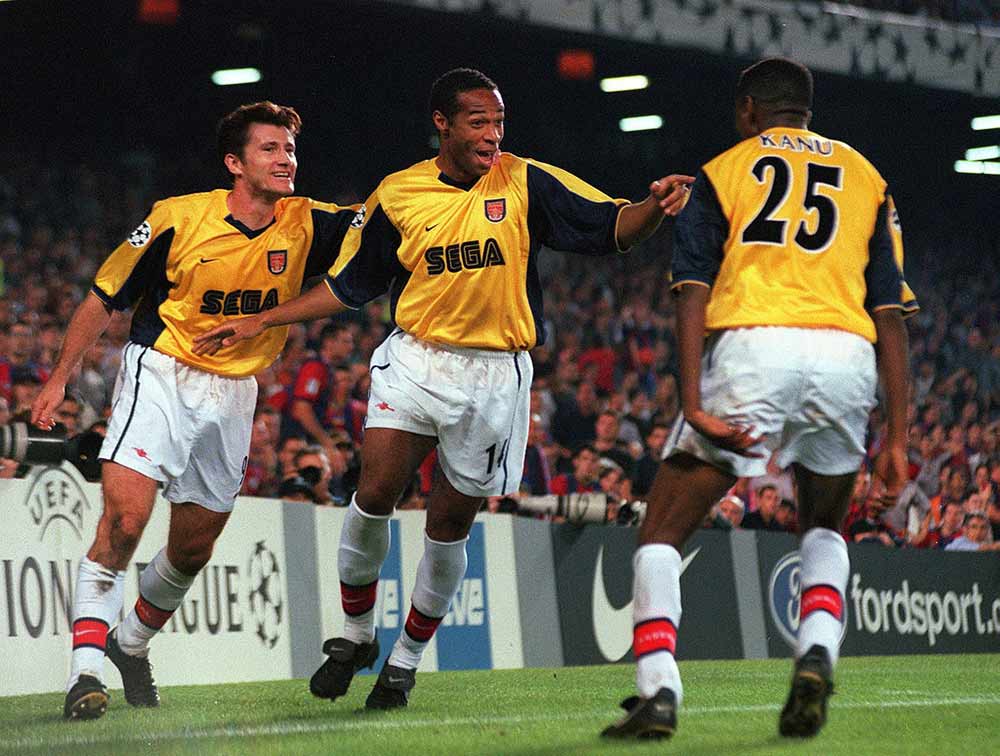 Vieira’s family moved from Senegal to Dreux, France, when he was eight, and he did not return to Senegal until 2003. His parents divorced when Vieira was young, and he never met his father again. His grandfather served in the French Army, making him eligible for French nationality at birth. His surname Vieira, which is Portuguese, is his mother’s maiden name, who is from Cape Verde. 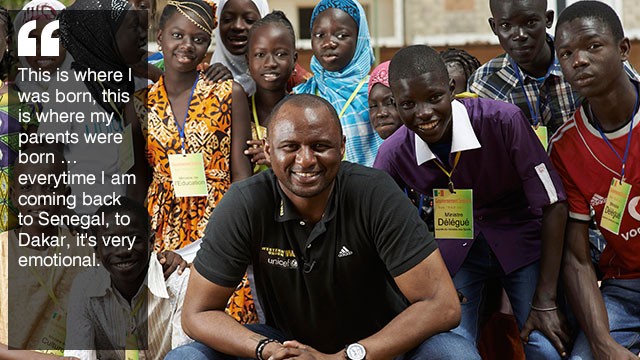 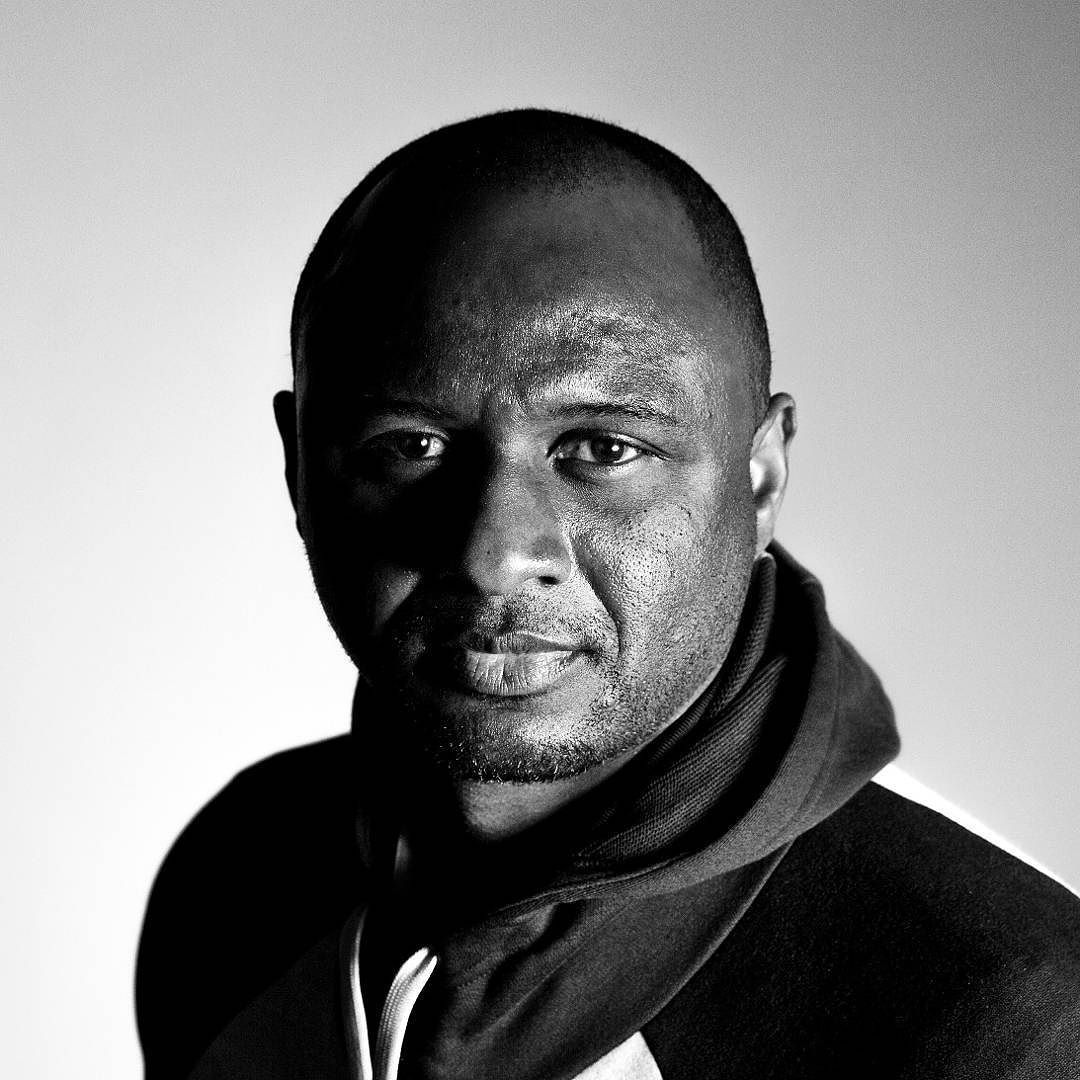 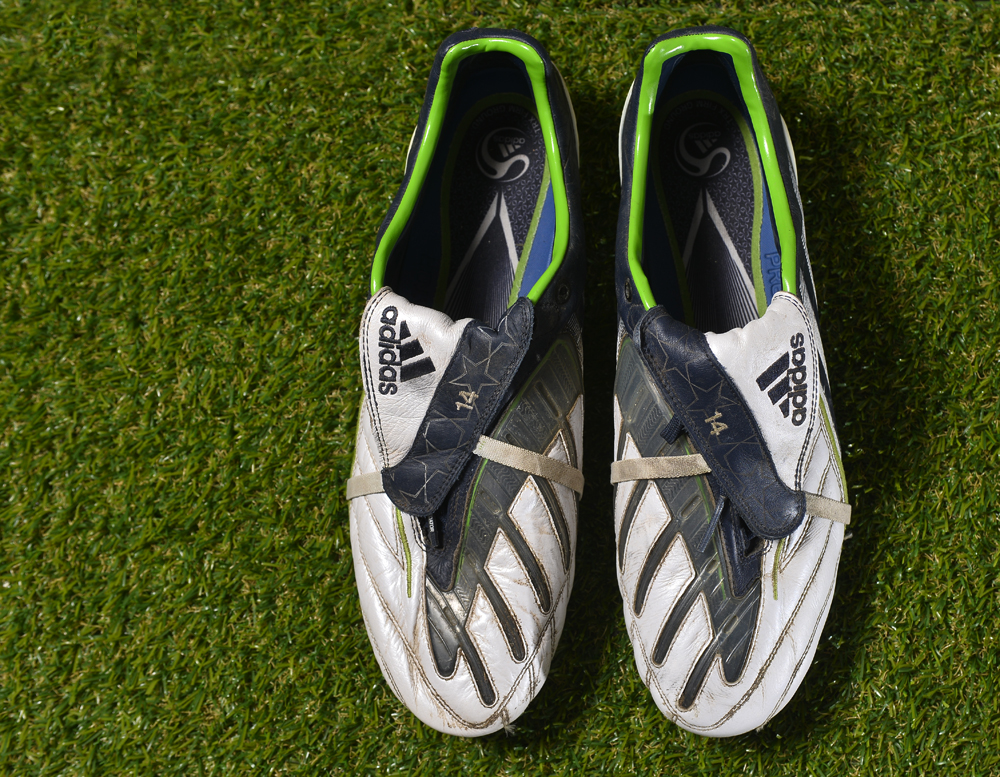 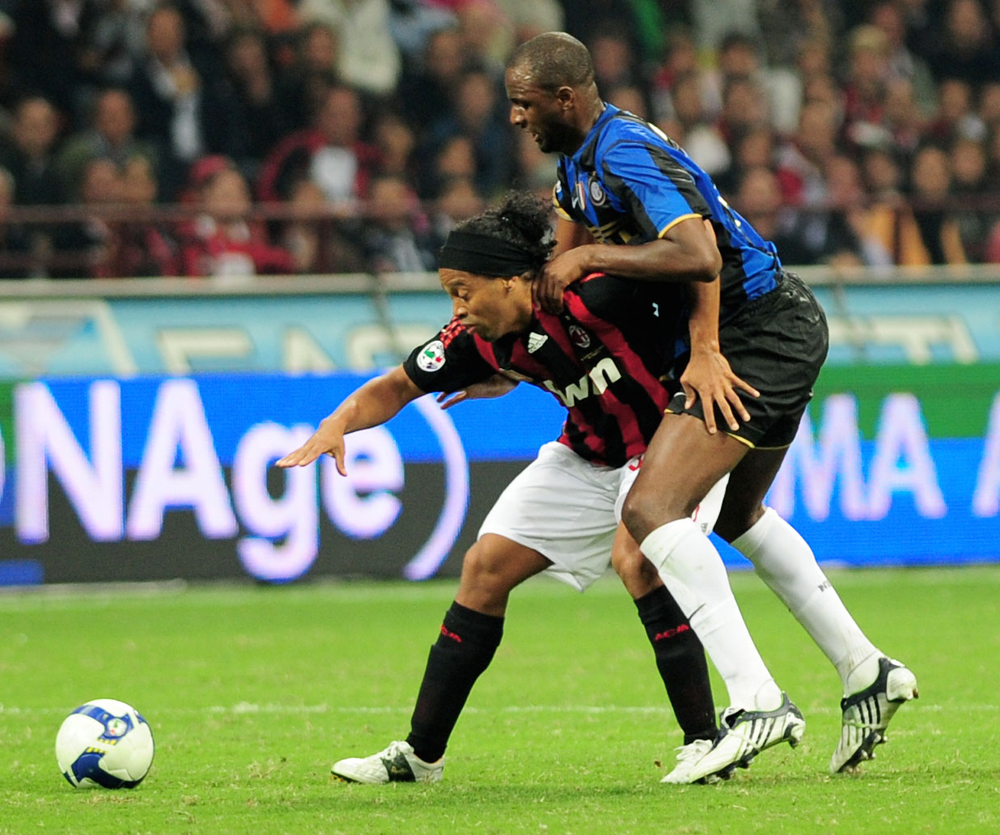 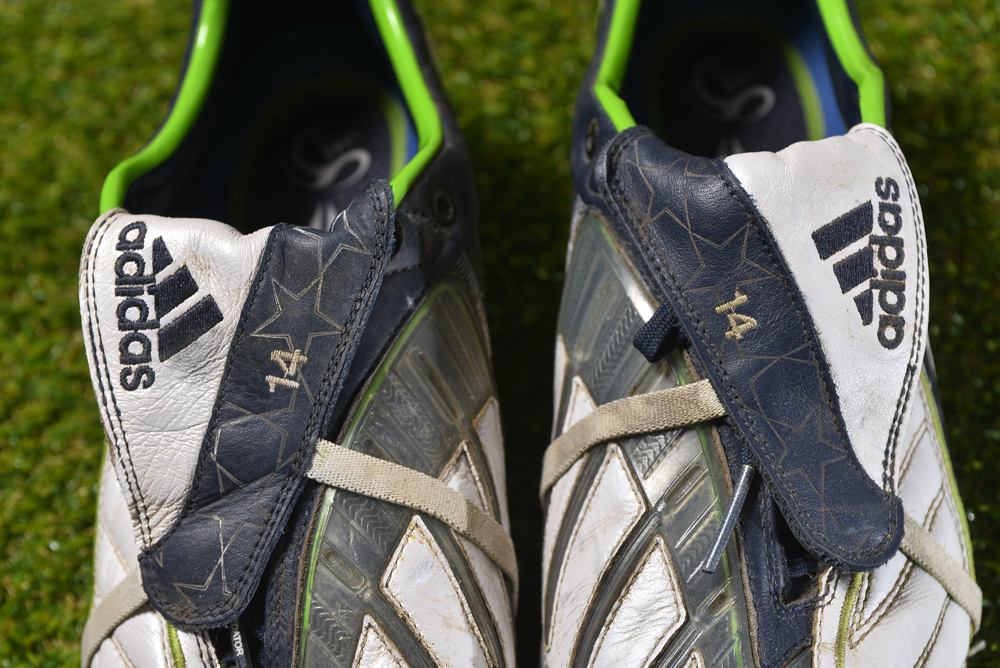 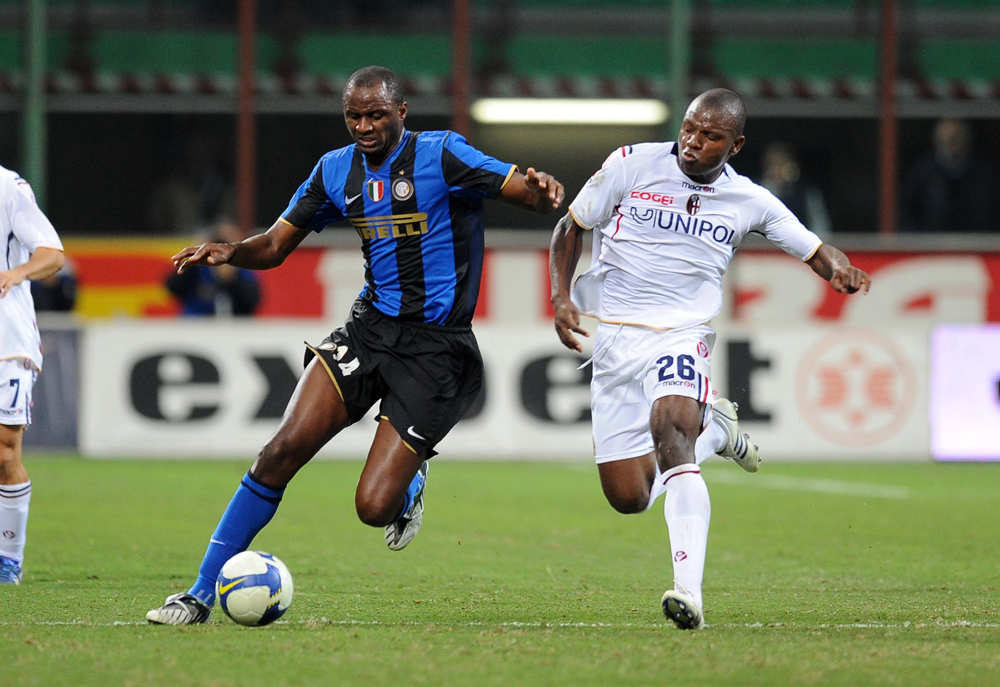 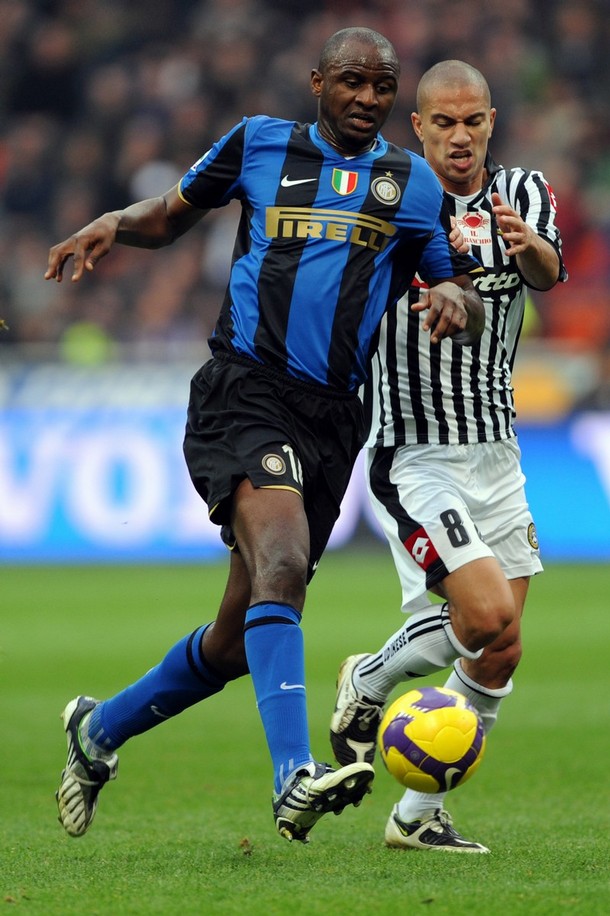 Juventus were stripped of their 2004–05 and 2005–06 titles after it was revealed they were involved in a match-fixing scandal. Juventus were relegated to Serie B and deducted 17 points by the Italian Football Federation (FIGC) for their involvement, prompting many of the club’s major stars to move elsewhere. After press speculation linking him to various clubs, including a move back to Arsenal, on 2 August 2006, Vieira officially signed a four-year deal with Inter Milan in a deal to be worth €9.5 million, less than half of the €20 million fee Juventus had paid just 12 months prior. Vieira declared he wanted to continue to play at the highest level at the presentation conference, which is his reason to leave Juve. On his Inter debut on 26 August, Vieira scored twice as the team won 4–3 against A.S. Roma in the 2006 Supercoppa Italiana at the San Siro. He later won the 2006–07, 2007–08, and 2008–09 Serie A titles. But due to injury, he failed to become a regular starter. Olivier Dacourt, initially a backup player, became manager Roberto Mancini’s first choice player in the 2006–07 season. After the club signed Sulley Muntari and Thiago Motta, Vieira became of lesser and lesser importance in the team. In response to extensive media speculation regarding a possible return by Vieira to his former club in 2009, Arsenal manager Arsène Wenger admitted that he would contemplate re-signing Vieira. The move never happened, however, and Vieira remained at Inter. On 6 January 2010, Vieira unusually played as starter against Chievo, which was his eighth league start of the season. Before the match commenced, Inter had lost Esteban Cambiasso and Muntari due to injury, with Dejan Stanković and Motta suspended. José Mourinho stated that Vieira had played his last game at Inter after the match. 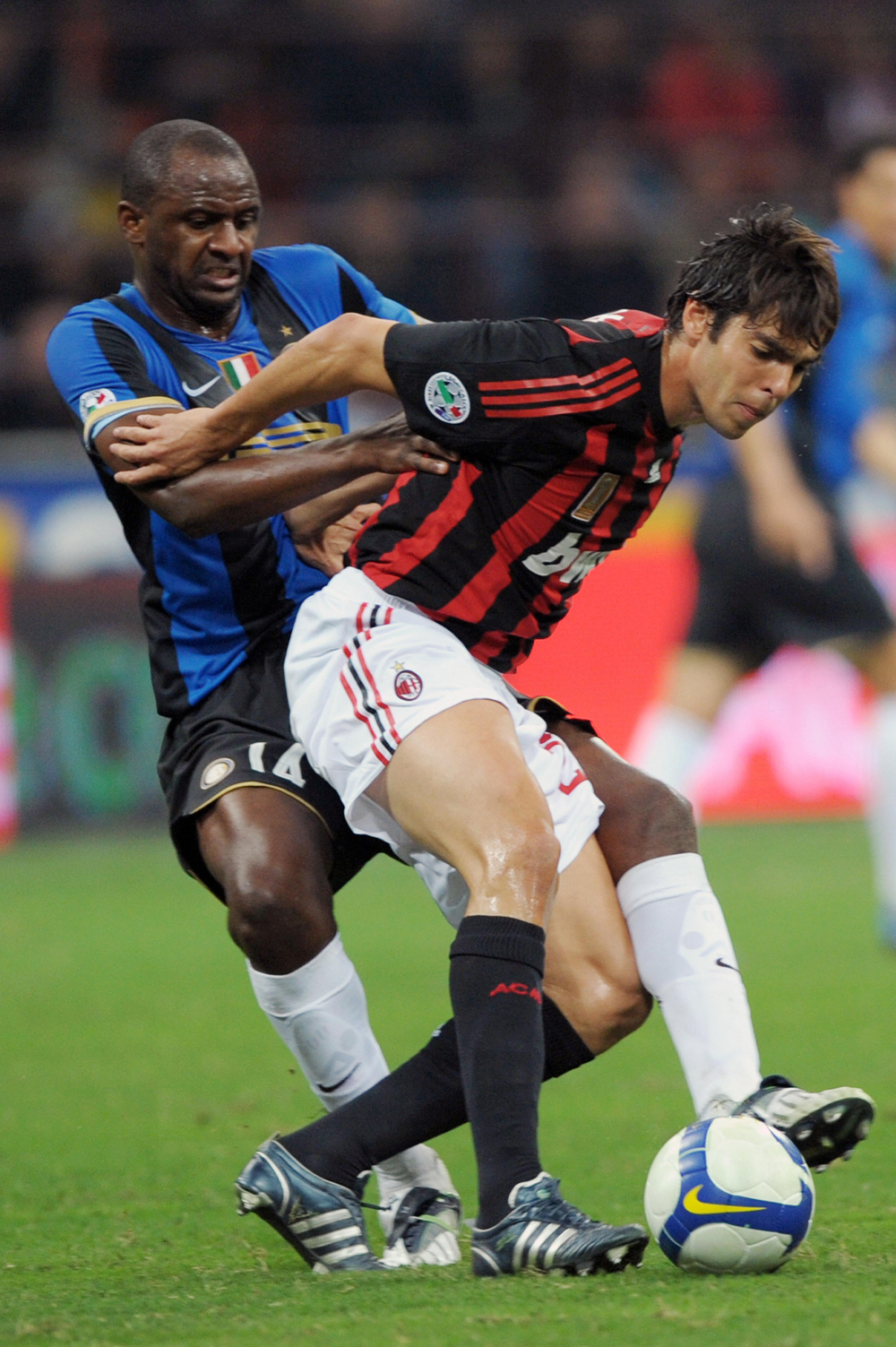 Grosso Grosso2020-10-21T09:36:12+00:00
Page load link
This site uses cookie technology, including third parties' ones. If you want to know more click here. If you access any element of this site outside this banner, you consent to the use of cookies. Ok
Go to Top