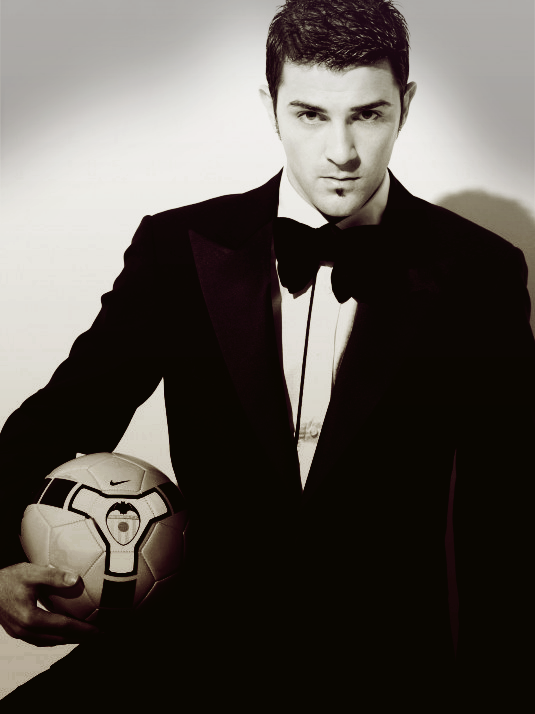 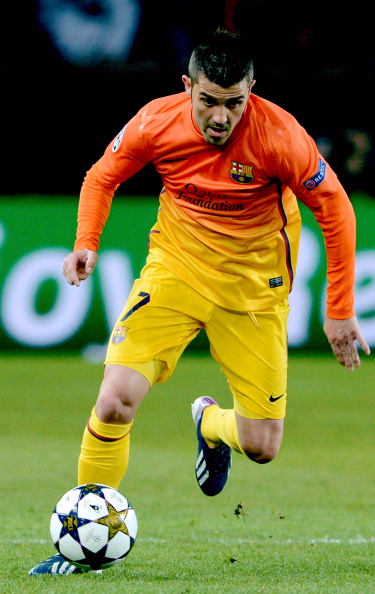 “Villa is not only there to finish plays. Villa is synonymous with depth. It means always being ready to open passing lanes, to draw defenders and thus freeing space for others” Cruyff Johan 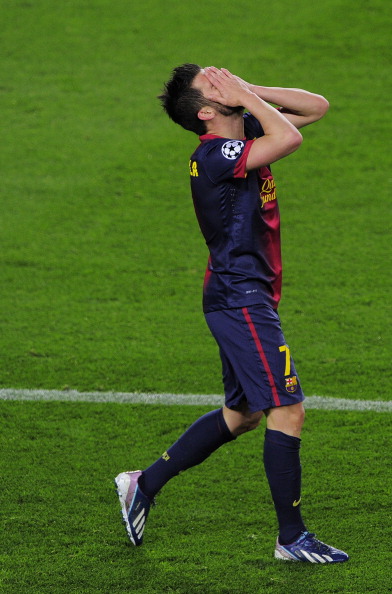 A prolific goalscorer, Villa is regarded by pundits as one of the best forwards of his generation, and one of the best Spanish strikers of all-time. An opportunistic, versatile and well-rounded player, Villa is naturally right-footed, but an accurate and powerful finisher with either foot, due to his ambidexterity, both inside and outside the area, despite his lack of height or physicality; he is also a set piece and penalty kick specialist. Villa is a quick, agile, and mobile team player, with excellent technique and dribbling skills, who is also known for his work-rate and intelligent offensive movement, as well as his ability to either create space for teammates or make attacking runs into the area. Due to his vision and passing ability, he is also capable of dropping deep to link up play with midfielders, and of creating chances and providing assists for teammates, which has allowed him to be deployed as a supporting forward, as an attacking midfielder or as a winger throughout his career, in addition to his more common role as a centre-forward. 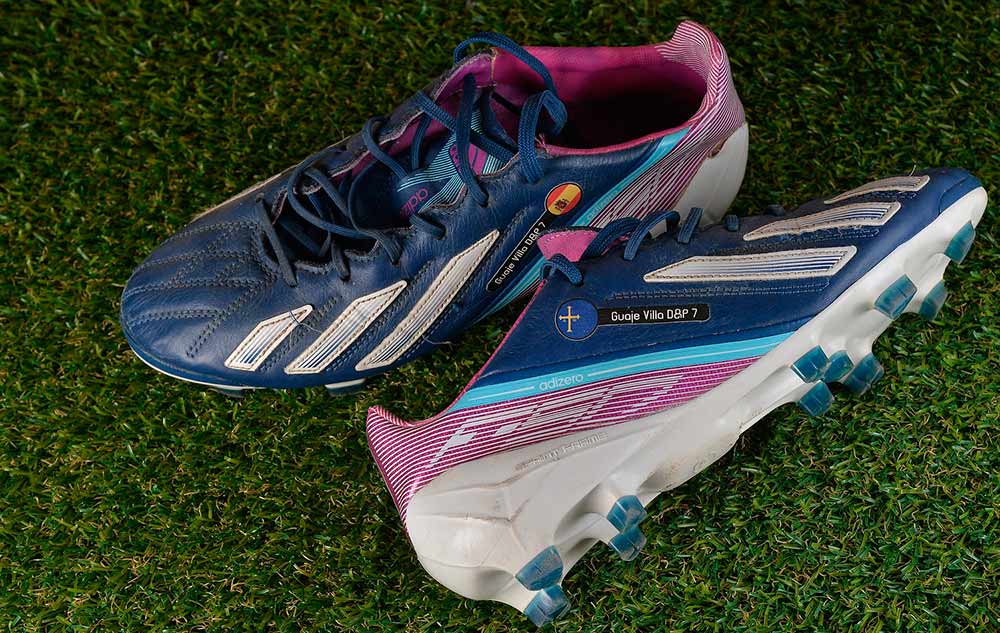 David Villa Sánchez is a Spanish professional footballer who plays as a striker for the Spain national team. He is the captain of New York City. He is nicknamed El Guaje (The Kid in Asturian) because as a youngster he frequently played football with children much older than him. Despite sustaining a serious injury as a child, Villa started his professional career with Sporting de Gijón. He moved to Real Zaragoza after two seasons, where he made his La Liga debut, winning the Copa del Rey and Supercopa de España. He joined Valencia CF in 2005 for a transfer fee of €12 million and was part of the Valencia team that won the Copa del Rey in the 2007–08 season. Villa hit his La Liga goalscoring peak while at Valencia, scoring 28 league goals in the 2008–09 season. In 2010, he moved to FC Barcelona for €40 million, where he won his first La Liga and UEFA Champions League titles. He was one of the goalscorers in the 2011 final of the Champions League as Barcelona defeated Manchester United, 3–1. After a €5.1 million transfer, he spent the 2013–14 season at Atlético Madrid, winning another La Liga title before leaving to play for New York City. Villa made his international debut for Spain in 2005. He has since participated in four major tournaments, becoming an integral member of the Spain teams that won UEFA Euro 2008 and the 2010 FIFA World Cup. He scored three goals at the 2006 World Cup, was the top scorer at Euro 2008 and earned the Silver Boot at the 2010 World Cup. He is the first Spanish player to ever reach 50 international goals and retired from internationals after the 2014 World Cup with 59 in 97 matches, making him Spain’s all-time top goalscorer as well as the country’s top scorer in the World Cup, with nine goals. He un-retired from international football in August 2017. 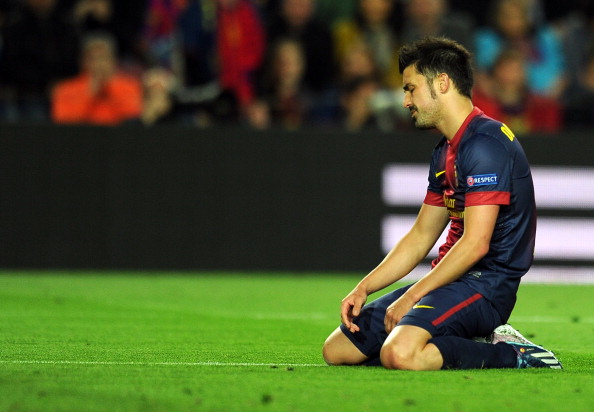 The Spanish media has often compared Villa with Raúl, to the point where Villa was accused of taking the number 7 jersey away from the then-Real Madrid player. In March 2009, Villa spoke out, saying, “I have not taken anything away from anybody, I was simply playing well for my club and the national coach gave me an opportunity. Too much has been said about the number issue. I’m not looking to cause any controversy. In fact, Raúl and I were in the national squad together in the past. I haven’t forced anybody out.” When questioned on whether the whole uproar created over Raúl’s omission was affecting him personally, he said, “I’ve never liked it because I think it has been damaging for the both of us. We’ve always got on well together whenever we’ve met up for international duty, so I’m not concerned. I just work hard for myself. All I want is to be in the squad for every game, to have the Spain badge on my chest and to score as many goals as I can”. In February 2010, Bernd Schuster was asked if Raúl did not favour Villa moving to Real Madrid, to which he responded, “I have a cough,” which caused many to believe that he was implying the rumour to be true. Villa firmly ridiculed that idea by saying, “It is impossible that a player with as much class on and off the pitch as Raúl would speak poorly of me. I have always had a good relationship with Raúl, even though we have hardly met on international duty.” Speaking about Raúl’s record with the Spanish national team as the nation’s leading top scorer, Villa said, “I’ve got 25 goals but he’s got 44 and is still playing. I’d be delighted to reach that tally as I’d help the national team achieve great victories and, in many years’ time, I could see my name on a [scorers’ list] that another young lad was trying to beat. That would be great.” On 25 March 2011, two years after making that remark, Villa surpassed Raúl as Spain’s all-time top scorer. 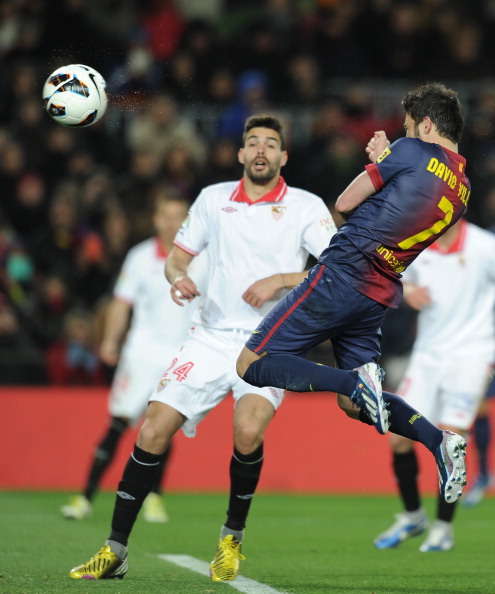 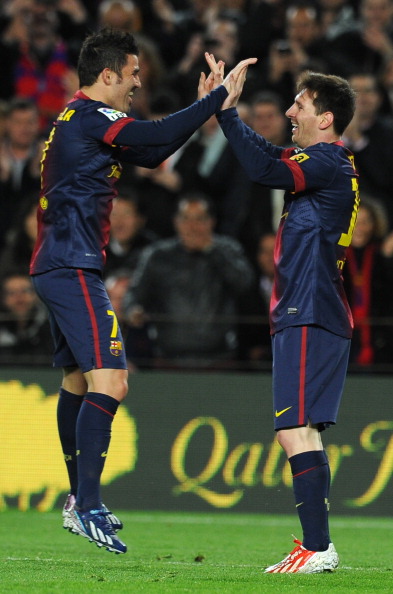 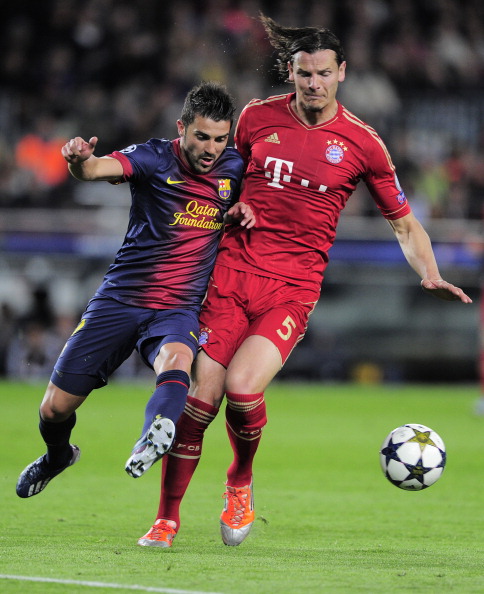 Grosso Grosso2017-10-28T21:36:14+00:00
Page load link
This site uses cookie technology, including third parties' ones. If you want to know more click here. If you access any element of this site outside this banner, you consent to the use of cookies. Ok
Go to Top