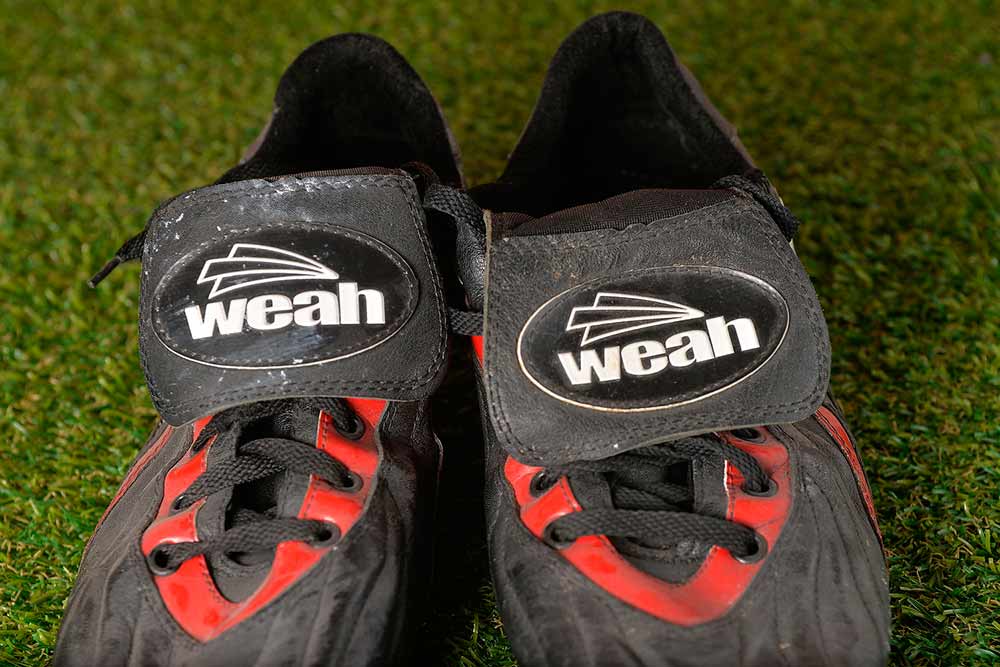 Weah signed for English Premier League club Chelsea on loan from Milan on 11 January 2000, in a deal which would keep him with the West London club until the end of the 1999–2000 English season. Weah’s time in England was deemed a success, especially at Chelsea where he instantly endeared himself to their fans by scoring the winner against rivals Tottenham Hotspur on his debut, and scored further league goals against Wimbledon and Liverpool. He also scored twice in Chelsea’s victorious 1999–2000 FA Cup campaign, netting crucial goals against Leicester City and Gillingham. This led to him starting in the final, which Chelsea won 1–0. Chelsea manager Gianluca Vialli did not make Weah’s move permanent, and on 1 August 2000 he officially left Milan, and signed for newly promoted English Premier League side Manchester City on a free transfer on a two-year contract worth £30,000 a week, declining the offer of a £1 million pay-off from Milan owner Silvio Berlusconi. He played 11 games in all competitions for City, scoring four times, before leaving on 16 October 2000 after becoming dissatisfied with manager Joe Royle for selecting him as a substitute too frequently; he had only played the full 90 minutes in three of his 11 games for the Maine Road club. At City, he scored once in the league against Liverpool (as he did at Chelsea) and three times against Gillingham (again as he had at Chelsea), this time in the League Cup; once in the first leg and twice in the second. 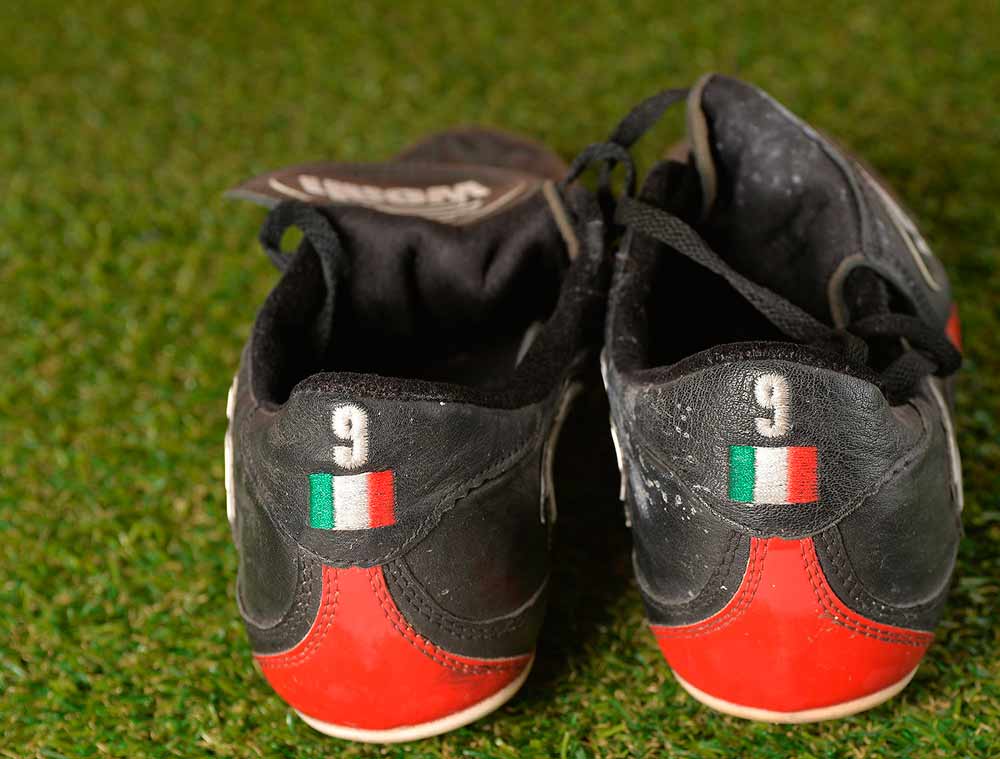 As successful as he was at club level, Weah was not able to bring over that success to the Liberia national team. In total, Weah played 60 games for Liberia over 20 years, scoring 22 goals. As one of the smaller nations in world football and perennial underdogs, Weah did everything he could in order to support the national squad: aside from being the team’s star player, he also later coached the squad, and even funded his national side to a large extent. Despite his efforts, he was unsuccessful in helping Liberia qualify for a single FIFA World Cup, falling just a point short in qualifying for the 2002 tournament. However, he did help Liberia to qualify for the African Cup of Nations on two occasions: Weah represented his country in the 1996 and 2002 editions of the tournament, although Liberia failed to make it out of their group both times, suffering first-round eliminations. Along with all-time greats in the sport such as Alfredo Di Stéfano and George Best, Weah is regarded as being among the best football players who never got the chance to play at a World Cup. 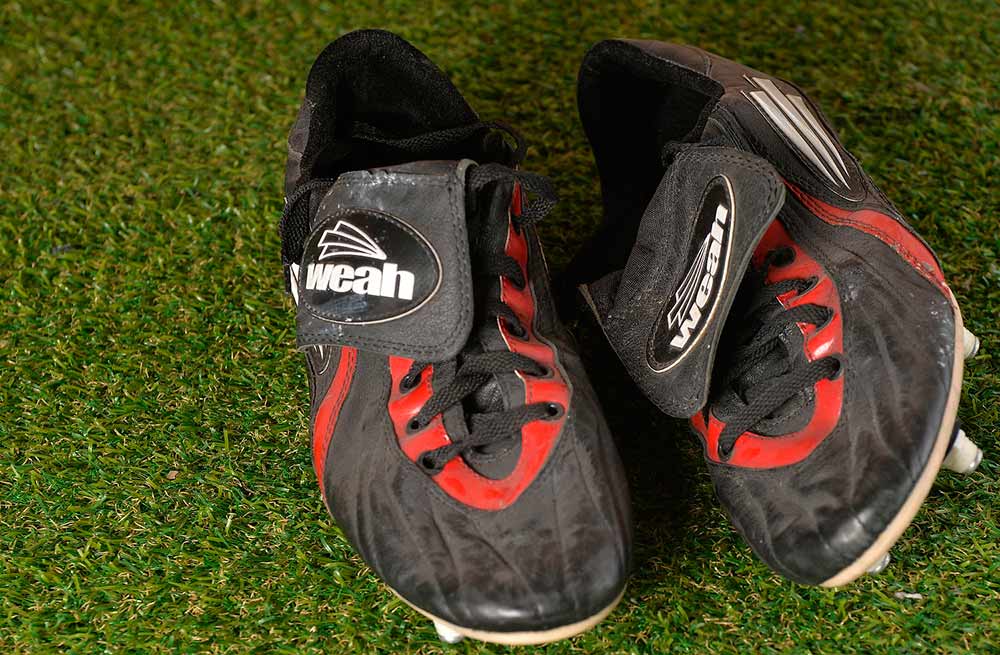 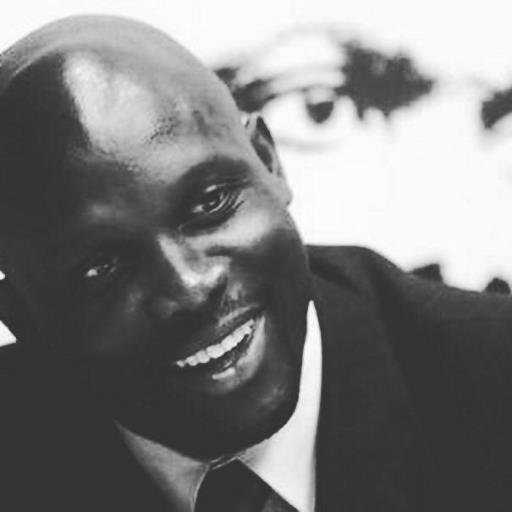 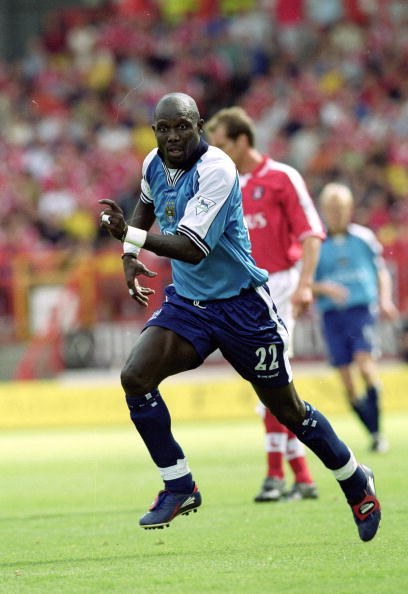 During his prime in the 1990s, Weah was regarded as one of the best strikers in the world, despite not being to be able to score as many goals as other prolific forwards of his generation. In spite of that, Weah was lauded for his work-rate, class and attacking instincts, as well as his physical and athletic attributes, which he combined with his finishing, technical ability, creativity and skill. A fast, powerful, physically strong player, he successfully filled the void left in the Milan attack by club legend Marco van Basten. In addition to his pace, dribbling skills, and goalscoring ability, Weah was also a team-player who was capable of creating chances and assisting goals for teammates. Along with Ronaldo and Romário, Weah was seen as a modern, new breed of striker in the 1990s who would also operate outside the penalty area and run with the ball towards goal, during a time when most strikers primarily operated inside the penalty area where they would receive the ball from teammates. Named African Footballer of the Year three times and becoming the first African to be named FIFA World Player of the Year, his prominence in the 1990s led him to be nicknamed “King George”. Weah received further recognition in 2004 when he was named by Pelé in the FIFA 100 list of the world’s greatest living players. In 2013, Italy and Milan legend Franco Baresi named Weah in the greatest XI he has ever played with. As well as being regarded as one of the greatest African footballers of all time, during his career Weah also stood out off the pitch for his initiatives to fight racism in football. 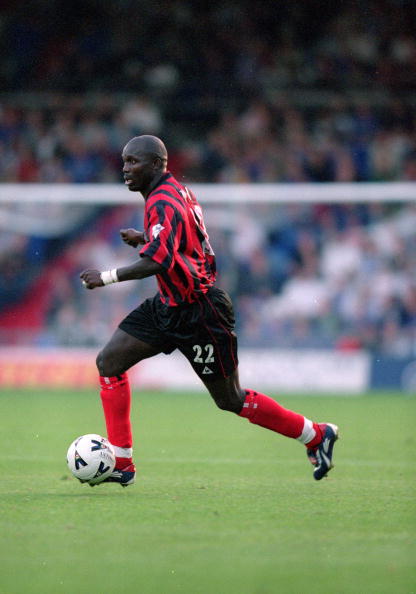 Grosso Grosso2017-10-28T21:38:27+00:00
Page load link
This site uses cookie technology, including third parties' ones. If you want to know more click here. If you access any element of this site outside this banner, you consent to the use of cookies. Ok
Go to Top