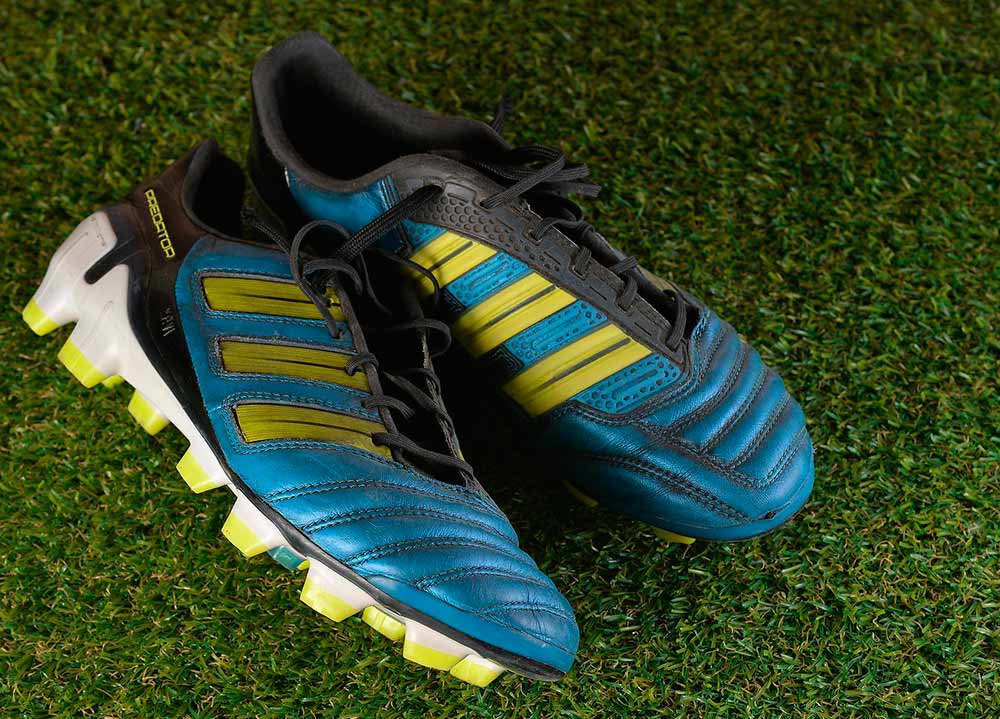 The claim that Xavi is one of the best central midfielders of all-time relies largely on his ability to find and exploit space as a playmaker. As he said, “That’s what I do: look for spaces. All day. I’m always looking.” Finding space, he would appear for a teammate to receive and then move the ball on, with his coach Pep Guardiola putting it. “I get the ball, I give the ball, I get the ball, I give the ball.” Xavi’s vision, pinpoint accurate passing and world-class ball control allowed him to dictate the flow of play while rarely relinquishing possession, most notably displayed during Spain’s 2010 World Cup victory where he had a 91% passing success rate for the tournament. His ability to control some matches has earned him the sobriquet, “The Puppet Master“. A style introduced to the club by former coach Johan Cruyff, Barcelona president Sandro Rosell believed Xavi, together with Lionel Messi, Andrés Iniesta and Sergio Busquets, perfected the club’s tiki-taka style of play. 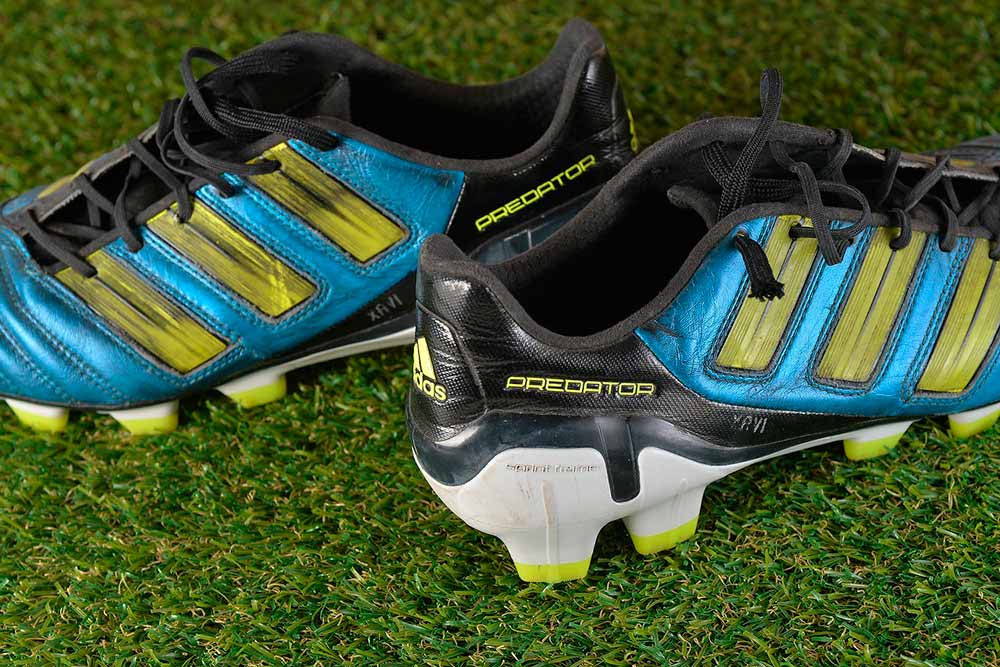 Xavi has a sponsorship deal with German sportswear and equipment supplier Adidas and has appeared in Adidas commercials alongside Lionel Messi, Luis Suárez and Robin van Persie. Xavi wears Adidas Predator LZ football boots. In November 2014, Xavi appeared in FIFA’s “11 against Ebola” campaign with a selection of top football players from around the world, including Cristiano Ronaldo, Neymar, Gareth Bale and Didier Drogba. Under the slogan “Together, we can beat Ebola”, FIFA’s campaign was done in conjunction with the Confederation of African Football (CAF) and health experts, with the players holding up 11 messages to raise awareness of the disease and ways to combat it. 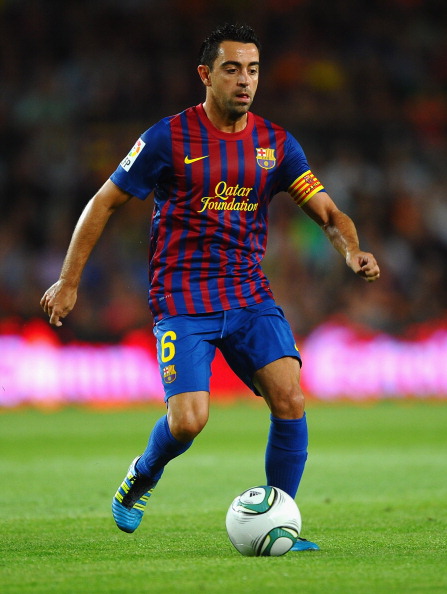 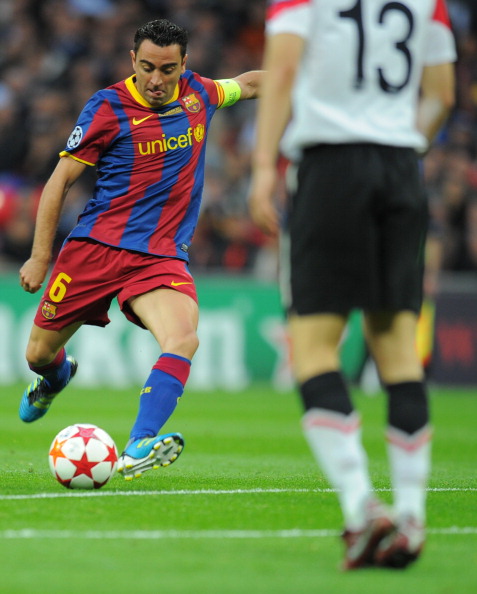 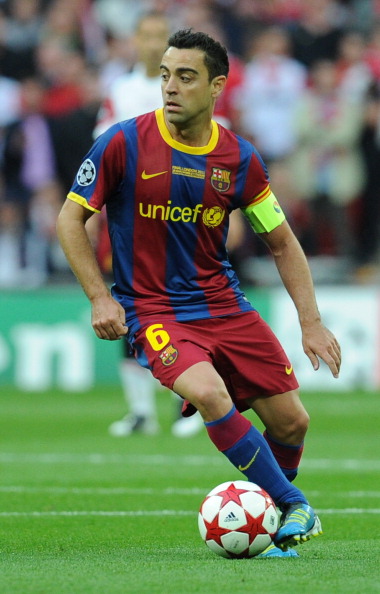 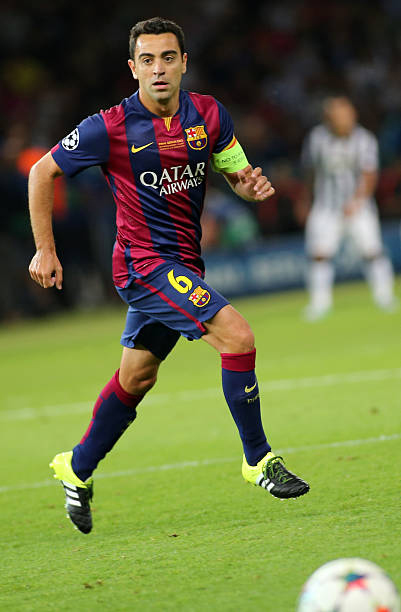 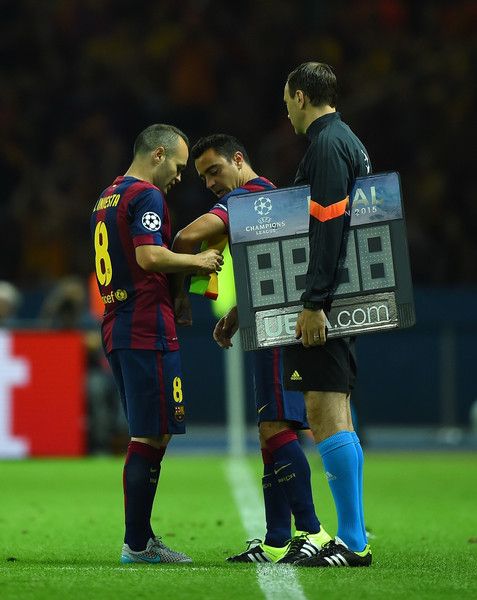 In June 2014, it was announced that Xavi would be leaving the club. On 22 July, however, after talks with newly appointed manager and former teammate Luis Enrique, Xavi decided to stay at Camp Nou for one more season. He was also appointed as club captain. On 25 April 2015, Xavi made his 500th La Liga appearance, becoming the eighth player in history to do so. On 4 June, a farewell event was held at Barcelona for Xavi with players, managers, friends and family paying tribute to him. 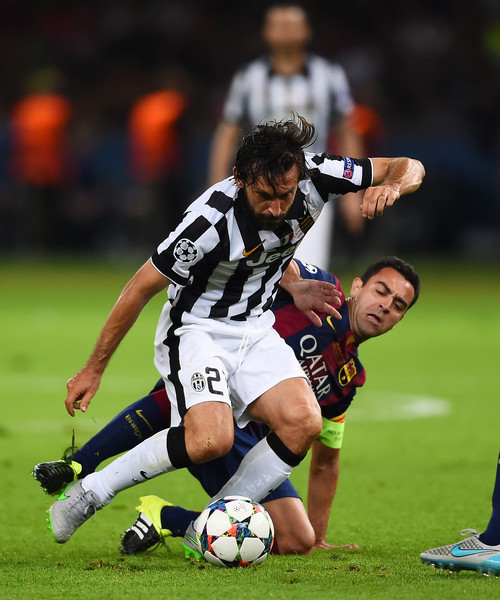 These boots were worn by Xavi during the Champions League Final 2015 which took place in Berlin,”Olympiastadion” on June 6th between Barcelona and Juventus. Barcelona defeated Juventus 3-1. Xavi came on as a 78th-minute substitute for Andrés Iniesta to make his final appearance for Barcelona. Xavi, as club captain, lifted the trophy. This made Barcelona the first club in history to win the treble of domestic league, domestic cup and European Cup twice. Xavi, Iniesta, Messi, Gerard Piqué, Pedro, Sergio Busquets and Dani Alves were part of both treble-winning teams. 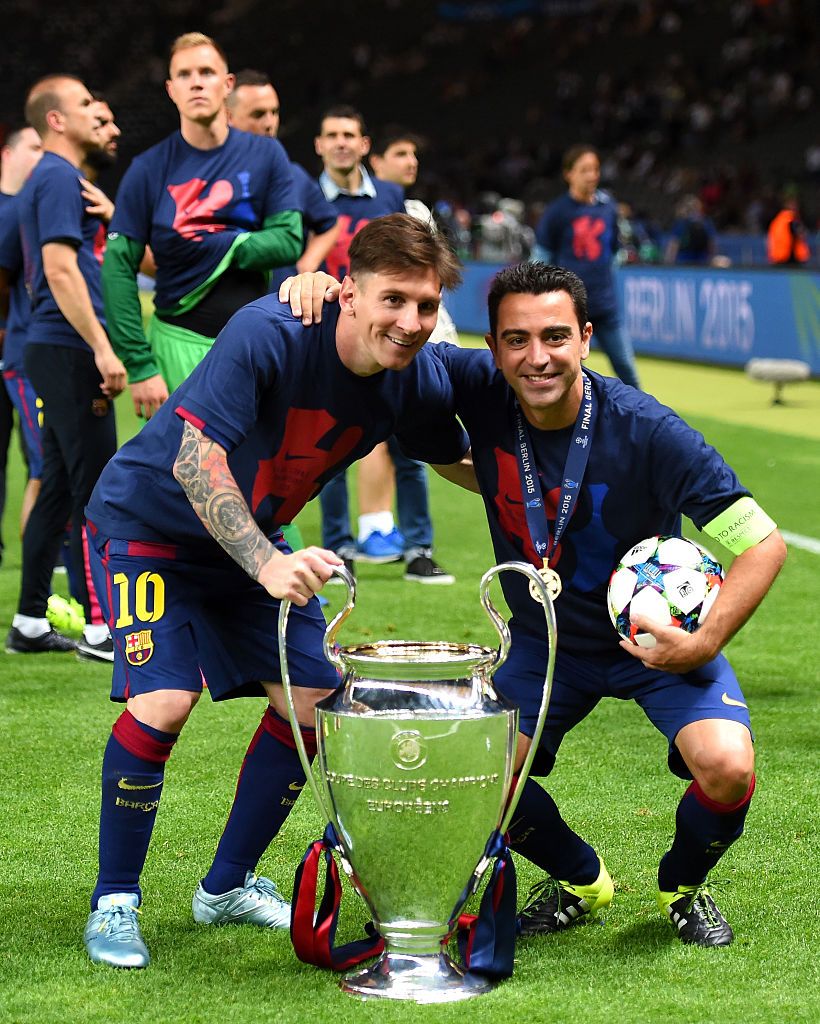 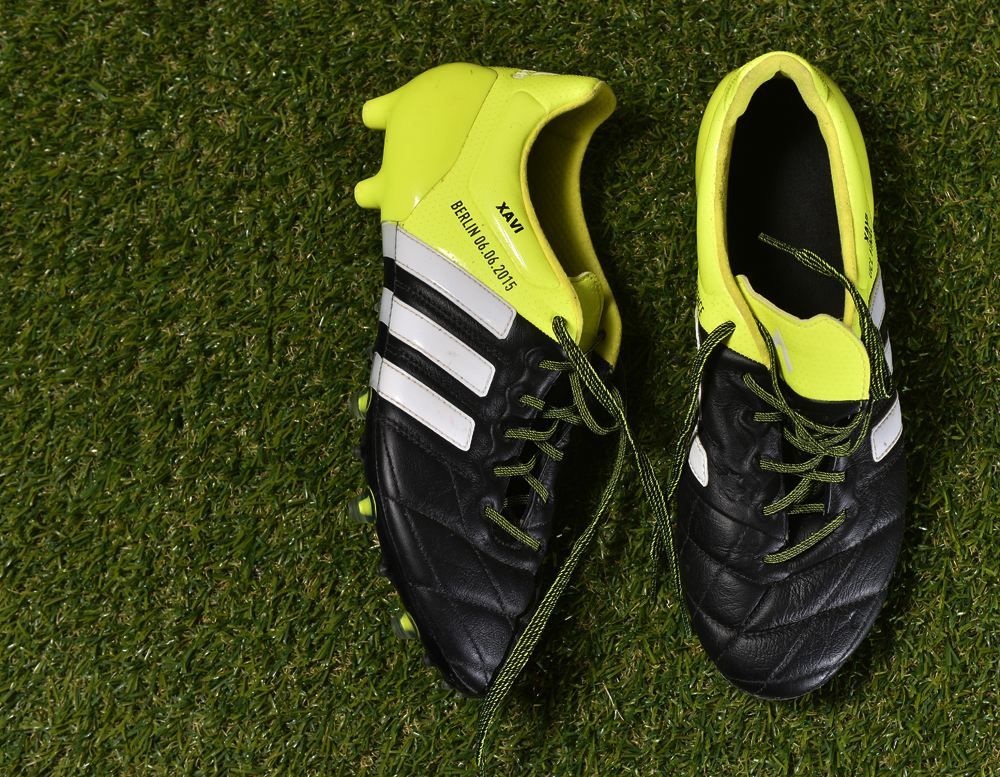 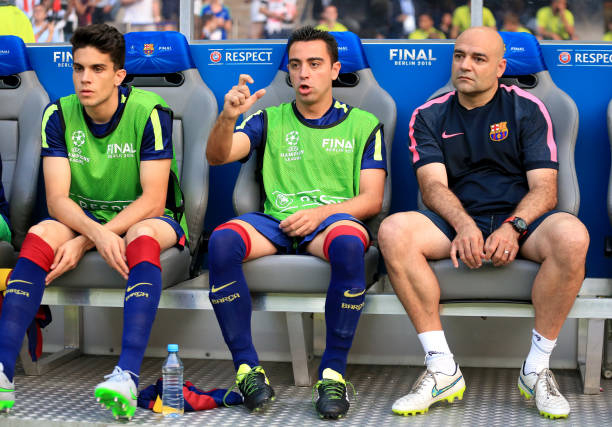 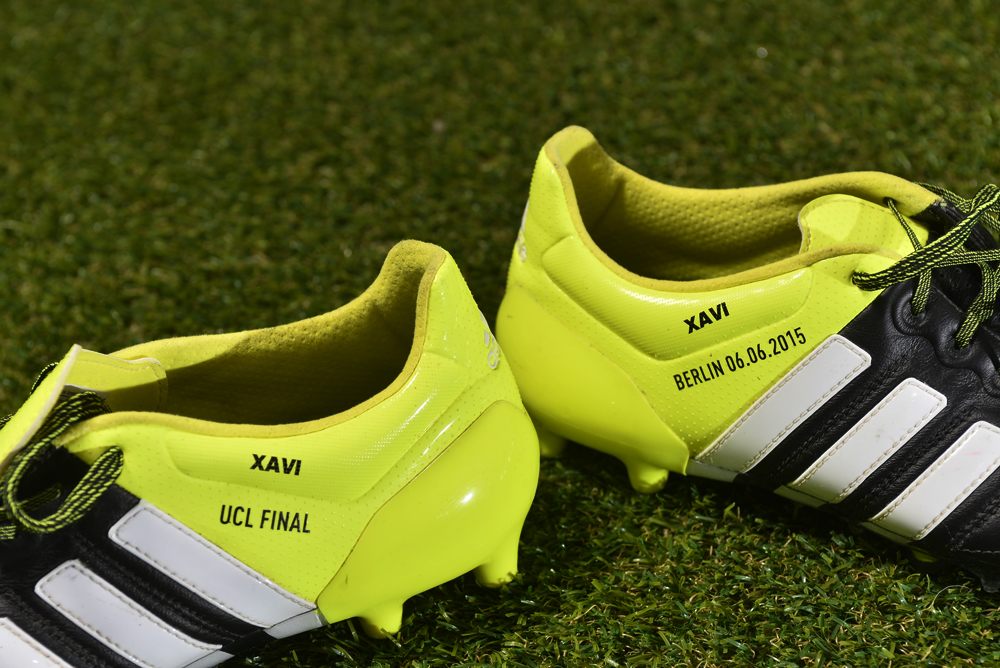 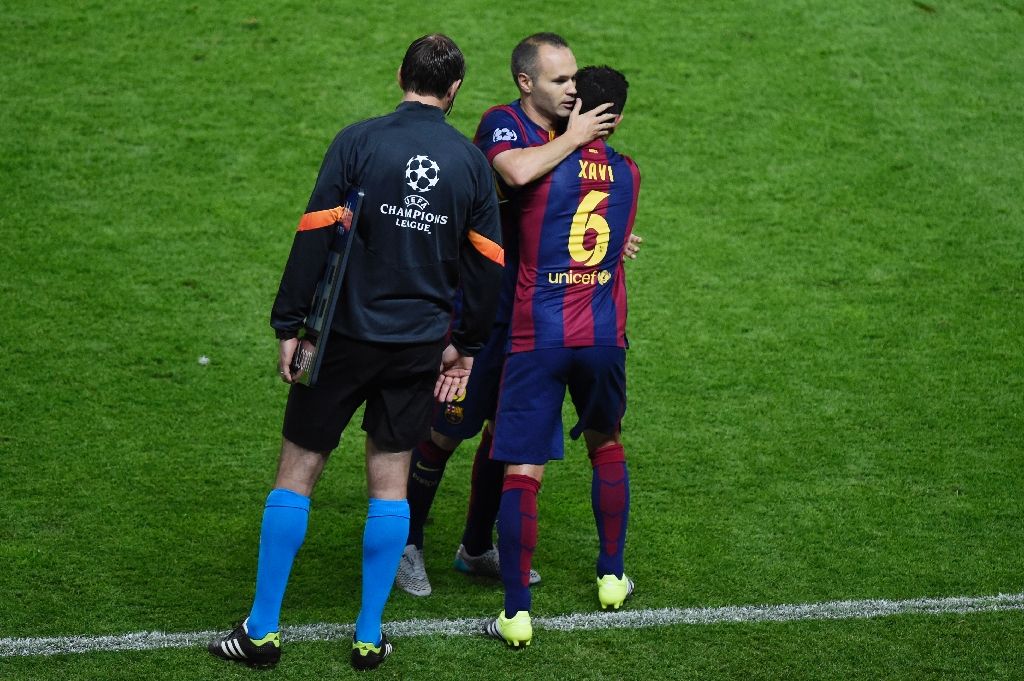 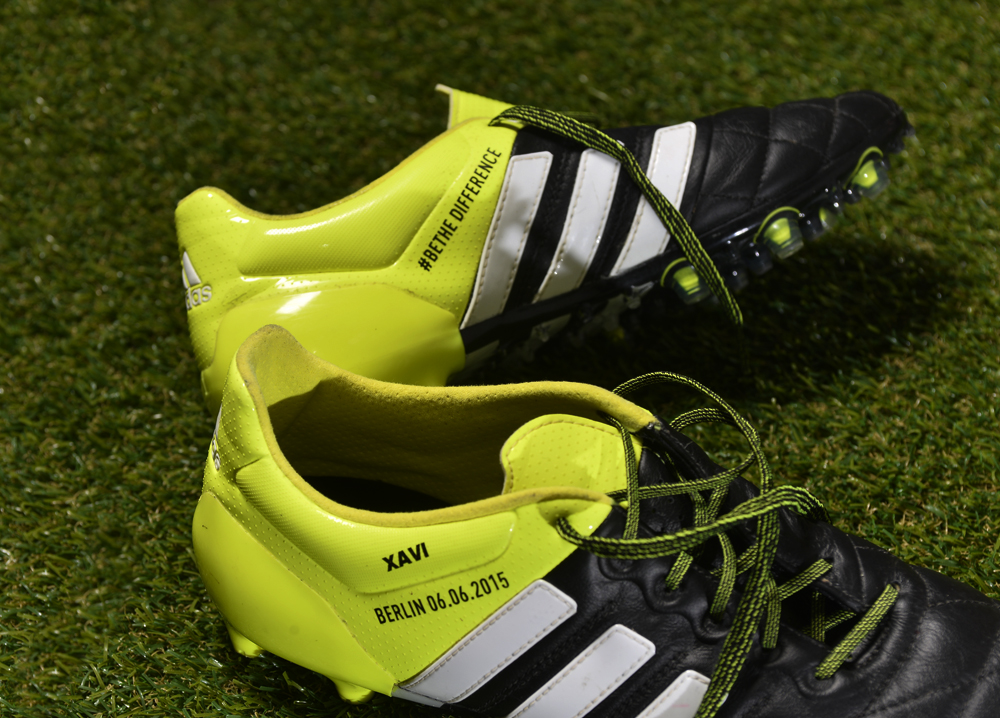 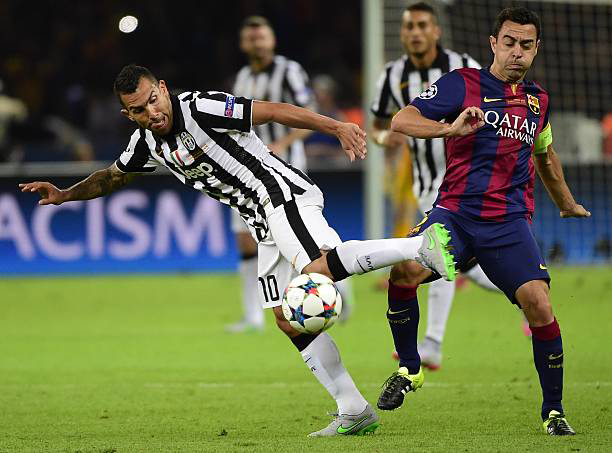 Grosso Grosso2020-03-21T03:26:52+00:00
Page load link
This site uses cookie technology, including third parties' ones. If you want to know more click here. If you access any element of this site outside this banner, you consent to the use of cookies. Ok
Go to Top