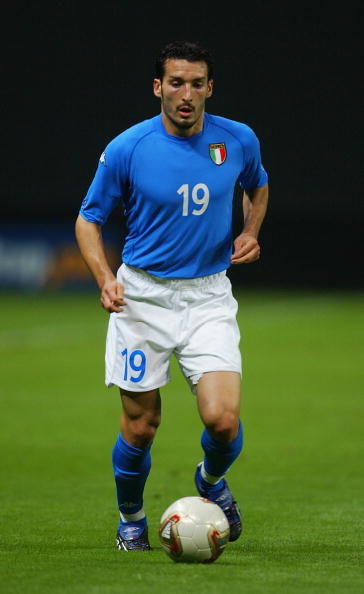 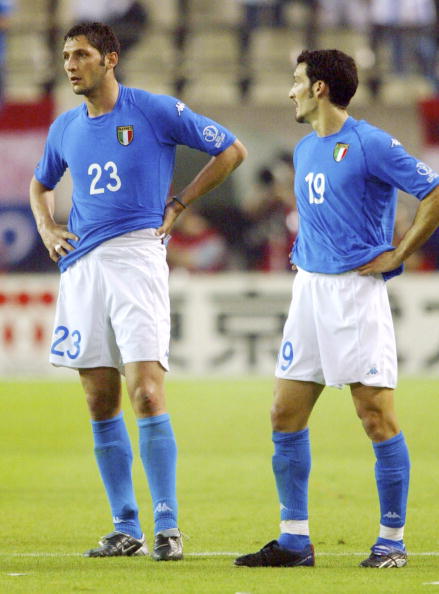 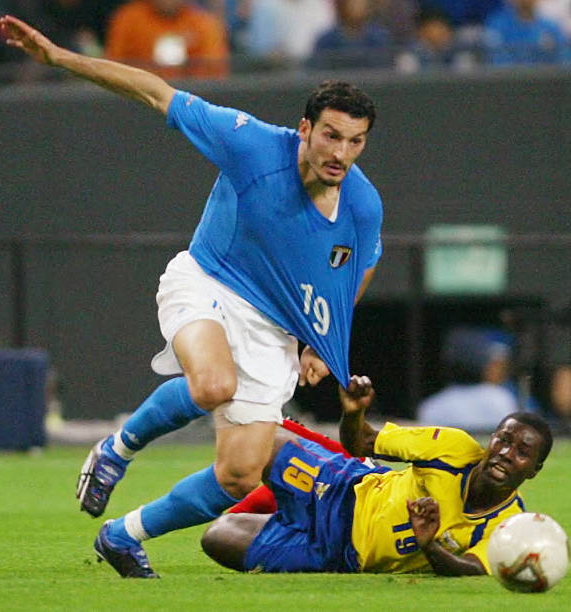 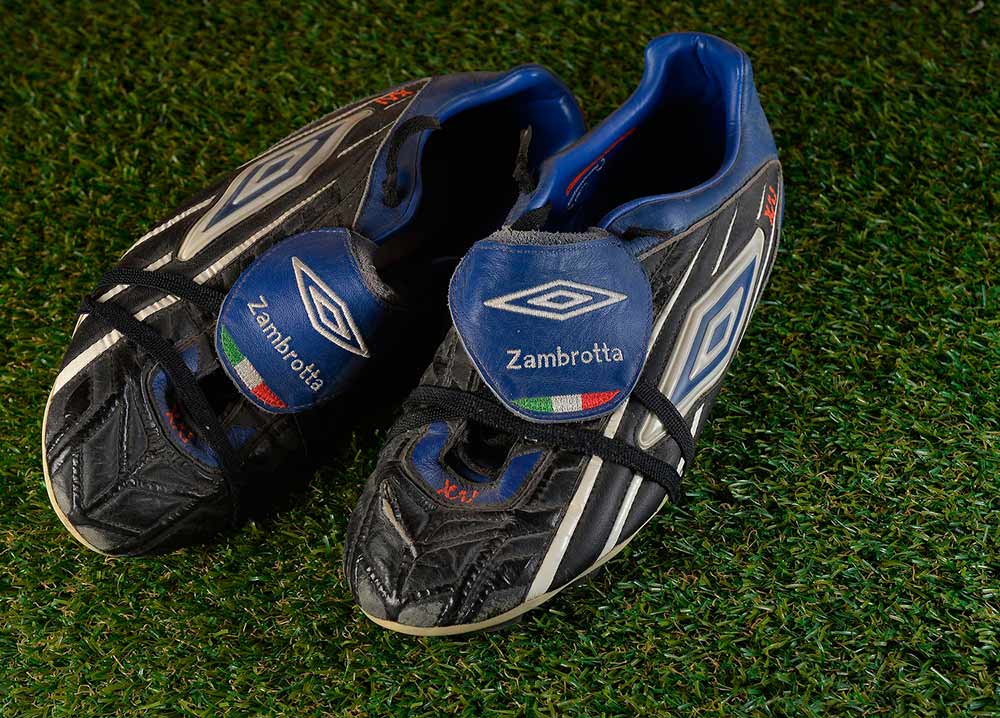 Zambrotta is regarded by pundits as one of Italy’s greatest attacking full-backs/wing-backs. Although naturally right-footed, he was an ambidextrous player who excelled both at offensive and defensive play, which made him tactically versatile, allowing him to be deployed on the left as well as on the right side of the pitch, as a full-back or wing-back in a 4 or 5-man defence, or even as a winger or wide midfielder, a position in which he was often played earlier on in his career. His main attributes were his pace, marking ability, tackling, strength, tenacity, and stamina. A tenacious and hard-working player, he was also gifted with good technique and ball skills, as well as an excellent crossing ability and a powerful shot from outside the area. In 2002 under new Italy Team manager Giovanni Trapattoni, Zambrotta also represented the Italy senior side at the 2002 World Cup, where Italy were controversially eliminated in the round of 16 by co-hosts South Korea, on a golden goal. 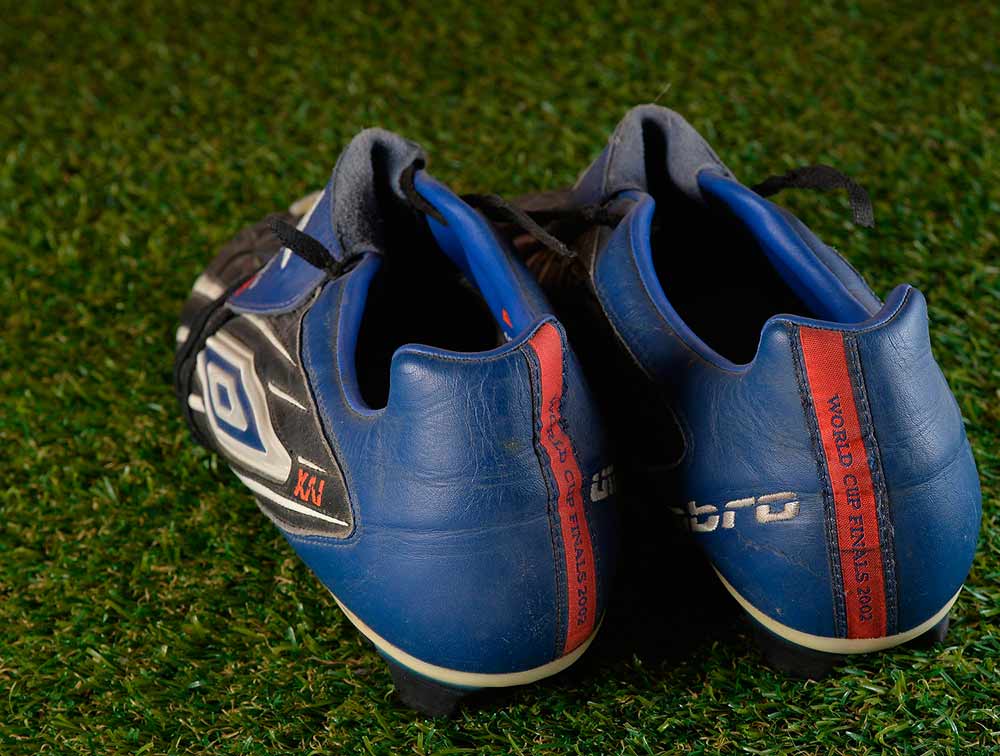 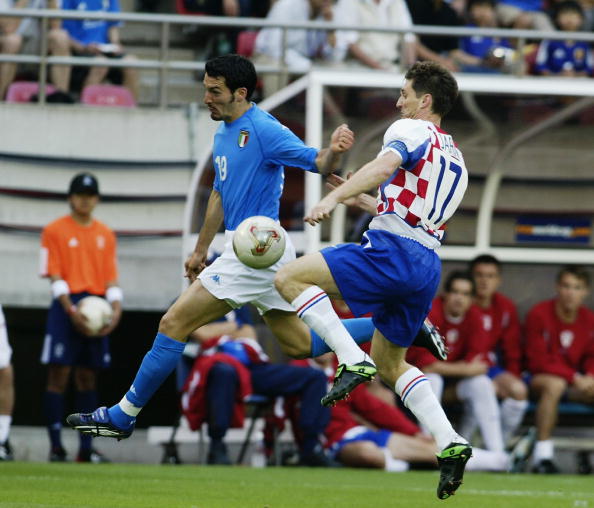 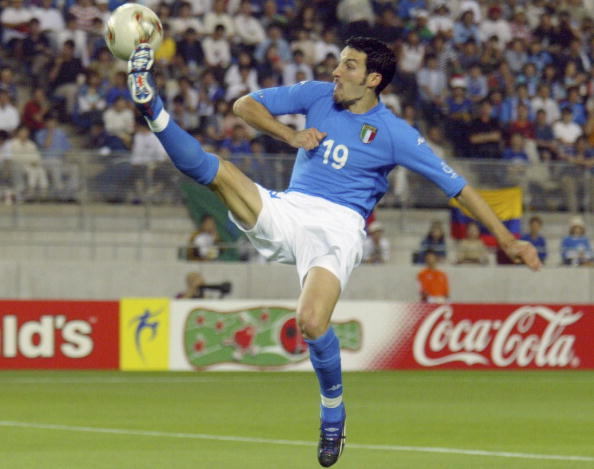 In 2003, after the retirement of Paolo Maldini from the national team and a successful switch to left-back with Juventus, Zambrotta became the first choice for this position in the national team. On 30 May 2004, Zambrotta scored his first ever international goal in a warm-up against Tunisia. A Bernardo Corradi header was flapped out for Zambrotta’s fierce volley into the roof of the net in the 89th minute while Italy won the game by 4–0. In Euro 2004, although the performance of Italy was largely disappointing and the team was eliminated at the group stage, Zambrotta was one of the few Italian players to be praised for his performances, and was elected to be part of the Team of the Tournament. In Italy’s final group match against Bulgaria, which inded in a 2–1 victory the Italians, he was involved in both of his team’s goals, setting up Antonio Cassano’s injury time winner, although Italy finished third in their group on direct encounters, following a three-way five point tie with Sweden and Denmark. 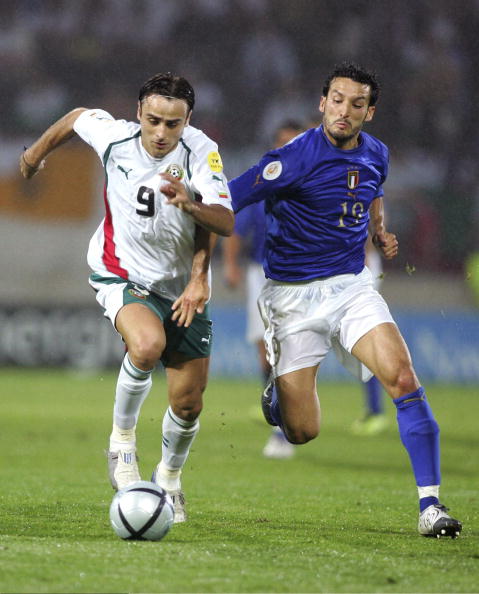 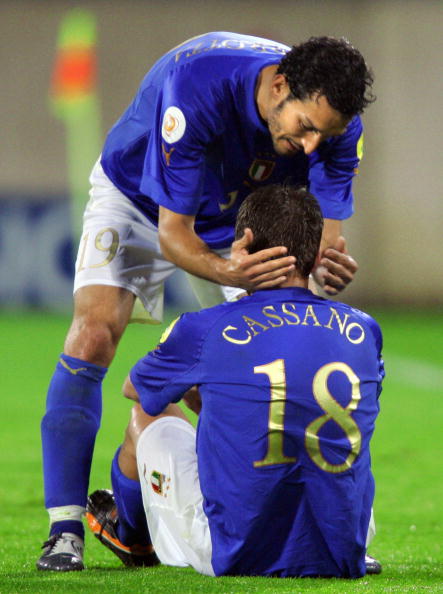 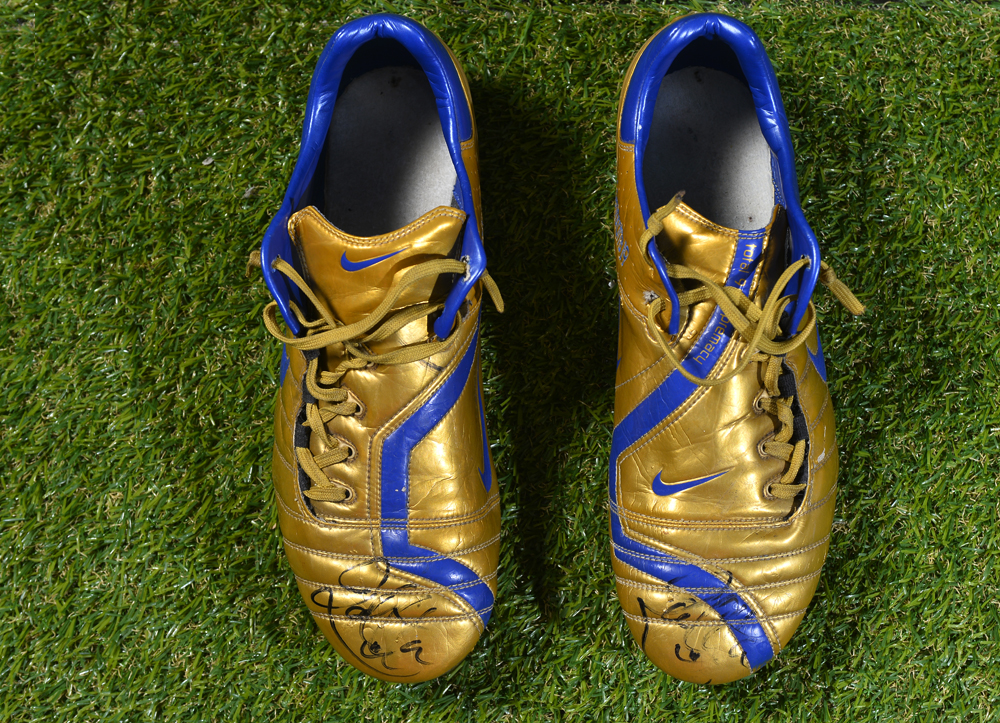 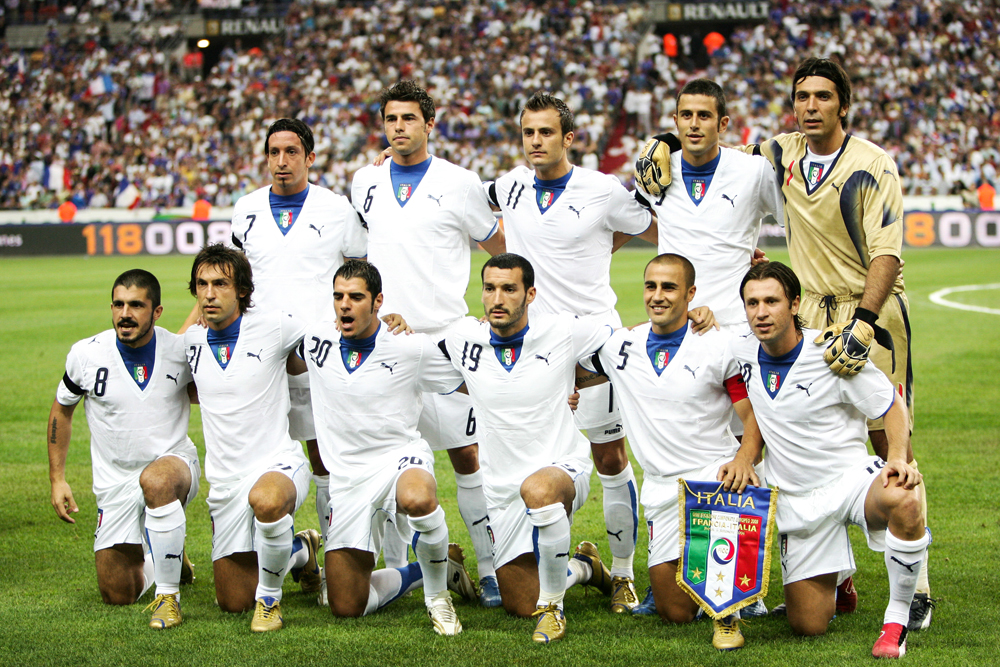 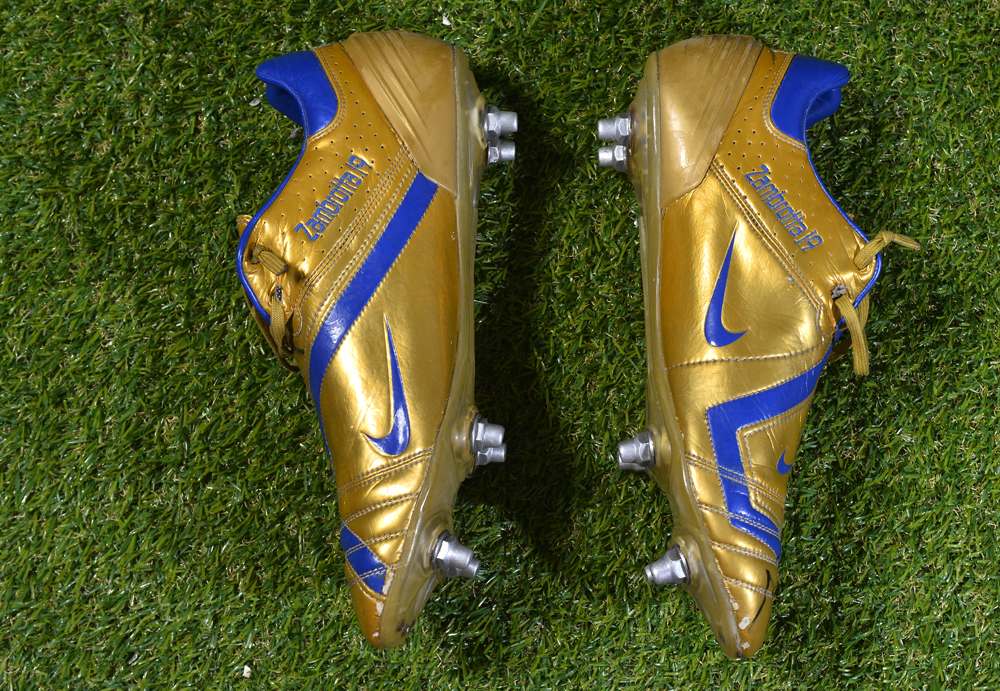 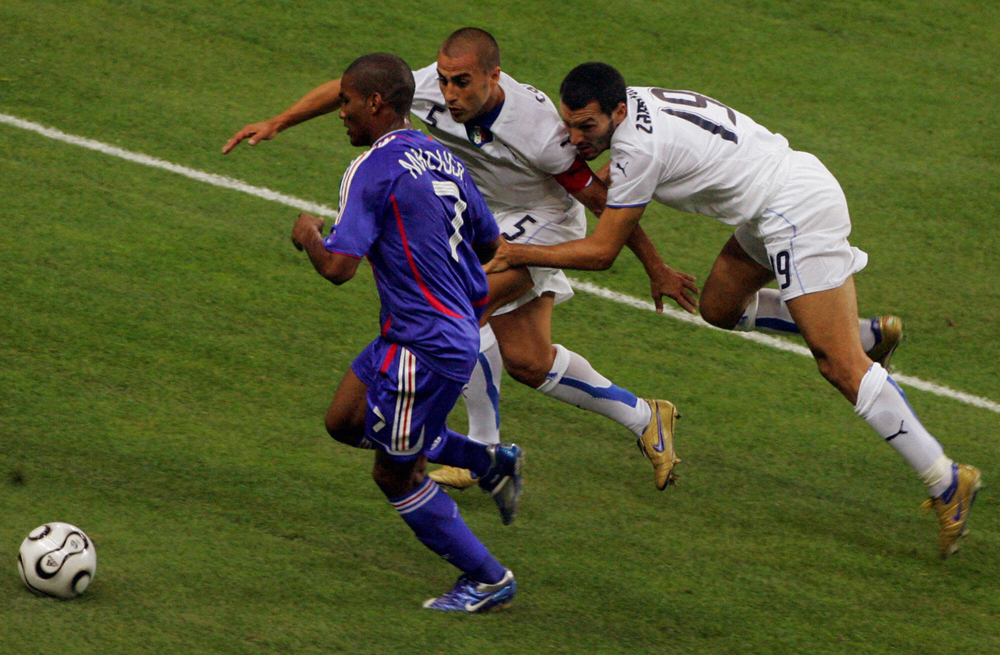 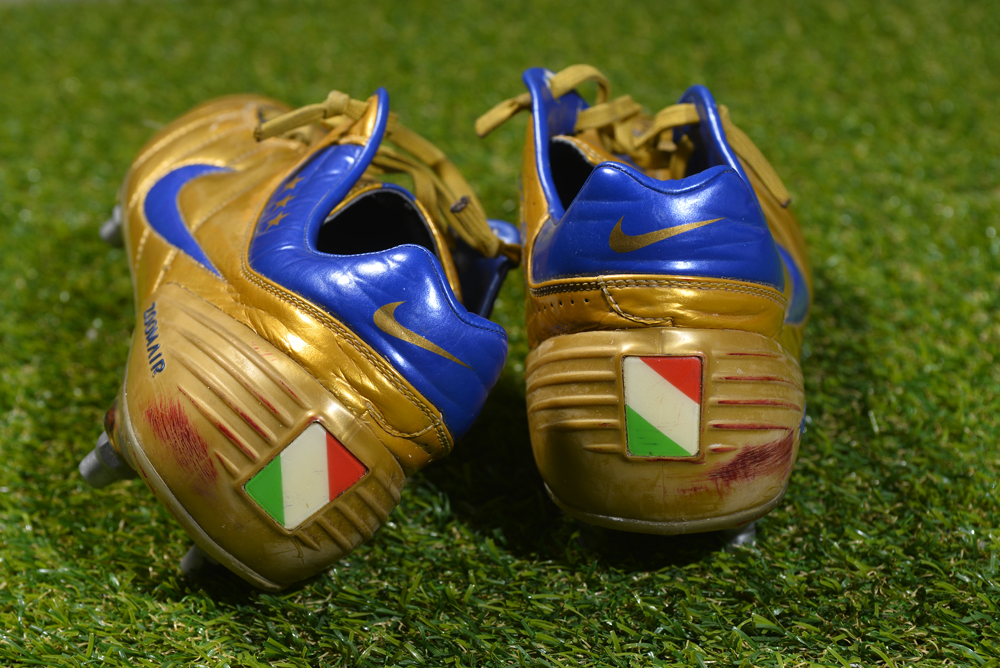 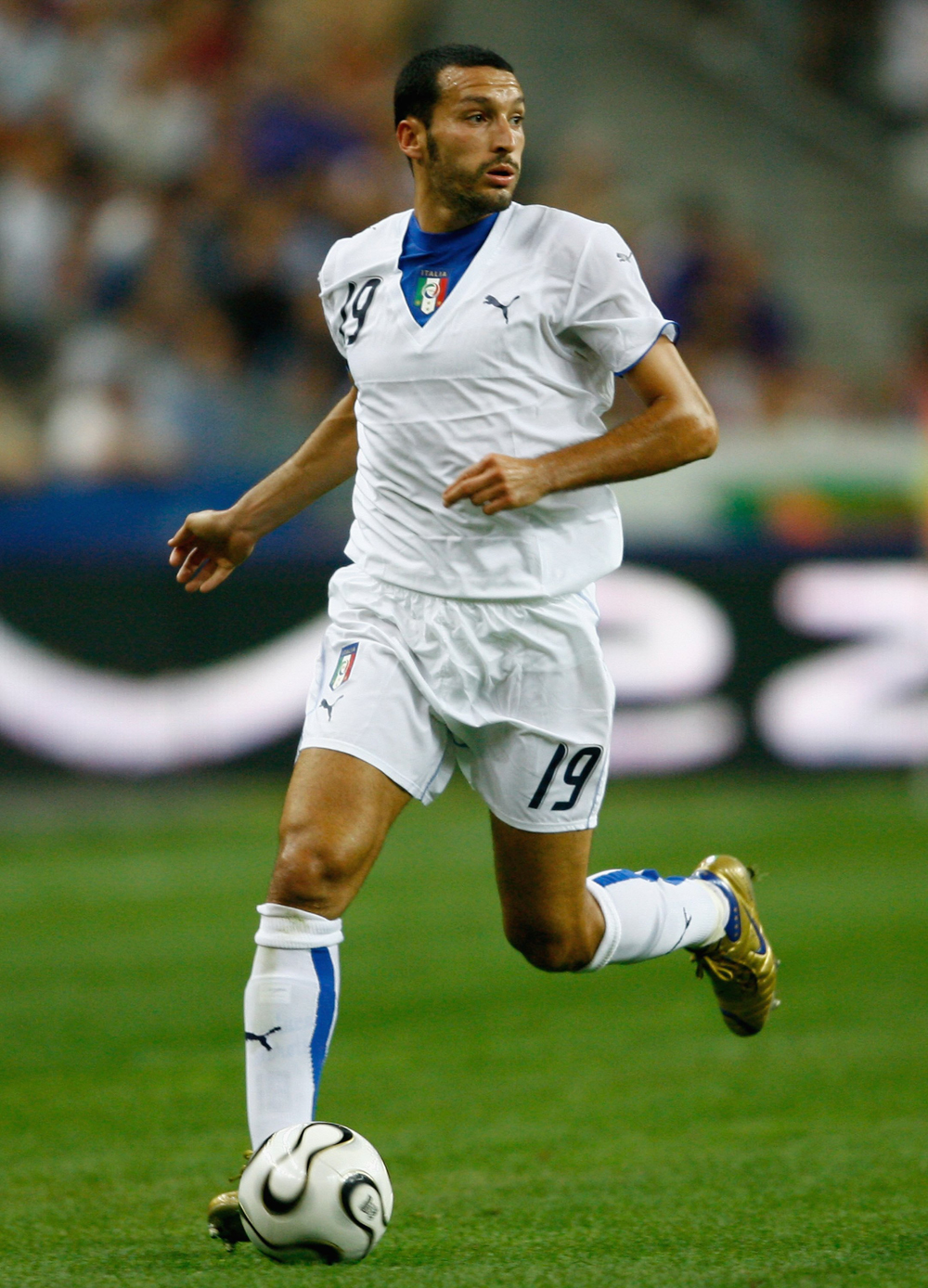 These boots were worn by Gianluca Zambrotta exclusively during the Uefa “Euro 2008” qualifier’s game between France and Italy which took place in Paris, “Stade de France”, on September 6th 2006. These boots are very special, released by Nike in golden color for the Italian players only, to celebrate the Fifa World Cup “Germany 2006” win. These boots were used by the Italian players only and in just some very few games after the World Cup. Nike released three different models of this style that were used by different players following their usual boots.: the Nike Tiempo, was used for instance by Andrea Pirlo, the T90 used by Alberto Gilardino, Gennaro Gattuso and Gianluca Zambrotta and the Mercurial Vapor III used by Marco Materazzi.  These rare Italy Gold/Blue Nike boots were made in celebration of Italy becoming world champions in 2006 after beating France in the final. Nike only produced 250 pairs of these 4 star Gold collectors editions to be sold in Nike shops. Zambrotta was selected by new manager Roberto Donadoni to represent Italy at Euro 2008 in Austria and Switzerland. He played in all Italy’s games in the tournament. In the first group stage match, Italy faced the Netherlands; Zambrotta was not at his best in a match as Italy fell 3–0. In the next match, against Romania, Zambrotta made a defensive error that was followed by Romania’s 1–0 goal, scored by Adrian Mutu. Christian Panucci, however, scored just one minute later to tie the match at 1–1. Close to the end of the match, Romania was awarded a penalty, but Italy goalkeeper Gianluigi Buffon saved Mutu’s shot, securing a 1–1 draw. Italy defeated France 2–0 in their final group match to advance to the quarter-finals. In the quarter-finals, Italy fell to Spain on penalties (4–2) after a 0–0 draw, knocking them out of the tournament. 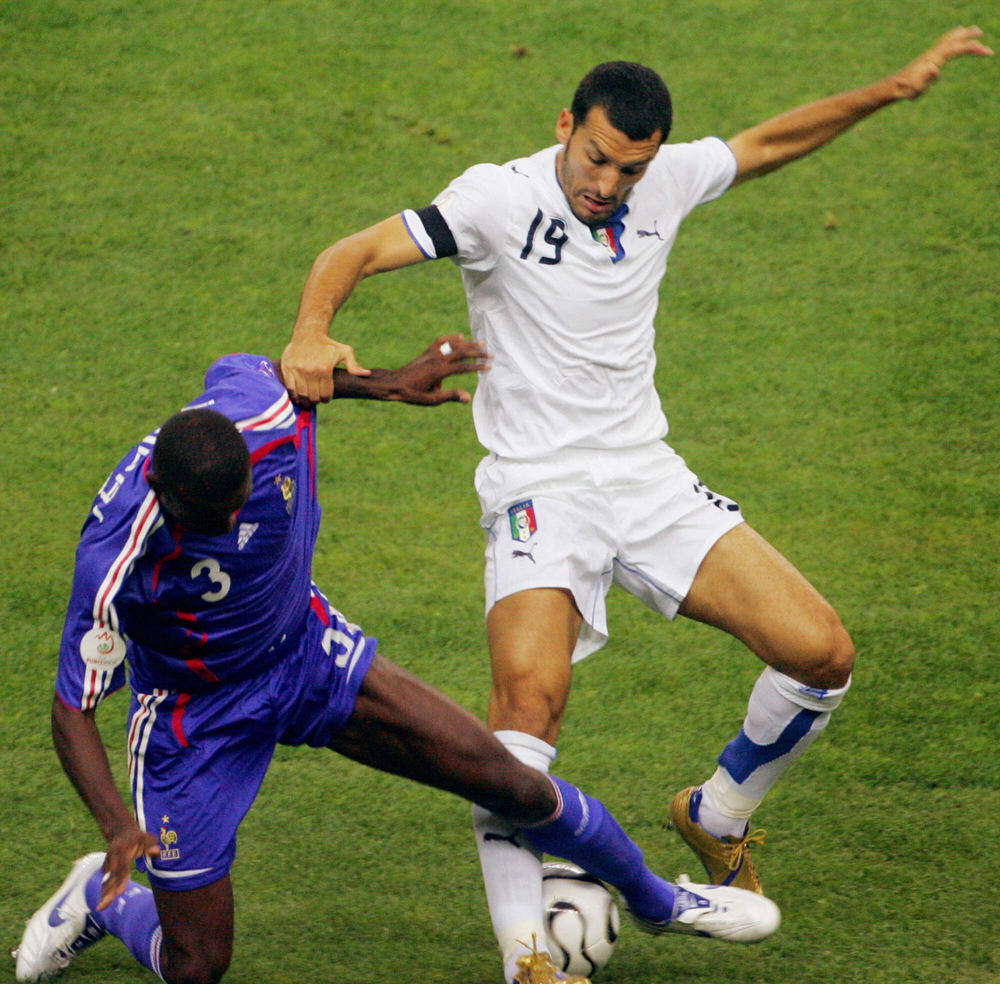 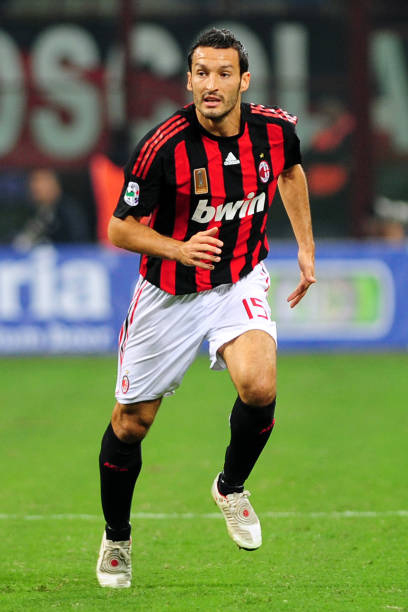 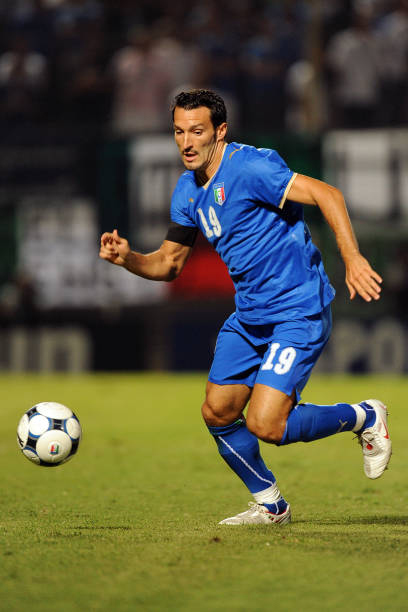 On 31 May 2008, Zambrotta signed a three-year contract with Milan. The club paid €9 million to Barcelona, with a potential €2 million added on depending on Milan’s performance in the Champions League, for his services. Zambrotta would reportedly be earning €4 million per year. His move forced Milan right back Massimo Oddo to be loaned out to Bayern Munich for more chance to play regularly. On 21 September 2008, Zambrotta scored his first goal for Milan, from 31 metres out, in the league game against Lazio. In the 2008–09 season, Zambrotta played more games than any other Milan player. In the 2009–10 season, Zambrotta mainly played at left back, competing with Luca Antonini for a starting spot, while the emerged star Ignazio Abate consolidated the right back position as his own. For the 2010–11 season, Zambrotta was more versatile than before and often used as a utility. New coach Massimiliano Allegri also preferred Abate for the right back position while Zambrotta alternated between starting at left back and covering for Abate at right back. Nevertheless, he made 20 appearances in all competitions playing an important role in Milan’s 18th Scudetto win. Later that year, he won the Serie A title with Milan, as well as the Supercoppa Italiana. Zambrotta renewed his expiring contract for another year, keeping him a Milan player until at least the summer of 2012. Milan decided not to renew the contracts of several of their veteran players and Zambrotta was one of those along with Filippo Inzaghi, Mark van Bommel, Alessandro Nesta and Gennaro Gattuso. He played his final game for Milan against Novara on 13 May 2012. 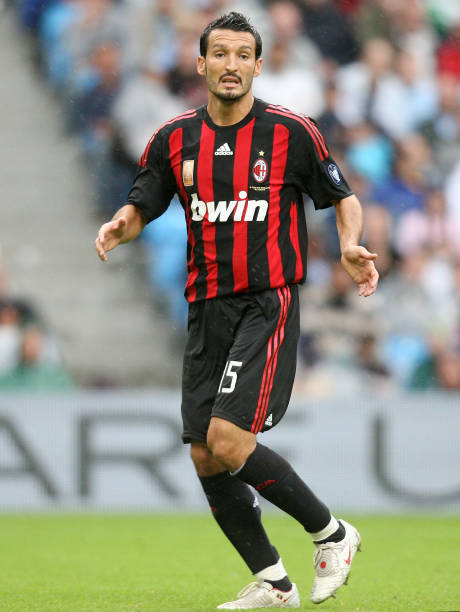 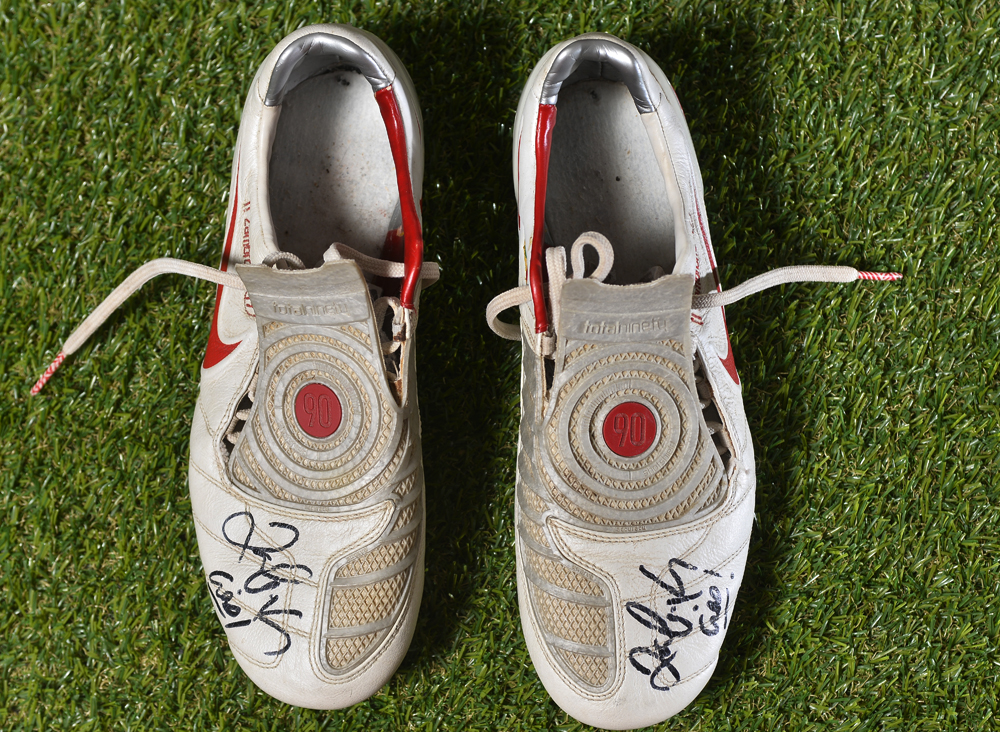 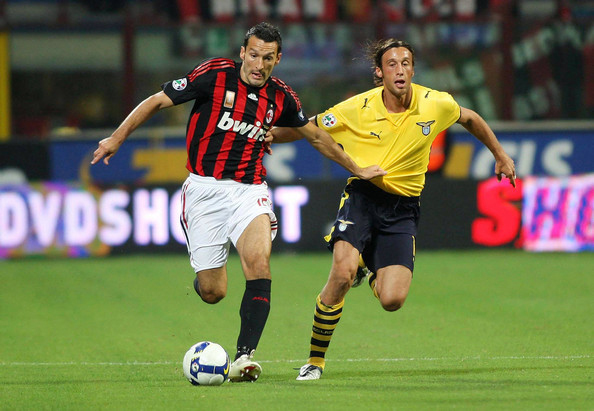 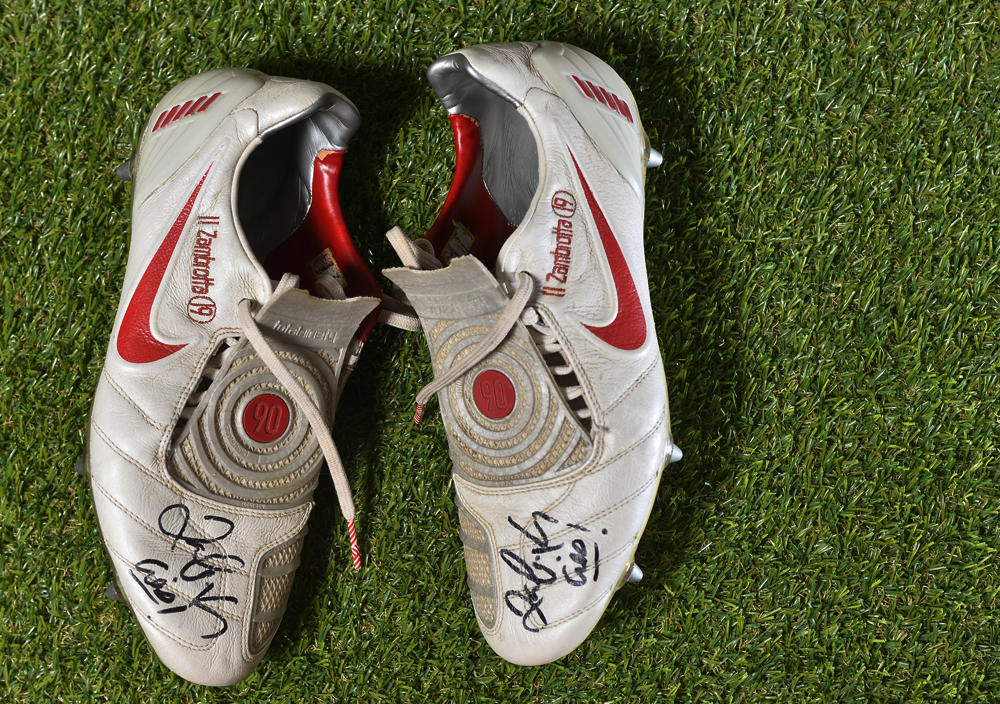 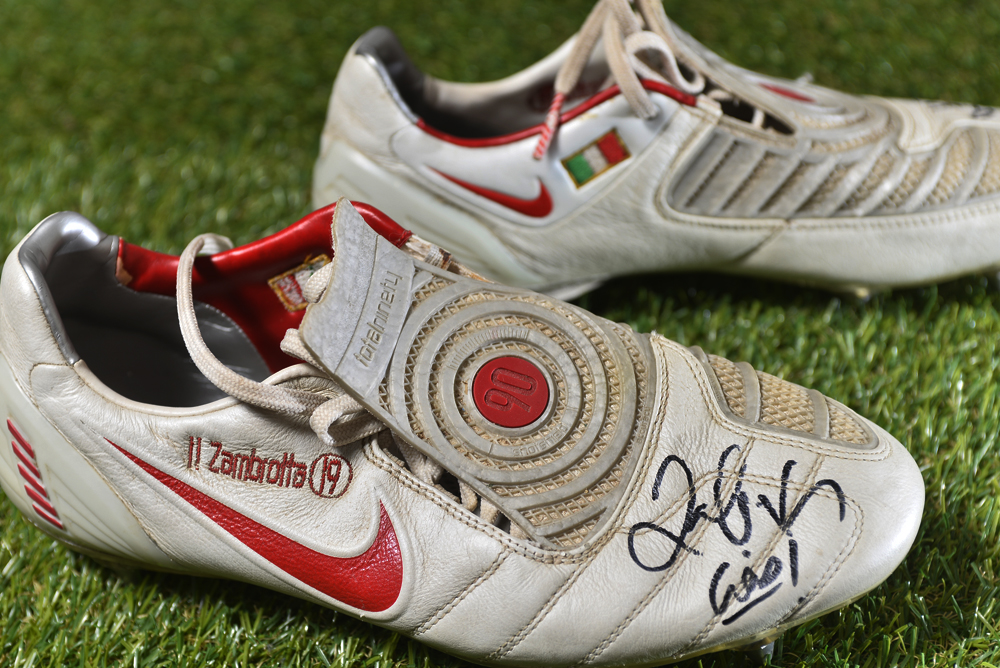 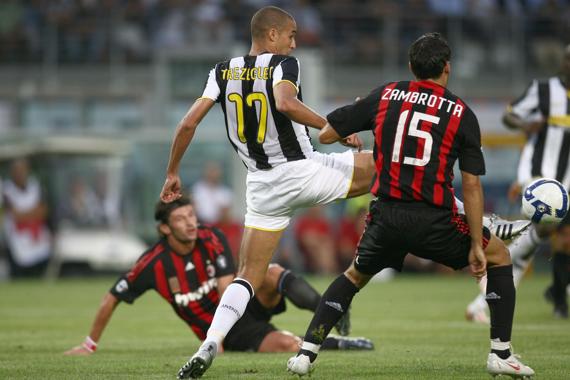 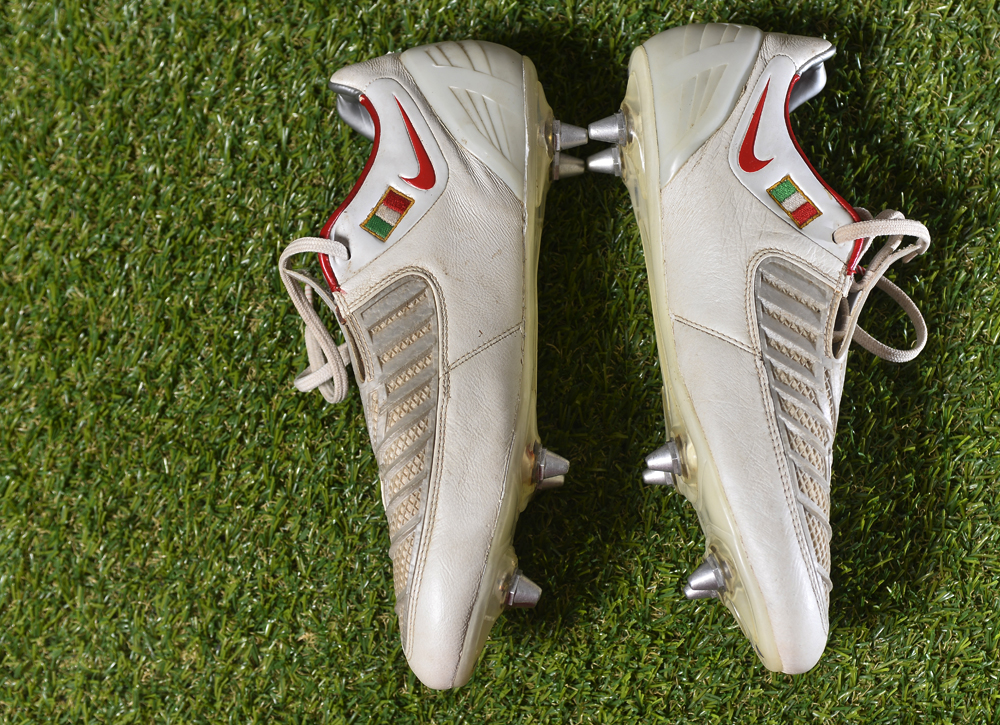 Grosso Grosso2022-07-03T14:47:09+00:00
Page load link
This site uses cookie technology, including third parties' ones. If you want to know more click here. If you access any element of this site outside this banner, you consent to the use of cookies. Ok
<script type='text/javascript' s