Cristiano Zanetti is a retired Italian footballer who played as a midfielder. Zanetti has been described as a hardworking and tough tackling defensive midfielder, with good vision, passing ability, and a controlling influence on the midfield, and was known in particular for his ability to break down possession and subsequently start attacking plays; despite his talents, he was often injury-prone throughout his career. Zanetti played for several Italian clubs throughout his career, winning titles with Fiorentina, Roma, Inter, and Juventus. At international level, he represented the Italy national football team at the 2000 Summer Olympics, at the 2002 FIFA World Cup and at UEFA Euro 2004. 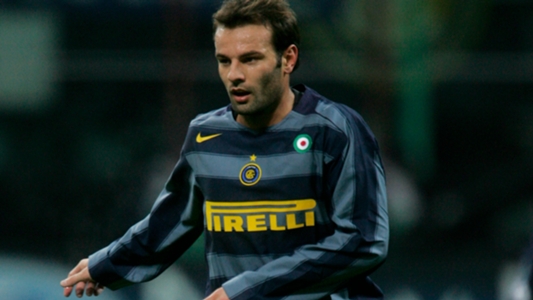 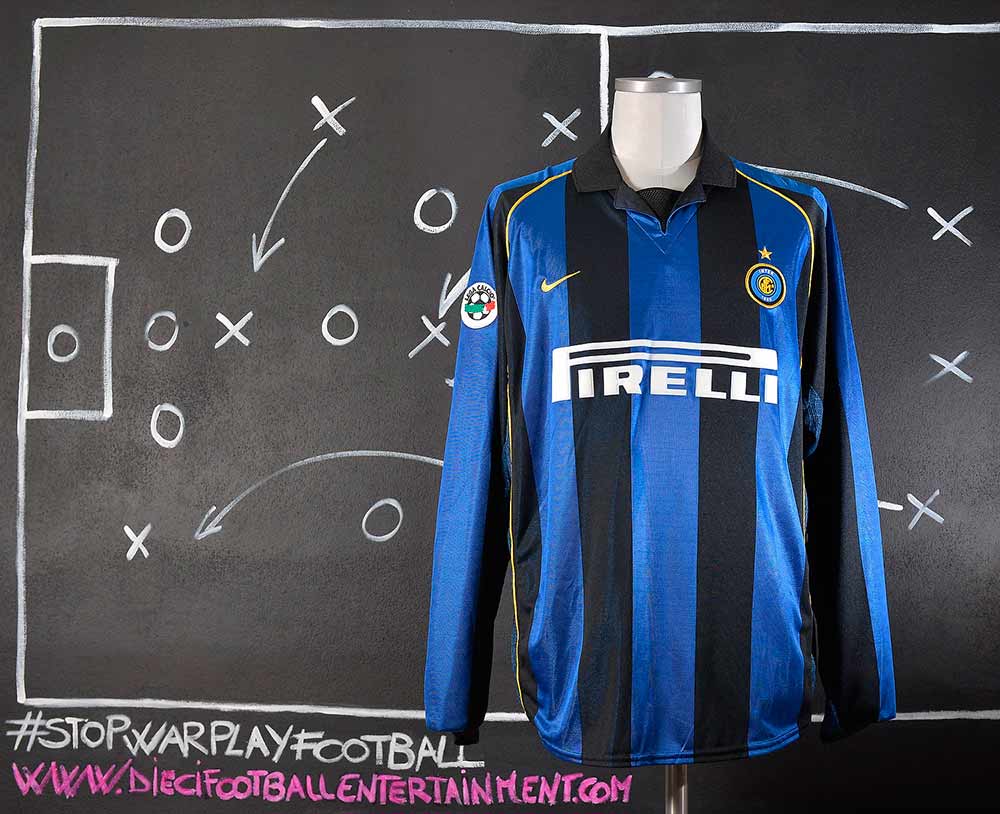 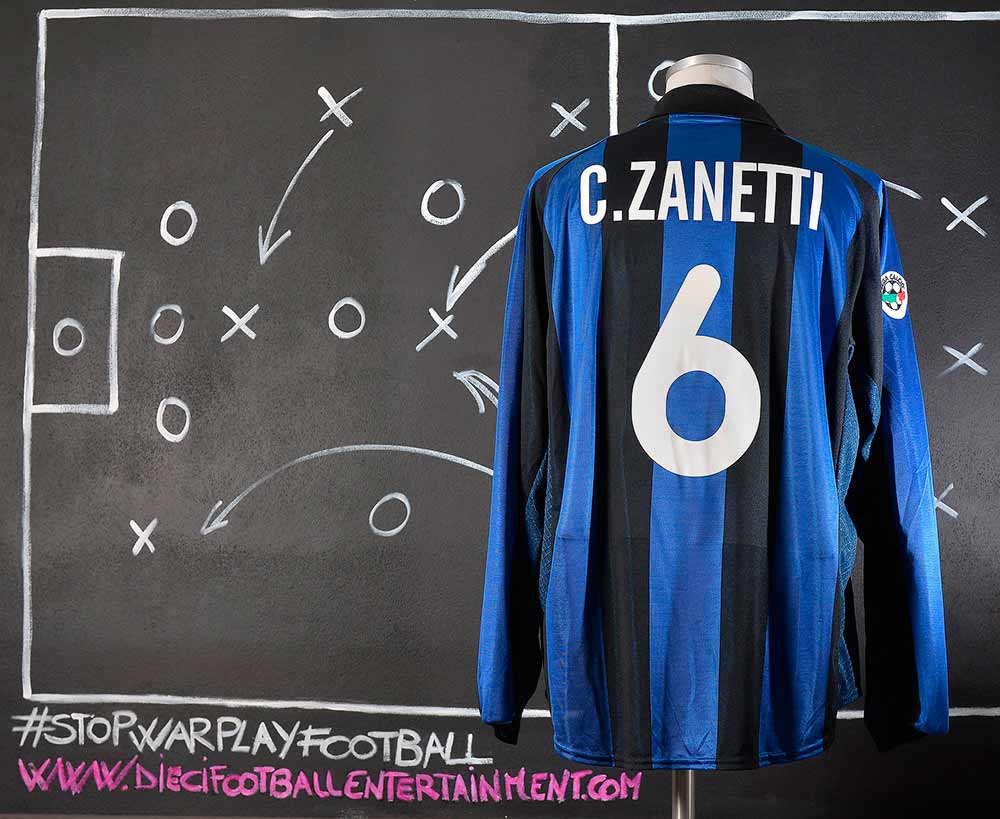 Toward the beginning of the 2001–02 season, Héctor Cúper was appointed new coach. Inter started well in Serie A, winning four times in five games. However, they did not manage to lead in January: A goalless draw against Lazio, in matchday 17, resulted in second place. During the return half, Inter collected 27 points in 11 matches before losing to Atalanta in early April. The side did not lose top position, but Juventus and Roma filled part of gap. Inter also suffered a disappointment in UEFA Cup, being knocked out by Feyenoord. The last matchday resulted deadly for title hopes: Inter faced off with Lazio, who still had some chances for a European spot. In the first half of the match, Karel Poborský equalized Christian Vieri and Luigi Di Biagio’s goals. During the second half, Diego Simeone and Simone Inzaghi scored to give Lazio a 4–2 win. As both Juventus and Roma won their games, Inter fell to third place, just reaching a Champions League’s play-off. 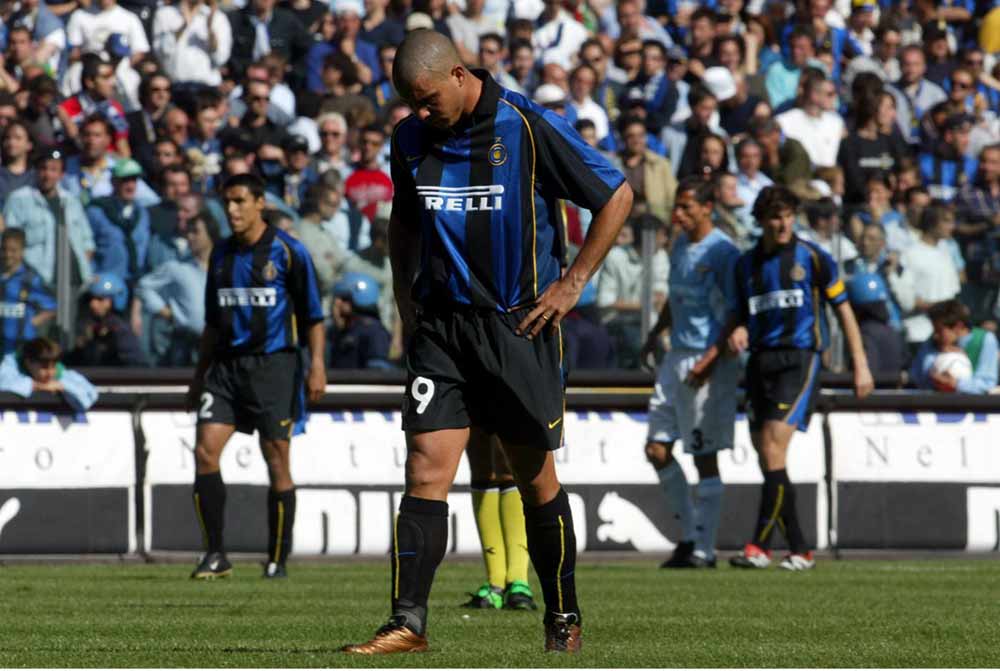 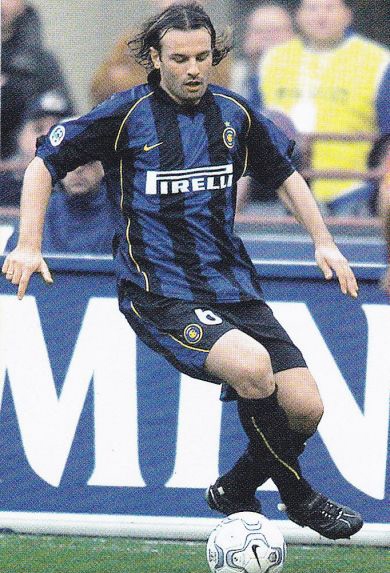 In June 2001, Zanetti re-joined Internazionale under manager Hector Cuper; Inter paid 10 billion Italian lire to buy back Zanetti. He was a regular starter under Cuper, and with the club he managed to the reach of the semi-finals of the 2001–02 UEFA Cup and the 2002–03 UEFA Champions League, also narrowly missing out on the Serie A title both of those seasons. The 2003–04 season was more disappointing, however, and upon the arrival of new manager Roberto Mancini, he was deployed with less frequency due to injuries, as well as the arrivals of Edgar Davids and Esteban Cambiasso in midfield, although he was finally able to capture some silverware during his final two seasons at the club. During his second stint with Inter, he won two Coppa Italia trophies in 2005 and 2006, a Supercoppa Italiana in 2005, and he was also awarded a Serie A title after the Calciopoli scandal in 2006. 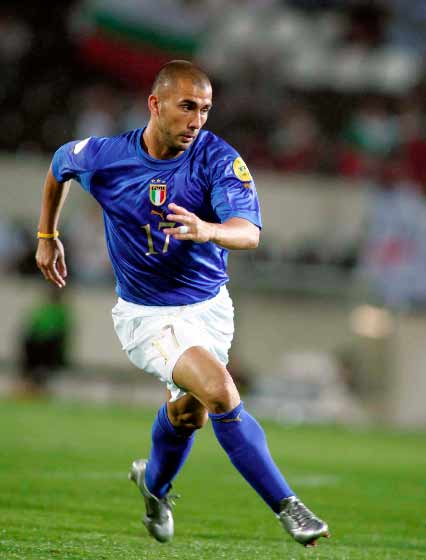 In the Euro 2004 competition Italy Team was in the Group C together with Bulgaria, Sweden and Denmark. Featured a three-way tie between Sweden, Denmark and Italy for first spot. All matches between the three sides had ended in draws and all three had beaten Bulgaria. The last games of the group were Italy vs Bulgaria and Sweden vs Denmark. Italy were ultimately eliminated on the number of goals scored between the three sides, after Sweden and Denmark drew 2–2 and qualified to the quarter-finals as group winners and runners-up. The Italians went so far as to accuse Sweden and Denmark of fixing their match, as both sides knew that a 2–2 result would advance them both over Italy, but UEFA disregarded such an idea. In the build-up to the Sweden v Denmark group game at Euro 2004, both the countries’ coaches were furious at the mere mention of “a fix”. The neighbours only needed to draw 2-2 to eliminate Italy but Morten Olsen and Tommy Soderberg were in defensive mode, with the Dane saying: “That’s ridiculous. Don’t speak about that. We are honest people. We are going out to win the game and that’s all. [Italy] can speak about these things but not Denmark and Sweden. We are going honestly for a result.” Soderberg became so angry when pressed by the Italians that he hit a table with his hand and banged a fist against his chest as he said: “We say it again, we will not make a deal with Denmark. It’s about passion and dignity.” Lars Lagerback, Soderberg’s co-coach, added: “Machiavelli might have been Italian and Italians might like to think in a Machiavellian way, but it would not be possible to play for a 2-2 draw against Denmark and I don’t think it will end 2-2 – that is a very unusual result.” During the game Jon Dahl Tomasson fired Denmark in front with a superb dipping volley from 20 yards out. Henrik Larsson equalised from the spot after the interval for Sweden but Tomasson restored Denmark’s lead with a drilled shot from inside the area. It remained 2-1 to Denmark … until the 88th minute, when Mattias Jonson scored to send Sweden and Denmark through to the last eight and Italy home. Years after the game the Swedish football magazine Offside published a piece about the game and what was said between the players during the 90 minutes at the Bessa Stadium in Porto. They were said in jest – but it was not easy reading for the Italians. During the warm-up Erik Edman had asked Daniel Jensen “should we go for 2-2?” to which the Danish defender smiled and said: “Yes, why not?” Edman then said: “OK, you concede first.” During the game Sweden’s Anders Andersson shouted “come on, bloody hell, give us a break now” to Denmark’s Thomas Gravesen when Sweden were losing 2-1. “Yes, but then you have to at least go forward,” said the Danish midfielder, who was dominating the game. After the final whistle, with the 2-2 result confirmed, the Swedish striker Marcus Allback heard a voice behind him, saying: “Mackan, Mackan.” It was Allback’s Danish team-mate at Aston Villa, Thomas Sorensen, calling him by his nickname before lifting him up in the air. Allback was horrified and shouted: “Let me go, let me go, this is embarrassing.” 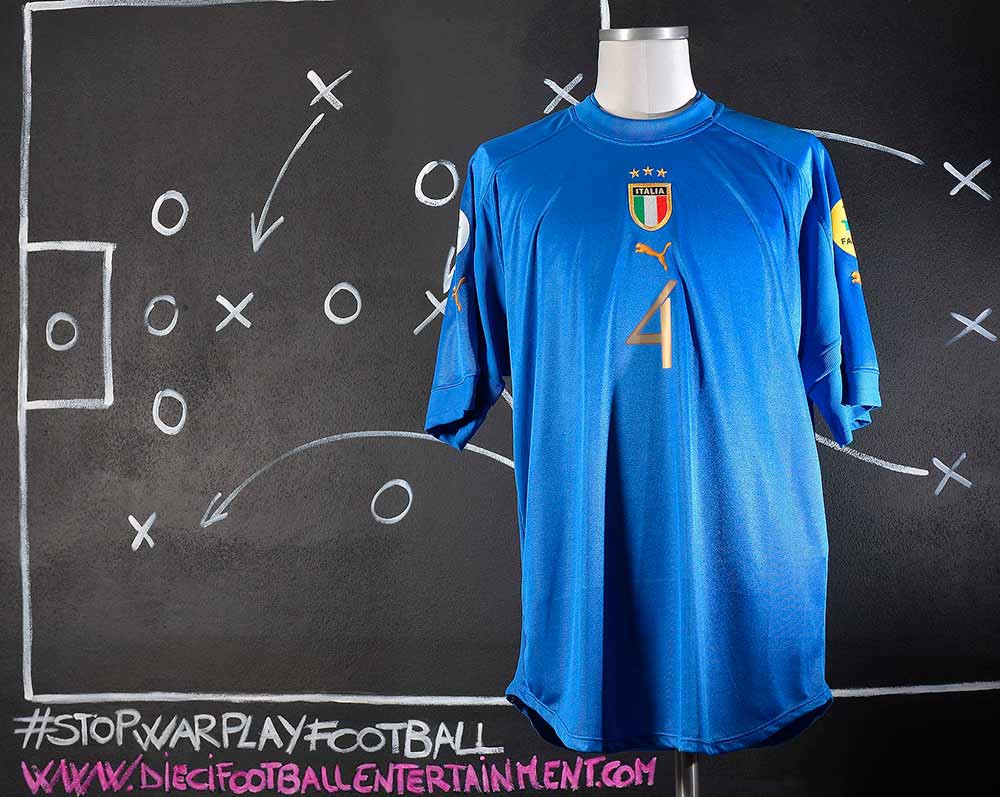 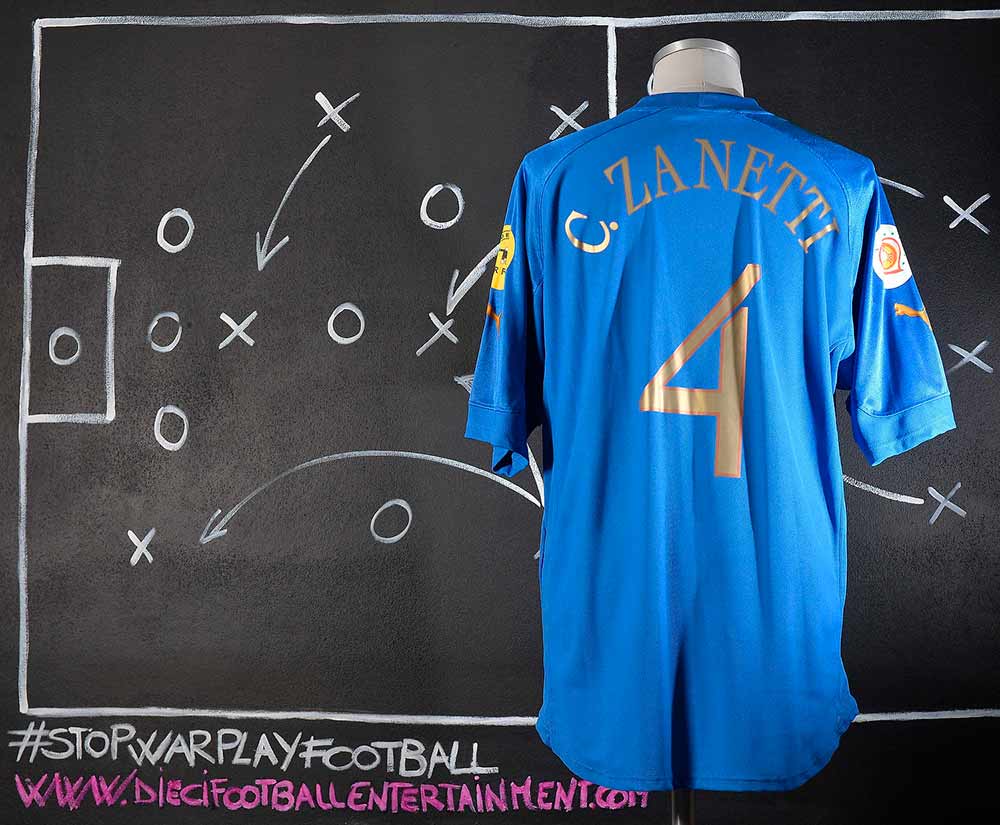 Zanetti represented Italy at Under-21 level on 19 occasions, winning the 2000 UEFA European Under-21 Championship under manager Marco Tardelli; he also took part in the 2000 Summer Olympics in Sydney with Italy, where the team was eliminated in the quarter-finals. He subsequently played for the Italian senior national team at the 2002 FIFA World Cup and at UEFA Euro 2004. In total, he won 17 caps for the national side between 2001 and 2004, under Giovanni Trapattoni, and he scored one goal in a 2–1 friendly away win over Switzerland, on the 30 April 2003. 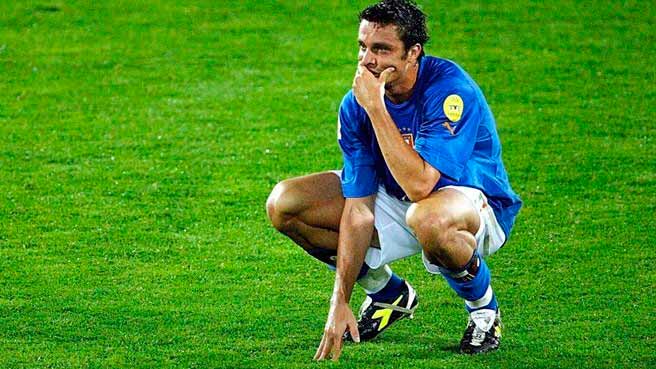 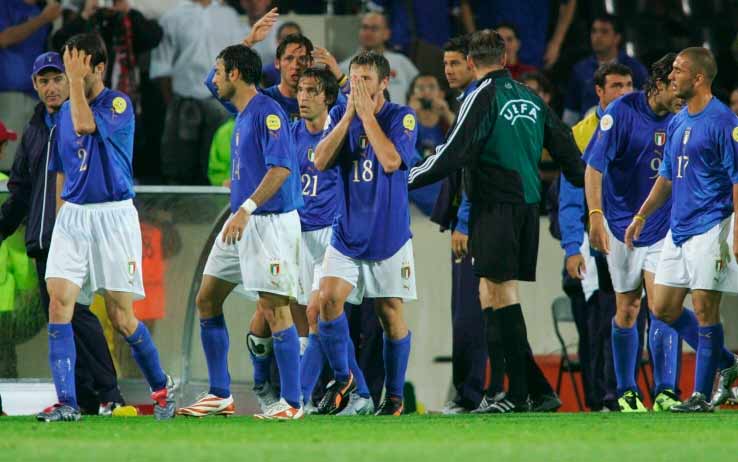 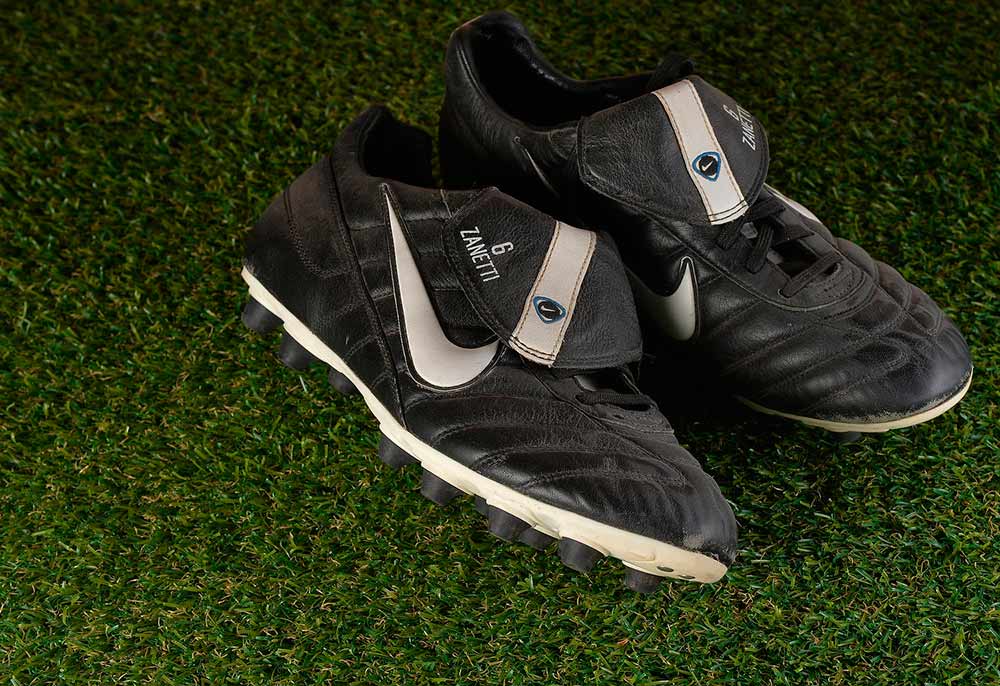 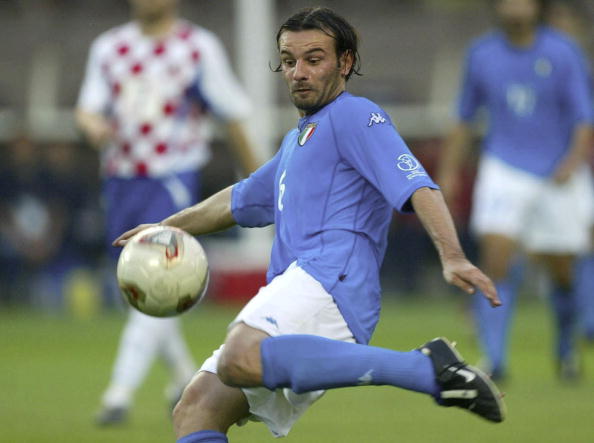 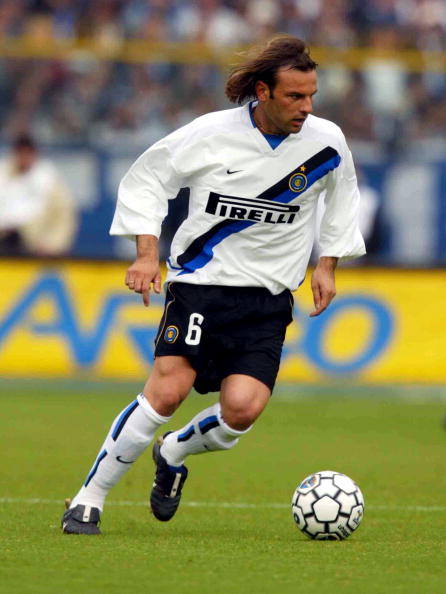 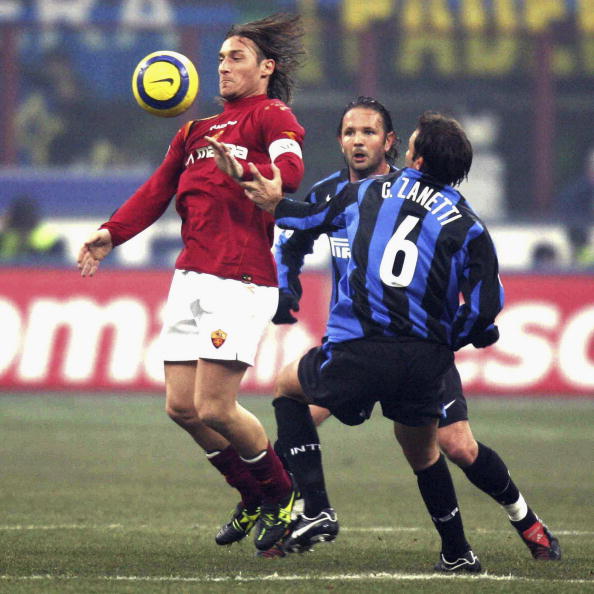 Grosso Grosso2021-01-05T17:38:23+00:00
Page load link
This site uses cookie technology, including third parties' ones. If you want to know more click here. If you access any element of this site outside this banner, you consent to the use of cookies. Ok
Go to Top