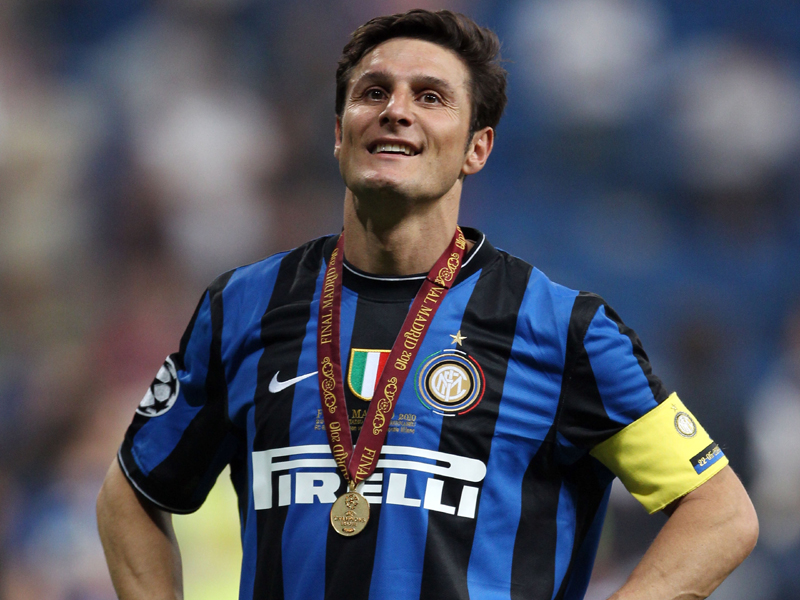 Javier Zanetti  is an Argentine former footballer who played as a defender or midfielder. He started his career in Argentina, first with Talleres, and then Banfield. From 1995 to 2014 he played for Italian club Internazionale, and served as captain from 1999, earning him the nickname “Il Capitano” (“The Captain”). With 1114 official games played, in the 2017 he is the fifth player in history with the most career appearances. He is also the foreign player with the most appearances in Serie A (615), and holds the fourth-most appearances in the league, behind only Paolo Maldini, Gianluigi Buffon and Francesco Totti. He is the most capped player in the history of Inter (858), and won 16 trophies with the club: five Scudetti, four Coppa Italia, four Supercoppa Italiana, one UEFA Cup, one Champions League and the FIFA Club World Cup. He is also the most capped player as captain in the Champions League (82). With the Argentina national team he played in 145 games, a figure that makes him the player with the most appearances in the history of La Albiceleste. With Argentina he reached the final of the Copa América in 2004 and 2007, and Confederations Cup in 1995 and 2005. Known for his versatility, he was adept on both the left and right wing, having played on both flanks as a full-back, as well as a winger.[3] He could also play as a defensive midfielder. On retiring, the club retired his number 4 jersey and named him as its vice president. 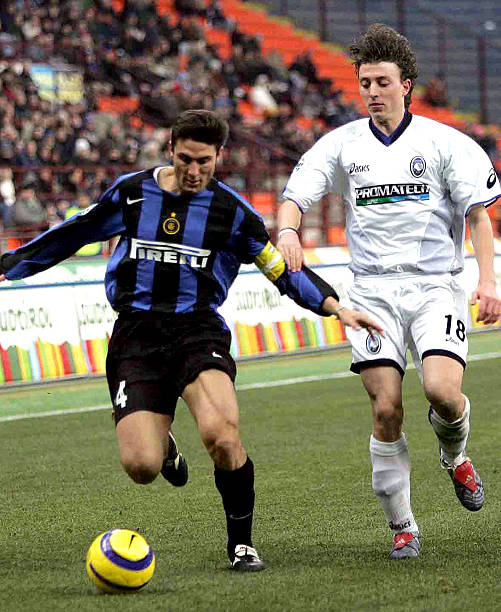 As a part of the squad for 19 seasons and with 858 appearances across all competitions, he is currently the team’s longest-tenured player, and the first overall – surpassing Giuseppe Bergomi (758) – in the all-time list of Inter players by most games played. Throughout his stay with the club, he won 16 trophies, 15 of which came under his captaincy : the UEFA Cup in 1998, the 2005, 2006, 2010 and 2011 Coppa Italia, the 2005, 2006, 2008 and 2010 Supercoppa Italiana, the 2005–06, 2006–07, 2007–08, 2008–09 and 2009–10 Scudetti and the 2009–10 UEFA Champions League. Zanetti went 12 years without being sent off in a match. The first time he was sent off in his career was on 17 February 1999 in a Coppa Italia match against Parma, but he broke his streak when he was sent off in a Serie A match against Udinese on 3 December 2011. These were the only two times he was sent off during his entire career at Inter. At Inter, Zanetti played under 19 different coaches, making him the only player to have played under this many coaches. He has pledged his future to the Nerazzurri, hoping to have a future behind the desk at the club in his retirement from playing. “Inter means a lot to me”, Zanetti said. 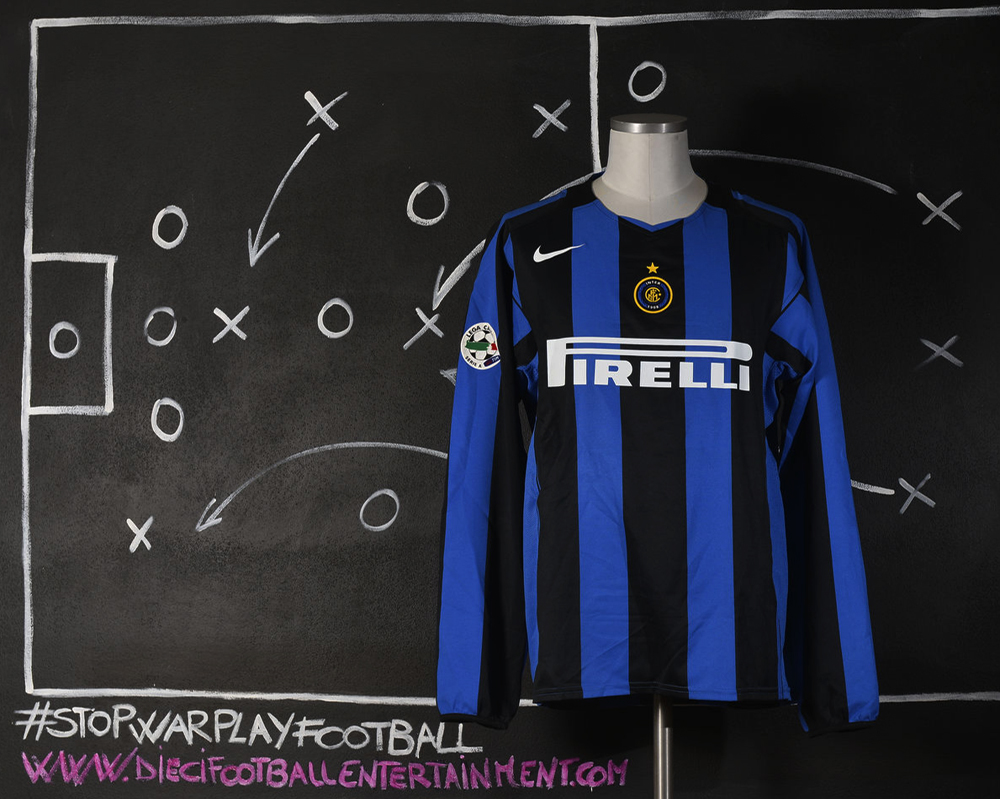 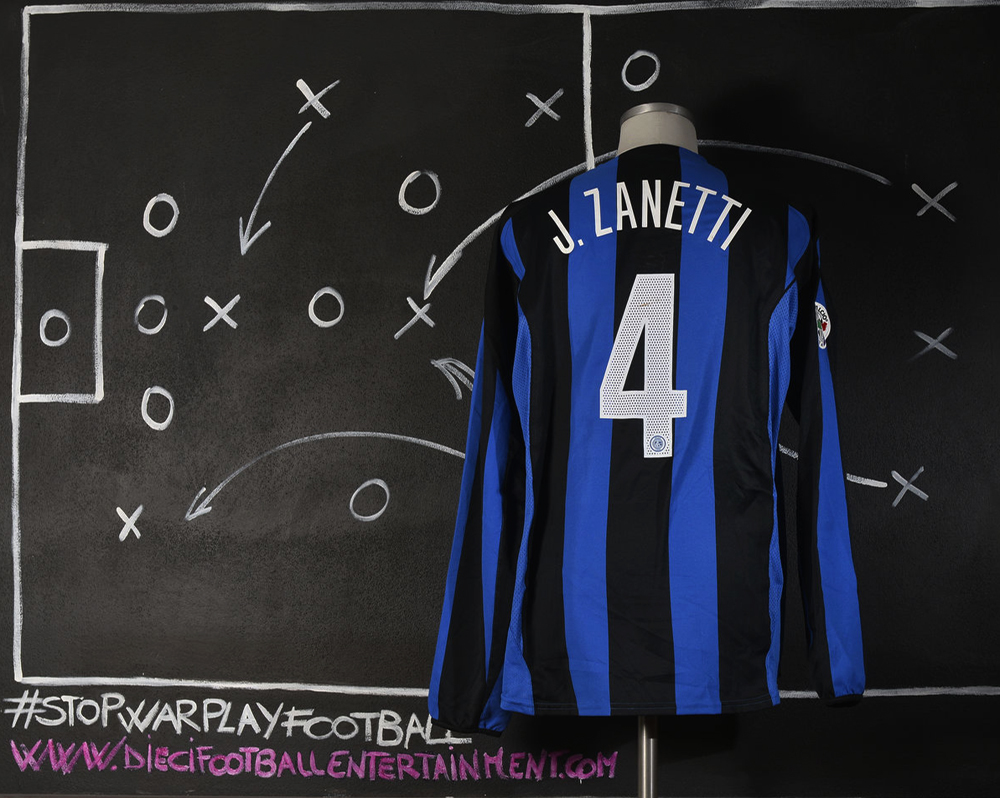 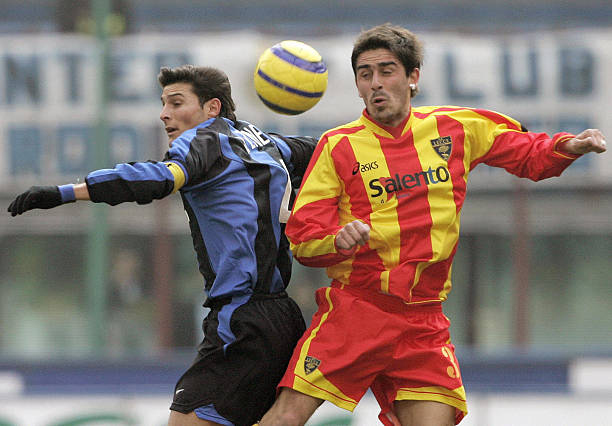 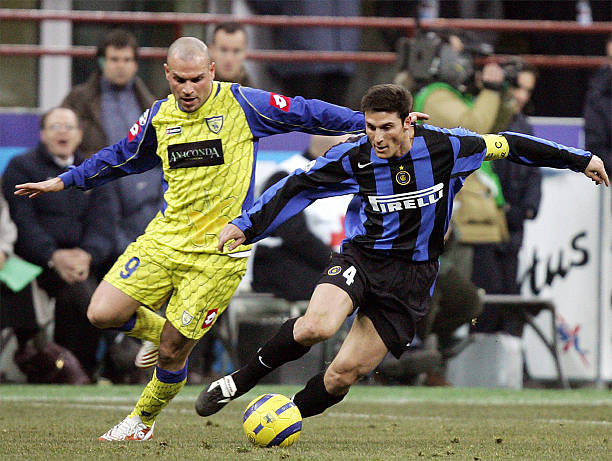 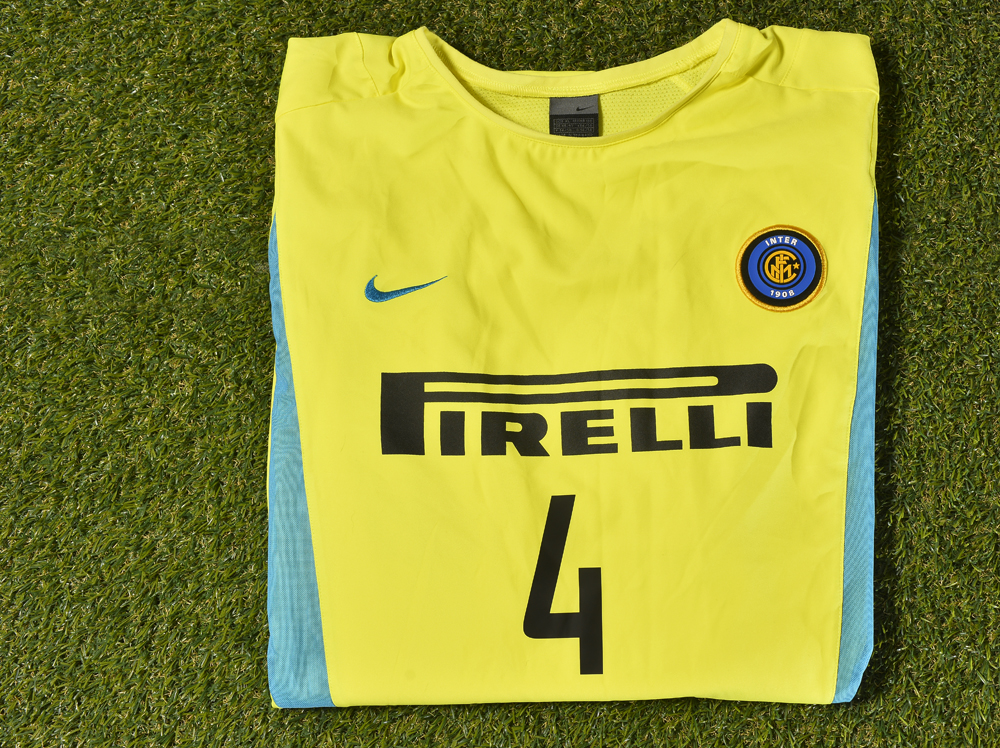 The start of the season was marked by the departure of Ronaldo and the arrival of Hernán Crespo after club had already acquired Fabio Cannavaro, Matias Almeyda and Domenico Morfeo. Crespo, along with Vieri, built an attacking duo. Crespo was essential in the 2002–03 UEFA Champions League  while Vieri usually scored in the domestic matches. Their partnership worked until Crespo sustained an injury, which sidelined him for several weeks. Without him, despite replaced by Batistuta, Inter lost some key matches. One of these was against Juventus who, could finally aim for the title. Inter managed to get to the Champions League quarter-finals, after passing in second in the group phase. Inter’s opponent was Valencia, winning 1–0 at home. A 2–1 defeat in Spain had no effect on qualification, due to the away goals rule. As Crespo came back from injury, Vieri got injured, but he managed to retain the title of the league’s top scorer, with 24 goals. In the semifinals, Inter lost to Milan due to Shevchenko’s away goal in the second leg, equalized by Martins, for a 1–1 aggregate that sent Milan to the final on away goals. Focused on the European competition, Inter collected two draws in the league that stuck them behind Juventus who won title, the second in row. 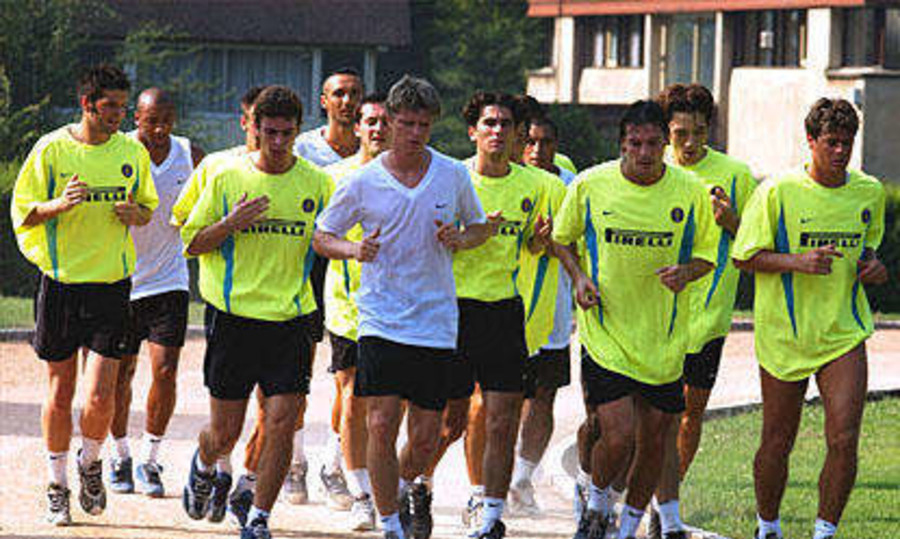 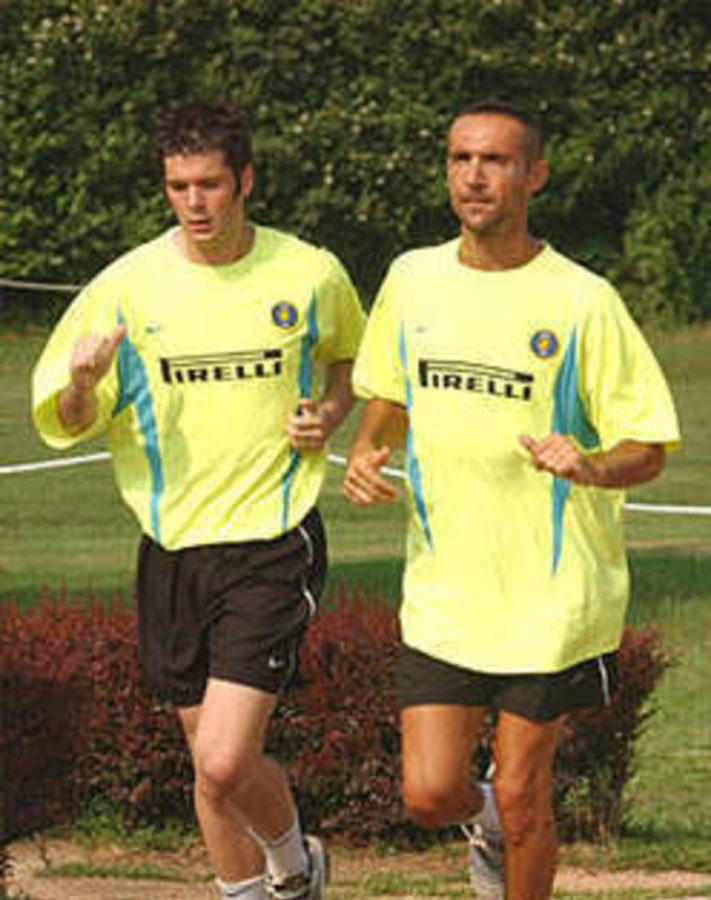 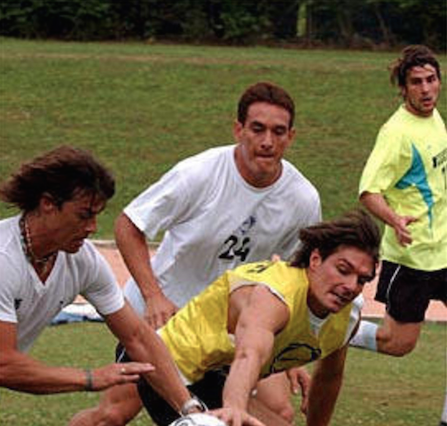 This shirt was worn by Javier Zanetti during the Serie A game between Udinese and Internazionale which took place in Udine, “Stadio Friuli”, on January 6th 2013. Udinese defeated Internazionale 3-0 and at the end of the game Zanetti gave his worn shirt to the Udinese’s assistant coach whom we got it from. Zanetti also signed the shirt for him with a blue marker on the number. On 10 March 2013, Zanetti played in his 600th Serie A match for Inter, a 1–0 loss to Bologna at the San Siro. On 21 April 2014, in the 1–0 home win against Parma, Zanetti played his 1,100th official match and became the player with the fourth-most appearances of all time. 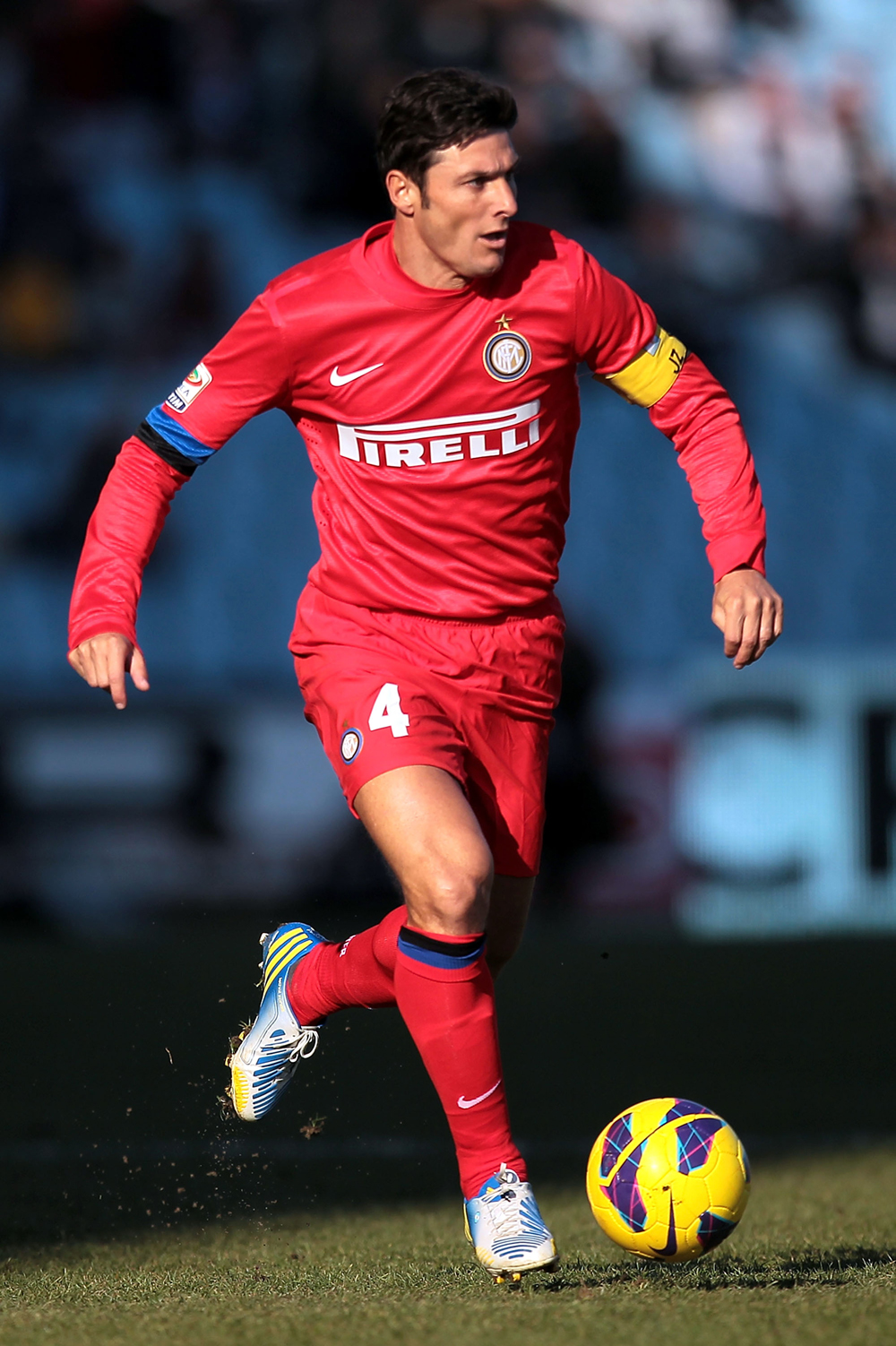 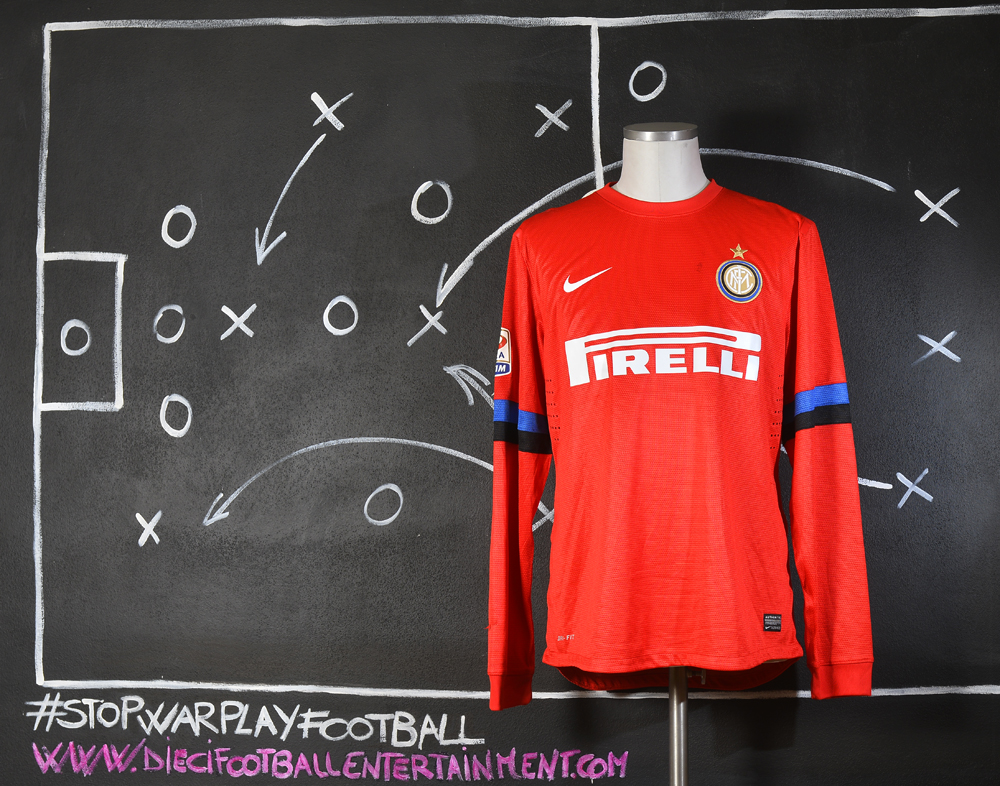 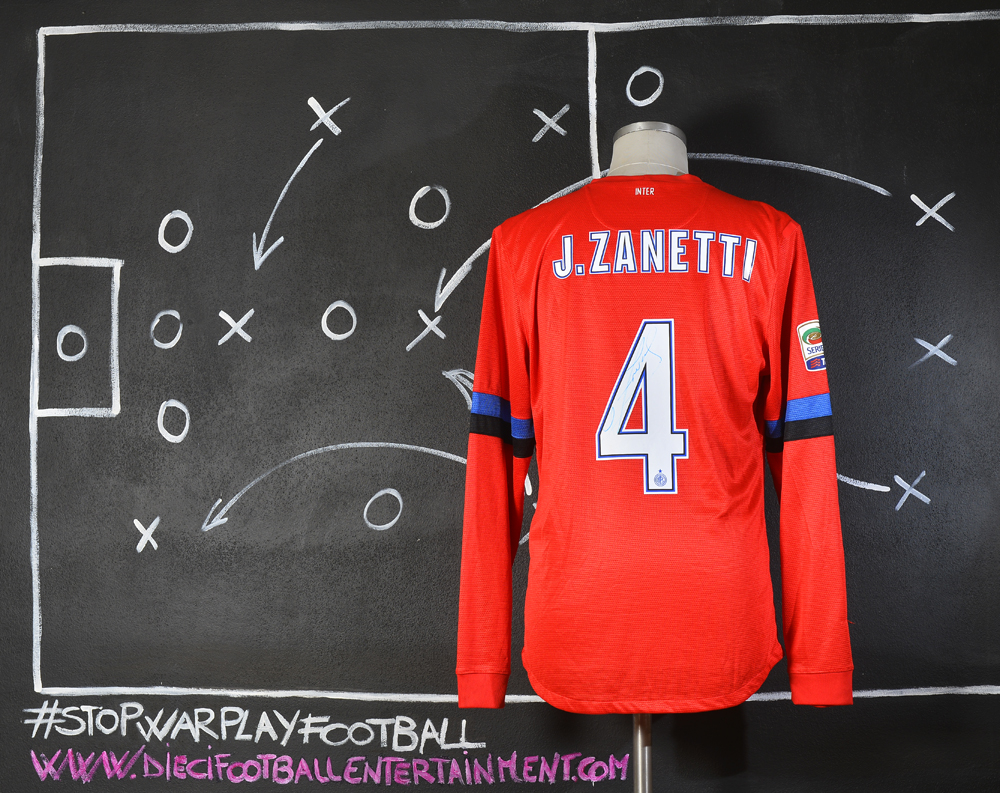 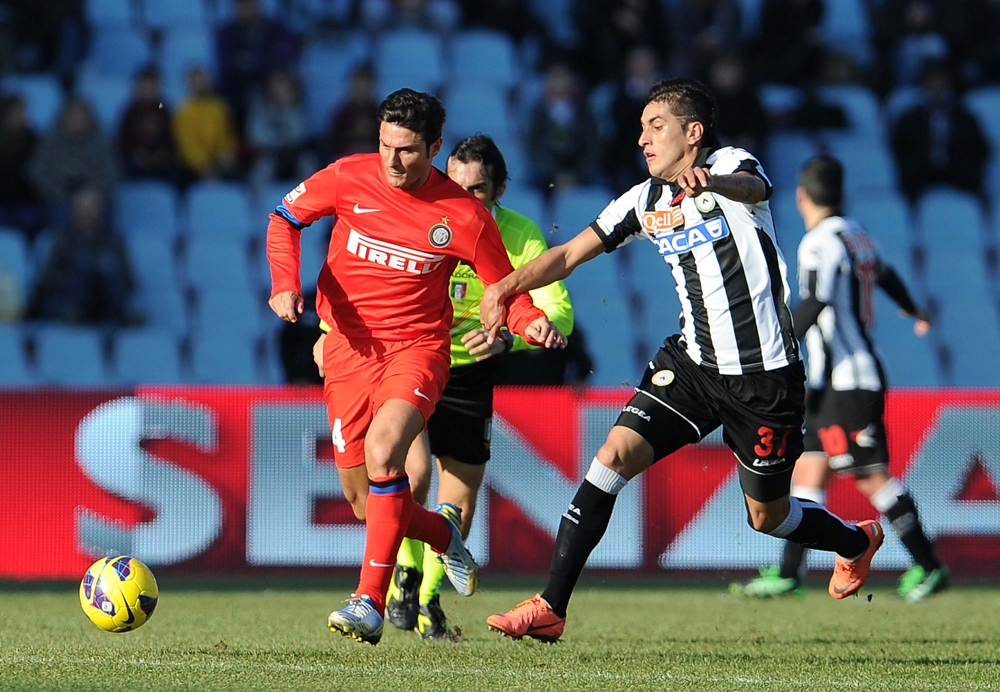 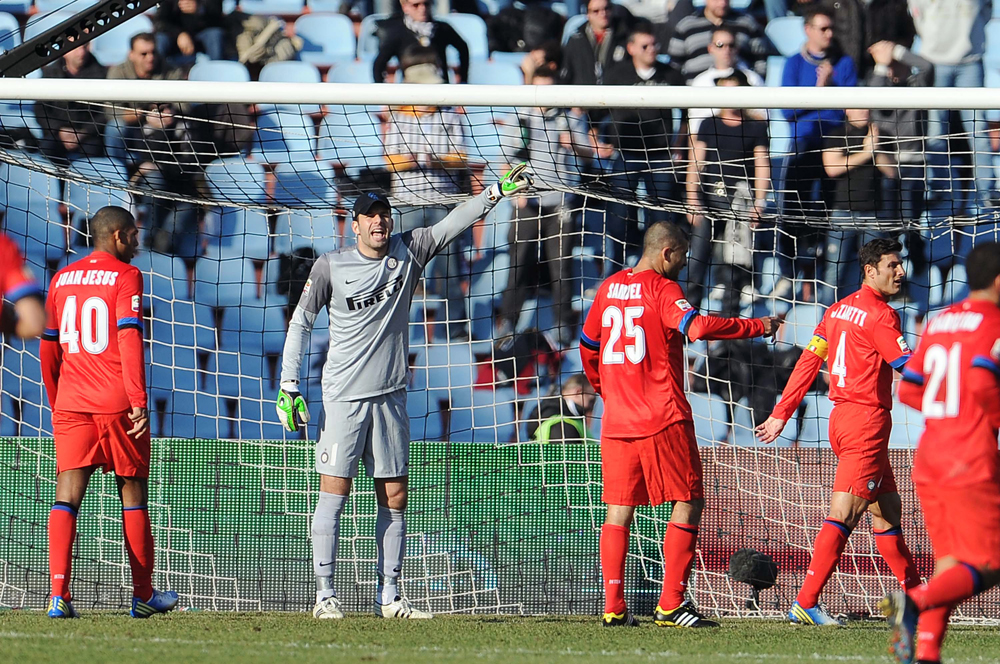 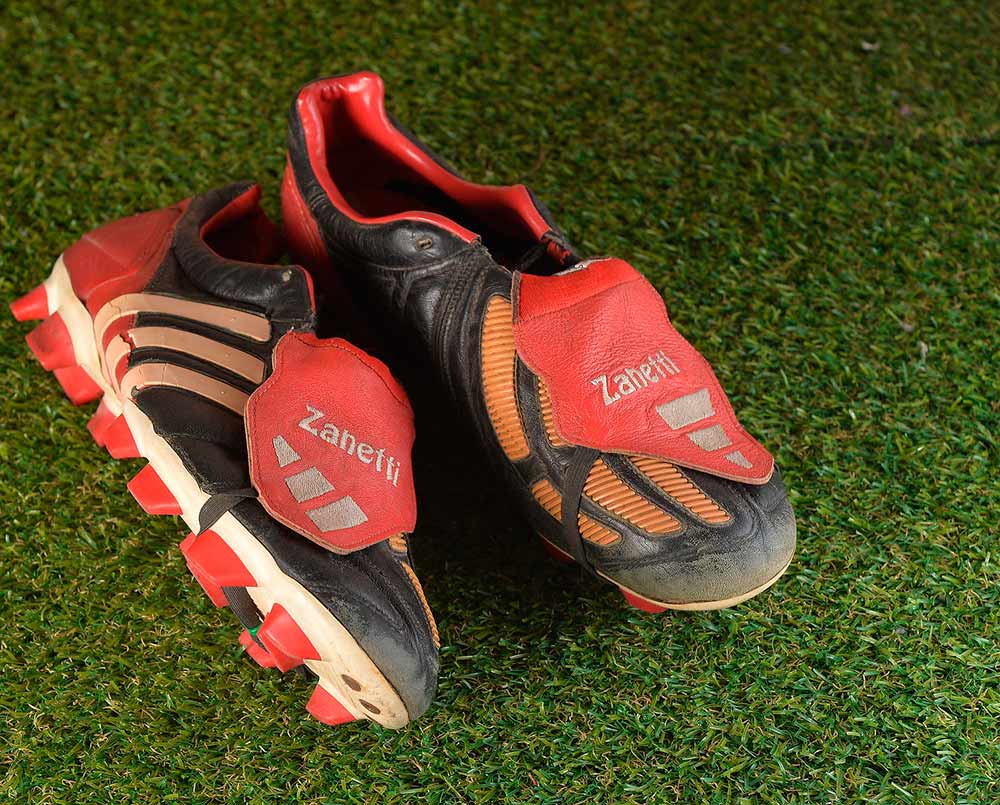 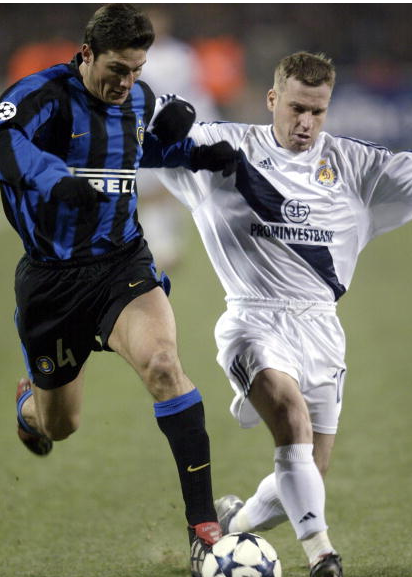 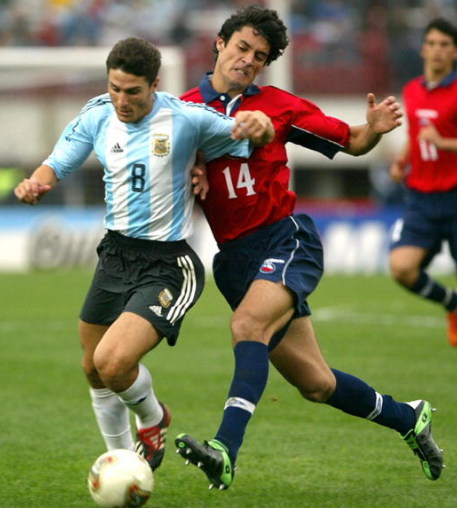 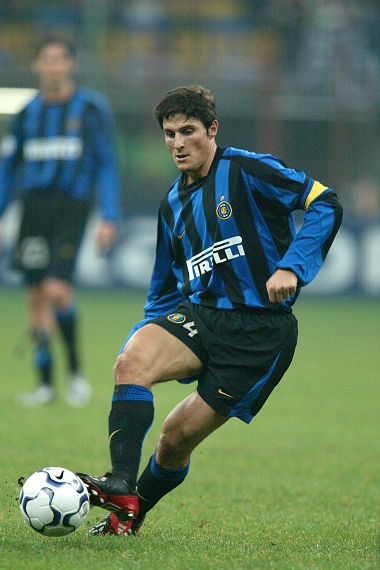 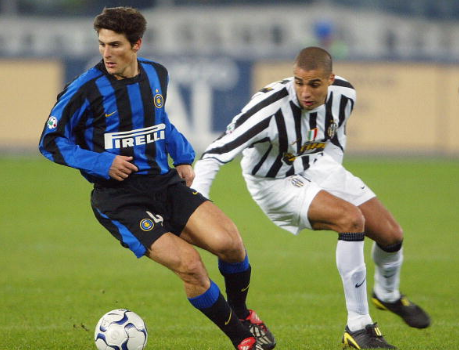 Grosso Grosso2022-11-02T01:20:43+00:00
Page load link
This site uses cookie technology, including third parties' ones. If you want to know more click here. If you access any element of this site outside this banner, you consent to the use of cookies. Ok
Go to Top